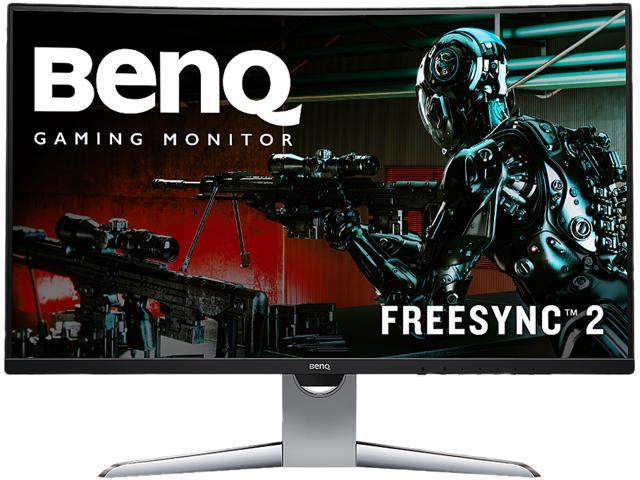 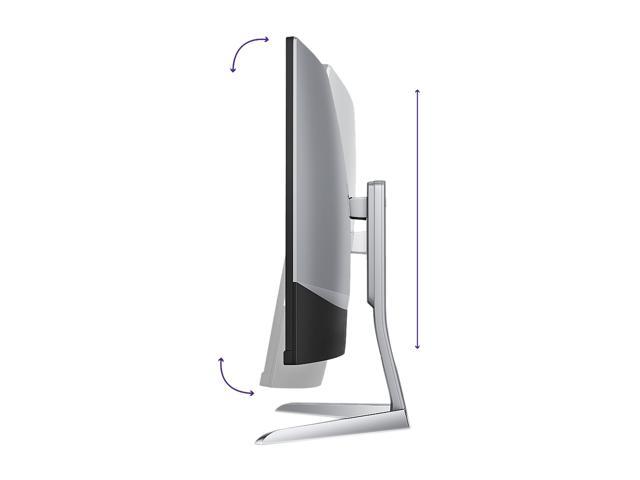 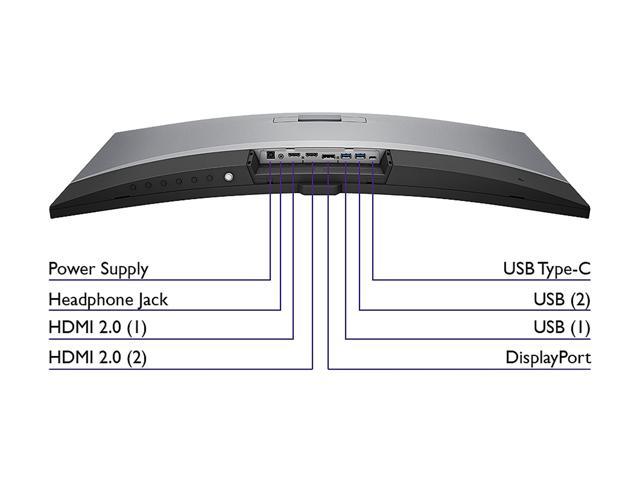 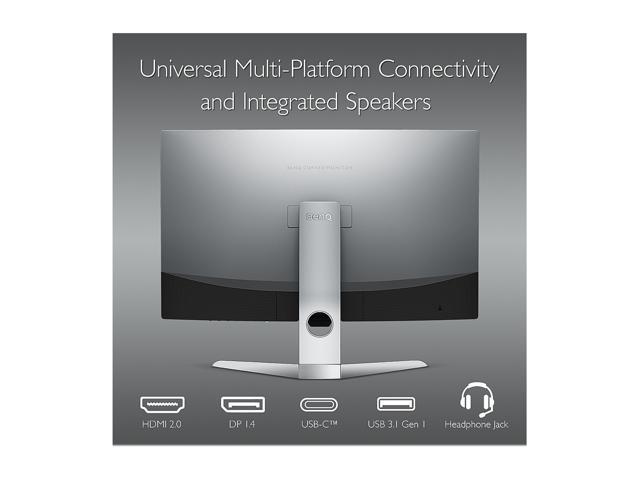 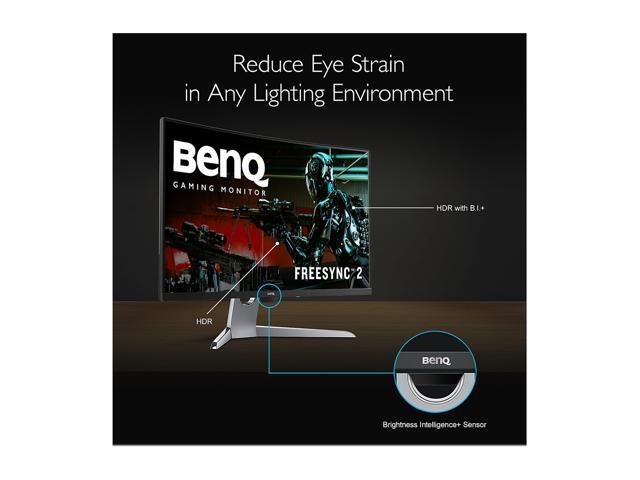 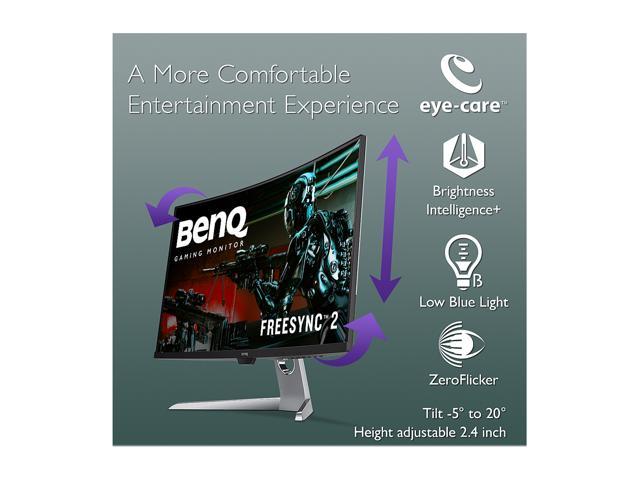 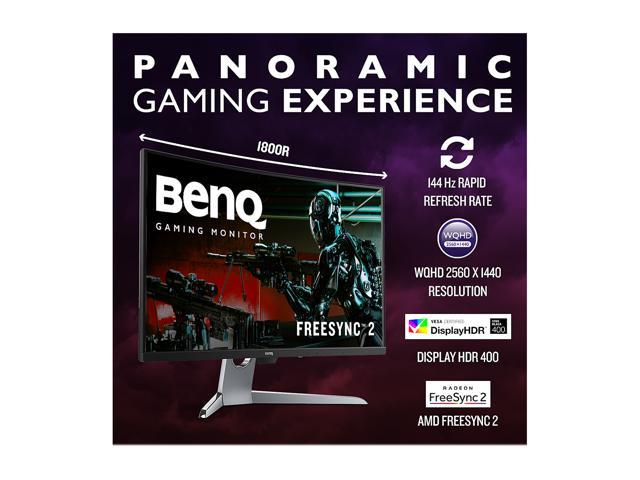 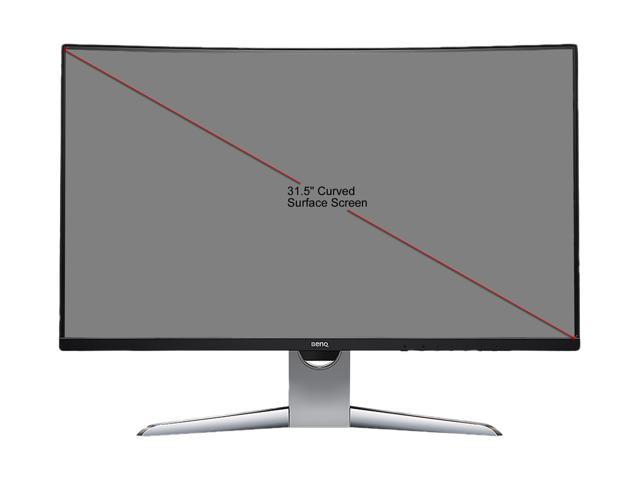 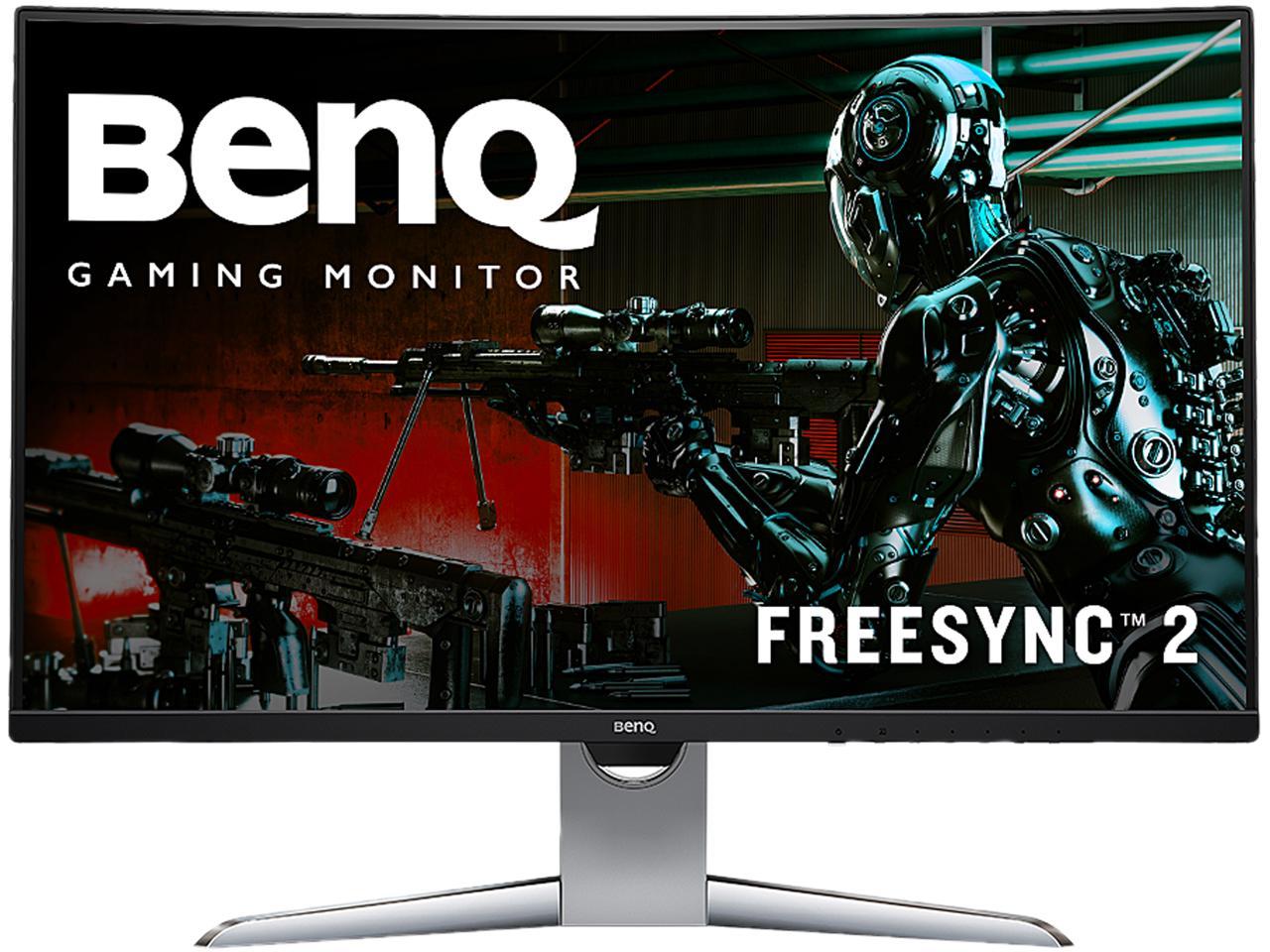 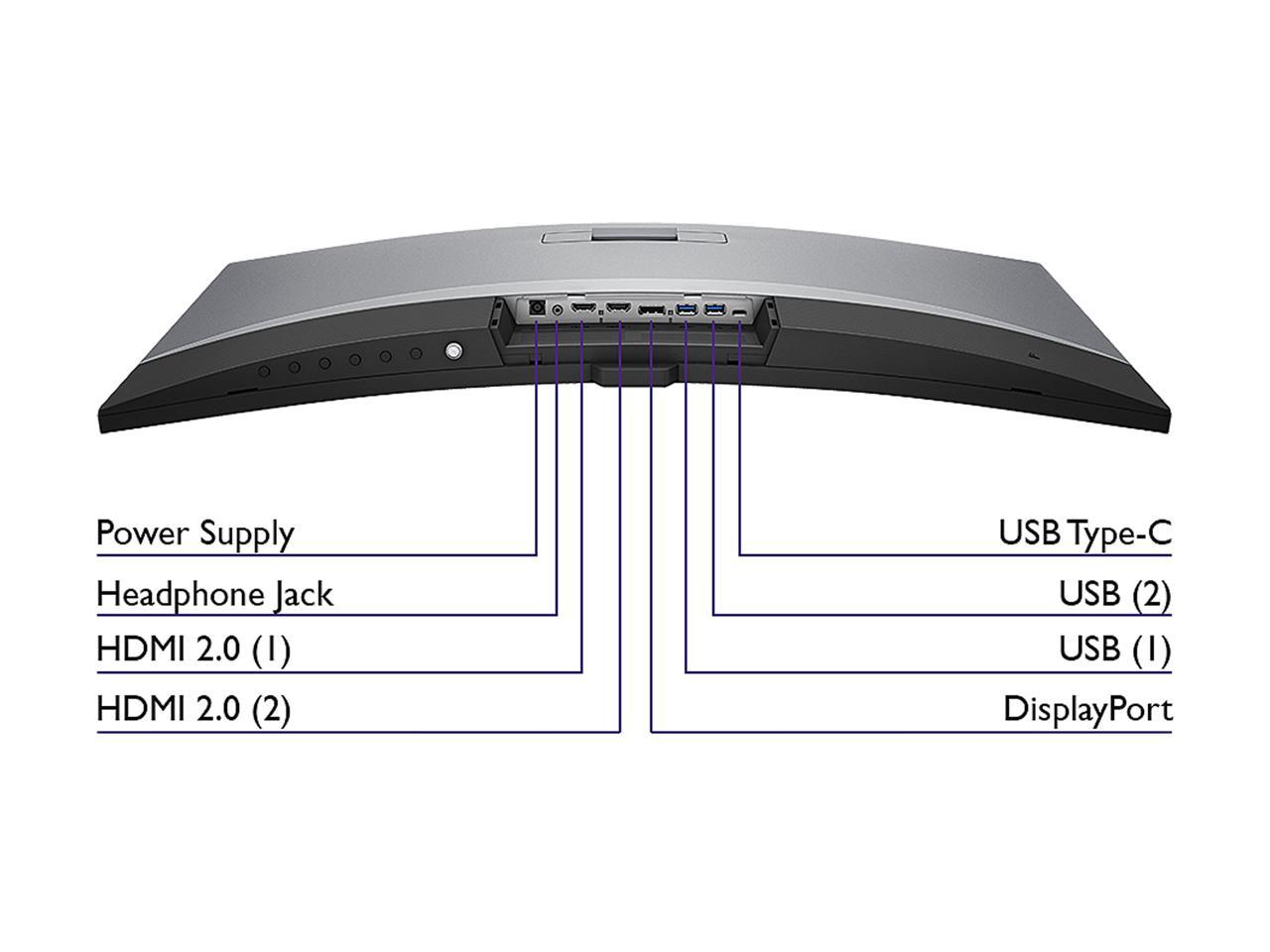 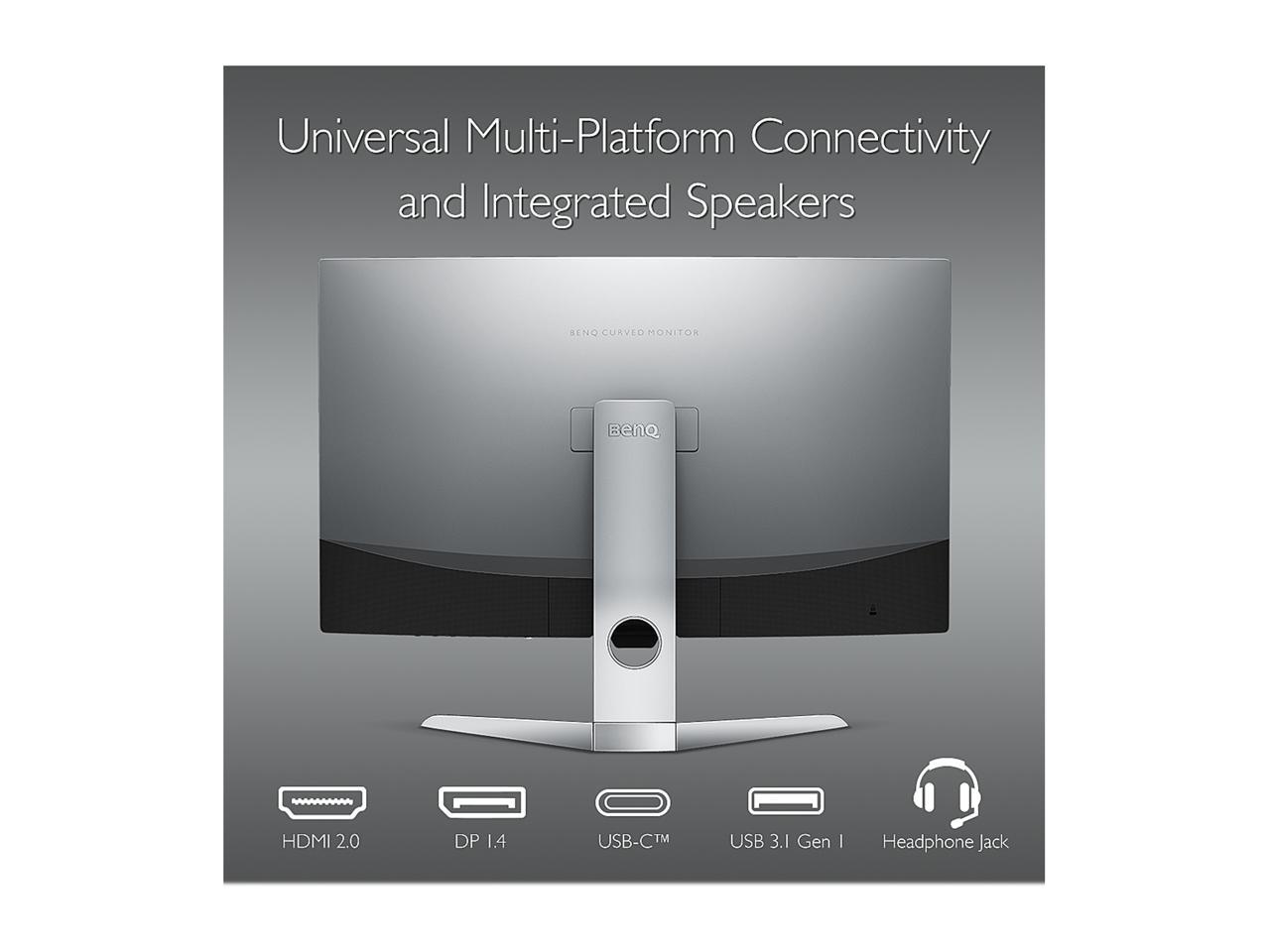 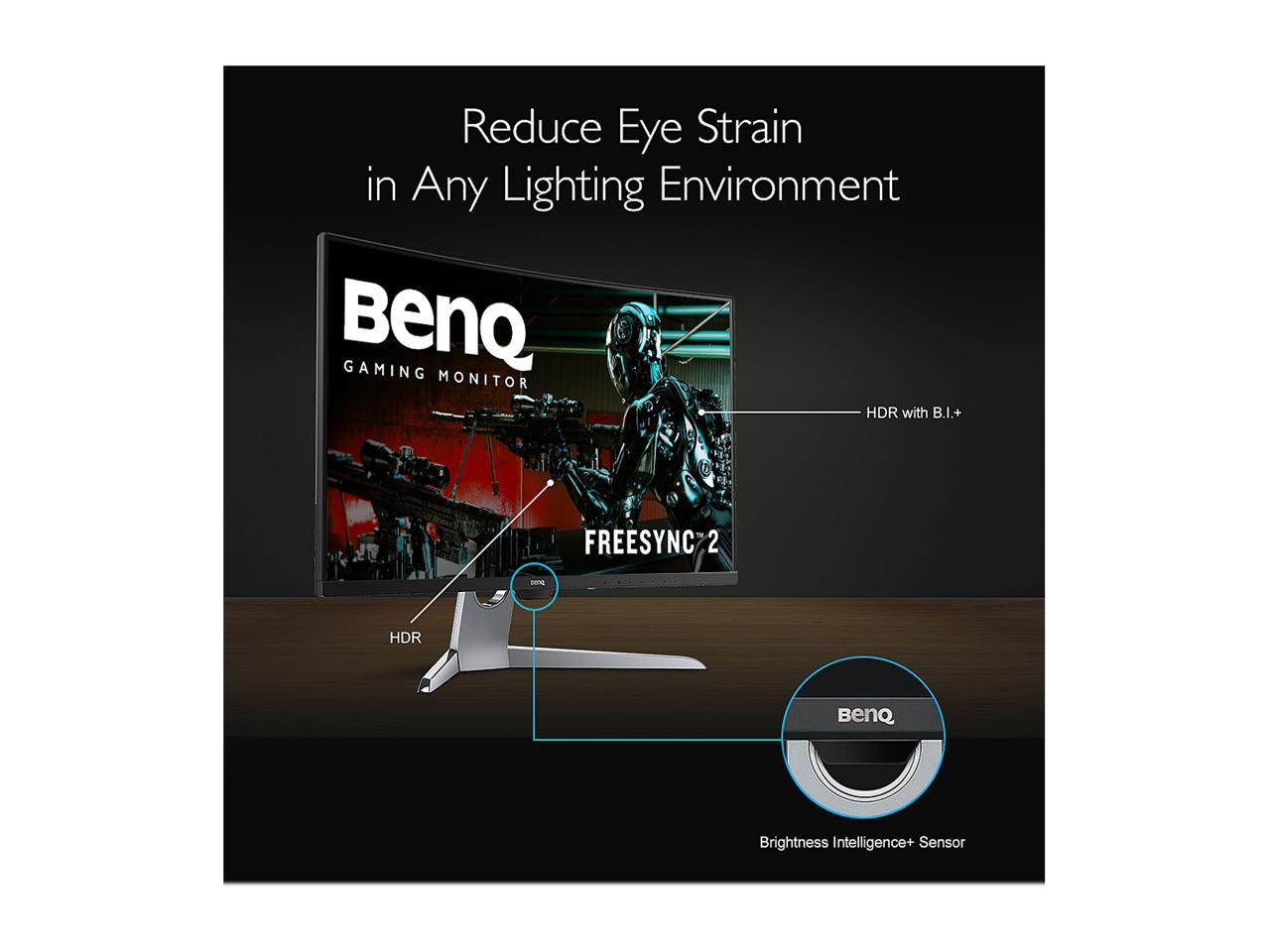 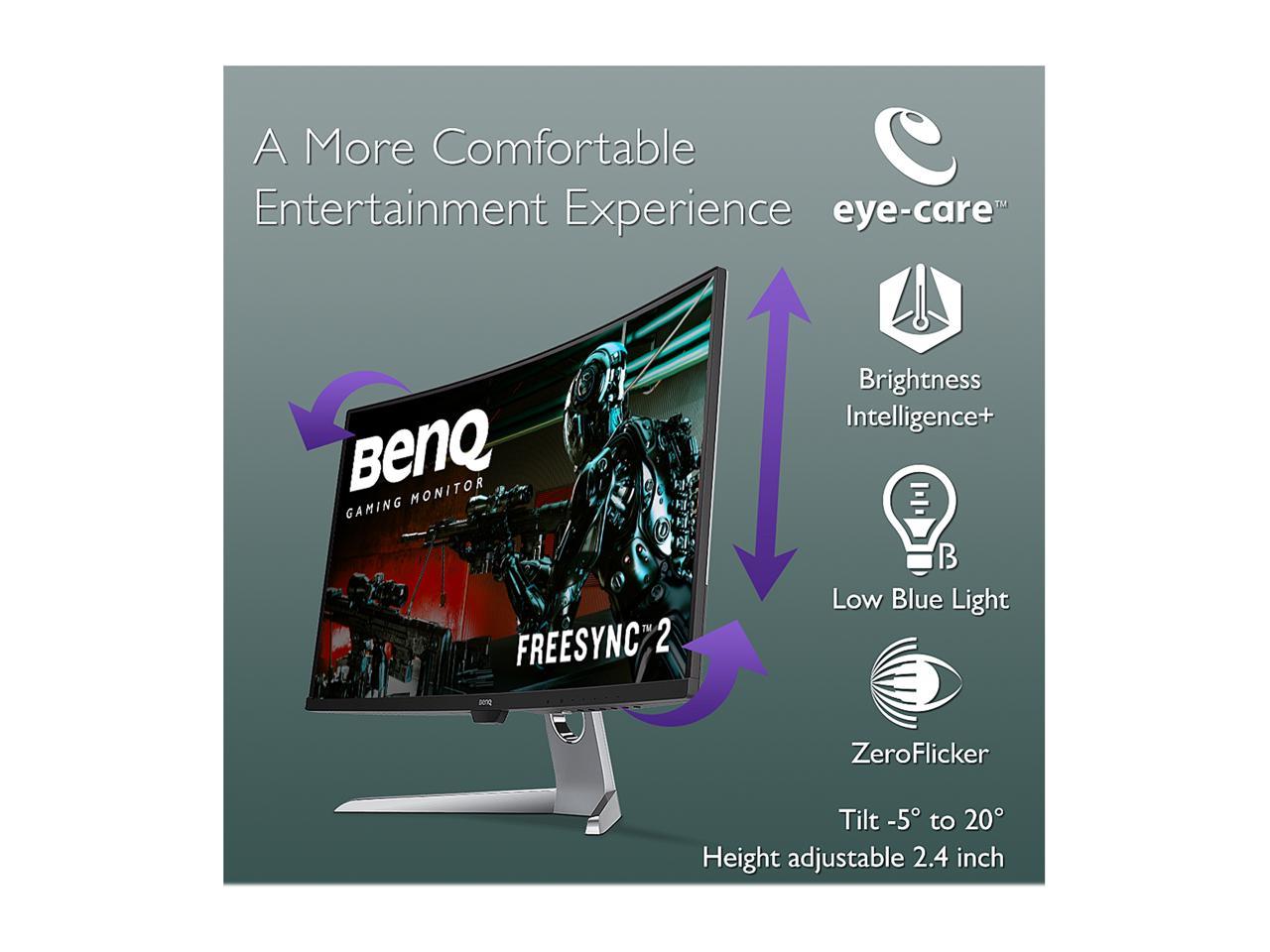 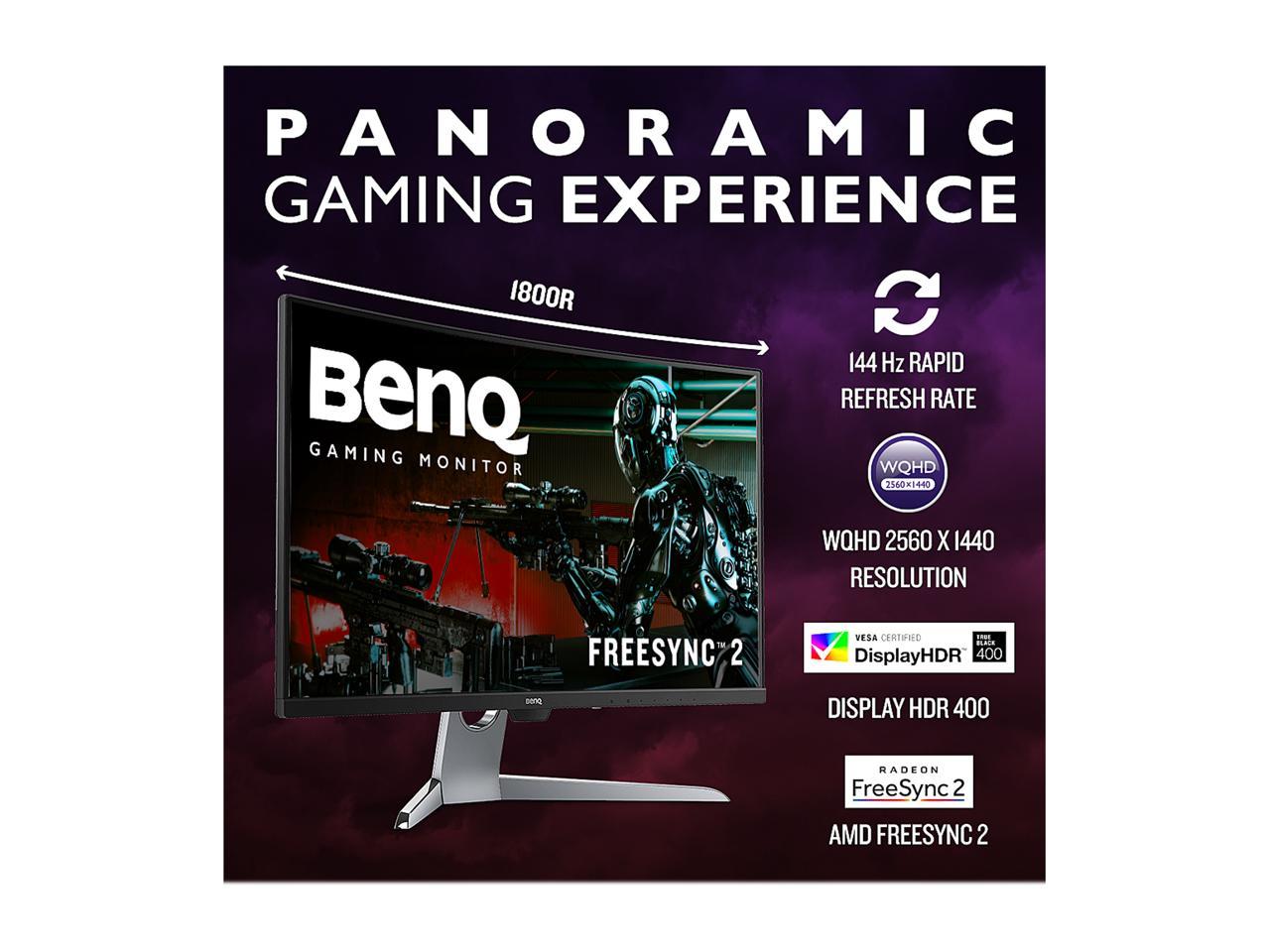 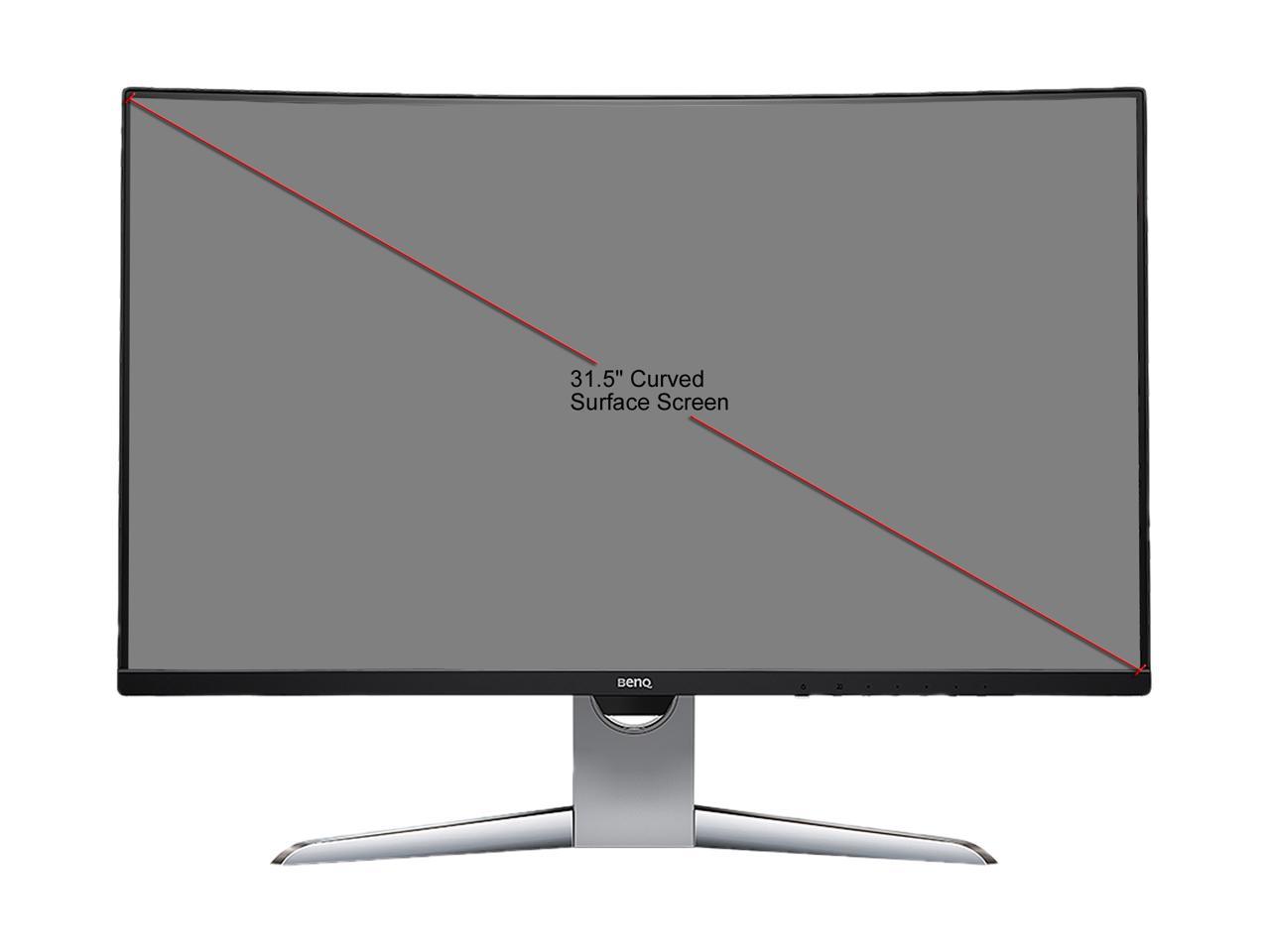 EX3203R brings HDR together with Brightness Intelligence Plus to gently soften bright areas while keeping dark details crystal clear even in dimly lit environments. By combining HDR with B.I.+ Mode, which constitutes BenQ’s exclusive Opt-Clarity Technology, the details are brilliantly visible even in dark environments while your eyes are protected during gaming or video streaming. The ultra-high 3000:1 native contrast, which is 3X higher than normal panels, adds stunning color depth and detail to dark images with exquisite subtlety and clarity. EX3203R covers 100% of Rec. 709 and 90% of DCI-P3 standards to ensure HDTV and Digital Cinema accuracy that match your defined authentic colors. With almost twice the pixel density of FHD, QHD's 2560X1440 resolution can reveal details of the image in extreme clarity and sharpness to enhance your gaming enjoyment. Far surpassing mainstream monitors, EX3203R's 31.5" presence instantly captures your attention and fills your field of vision with the 1800R curvature, an ideally immersive curve ratio for its size. An extensive range of heights, the adjustable stand allows you to customize your entertainment space for the perfect fit.

Caring for Your Eyes

Reduce Eye Strain in Any Lighting Environment Brightness Intelligence Plus Technology (B.I.+ Tech.) detects ambient brightness and color temperature to adjust display settings, with soothing warm white for comfort and cool white for an extended period of use.

Learn more about the BenQ EX3203R

Cons: Very slight, but noticeable pixel ghosting, despite being 144hz. Dead pixel bottom right of the screen, very small and hard to notice, not worth the fuss. Stand doesnt raise the monitor very much either.

Overall Review: I would recommend for mainstream use. Serious gamers should try a smaller version model that doesnt pixel ghost so much.

Pros: My 3rd BenQ product. Well worth the price if it lives as long as the other two! My thoughts were to get a middle-ground monitor that would do a better card IF I upgraded at a later date with a 10 series. This is a 16:9 with 2K native display. Lots of real estate and room to oversize text and such when doing documents. I run this (currently) on a GTX 970 card and have good frame rates and graphics for the few games I do (Skyrim, Warcraft, IL-2). Both 60Hz and 144Hz run flawlessly. The monitor pretty much dials itself in and does fine on both the generic Microsoft to boot and then gives you the 144 option with the BenQ driver and DP cable. I read ahead and purchased a 1.4 cable (mini DP to DP 1.4) because of the card ports and the presence of HDR 400 capability in the monitor. ( DP to DP 1.2 is in the box). Install was a frustrating PITA. The connections are down-pointing at the back and near impossible to connect without tipping the monitor on its face. Now that I've configured it, I COULD swap cables out without doing that next time...but I also have small hands and can stand on my head. A flashlight is helpful to pull the markings for ports up from the plastic panel. The unmarked front panel buttons: One initiates the hunt for signal display, while the others are correlated in sequence with triggering a connector on the back panel. Power on is a BIG, lighted push button...Yay!I'm not sure how I got it to start running...after madly connecting every kind of cable and adapter I could find, getting a splash screen, and then a 'no signal' pop-up each time...several reboots later it was up and running on the 1.4 cable I bought separately. Just might have needed the reboots to communicate with Windows 10 properly. The cd included has the BenQ driver and helpful manual. There is an included display breakout card in the box but it's pretty lame if your not fearless. Don't know how this would go for a brand new monitor/computer install.Running great at present. No dead pixies, no bleed around the edge, nice curve! Stand IS DEEP, but slim and easy to work around. The setback helps with getting the right eye to screen distance (24-30"). A tad pricey, but if the quality is up to the par I expect, then well worth it. Oh, and the shipping box was ultra-engineered to take abuse and survive. Kudos to the folks for the work on that!

Pros: Huge amount of real estate on this monitor. For the light weight of it the monitor is a very solid build. Very vivid colors. No light bleed or dead pixels on my monitor

Cons: The controls are on the bottom of the monitor and no instructions as to which button does what, its a game of i wonder what this button does. Did not receive a cd with drivers or manual.

Overall Review: Great monitor that I paired with an EVGA RTX 2070 8GB that on bought here on Newegg about two weeks ago. Would highly recommend it to others and if I had the space on my desk and the extra cash I would love to have three of these monitors for wrap around gaming.

Cons: HDR is more for movies than gaming

Did you find this review helpful?
Anonymous
Ownership: 1 week to 1 month
Verified Owner
Very good large and fast screen7/8/2020 8:19:39 AM

Overall Review: I recommend this screen

Cons: -One dead pixel -Ridiculous amounts of light bleed on the top and bottom

Overall Review: This was a big upgrade compared to using my TV as a monitor. I was disappointed on how much light bleed there was; it's very distracting for me when I'm watching movies. Overall the big screen paired with 1440p @ 144hz is amazing, highly recommend. unfortunate dead pixel and light bleed.

Pros: Excellent colors and contrast No dead/stuck pixels G-sync works well after a little change with CRU HDR is noticable in supported games

Cons: Some back light bleed along top and bottom Don't buy for the HDR its nice to have but not game changing