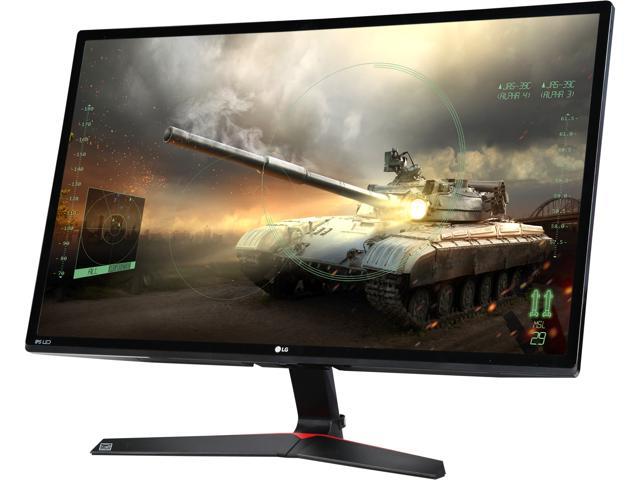 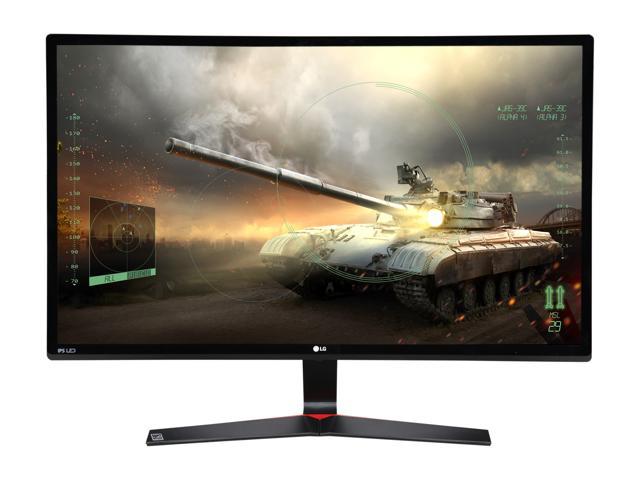 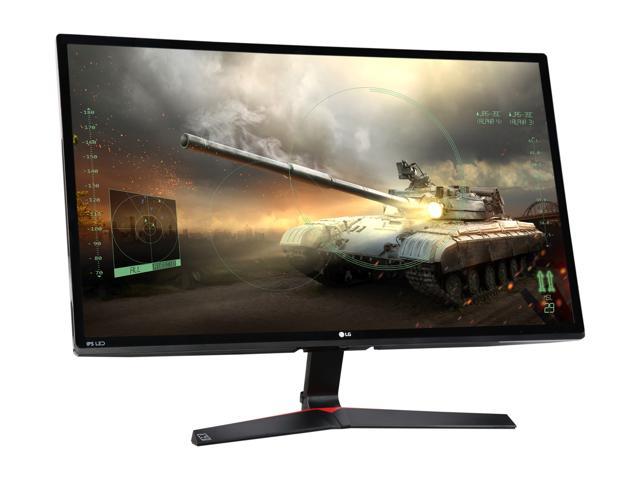 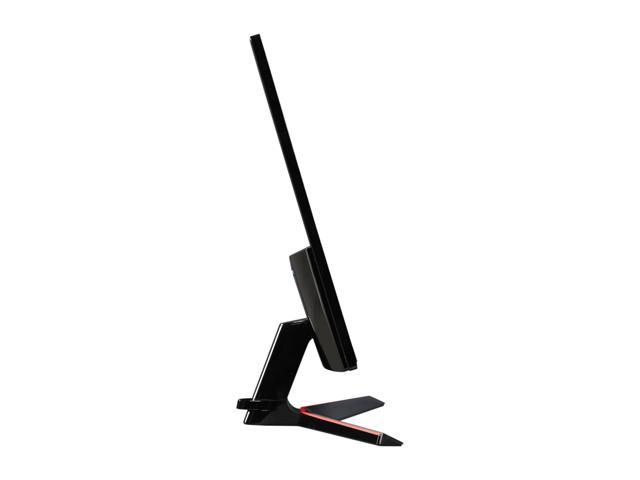 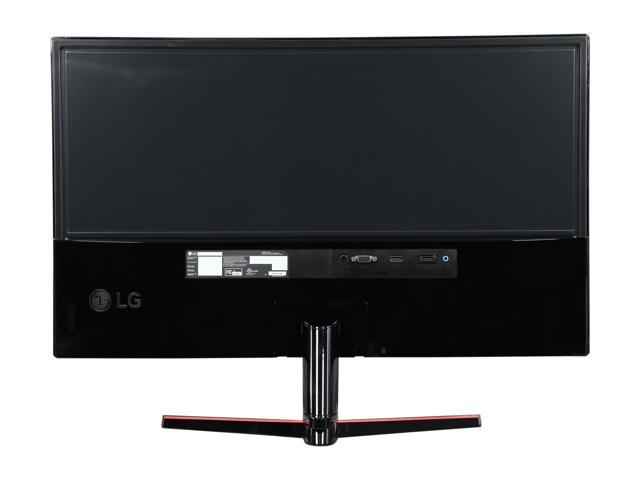 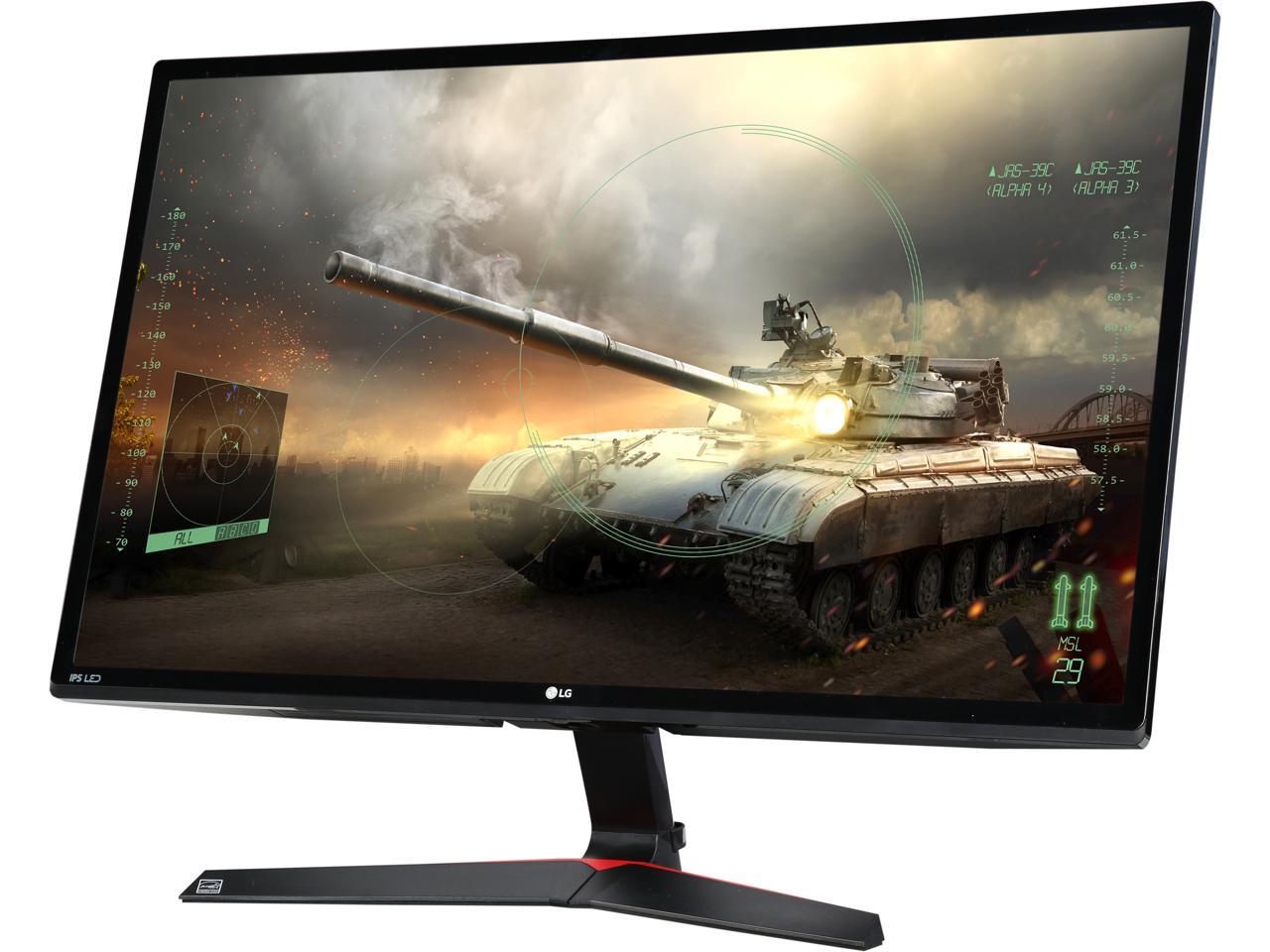 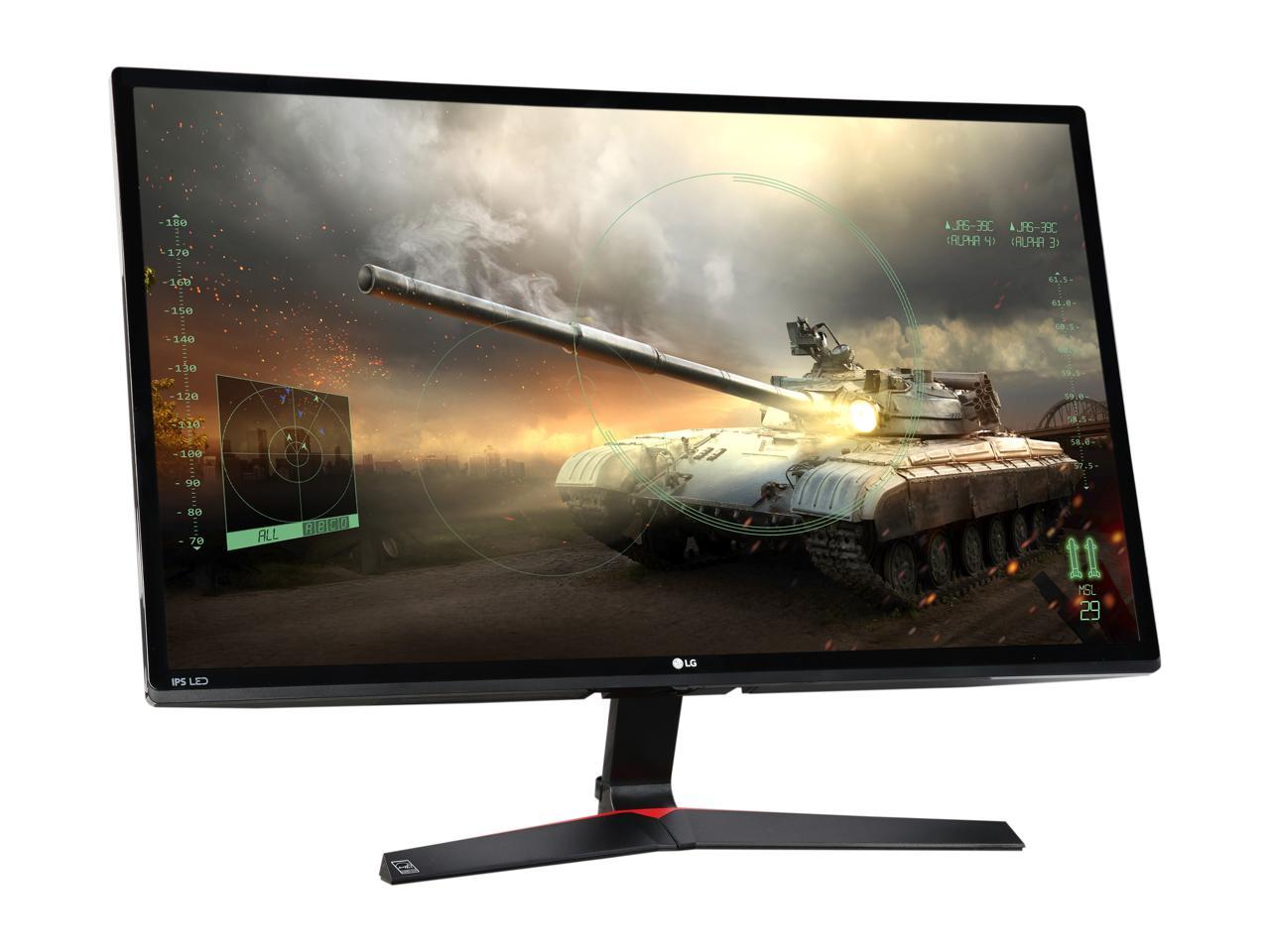 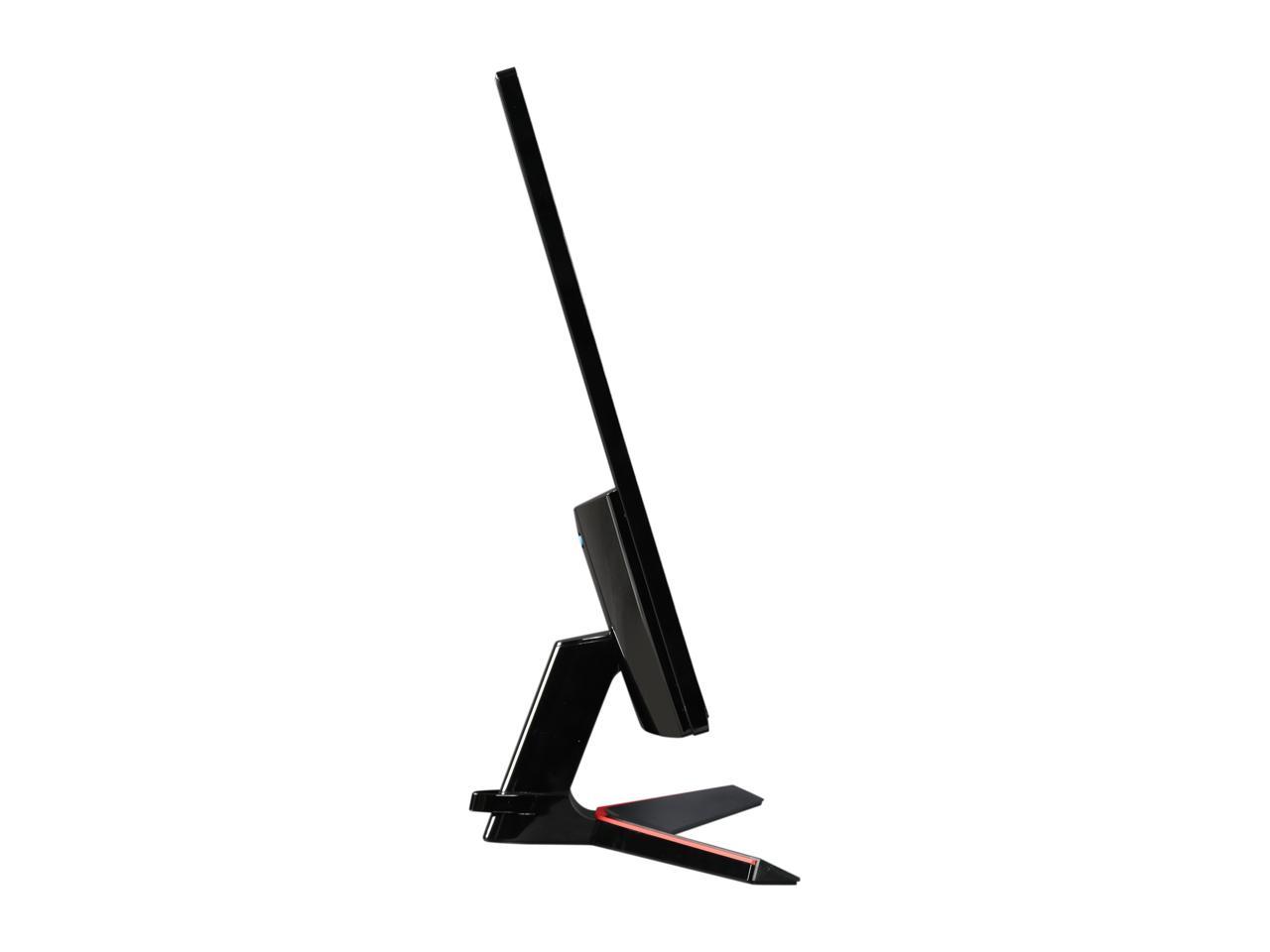 The Full HD display with 1ms Motion Blur Reduction allows gamers to enjoy the precision and accuracy needed to play at a very high level. With a response time that is virtually 1ms, blurring and ghosting are reduced to make the action smoother and gaming more precise.

FreeSync™* reduces the tearing and stuttering that occur between a graphic card’s frame rate and a monitor’s refresh rate. With FreeSync, gamers can experience seamless, fluid movement throughout their games.

Keep visibility even in dark scenes. LG's Black Stabilizer senses dark scenes and helps make it brighter so that you can find the enemies hiding and waiting to attack your player in the dark.

Set your game mode to optimize and customize your gaming conditions. There are 3 gamer modes, 2 First-Person-Shooter modes and even a RTS pre-set mode so you can choose the best mode for you and the game you're playing.

On-Screen Control puts a host of essential monitor settings into a handy window for quick, easy access. Volume, brightness, picture mode presets, Screen Split 2.0 and Dual Controller and more can now be adjusted with just a few clicks of the mouse, instead of hard buttons on the monitor.

The sleek design of this gaming monitor is accentuated by red color accents on the V-shape stand. This monitor will feel right at home as part of any gamer's desktop setup.

Pros: Great image quality, lots of option and great spec overall also the pleasure for a bigger screen for a nearsighted like me.

Cons: A problem for this monitor in the conception, the screen doe'nt fill completly the monitor AND its not a overscan ajustment fault, so we have a big 1cm not filling the screen, a problem not just for me but a ton of owner review on the net.

Overall Review: The 1s blur reduction kind of reduce luminosity a little bit but not a big problem since the the screen is very bright by default, with many option for tweekin your image quality you have a big range of play to please anyone.

Pros: -i LOVE the single button/joystick on the bottom of the monitor. makes it so easy to use the settings on the screen when i don’t have to fish for buttons; there is only one! -comes with a built in speaker! haven’t tested the quality but for folks that wanna hook up their laptop like me, im sure its useful! -i accidentally forgot to check the size of screen before purchasing and got a much bigger screen than i intended! makes me pleased as punch that i spent what i did for the product i got! -lots of inputs. many options for the discerning customer that wants to use it to hook up to many different devices without having to use an adapter -great color and picture

Overall Review: i love this monitor! its high quality, easy to use and configure as well as set up. i also like how it looks and that it comes with a snap-on plastic cord manager for the back. would buy a second one if i gneeded a third monitor!

Pros: -Looks good. Great picture even for my PS4 that only has 1080p -Sleek Design -With some tweaking the colors look great! -Okay tilt adjustment. Nothing crazy though.

Cons: -PS4 Slim, the screen isn't being completely utilized. There's about a 1/4in boarder all the way around the screen that is not being used. I couldn't get rid of it in the settings. -You must sit straight with the screen.

Overall Review: I moved and now have office space so I wanted to have my PS4 set up at my desk with my computer instead of in the living room so I wanted a monitor that's cheap but I still wanted it to look good. I didn't know if my PS4 would work with 4K so I went with 1080P and was kinda bummed but now that I have it, I'm actually really happy because it looks great! I don't game often, but when I do it's usually for a few hours at a time, and I haven't gotten tired of looking at the screen. I wasn't going to list it as a con because it's a given, but I wish it came with speakers. Also it came programmed in Spanish which was a challenge cause I know very little, but again it's not a con. There's a setting to change the language, and I just used the Translate app and fixed it easy. For the price it does a good job!(So Far)

Overall Review: -Also using this monitor for my Xbox One and image looks a lot better than my HDTV.

Pros: 27' ips monitor with good color at the best price

Cons: No adjustment on the stand AT ALL <----worst feature- the screen tilts down a little by nature so if you are tall you have to manually find something to put under the stand legs to tilt back up. No Vesa mounting Joystick button kinda dumb

Pros: It's a good monitor when it works

Cons: Dark lines started appearing randomly during use and then today the screen got splitted in 2 and the bottom flickers rendering it impossible to use. the screen failed in 2 month for no reasons or mistreatment...

Overall Review: Dont invest money in a product that it gonna fail in 2 month

Overall Review: Exactly what I was looking for

Overall Review: Very nice monitor and I know the quality for having some LG