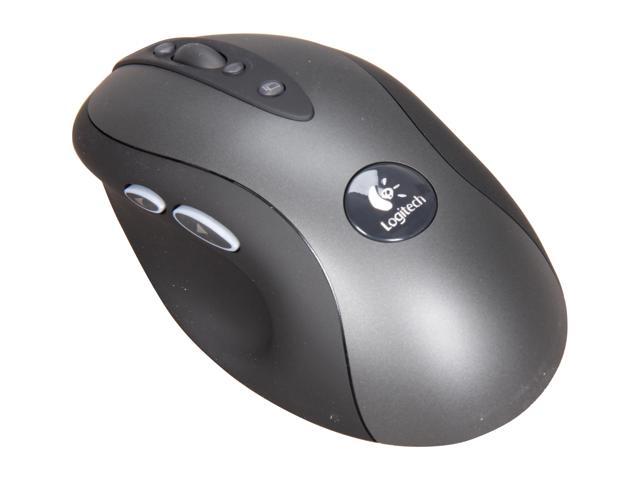 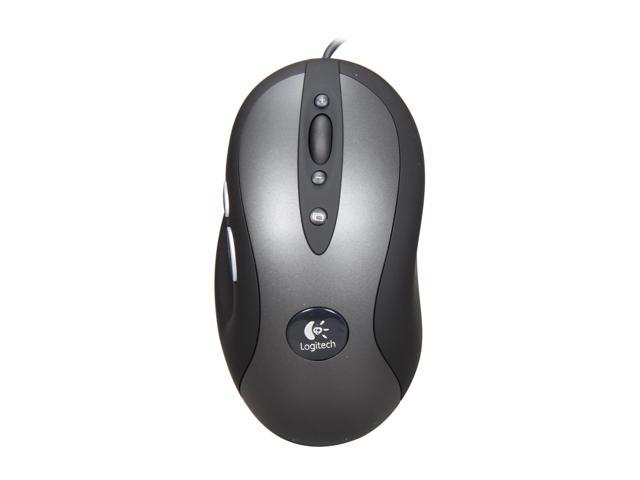 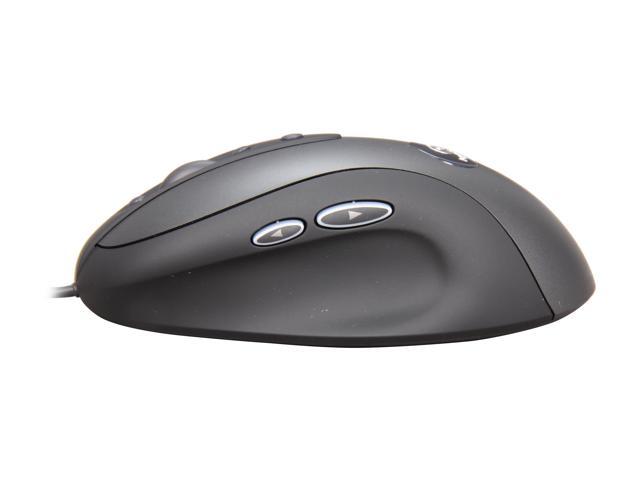 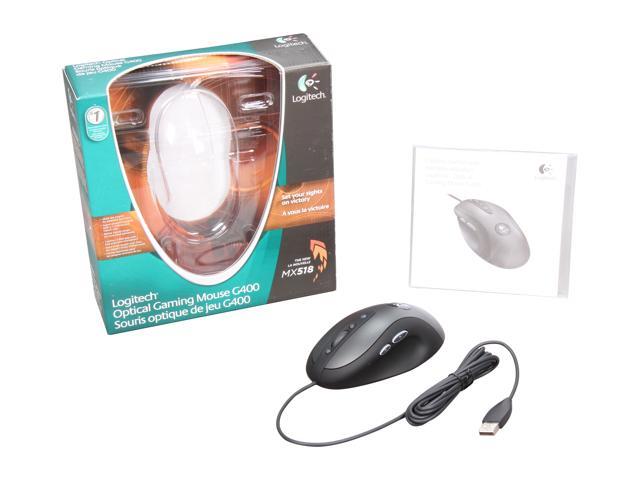 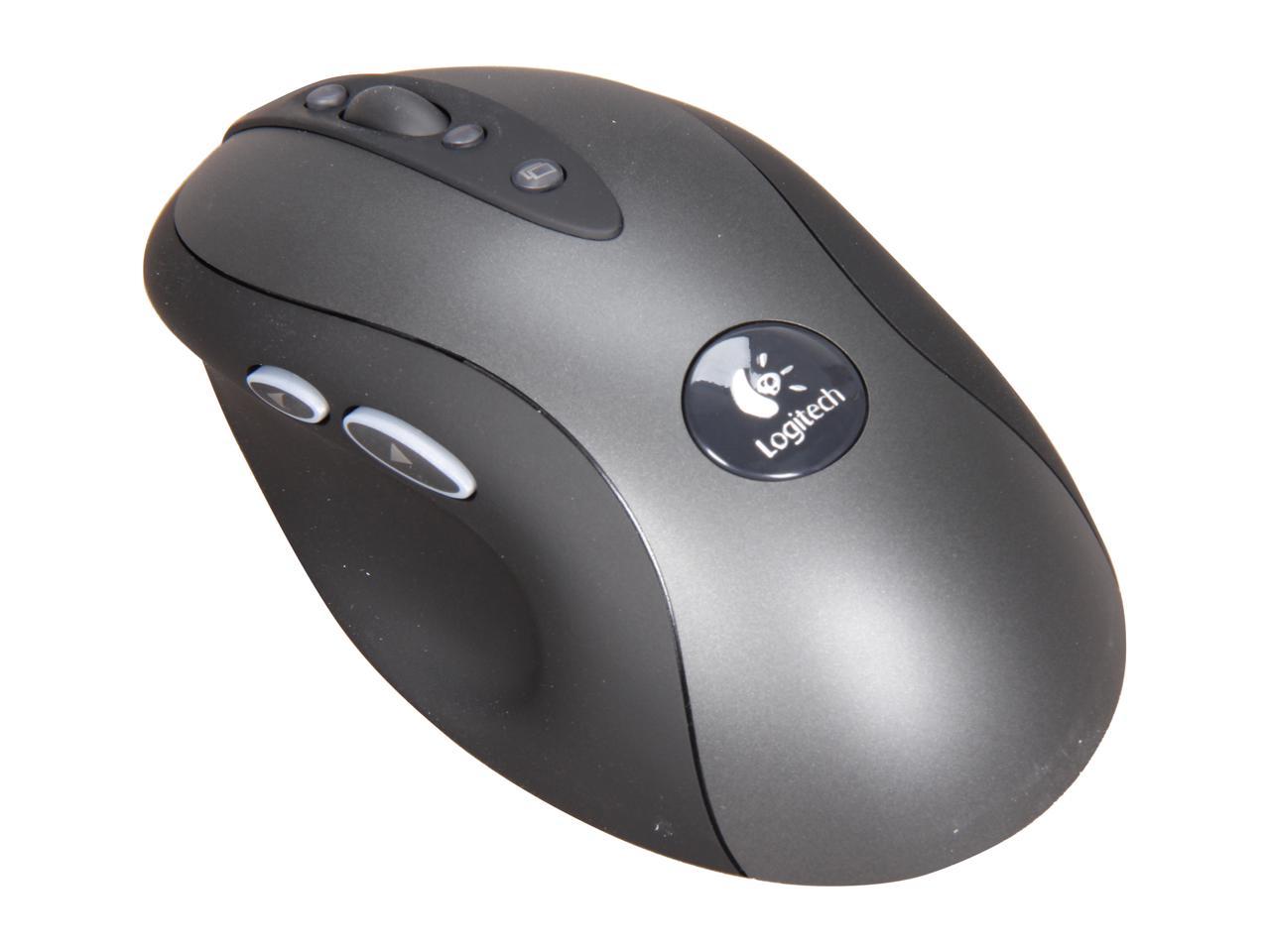 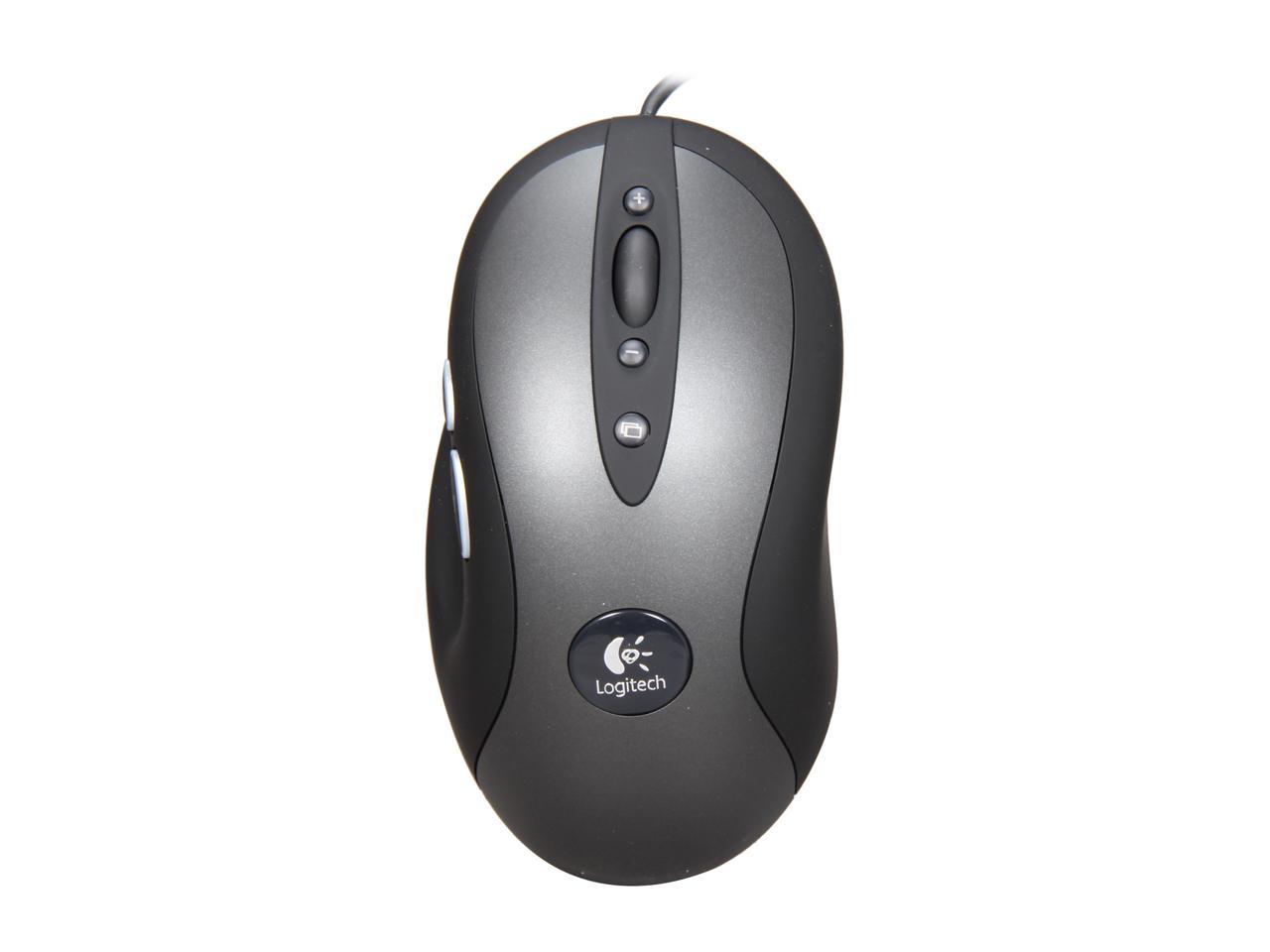 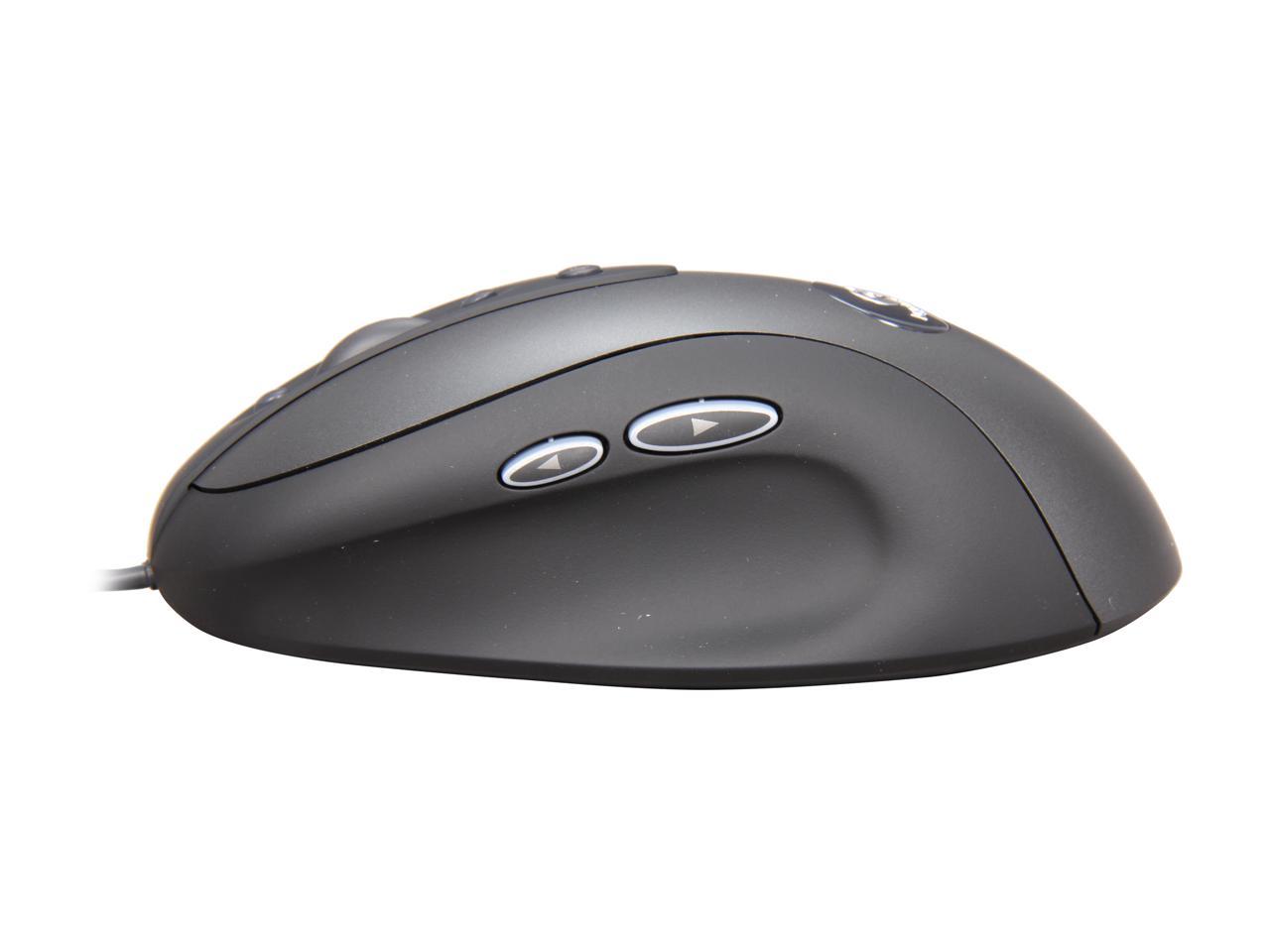 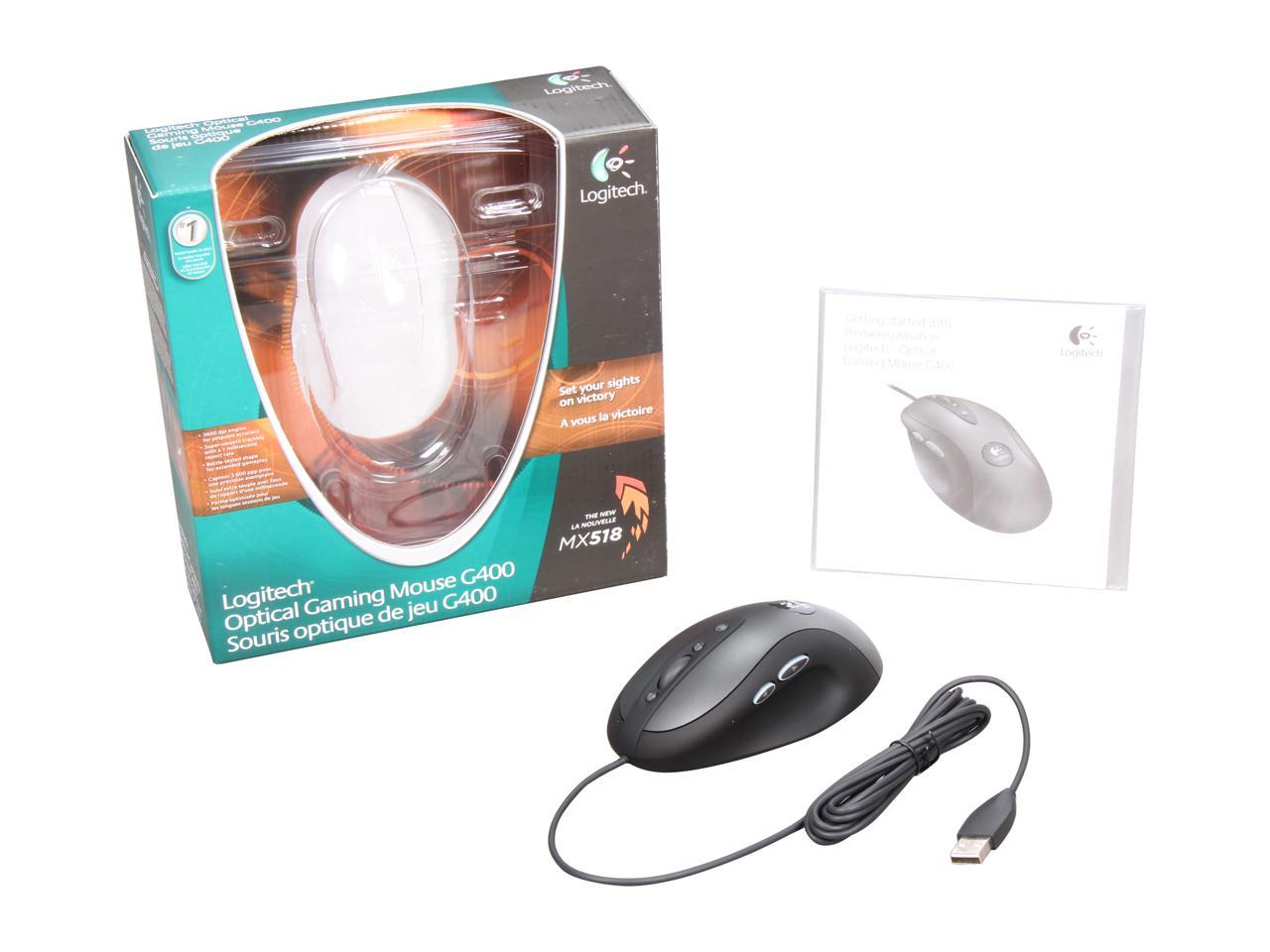 Learn more about the Logitech G400

Pros: feels good in the hand.. havent had any problems with the tracking.. optical seems to be better than laser mice from my experience

Cons: feels a bit odd to hold at first but you get used to it. the mouse cord feels a bit cheap, and could be a bit longer

Overall Review: i have also owned two of the RAT-7 mouse's, had to return both of them because the laser stopped working. its pretty bad when a device fails under regular useage. one of them lasted almost a year, the other one lasted a few months. nolonger buying from that brand.

Pros: Great DPI, decent price, solid feel for the mouse. DPI switching on the fly, side buttons. More so my own subjective opinion, but I wanted something to replace my G5. This did the trick, perfect feel (basically the same as the g5 minus the gripping on the g5).

Cons: Lack of LED status of which DPI profile you're in. The back pad of the mouse is already starting to peel a minor amount. Seems like it'll give me problems within a year. (I used my g5 for almost 3 years before the cord failed...) The setpoint software for the g400 lacks the fine tuning of the g5's software. Lack of a side to side on the midmouse button.

Overall Review: Solid replacement for my g5 w/out the insanely crazy features that are mostly unnecessary, but would have been paid, if the g9 didnt look so unnecessarily crazy, as if to follow the pattern of features. Was also considering the g600 and would have bought it if it didnt say MMO in the name of the mouse.

Pros: Accurate tracking, solid polling rate, build quality, glide, and overall feel. The G400 is exactly what it claims to be: the new MX518. The mouse starts and stops on a dime, no questions asked. As a plug-and-play mouse, it certainly surpasses the MX518. One of the older issues with the MX518 was the lack of a decent polling rate, and while there were ways to fix this, they were on a computer-by-computer basis. The mouse itself gets a bit less friction on a mousepad than the original MX518, though the last generation did have the same "G" feet that the G400 uses. Overall, no ridiculous bells and whistles, just a solid mouse that plays well with just about every game out there. Its tracking is extremely solid on both hard and cloth pads, unlike some mice(particularly laser sensors such as the G500/Xai). This gives you more of a variety to choose from when considering a surface.

Cons: There are two "cons" to the G400. The first is that the mouse cord is actually smaller than the original, which wouldn't seem like a con, but the MX518 was notorious for having cable problems(the cable would wear out and cause the mouse to disconnect/reconnect). Unfortunately, this problem hasn't been resolved with the G400, and I've already seen a few complaints about the infamous disconnect issue. The other "con", if you can even really call it that, is that the sensor uses prediction. This has never bothered me, I've used mice with and without, and both have advantages and disadvantages. This is more preference than anything, though I do believe that if you could optionally remove prediction on the G400 it might be the best mouse you could possibly buy.

Overall Review: One of the things I like about the mouse, but couldn't list as a "pro" as it's simply preference, is that the mouse is a little more plain than the MX518 and MX510. The price is probably one of the best out there, though I feel as if it pushing $50 on some sites is a bit high(considering the MX518 was around $35 by the end of its run). Probably the most important thing about this mouse is that it has no noticeable negative or positive acceleration. I was using a Xai for a while, and while I loved the lack of prediction, the extreme negative acceleration on cloth pads, and the slight positive acceleration on hard pads, made it hard for me to really believe it was the better mouse. With the G400 finally pushing a polling rate of 1000hz to the USB, it's hard to argue that prediction is really enough of a factor to justify the extra money(or that it is any worse than negative/positive acceleration).

Pros: The mouse feels great and is sized well.

Cons: The mouse cable itself is the culprit here. Causes frequent loss of device recognition which results in anywhere from a one to five second delay. Your USB ports and drivers are not the issue, it is an incredibly common occurence with the G400. The problem didn't occur until about three months into ownership and has gotten progressively worse since the initial occurence.

Overall Review: Were it not for this incredibly disruptive issue I'd be thrilled with this mouse.

Pros: • Zero jitter • Zero acceleration of any kind (after MarkC windows 7 mouse accel fix, rinput.exe with certain applications) • Perfect 1:1 response even at 1000hz (as measured by mousemovementrecorder.exe) • Very low friction feet • Works fine with and without firmware (I recommend with firmware, so you can tweak sensitivity, polling rates, button binds, etc) • Half the cost of competing gaming mice that this product actually outperforms

Cons: None. Literally none.

Overall Review: Okay, here's where I deliver. if you look at all the negative reviews of this mouse, they cite universally one problem: the dreaded intermittent USB disconnection. This happens because the cord of this mouse is extremely light. This was a design choice to keep the cord's weight from moving the mouse after you let it go, which occurs frequently with other mice. Unfortunately, this light cord has a flimsy connection with the board in the g400's guts. TO KEEP THIS PROBLEM FROM HAPPENING TO YOU: 1. Place the mouse wherever you're going to be using it, and plug it into your computer's USB port 2. pull the mouse down to the lowermost extremities of your mousepad / mouse surface. Now pull the mouse out another 6-8 inches out, and scotch tape the middle of the mouse cable to the underside of your desk 3. Enjoy having an awesome mouse for the next few years The purpose of this fix is to greatly reduce tension in the cord, minimizing stress on aforementioned flimsy connecti

Pros: Previous versions of this mouse were released with "angle snapping" (or prediction), just like the MX518 had. Logitech has listened to gamers and fixed this one flaw in an otherwise outstanding sensor, and I am happy to report this mouse now has what is considered a "Perfect Sensor" (Movement is translated 1:1 from your mouse to your screen) Only a handful of other mice ever made can make this claim, and at $42 this is absolutely the best bang for the buck when it comes to gaming mice. This isn't just a replacement from the MX518 anymore, it is a definite improvement.

Cons: none, for me anyways. (.. some people like angle snapping/prediction, so they may not be as happy)

Overall Review: Logitech's customer service used to be a bit questionable but has really shaped up in recent years. Listening to gamers and their needs and actively changing a nagging issue brought up by many against what is otherwise considered to be a near-flawless mouse, is absolutely exemplary customer service. Kudos Logitech.

Pros: Great mouse when it works...

Cons: 3rd G400 I've had. All three have had the same problem. After just a few months of use the mouse will cut out during use with the USB disconnection noise. I've spent over 120 dollars on these mice and the problem is happening again.

Pros: Very nice mouse so I'm not going to reiterate the other reviews.

Cons: This mouse has a thinner cable than legacy Logitech mice and this is the source of numerous failures. The cable flexes with use and ultimately breaks, indicated by intermittent freezing.

Overall Review: With a better cable, this mouse is a 5. Given the early failures due to the thin cable, I cannot give it more than a 2.