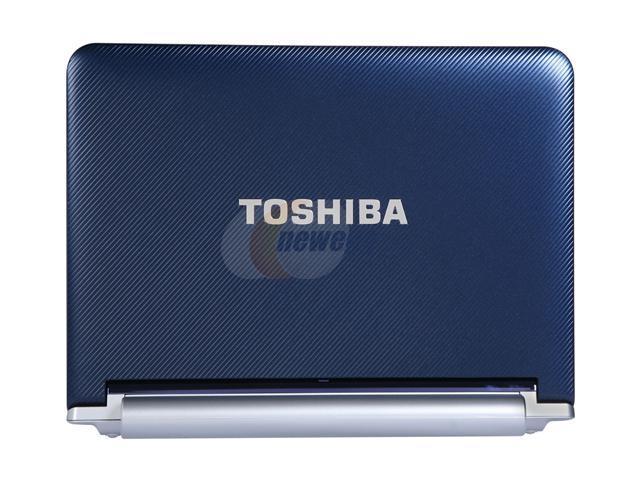 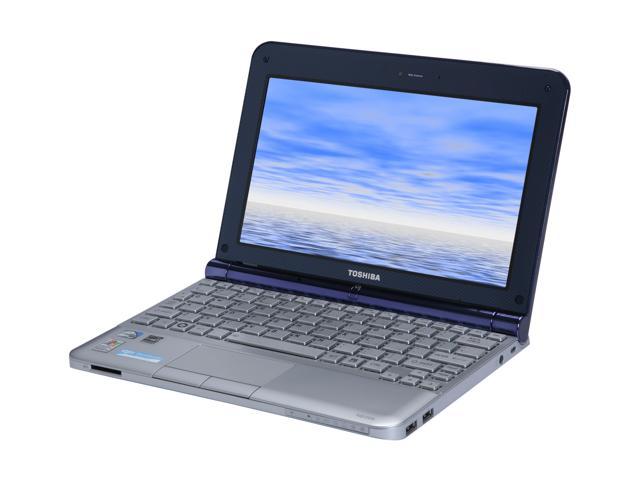 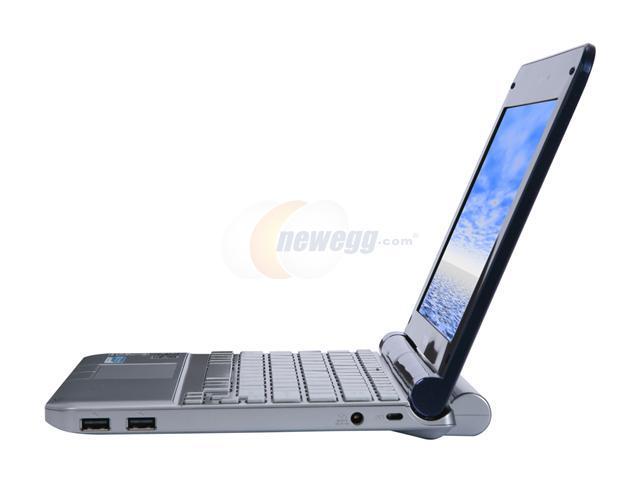 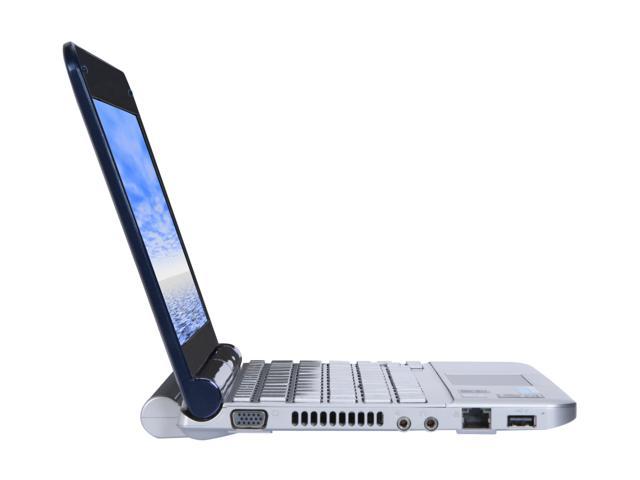 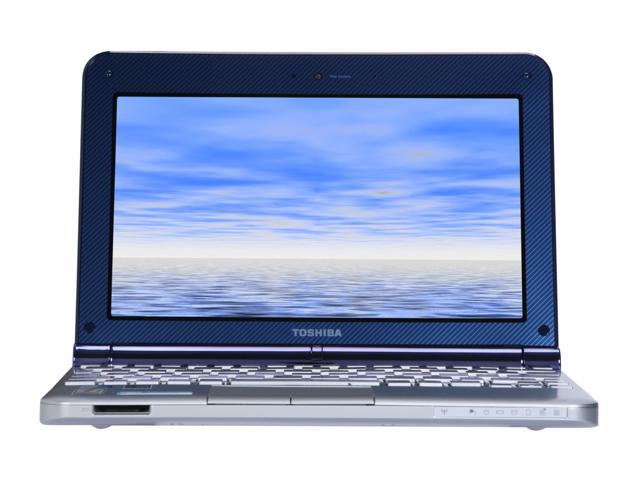 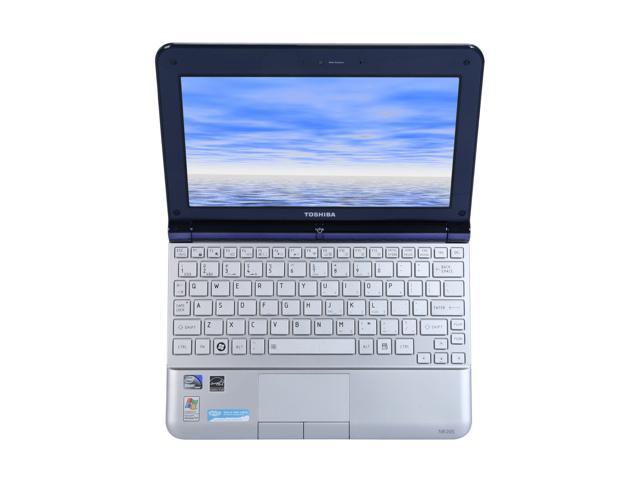 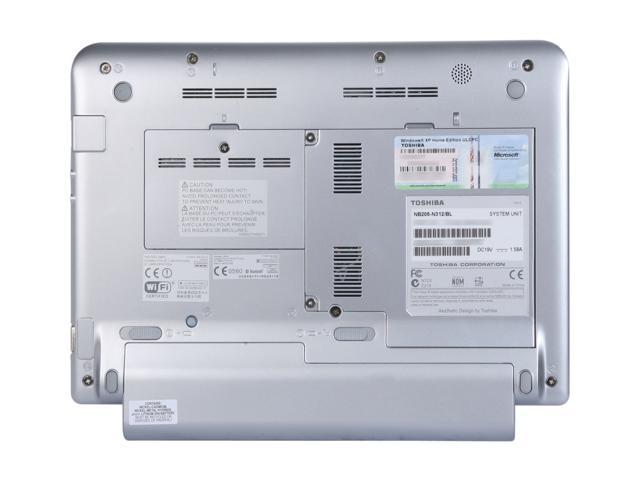 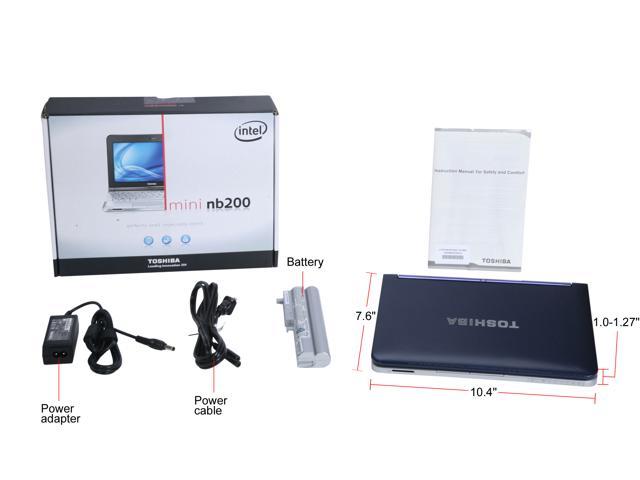 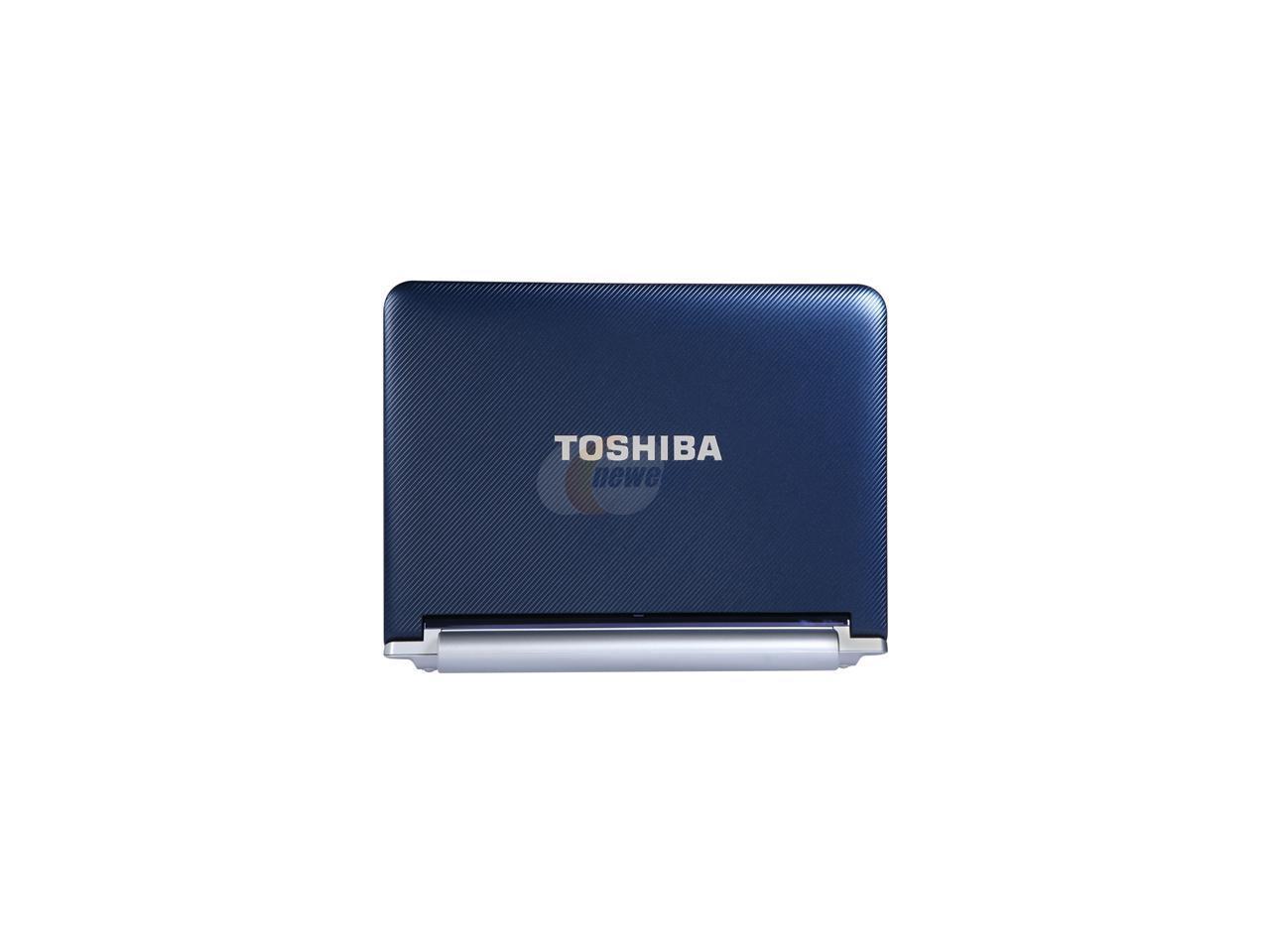 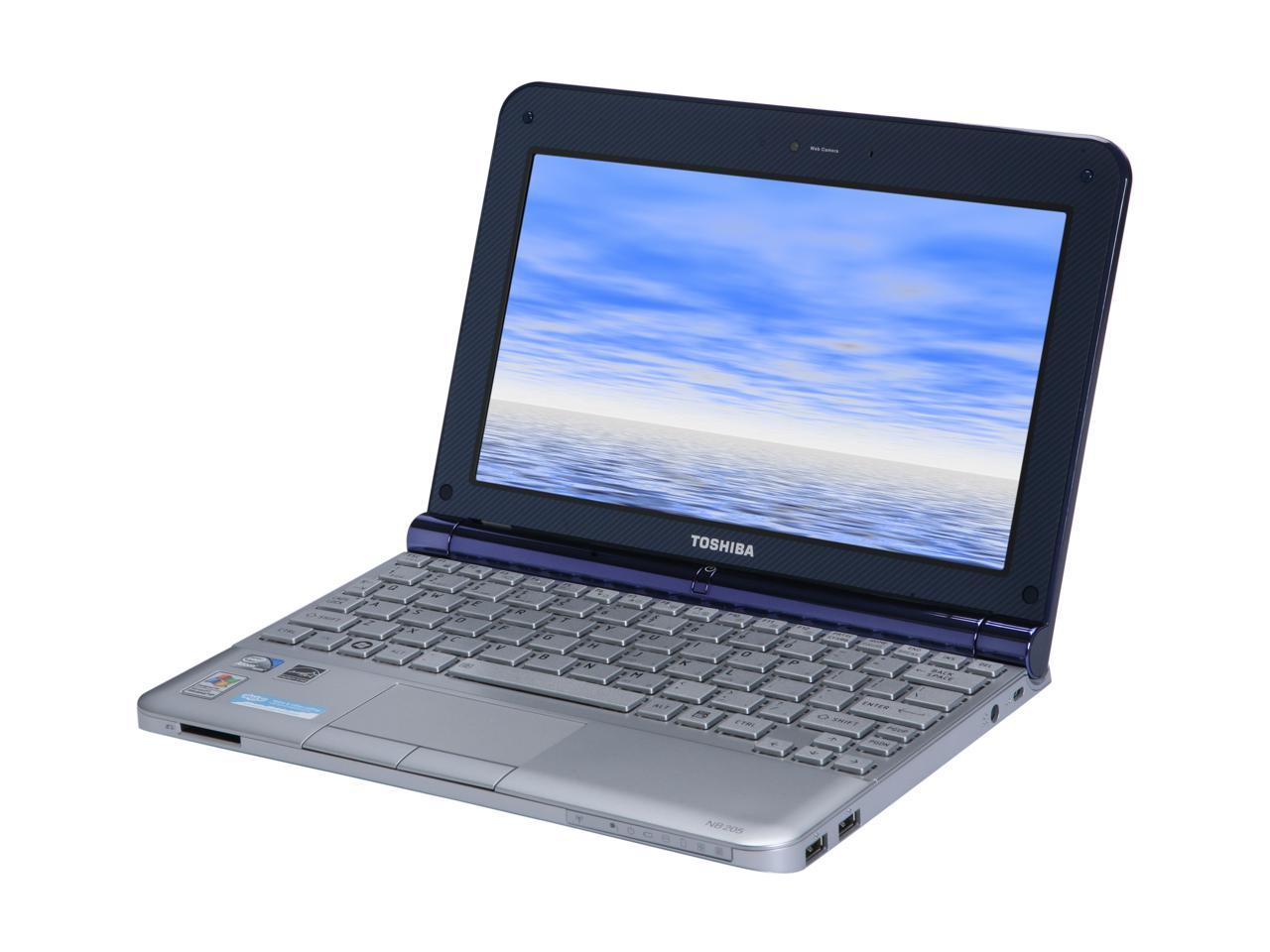 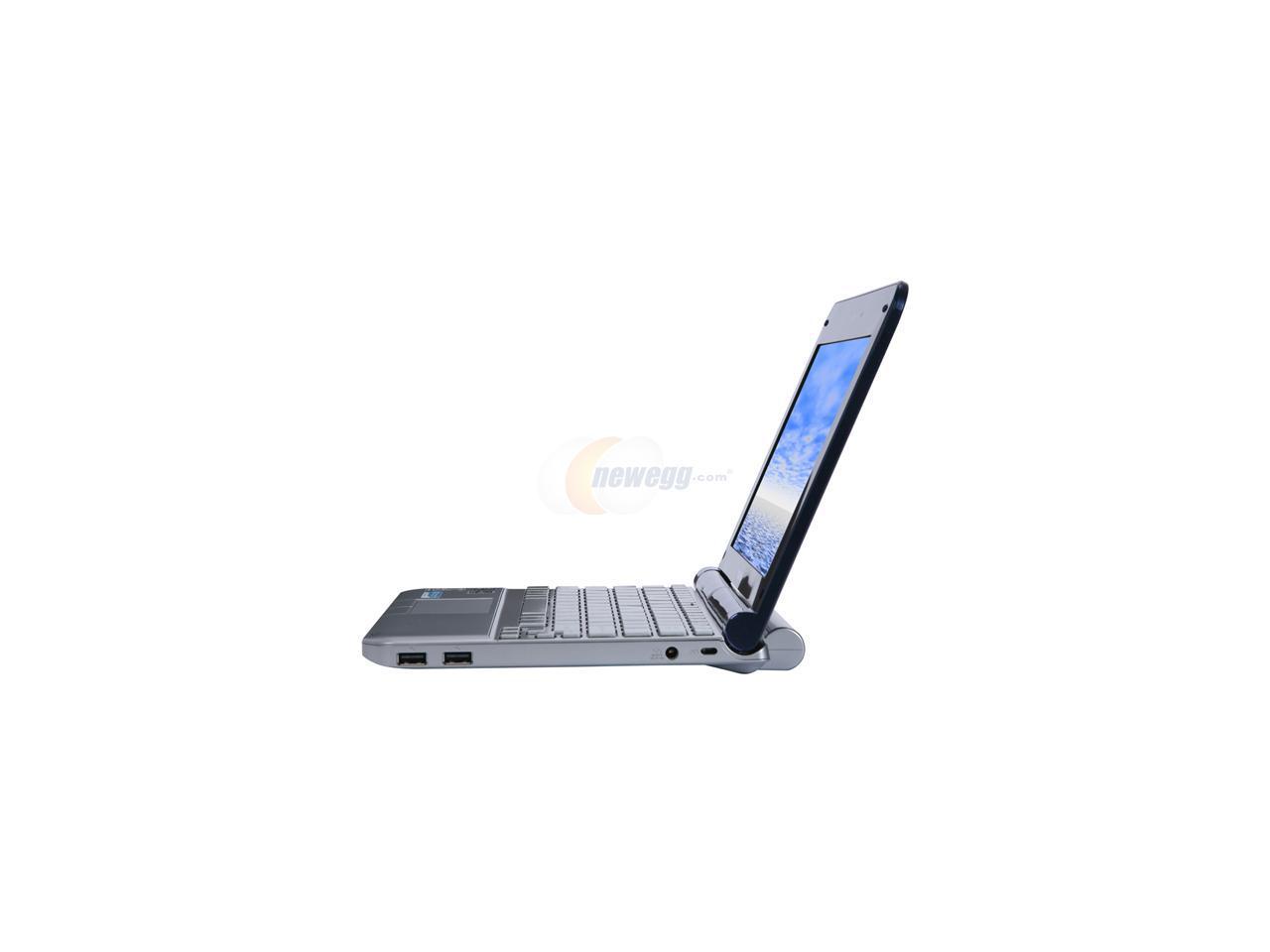 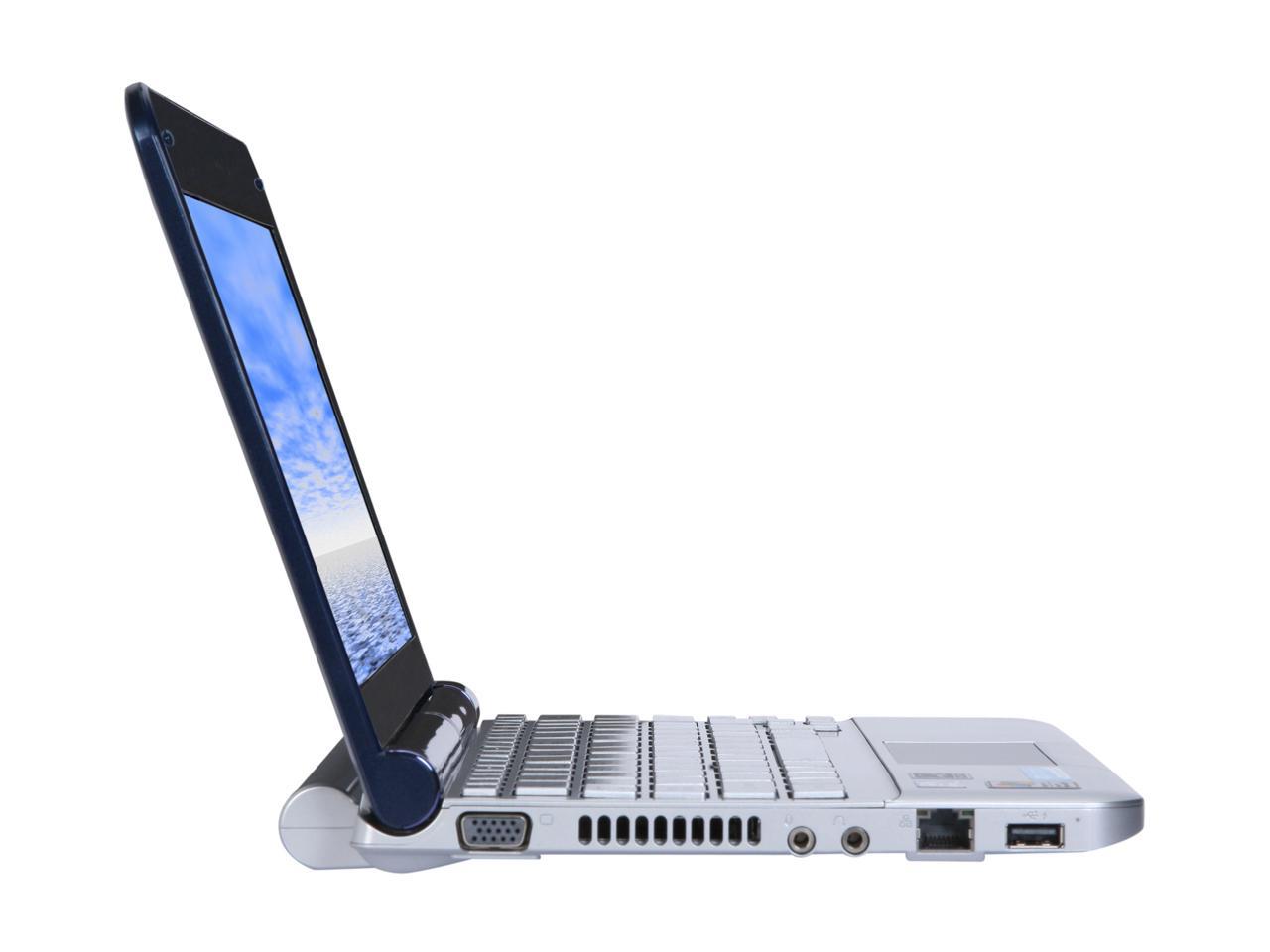 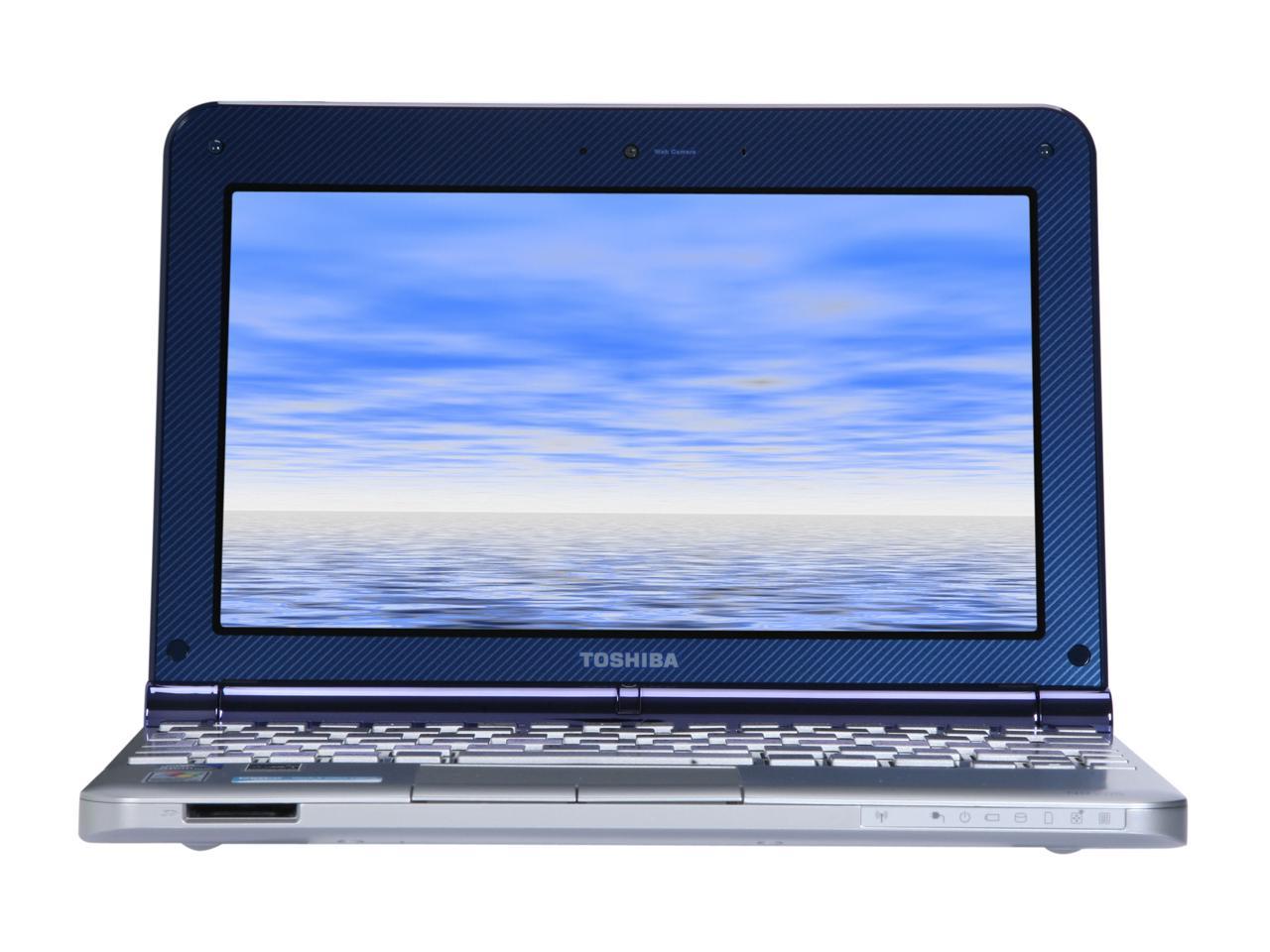 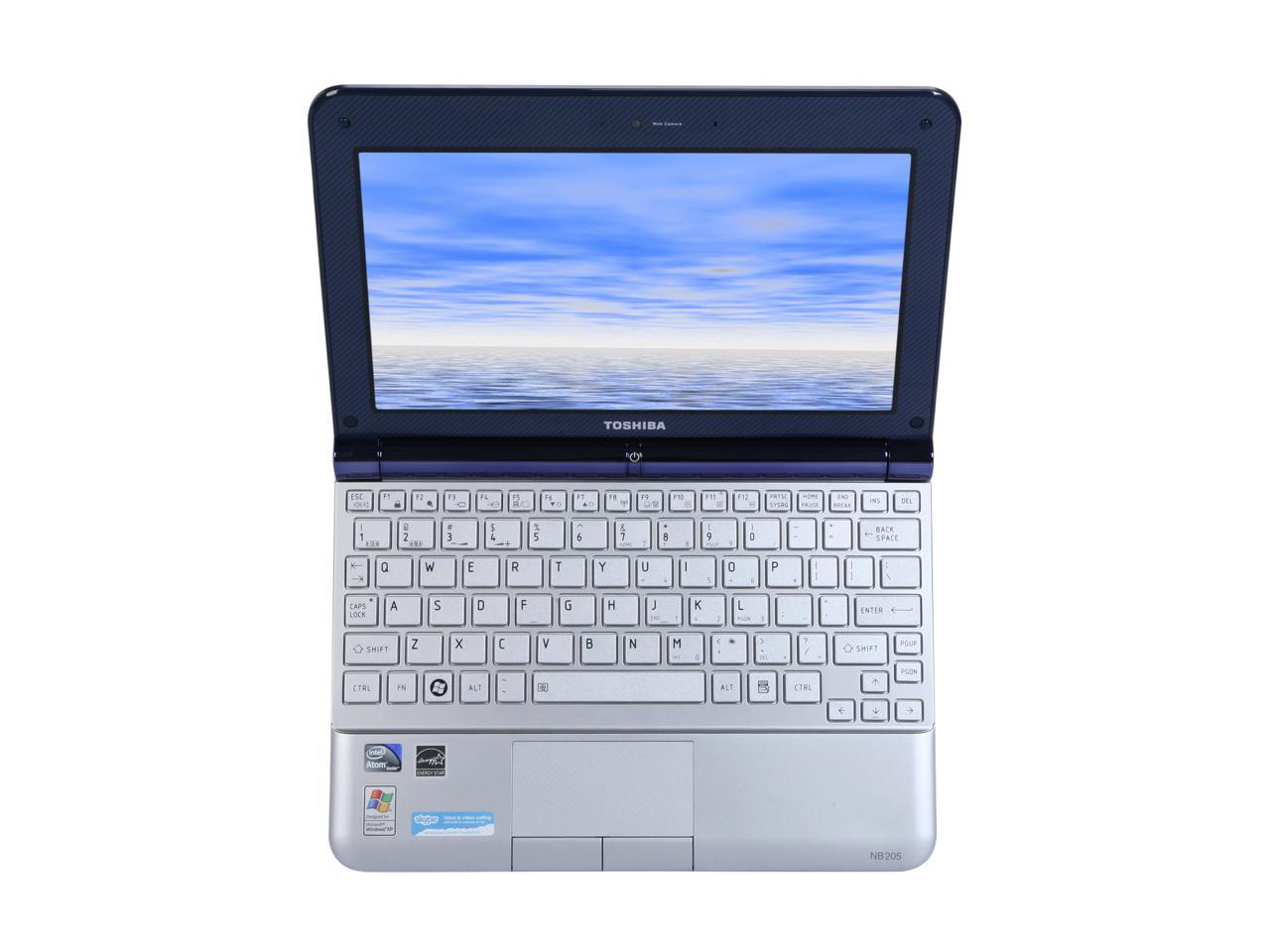 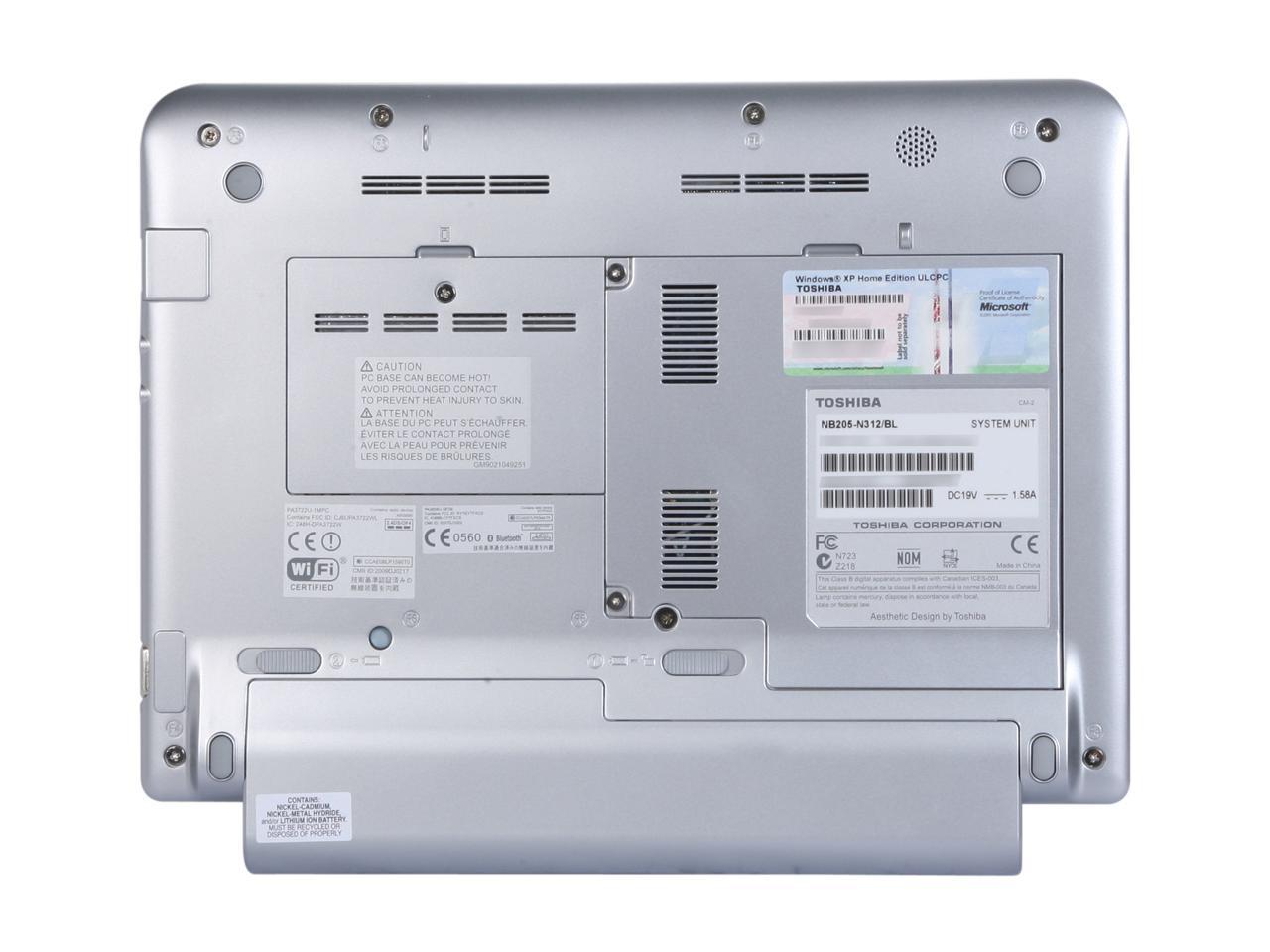 Cons: - let's see - BLOATWARE. This thing comes loaded up with a ton of apps and utilities you don't need running. After I started it up, I was appalled to see 55 running processes! And Norton AV (trial) pre-installed on a netbook? seriously? - You need to spend some time going through the utilities and processes (pay a visit to black viper's site) to get rid of a lot stuff you don't really need. - Not as fast as a desktop, and you have to get used to small screen resolution compared to bigger laptops, but you can't have everything for a price like this.

Overall Review: After a few hours of uninstalling, and tweaking the startup programs and services, I got it down to 26 running processes after boot (no anti virus yet). If I disable Hard Drive protection, it's 24, which is pretty darn good. Will probably use Avira on this, since it only uses 2 processes and ~10mb or ram. So far with this setup and 1GB of RAM (2gb still on the way), the system boots up noticeably quicker than before, and seems more responsive all around. If you have the time for the tweaks, you can turn this little guy from a good netbook, to a great one.

Cons: Only has one mono speaker located on the bottom of the machine... they could have done better with the sound system! It comes with Windows XP Home installed instead of Windows XP Pro, and last is that Toshiba doesn't offer the higher resolution screen (1366 x 768) which would have been a great option!

Overall Review: I tested many MANY different netbooks including ones from Acer, Dell, and HP. I really didn't like the HP track pad... it was very awkward and hard to use. Both the Dell and the Acer brands only had 1GB of non upgradable memory which was a huge deciding factor in the process. Even with the couple of cons this netbook has it is still the best for the money in my opinion. The only advice that I can offer is to go to a local store that sells the netbooks that you’re looking at and get a feel for them. I almost bought a comparable HP model until I got my hands on it and started messing with it, after that I found that I liked the feel of the Toshiba the best and not to mention it was cheaper for all the features you get.

Pros: Bigger than an MP3 player and, despite its size, has the functionality of a full-size laptop with wireless and Bluetooth. Video adapter is fine for browzing the Internet, word processing, and, yes, even lightweight gaming. BIG hard drive and nice keyboard layout. I bought this netbook to replace my iPod Touch because the Touch's screen was too small for me. I have a Dell XPS 1530 laptop that I use to play games so the video adapter in the NB205/312BL isn't a problem for me. I definitely recommend this netbook. It meets all my expectations. (Remember, folks, netbooks aren't supposed to be a desktop replacement or a gaming laptop!) BTW, it does have two speakers, contrary to what an earlier post indicated.

Cons: There are two speakers, as described in the specs, but, even on high volume, the sound coming from the speakers is hard to hear. That isn't really a problem for me since I wear a headset anyway, but it might matter to someone else.

Overall Review: The first netbook that I received from Newegg had a defective motherboard (wouldn't power on although connected to power source). The customer service rep told me that the unit powered on just fine for them and that they were sending it back to me. However, the netbook I received had a different serial number on it so they obviously replaced it. I'm an IT Specialist and I work on computers every day. It's not uncommon to get a lemon right out of the box. I found it strange that Newegg was reluctant to admit that the netbook they originally sent me was defective since they only sold the computer; they didn't build it. Even Toshiba readily acknowledged that they occasionally send out computers that pass their quality checks but turn out to be defective anyway. In any case, Newegg processed my RMA quickly and efficiently. I upgraded the RAM to 2GB and bought a small external CD drive so I'm good to go.

Pros: 90%+ keyboard - Sweet! Ease of use: How hard can XP ever be. Touchpad with buttons at the bottom: personal pet peeve. 3rd powered USB even if the netbook is closed. Big Plus!

Cons: Too many extra programs - useful but slows the netbook down.

Overall Review: Deployed in Afghanistan this is a great little netbook. Limited on space this netbook is great, once you get rid of all the extra programs you do not want. Even if you keep all the fluff programs, It more than lives up to expectations.

Pros: Great screen. Fast. Great keyboard. Very Stylish. Would be perfect except for the one deal breaking con....

Cons: ...completely unusable speaker audio, even for simple windows notifcations or voice calls. Cranked to full volume and it still is barely audible.

Overall Review: Customer support was *extremely* helpful and understood my misunderstanding of the speaker design of the NB205. I suggested they update the description to say: "NOTE: This netbook has ONE speaker which is located underneath the chassis". I read a review of the NB205 on Laptop Magazine which stated it had dual speakers and I will definitely let them know their error. Newegg has "Built in speaker(mono)" listed, but I didn't connect the dots (I thought the lack of an "s" on the end was a typo), since how many netbooks/laptops have only 1 speaker? None that I know of. So, Newegg's support took the time to understand the situation and issued an RMA. They have consistently impressed me since my first order here in 2000, and it is specifically because of service like this that they will continue to keep my business going forward. A++!

Cons: - Speakers, though you just have to plug in some headphones - Power button is right where you would hold it if transporting by hand ( just be careful or buy a case)

Overall Review: I had been researching for countless hours as to which netbook to buy. I didn't like the EeePC's Flat-as-Heck keyboard. Nor did I like the Aspire's really small track-pad. Nor did I like the performance of the Samsung N120. Overall I think I made the best decision going with the Toshiba.

Pros: Delivers per specs. Despite other reviews, bloatware is more "average" than excessive. The only thing I've been compelled to purge is the schymantec schtuff. Audio is marginal, but earphones fix that.

Cons: Wish I'd waited a week... I could have ordered it with win7, a bigger disk, and 2gb.

Pros: Everything, except ONE thing.

Cons: The audio is simply unacceptable. There is one tiny little port on the bottom of the netbook and is barely audible. (not too mention monaural) I didn't expect to host parties with it but even for audio calls and standard windows notifications it is abysmal. Hope I can return / exchange for another model because this is truly unusable.