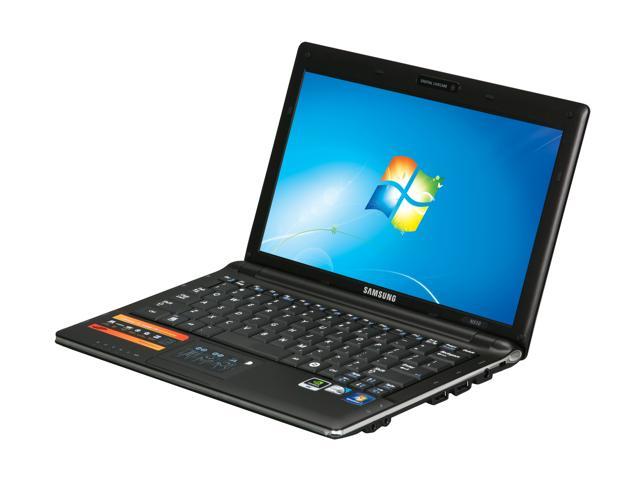 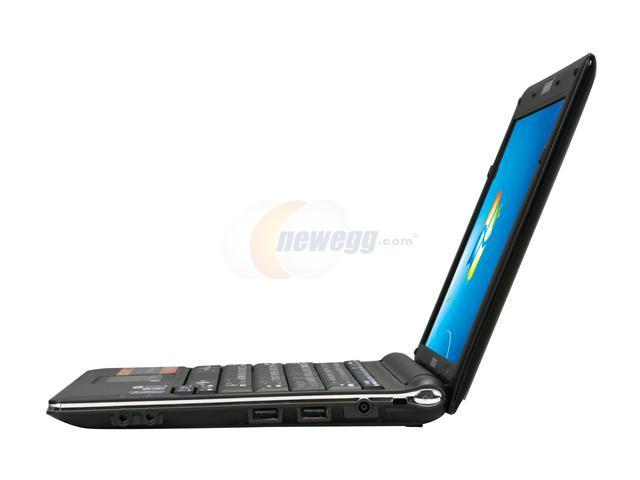 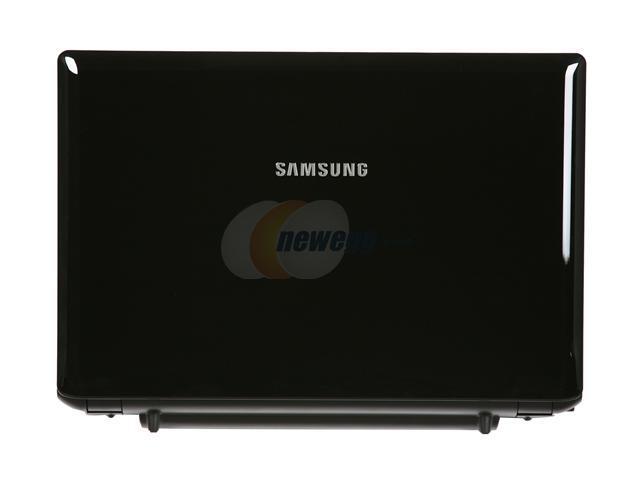 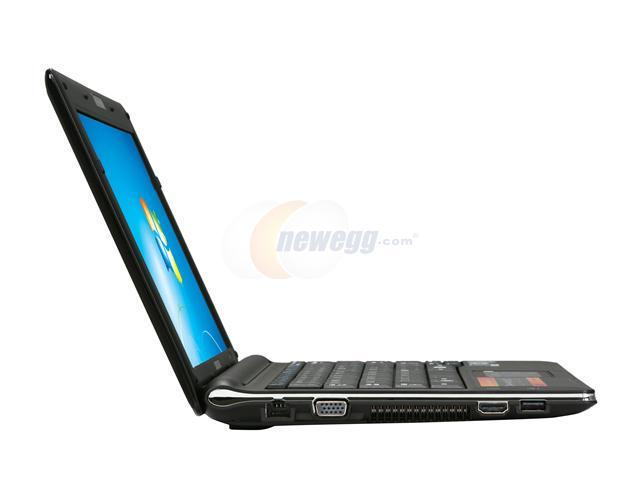 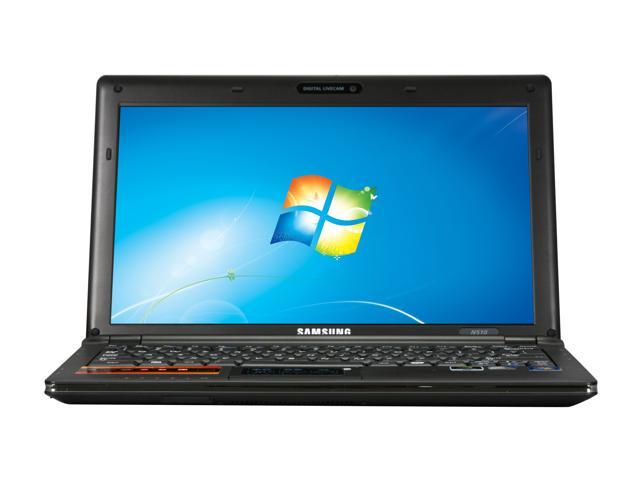 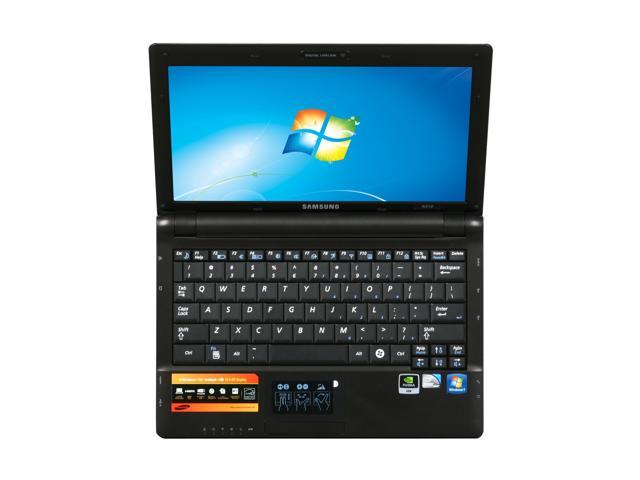 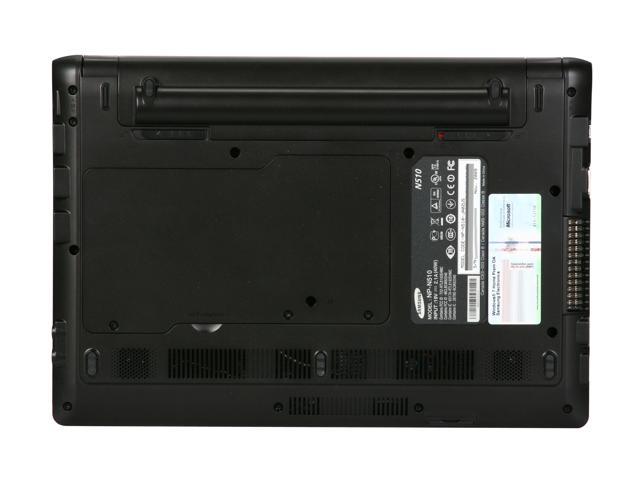 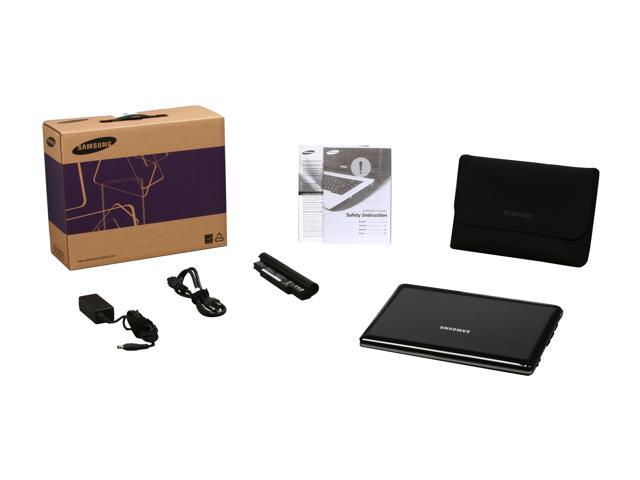 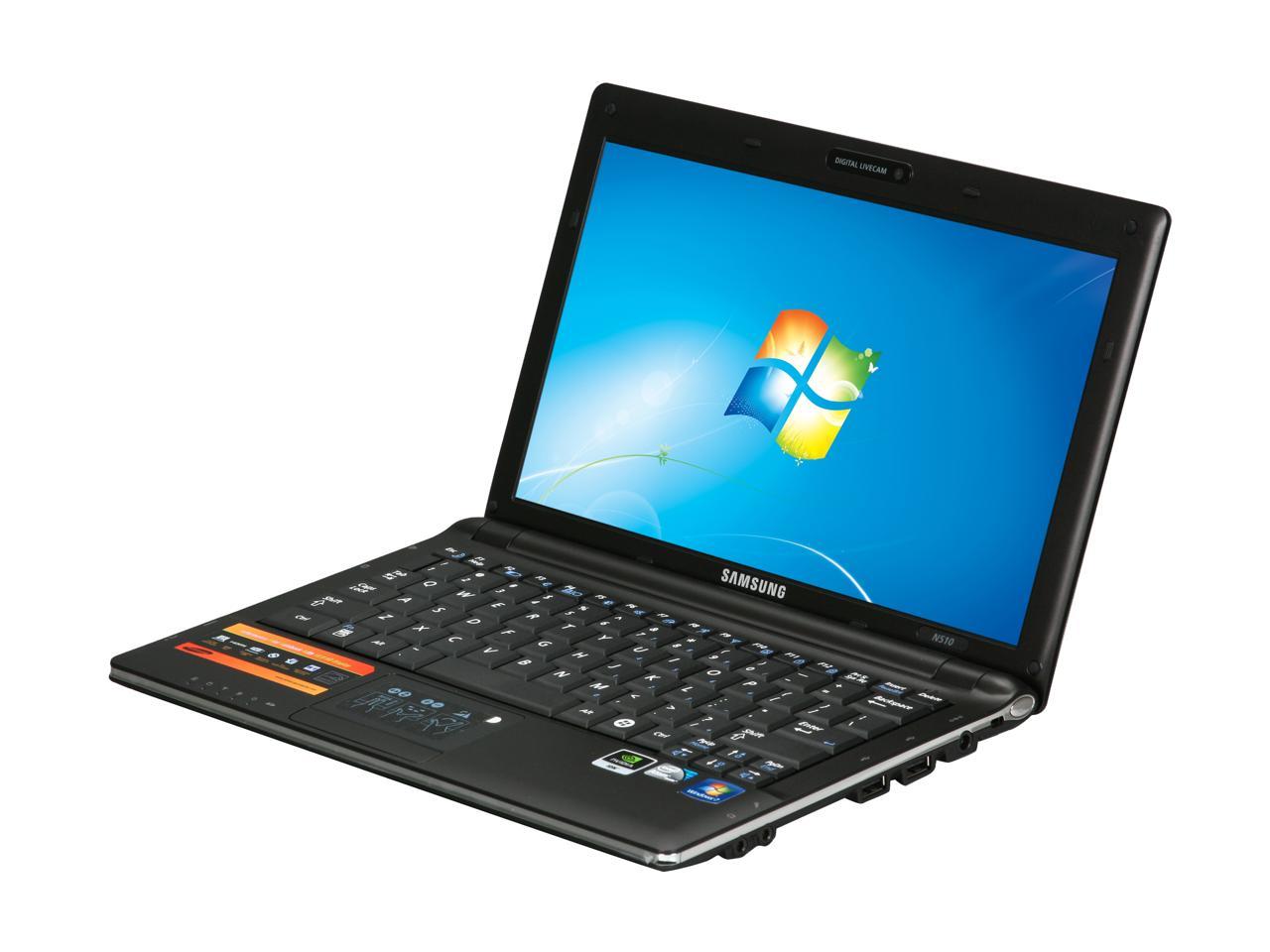 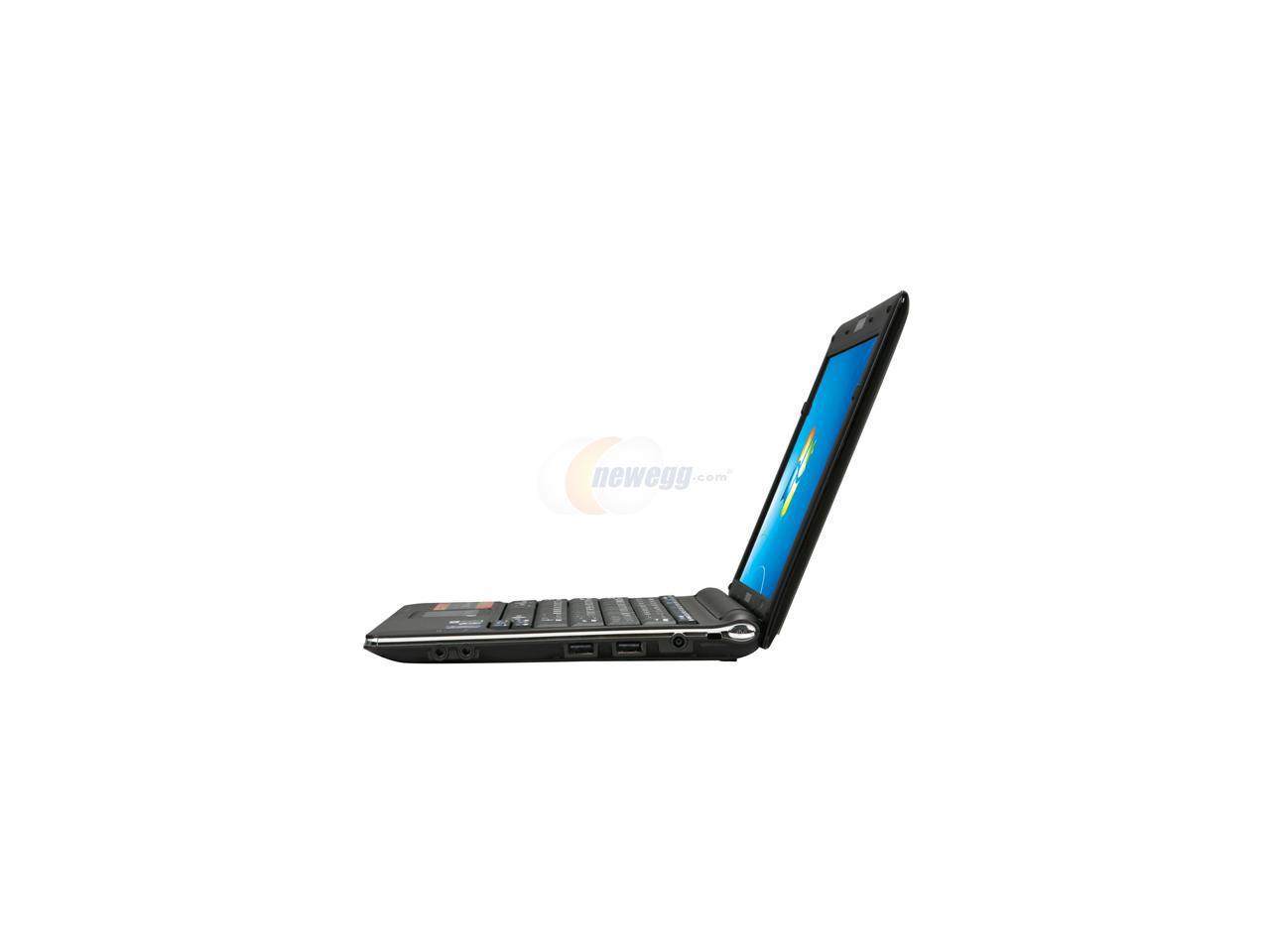 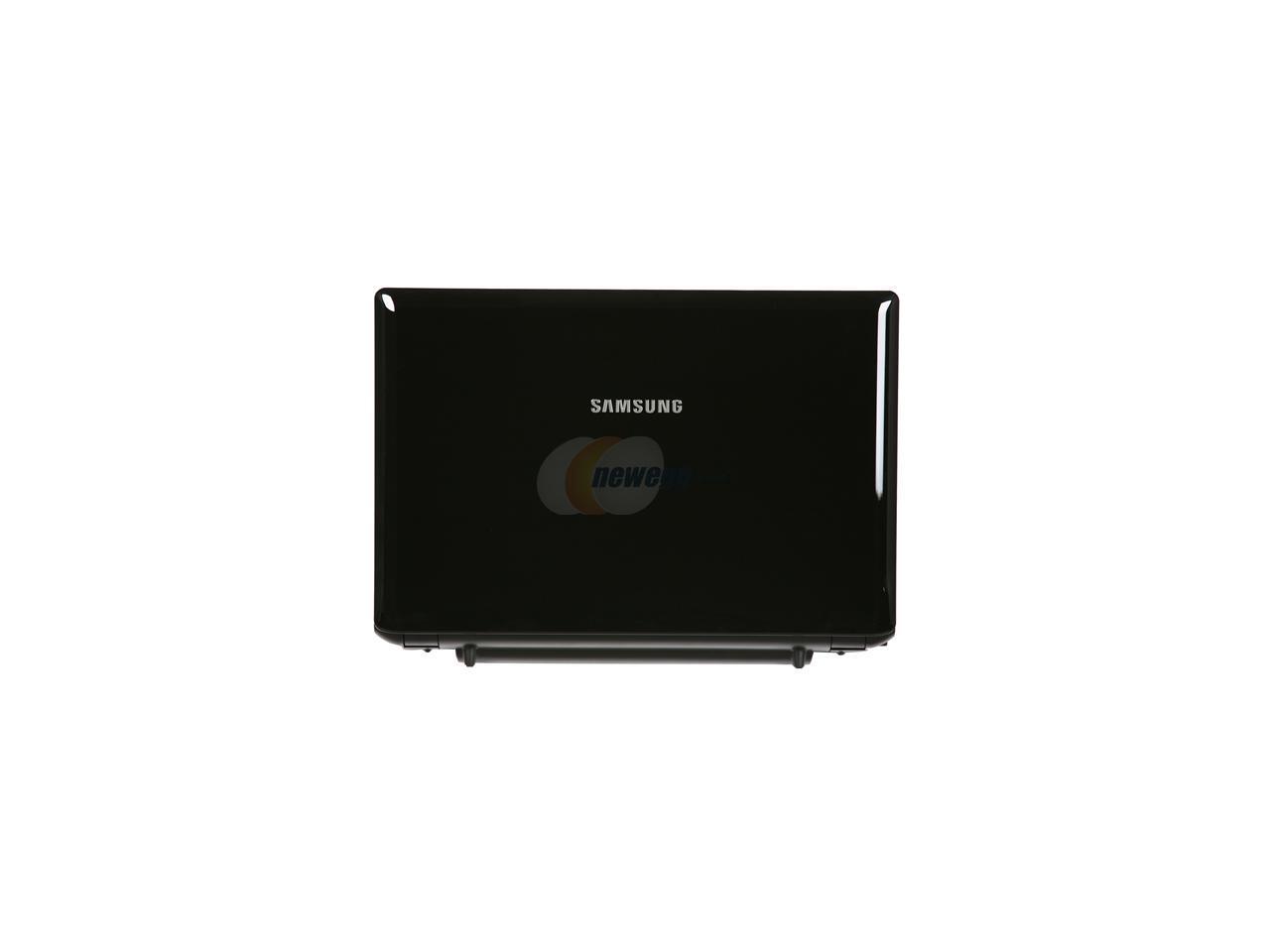 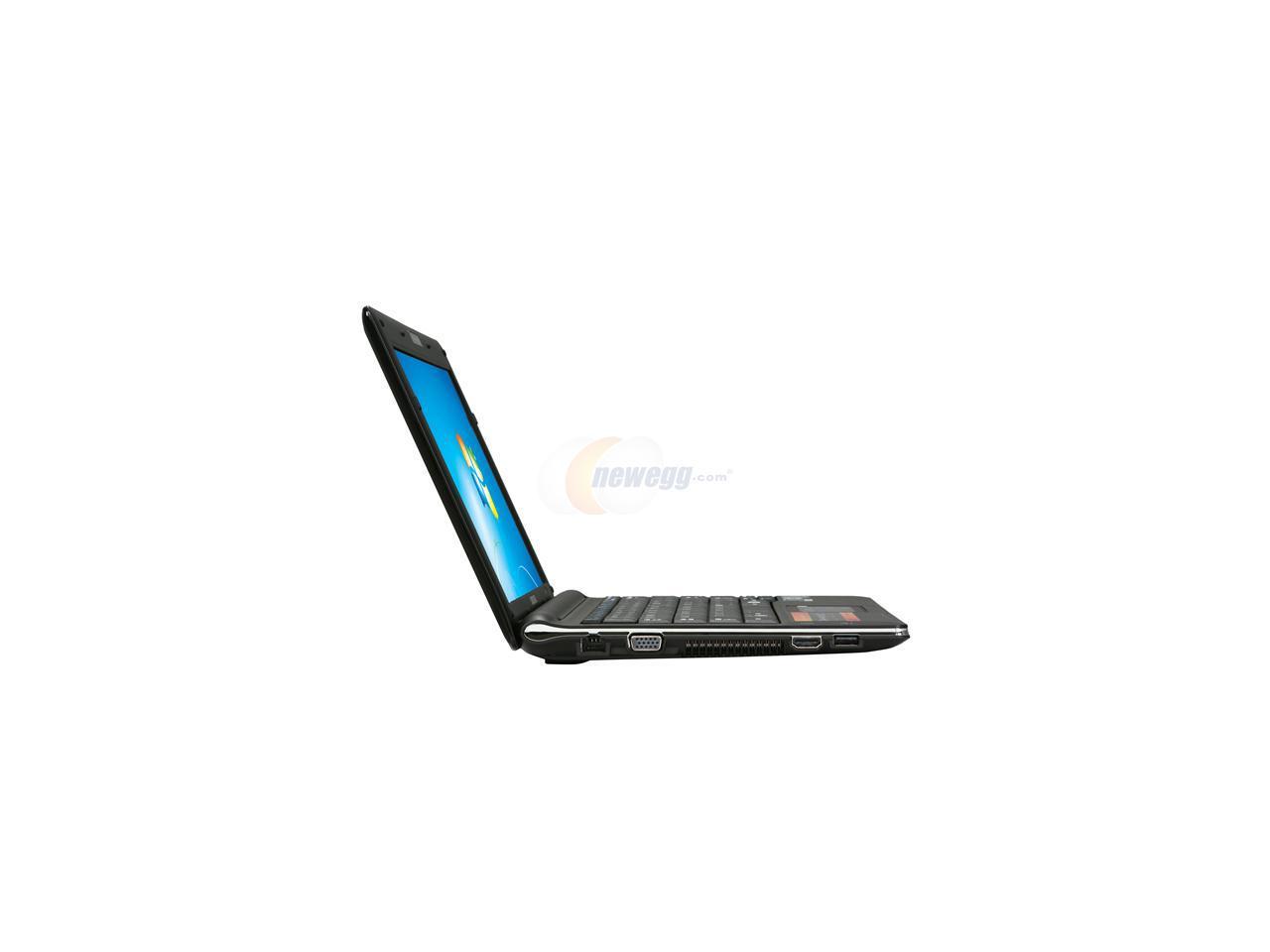 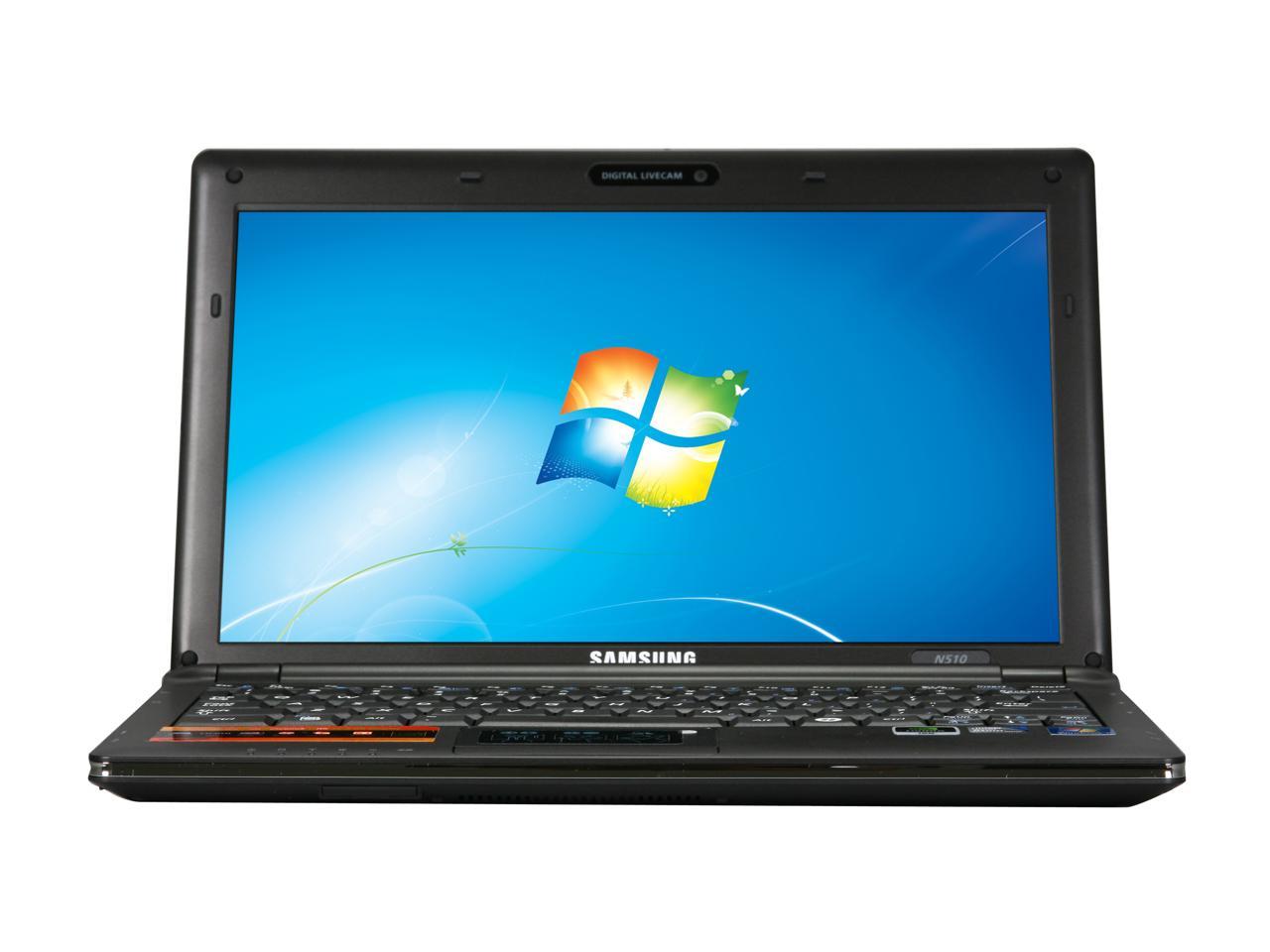 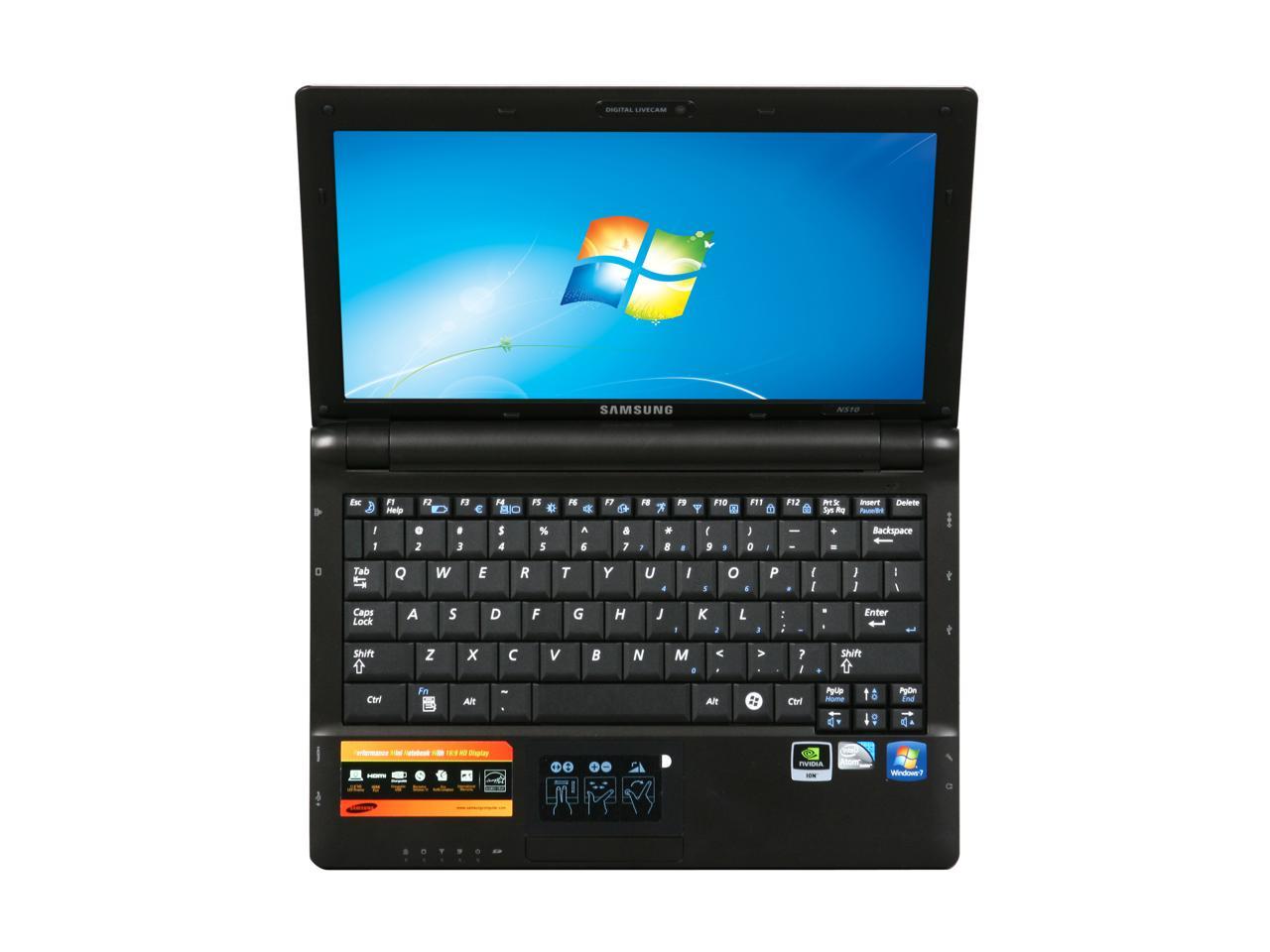 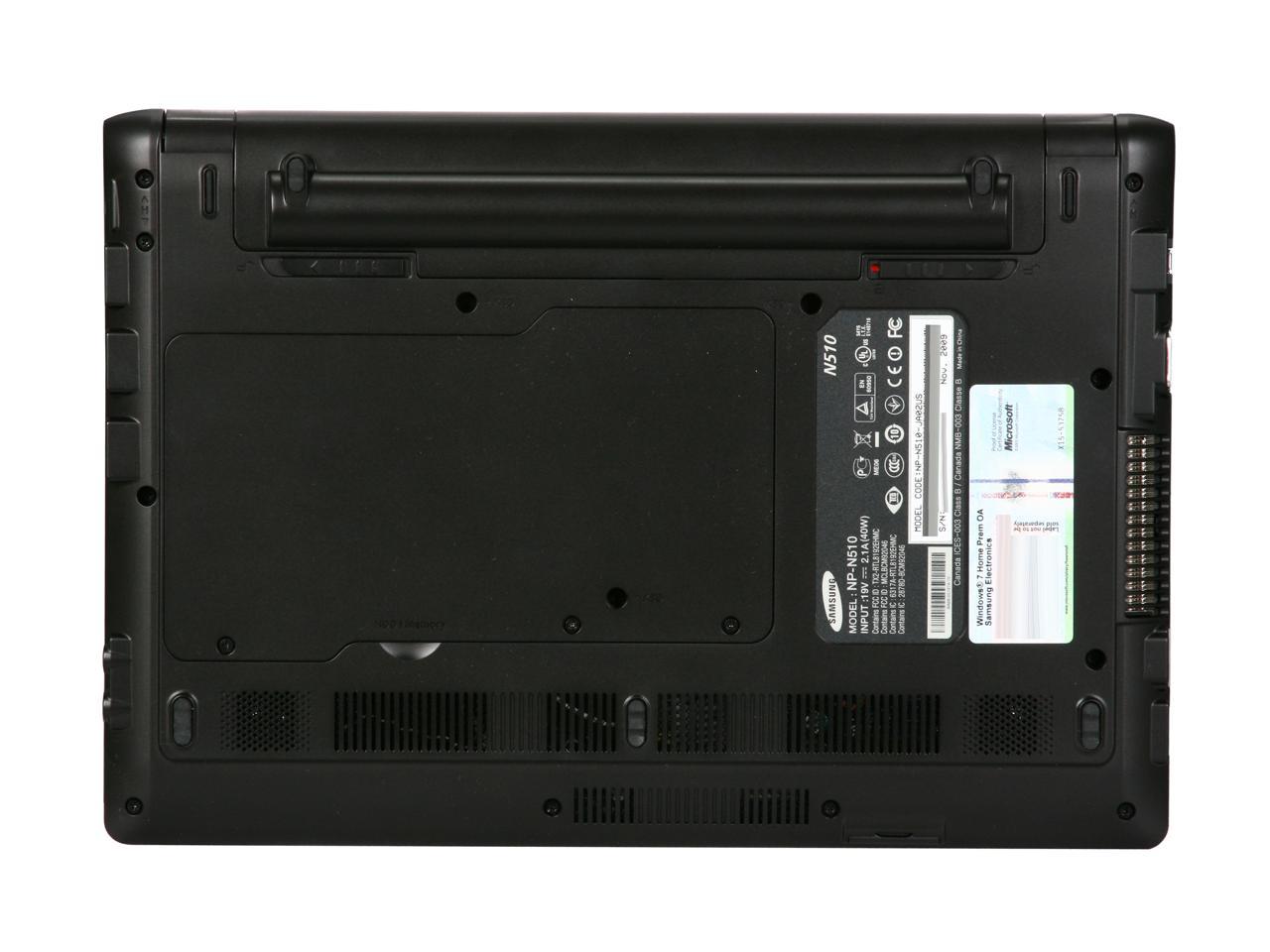 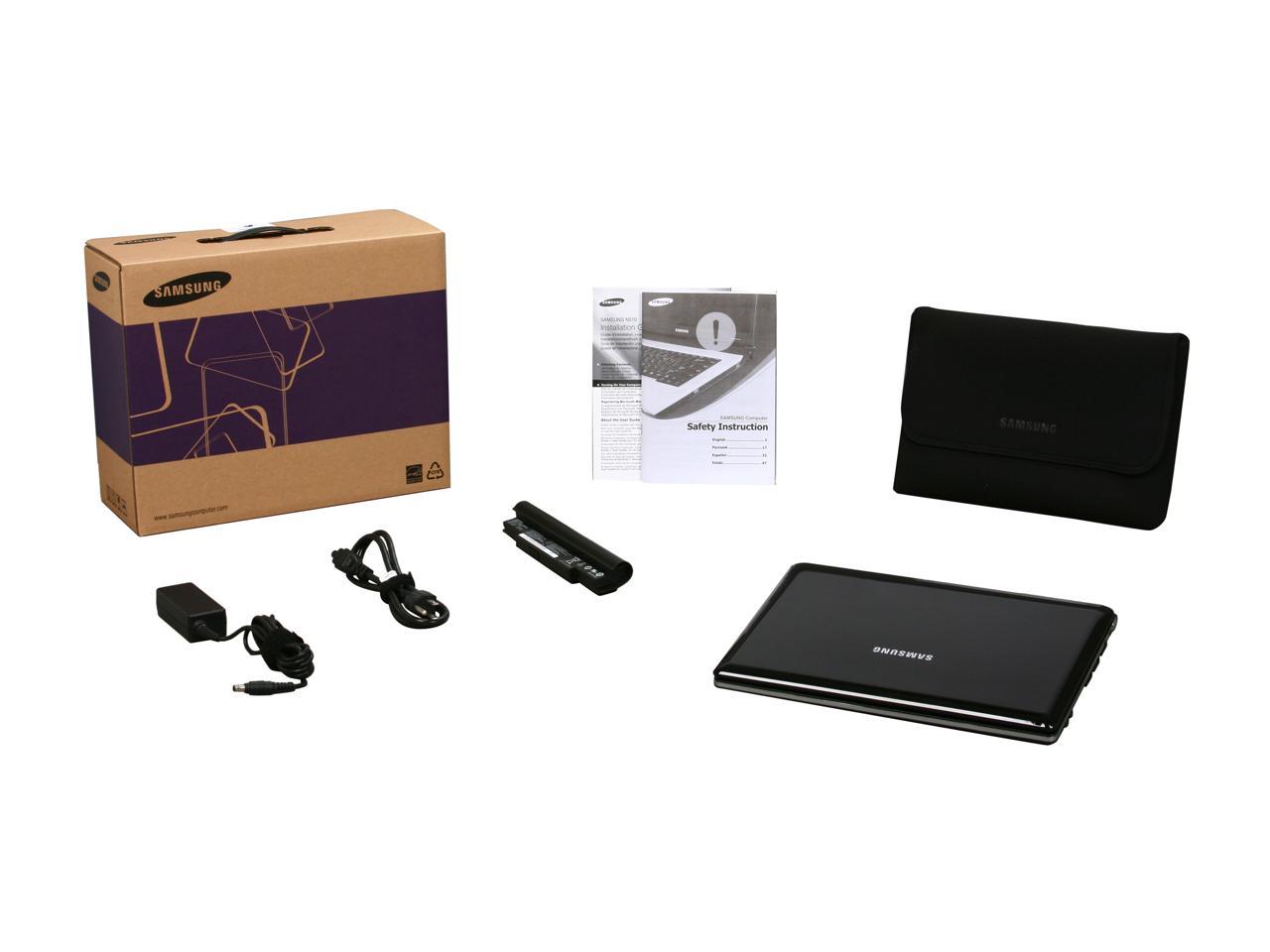 Learn more about the SAMSUNG N510-4B

Pros: Great Screen resolution; wide-screen is very nice indeed. HDMI port is a nice touch, and the over-6-hour battery life has been tested and confirmed. The keyboard is nearly full-sized and has a nice resistance to the keys, making typing comfortable. The standard Windows 7 home premium is nice compared to the typical Windows 7 Starter version associated with a lot of netbooks on the market. Graphics card was tested with a lot of demanding games such as WoW and held up nicely. Overall, a powerful machine rated for performance comparable to many laptops, but with half the weight and size.

Cons: Glossy-black lid means a lot of finger-prints and smears that are impossible to avoid with normal use. Multitouchpad mouse is nice, but a bit on the small side.

Overall Review: This netbook is a nice combination of extensive battery life and good power balancing options with high performance and capability. For someone looking for a netbook this machine does far more than word processing and browsing. A very good investment.

Cons: None that I can think of so far.

Overall Review: Lots of features for the money. The video card actually has 256MB of memory and then shares another 500+MB. The Windows 7 performance index is pretty good from a netbook. The lowest score being the processor of about 2.9 out of 7.1, but the rest of the components score higher. I bought an external Bluray drive for it and it plays Bluray movies fine. Newegg delivered fast as usual and even packed it inside another box.

Pros: Physically smaller than mini 311, bigger keyboard, good sound, supposedly better battery performance (task dependant of course). No onboard memory, so you can suffer a memory failure without junking an expensive computer. Of course there is all the magically benefits of ION, but you wouldn't be reading this review if you didn't know all the awesome stuff these ION netbooks are capable of.

Cons: ION drivers. for some reason, even though it has Win7, Samsung chose to ship with ION LE drivers. This means 200-400 points lost in 3dmark. Hopefully some smart person will "fix" that. The Atom processor is tired and completely at the end of it's life cycle. Sadly, future ION machines will likely lose Intel support, so if you're an Intel person like me, this is the final stop for high performance netbooks. Lastly, while it's a plus not to have the albatross of onboard memory, limiting you to a single expansion means that you're never gonna get a memory upgrade unless updates allow the comp to use the 4gb stick.

Overall Review: The Samsung has amazing potential. It might have been released too soon however. There are a lot of software improvements this comp can take advantage of. The only REAL incurable drawback is the processor. You can go Asus1201N, but forget using it on the go, you'll get less than 4 hours. The samsung is a well thought out compromise in need of just a few minor tweeks and given the spec, you'd be paying only 15 more than an equally equipped Mini311. but to get the equally equipped Mini, you have to go to hp directly, and they're gonna smack you with 30 dollars in tax and another 30 to ship. suddenly the Mini isn't cheaper at all. So Mini or N510? I struggled with the choice a long time, but have faith. The Samsung is the right choice if you need 5+hours of life and the smallest available form factor do-everything desktop replacement.

Pros: This is the perfect size netbook, not too small and not too big and bulky. You will be getting finger prints on the lid so have a soft cloth available. Screen resolution is great, has a larger keyboard than my NC10 so typing is easier.

Cons: This netbook is way too slow for the price. Boot up seems to take forever. When typing the letters have to catch up with the cursor. Opening websites is slow and going to different pages is slow. I have looked everywhere for some solutions to the slowness of this computer but have come up empty handed. Not sure if it's Windows 7 or not enough RAM, even though it comes with 2G. I've even looked at the manufacturer's website for updates or possibly purchasing more RAM, I guess it's so new that it's not available yet. I am getting about 5 hours of battery time, but I max everything out.

Overall Review: I think there will eventually be some updates, tweaking and extra RAM available that will make this machine fast. For me, there is nothing more frustrating than a slow computer.

Pros: The unit is pretty, the weight is acceptable, the trackpad/screen/multitouch are excellent, hard drive nice and large, hdmi nice, keyboard excellent though the FN should be on the right so as to be able to raise/lower volume and brightness with one hand.

Cons: The battery mooring was loose so the unit kept turning off when moved, the unit was unacceptably hot on the bottom/ left side (too hot for a lap), their was an unpleasant lag in carrying out functions (windows 7? memory limit? i had 2g), non Windows movie players don't work on Windows 7 I guess (jetaudio and media player classic wouldn't). battery time not very long compared to some

Overall Review: no refund from New*gg, only a replacement. Their prices aren't low enough for this kind of policy. If they want to move into the mainstream they'll have to adapt. I'll wait for things to come on A****n from now on. I'll also wait for a smaller unit with a matte screen and long battery from Samsung.

Pros: The keyboard and touch pad are very nice. Decent performance from Windows 7 Home Premium (32 bit). Sound and matte screen are above average. Easy access to the hard drive for swapping (was key for me over the Eee)

Cons: Price... it's a netbook. I bought into the performance hype of the ION LE, but that is all it is. My daughters Asus Eee 1005HA with 945GSE/N270 Atom performs just as well for the computing tasks we do. Web browsing gains may come with the next version of Adobe Flash, until then it is not worth beta testing. Battery is a little tricky to latch in place, not hard, but should "click" into place better.

Overall Review: The overall craftsmanship of the N510 is very nice, and you can see and feel the quality Samsung puts into their products. I just think a better price point for this would have been a couple hundred $'s cheaper.