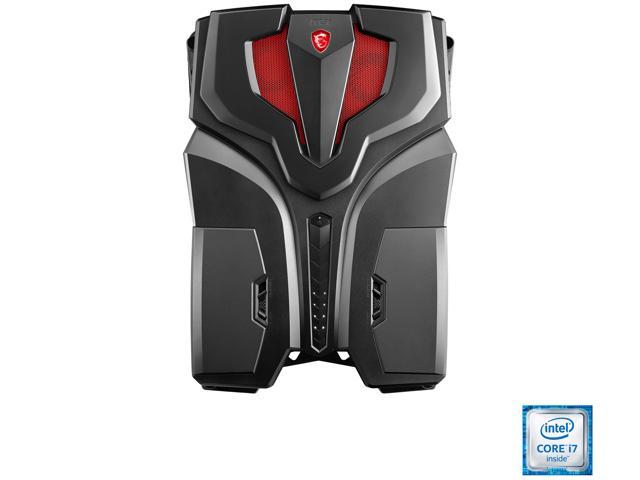 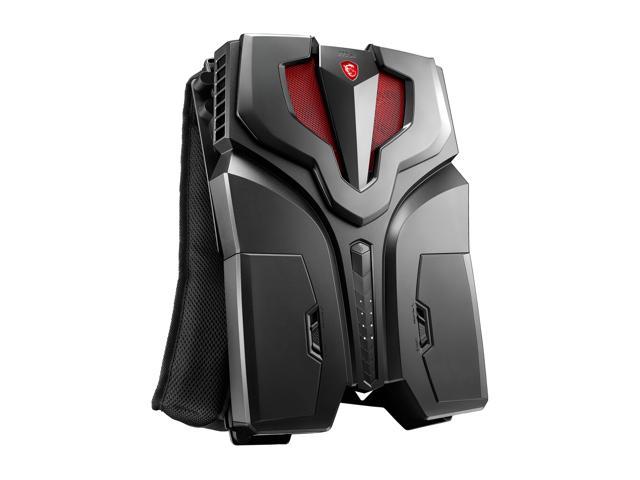 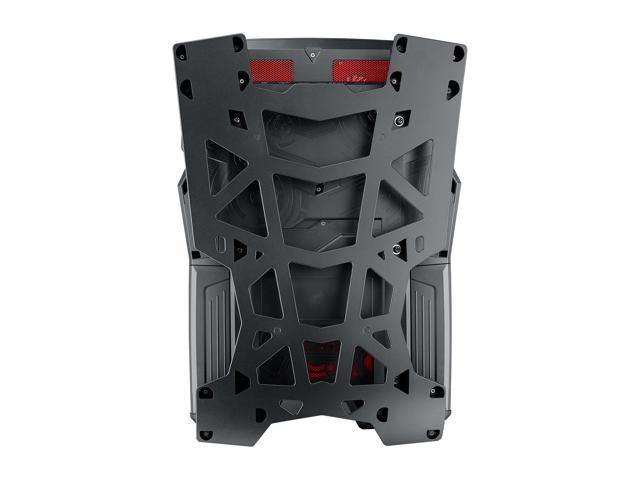 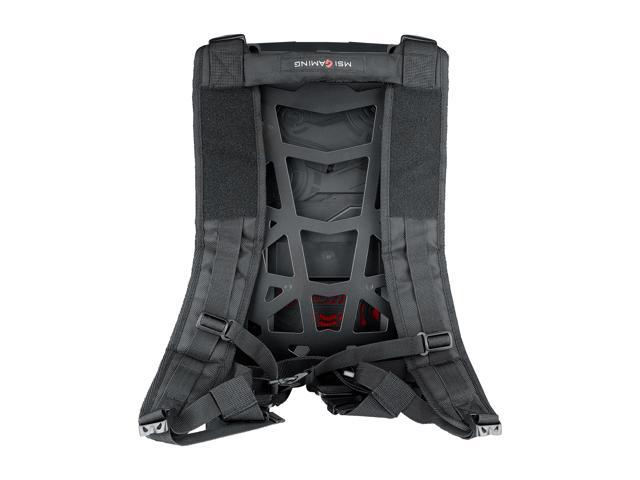 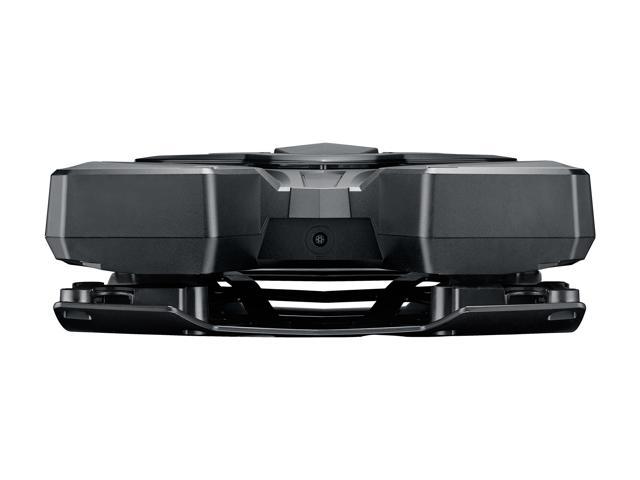 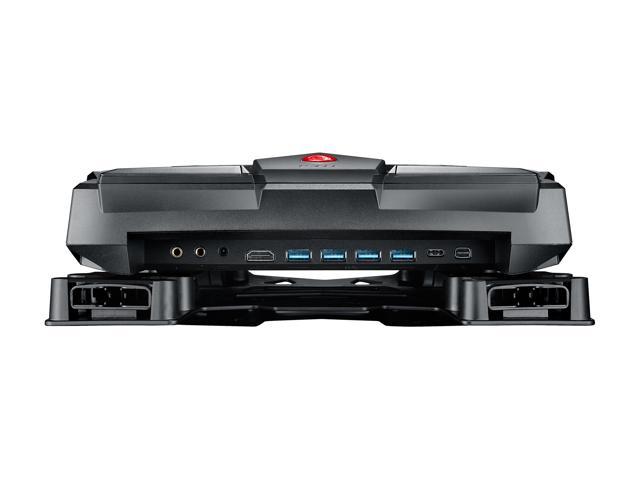 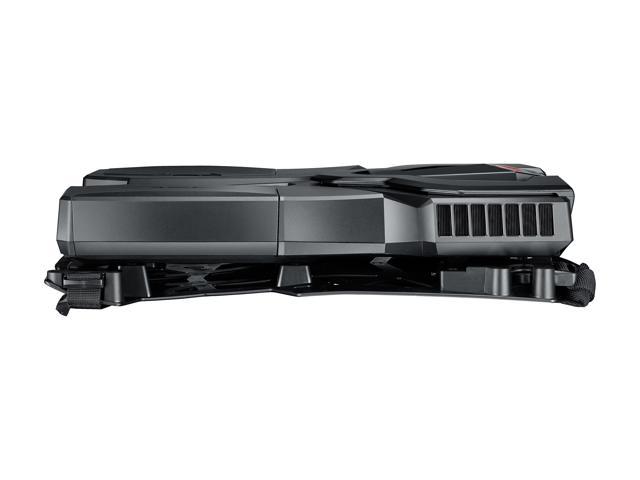 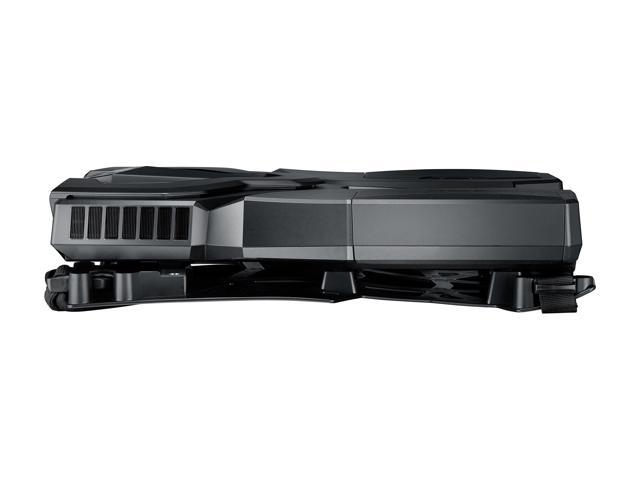 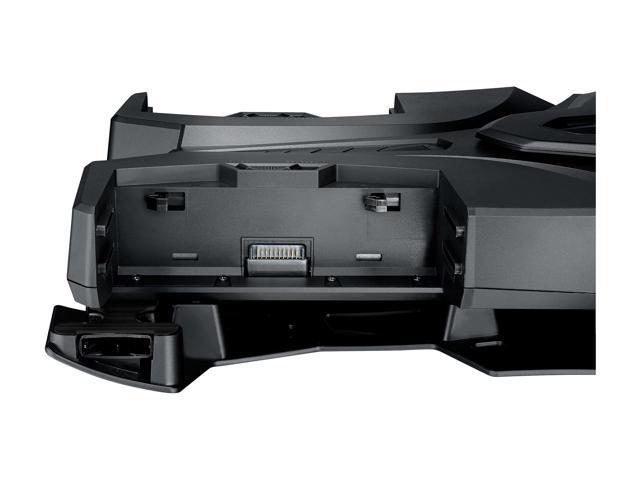 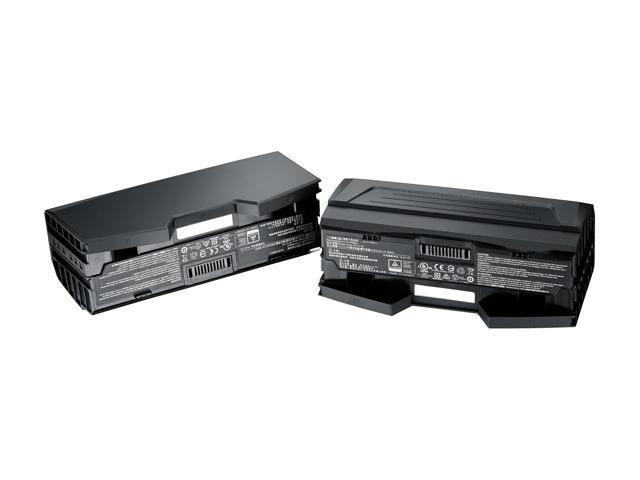 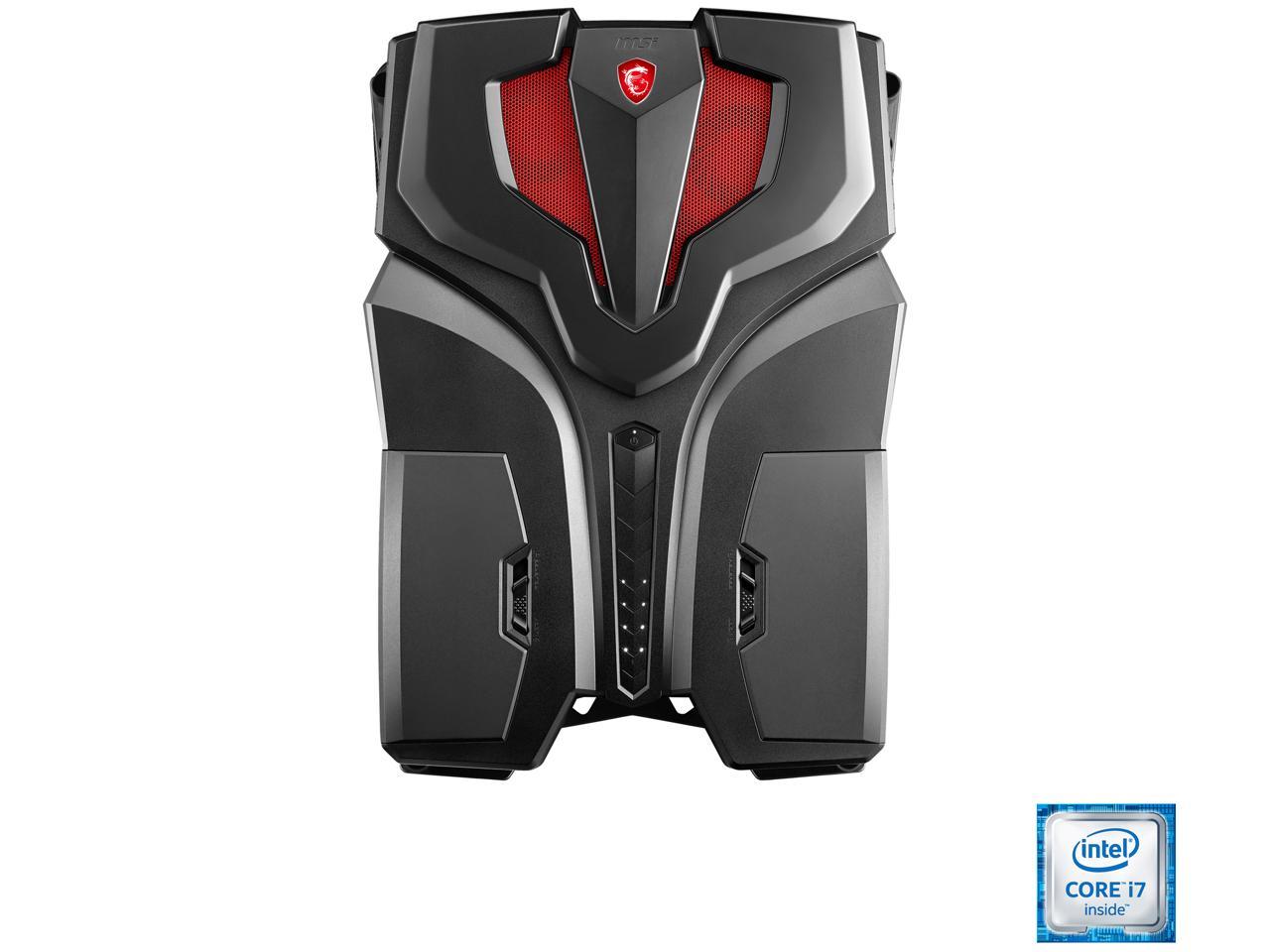 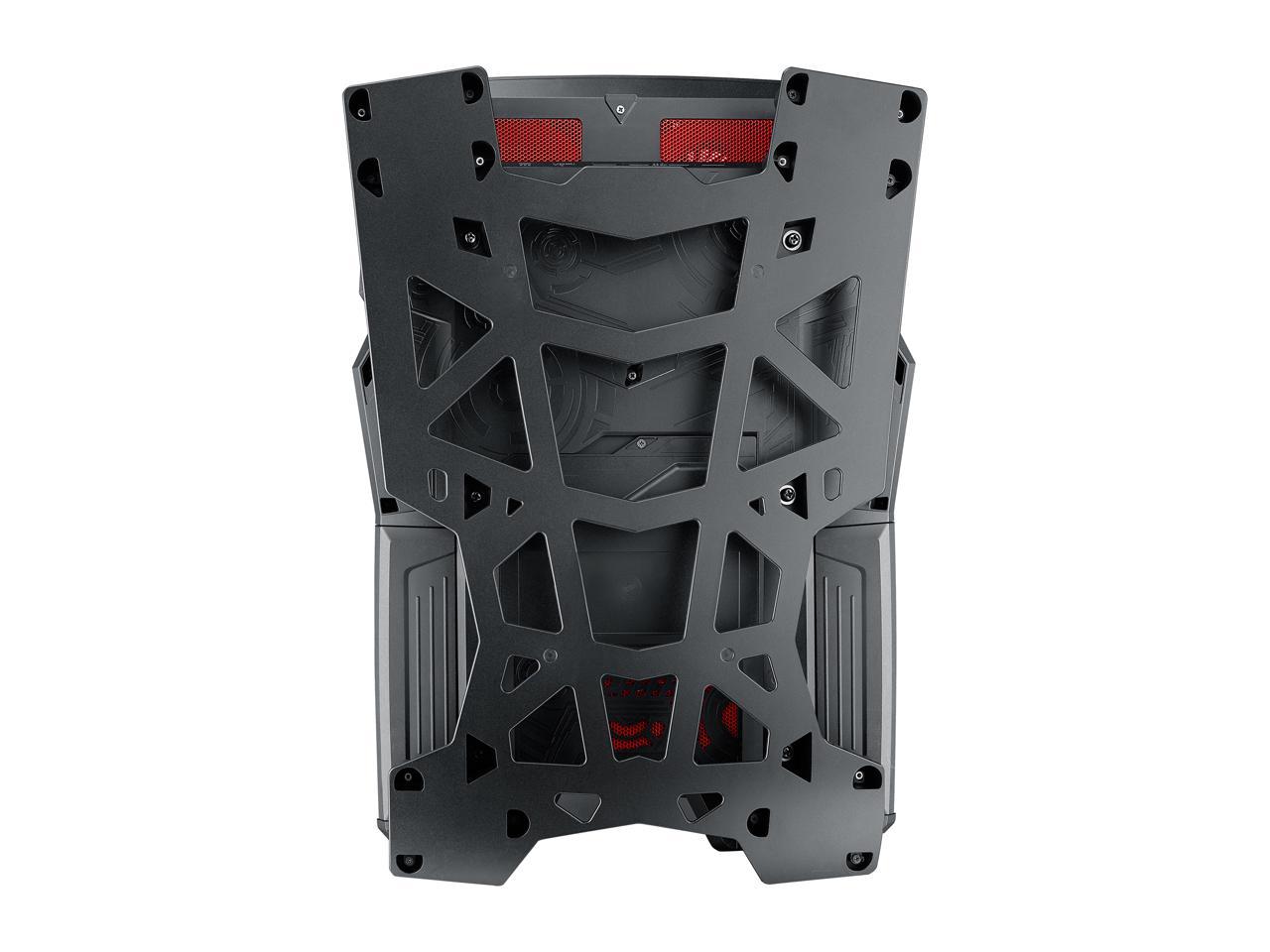 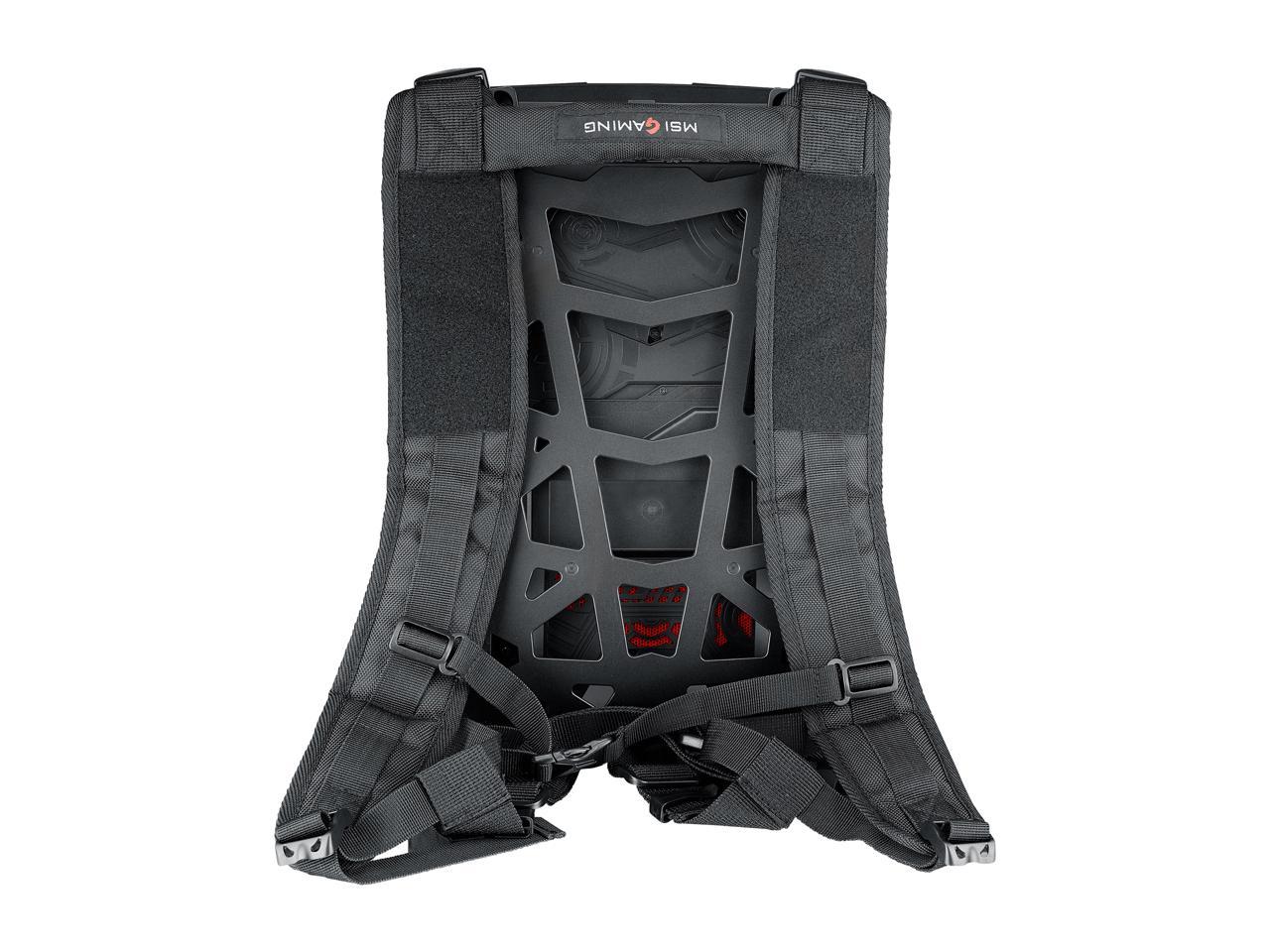 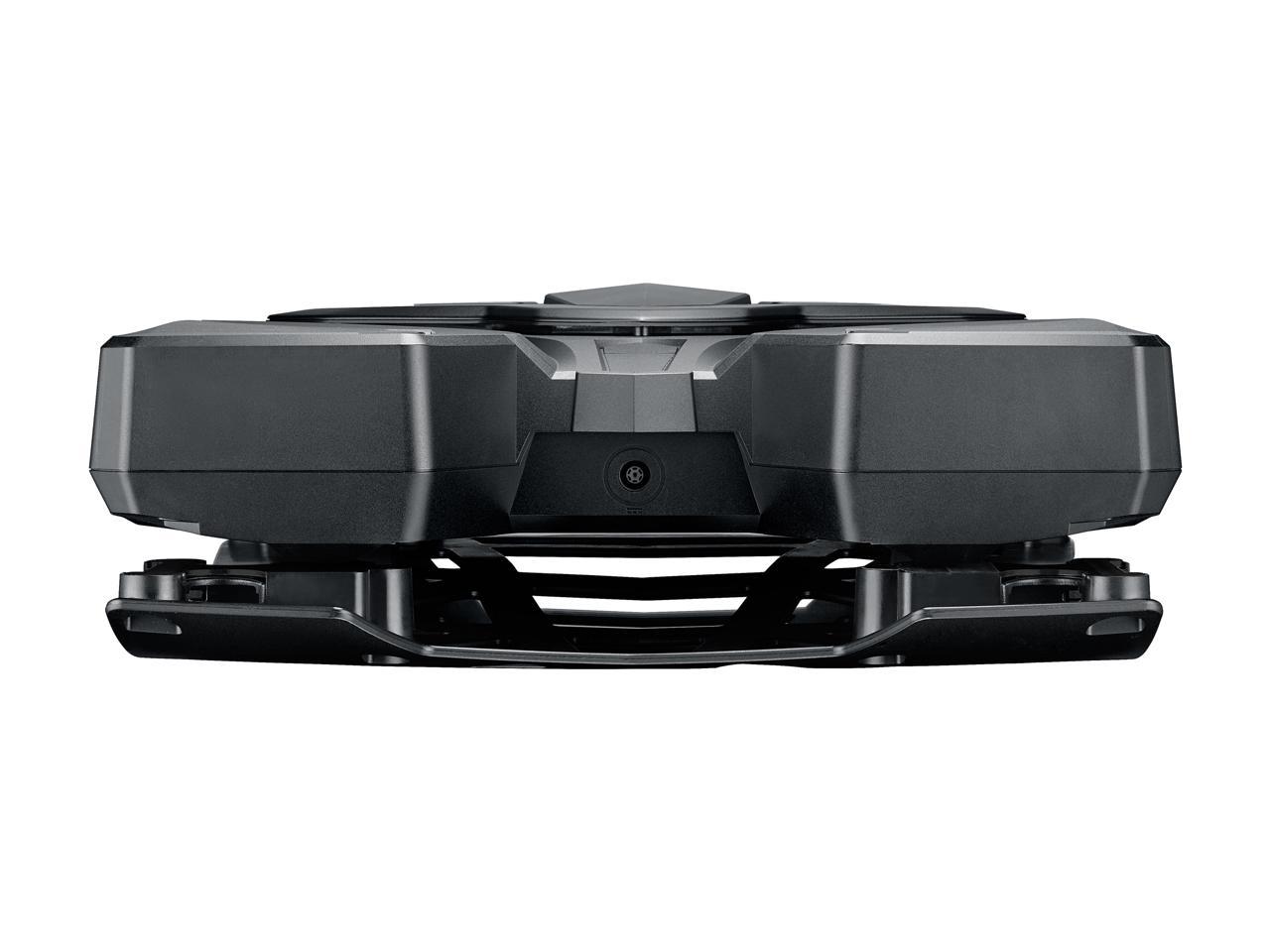 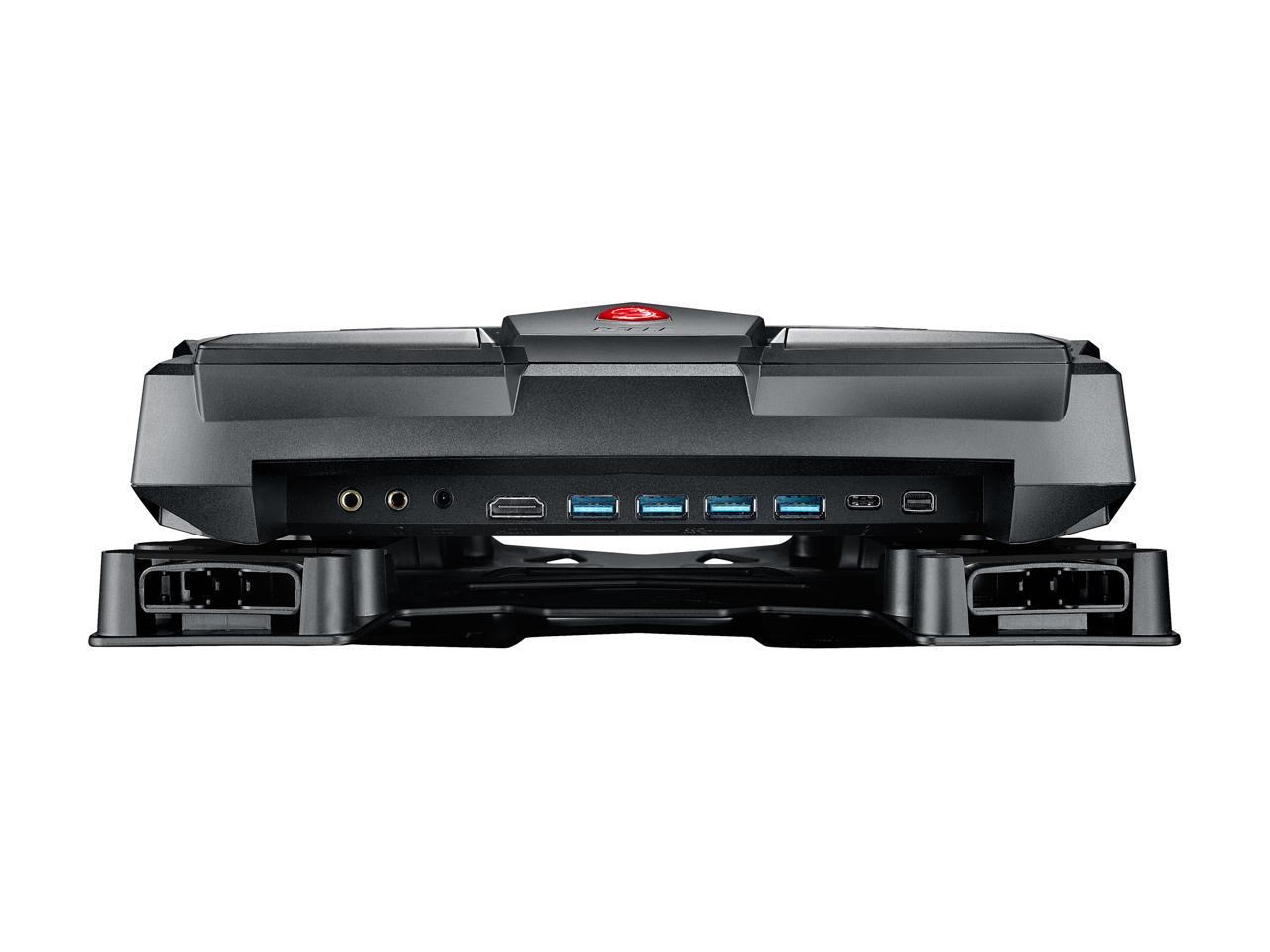 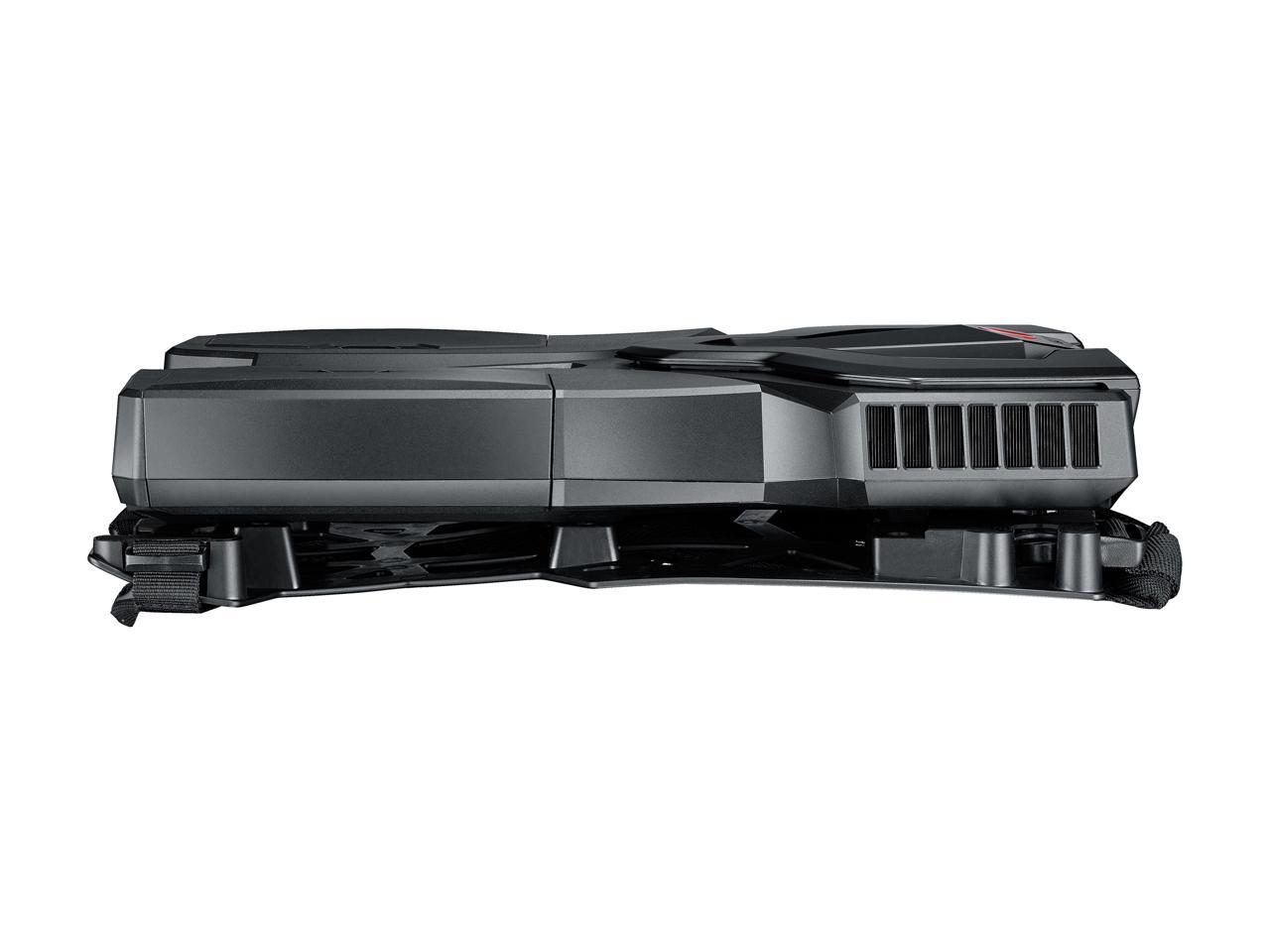 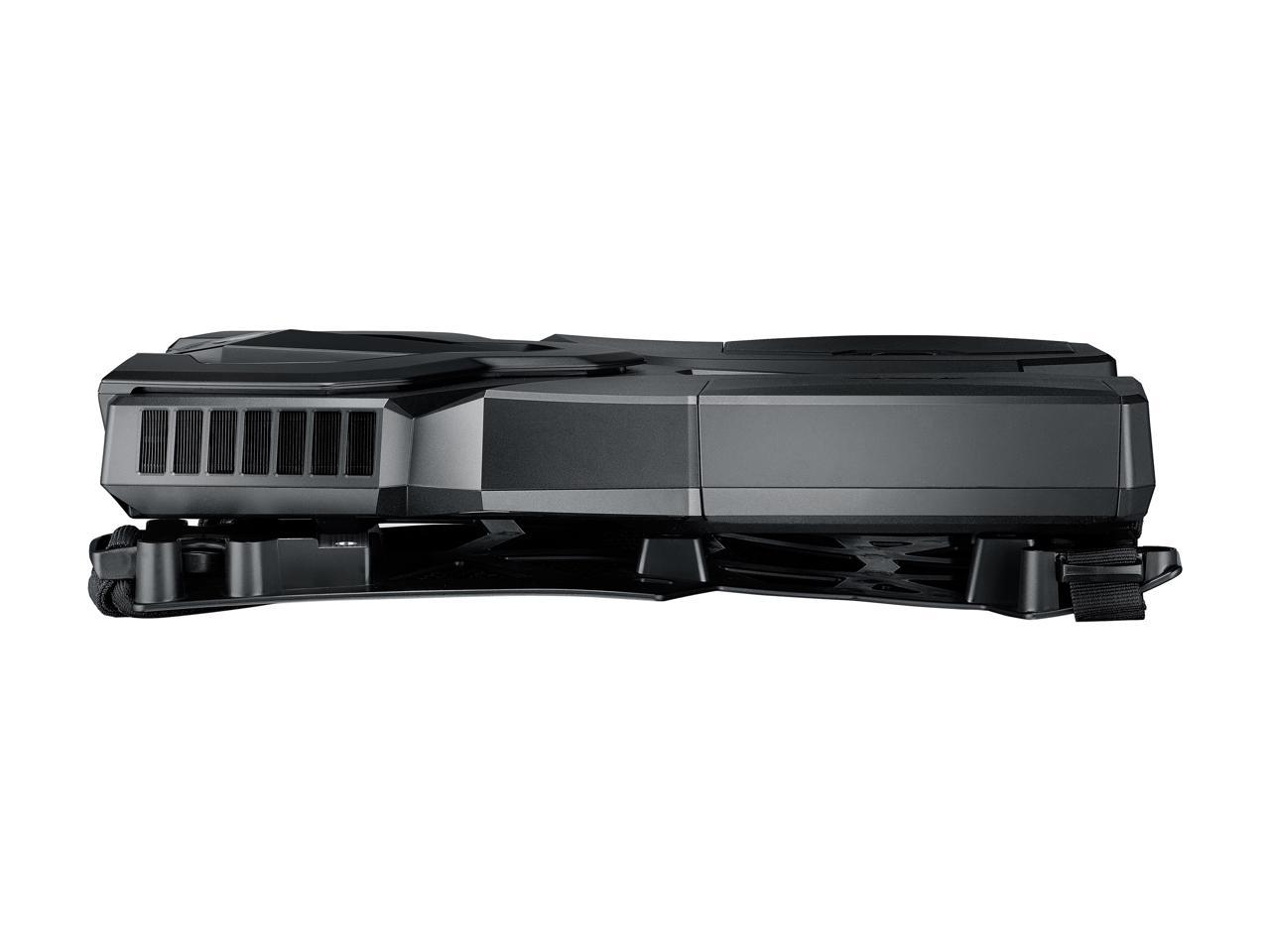 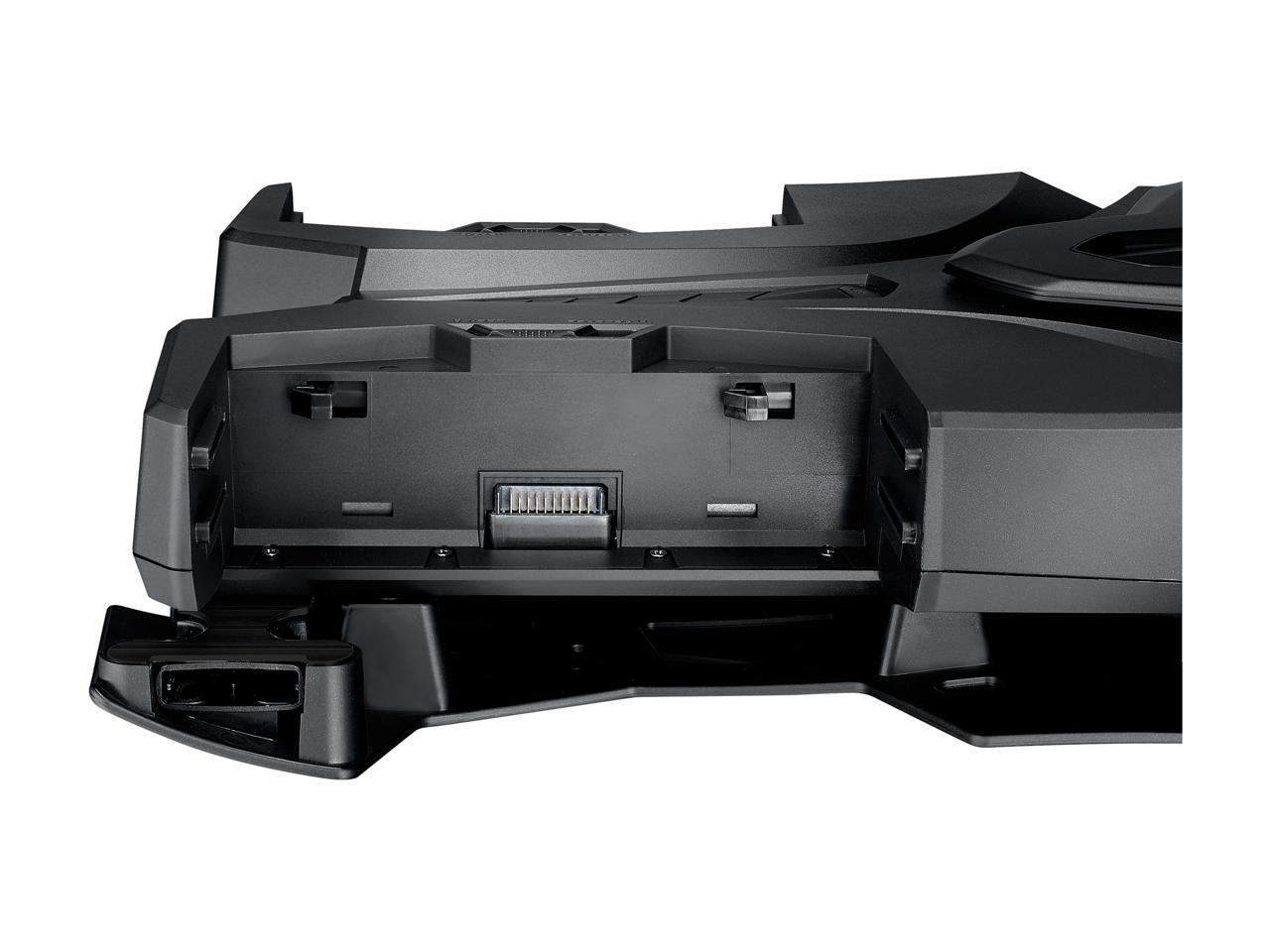 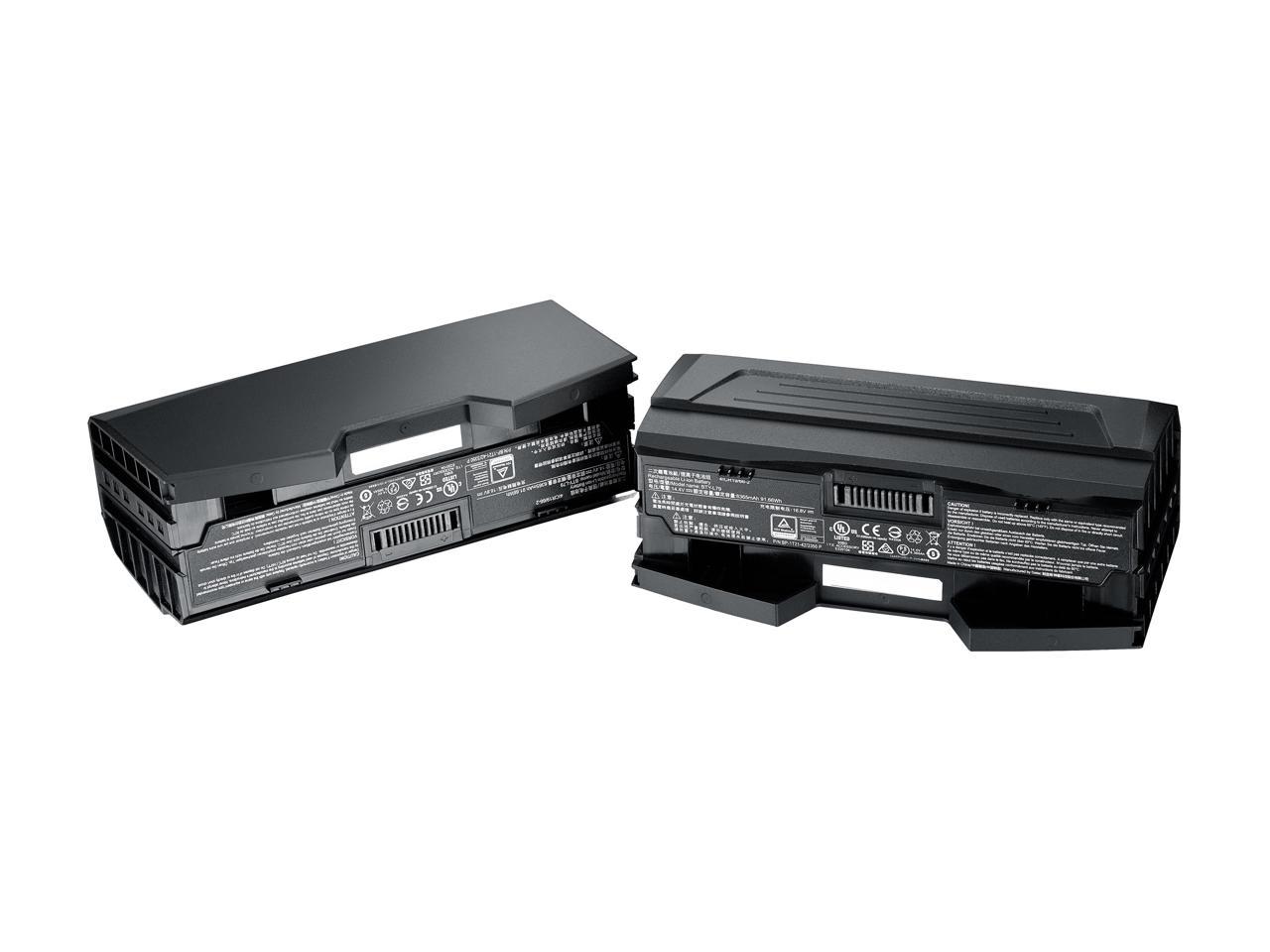 Learn more about the MSI VR ONE 6RD-007US

Pros: -Powerful enough for VR. No issues with any games (Raw Data, Space Pirate Trainer, etc) and scored a 10.3 on Steam VR Performance Test. Functions just fine as a desktop with a laptop stand. (I used a 3M LX550 Notebook Stand) -Light weight. At around 8 pounds it is light enough that you don't really notice it on your back. Several family members tried it and no one thought it was too heavy. -Does not heat up the back. The exhaust vents direct the hot air way from the user and the backpack structure is vented with a one inch spacing between the PC and your back. Never noticed the heat at all. -Comes with a 3' replacement 3 in 1 cable. Instead of dealing with the 16' HTC Vive cable you can replace it with the included cable. This also removes the need for the link box. Power for the headset comes directly from the PC. -No tether! I didn't realize how much I interact with the 3 in 1 cable until it was not there anymore. I am always walking on it, untwisting it or moving it out of the way. With the backpack that issue is gone and in games like Raw Data where you are spinning around not having it makes the game that much more immersive.

Cons: -Battery life. Depending on the game(s), your battery life will be 60-90 minutes max. At this point in time the spare batteries and charger are not available so once the batteries run out you would have to switch back to the long 3 in 1 cable and plug in to AC power. The batteries took about 2 hours to recharge. Once the extra batteries and changer are available this will not be an issue if you spring for them. - Starting VR. With no display connected it can be an adventure getting things up and running. I connected a monitor to the mini-displayport and used a wireless keyboard to launch SteamVR. Once running I would disconnect the monitor and everything was fine. You can also use Remote Desktop Protocol (RDP) to connect to the computer (which is why it comes with Win10 Pro) and control it that way. The second way was better because without a display connected there is no way for anyone else to see what you are doing. The RDP session had a bit of lag but still worked well. I have heard Steam Broadcasting might work for viewing the game but I didn't try it. -Cost. I did a quick search of Newegg for a laptop with matching specs and everything that I would actually buy was around the same price. But since this PC doesn't have a screen or keyboard I would expect it to be a little cheaper. I don't know what the extra batteries or external charger are going to cost but in my experience they are almost required so that will have to be factored in as well. -Not upgradable? My unit came with a sticker over the access panel to the memory and M.2 drives that said "Warranty Sticker Void if tampered". That was dealbreaker for me and I sent the unit back.

Overall Review: One small issue is the backpack straps, it would be nice if the entire structure came off with one button press instead of four buckles. It would make switching to "desktop mode" easier. Another small issue is when the display is disconnected. I discovered that Steam desktop or Virtual Desktop would not display anything inside the headset unless I was connected with RDP. Until wireless for VR is perfected this is a compelling solution if you are looking for a new system or upgrading to run VR. Having tried the cable on the ground and even suspended from the ceiling using a retractable dog leash this is by far the best option. Using the backpack we were able to max out the play space to 17' by 17' in the garage. We started to lose tracking with anything larger. Not having the cable on the floor to trip over makes gameplay so much better. This PC was more than up to the task.

Pros: OK the PROS!!! 1. Love the freedom of no long cable dangling around my feet. 2. Pretty light weight with everything connected, you foget you're wearing it. 3. Very quite, sometimes I wasn't sure it was on, except when you hear the fan turn on and some heat from the sides. 4. I bought the 1060 6gb version, VR games worked well, felt the same as my desktop cable connected version with a amd 480 8gb card. 5. Battery life is about 2 hrs, maybe a little less but enough if you take breaks to plug back in. Somewhat long enough , not as bad as some might think. Cons!!! Kinda difficult without a screen to setup, I bought a windows wireless adapter and connected that to the tv to stream after steam and steam vr was up then run the game. Sometimes though the wireless stream would shut down and then no desktop and that can be a pain to run another game, you would have to re connect a hdmi cable and re due things but it did work well for other to see what I was doing. Never while playing in a game was there any issues, just some demos do cause problems when trying to close but that is a steam demo prob. Small ssd, i have the 256gb and after loading everything, i have about 160gb left, most full games are pretty big so you wont get to much unless you delete. I'm also not to thrilled that they don't have a charging station out yet with extra batteries. Once those are on sale or added to the package like Zotac had done, then we're talking.. Overall I really like it, love the freedom of no tether. I know there are wireless solutions coming out soon which are really gonna be cheap but unless its latency free or close to it, I'd keep a backpack with extra batteries.. Hope this helps anyone considering looking into buying one.

Overall Review: Pretty cool for VR aracde setups like I'm thinking of doing or if you have a good size space to play in, well worth it, remember you still are getting a good gaming pc/laptop.

Cons: The box was missing the backpack straps that allow you to wear the computer. 2 weeks dealing with MSI support and I still do not have a set of straps. Currently a $2,300 paperweight.

Overall Review: Having gotten used to Microsoft and Apple customer support, MSI's support is a total deal killer. Days to get short uninformative email responses, calling support just keeps pushing me back to email. No commitment on when they will resolve the issue. What a let down for Christmas day.