This item is currently placed on backorder status and will not be shipped until inventory is confirmed. You will not be charged until this order is processed. Newegg cannot guarantee inventory for backordered items.
Price Alert
Add To ListFound on 11 wish lists 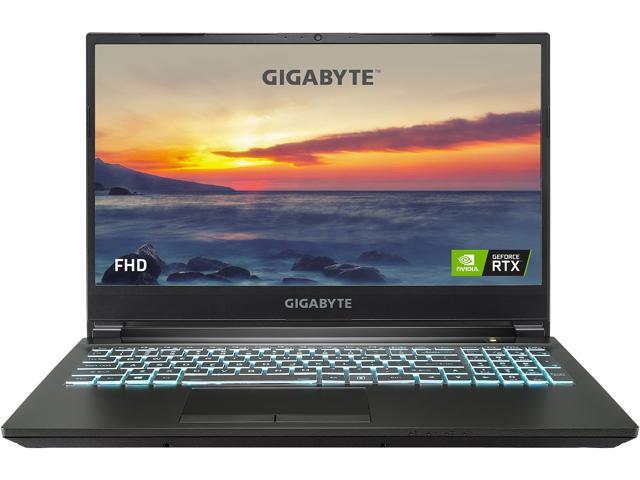 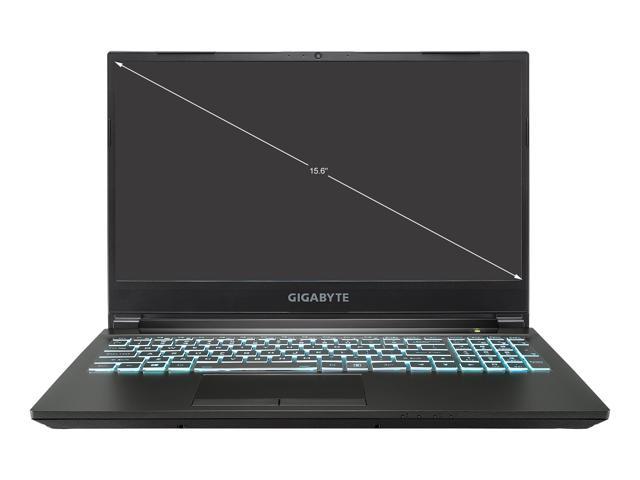 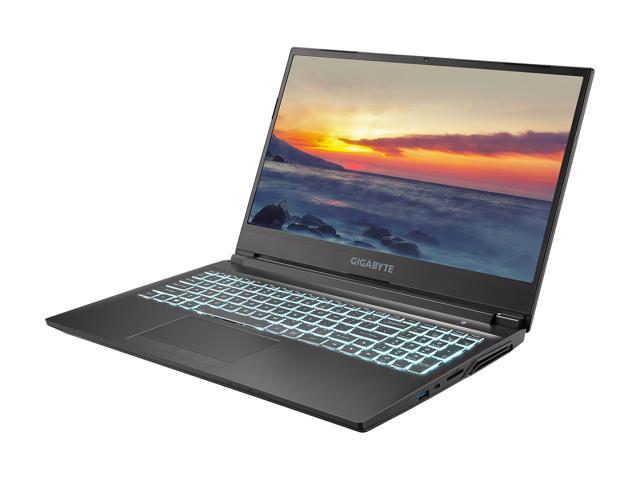 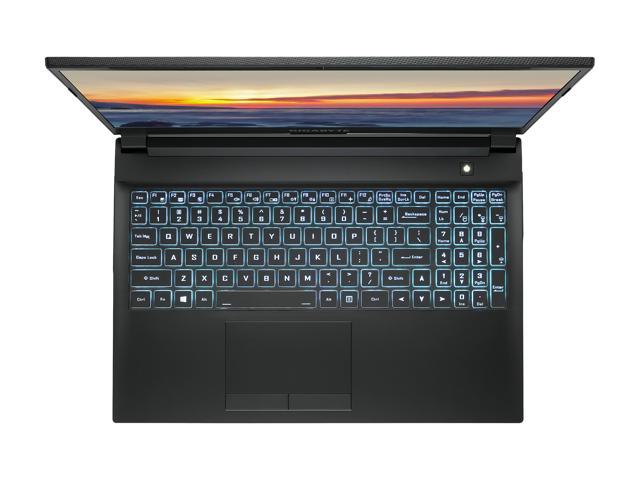 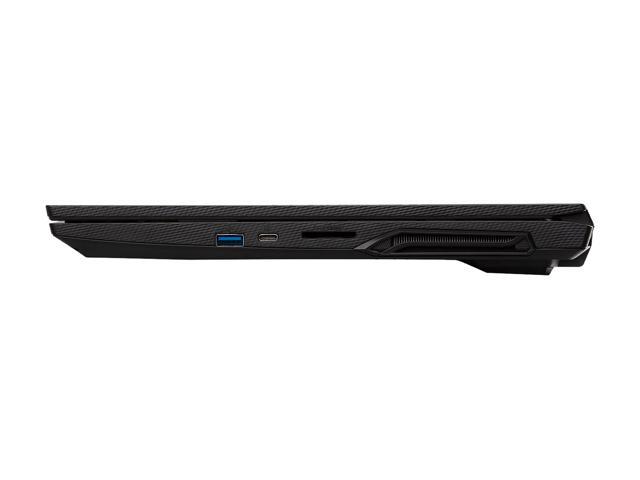 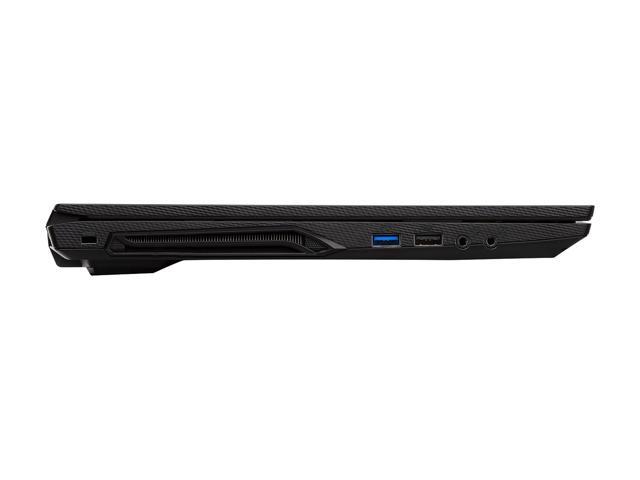 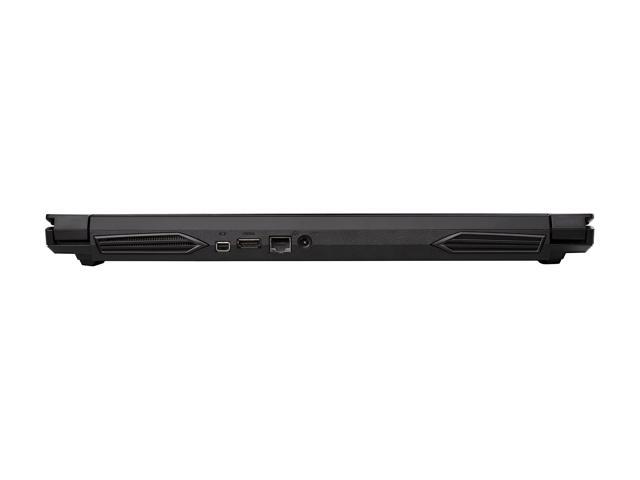 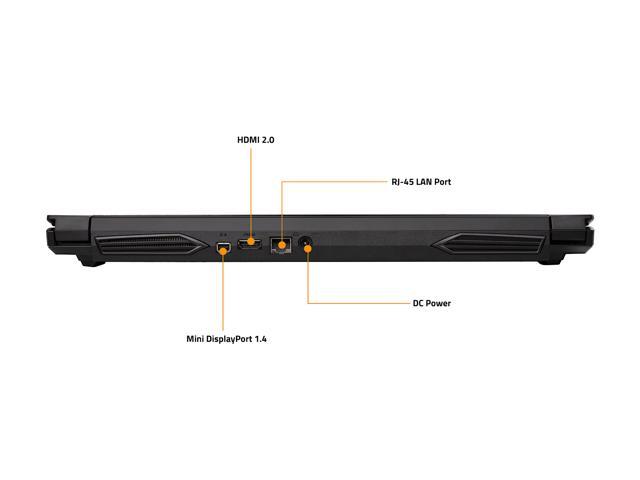 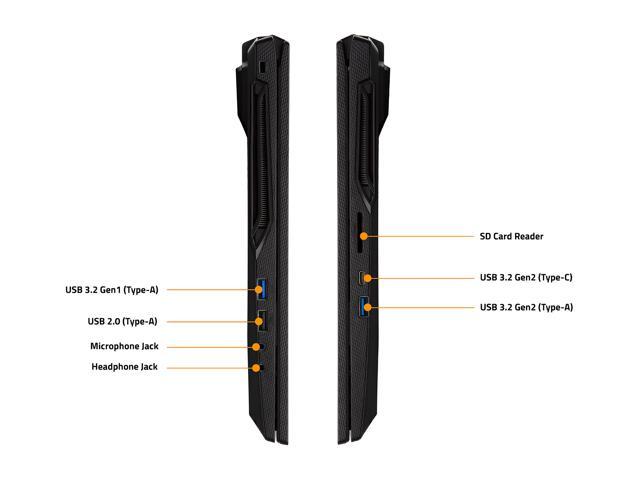 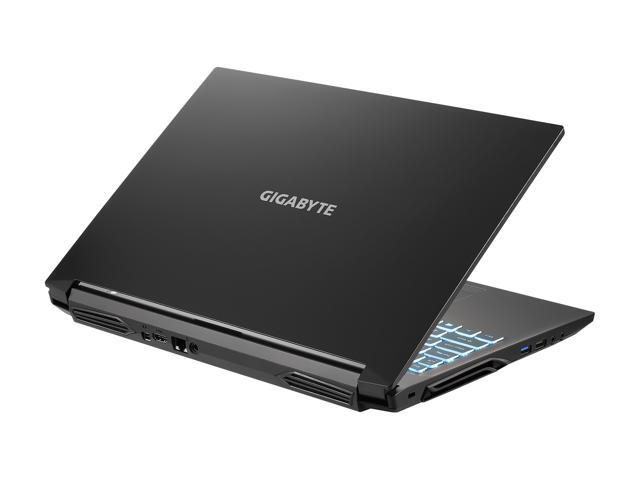 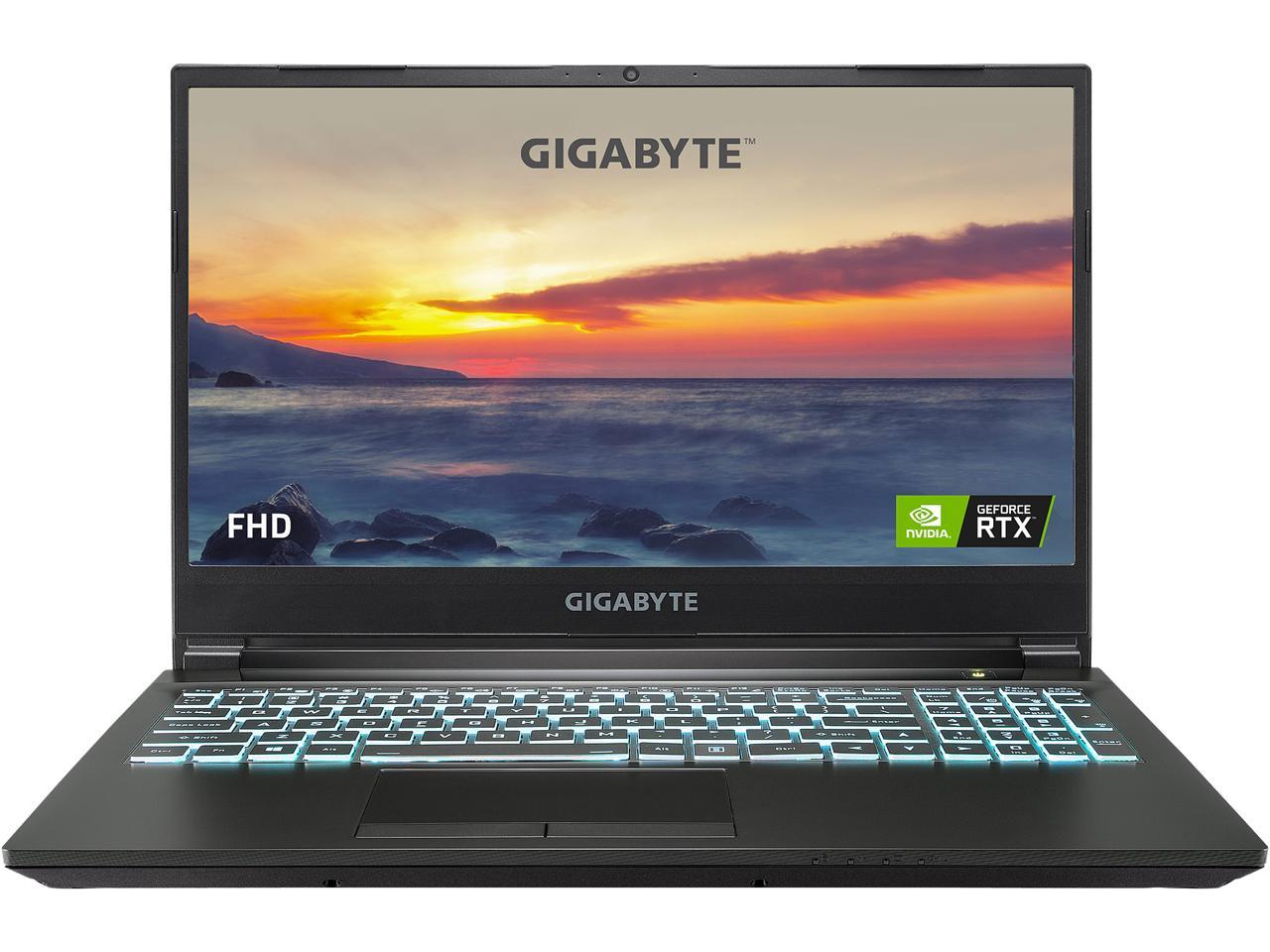 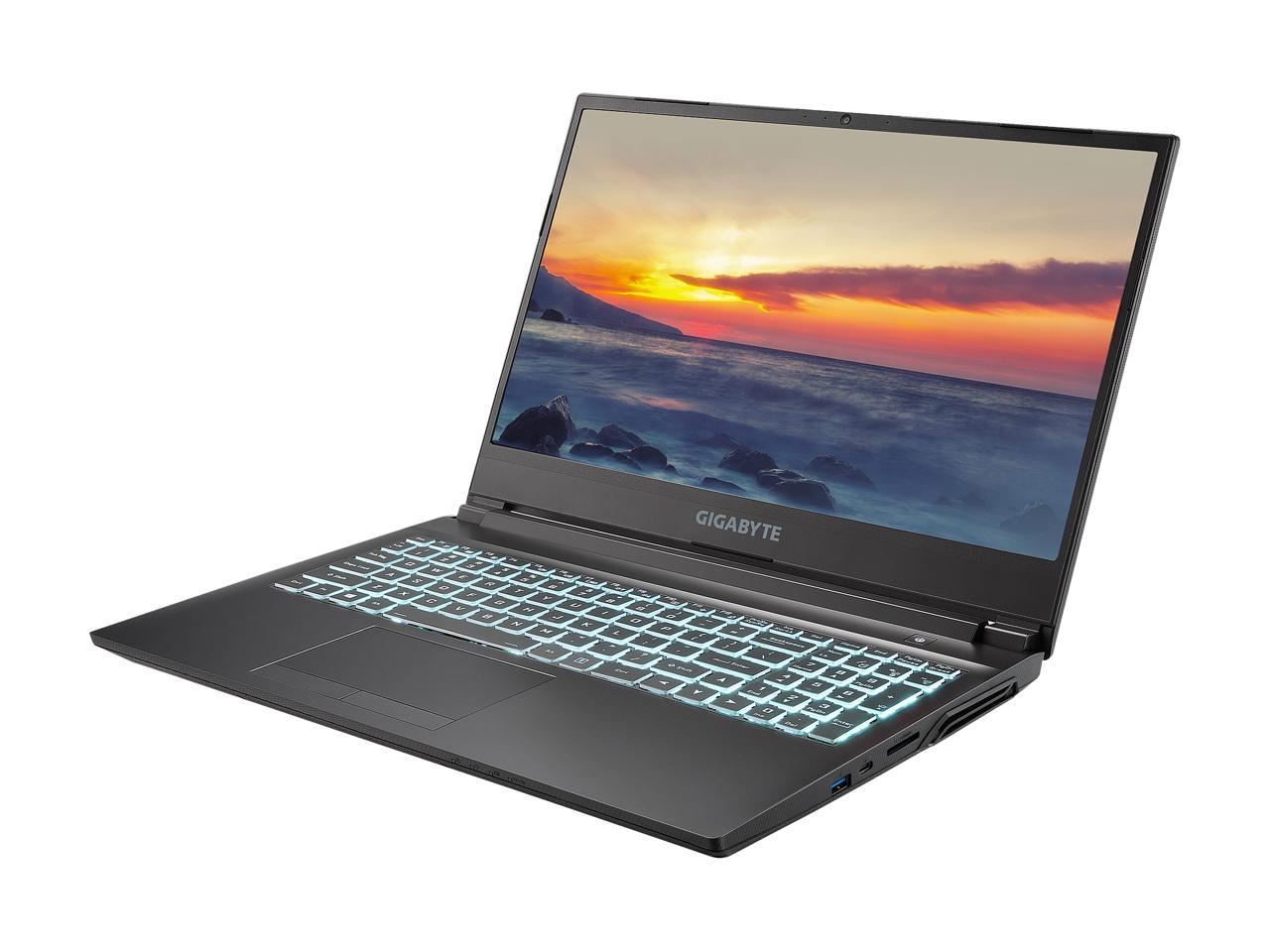 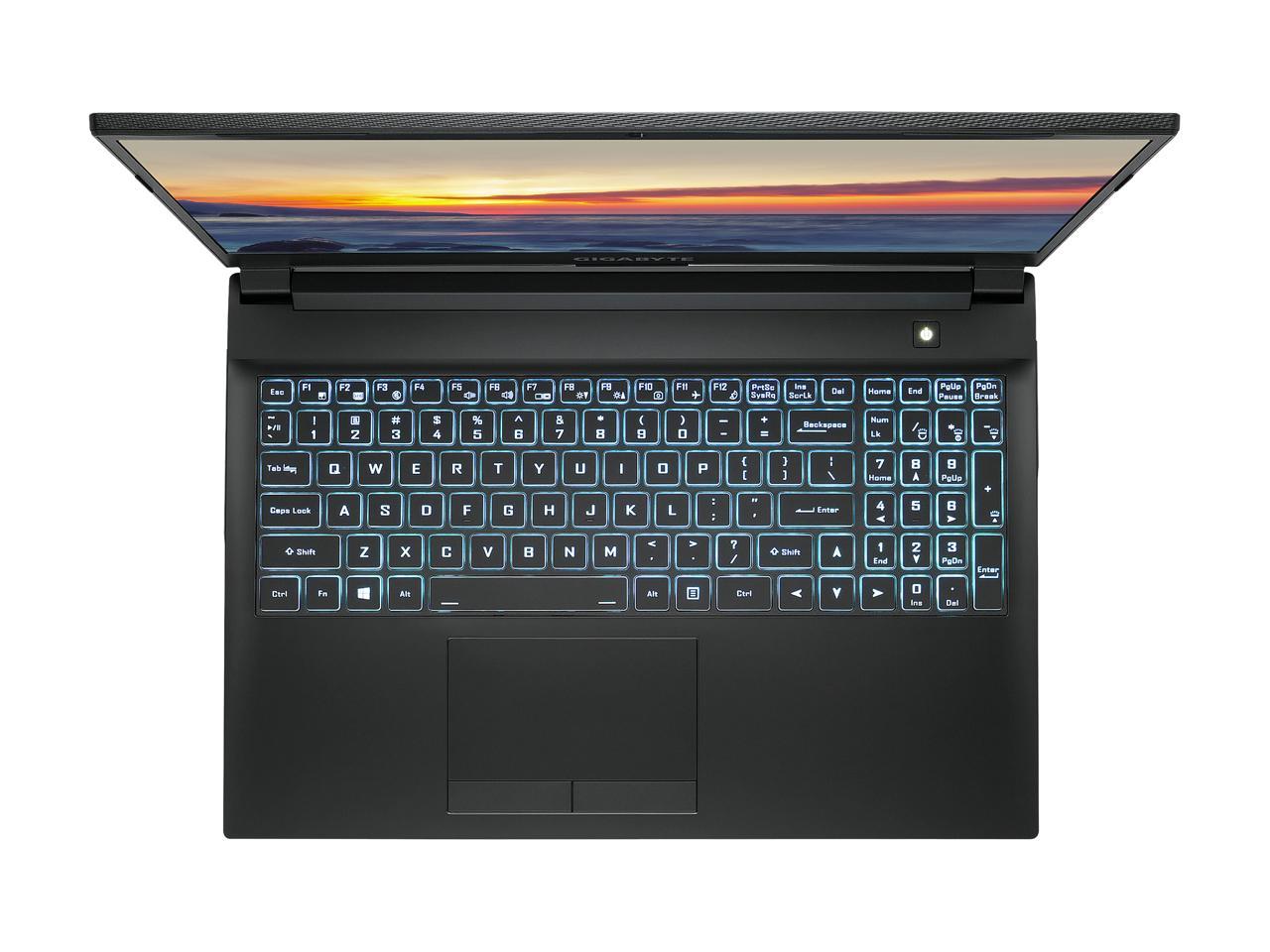 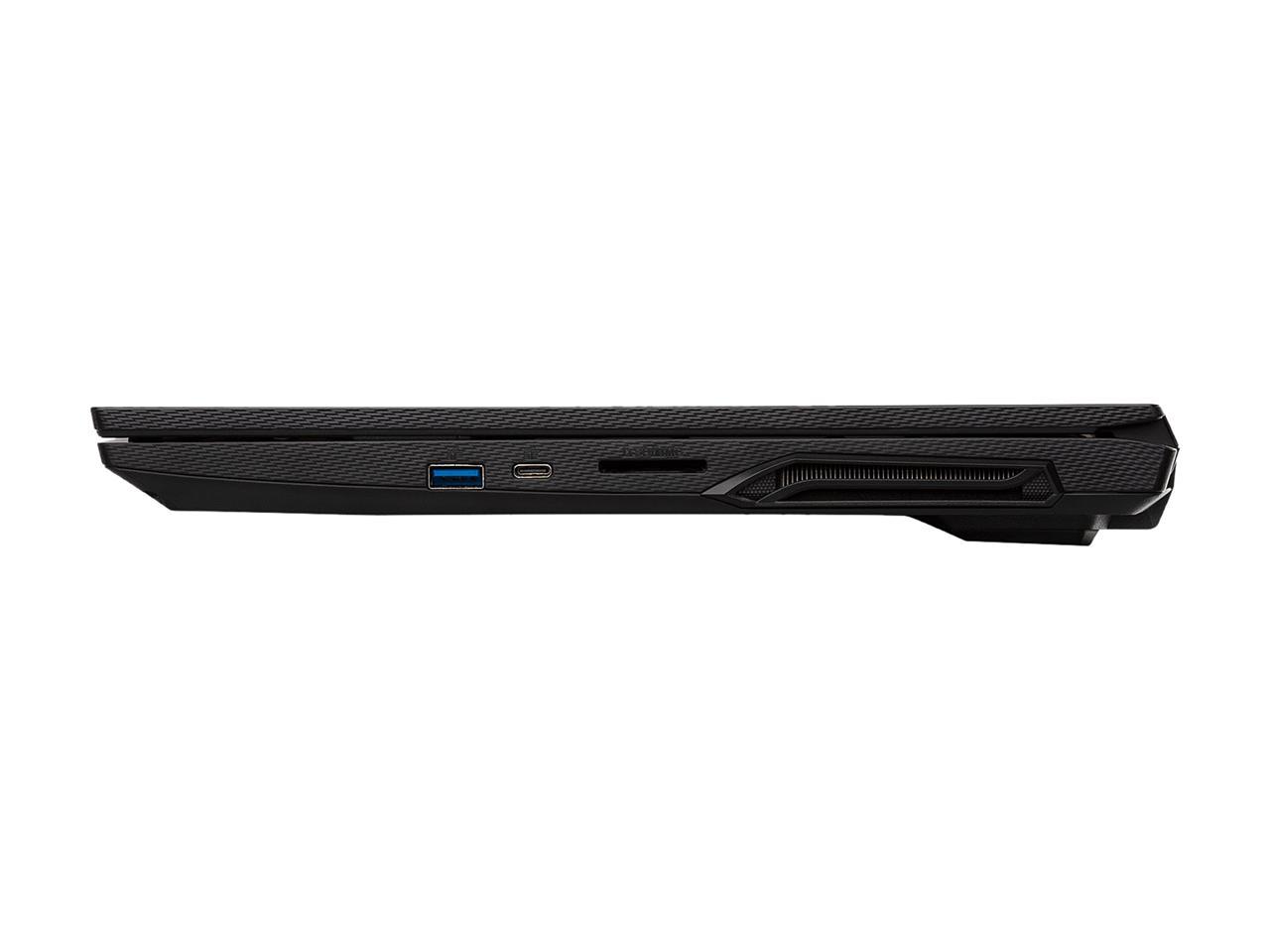 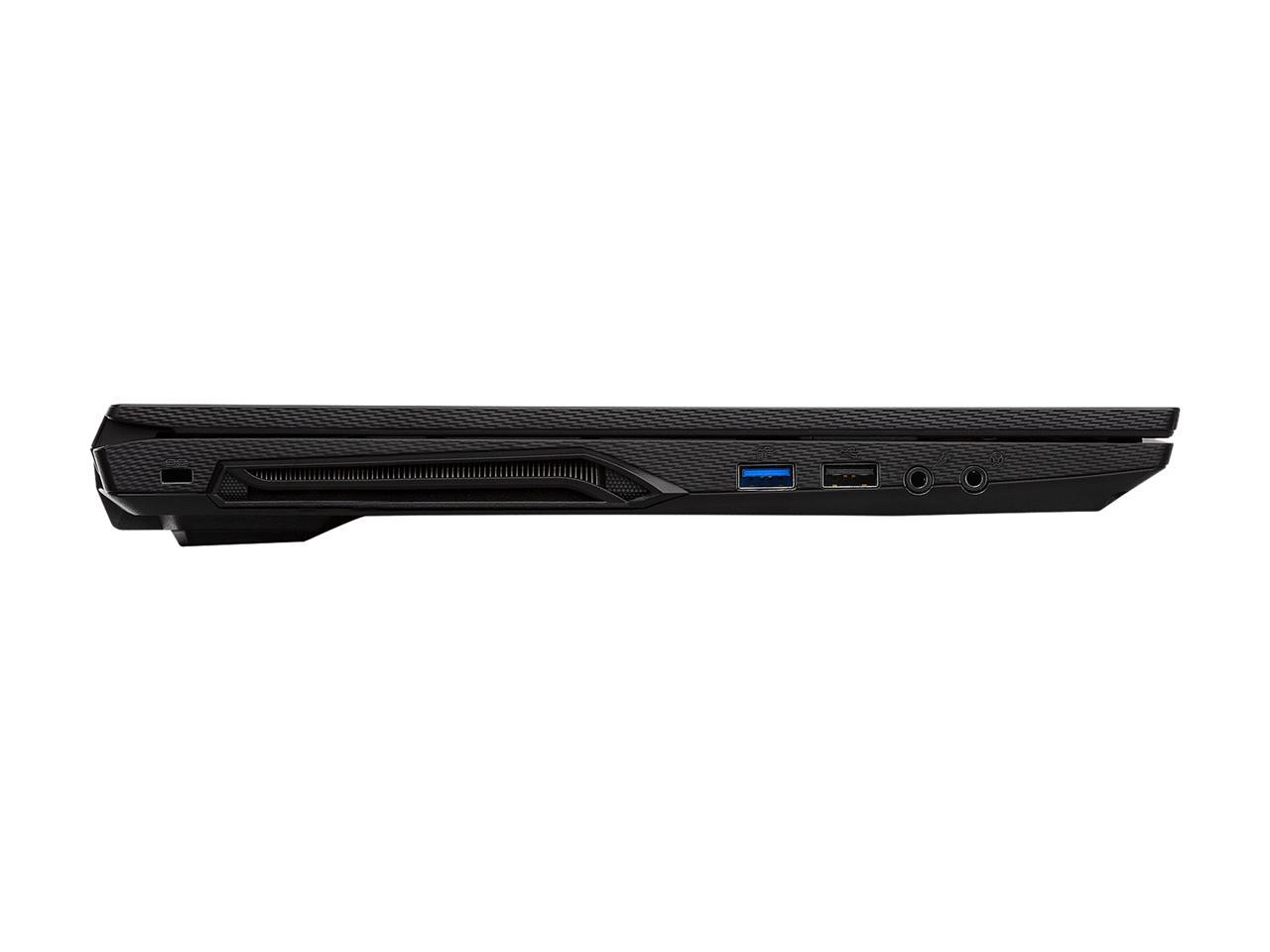 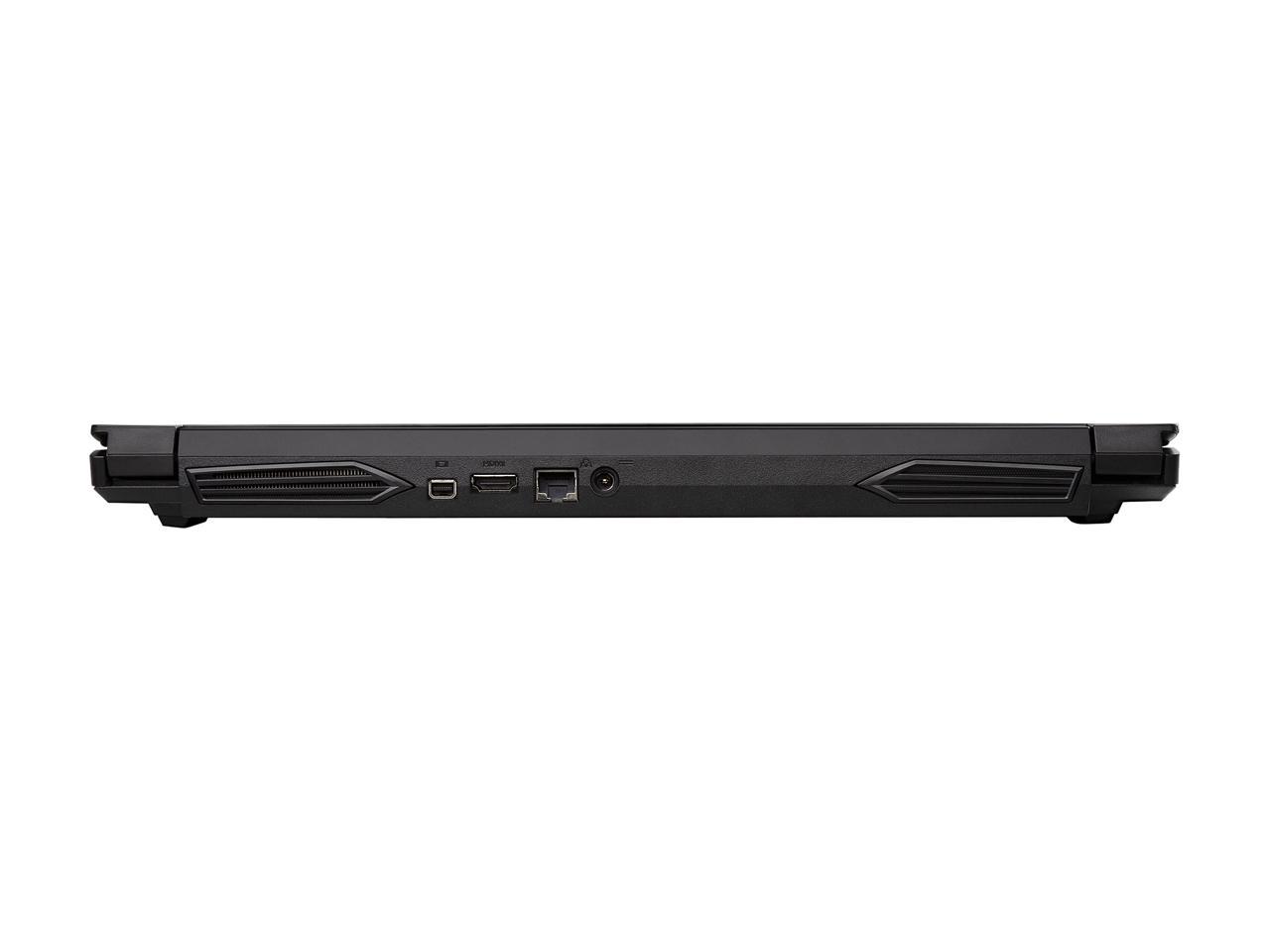 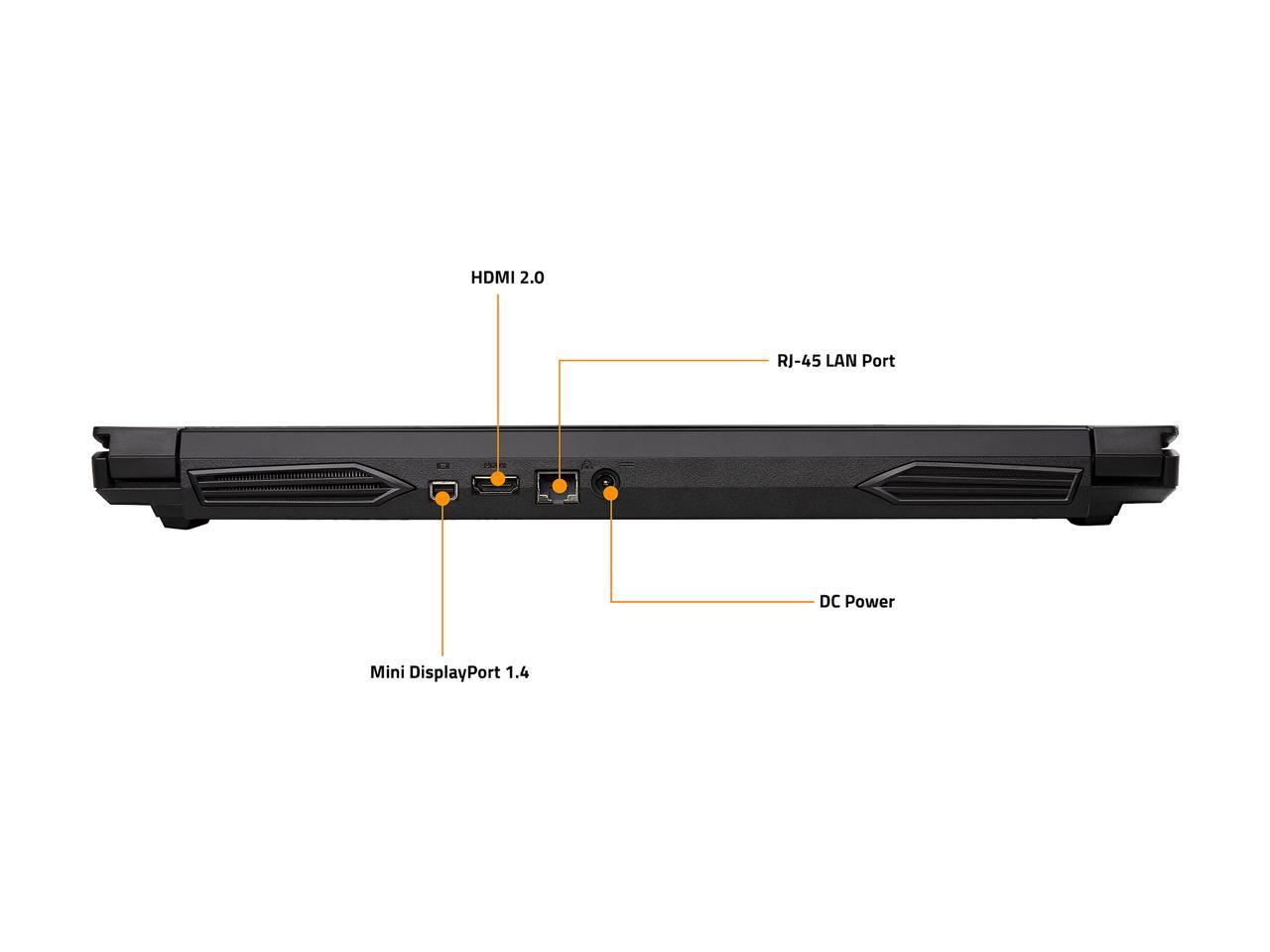 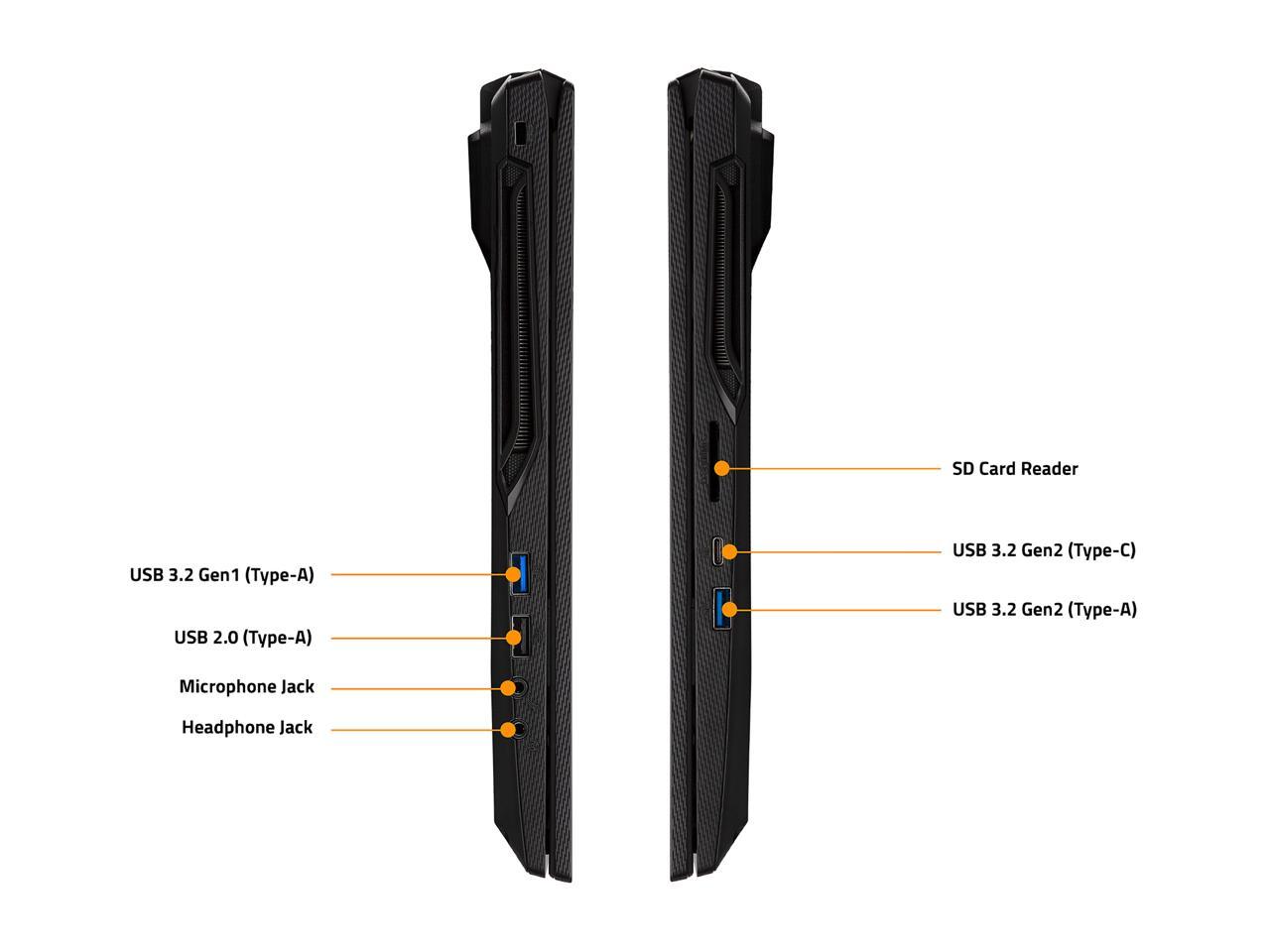 "Setting the new standard for all-around entertainment by providing a beautiful balance of gaming, entertainment, and work capabilities. Welcome to your new go-to."

Moreover, it features up to a high refresh rate screen, 3 screen display output, built-in SD card slot, big storage capacity and next-gen Wi-Fi 6 technology; with a tool for every task, this laptop can be by your side as you weave through different roles, supporting more than fight and also your everyday life.

Ray tracing is the holy grail of gaming graphics, simulating the physical behavior of light to bring real-time, cinematic-quality rendering to even the most visually intense games.

NVIDIA DLSS is groundbreaking AI rendering that boosts frame rates with uncompromised image quality using the dedicated AI processing Tensor Cores on GeForce RTX. This gives you the performance headroom to crank up settings and resolutions for an incredible visual experience. The AI revolution has arrived to gaming.

Max-Q is a system wide approach to deliver high performance in thin and light gaming laptops. Every aspect of the laptop, chip, software, PCB design, power delivery, and thermals, are optimized for power and performance. Our 3rd gen Max-Q technologies use AI and new system optimizations to make high performance gaming laptops faster and better than ever.

New AI-powered Dynamic Boost 2.0 automatically delivers the needed power between the GPU, GPU memory, and CPU for a larger performance boost than ever before. The AI networks in Dynamic Boost 2.0 manage power on a per-frame basis, so your laptop is constantly optimizing for maximum performance while you’re gaming and creating.

BAR is an advanced PCI Express feature that enables the CPU to access the entire GPU frame buffer at once, improving performance in many games.

NVIDIA DLSS delivers a massive performance boost at the same power by using the Tensor Cores to do groundbreaking AI rendering.

Intel 11th Gen Core i5-11400H offers 6 cores, 12 threads and 4.5 GHz turbo frequency to blast through gaming, creativity and multitasking. It is time to supercharge your work and play.

Zero in with Crystal Clear Aim.

With DP, Mini DP and HDMI connectors, the G5 supports 3 external displays, making it a 1+3 display monster. This is the only station you need for work and all your entertainment media consumption.

The G5 gaming laptop is equipped with the latest WINDFORCE Cooling System. The cooling efficiency overall is up to 150W². Not only does it help the G5 achieve 100% CPU and GPU outputs but also remains quite and stable at the same time.

Two 5V fans with one having 47-blades and one 53-blades continuously pump out internal hot air.

The internal chassis consists of 4 total heat-pipes, with 2 of these heat-pipes dedicated to dissipating the heat generated from the CPU and GPU.

3 exhaust vents and intakes coming from the large area under the chassis, effectively cool the chassis with proper airflow.

The G5 gaming laptop comes with two M.2 slots and one 2.5 inch swappable bay, together offering a total of up to 6TB of storage space. Not to mention the 2 high-speed PCIe 3.0 x4 SSD slots' unbelievable read speed of up to 3000 MB/s³, such storage performance is ready to take on beasty games with large size and all the other large media files with pure ease.

* Product specifications and availability may vary by country and region. We recommend you check with your local dealers for the latest product information.

Massive Storage Space Up to
6TB

Up to
4X
Better Throughput
In Busy Environments5

The G5 gaming laptop chassis is coated with a discrete matte black finish, designed with function in mind and optimally packed to achieve a weight of just 4.85 lbs. The G5 packs such power, yet it is so portable.

G5 gaming laptop with a thin-bezel display design, pushes the boundary of technology by having a 15.6 inch display in a portable 14 inch like chassis. The G5 breaks the gaming laptop tradition by offering portability where others can’t.

Dance with Your Fingertips

The G5 gaming laptop keyboard comes with 15 preset backlit effects, giving you the ability to customize the lighting effects to express your personal style.6

NAHIMIC 3 is the next gen 7.1 virtual surround sound innovation that provides outstanding sound experience and performance. From gaming to conference calls, the NAHIMIC 3 brings true 3D surround effect that can be tuned easily with the provided software to suit any environment for the perfect sound experience.

Feel the immersion, feel the sound as if you were in the heart of the action.

Jack, USB, Bluetooth, or HDMI. Nahimic is compatible with all of your audio tools.

The Sound Tracker is a visual indicator that points out the directions from which predominant sounds are coming.

Cons: Needs FB07 bios update from Gigabyte support to run Win 11 No auto update for Gigabyte specific drivers and bios. Not flashy subdued look (if you want something that screams gamer!)

Overall Review: Quality laptop suitable for gaming and other uses. Nice build, decent cooling without any flimsy feel. Cooling so far seems good. Quick performance. Great price on sale with rebate. No upgrades necessary out of the box even though it is nicely upgradeable. I also got the sister model with the gen4 nvme and although it is quite a bit faster the Gen 3 drive is no slouch.

Overall Review: Purchased for my wife to play video games on. After a few days of use it started periodically freezing to the point that only a hard restart would let her use it again. This happened typically every other hour and sometimes even multiple times an hour. Attempted to contact Gigabyte customer support to get help to fix the issue and after almost a week still have not heard back. Definitely would not recommend this laptop or anything from Gigabyte based on their tech support (or lack there of) alone.

Manufacturer Response:
Dear Customer, Thank you for your comments. We apologize for your difficulty with your GIGABYTE product. Please contact us at support-newegg@gigabyteusa.com with case number 186604 in the e-mail subject line. We will provide personalized service and analysis to help solve your issue ASAP. If the matter is urgent, please send us your contact number, and we will contact you. GIGABYTE VIP Support Team
Tim H.
Ownership: 1 month to 1 year
Verified Owner
Pretty good laptop for the price1/26/2022 6:56:34 PM

Pros: - Has a decent CPU and dedicated GPU for the price. Runs smooth OOB. - Runs most games pretty well. Do not buy to run recent games at max settings. - Good solid feel. - Fans can be a bit loud, but it does keep it pretty cool, which I prefer more.

Cons: - Auto switching between integrated and dedicated GPU. Would really like to be able to pick which one. - You have to pick between a preset selection of colors for the keyboard LEDs, there are about 25 or so, so it's not terrible. - The chassis is a fingerprint haven. - Lots of LED bleed on the panel. This is most noticeable at boot where you can see white bleeding through on the corners.

Overall Review: - I would recommend this if you are looking for a budget gaming laptop. - Having a better LCD panel would be great as this one really isn't too great.

Cons: UEFI screen is VERY basic. I contacted Gigabyte, and there will no further updates to the BIOS (as of 4/23/22). Software suite is really lacking, and the GUI seems to be rendered in Windows 3.1. Wished it had a fingerprint reader. Chassis built by Clevo, and uses their Insyde2 BIOS. Plastic case is a fingerprint magnet. Wished there was some HDD cloning Software.

Overall Review: My previous gaming laptop died without warning. I was rushed to get something comparable. My dead laptop was a ASUS FX505DT. I purchased my ASUS TUF gaming laptop back in 2020, and it was a GREAT deal. It had a Ryzen 5 3550H, with a GTX 1650. It did well in games and music/video production, but It had a major flaw, so I ran it overclocked to the hilt for two years. The day I thought it was time to change the thermal paste... it died. So I was rushed to find a replacement. I did some research, and the Gigabyte G5 MD kept popping up. The price was more than I was expecting to pay, but the feature set was far better than my previous ASUS. The ASUS allowed for a SATA SSD and a nVME SSD. The G5 allows for 2 nVME drives plus a SATA SSD. It also has a SD card reader. I do a lot of content creation, and I have a LOT of SD cards with media, which I could only use with a extra card reader on the old laptop. I took my old nVME drive and Sata SSD from the old laptop, and installed them in the G5. I also added another 1 TB nVME drive, for a total of 5 terabytes. The port selection was great. It has two USB 3.1 ports, and one USB 2.0 port and it has a USB Type C port, which I really needed, since I have a lot of USB type C external drives now.

Pros: - The 3050ti is actually very capable. - One of the better keyboards I've had on a laptop. - Subtle RGB in the keyboard. - Decently size and fast storage with the 512GB drive. - 1080p is great for this form factor (fast refresh rate). - Great view angles.

Cons: - Screen is a little dark for my liking. Harder to see when the suns out. - Noisy & hot when running graphically intensive games. - Typical IPS Glow. (Isn't too bad on my unit)

Overall Review: I ended up getting this on sale along with the $200 mail in rebate recently, and I can tell you, what a steal that was! I don't really think this laptop is worth the full $1600 price tag, but get it on sale and its a must have. I am thoroughly impressed at what this little guy can do. Does everything that I bought it to do. Plays all the the games that I play very well. Final Fantasy XIV at max laptop settings with ease, Resident Evil 8 runs great and smooth around high settings. Lego star wars, Skywalker saga at max settings. Just for a few examples. Does run pretty loud when the fans ramp up, and runs hot. I haven't made it throttle yet, so it seems to be doing a fairly decent job of cooling, during gaming. The screen is a little dark for my liking. Wish I could turn it up more during the day time. It looks GREAT in a darker room or at night though. Typical IPS glow, but not noticeable unless on a black scene.

Pros: It has a 6 core 11400H using 10nm superfin so it's a decent processor, it is using a 3050ti which is okay but lacking VRAM so I would get this one on sale, the battery is removable easily which I absolutely love and will bring me back, 3 storage spaces, 16gb storage, overall great laptop for the price. Easily accessible

Cons: not much to on the negative side, maybe a better bios so I can undervolt if I want but it is okay I guess.

Pros: Easy setup out of the box. A lot of storage upgrade options. Halo, Genshin, Fortnite, Apex All great frame rates and playability. Will shame many desktops.

Cons: Of course, fans are loud. They are variable, but I would rather hear them to know they are working. Keys get a bit warm in the middle of the keyboard.

Overall Review: Absolutely. When on sale and with rebates, without a doubt recommend purchasing. Even if just on sale or just a rebate, what you get for the money is outstanding and you will have a computer that should last you for quite a while.