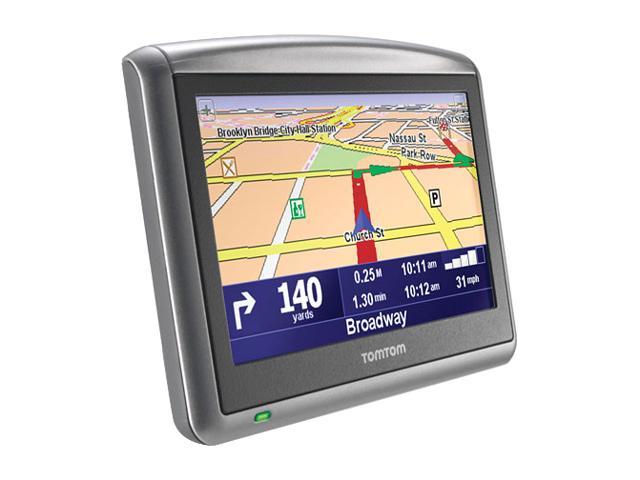 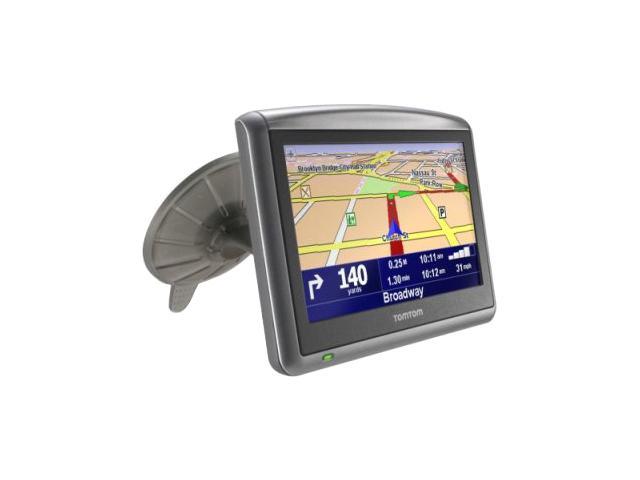 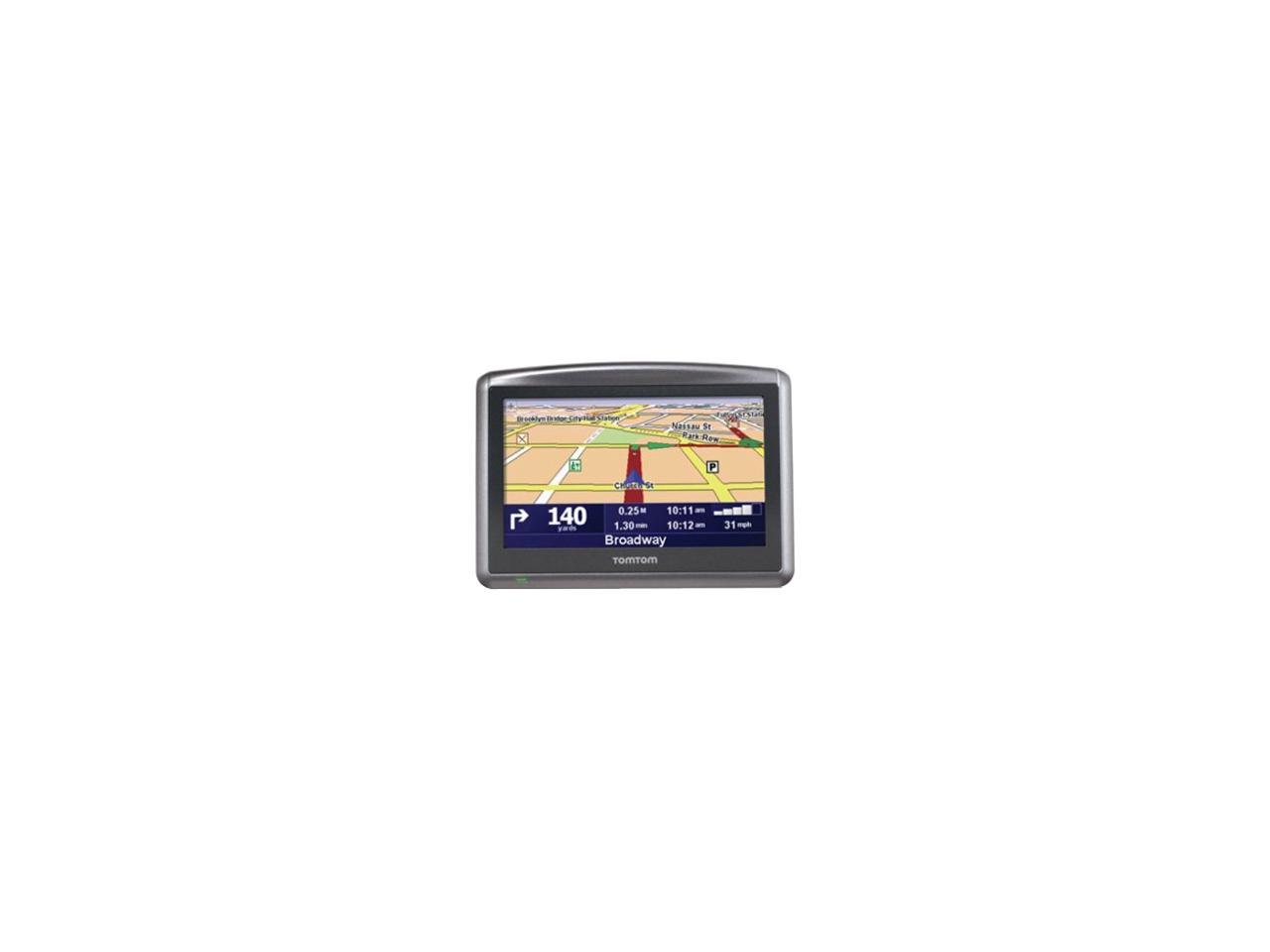 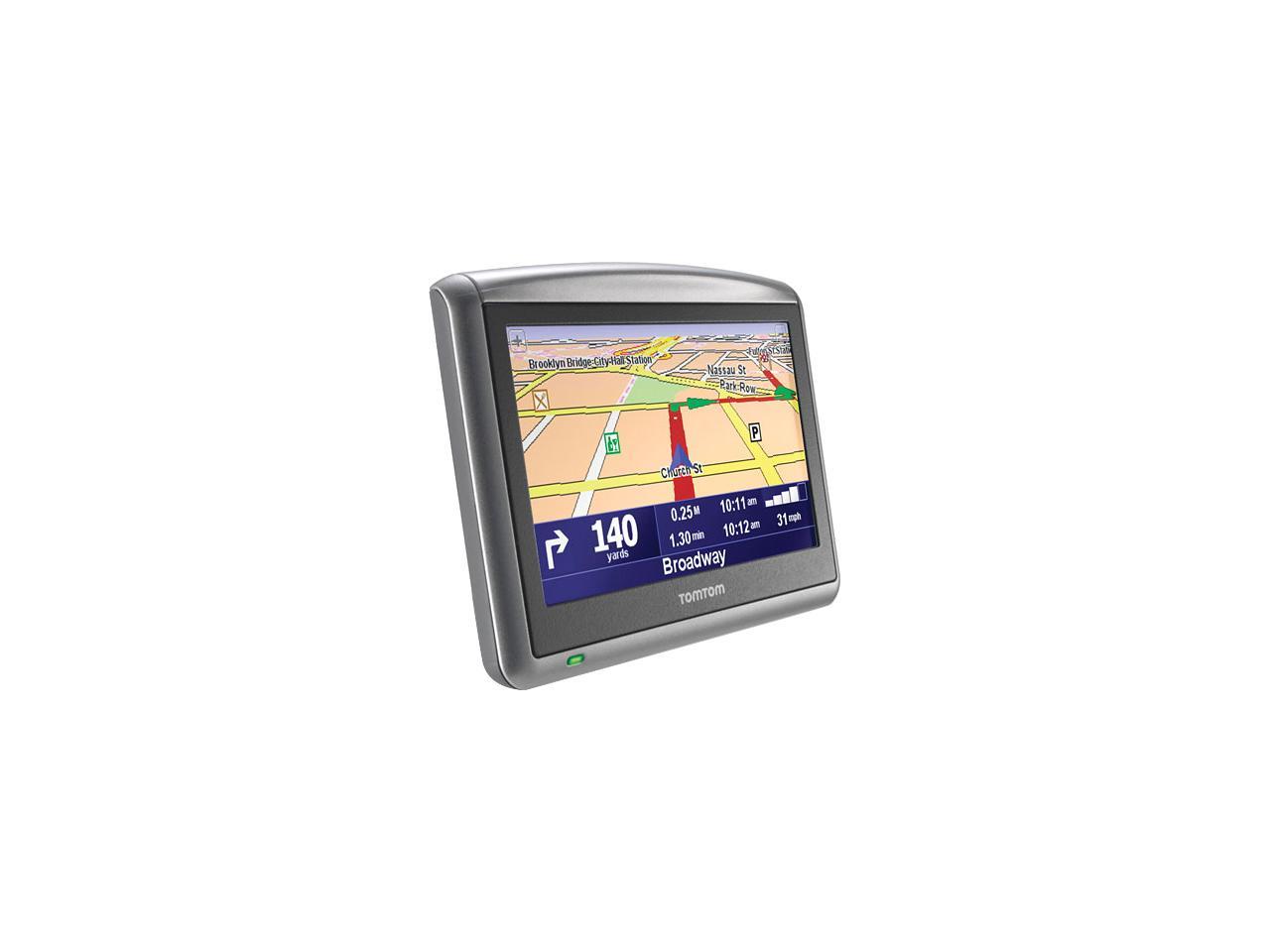 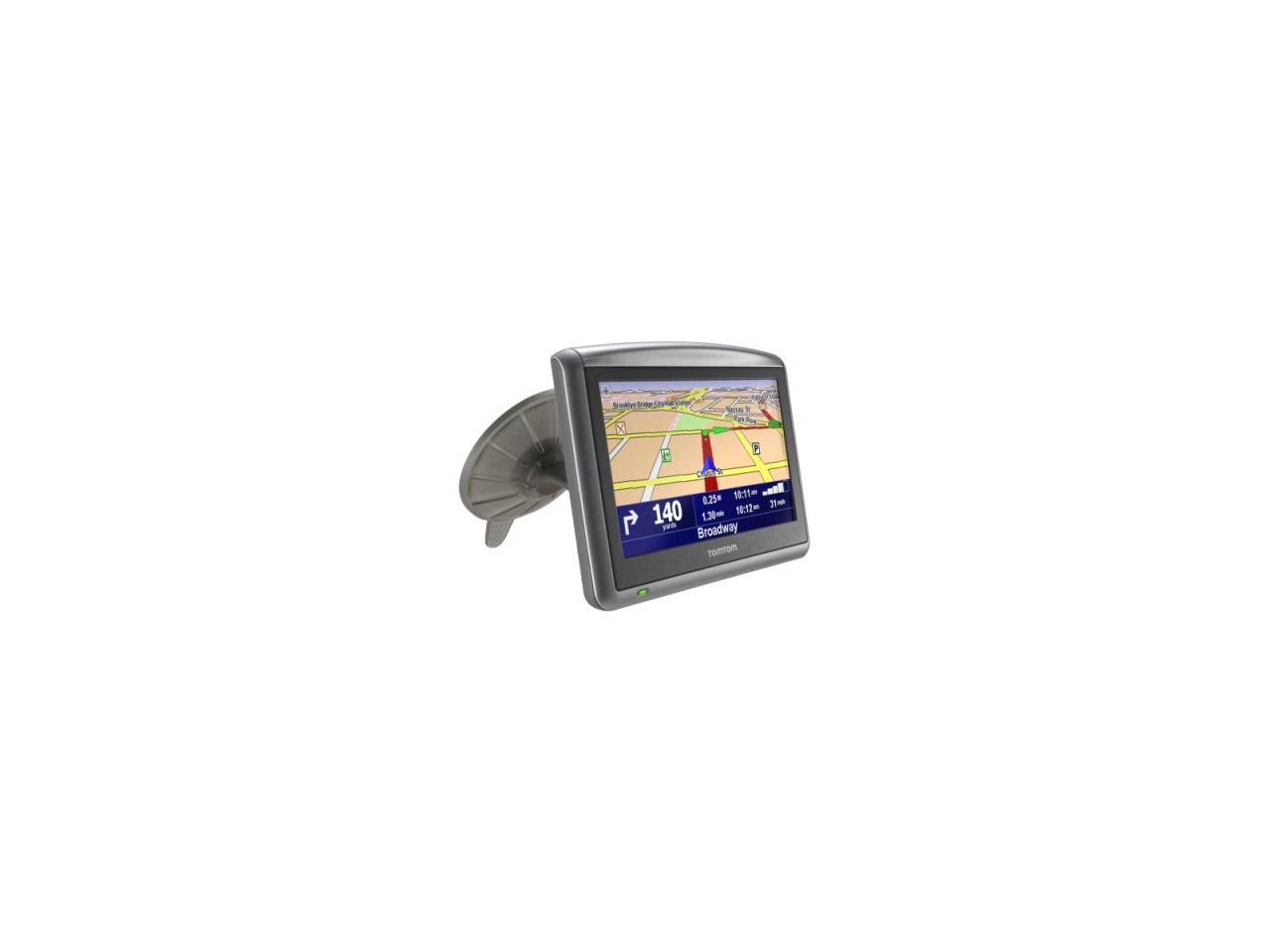 Pros: Excellent viewing area, very easy to read. Easy to use, very user friendly. Able to reroute when taking a wrong turn, and still providing one of the fastest routes to where you're going. Able to speak the names of streets, and is very clear in which direction to go on highways "Head north towards Cleveland" is nicer than just "head north"

Cons: This GPS system CAN say the street names and city names for highways, however, you can only use a limited amount of the pre-programmed voices to say them. In layman's terms, if you want a custom voice, then you cannot ask it to say the street names. It will only be able to say "Turn left in 1/4 mile" NOT "Turn left in 1/4 mile onto Main Street"

Overall Review: All in all, pretty solid, Newegg was able to process and ship within 4 days, and it was xmas time. Very pleased with service.

Pros: I just bought my second TomTom. First one was for my daughter, the latest one is for my niece. Product is excellent, maps and directions easy to follow. It will find nearby restaurants or other points of interest. We have been driving along the interstate and simply requested the nearest Chick-fil-A or Dairy Queen or whatever and it listed the closest ones for us to choose based on where we were at the moment. Map updates have never been a problem. Highly recommend this product.

Overall Review: Some of the reviews I see here complain about things they claim TomTom can't do, but we have been able to do. Perhaps they should read the instructions a little better or just play with the unit to become familiar with it before making those claims.

Pros: Cheap, works out of the box, large screen

Overall Review: Would have normally given a 4 but when price is factored you can't compare.

Pros: The text to speech in my opinion is a must have. It does what it is suppose to do...get you to your destination. I will still carry my map though as I have found routes that I would like to take and the Tom Tom does not offer them freely....although as soon as I turn onto the road I've chosen...The Tom Tom will automatically reroute me quickly..no hesitations. The widescreen is another choice I'm glad I made.

Cons: 1) No Cover to store it...these companies are making millions on this technology...a lousy cover should be included 2) No AC adapter for a recharge..not that bigadeal

Overall Review: Another point I haven't seen on any GPS yet. When you're coming to an offramp, you can tell quickly if there is an on ramp to get right back on the highway....it takes the guessing out when your kid starts telling you I have to go NOW!!!

Pros: the original product we purchased was terrific fast and recalc was impressivly fast.

Cons: i am not sure what is different with this unit, however it is significantly slower in both signal aquiring, ( up to 3 minutes) and trip recalculations ( gain up to 3 minutes) idk if this is a bad unit or what. I bought the original from a store and was a b-day gift for my gf. this was a replacement after the other one was stolen. I was impressed with the first and not so impressed with this one.

Overall Review: I think I wil get an in dash for my truck, and a mio c320 and hack it into a wifi enabled pda. ( i refuse to pay for a data plan on my smartphone so no smart phone for me)

Pros: Creating a route and alternate routes are easy. You can tell it use or avoid specific streets, interections. If you go off course, it recalculates in silence. (A big plus for me.) Also the "help me" feature will show you the nearest pharmacy, police station, fire dept, etc. The TomTom at home software is great. It lets you use the computer's mouse and keyboard to program it. Really useful for inputting road trips or custom points of interests. (Red light cameras for example.)

Cons: Lots of small things kept this device from getting a five. It has trouble with street numbers. It will get you the the right street, it frequently miss judges how far down the street your stop is or if its on the right or left side. Searching for Points-of-Interests (POI) is not easy. While you can call up the 15 closest restaurants, you can't search by food type. Like the 15 closest Sushi bars. Also, 1GB of on board memory is not enough. Since the SD card is not additive, you have to buy a 2GB card and copy its contents over.

Overall Review: If begin able to search for specific POI's is important to you, don't get this device. The Magellan is far superior when it comes to POIs. However, the ability to customize your route is great. Side note, most BlackBerrys will not work with it since they use RIM's network for Internet access. (BIS or BES) Your phone needs direct access to your carrier's WAP.

Pros: Very good mapping routes. I have owned 4 different GPS and this is at Par with garmin. I like the computer interaction with TomTom, lots of things to play with and to keep your maps up to date. Voice is clear and loud. I would recommend this unit, stay away from the cheap ones.

Cons: Washes out in bright sunlight, installed a shade that cured the problem.

Overall Review: Please with this unit, gave it 5 stars to off set the poor raters. I would diffenitly give it a 4.

Pros: Wide screen easier to view. Nice size still fits in purse. Computer interface and backup capability very handy. Ability to make corrections on the unit. Volume can be linked to speed to become louder as speed increases. Voices are available for download from Tomtom website some free. More POIs are available for download on website have been for free, don't know if they will charge at some point. Boocoo Points of interest. Has a lock feature similar to a cell phone so no one can use it if its stolen! Love that!

Cons: So here it is...everywhere I go if I input an address I wind up in the wrong place. Its close! But not dead on as their commercials would have you believe. I have to search the area physically to locate my destination. For example I was trying to find a business in a downtown area, lots of one ways. It navigated me to the 200 block instead of the 300 block on a oneway street so I had to circle around the block to come out in the 300 block. Not a HUGE deal, but inconvenient. This seems to be the norm for this product though. Also it says its maps are up to date, but it shows several roads that do not connect to other roads and keeps trying to send me down them! I know this can be corrected, but just haven't figured out how. Oh yeah as far as a user manual...forget it, its useless. Maybe could start a fire with it on a cold night...Memory-not great 1gig. I wanted to download a new computer voice, couldn't. The preloaded stuff takes up about 980MB, computer voice is 40+MB, no go on that.

Overall Review: I had to buy a 2gig card to download a new voice, had to copy the maps to it and install the voice, not difficult, but a pain. Theres no way to erase the current voice and just overwrite it with a new one. If you like the current voice keep it. I know people with Garmins and even a Mio which seem to navigate flawlessly, however I'm not willing to trash it. It has many redeeming features and I think with time and some updates it will be a great product. I do not think its worth the price it is currently going for. Especially since it is not very user friendly and inaccurate. I would warn others to wait if they want to buy one until the quirks are worked out. Last thought, you can operate it through your computer with the software, but not really sure what the purpose is. And do back it up! Apparently there is no way to download the current map version you have if you lose it or it gets corrupted you would have to purchase it.