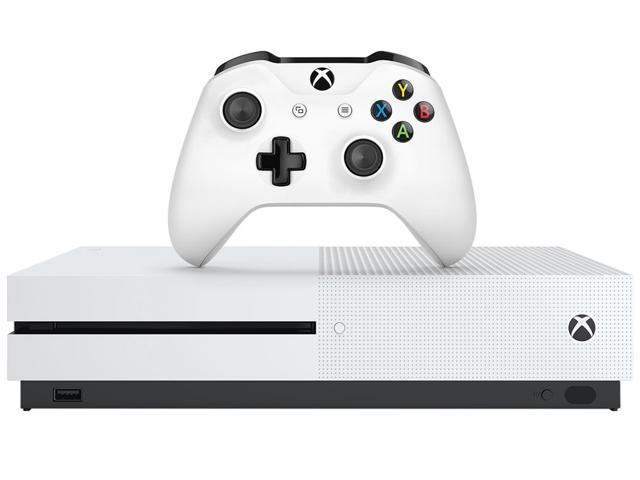 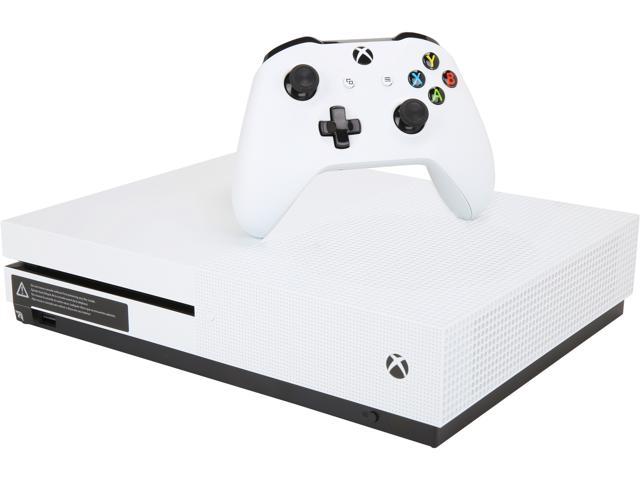 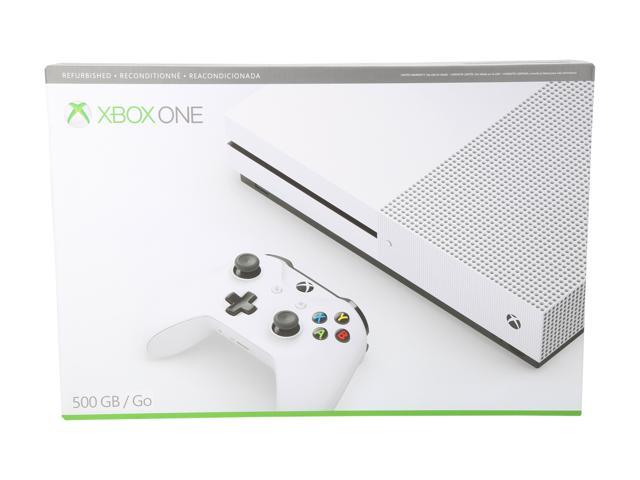 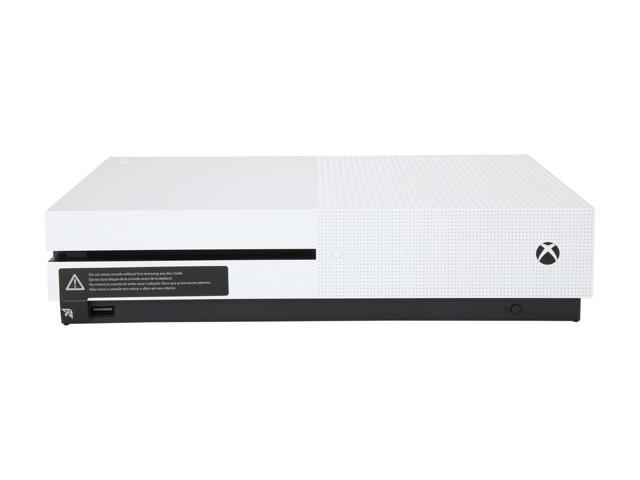 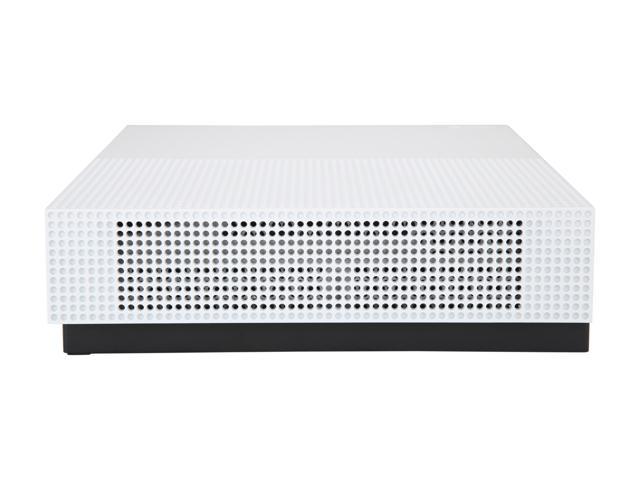 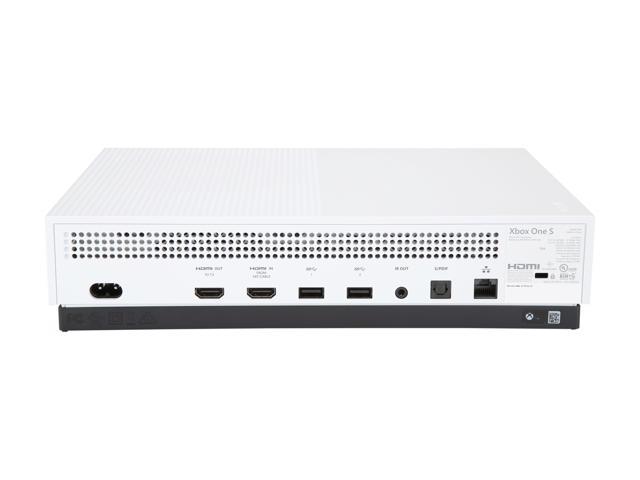 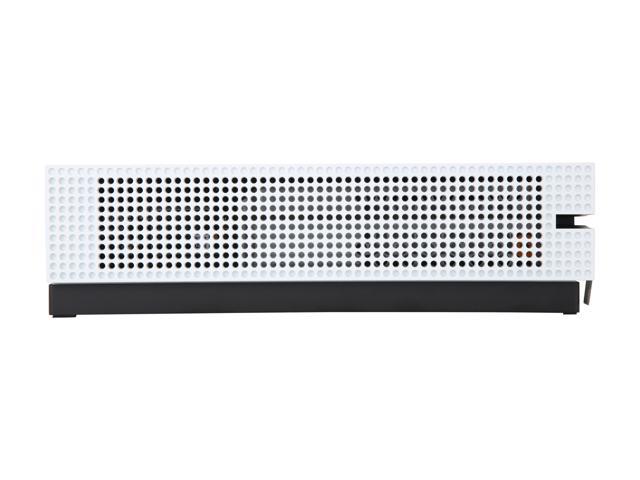 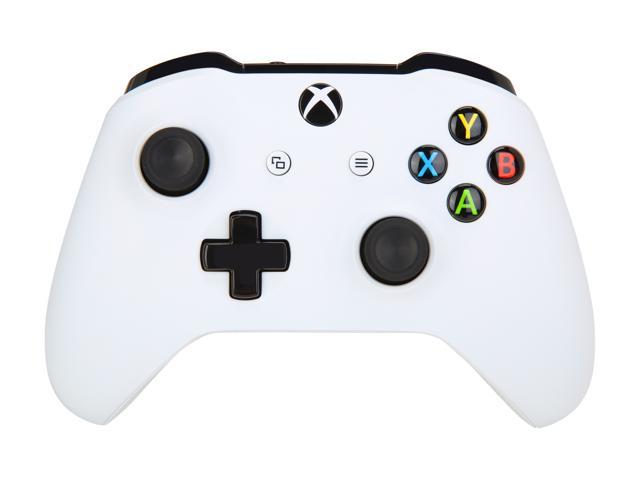 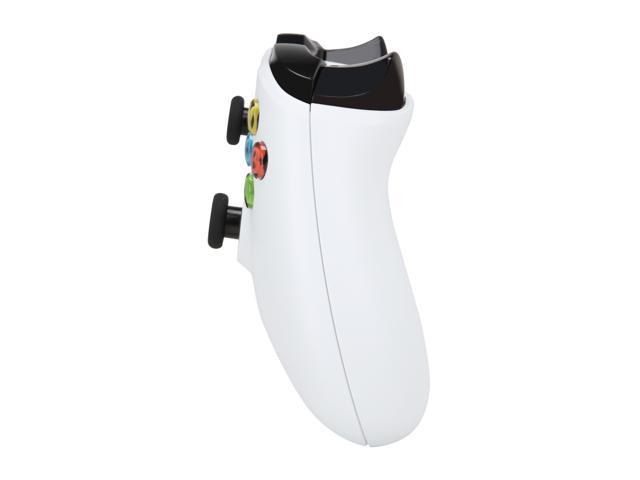 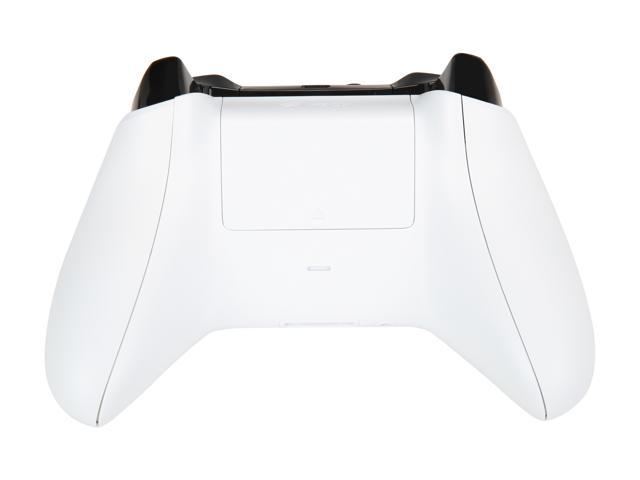 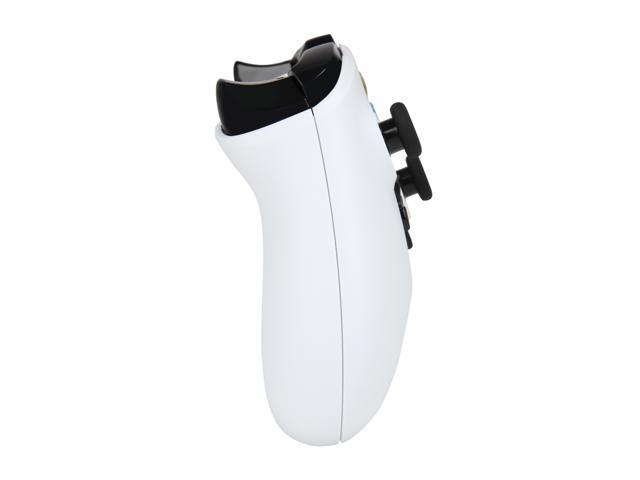 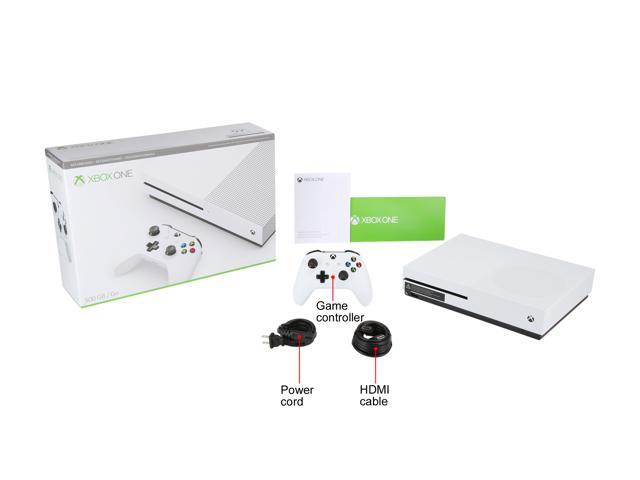 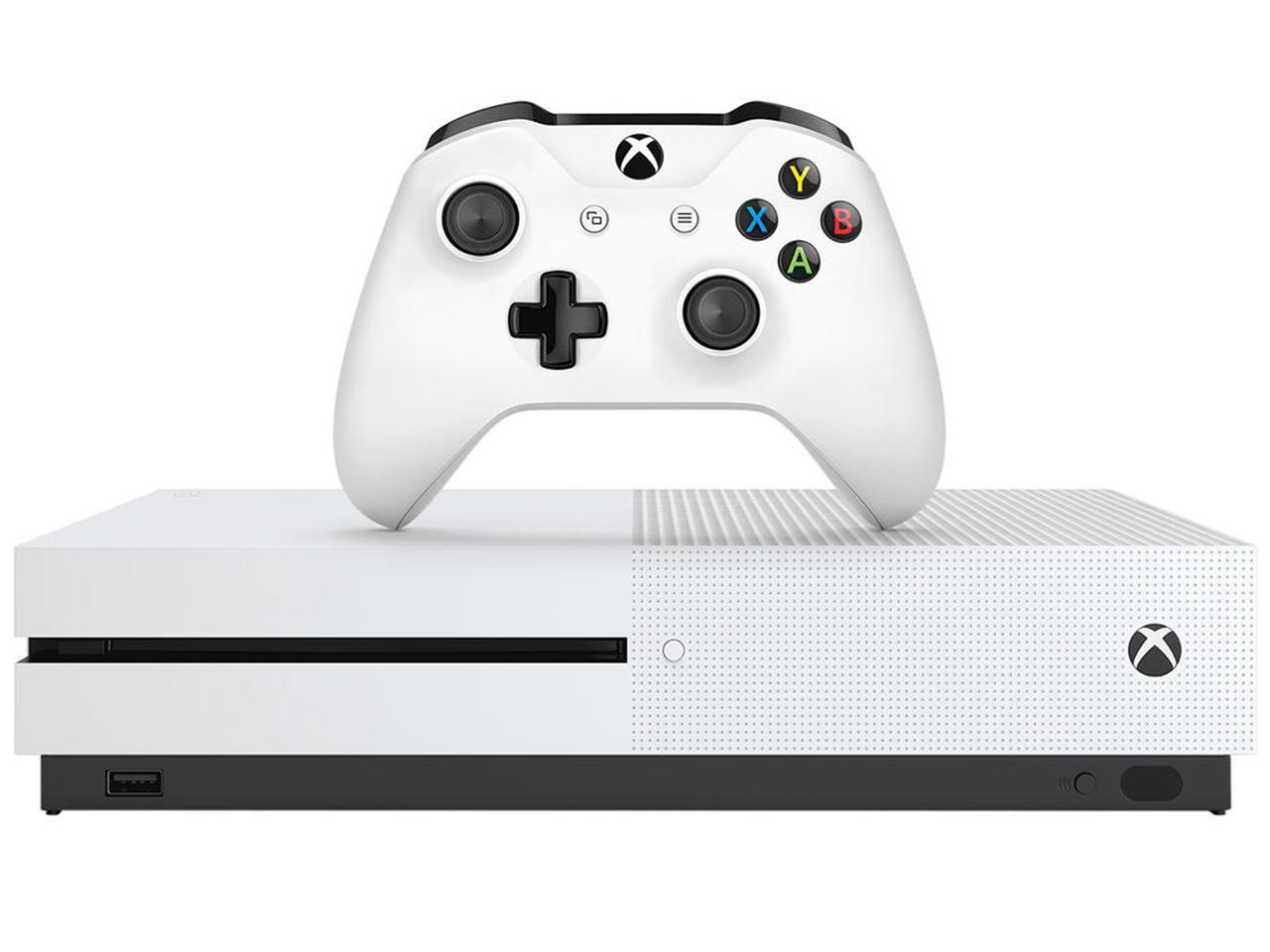 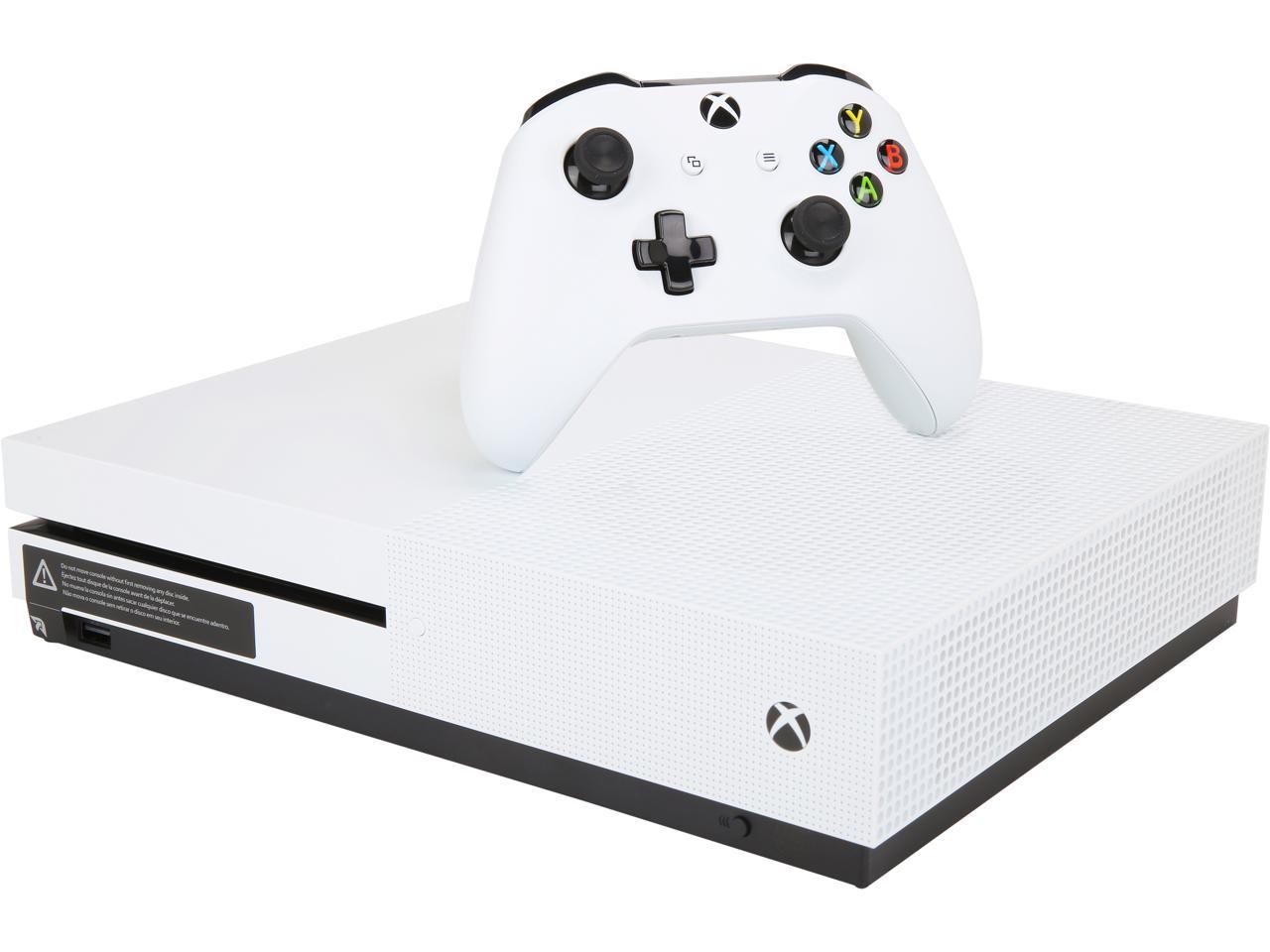 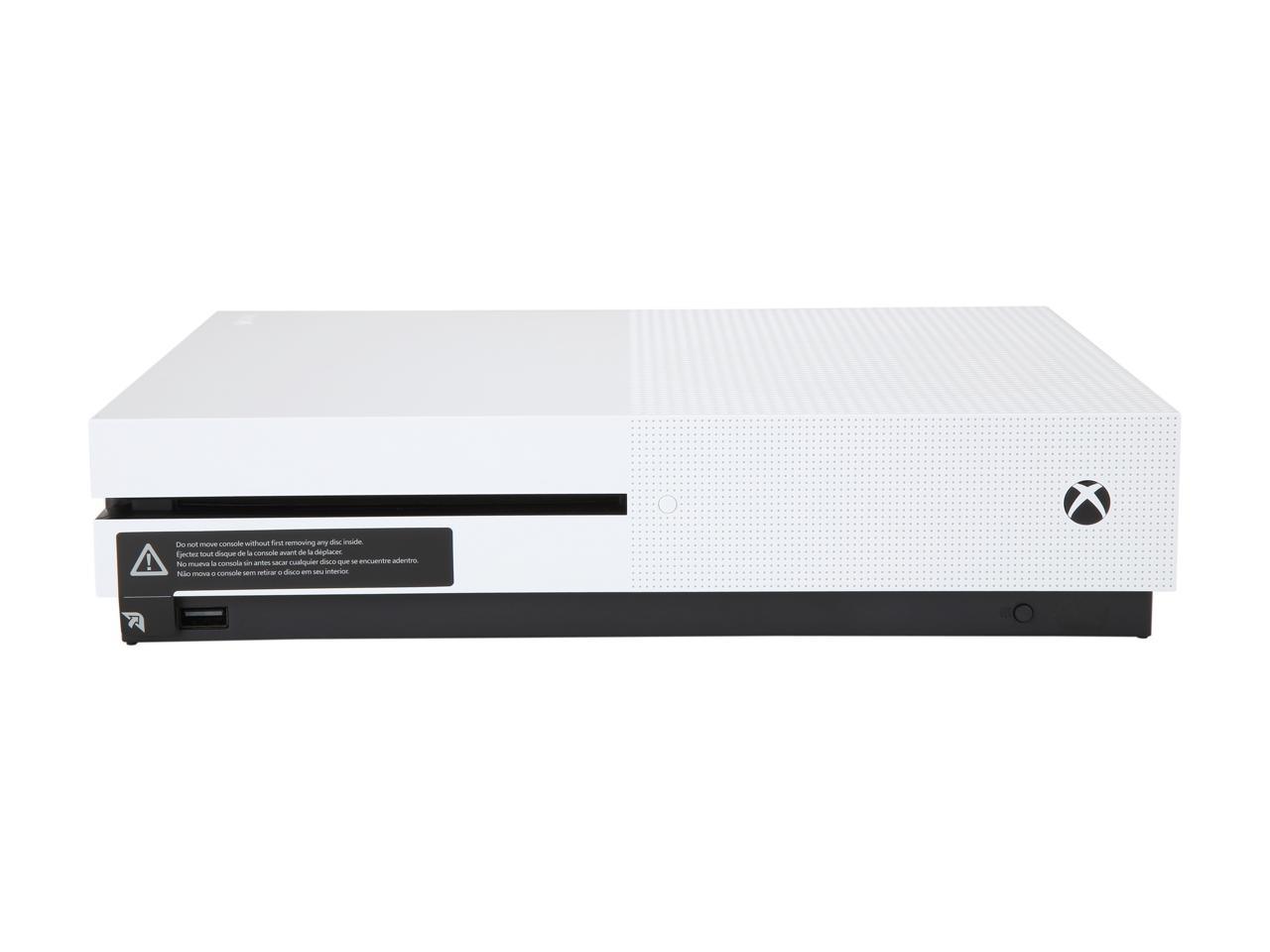 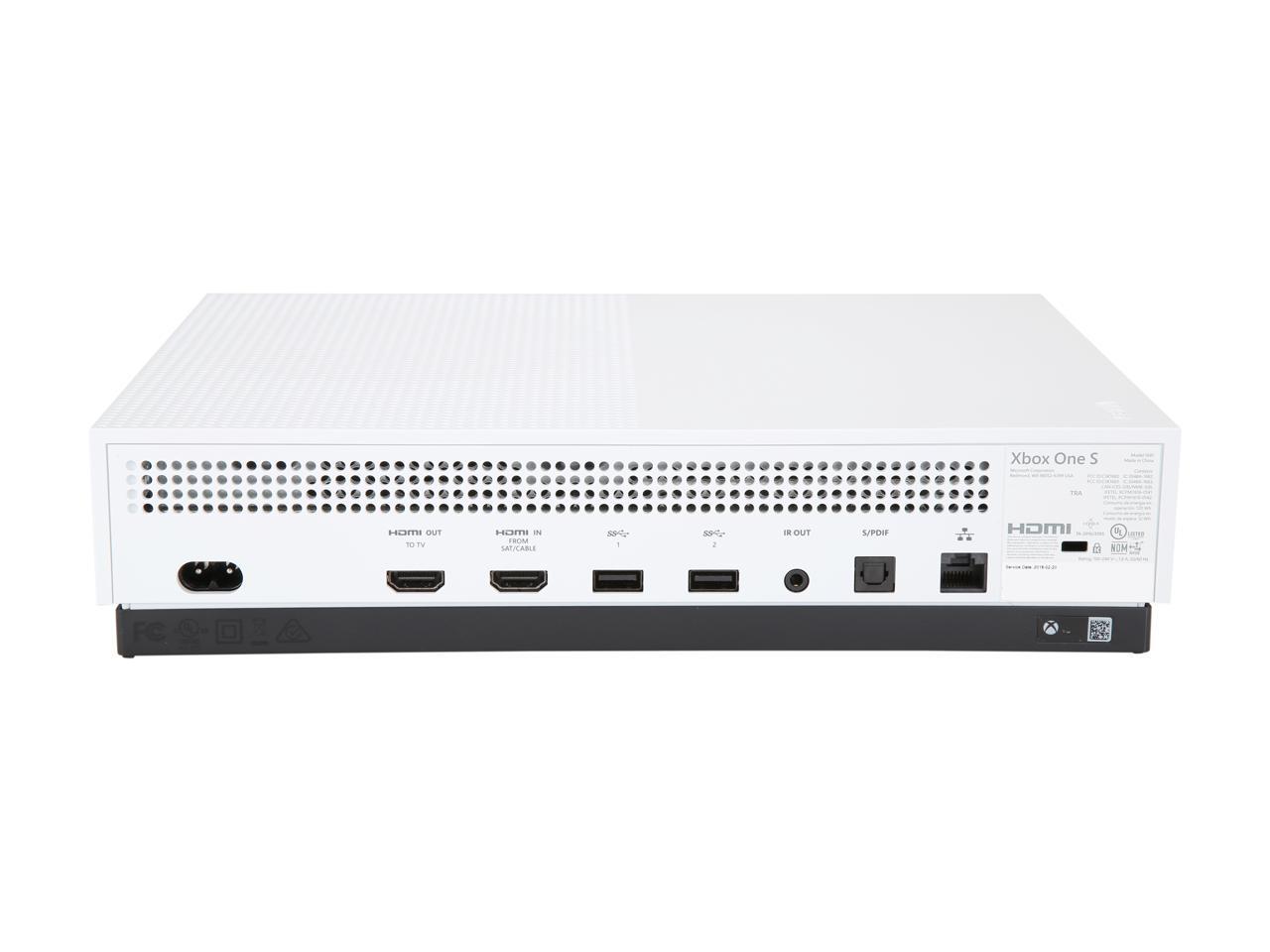 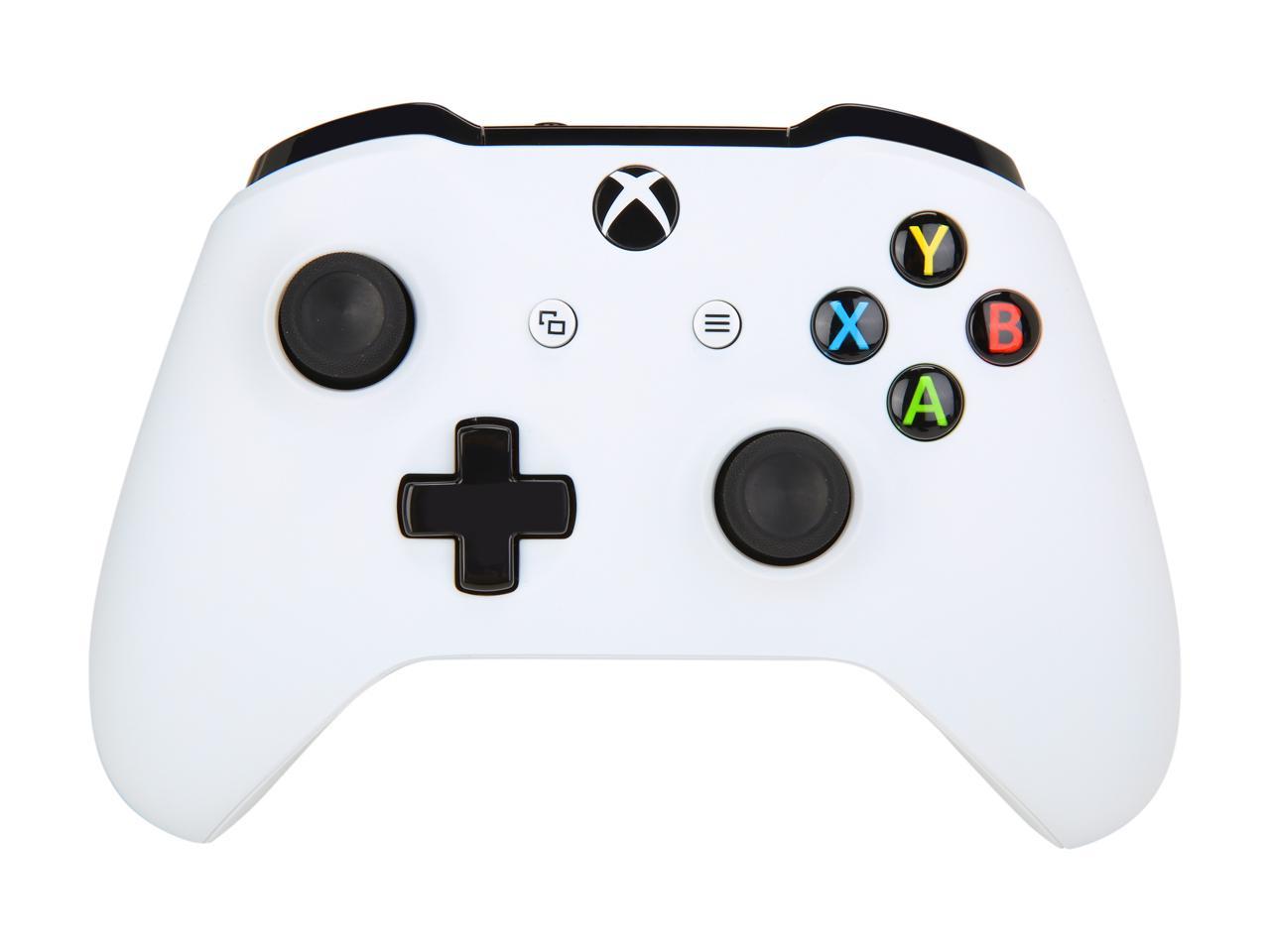 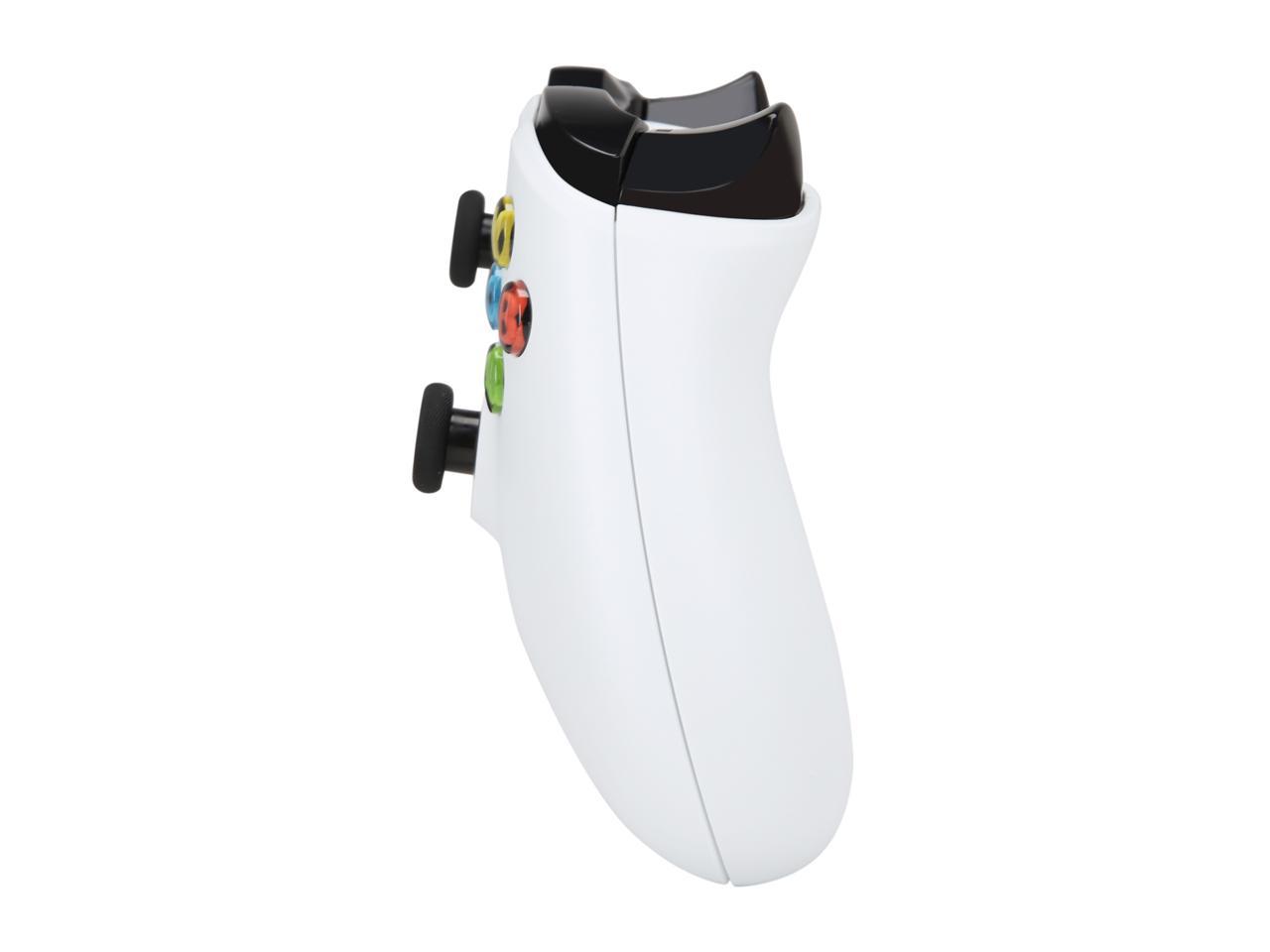 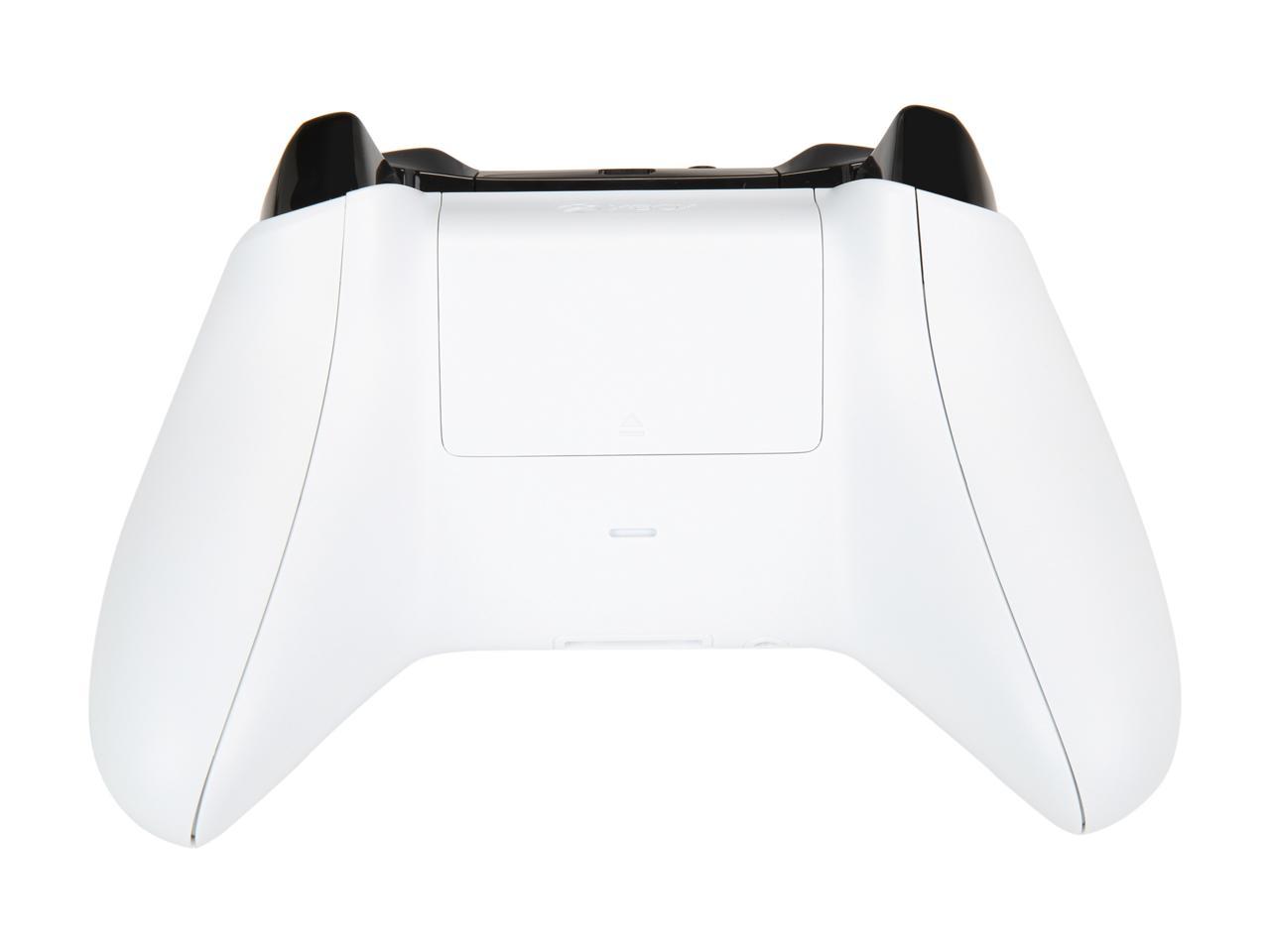 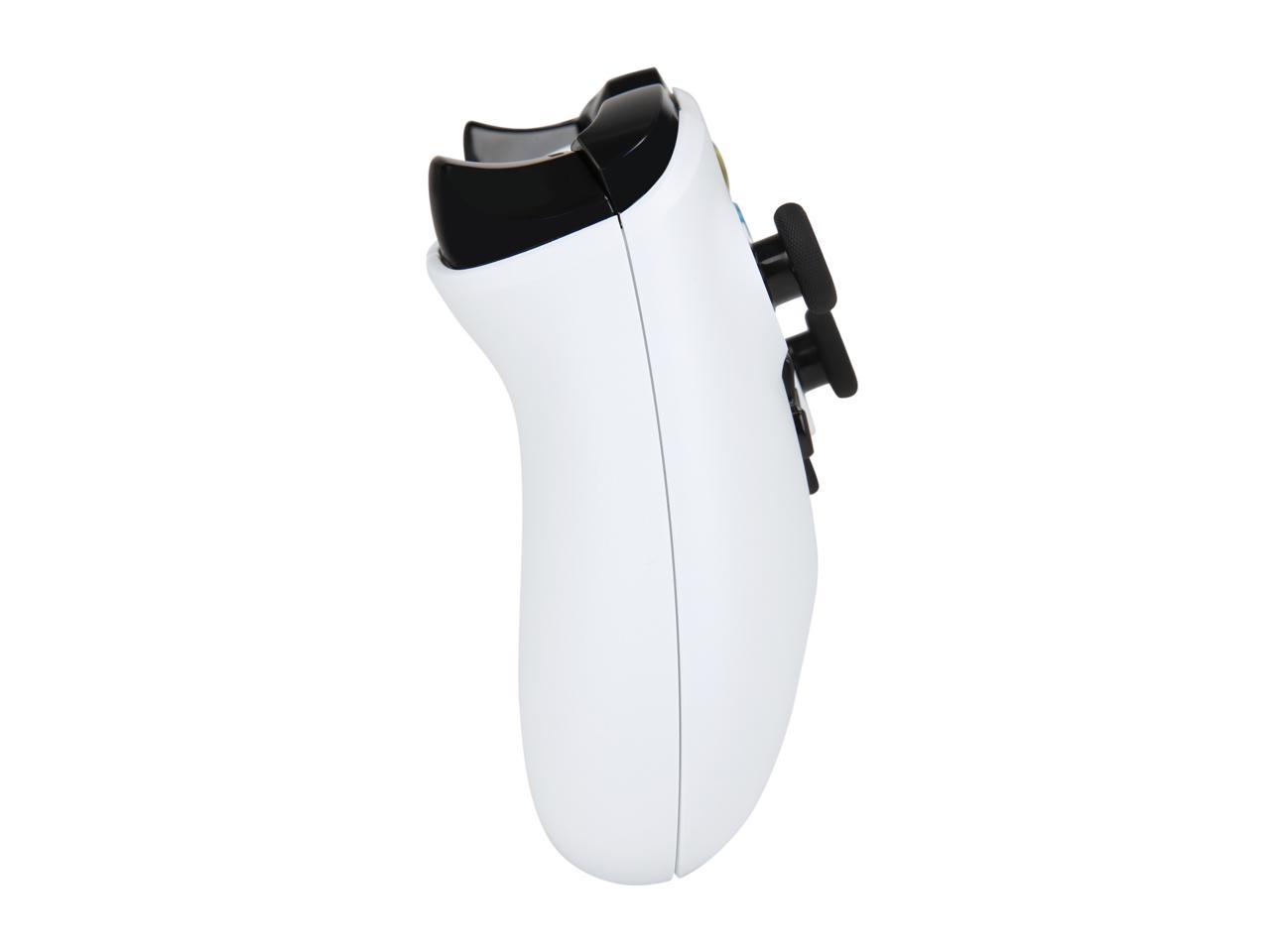 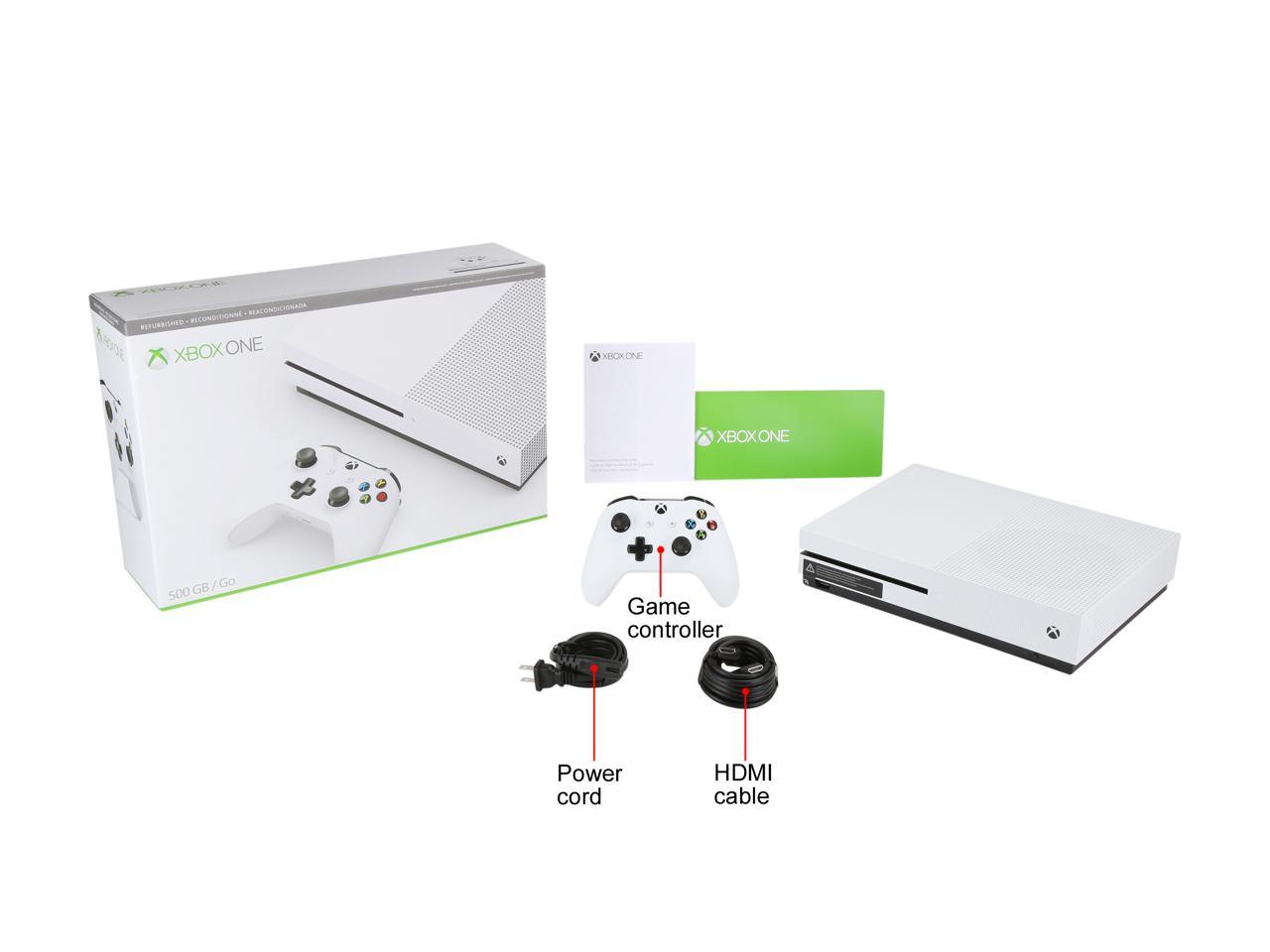 This means the product was tested and repaired as required to meet the standards of the refurbisher, which may or may not be the original manufacturer. Any exceptions to the condition of the item outside the manufacturer’s information should be provided in the listing, up to and including warranty details.
(6) Write a Review
OUT OF STOCK.
Please note that this product is non-returnable and non-refundable.
Overview
Specs
Reviews

Take your home entertainment to the next level, with the Xbox One S. Improved on the acclaimed Xbox One, this new S version brings all your favorite features, as well a host of improvements into a 40% smaller package than the original console. Play the greatest games lineup, including Xbox 360 classics, on a beautiful console that supports vertical placement (vertical stand sold separately). Experience richer, more luminous colors in games and video with High Dynamic Range. Stream 4K video on Netflix and Amazon Video, and watch UHD Blu-ray movies in stunning 4K Ultra HD. Then get the enhanced comfort and feel of the new Xbox Wireless Controller, featuring textured grip and Bluetooth. With all the biggest blockbusters this year, everything you love about Xbox is even better on Xbox One.

Don’t let its size fool you. With an internal power supply and up to 2TB of internal storage, the Xbox One S is the most advanced Xbox ever. Experience richer, more luminous colors in games like Gears of War 4 and Forza Horizon 3. With a higher contrast ratio between lights and darks, High Dynamic Range technology brings out the true visual depth of your games. Configure your Xbox One S to turn on other devices, like your TV, audio/video receiver, and cable/satellite receiver. Whether you’re playing a game or watching a movie, the integrated IR blaster will get you to the action faster, allowing you to leave your remotes behind. The Best Controller Just Got Even Better Play Xbox 360 Games on Xbox One

Xbox One backward compatibility—the #1 fan-requested feature—is now reality. Play a growing number of your Xbox 360 games on Xbox One at no additional cost. And with hundreds of titles being added in the months to come, Xbox One is now the best place to play your Xbox 360 games. Play Together with Gold Cons: Nothing to complain about!

Pros: I got this as a birthday gift from my friends on Mixer.

Cons: Now i need to buy Live Gold to play with my friends :/

Overall Review: Definitely consider buys refurbished because you save money and it works just like new.

Pros: Works great, I have had it for about a year now. It has frozen a couple of times on me but not frequently. Good price.

Cons: it came broken newegg refuses to replace i sent it back to Microsoft "they fixed it" and sent it back plugged in played for a little while froze turned off wont turn back on now i have a 200 dollar paper weight called xbox