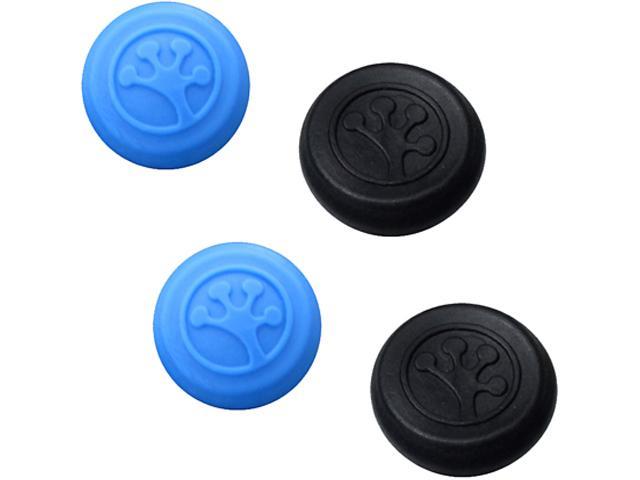 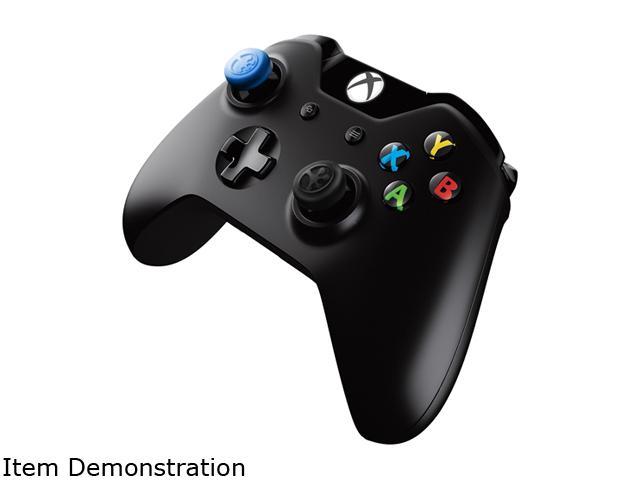 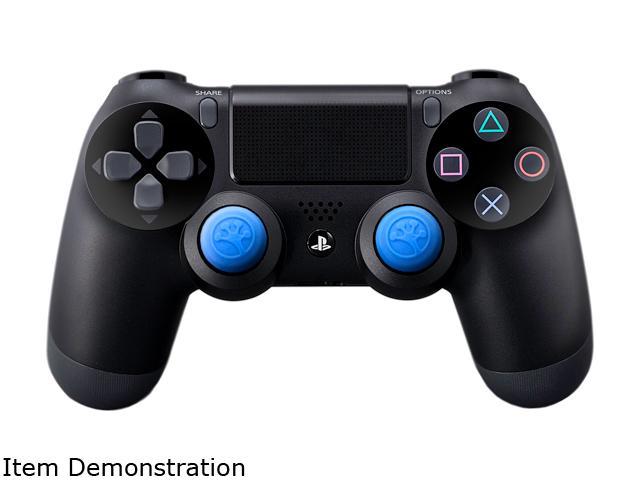 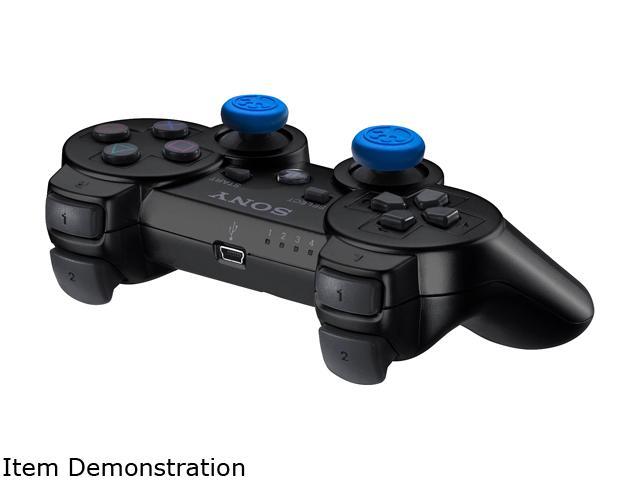 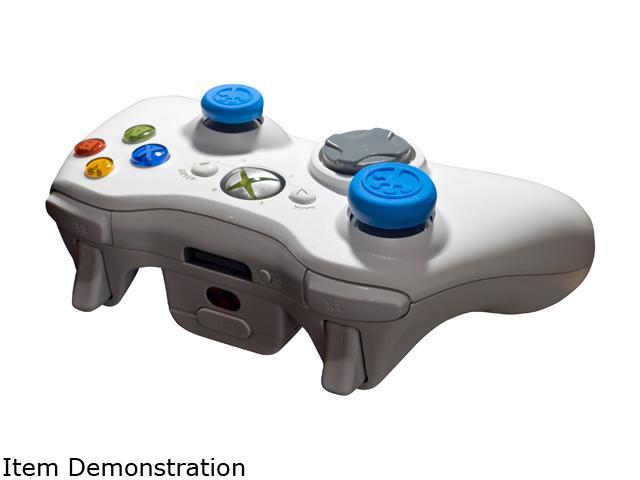 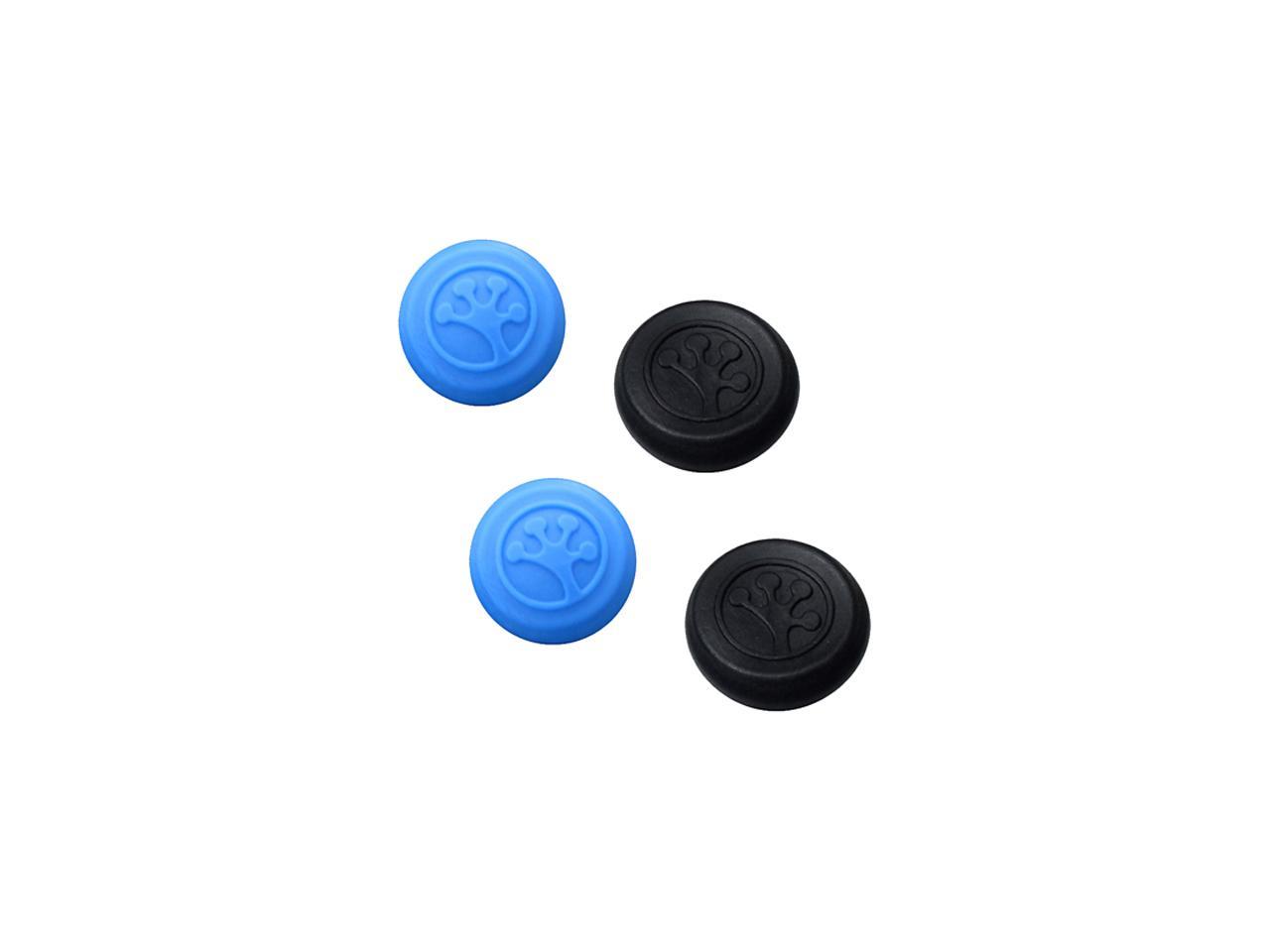 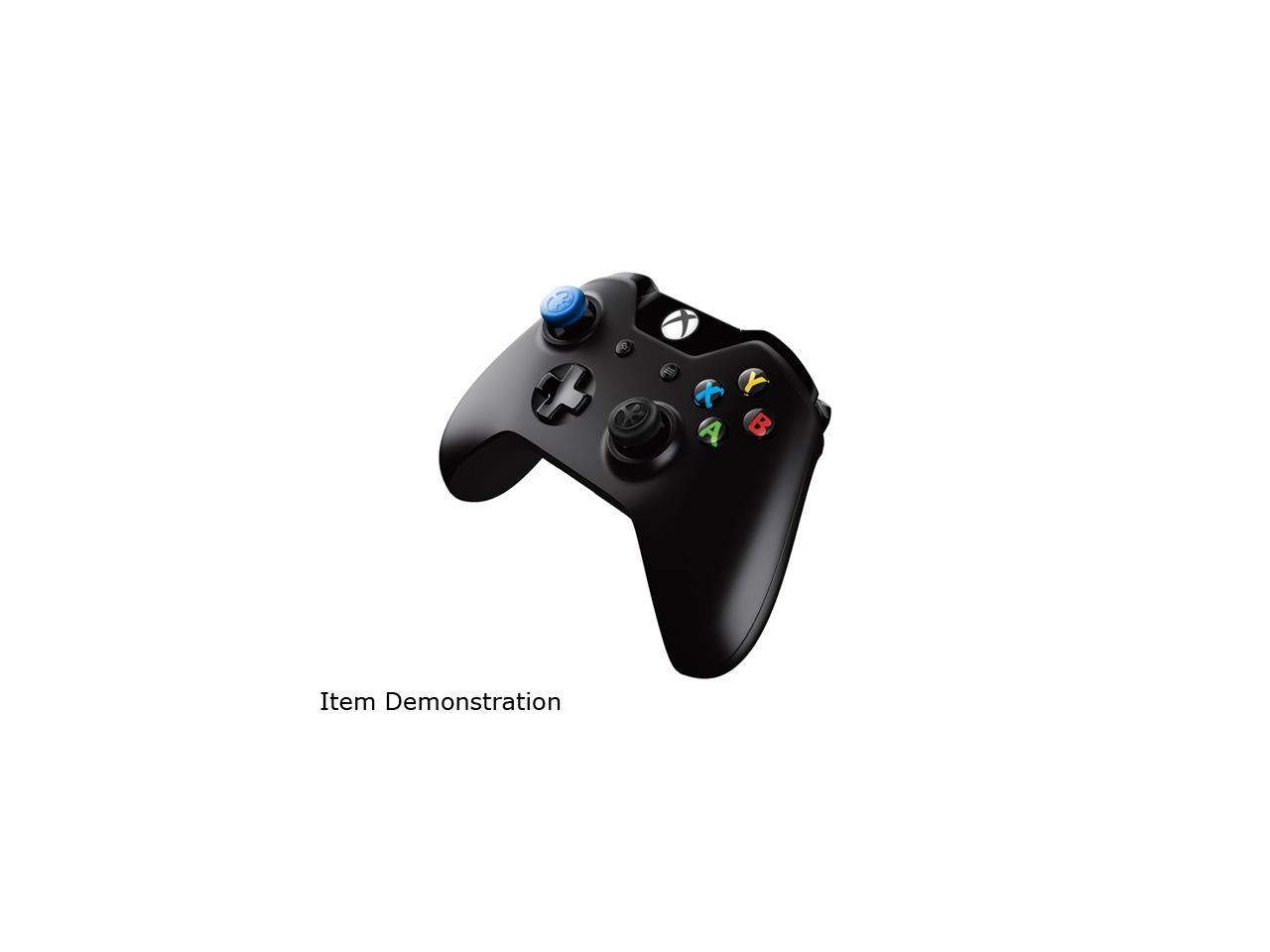 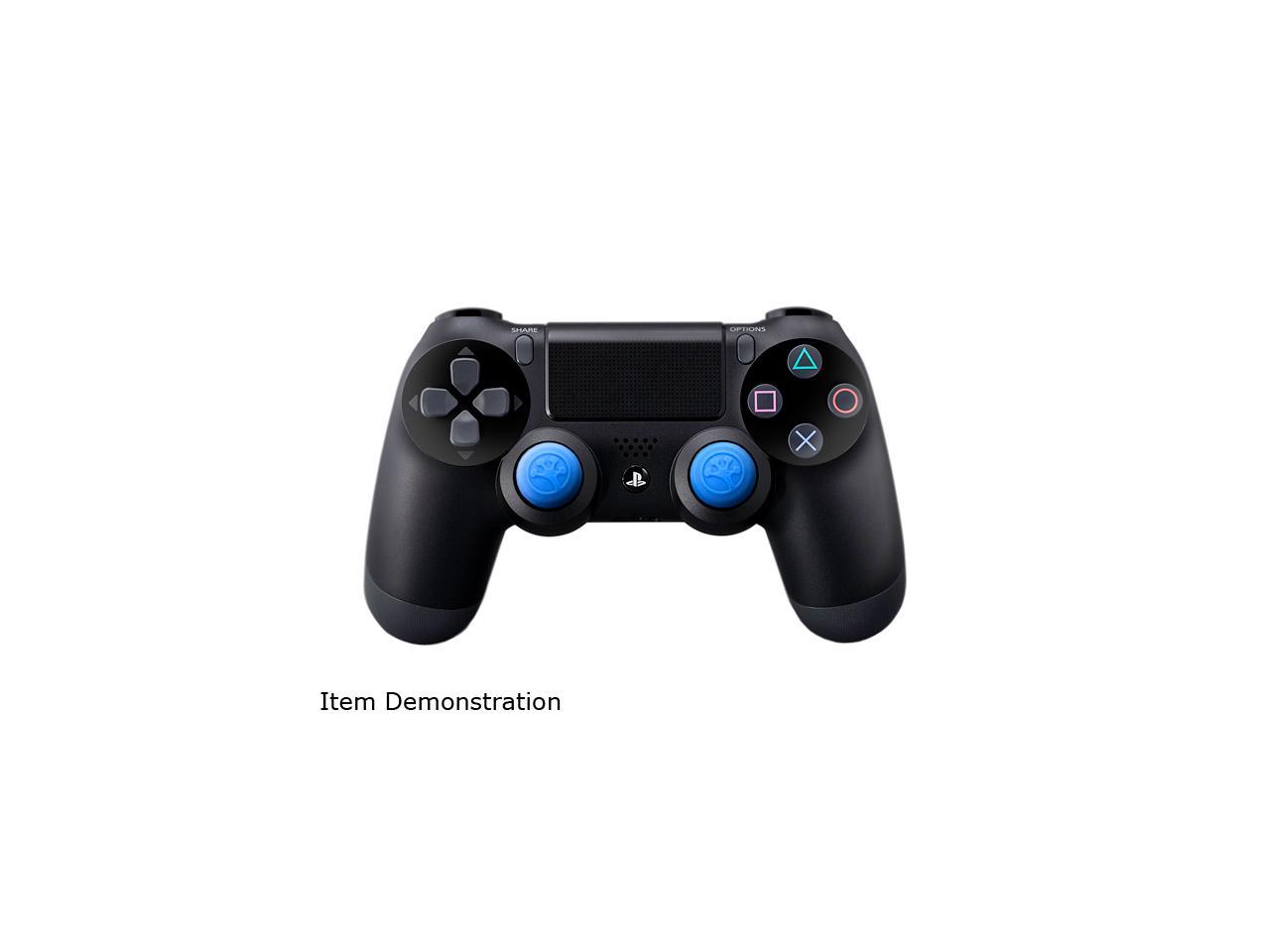 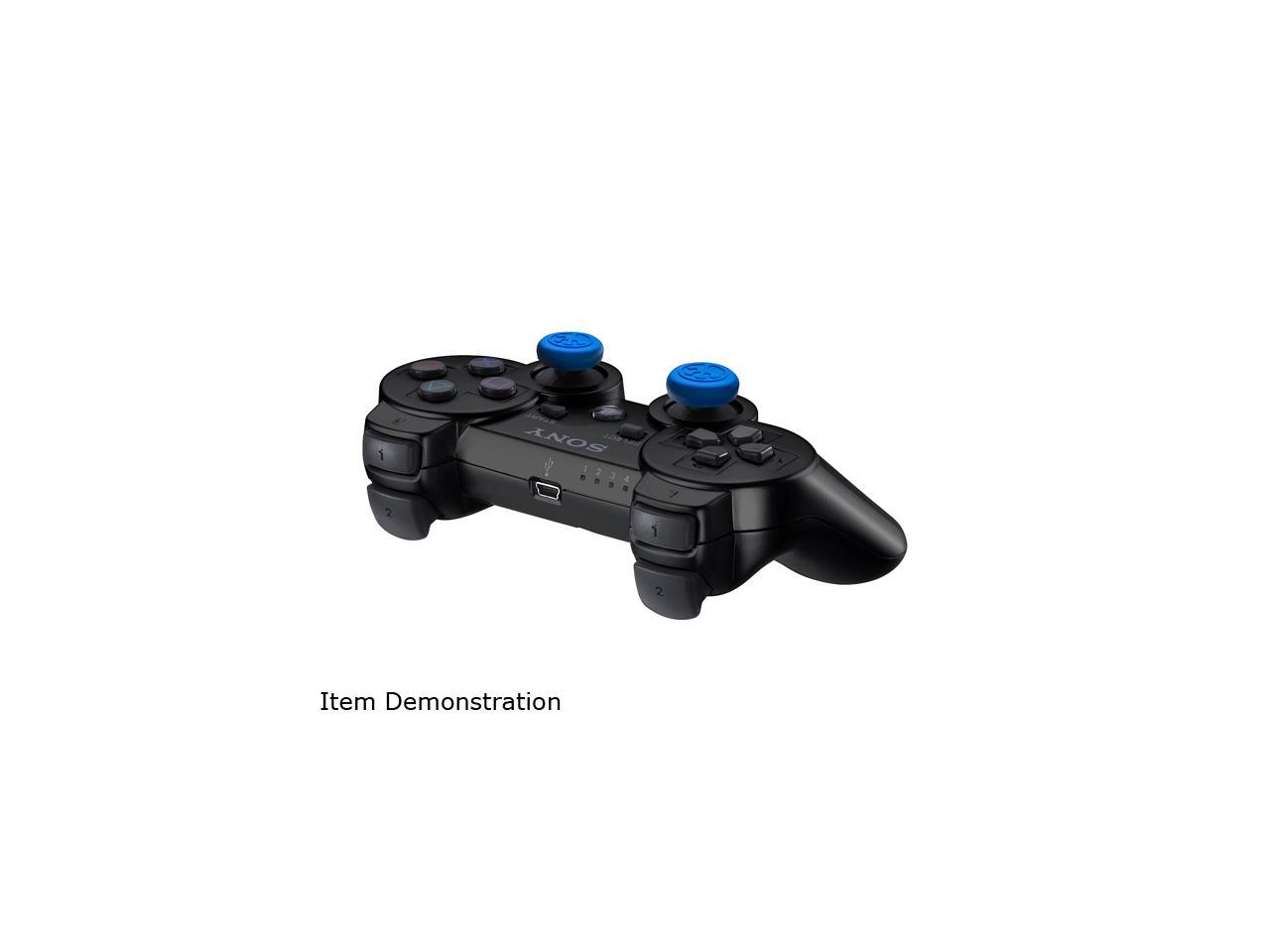 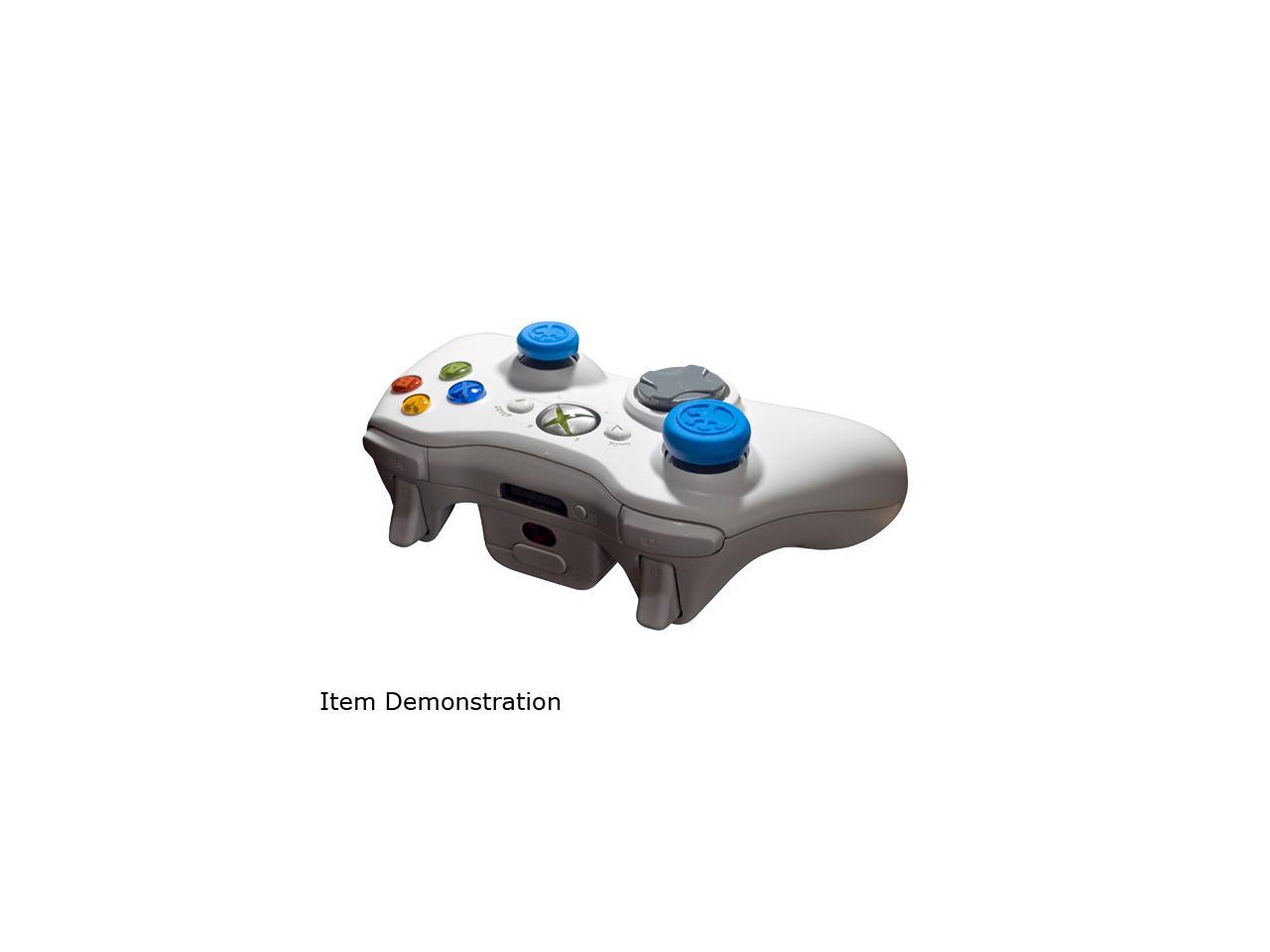 John B.
Ownership: more than 1 year

Pros: - After playing for a long time on both Xbox 360 and Xbox One (although slightly improved) gamepads, I started to hate the analog sticks on them. My fingers would callous and hurt after a while of play, and my grip would slip continuously off the sticks, likely costing me a dearly in whatever game I so happen to be playing. I thought to myself, "There HAS to be a better way." And much like those cheesy infommercials, the Grip-iT Stick Covers appeared to stop the madness. I've been using these for the better part of two years on two of my controllers of my--one 360 and one One. They drastically change the feel and comfortability of the default analog sticks. - They are relatively easy to install over the analog sticks--you just wrap them over and they snap back, creating a tight seal. Although this is a little different as far as Oxbox One controllers go (see Cons). - The best way to succinctly put it: These Grip-iT covers are so much better than the stock gamepad analog rubber. Your fingers don't slide off, sweat doesn't deter your handle on them, accuracy improves, and your fingers don't fatigue any longer. Your thumbs will even shed their callouses because these covers are so comfortable and svelte. I really dislike playing on gamepads that do not have these covers installed. They have turned me into a snob when it comes to controller comfortability. - A good price for a good product.

Cons: - Because the Xbox One controller's analog stick heads are a few millimeters smaller, the Grip-it Covers don't hug the top snugly. What results is a somewhat loose bond, and it takes a while to properly secure the cover over the stick so as it not to continually bother you or slip off. I think Grip-iT should make a different set of these for the One controller, a slighly smaller version so that the rubber hugs it tightly and firmly as it does on the 360 controllers. - The Grip-It pads after a while do wear out, just like the stock pads on the gamepads' analog sticks. I've gone through about four of these covers over a two year period. Sometimes it's a hit or miss situation, where one will break down quickly while another will last awhile. I've had one tear down the middle after only a week of use; while others have stood up for months. I'm now replacing the one on my HTPC/Steam Stream Gamepad--the center is starting to concave and deteriorate--this has been after ~160 hours of use.

Overall Review: - Although I have to reorder and replace these every several months--and you'll likely have to as well--it's worth it. The price isn't so bad as to where it irritates you when they wear down, because it's not going to put a dent in your wallet when you replace them. If anything, you'll sigh in relief when you get the fresh pair and put them back on.

Pros: -Install was incredibly easy, just turn them inside out on your thumb, place them on the joystick, and pop them out. They perfectly hugged my Dualshock 4 joysticks first try with no adjustment needed. I know some people probably just try to stretch them on or look at the things and think they'll never fit. But those people didn't read the instructions and deserve their frustration. -They feel much better than the default rubber. The Dualshock 4 for all it's comfortably strides compared to it's ancestors have the absolute worst joysticks ever conceived. They're misleadingly designed to be concave but are actually covex, and they slip like no other, worse than the Dualshock 3 ever did. These grips remedy that issue instantly.

Cons: -For what is basically little rubber circles, it was pretty disheartening to pay almost $7 after shipping. But it's cheaper than $60 to replace the controller or around $20 for stick extenders that mess with my thumb positioning, and you do get 2 sets of them.

Overall Review: Bought because my Dualshock 4 joysticks tore. The left stick looked like it had a massive gash and the right had worn down and was beginning to tear. They were still usable but it was irritating as all heck though. These covers popped right on and you'd never know the sticks were anything other than brand new underneath. When I finally break down and buy a secondary controller the blue set of grips is going on it day 1.

Pros: It's rubber so it grips your fingers easier than anything else, and if your hands heat up or get sweaty, they grip even better. lol it's hard for me to check my score in MW2 sometimes because i can't get my finger off the sticks haha.

Overall Review: everyone should get these, they're amazing. way better than geltabz just because of the extra grip factor.

Pros: My xbox360 controllers were down to plastic , thinking of throwing them out due to hurting my fingers, but then I found these and I am happy! Extra grip! -Gave my controller a second life!

Cons: None quite happy!

Overall Review: Will buy more when needed Love them!

Pros: They really give a better grip to your sticks

Overall Review: Every person who has tried my sticks out has asked where I bought the grips

Overall Review: Grip-its are great for any kind of gamer plus I don't have my thumbs slipping off my controllers any more. I was turned to Grip-its by visiting SFX Kona's Justin.tv Gaming Stream which the Grip-its Creator sponsors.

Pros: There fun to chew on.

Cons: They dont even come close to fitting my x360 controller and I doubt they would fit a ps3 controller. Even if they did fit they would be uncomfortable.

Overall Review: I only bought these because my order needed to be a couple more cents to be eligable for deferred interest for 6 months. Glad I didn't actually want em lol.

Pros: - They were cheap.

Cons: - They in no way improve accuracy. - There isn't any extra grip. - Your fingers will still slip off when moist. - The lizards little fingers make it uncomfortable/awkward to - rest your fingers on.

Overall Review: I've been a hardcore console gamer since PS2 and let me tell you that these little caps are garbage. I actually prefer to play with bald thumb sticks than to play with these things.