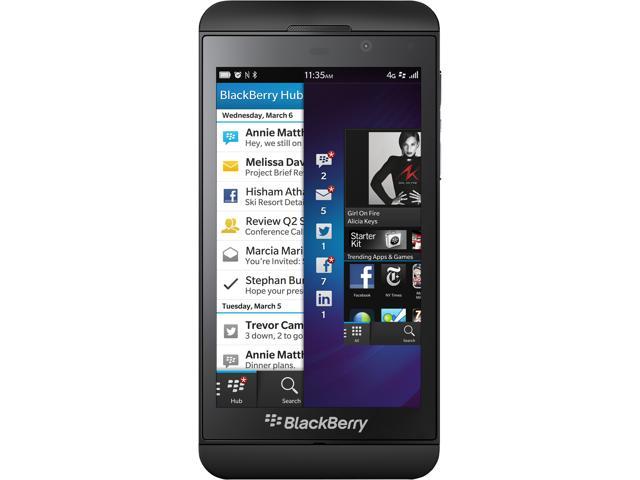 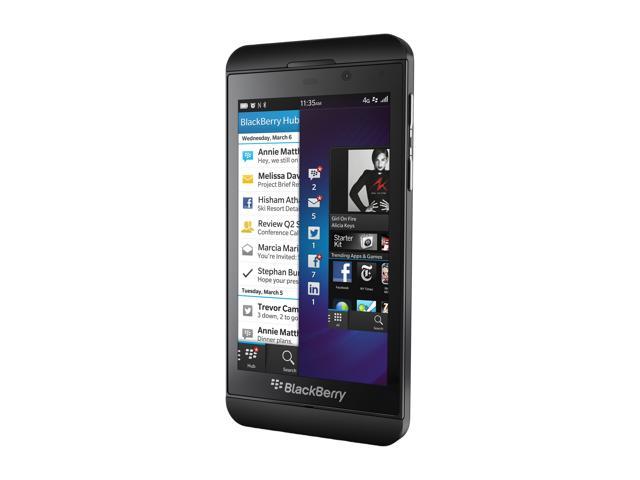 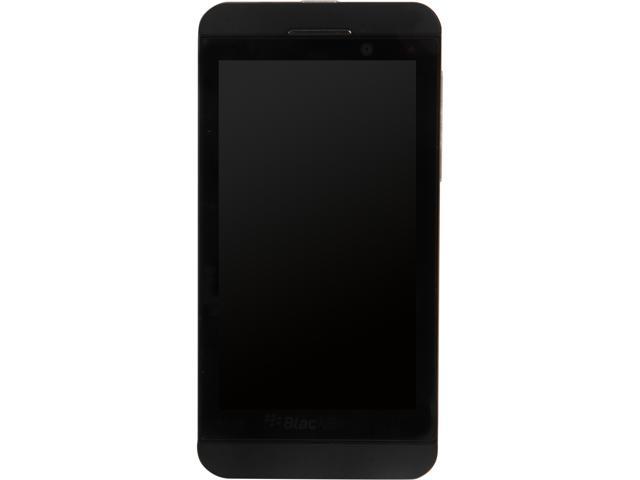 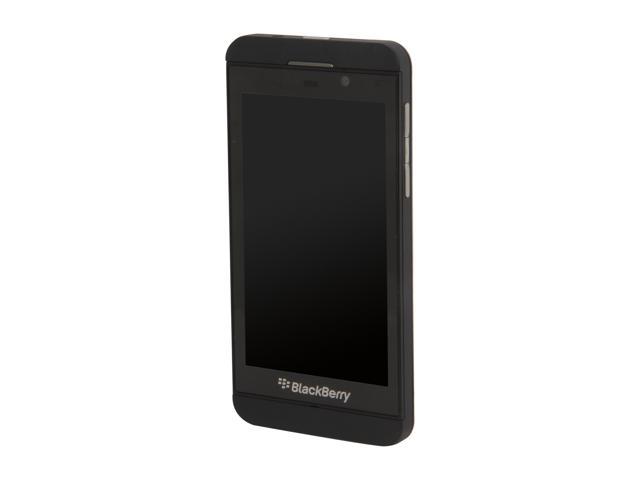 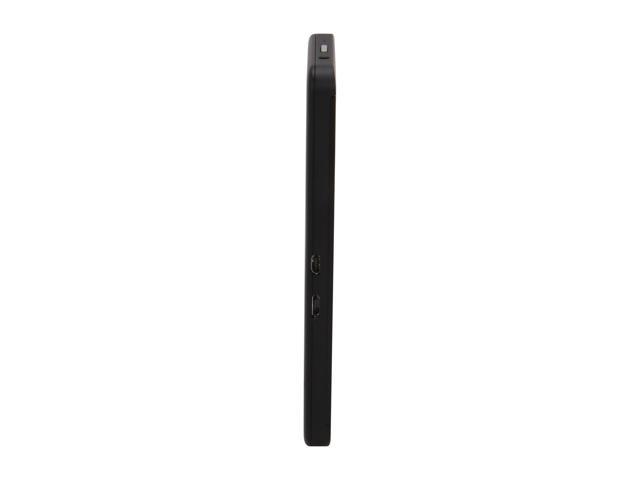 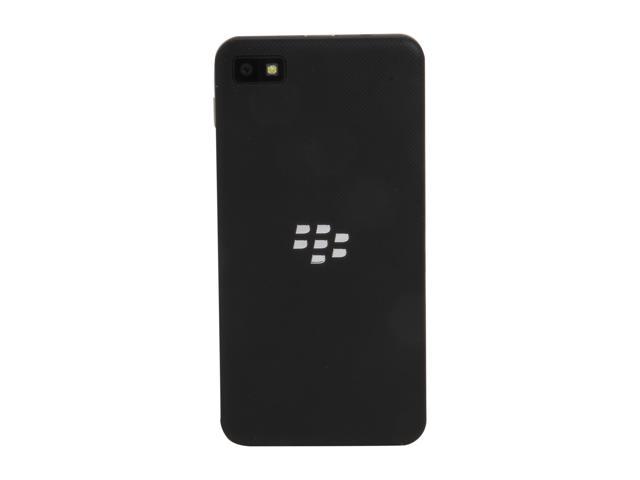 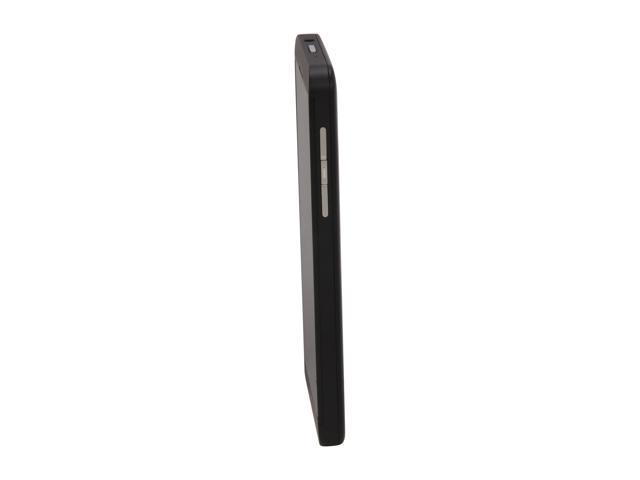 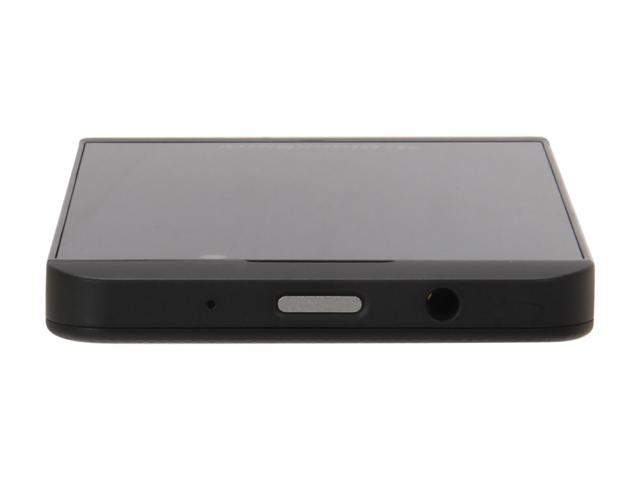 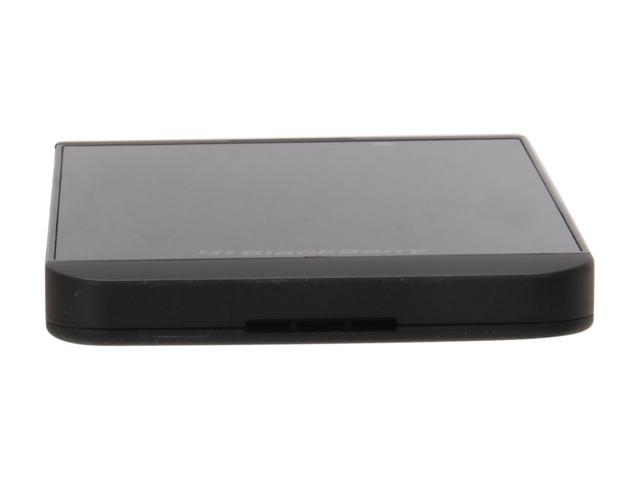 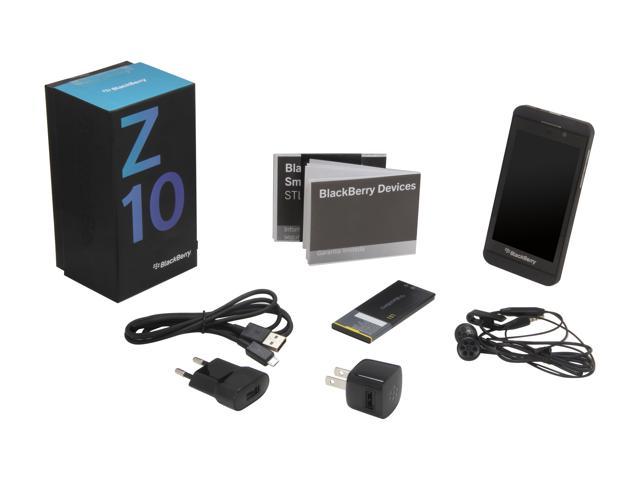 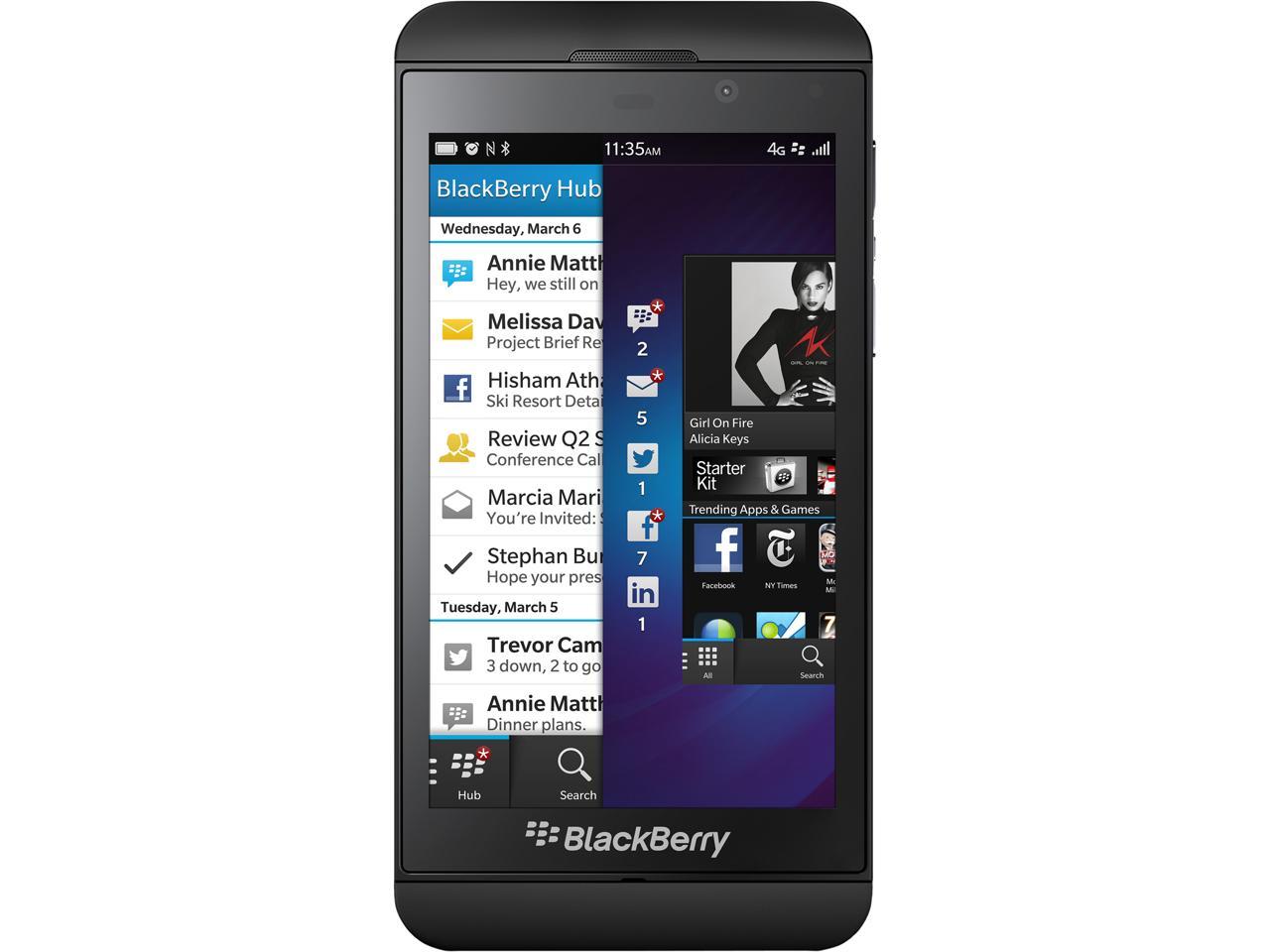 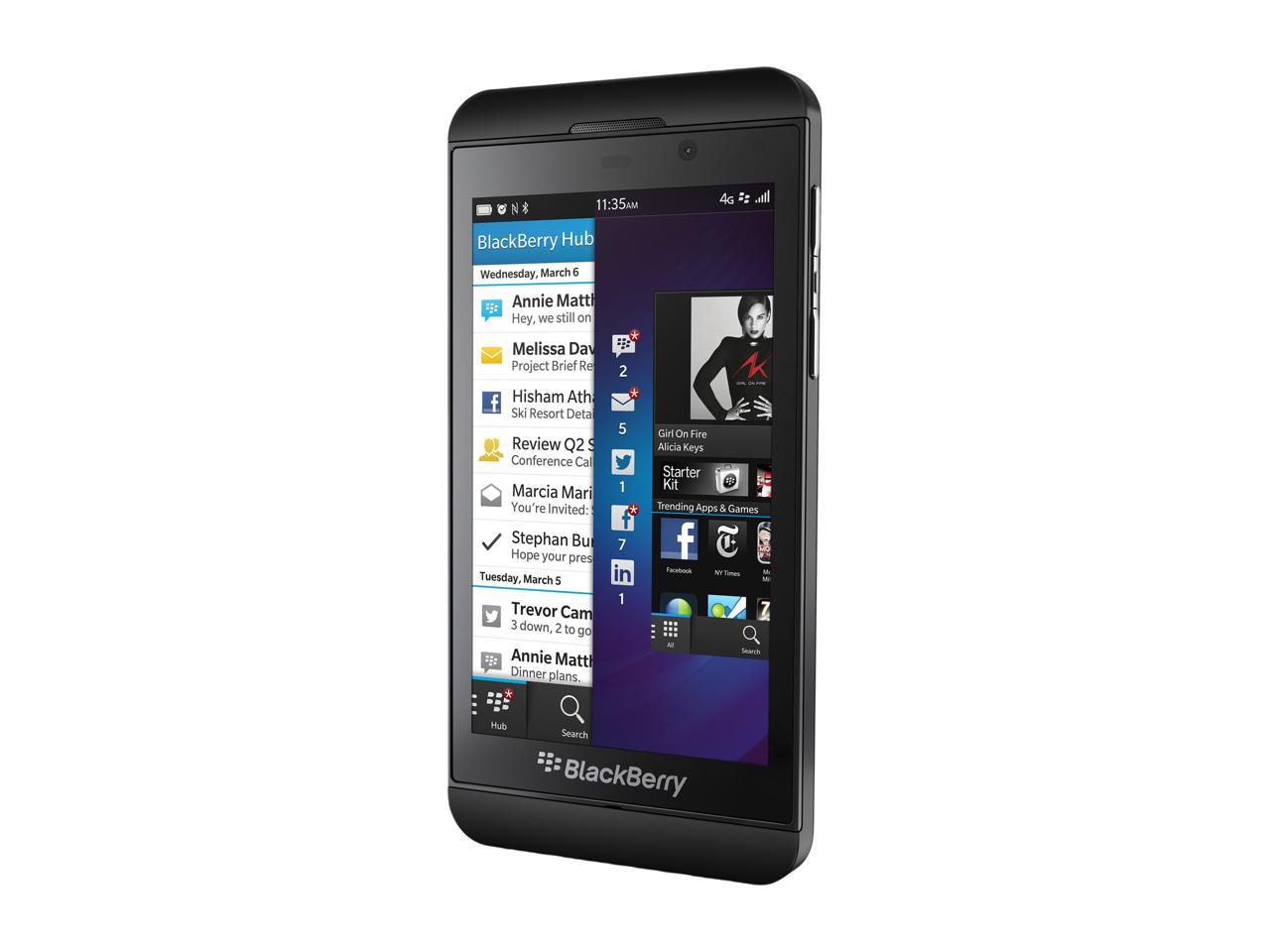 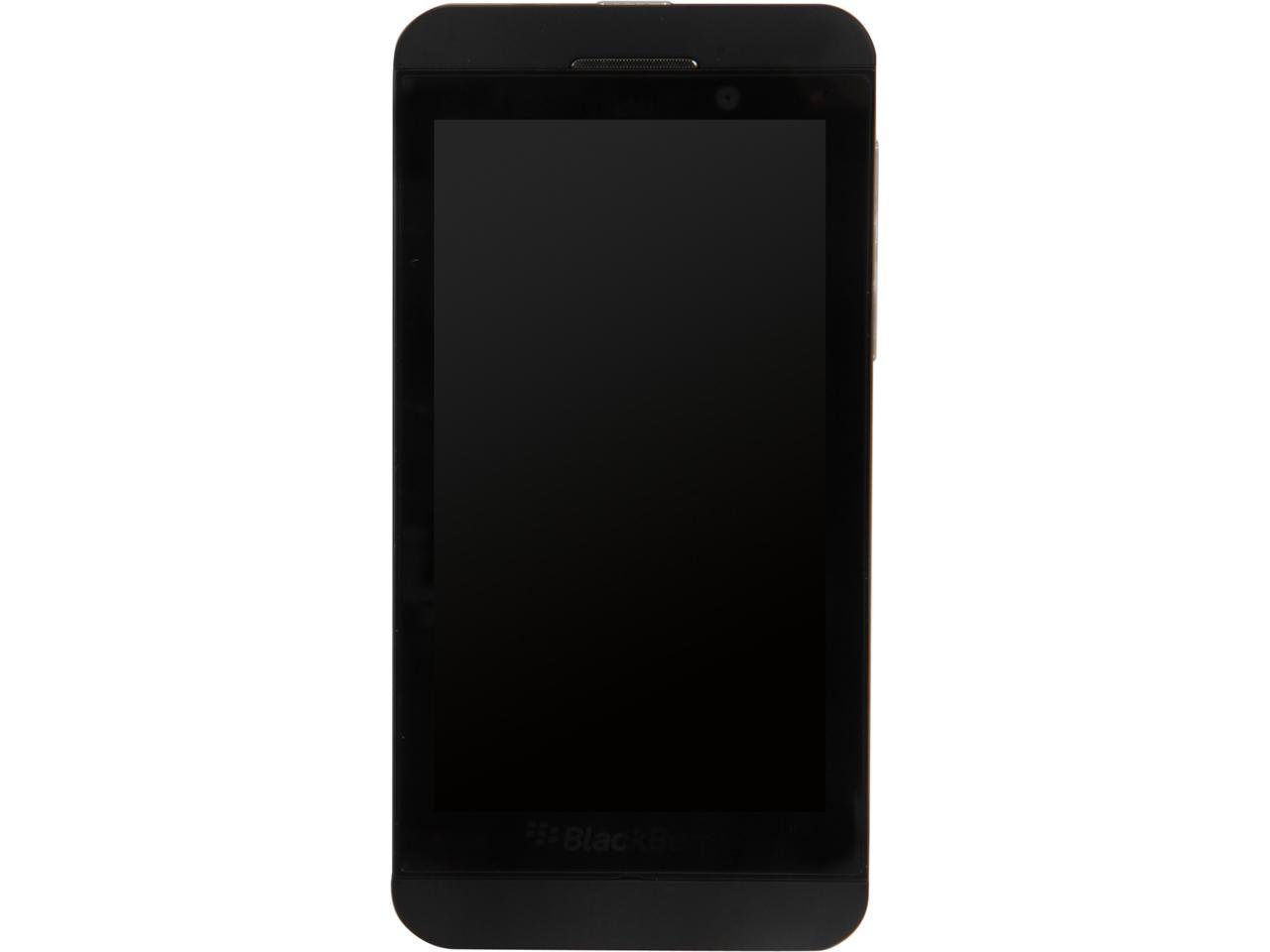 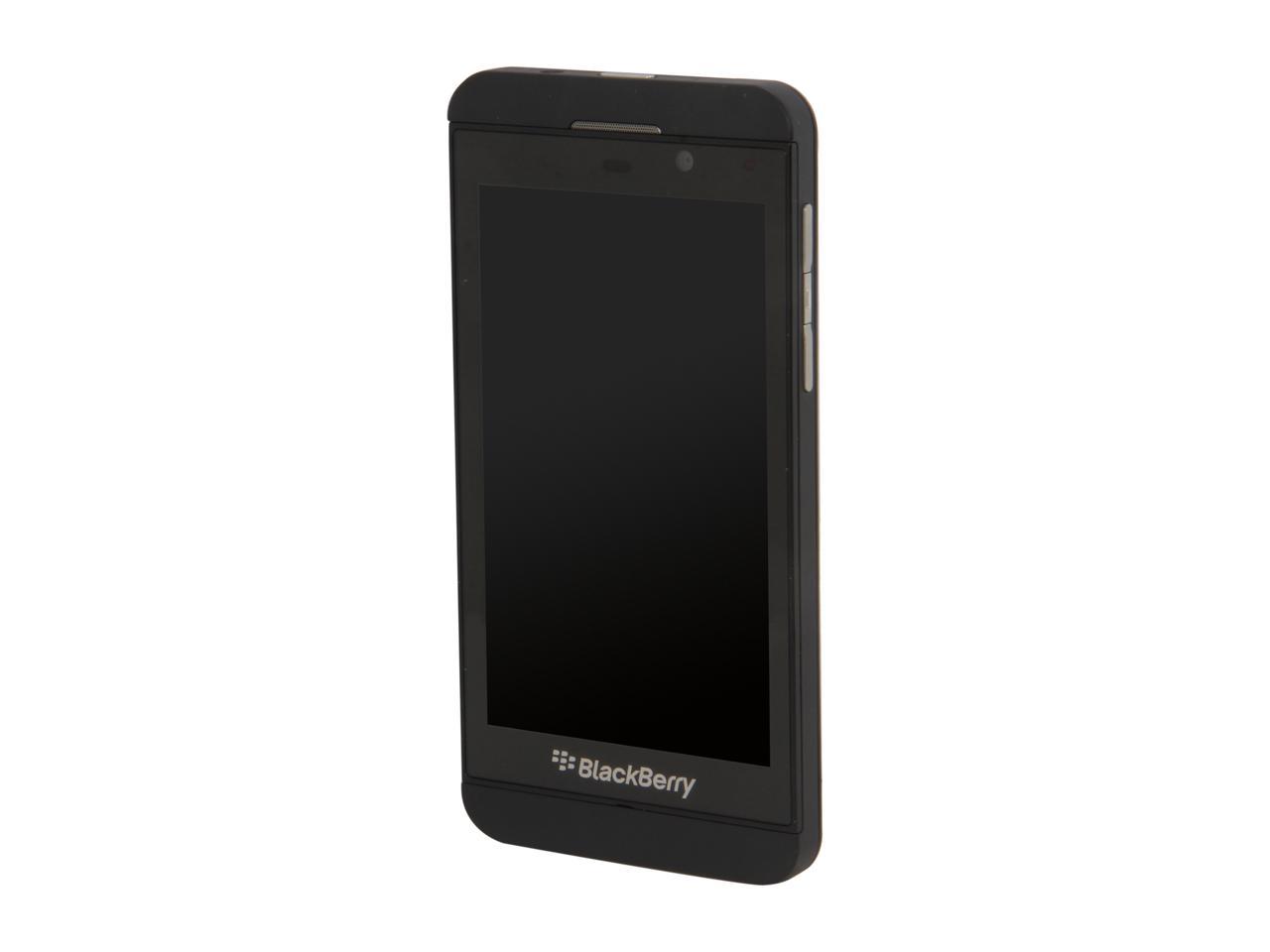 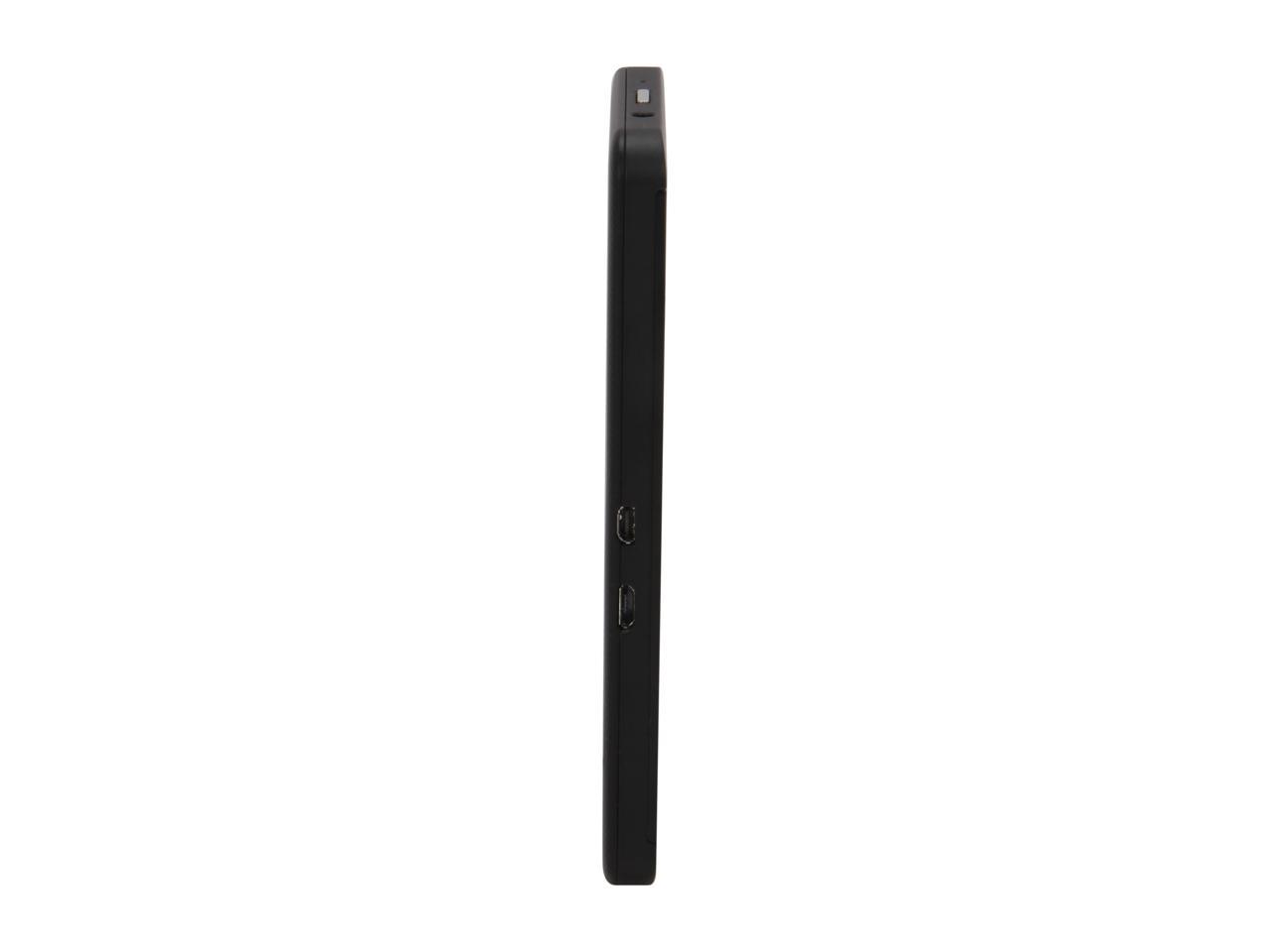 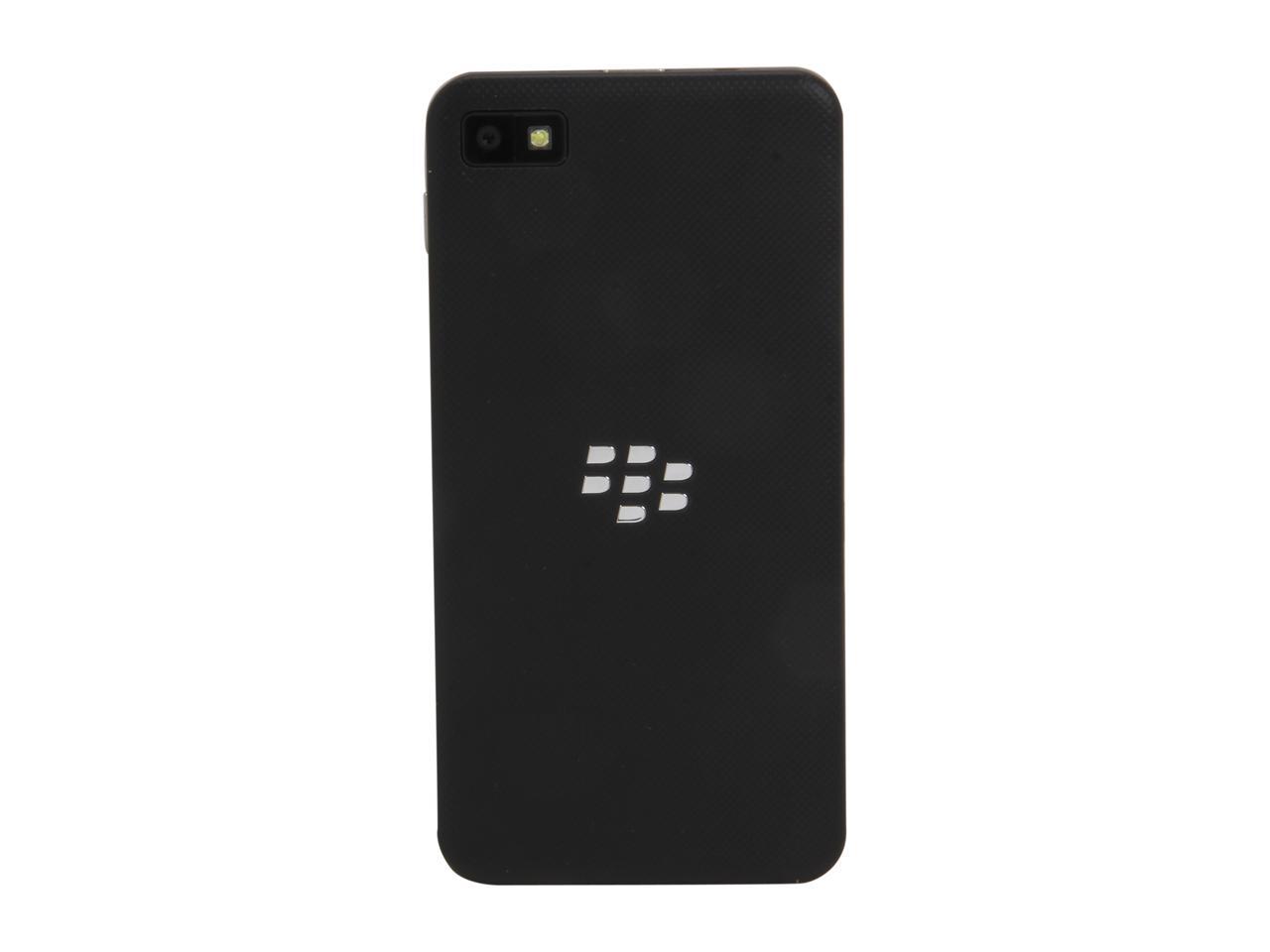 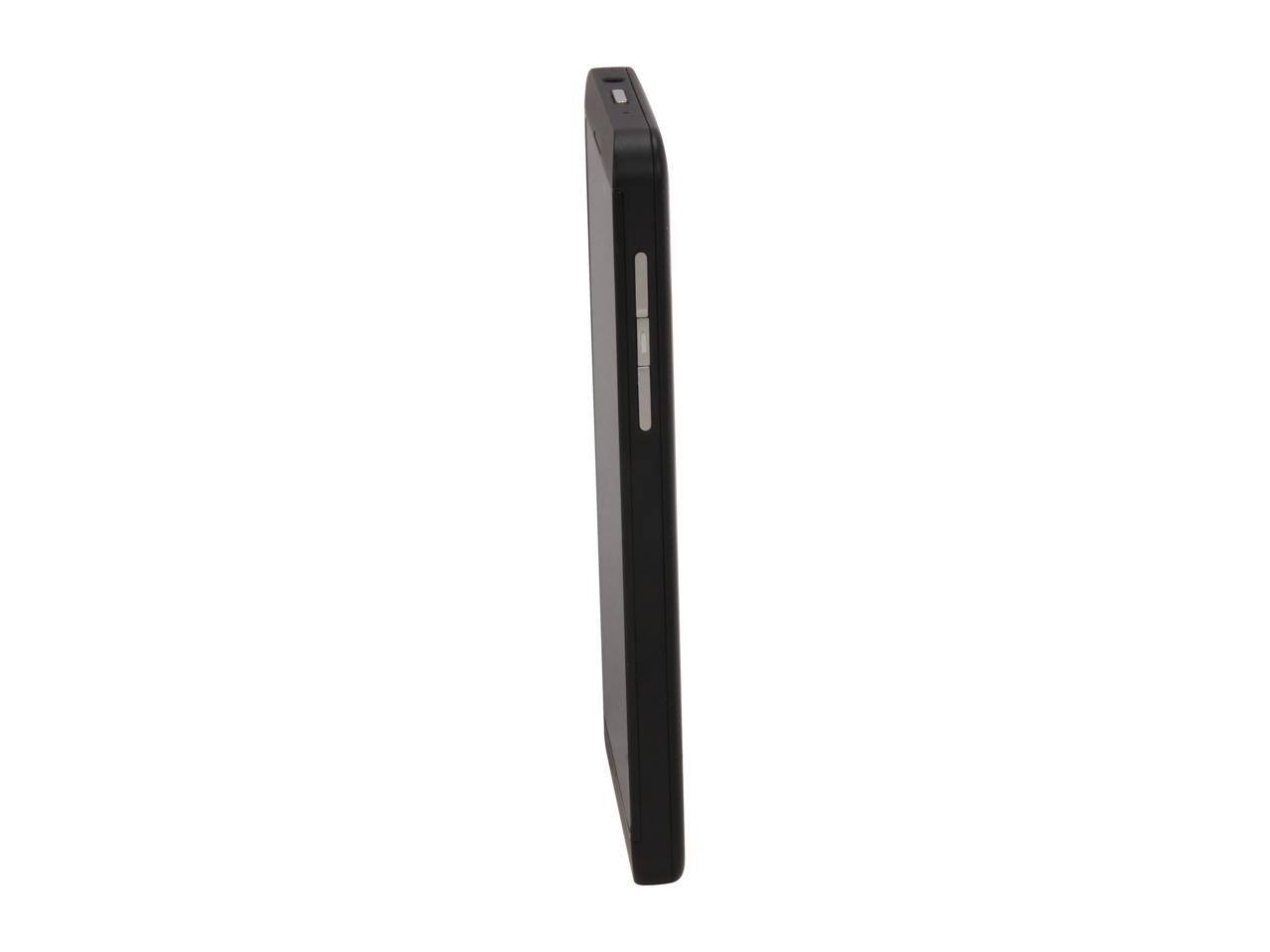 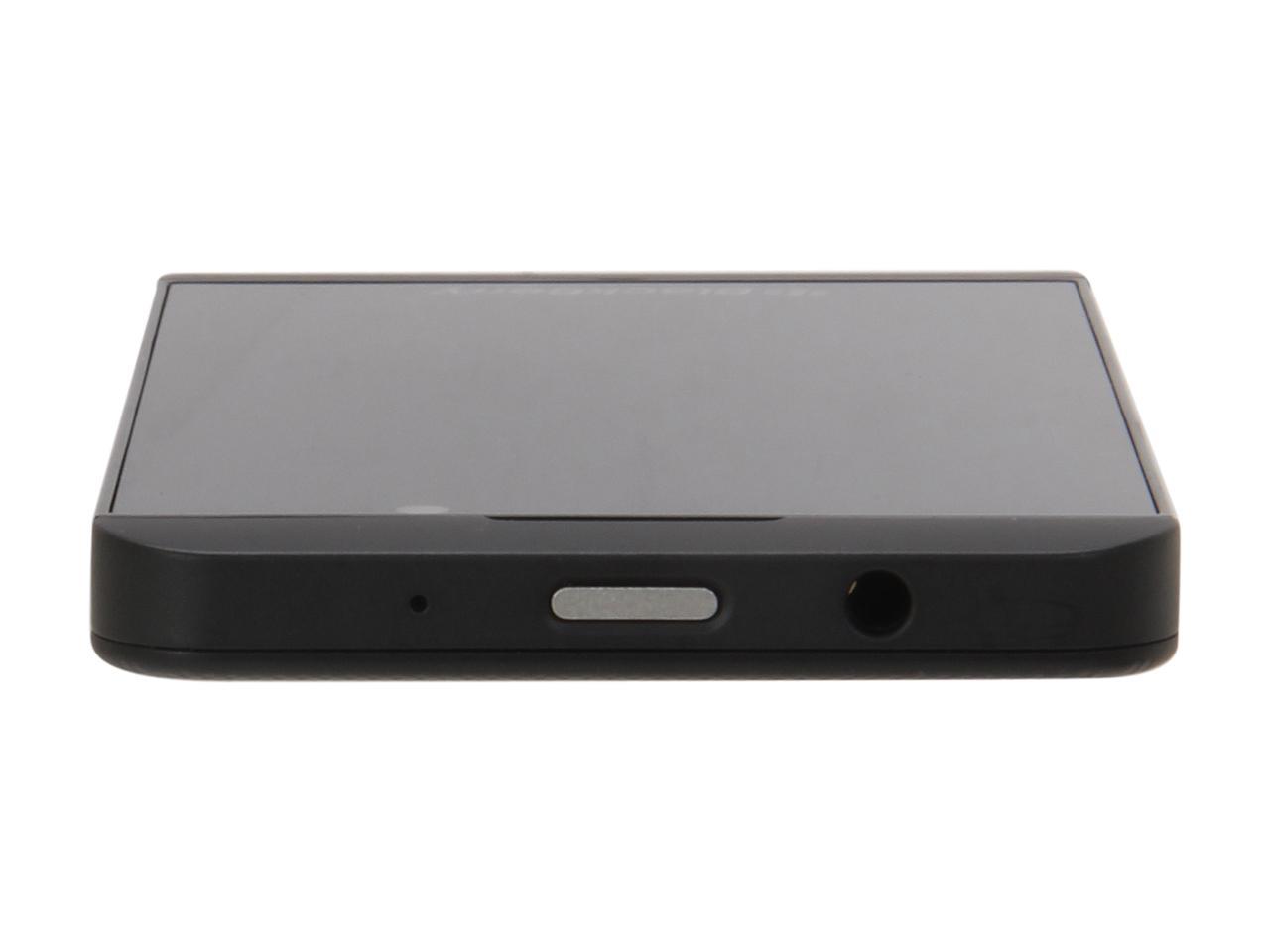 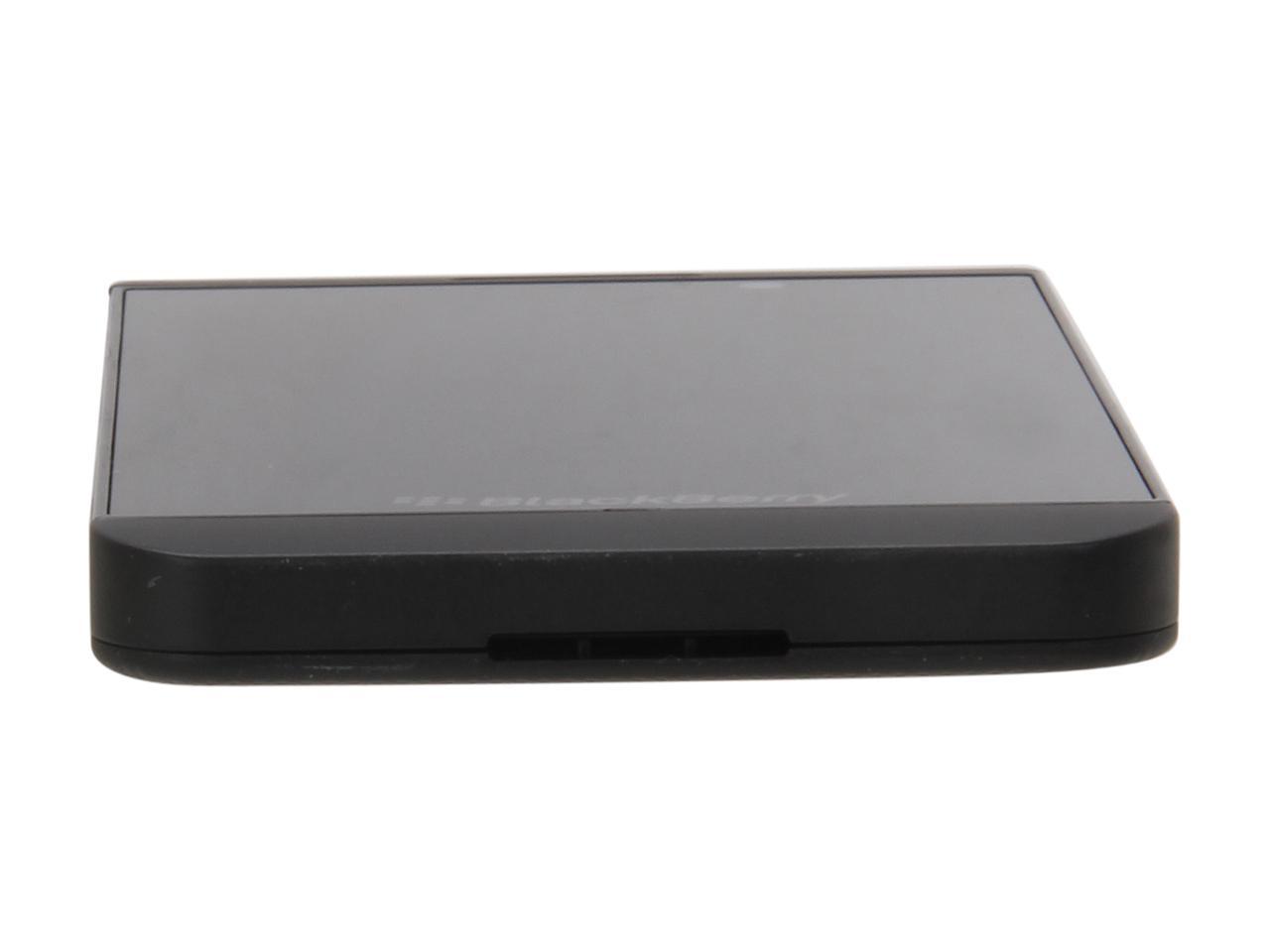 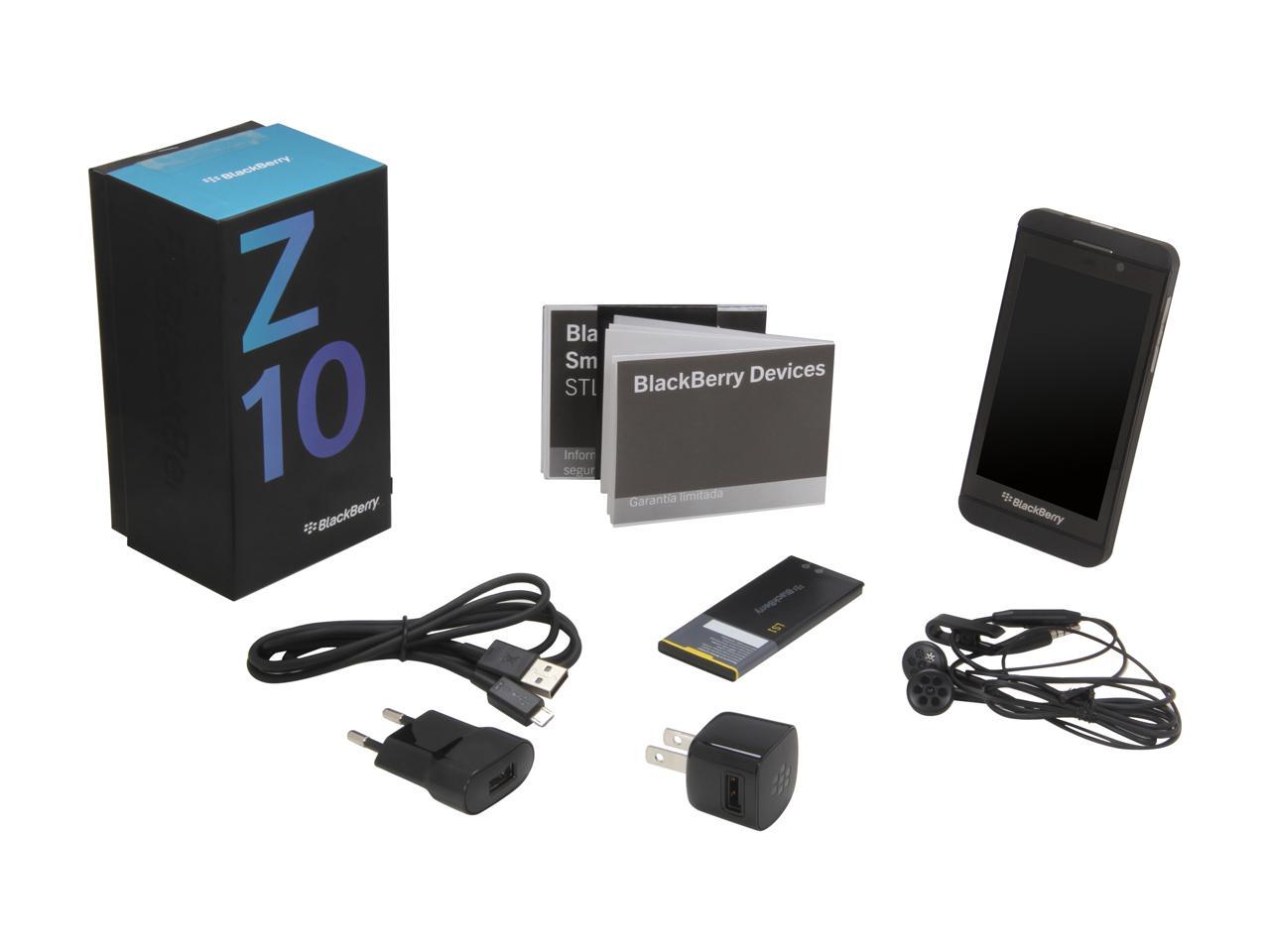 The Z10 provides a new experience where features and apps work together seamlessly, intuitively sharing your train of thought to help you complete tasks faster and easier. Discover BlackBerry 10, designed to keep you moving.

Blackberry Hub
Stay close to what's important and keep everything that matters to you in one place. Simply peek into the BlackBerry Hub from any app with just a swipe, and flow effortlessly in and out of your messages and conversations.

Blackberry Keyboard
The new touchscreen BlackBerry Keyboard provides an effortless typing experience. It learns your writing style and suggests words to help you type faster, more accurately and with the least amount of effort. And if you tend to mistype certain letters, the keyboard will remember and subtly adjust to make sure you hit the right key.

BBM Video with Screen Share
Switch your BBM chat to a BBM Video conversation and talk face-to-face with those who matter to you most. Use the new Screen-Share feature to share photos, your browser, or review a business document together. You can even share the view from your camera. It's an amazing new BBM experience for BlackBerry 10 smartphones.

Camera with Time Shift Mode
Pinpoint and adjust elements of your picture to get the photo you want. Time Shift mode captures milliseconds before and after your photo - so you can scroll back on the dial to open one friend's eyes and then forward to catch your other friend smiling, before combining it all to create the perfect picture.

Blackberry Remember
Managing a busy project? Planning this weekend's party? The BlackBerry Z10 has the tools you need to get things done on the move. Group relevant photos, lists, messages, and weblinks into one place with BlackBerry Remember – then sync tasks with your Microsoft Outlook calendar. Plus, with Documents To Go and Adobe Reader built in, you can update spreadsheets, documents, and presentations on the move.

Blackberry Balance
Use your BlackBerry Z10 smartphone for work and access email, apps, and documents without compromising your personal content. BlackBerry Balance keeps your personal information separate and private from your work data. Switch between your profiles with one simple gesture.

what's in the Box Pros: I have the RFK121LW (STL 100-3) same phone just uses different wireless frequencies. I love this phone. Call quality is great. Microphone and speaker phone are great. OS is smooth and doesn't lag. I have owned iPhones, Android phones, symbian, and blackbery phones. This is a great experience for those looking for a serious phone. The hub is great in that all my messages appear in the same place. No more switching back and forth between apps to find messages. The swiping system only takes a couple hours to get use to it. Once you do get use to it, you won't want to go back. There are more and more apps appearing in Blackberry World every day. Skype is already there and so are twitter, facebook, what'sapp, etc...

Cons: It doesn't have all the apps from android and iOS together.

Pros: Solid phone, though it is quite lightweight it doesn't feel "cheap" or inexpensive. Great response time with gestures. The "grip" backing is great so that the phone does not slide off of slippery objects or even if it were lying on the armrest in your vehicle. BB10 is leaps and bounds from its predecessors.

Cons: Lacks major apps. I'm not the biggest app user, however I do expect apps such as skype, viber, or even magic jack. For someone like me who is often overseas, it is beneficial for us to use voip applications to save money. It was a surprise nonetheless to at least not find skype. With more patience this phone will be absolutely rock solid. One last thing is that the full gesture system will take getting used to. One may struggle initially with attempting to press a physical button, while there's none there.

Overall Review: For one who needs a more "corporate" and business-tailored device, this phone is absolutley right on the mark. The BES support allows the user to enable the Balance feature, which conveniently separates work and play environments. Gesture system again will take getting used to. This phone is the beginning of the end of the competition.

Pros: best of two worlds with new os update allowing android apps with a direct download. i have downloaded amaz appstore from blackberry world. google play can be installed but as yet it has to be done on a laptop. a how to is on crackberry site. bbhub is always there in the backround. can minimize youtube and it still plays the audio..

Cons: battery goes plenty long using it just as a phone with email and text and talk. use big apps and it will use the battery.

Pros: Very intuitive Feels good in hand Not to big

Overall Review: Initially I got scared because the sim slot is smaller than my old one but a little research and a pair scissors and now I have a working phone. I know it may sound funny saying its not to big but so many phones any more are just slightly undersized tablets. I can't remember the last time I got a new electronic that didn't come with with instruction in half a dozen languages so I was little shocked it came with only Spanish instructions but no big deal. Location-USA Carrier-AT&T w/No data plan

Pros: Pros: I was an early adopter of the Z10 and purchased as soon as it was available in the US, so I've been using the Z10 for about a year and a half now. As of today, this phone still feels new to me, especially with OS (operating system updates). Physically: The phone feels great in the hand, with a textured back door that's inviting to touch. The screen display is beautiful and excellent quality. I've dropped the phone more than a few times on hard surfaces and still no cracks. Also, even though I have a privacy screen on my phone, I still get ooo's and ahhh's when showing pictures or video to others. Two cameras (front/back) come in handy and I've taken some awesome shots from several trips and events. There's also a standard mini-USB port for charging, mini-HDMI port which works perfectly with a standard HDMI to mini-HDMI cable. One other major point to note is the microSD (extra memory) slot. In the phone specs, it says up to 32gb capacity, but I can confirm since day one, I've been able to use a 64gb microSD. With the release of upcoming OS updates, this has been tested with a 128gb microSD. Internally: (understand I'm a bit more techhy than average user). When switching from other phones or even old BB devices, be aware that this new user interface is different but more intuitive. In the first 24-48 hours, you'll be trying to understand how everything works, so don't let it frustrate you. Hearing about hub and flow doesn't truly make sense until you've got the phone set up with your email and social accounts. Then you realize just how beautiful and clean and easy this is to use. Lots of customizable features and options that can help save or drain your battery depending on your personal use. With the latest OS update (10.3...), you will have access to the Amzon App Store as well as Blackberry World (BB's app store). One point of interest is that this Blackberry OS is capable of running Android apps and games as it has technical capabilities to do so. For the curious folks that believe they'll miss their Android apps and games, not true. Crackberry.com has plenty of instructional documents as does Youtube on how to sideload. I personally sideloaded an app called Snap that actually gives me access to the Google store right from my Z10. I can download apps on the go. Also, note that due to Blackberry data packaging technology, you'll consume less data overall compared to other brands. BBM (BlackBerry Messenger) that you've known or heard of, is now even better with voice calling and video calling embedded, plus its available on other platforms. Last but not least, the security that Blackberry is know for is still the best there in the business. Next to the security, BBM, and fluidity of the device, my favorite feature has to be the ability to upload/download directly to my pc from anywhere. I have cloud storage for when/if I need it, but for true security, I can transfer directly between my Z10 and my pc (or any pc I authorize) secur

Cons: Cons: Every once in a while an app may crash but these are typically Android apps, but wait a few seconds and you're able to restart the app w/o rebooting the phone completely. Honestly, the biggest issue is not with the phone itself, it's the carriers in the US not rolling out OS updates timely. The rest of the world where Blackberry is thriving receives regular timely updates, while the US carriers lag far behind. This is where Crackberry.com and reading comprehension comes in handy. With a little reading, this issue can easily be overcome by updating the OS using a non-US carrier update. Haven't found any issues doing beyond perhaps having a foreign carrier icon appear in my apps which can easily be deleted. All other functions work perfect.

Overall Review: Overall from day one this phone was a good start for the new line of Blackberries, but with each OS update, this phone has become AWESOME! The best part is that there is still so much more potential for this phone to grow and do even more. This phone is a unrecognized diamond.

Cons: Only uses 16gb physical memory! Max! Does not say anywhere on Neweggs site! My 32 gb of expensive dominator platinum memory is a waste!

Pros: A wonderful addition to my current Bose 201's. Very we'll made box as well as subwoofer. The packaging was boxed twice very neatly. Comes with user manual. The loudspeaker cone is very well made high grade materials. The subwoofer produces solid clean bass can handle anything I throw at it.

Overall Review: Make sure to buy an additional subwoofer cable come with one but wish it was a smaller gauge.