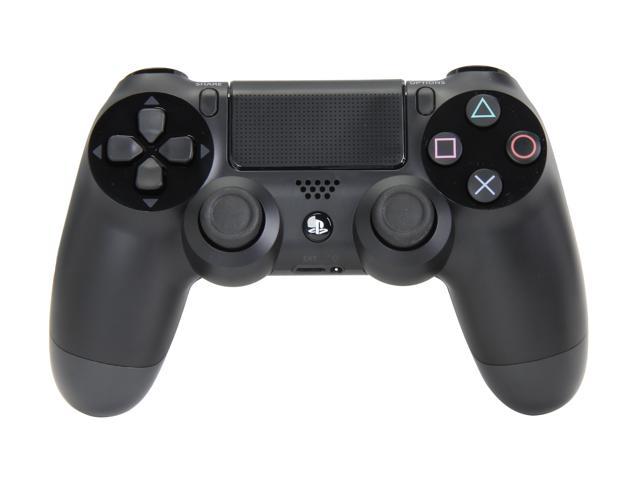 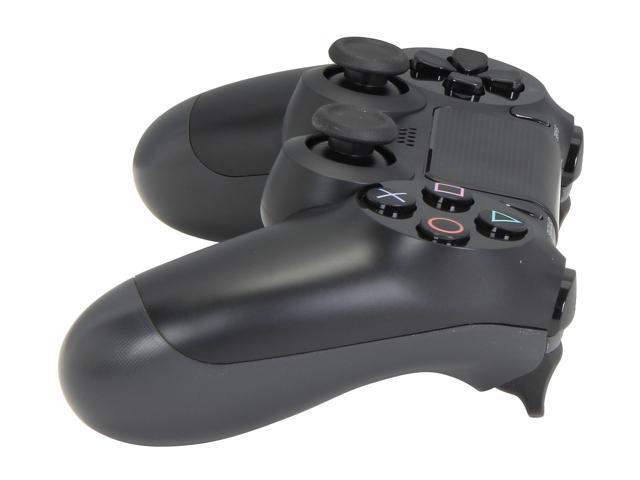 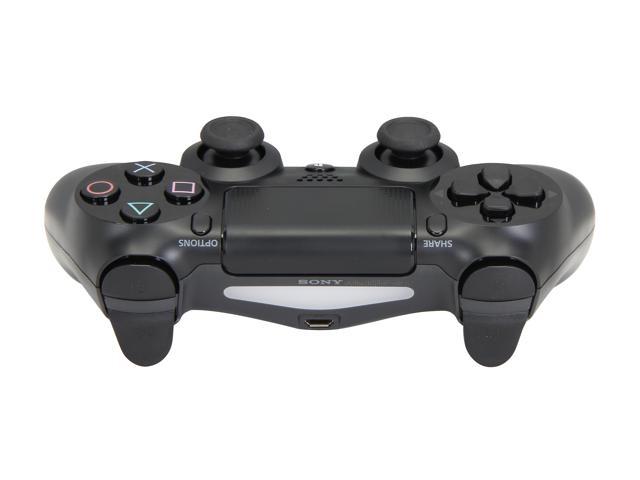 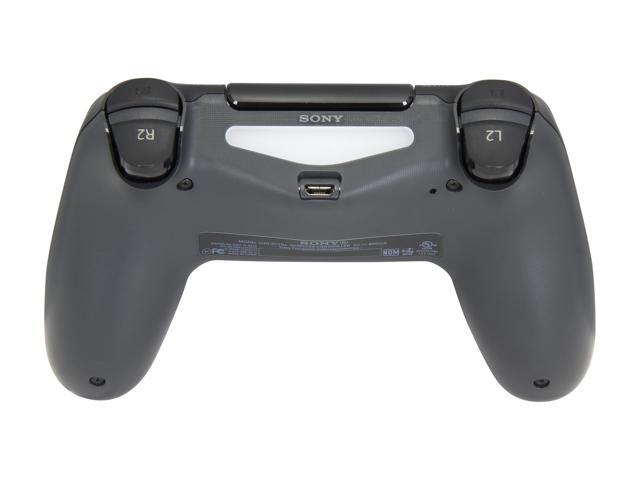 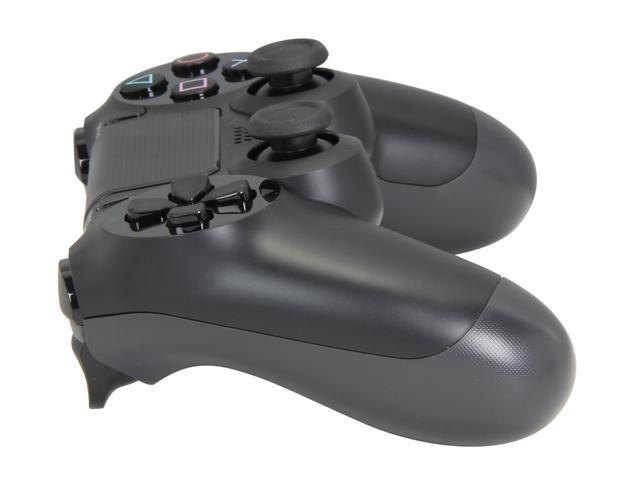 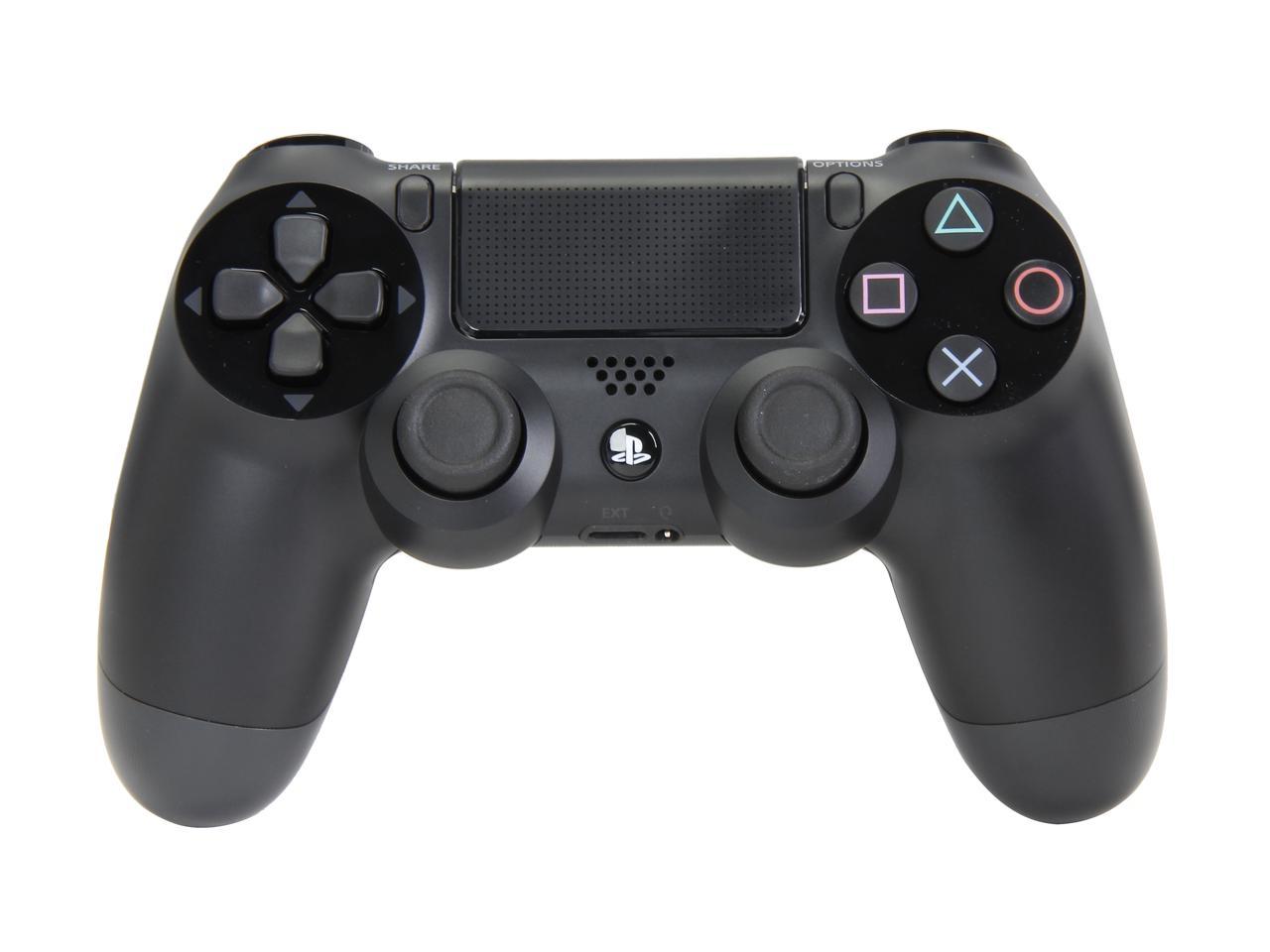 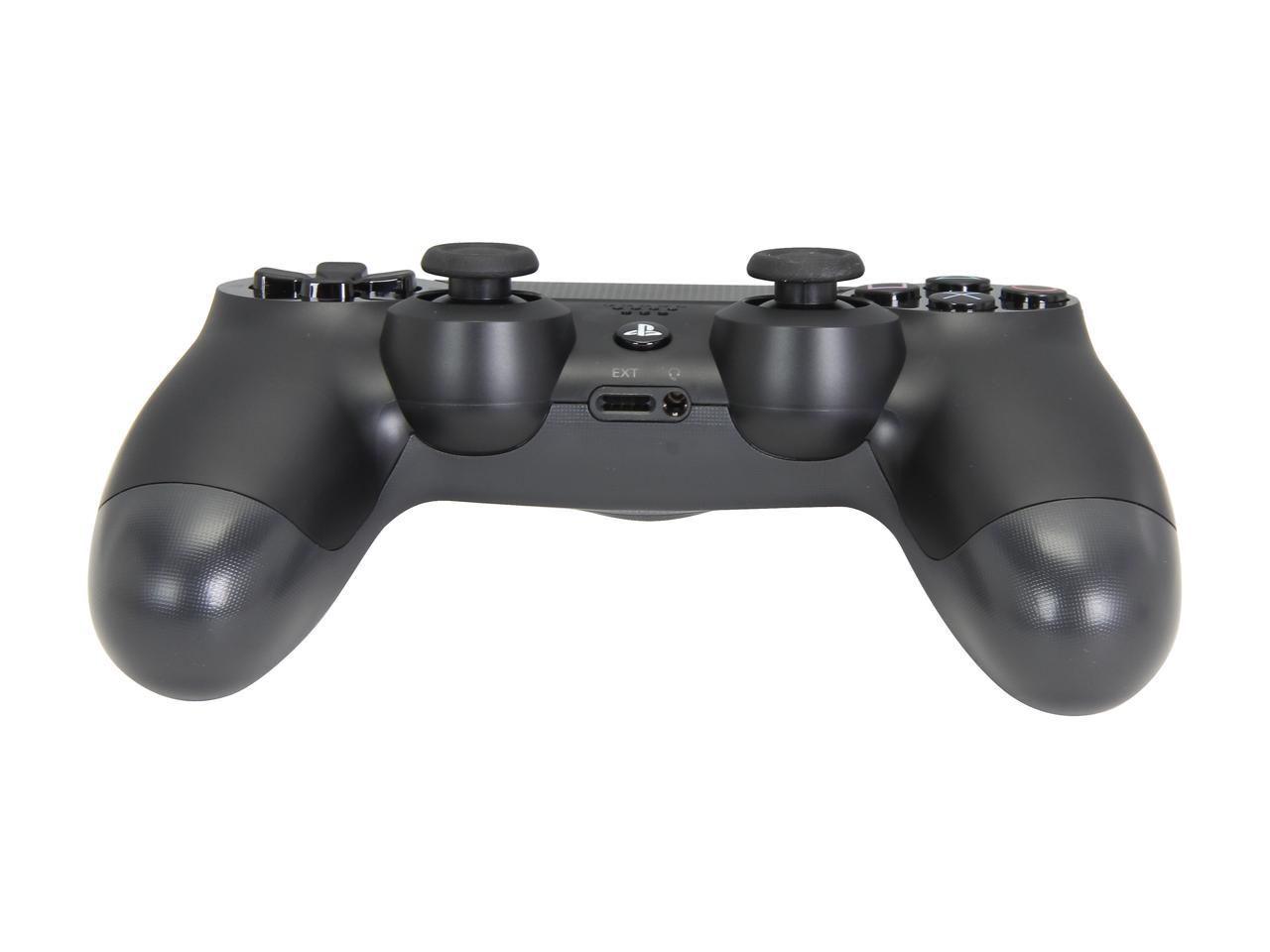 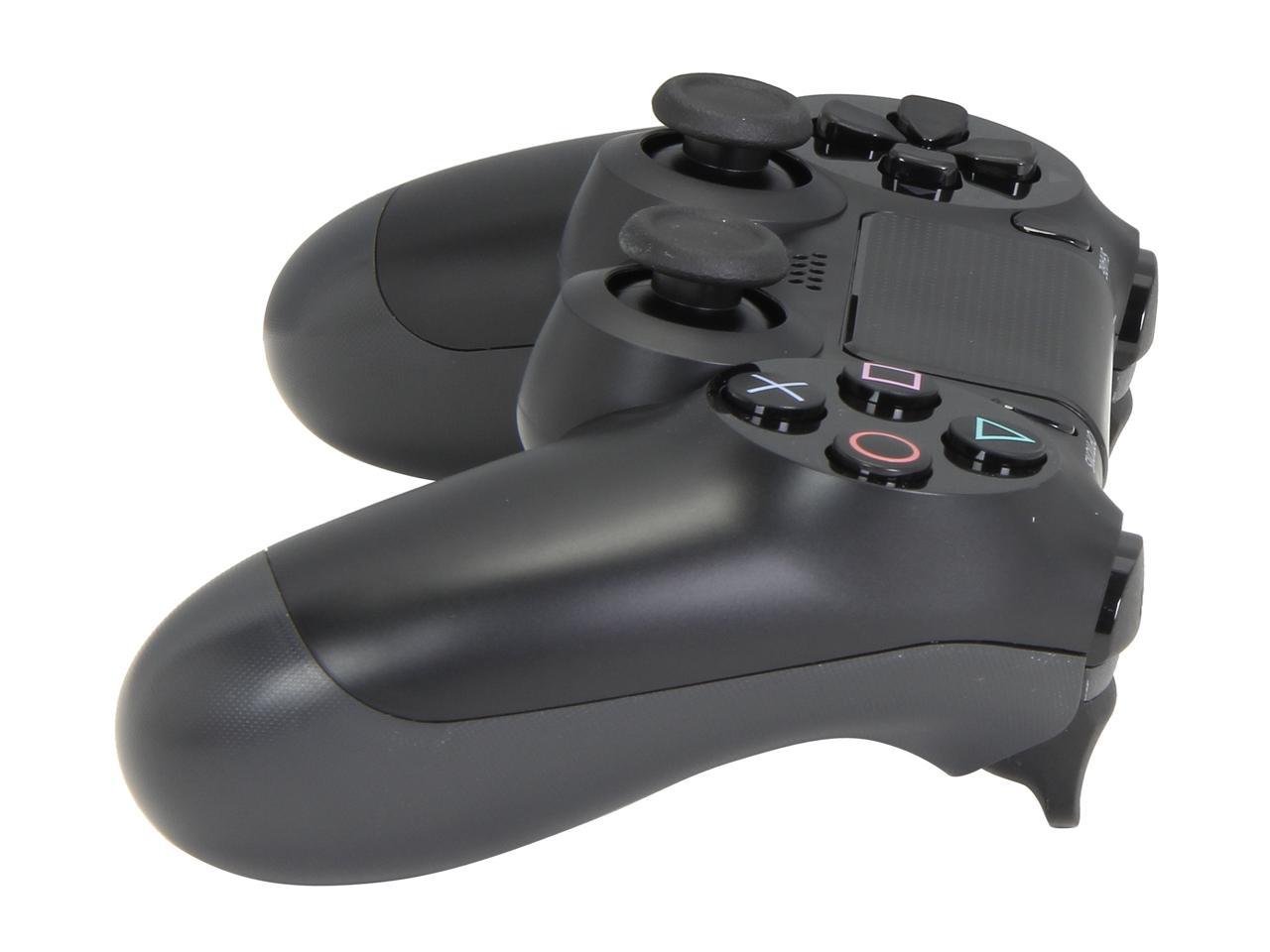 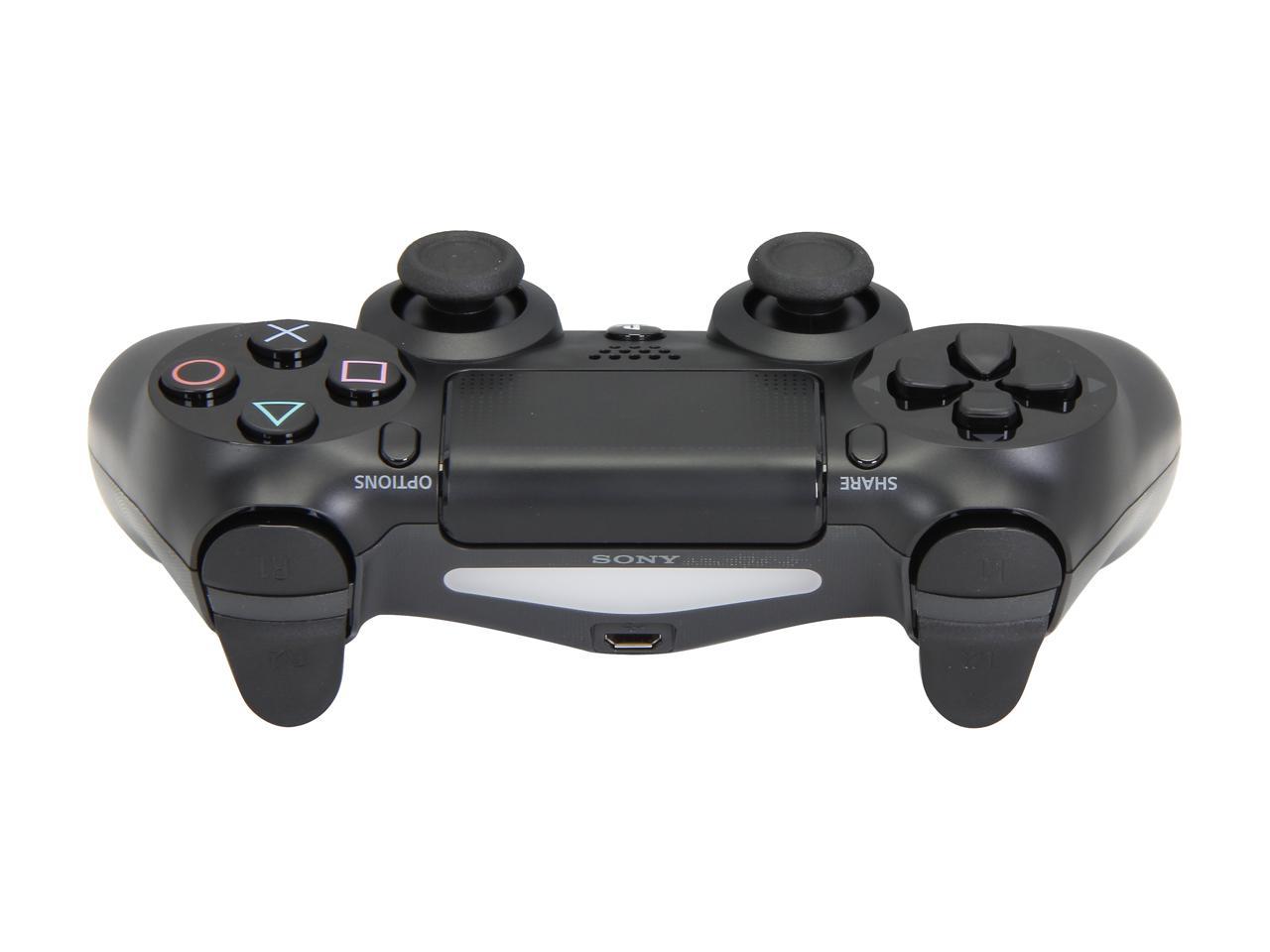 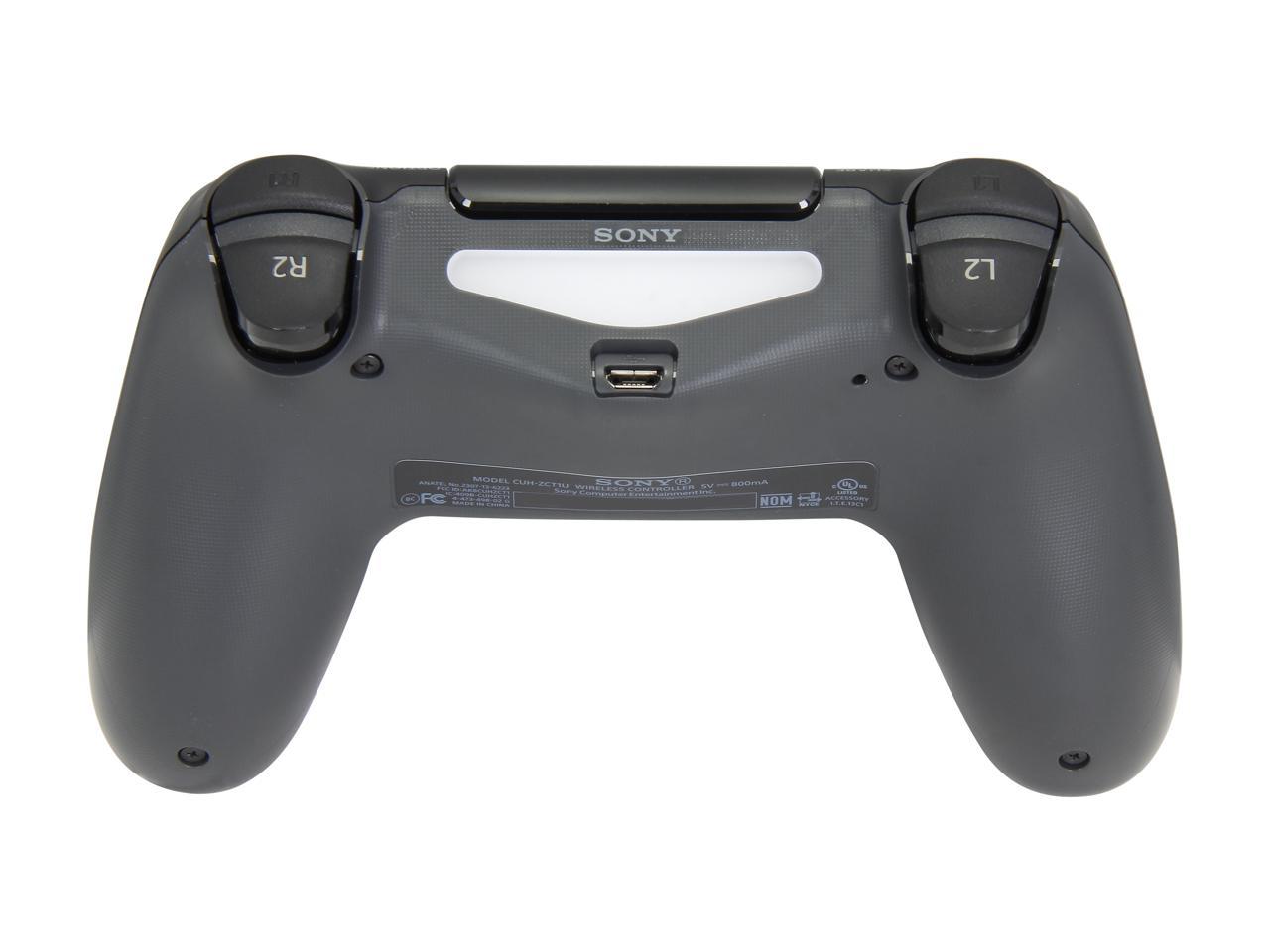 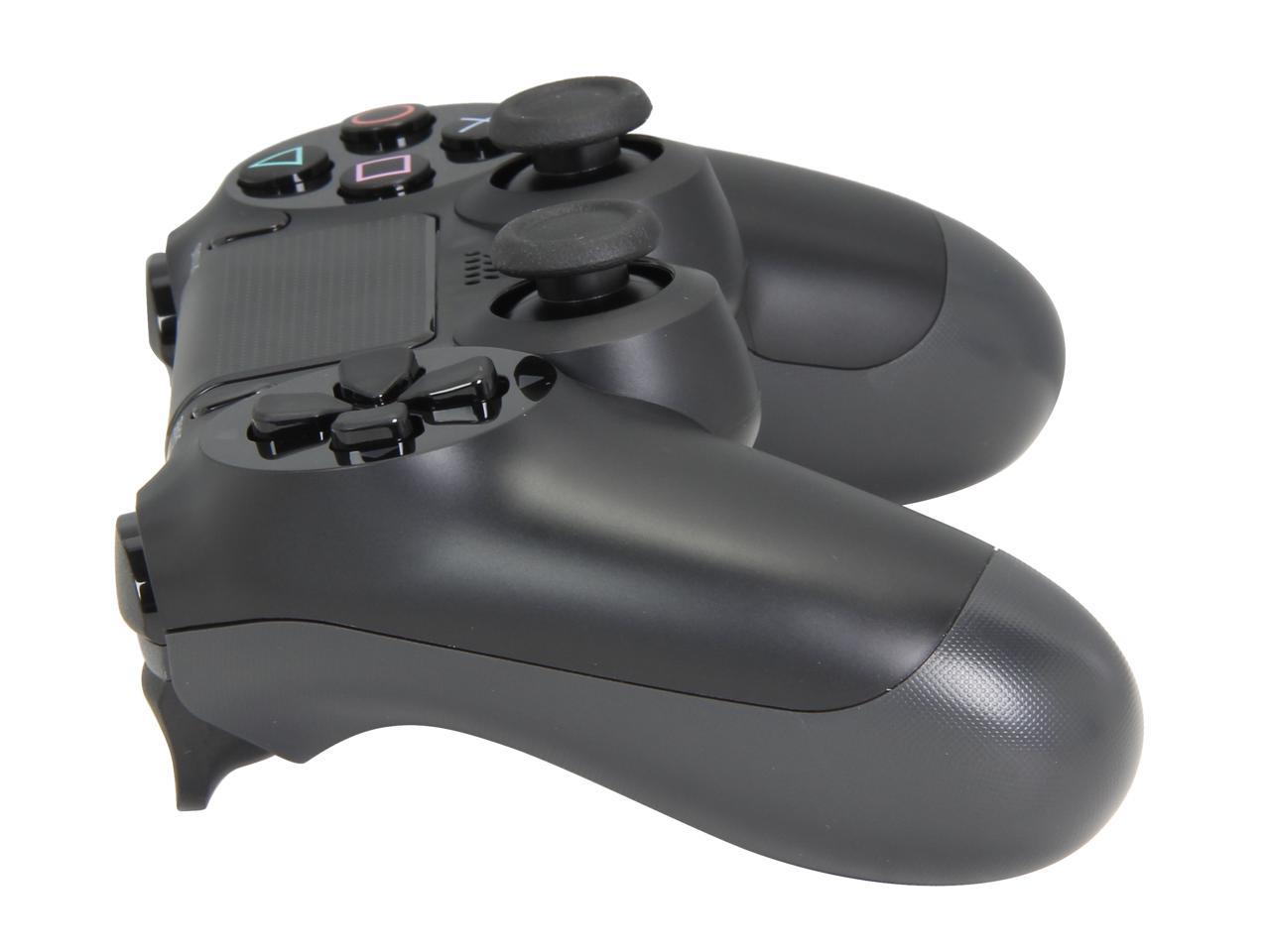 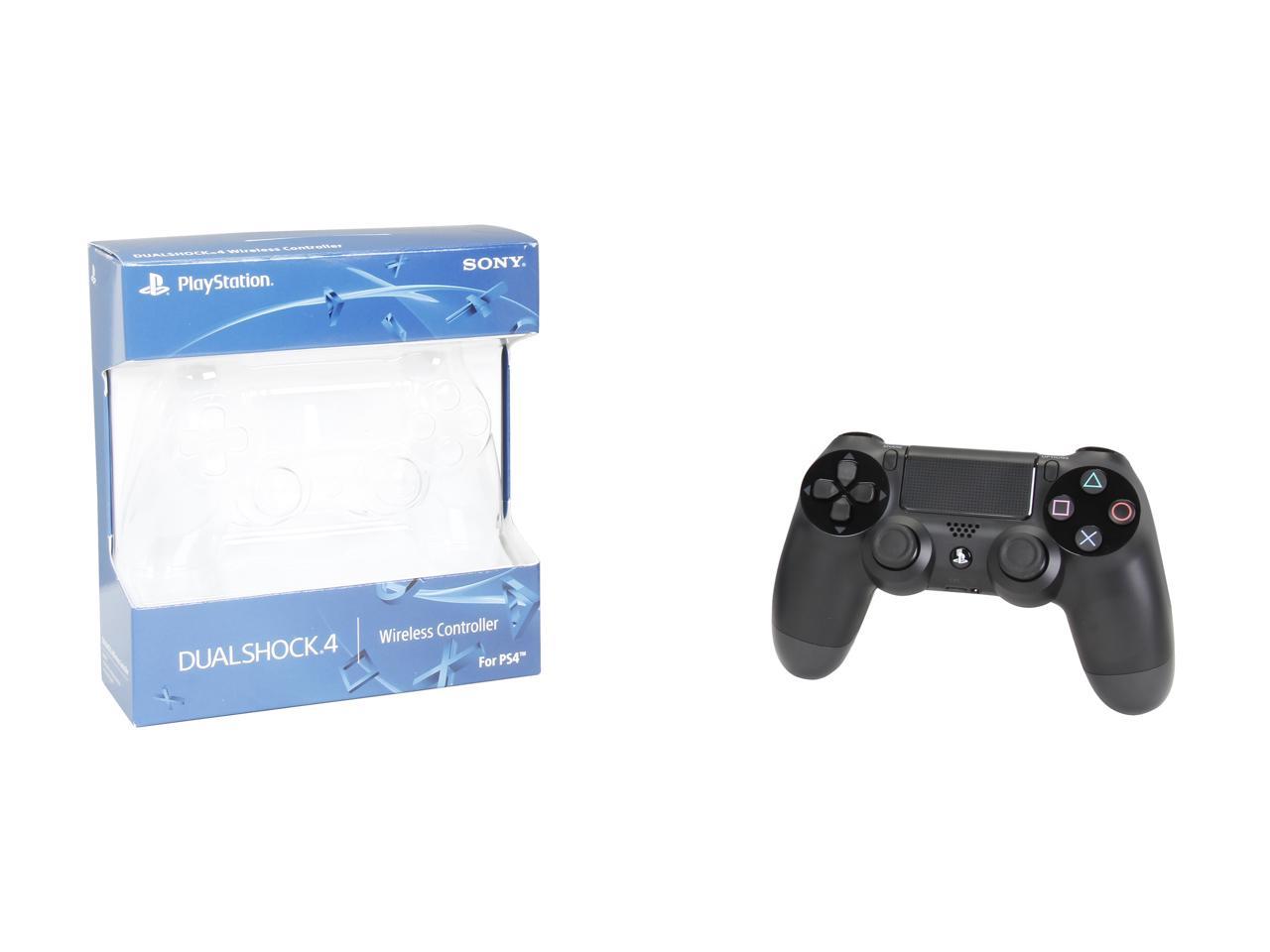 Pros: -Improved shape and grip, fits better in hands. -Feels more durable than DS3 -Much improved L2/R2 triggers, no slip, true analog, no accidental presses when setting controller down. -DPAD feels more defined and less mushy. -Face buttons aren't as mushy as DS3 -Analog sticks feel tighter and more responsive. No accidental L3/R3 clicks, and it's easier to press L3/R3 while stick is titled. -PS button is much easier to press. -Works natively on windows without drivers, pairs effortlessly over bluetooth too.

Cons: -Analog sticks may take some getting used to depending on your thumb grip. -The start/select buttons (Share/Options) are rather awkward to press, and require a lot of force. It's hard to press them repeatedly. -Unable to turn off the light. It can get annoying if you have a glossy monitor or other reflective surface in front of it. -Vibration and trackpad doesn't work on PC

Overall Review: The concave analog sticks can dig into your thumb a bit if you use the bottom and top of your thumb to push/pull the stick instead of pressing the tip of your thumb into the top like designed. This will probably require a change in your stick grip, but probably for the best. I also noticed the analog sticks are shorter, which gives you less torque, so they are a bit stiffer. Some may prefer this. I haven't tested on my PS3 yet, but I've tested on PC. Most games will work with x360ce or Xinput Wrapper, which makes the controller appear to be an xbox 360 gamepad. TIP: To pair on windows, hold the share+PS button to make the controller discoverable. Warning: May not pair with all bluetooth adapters, my cheap generic USB BT adapter I used with the DS3 wouldn't work, but my Asus one worked fine. This would be great if sony or someone else would write some drivers so the vibration and touchpad would actually function on PC. Overall I love the new shape but the select/start buttons are kind of a deal breaker. If we could turn the trackpad into select/start by pressing on the left or right side of it, it would be perfect!

Cons: The biggest problem with the controller is the analog sticks (plastic/rubber part, not mechanically). The sticks are too low, forcing your hand more forward and making claw gripping (with both index and ring fingers on R/L1 and R/L2) less comfortable. Also the harder rubber coating is less comfortable than the DS3's, and the shape of the sticks are for the tip of your thumb, which is also not as nice as the DS3's. The controller is barely supported on PS3 (I wouldn't recommend any get one just to use on a PS3); the PS button doesn't work, no rumble, and no wireless. A physical switch for the lightbar would've been nice, but not a big deal as you can turn it off on PC and it's only on while charging on PS3. The touchpad isn't that accurate.

Overall Review: The cons are pretty minor and/or subjective, and this is still the best controller I've owned. I also did replace the sticks with DS3 sticks, and I find it much more comfortable. If anyone else dislikes the stock sticks, and has a spare/broken older DualShock laying around, I'd recommend swapping them out.

Pros: - Heavier, more robust than the DualShock 3 - Touchpad is nice, has excellent future possibilities - Grips around the edges are excellent - Control sticks and trigger buttons are greatly improved! - Rechargeable

Overall Review: Massive upgrade from the DualShock 3 from the PS3. It's heavier, feels more substantial, and the touch pad is a very nice addition. I have Killzone and the touch pad already is used in the game. However, the light bar is too bright, so if you're playing in the dark it might distract your sleeping wife or cloud the screen graphics if you're playing close to the screen. I hope Sony gives the option to turn off the light bar in a future firmware update...as 90% of the time I will be playing alone at my PS4 and don't need the system to "recognize" which player I am.

Pros: Good controller, much better than the PS3 controller, solid quality, awesome thumbsticks. Connects to and works just fine with PC or PS3 via bluetooth

Cons: - Using with the PS3 or PC doesn't incorporate the use of the touch-pad or the built in speaker (obviously). - Pricey (not as bad as the XBOX One controller though)

Cons: Battery life is a bit low for the price of controller. Price of this controller is also a bit high for my tastes...

Overall Review: I bought this controller to pair with my 55" J6300 Samsung Smart-TV- to use with the PlayStation Now game streaming service. This controller works great but I found pairing this controller to the TV was a hassle as there was no real information on how to properly do this. I had to research online and finally got it to pair correctly (pressing two bottons at same time for 10 seconds) using bluetooth technology. The battery life is about half of what I can get out of the Wii U Pro controller. I spend just as much time charging this thing as I do playing with it so -1 egg for that weakness...

Pros: I absolutely love the PS4 controller. I have 3 now. I use it for the PS4 and for PC. I used to use xbox controllers for PC but not after trying this guy out.

Cons: Battery life seems pretty weak, but if you disable the LED and/or turn off the internal speaker, it helps quite a bit.

Pros: It's a PS4 controller

Cons: Product never worked. Would not charge, pair with PS4 or work when plugged directly into the console.

Pros: Feels nice, no problems with buttons or bumpers A different feel of the analog textures, i guess their surface depends on who manufactures the controller.