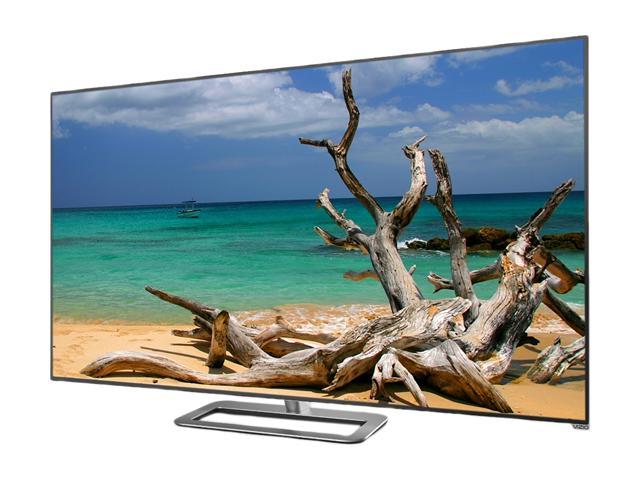 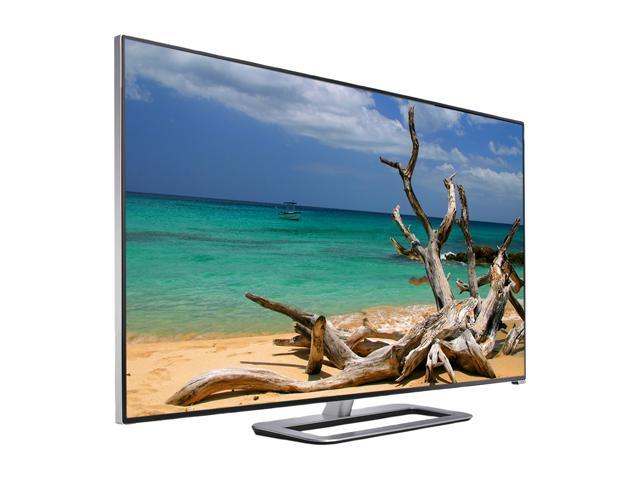 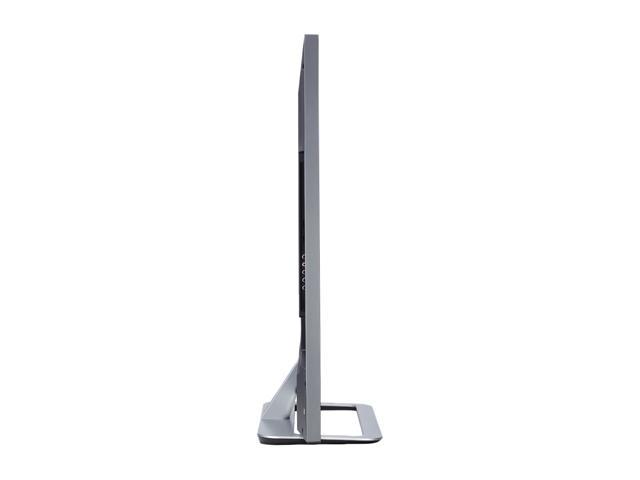 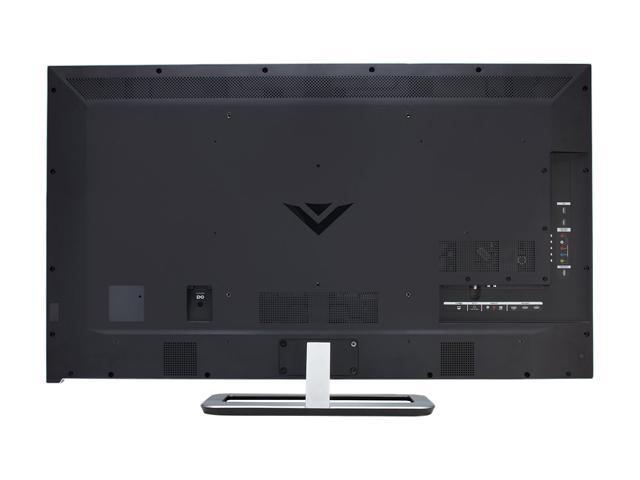 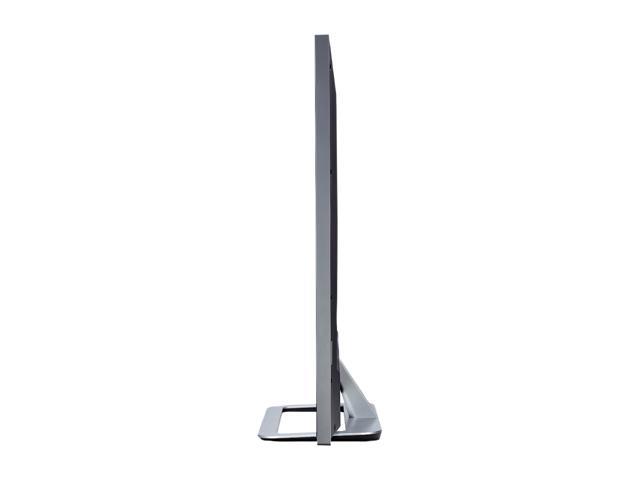 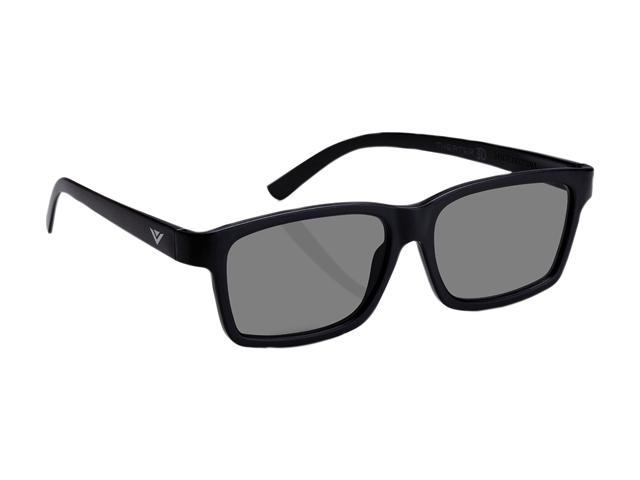 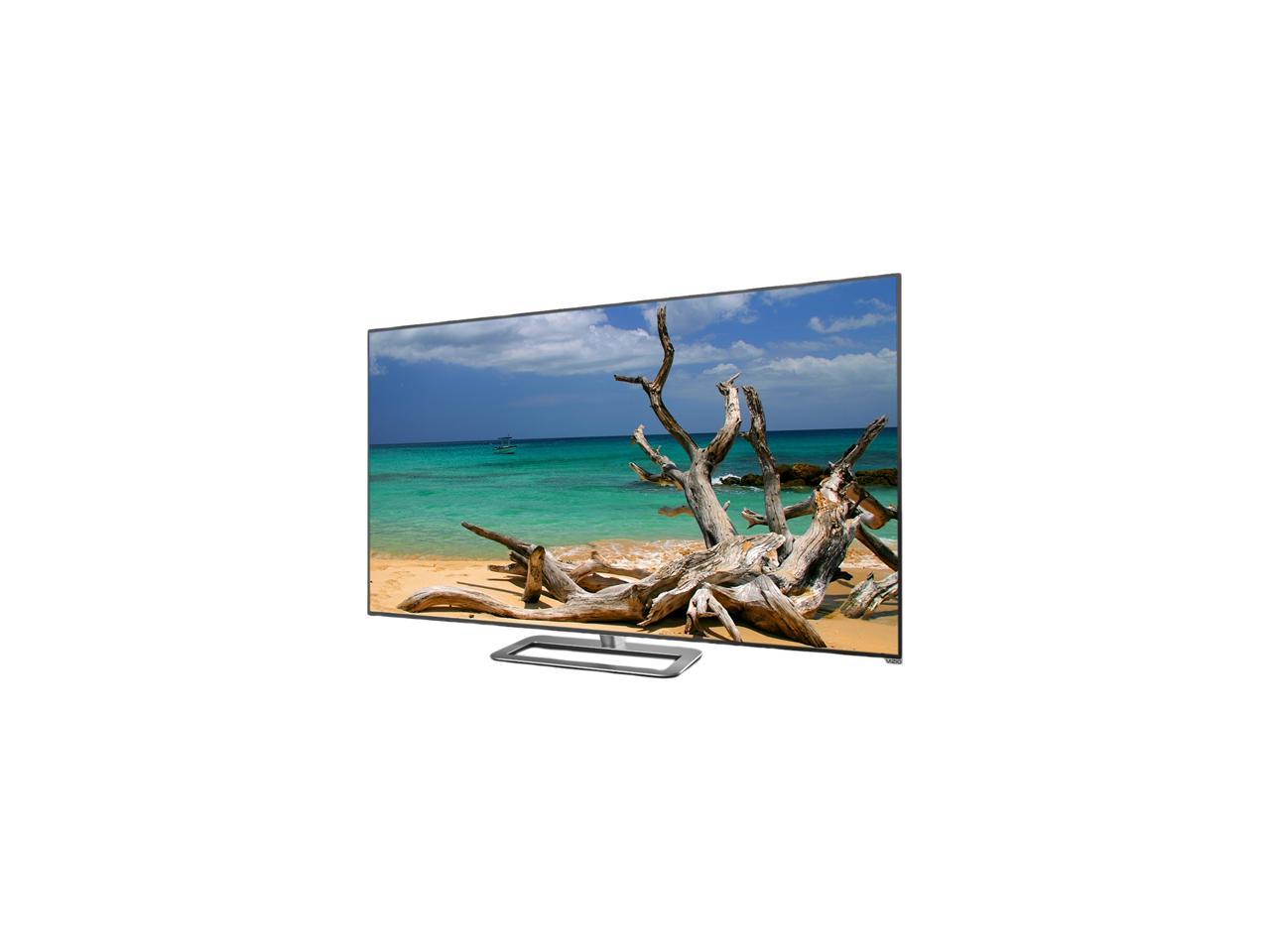 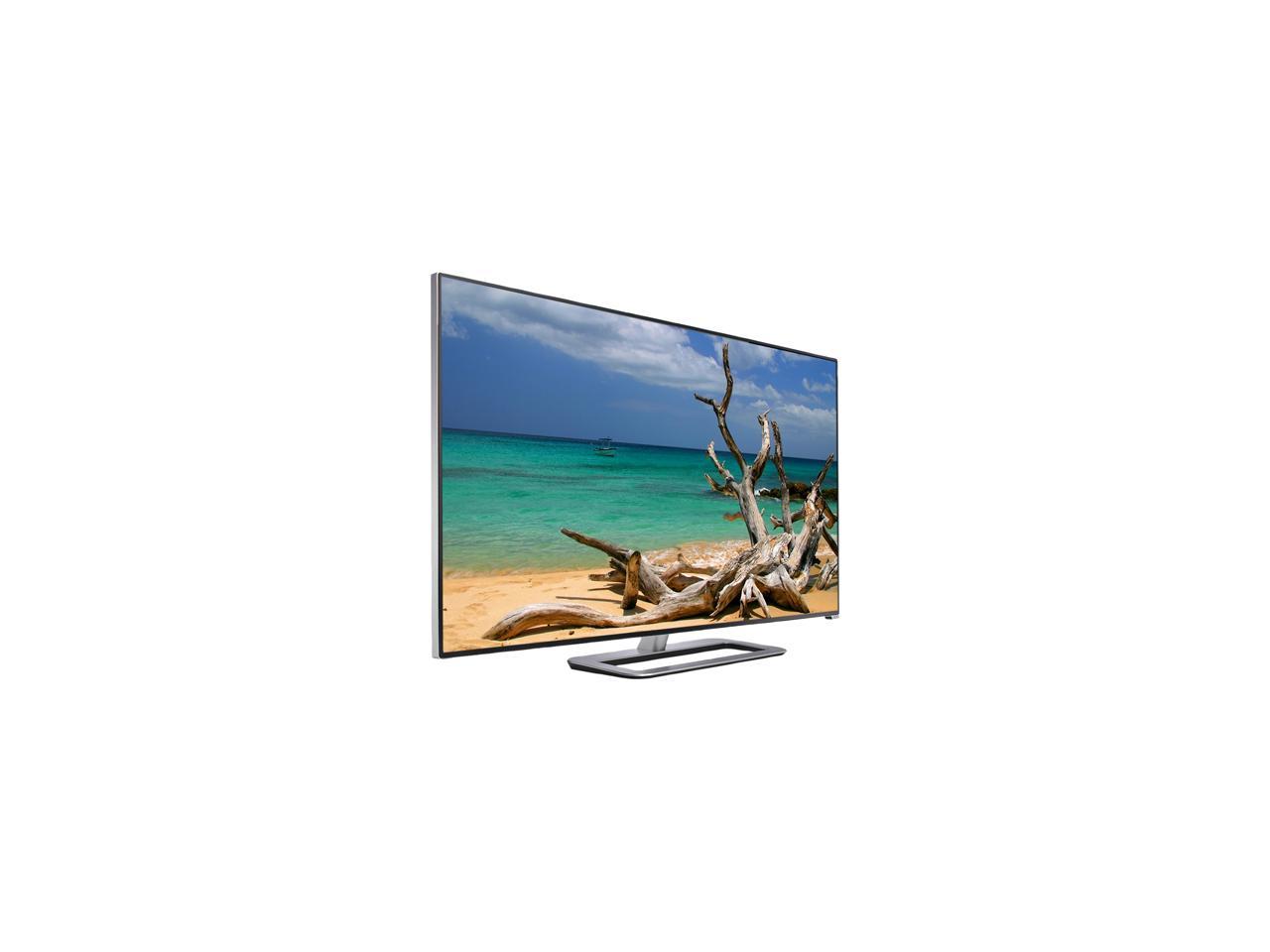 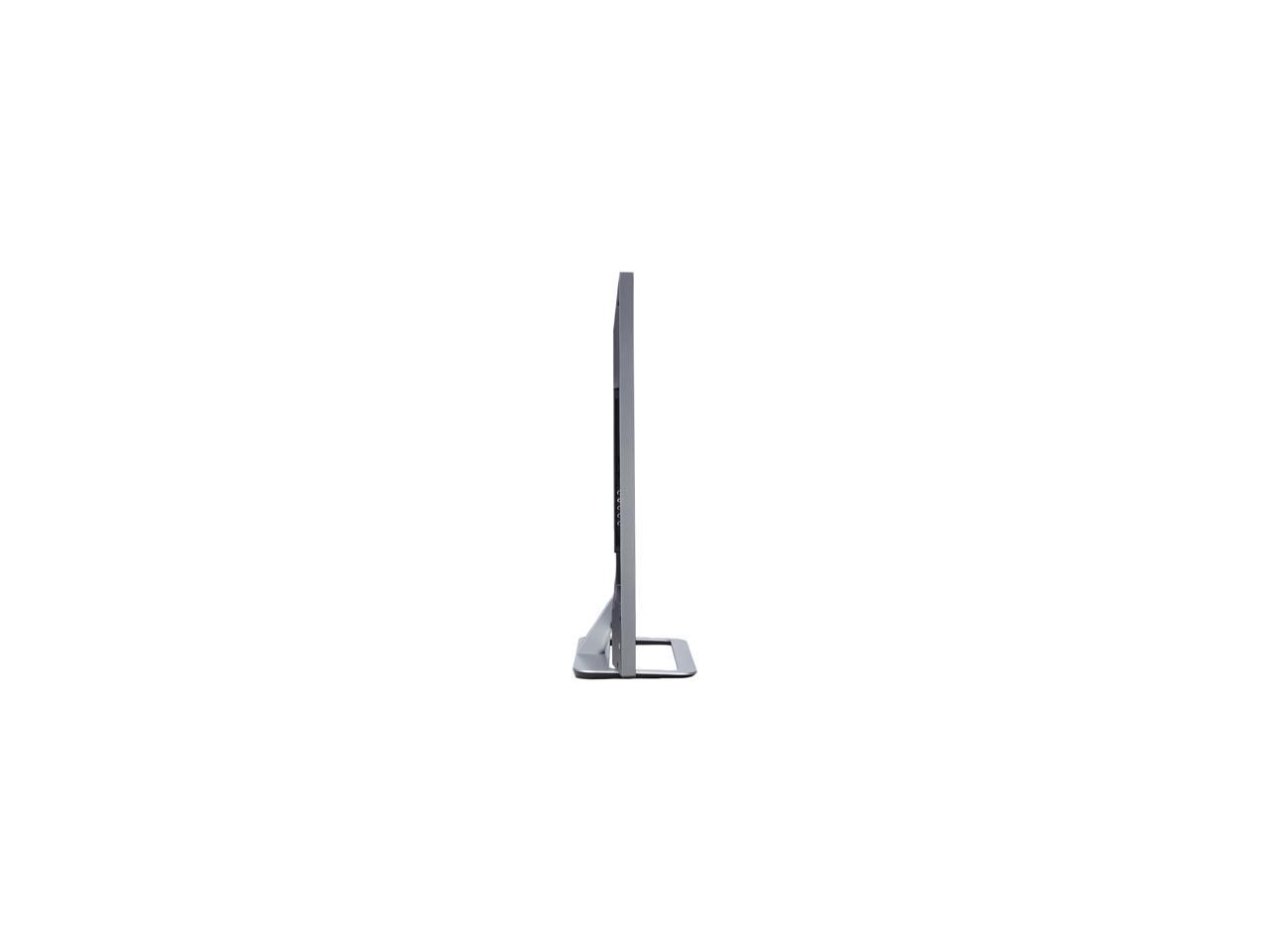 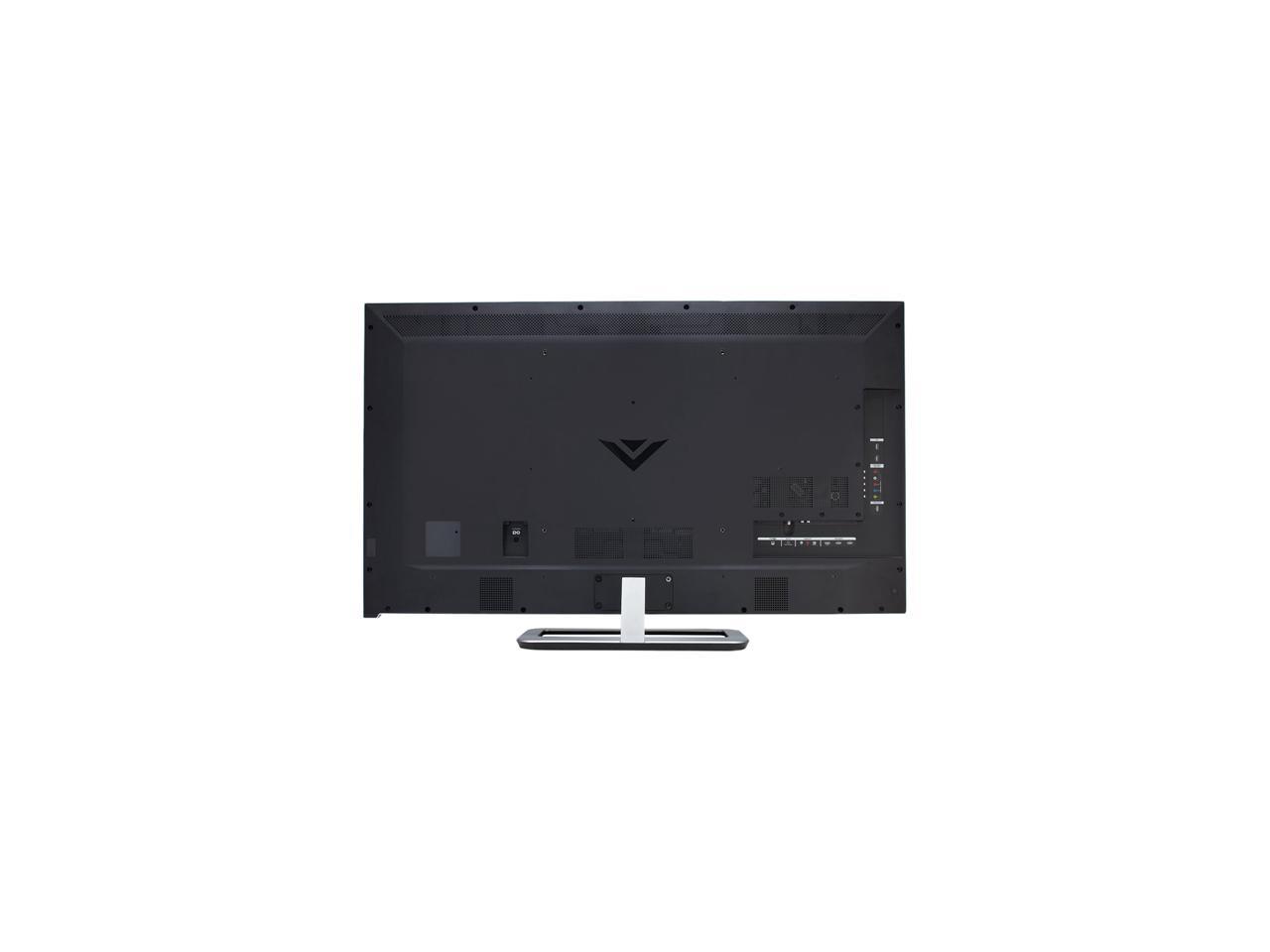 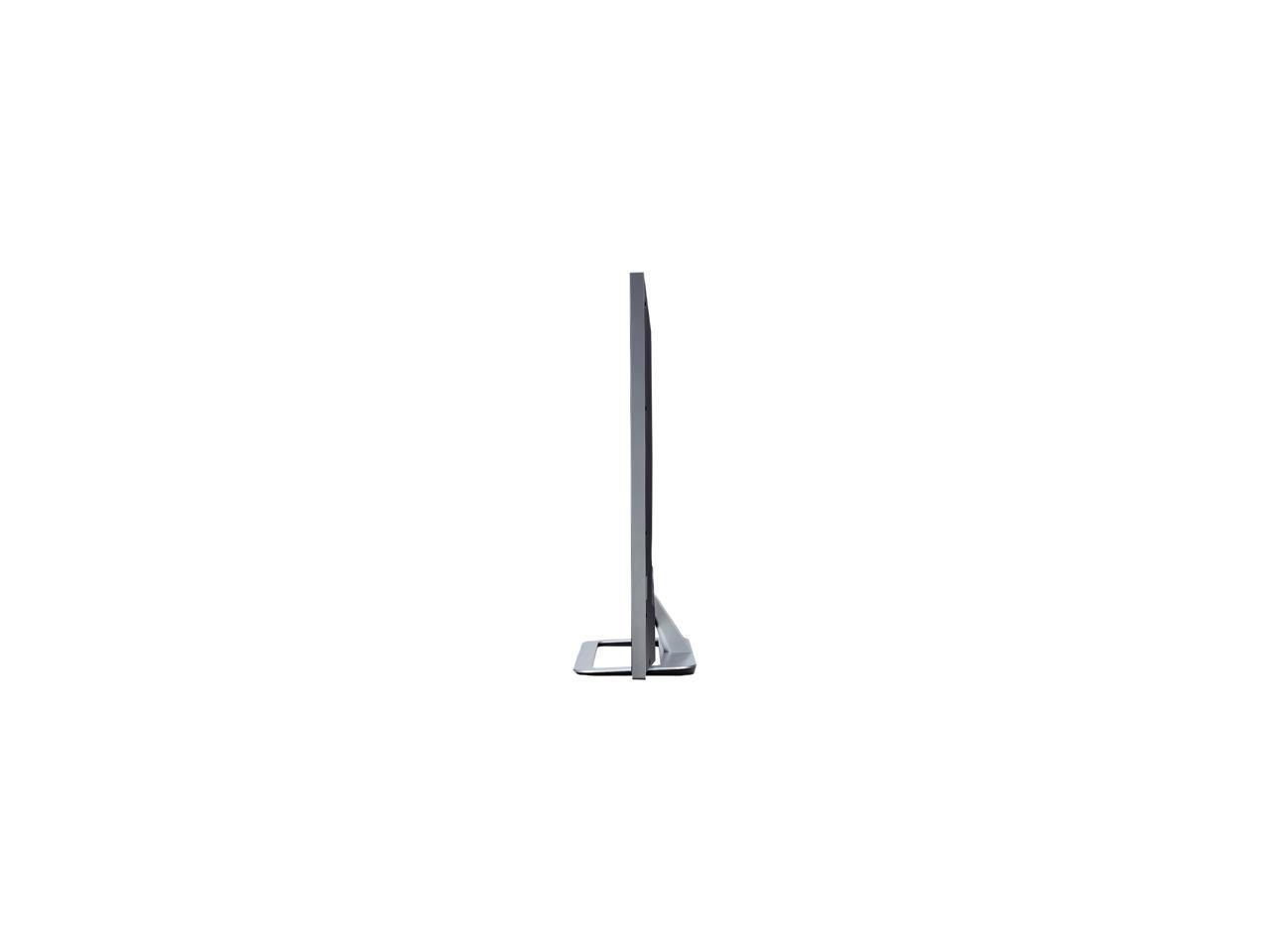 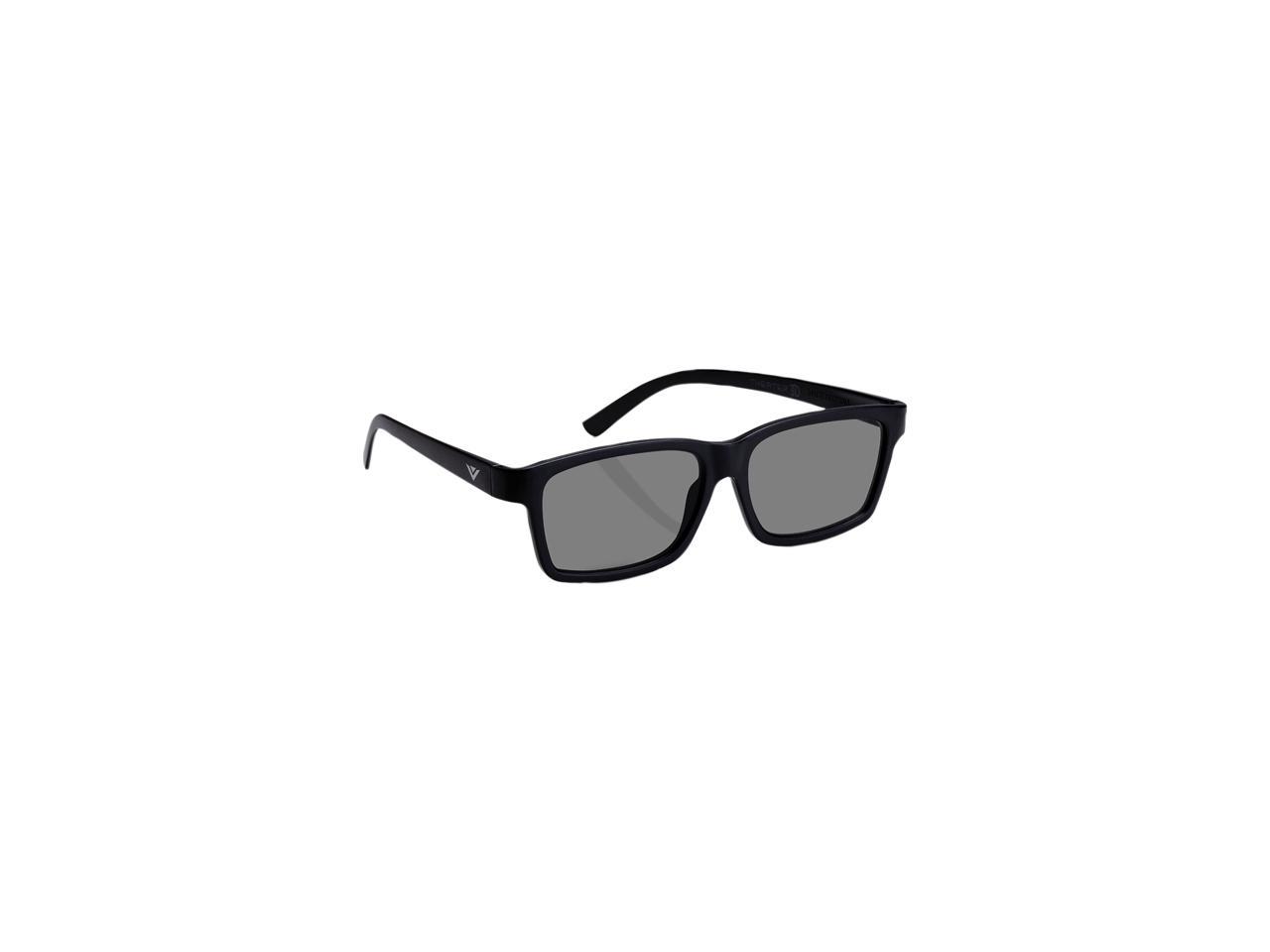 This means the product was tested and repaired as required to meet the standards of the refurbisher, which may or may not be the original manufacturer. Any exceptions to the condition of the item outside the manufacturer’s information should be provided in the listing, up to and including warranty details.
(9) Write a Review
OUT OF STOCK.
Overview
Specs
Reviews Hundreds of apps. Millions of users.

The all-new VIZIO Internet Apps Plus™ is now easier to use than ever. Its newly expanded apps library is your gateway to a virtually limitless world of the best streaming content, from hit movies and TV shows to music and more, while an updated user interface features full-screen searching* to make the most ingenious Smart TV platform intuitively simple.

More Apps Than Ever
A newly expanded apps library adds to an already unrivaled selection. Sleek new design features make the Wi-Fi Universal Backlit Smart Remote as attractive and efficient as it is practical. Its enhanced backlighting is ideal for nighttime viewing, while its V-Key and Quick Launch Smart TV keys offer one-touch access to all your favorite movies, TV shows and more. Razor LED™
For brilliant picture quality, vibrant colors and energy savings, all in an ultra-thin design. 3D Glasses
With up to 8 lightweight, battery-free glasses included, your whole family can enjoy 3D viewing in comfort and style.

Learn more about the VIZIO M551D-A2

Cons: Sound goes out randomly, does not work again until television is turned off and back on.

Overall Review: I would be mostly pretty pleased with this television except for the fact that several times a day the sound stops working, and does not work again until the television is turned off and back on again. It doesn't matter if we try to change the volume, mute/unmute it, change the channel, the sound just flat-out stops working. That is a pretty critical problem for a television to have, but it is compounded by the fact that it happens at least three times per day.

Pros: For refurbished tv, the resolutions are outstanding. I have not had to adjust any settings right out of the box. I don't know why it is refurbished. I am not sure if all Vizio tv are just great products now. This is my first Vizio tv.

Cons: I received tv on Friday, turn it on, and the remote controller does not work. Saturday, I called Newegg. The rep gave me some steps to try to reset the remote, but that did not work. So she suggest I buy a new one on e bay. On Sunday, I purchased a new one, and received it on Wed. The new remote worked. I scanned the channels, and pictures are great. Next, I connected my wireless on the tv, but the internet apps would not work or load. So on Thursday, I connected the ethernet cable, but the internet apps still would not load. So on Friday, I tried the wireless connection again, and the internet apps started working.

Overall Review: I don't know why they shipped a remote that did not worked. But Newegg gave me a credit for the new remote I bought on e bay. I was afraid that the new remote would not work and that I would have to ship the tv back, which I did not want to do, because it would be such a big hassle to put it back into box and ship it. Be aware if this is what you have to do when buying a refurbished large screen tv.

Pros: Amazing picture, good sound, lots of HDMI inputs (4), loads of built in apps that function better than on a fire stick and you can load your own (plex never looked so good)

Cons: It isn't free, doesn't make me coffee in the morning, and the 3d doesn't let me actually touch what's in the picture.

Overall Review: Oh My Goodness did I get a good deal on this TV. I've never been so impressed with an electronic purchase. This is by far the best money I've ever spent on a video device. I couldn't be happier. Good Job Vizio team!

Pros: Thin, Great picture, Lots of inputs/outputs, Easy to use right out of box.

Overall Review: I was a bit skeptical to buy a refurbished TV, but once I unpacked, set this baby up, and turned it on I was completely glad I bought it! The picture is amazing, especially with the 240hz refresh rate! The picture is so clear and crisp. I have no regrets as of right now with this TV! The base was a bit scratched up, but does not interrupt my love for this TV. Also I read reviews complaining about the remote, but for me it worked perfectly out of box and the reception is great for it!

Pros: Everything works Great, Looks brand new and is well worth the price you will pay here

Overall Review: I would buy this again and again...

Pros: I have owned it for 3 or 4 months now, this is my second review. My refurbished Vizio M Series is still going strong, with a more than beautiful picture!!!! I use it everyday! No issues, wifi signal is strong! I have been using the house accross the streets WiFi, that is 100 yards away, and accross the street, and i stream movies at 1.25 to 3.20 True MB per second, even 1080P 3D STREAMS PERFECTLY!! "With permission to use wifi" Please read below. Other thoughts

Cons: This is a awesome TV, and it is the best you can get for the price! Based on research and reviews, Cnet said you need to spend it least $1600 on a plasma to get a better picture quality than this LED Vizio TV. That means other tv's in the same price bracket, and much more expensive tv's cannot produce a picture as good as this vizio can. I was worried to buy refurbished at first but, dont be! It will work fine! Trust me! I thought the same thing!

Cons: Speakers are pretty garbage but technically do transmit sound to your ears and it is audible after some tweaking, and the remote is a bit unresponsive or sluggish at times. It was annoying during setup but since then it seems to have gotten better. Perhaps I'm just adjusted to the slight delay needed when using it. It doesn't respond quick enough for rapid button pressing.

Overall Review: Huge TV and a really good deal. Had to grab this as the new M-Series won't have 3D and I don't see the need to wait for a P-Series right now. Give it a few more years for true 4k content to be more readily available. Slight issue with SBS 3d streaming via Plex, but I believe that is on Plex's end as a direct play via VLC and my computer works just fine. If I get the DLNA streaming directly via the TV working I'll be super set.

Cons: Wifi connectivity can be a royal pain; response to remote is touch-and-go; apparently the HDMI audio has a tendency to go FR too easily and whenever it feels like it; remote is very difficult to close with batteries inserted; Yahoo! apps; remote isn't qwerty keyboard style, but many things on the TV are designed to be able to take advantage of it, which leaves users hanging a bit and frustrated.

Overall Review: I had to RMA 2 of these before I got one that's (so far) working very well. The 1st one had issues with the WiFi connecting but refusing to allow a signal to go in/out, which cut off app access. It also had issues where the HDMI audio would suddenly become extremely delayed and sound as if one were drunk and under water (my best description). The second one had great WiFi, but the audio issue was still there and after a few days some of the remote's buttons stopped working. Lucky #3 has been good to us so far, and I hope it never has any issues to be fixed. There has been so much headache caused by these things, thankfully Newegg support is awesome and they helped me out quite a bit. I also don't recommend using a Roku device, connected via HDMI, with this model/series, as they seem to easily aggravates the HDMI audio issue I mentioned. If you have a media device which will randomly freeze up/restart/turn off, do NOT use it with this TV set/series on the HDMI port. This shouldn't even be any sort of issue in the first place, but I guess Vizio didn't care to protect the TV from any possible disruptions of any sort. Many devices are FCC regulated to allow such interferences, however, so this may be the FCC's fault, not Vizio's. While it's true that no media device should have such issues themselves anyway, the fact remains that many do, and as a result, careful consideration is to be made.