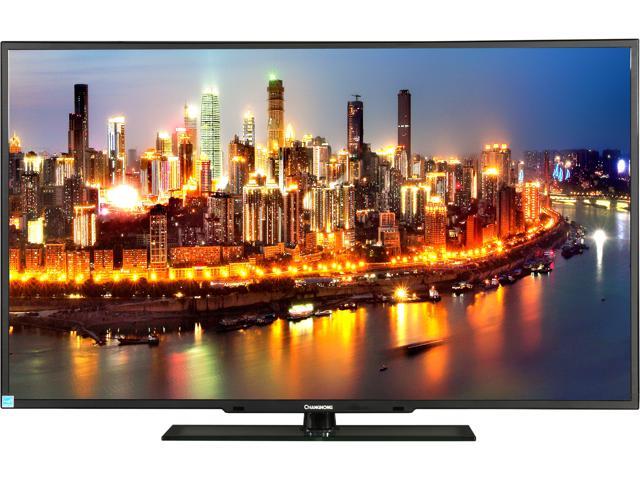 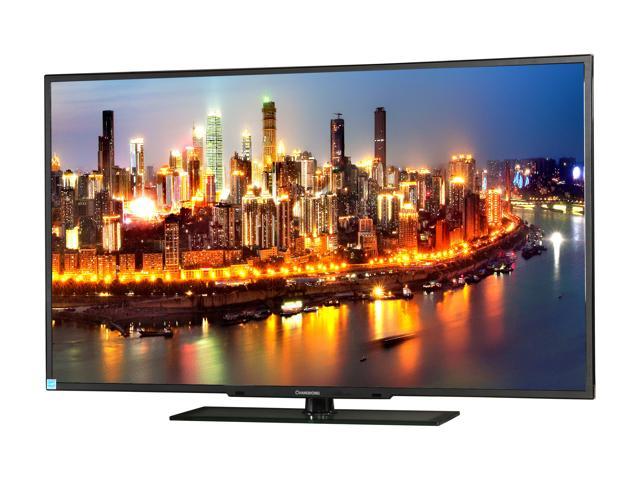 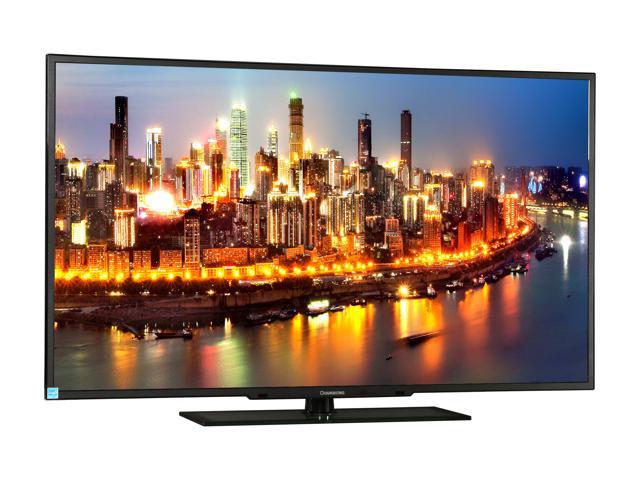 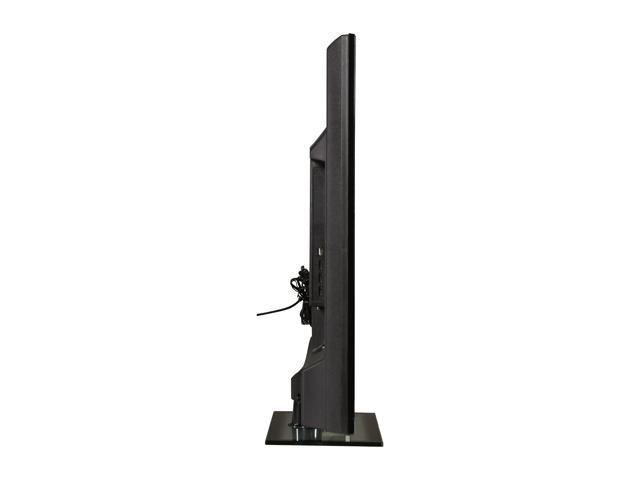 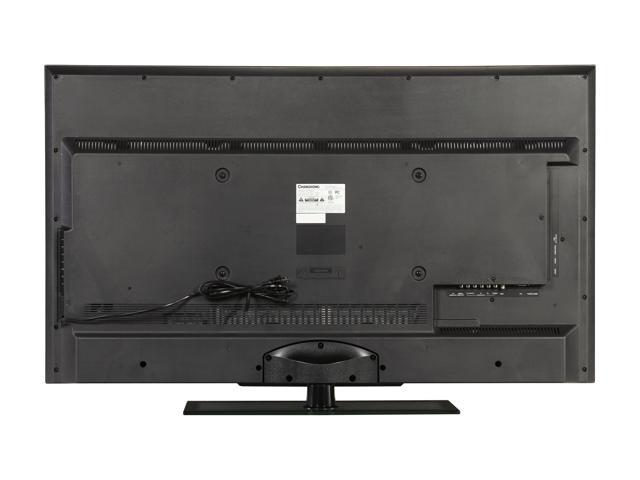 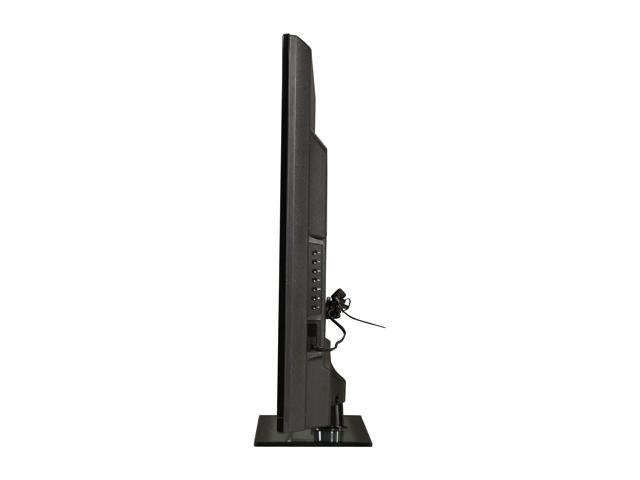 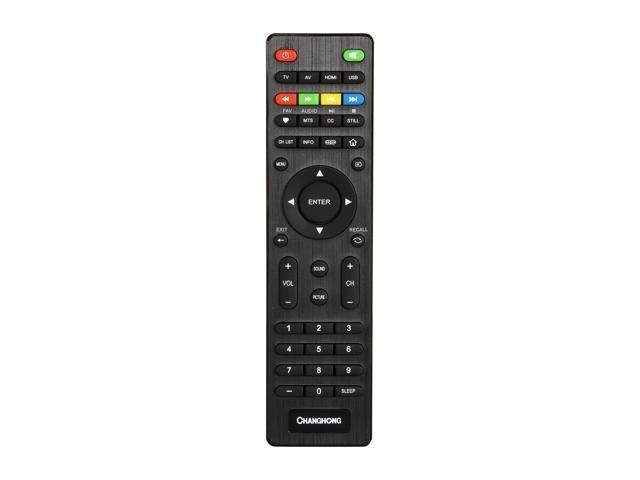 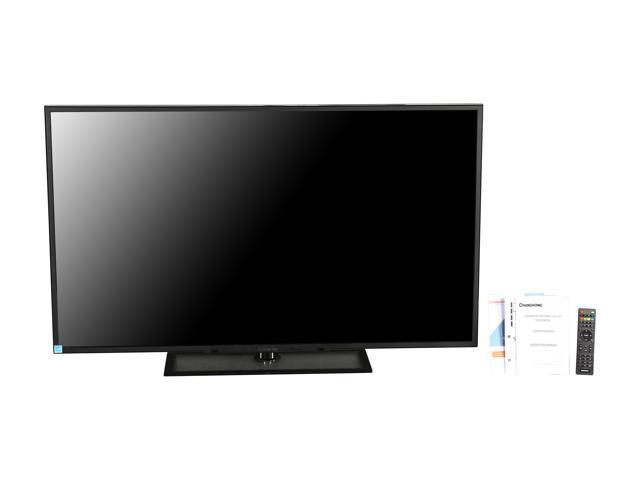 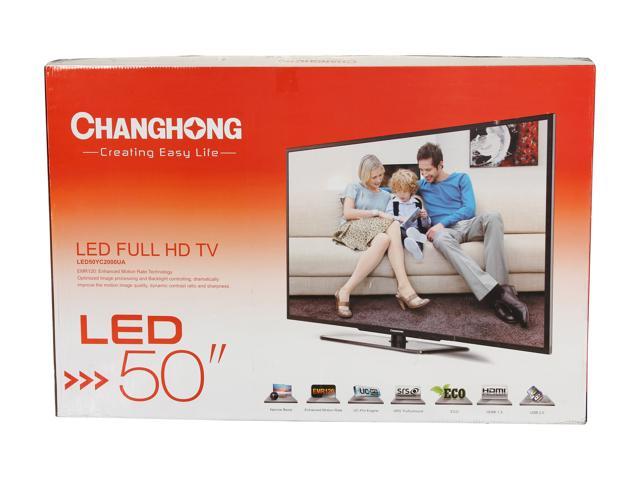 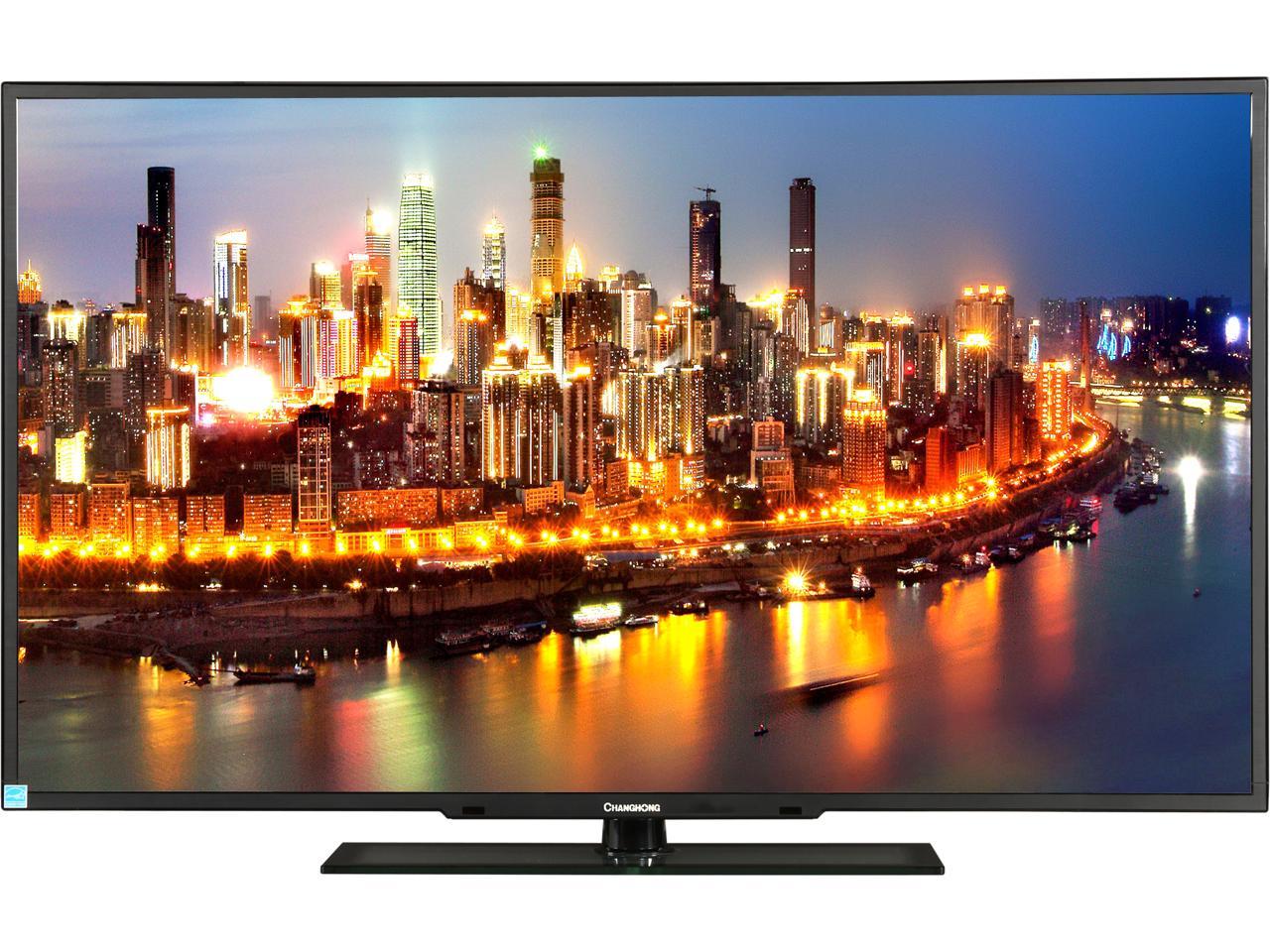 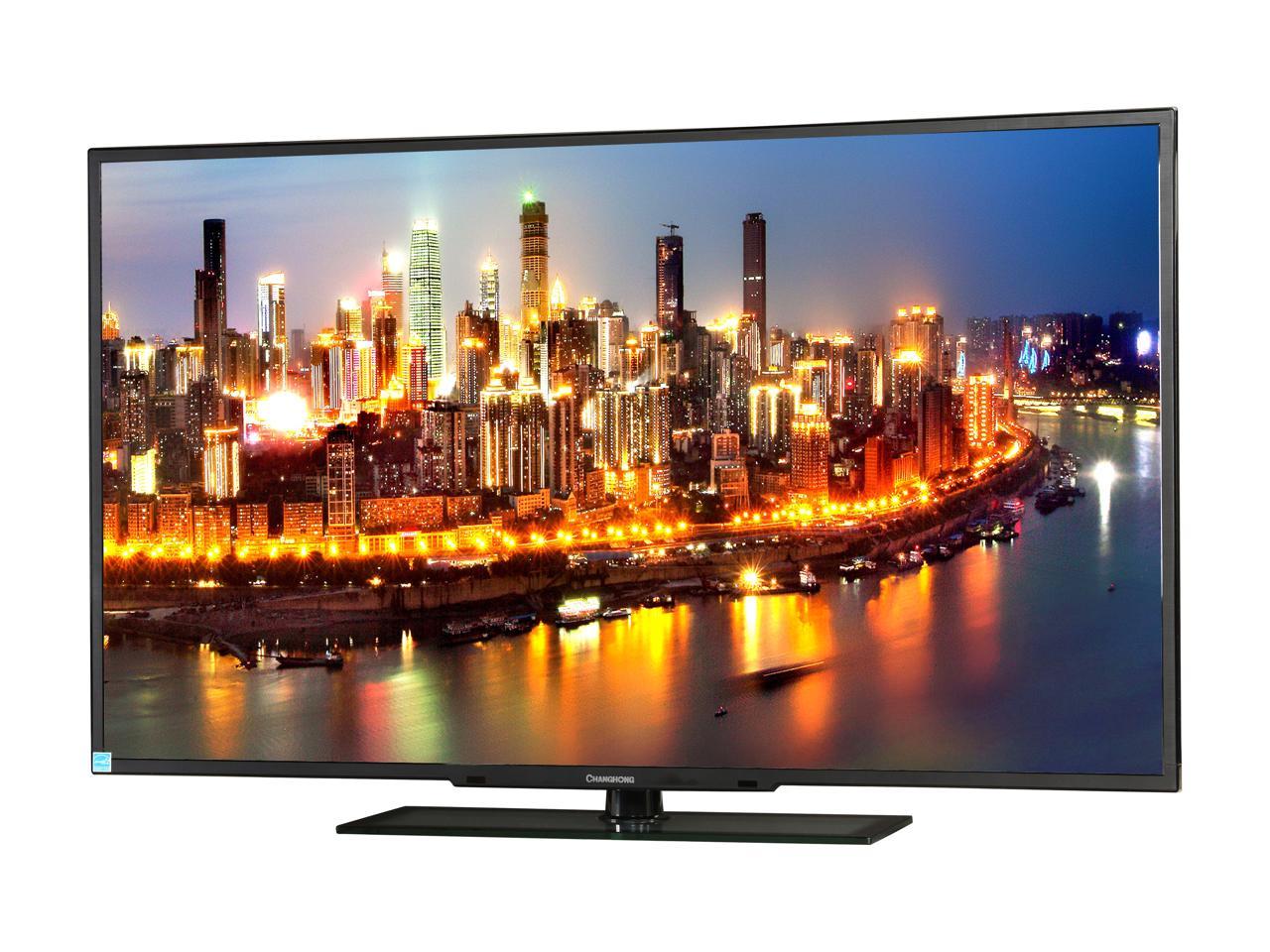 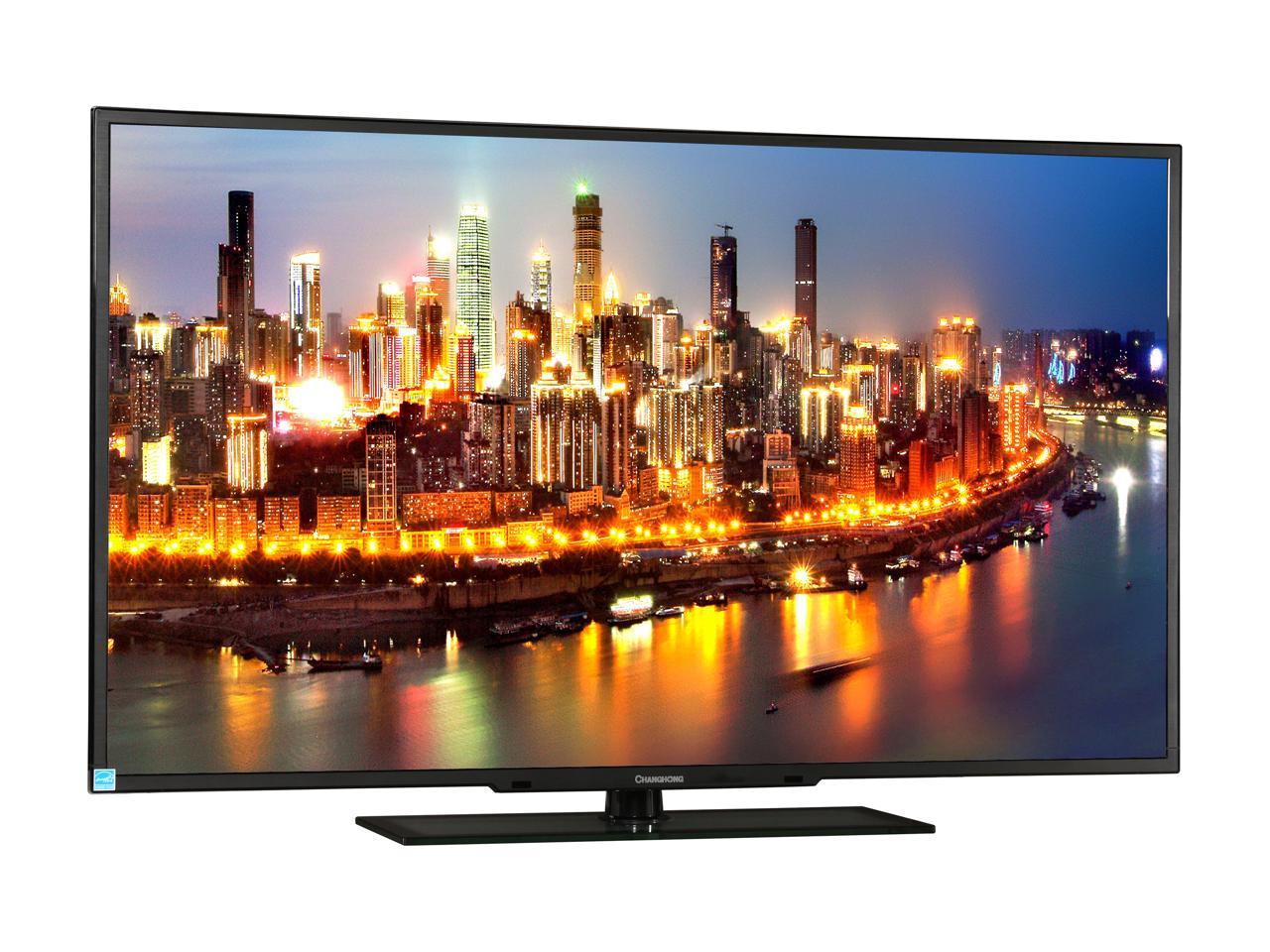 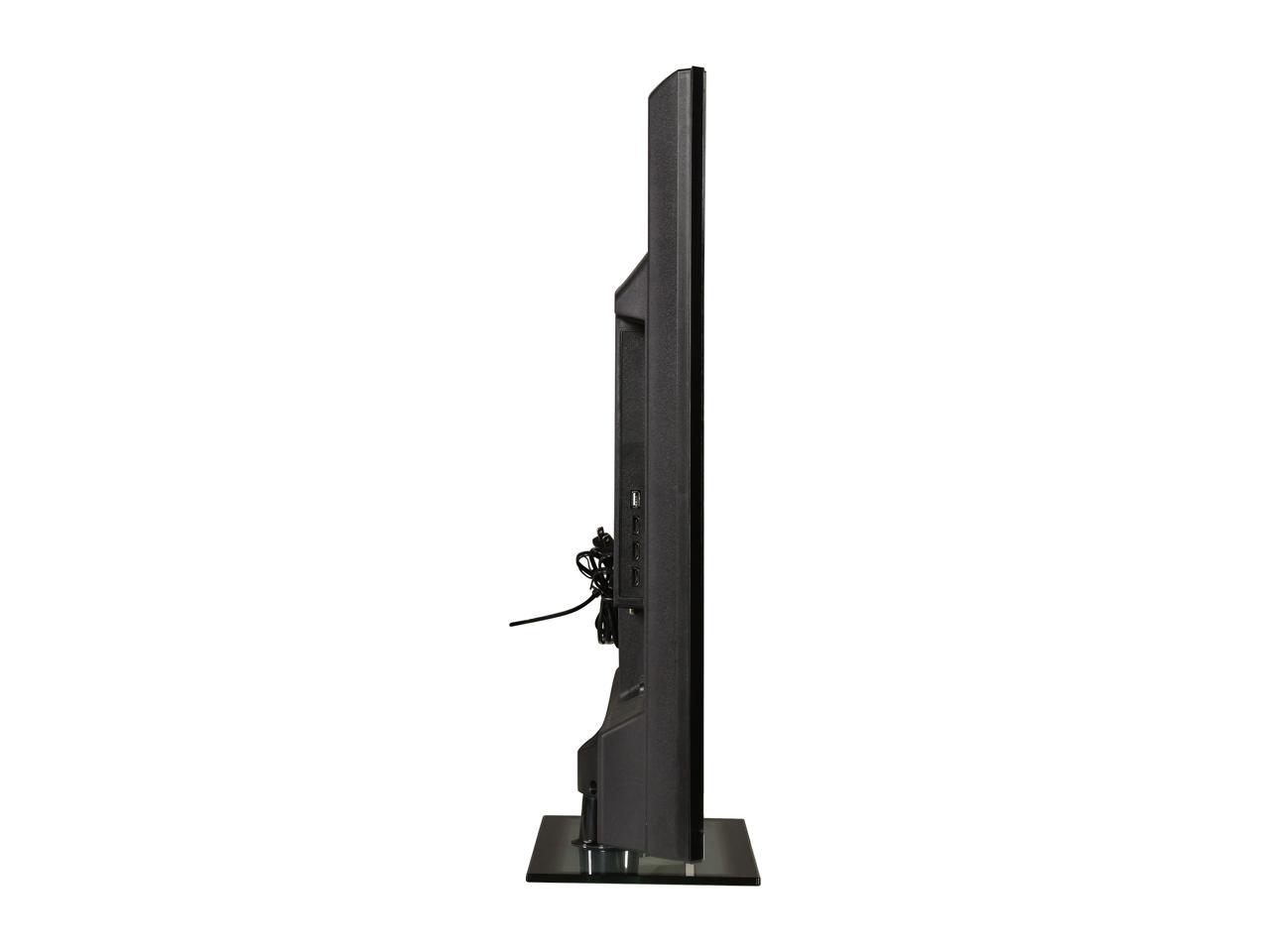 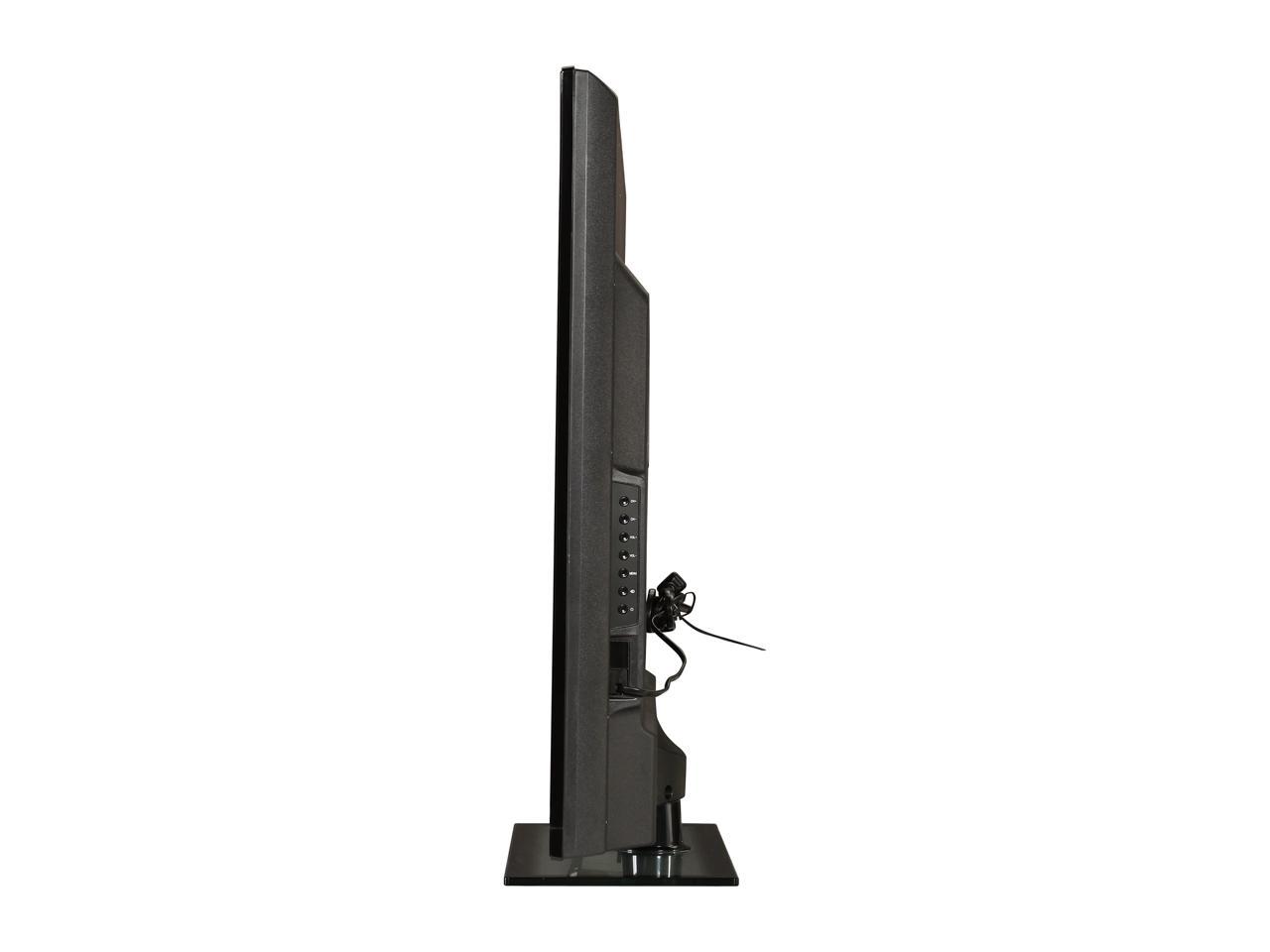 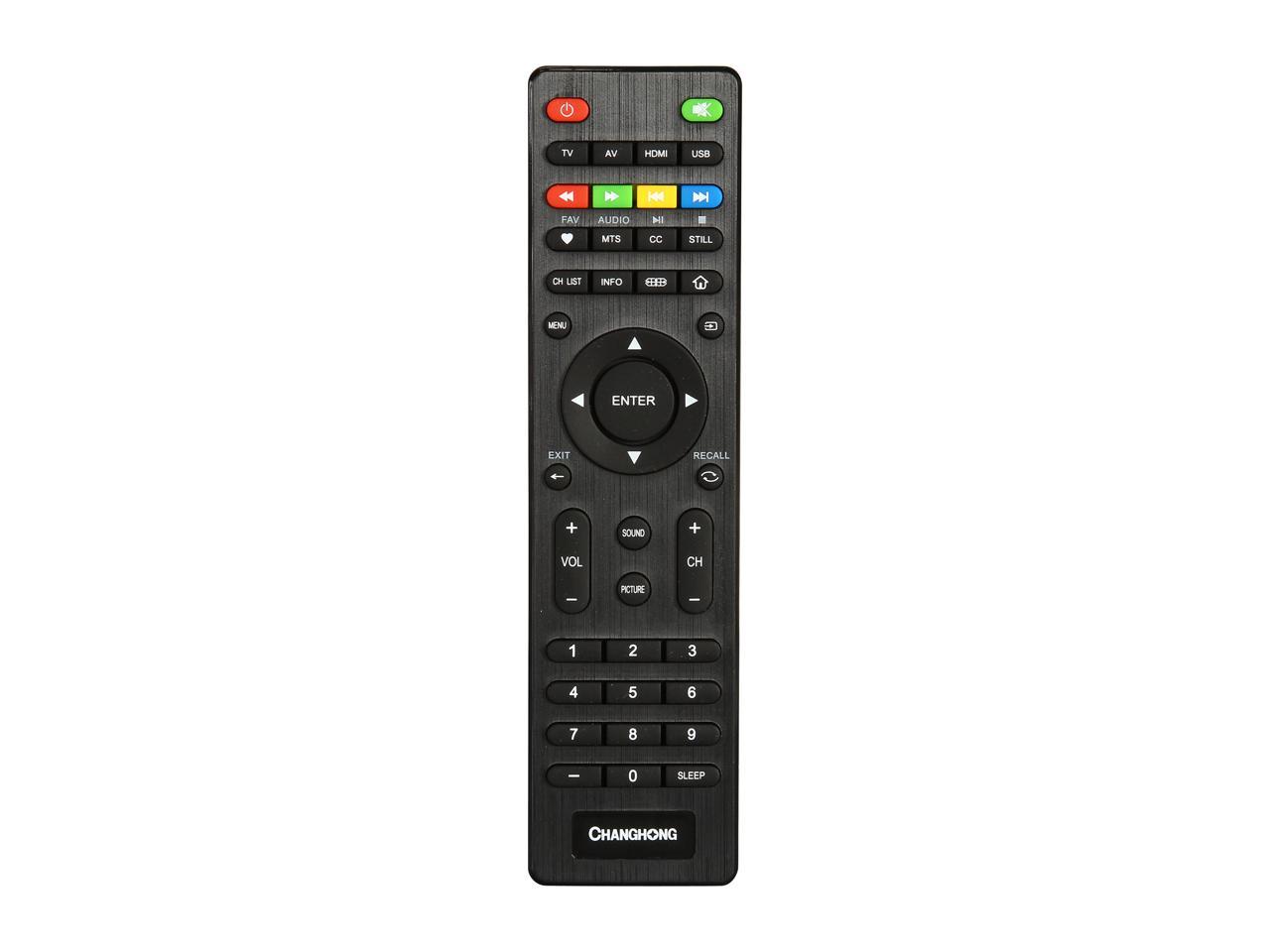 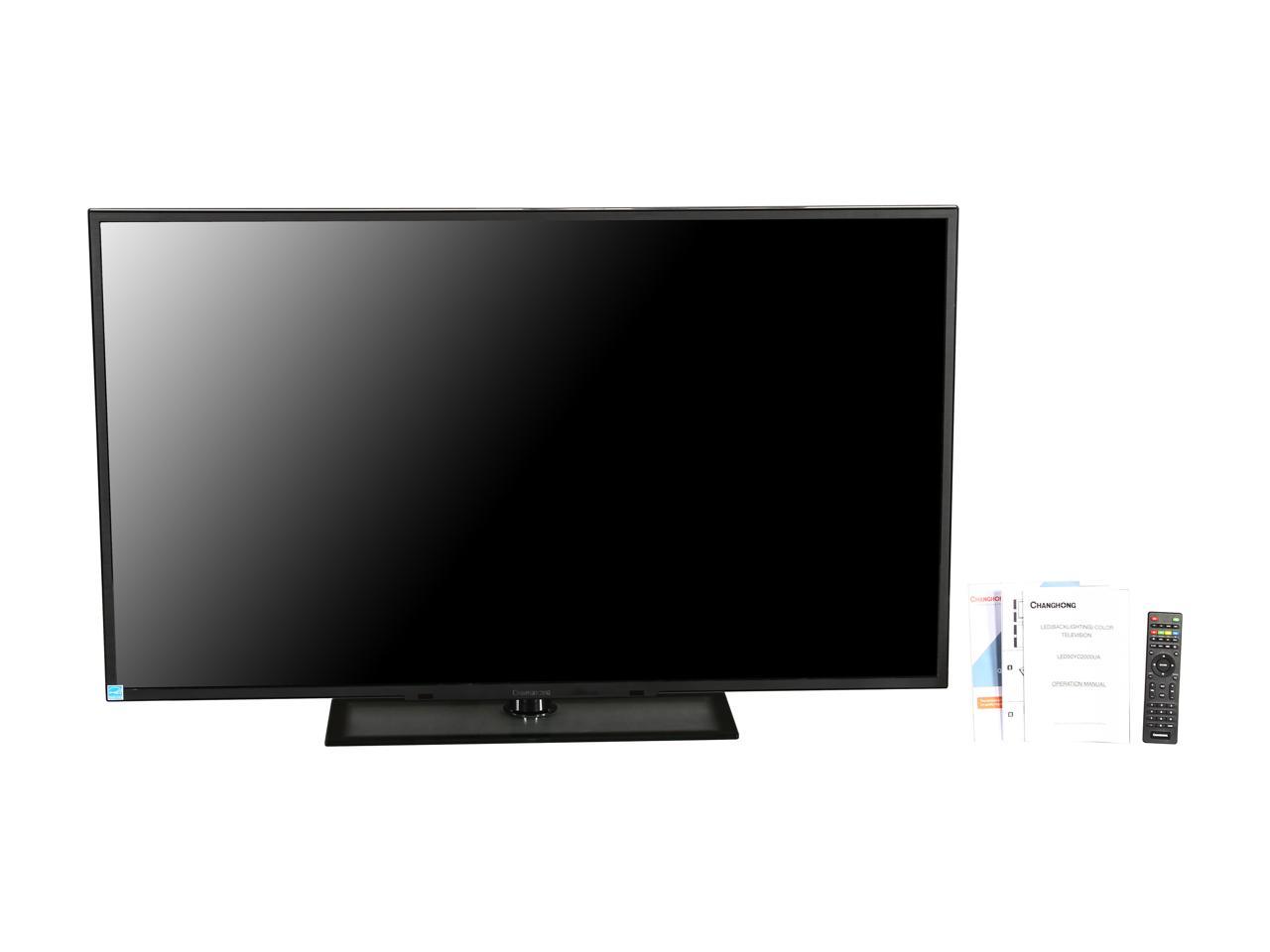 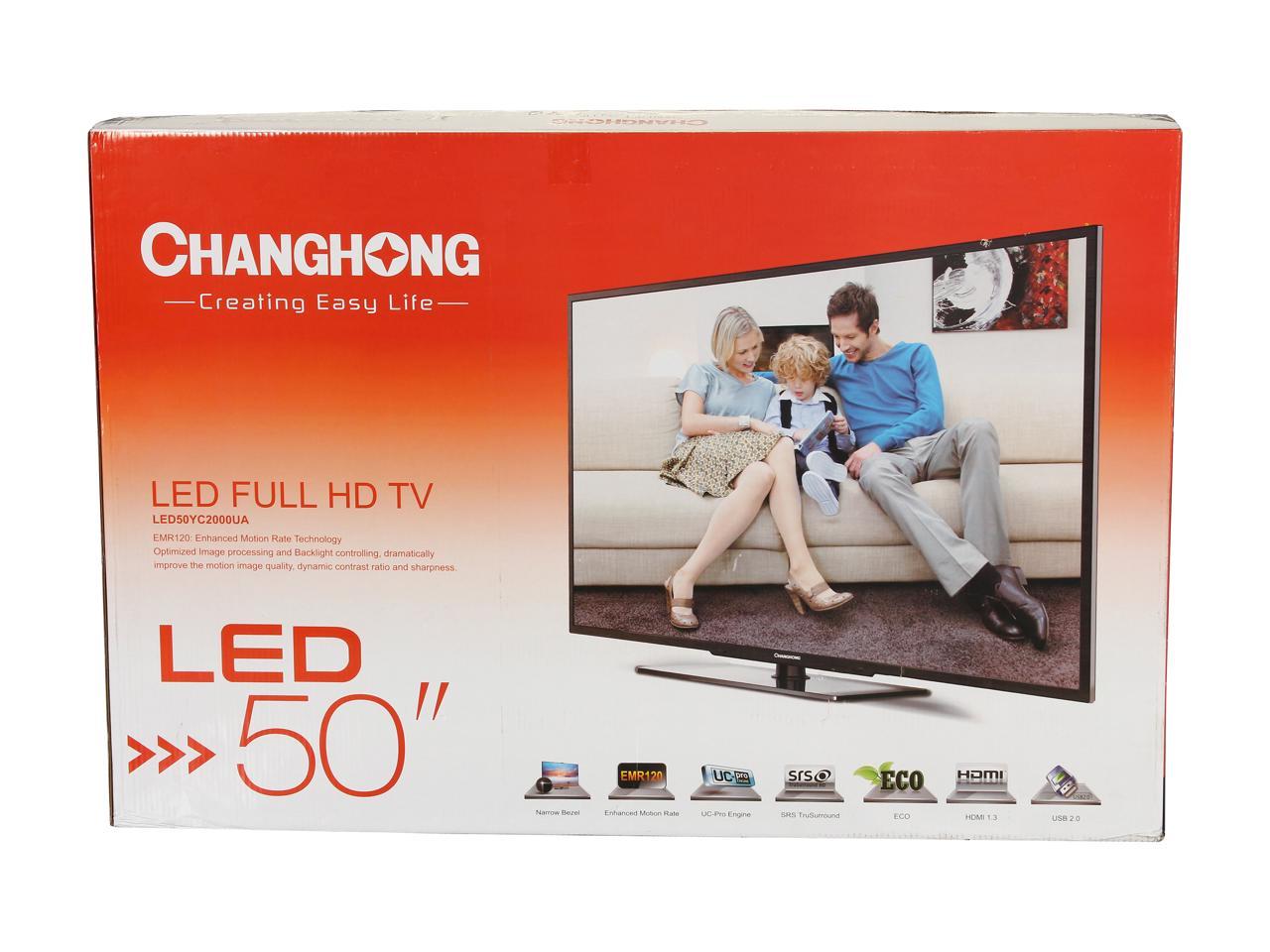 1. Chassis: With smart control technology, through adjusting the chip frequency according to the visual and backlight demand, which can effectively reduce power consumption. Blu-ray High Definition Decoding
Series C2000 TVs have adopted the new H.264 Blu-ray High Definition decoding, which is able to decode up to 90% different A/V formats. Documents in various formats including music, video, picture, and text can be viewed on the TV Screen, not to mention that these can all be shared with your family and friends. Pros: Can't argue with what I was getting for how much I paid. I got it on Nov 28, ordered it on Nov 25. No complaints on the brightness, one reviewer said it lost the signal after 6 hours, I originally had that problem, but I discovered that it had switched from cable TV to air signal, so I switched it back and it has been fine since then.

Cons: The only complaint I have is the location of the RCA, Coax and VGA ports are not in the best place, they are in the back and are pointing down, which while it does save space from things poking out, it was just hard to get some of the connections in. Very minor issue.

Pros: It doesn't look or feel cheap. It is slim and sleek (and so is the remote). It has great sound (once the SRS is turned on). Its picture is customizable (so whether you think it's too dark or too bright, you can change it).

Cons: The colors are really dark (until you mess with the settings and customize it to your liking). It has a funny name (but looks and feels like a high-quality TV).

Overall Review: It's worth it, as long as you're not expecting a "smart TV." I saw a guy complain about the "features." That's what an Xbox One, AppleTV, etc. is for. You're not buying a smart TV, you're buying a normal, 50" LED TV.

Overall Review: Don't know why all the bad reviews, this is not a Samsung, its a great cheap 50" TV

Pros: No regrets. Good picture is not hard to get if you make the right adjustment first.

Cons: Remote is small and a bit light to hold, but gets the job done. Setup might be more difficult for the tech-challenged, but it is not that hard. Some gripe about menus, but I did not find them difficult to understand.

Overall Review: Common sense says this is not a feature-laden set with all the bells and whistles. To criticize because it lacks some higher-end feature is missing this point. This is a fairly basic and very nice looking HDTV. But at this price and screen size and very decent picture quality it is a steal. Changhong may not be a familiar name in the U.S., but it has dominated China for decades. Truth is, several TV labels you do recognize in the U.S. are, in fact, made by Changhong. Like others, mine arrived with zero dead pixels. It is NOT hard to get out of the box! Remove the glass base, top and corner styro, bag with remote, and cardboard in front of the display (and loose AA’s if you see them). Lay the box FACE DOWN on a soft surface (carpet, bed, table or floor covered with a blanket) with the downward top lid folded under, tilt up slightly at the bottom end, and the set will begin to slide out. Tilt more and pull the box off, or have someone hold the top of the set while you pull the box off. I did it alone. Simple. Now it will also be easy to attach the base while taking less risk with damaging the set. Keep an eye out for the AA’s. Make sure they are not under the screen by peeking under the front once you have the TV out of the box and flat. As far as picture adjustment, the default is typical over-bright for retail store display. You can monkey with a lot of settings, but two basic adjustments make a world of difference and are the place to start. First, go to Picture in the menu, drop down and turn off the Energy Mode, then go down the menu to Backlight which you can now adjust, and lower it to around 40. Go back and turn on Energy Saving mode. Now go up to the top of the Picture menu, and set the mode to “User”, followed by reducing Saturation to 40. With just these two adjustments, the picture will look fairly normal. I also have Contrast 50, Brightness 50, Sharpness 60, Tint 0, and Color Temp at R52 G50 B48. I have DNR at Middle (default) after trying all three options. All the adjustment recommendations you read in other comments posted that play with contrast and brightness and ignore backlight are trying to solve the problem the wrong way. The basic issue is too much initial backlight and color. Starting by cutting the backlight will also (1) use less power, and (2) reduce light bleed. Keeping the brightness and contrast at 50 will give you a good picture even on dark scenes, so problems cited regarding dark picture quality are, for a good part, user-compromise by playing with the wrong settings. I am very satisfied with this set. I paid $360.99 delivered, and for that price, there is not another 50” set that equals it. If you want more features or 120Hz or killer dark image, spend more money. Even at the latest price ($400 on Newegg), it is a killer deal. If I want to game or watch movies, I go to my big Sony in the den with the Harmon-Kardon 7.1 sound system and enjoy. But for our master bedroom, I have no regrets.

Cons: The remote control does seem somewhat flimsy. However, both the TV and remote have a year warranty.

Overall Review: Not sure about the other reviewers. I couldn't be happier with this TV. It had rigid foam all around with 2 inches of air between box and TV. I have only had it a day, but unless it goes out soon, the TV couldn't be better for the price. I am sure the name brands have higher quality lines, but for under $400....really!

Cons: none I can think of.

Overall Review: Ok.. I am Chinese. I'm here telling you guys Changhong is a famous brand in China... Bear with my English plz... When I saw this price, I bought it without hesitation. Changhong not only make TV, they make military stuffs, consumer electronics, industry heavy machines, AC, fridge.... a lot of things. TV is just one of these and they are the only military electronic supplier who make TV. I don't really doubt about the quality then. Ok, I hope this will help you guys a bit with the brand issue.

Pros: Wow. This is a nice surprise of a TV. I cant believe how taken back I was by the quality of the picture in 1080p. I got this TV free with the purchase of the msi gs70 stealth laptop and expected this TV to be sub par at best, but this TV is as nice as the other Samsung TV's in my house. The sound is louder and clearer than any other led TV I have owned. I sell TV's at best buy and I can honestly say this led is as nice as any of the others I have to stare at all day lol. Was planning on selling it because I figured the picture would be terrible, but I am keeping it now. btw newegg shipping time on this TV was awesome. Wish I could say the same for the laptop I bought in order to get this TV which I still havent recieved. Kinda funny that my main purchase is taking longer to be shipped to me than a 50 inch TV. NEWEGG, WHEN 3 DAY SHIPPING IS PURCHASED USE FEDEX! Naughty naughty UPS. Again, this TV is !#$@%&# awesome

Cons: No optical out 60 hertz.....tho to be honest I have a hard time telling the difference between 120 hertz and 60 hertz. Build quality seems okay but I am a little worried how long this TV will last just on principal. That is based more on chinese quality and never having heard of this name brand before rather than what I have seen from the TV thus far.

Overall Review: If your worried about the quality of the picture, I can assure you it is not an issue. If this TV lasts, it will be one of the best purchases I have ever made. If it dosent, I will update.

Cons: Not too many Cons. The one thing that does stand out that kinda bugs me, but i can live with is the color "Green" stands out/bleeds out more than any color on the tv.