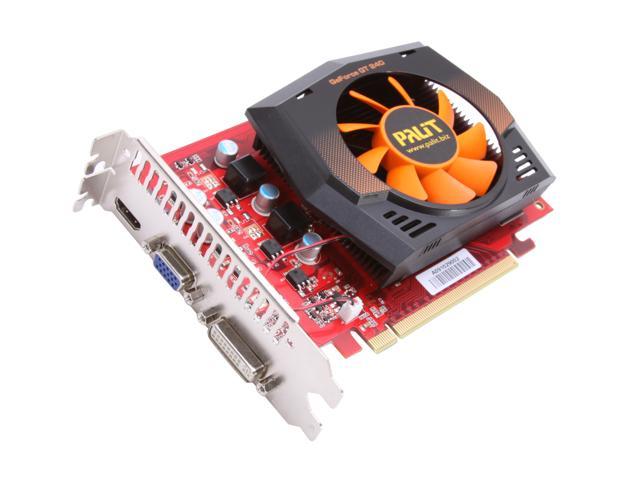 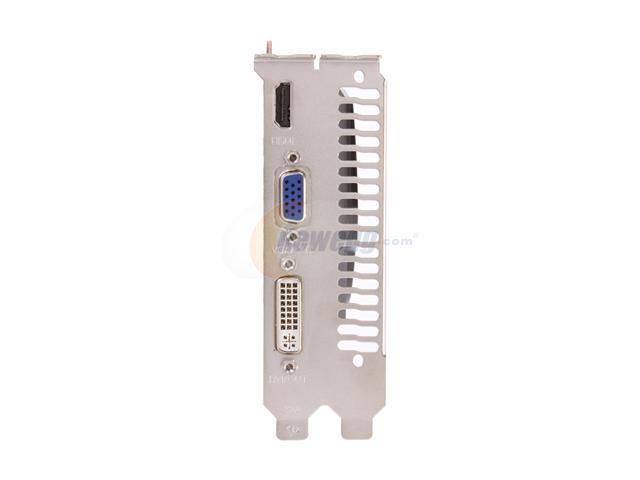 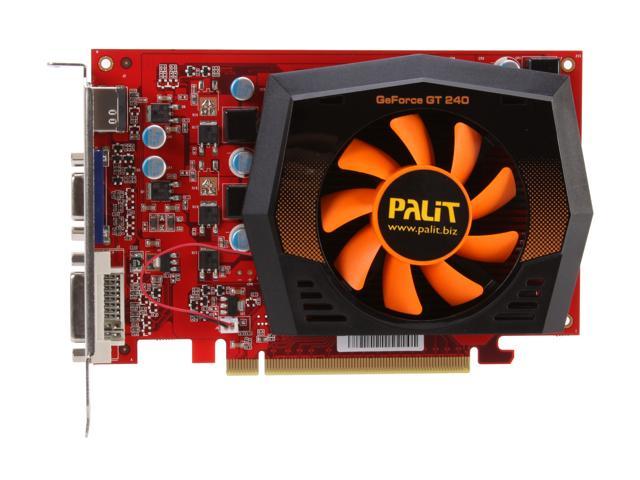 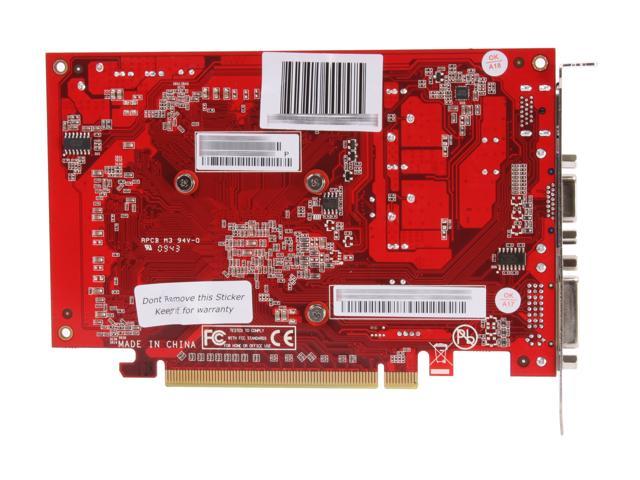 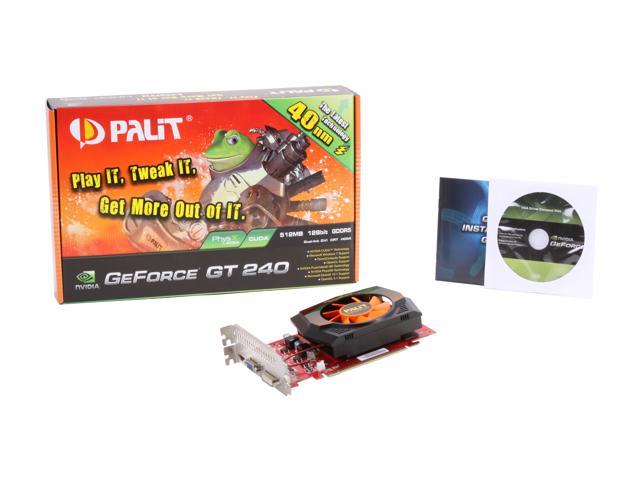 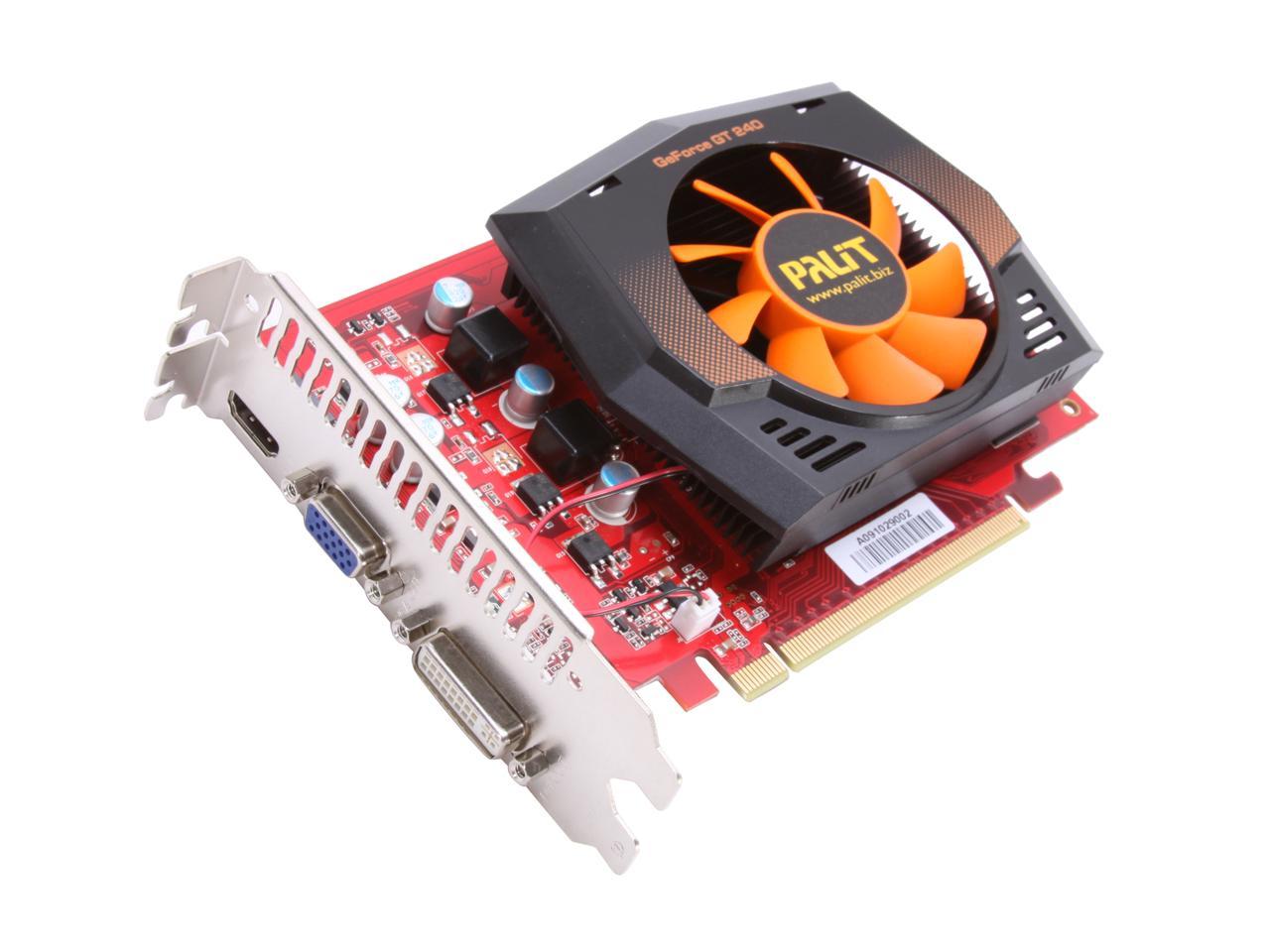 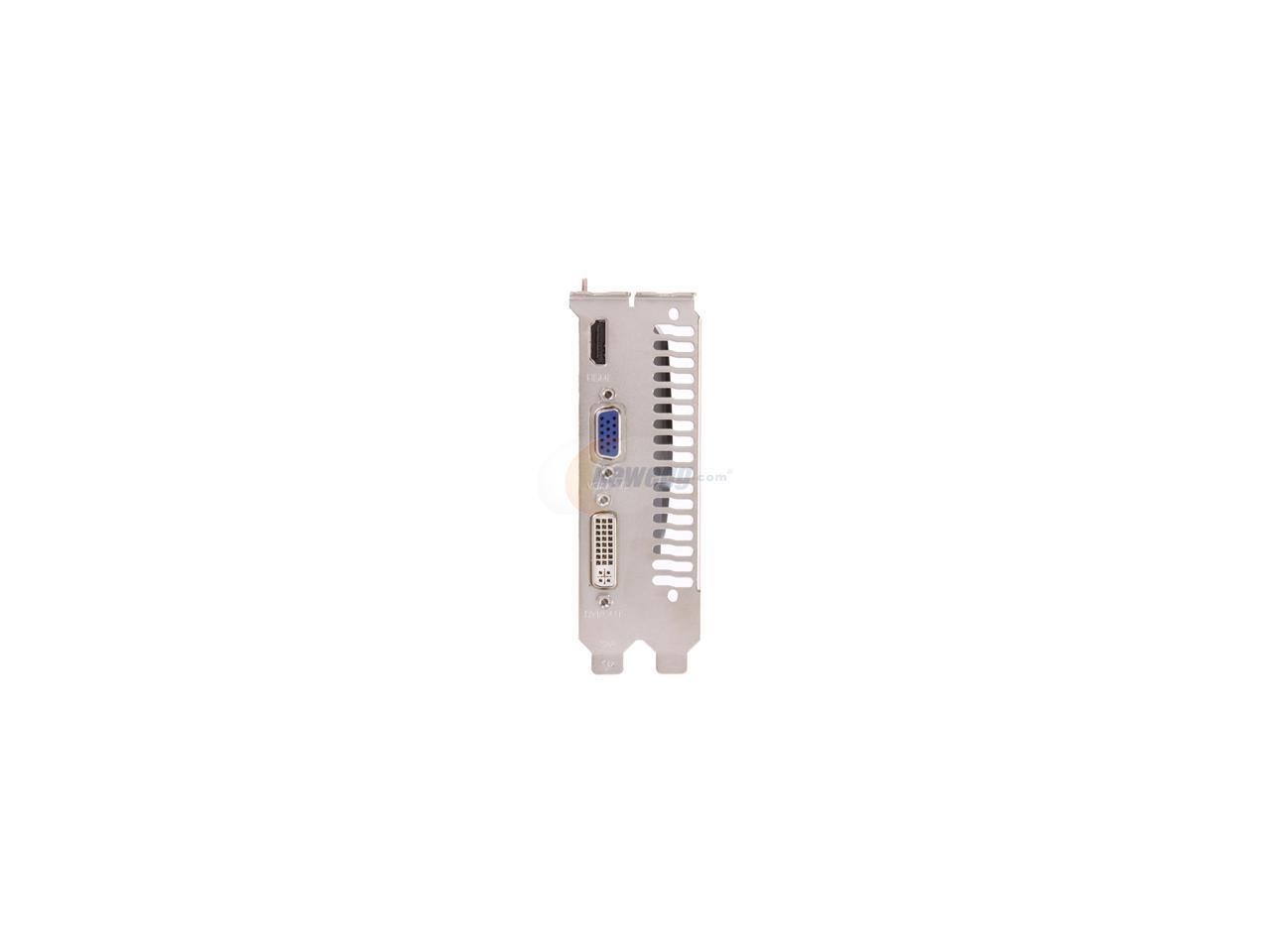 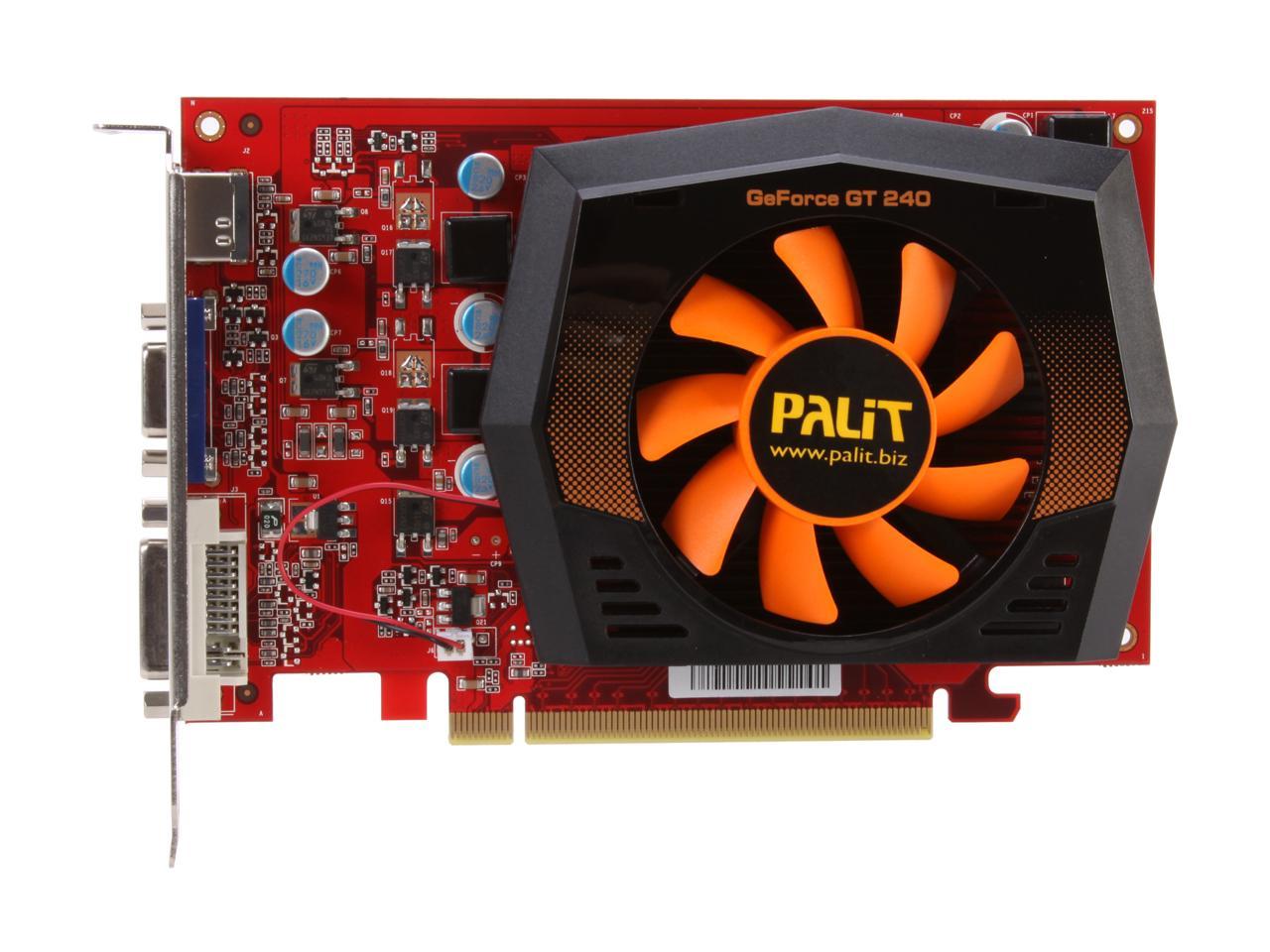 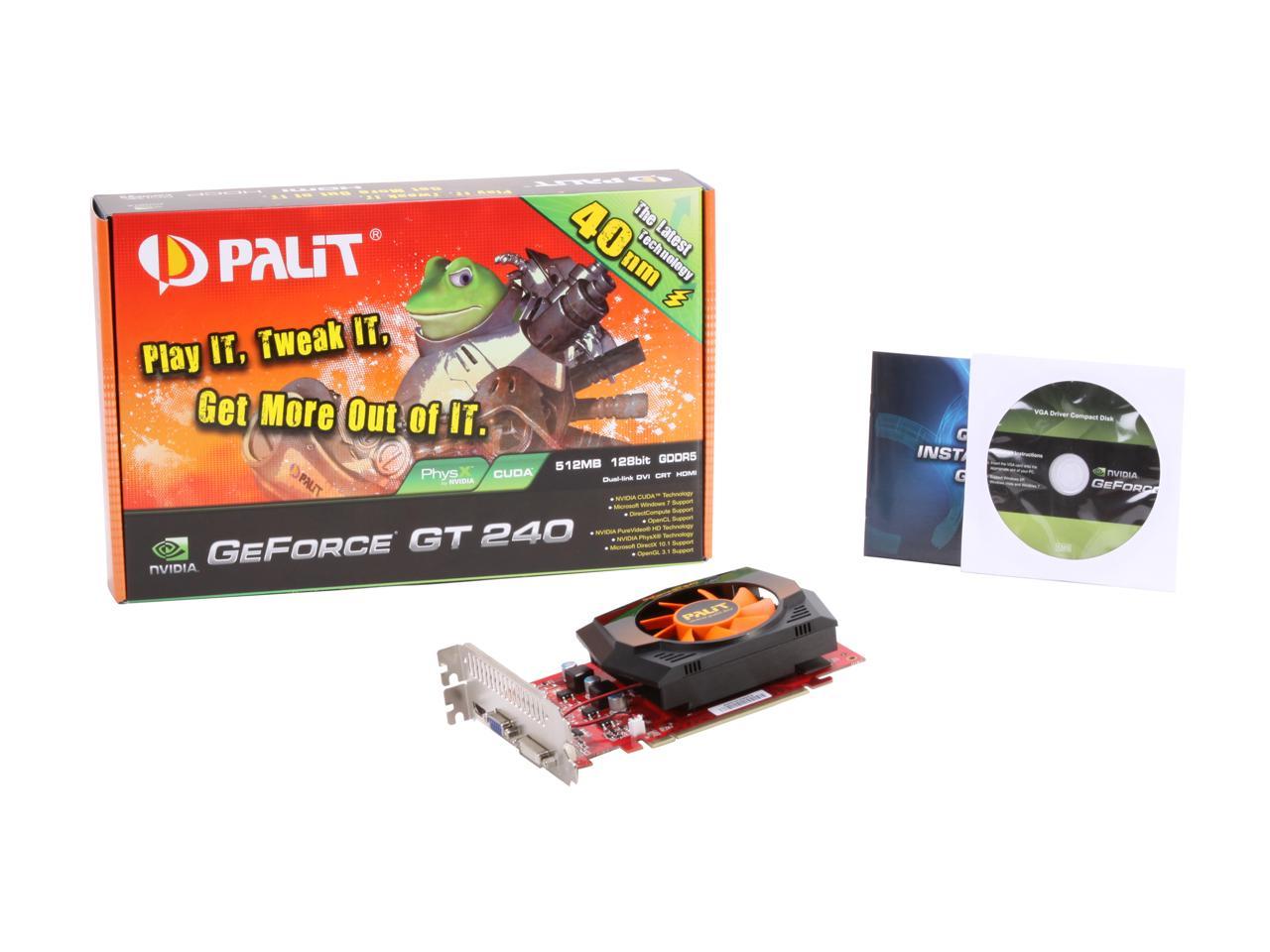 Pros: Fast and cheap. I am playing Left 4 Dead 2 on all the highest settings, and after the mail-in rebate, this was a fantastic deal. This card does not require its own power connector. It runs off of the bus. I feel safe using the OEM power supply with this card because it is not a big power consumer.

Cons: The GT 240 seems to be not-so-widely used as nVidia quickly moved on to the 400-series product like. In fact, when I launched Steam, I got a message indicating that the card was unrecognized.

Overall Review: I am the odd sort. I want to have it all: - low price - low power consumption - low noise - high performance This card is a good compromise, especially for the price I paid. This went in a PC in the family room, so noise matters a lot to me. I ran L4D2 for about an hour at 1920 x 1200 and almost all the highest settings to see if I could get the fan on this unit to run full speed, and it is really not loud at all. This seems to be a good mainstream card if it lasts. This one replaced a 9500GT and the performance boost on L4D2 is very noticeable. Windows 7 recognized the card right away. I really don't see why anyone would run to run a pair of $300+ video cards in SLI with a 1000W power supply when a mainstream card like this gets it done cheaper, quieter, and using less power for aan awful lot of games. In fact, I was pretty happy with the 9500GT also, for the same reasons, but I saw that this card benchmarked at about twice the performance and the price was right.

Pros: Worked great as a Physx card. The GTX 280 and this GT 240 as dedicated PPU was used to play Batman Arkham Asylum with physics on High, 1920x1080 and everything else on highest with 2xAA at 60fps vsync almost all the time. Without the dedicated Physx card, I was getting half the frames and dipping a little under 30. Very low energy consumption. I tested my pc by using the kill-a-watt meter at idle with and without the Palit GT 240 and it was 8W difference when installed. Nice that the gpu downclocks when your system is idle. Convenient size and no pci-e power connector required.

Cons: The fan makes a winey noise. Noticeable over my GTX 280 plus three 120mm fans and 140mm fan. Also got louder as the card heated up when doing heavy Physx work.

Pros: It is a very good card non doubt. it can run games at average settings, this card was meant to be like a mid-range type of card. It is very small so it will most likely fit your PC case and your motherboard without any problems.

Cons: None so far. Enjoying this card very much :D.

Overall Review: A new name to watch. Products appear to be compete well with other brands.

Pros: -Easy to install -Runs my games fine -super cheap -I got my rebate

Overall Review: Great service from NewEgg and this company. I have had this card since December. I paid 79.99 Free shipping and after the 35.00 rebate it was defly a good deal. YES I got my rebate. I did however make copies of the papers I had to send in just in case (always a good idea with rebates).

Pros: Naturally a huge improvement over integrated Radeon HD 4250 when playing games. I am running Fallout NV at 1366 x 768 on Ultra. Source games such as Left 4 Dead 2 and Team Fortress 2 run very smooth and look great. I basically built a light gaming system for less than two hundred with this card. Thirty five bucks after rebate can't be beat!

Cons: 2D is nowhere near as good as the integrated video. The Radeon HD 4250 put out a much better 2d image to my 20 inch HDTV. It automatically scaled correctly and looked great over HDMI.

Overall Review: 2D performance on an HDTV was disappointing over HDMI, I think it's the fault of the drivers. Something to consider if you will be using this card with a cheap HDTV. 1368 x 768 is as good as the image gets on my setup, and the colors are a bit off. 720p or 1080i have overscan. The image can be resized in the Nvidia control panel, leaving you with an oddball resolution of 1200 x 700.

Pros: Powerful card for the price. Fan is adjustable speed and automatically slows down when idle. Low power consumption/large fan quiet at idle. No PCI-E power means it will run on many OEM power supplies.

Cons: Fan gets noisy under load, as expected. Takes up 2 slots but the hot air is not exhausted out of the back of the case. The **almost got it**, extendign hte fan shroud to the back of the case (like they do with high end cards) would have been better.

Cons: None for the Price

Overall Review: Bought it to improve my work pc's performance and I got more than I expected. I was seriously impressed. I spent a bunch of money on my video card at home and this "cheap" one comes somewhat close in perfomance. I can play most of the games I brought from home on med to high settings.