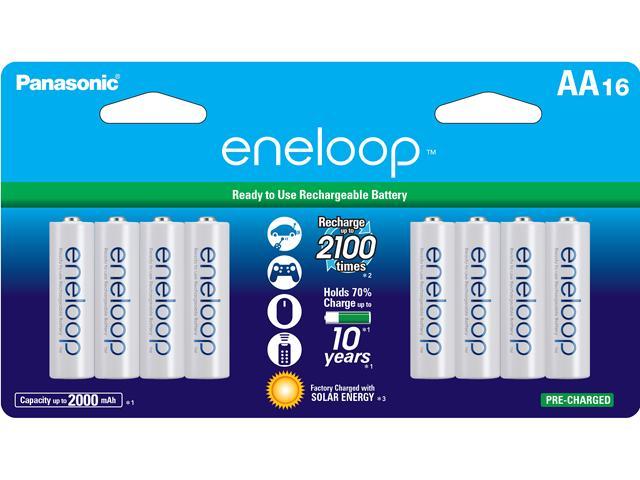 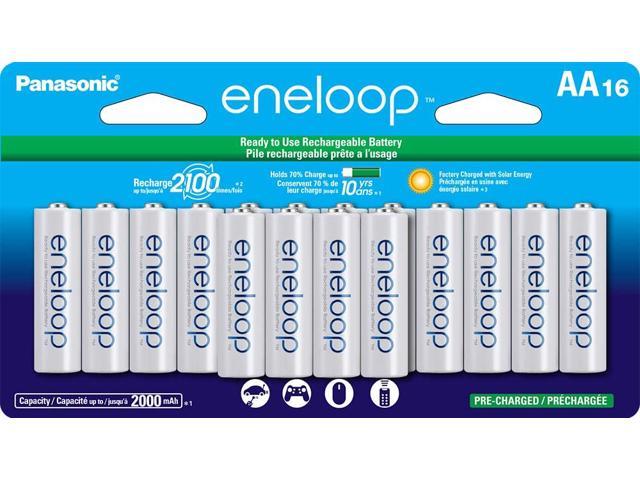 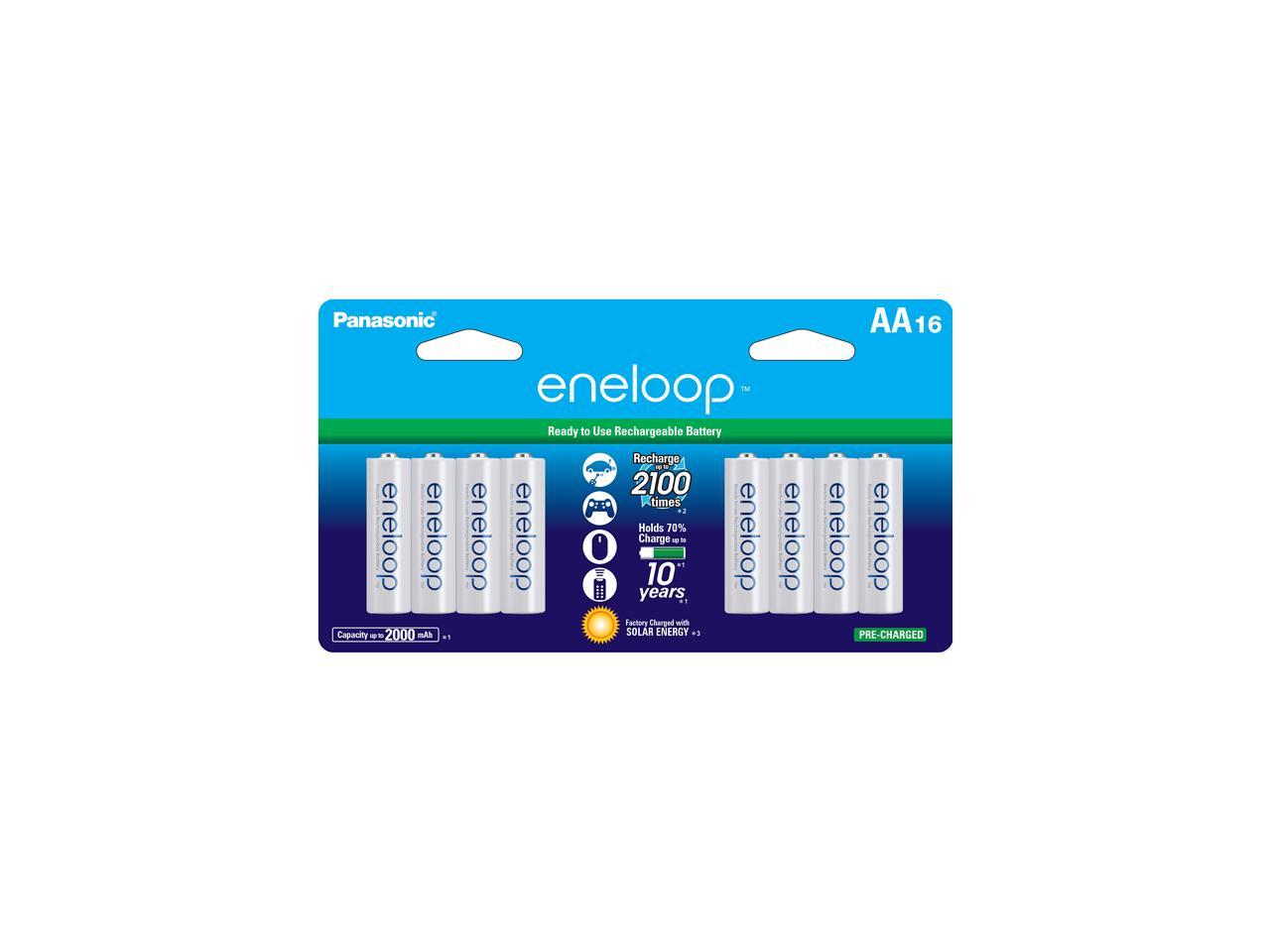 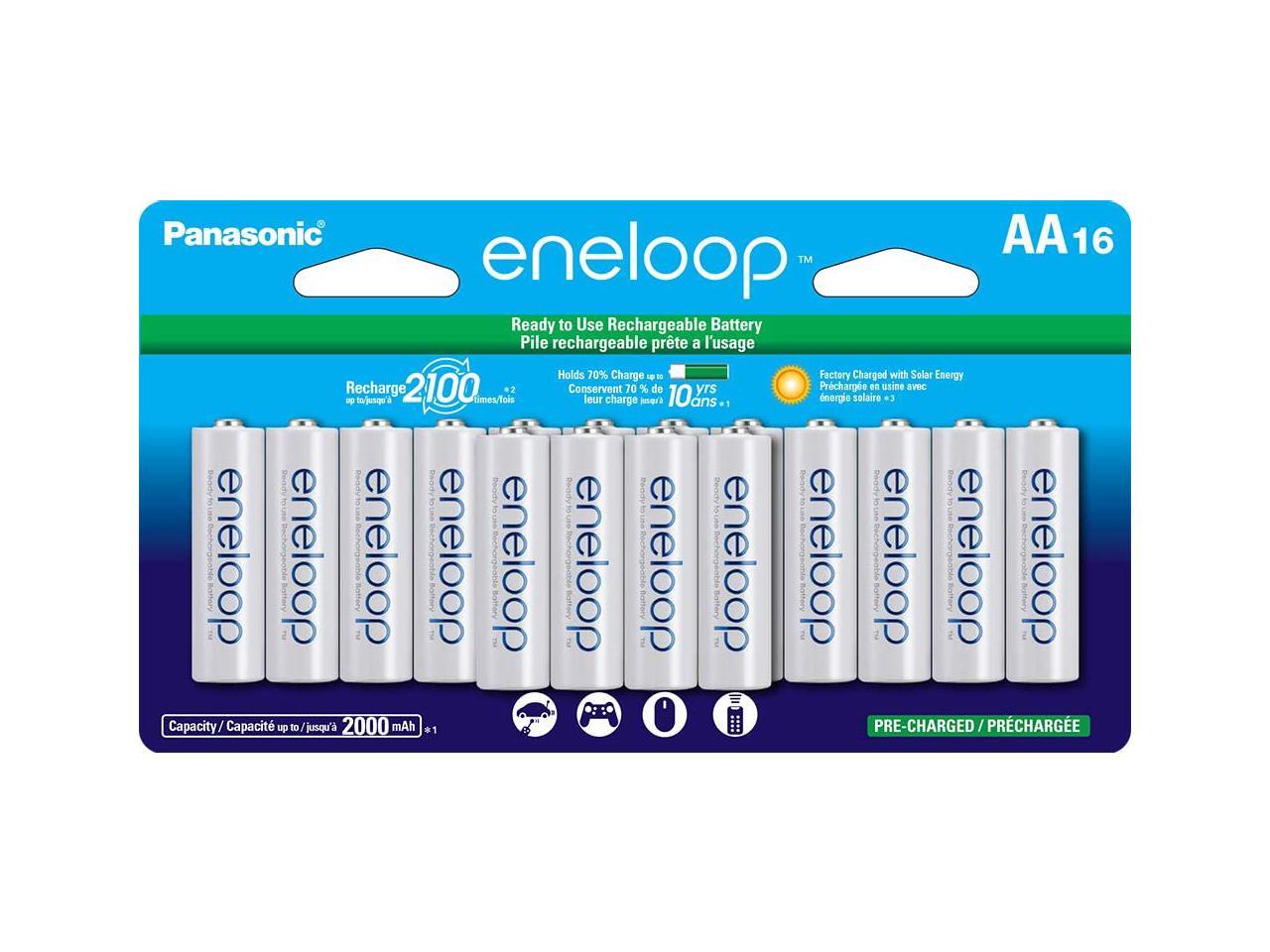 Learn more about the Panasonic BK-3MCCA16BA

John B.
Ownership: more than 1 year

Pros: - I've been using Eneloop batteries for nearly two years now. They are better than any standard over the counter batteries or competitors' rechargeable batteries. - I didn't care to get so in-depth as to conduct any actual testing or benchmarking with Eneloops but I can say they seem to last longer and provide a good amount of power in any device I use them in; my mouse, stick-lights, remote control, headlamp, toothbrush, and keyboards--yes, I do own quite a few, both Triple and Double. - They charge relatively quickly using either third-party wall chargers or the bundled one with Panasonic, which you can also buy here on Newegg. I recommend doing so since you'll have a charging dock for them right out of the box. Eneloops, and I guess rechargeable batteries in general, take the hassle out of battery powered devices. If you don't use rechargeables, I recommend making the switch for devices you use continuously. In the process, you'll save a lot of money, not having to buy and replace over the counter batteries continually. - Even when not charging or not in use, the batteries hold their charge consistently and don't drain quickly when unused.

Cons: No Cons that I can think of.

Overall Review: - Eneloops are now my go to battery for all my regularly used devices. I couldn't live without them now, especially being in the tech repair business where I need to constantly swap out batteries, they are immeasurably useful.

Overall Review: I grab rechargeable batteries whenever there is a sale or promo. never no when you need more

Pros: I'm porting over my review from a 12 pack. I just purchased two 8 packs as the batteries are the same. I’ve purchased around 100 of the Sanyo/Panasonic Eneloop AA and AAA batteries over the past few years. They will seemingly last forever if you use a good charger such as the POWEREX MH-C9000. Any charger used needs to have a microprocessor that can read the battery and keep from overcharging. Cheap chargers can permanently kill the batteries within a few charges. When new from the package, I run a break-in charge with the Powerex charger that takes about 48 hours. When needing a recharge I run a regular charge but select a low 300-400ma charge rate which takes about 6-8 hours. If I do that, on subsequent charges, the batteries typically charge to about +5-10% of their rated capacity. After a number of charges, if they don’t exceed their ratings, I run a REFRESH/ANALYZE cycle that will bring them back over spec again. I haven’t charged any of these more than a few dozen times so I can’t say how many charges they will last but after a few dozen I'm still seeing them charge to around 2000ma. I use these batteries in everything in the house from remote controls to game console controllers to clocks and flashlights. I bought size adaptors to use AAs in size C and D applications. These in remotes typically have lasted two years before needing recharging. The batteries have lasted in Wii controllers almost as long as alkaline batteries before needing a recharge. I keep about a dozen charged and ready to swap out as they hold up to 75% of their charge for up to 10 years sitting unused.

Overall Review: These could literally last most of one's life when properly recharged. Key is to buy a quality charger. It may seem fifty bucks is a lot to spend on a charger but when you figure alkaline AAs on sale cost about 50 cents each, and two charges on these will equal more than one alkaline, it's not long before they pay for themselves. Panasonic says they can be charged over 2000 times. Even with diminishing charging returns over their lifespan, the overall savings over the years is huge with a side benefit of less old batteries ending up in landfills.

Cons: The batteries are not shrink wrapped in the box as shown in the picture. Cannot tell if they are new or not.

Overall Review: The package came ripped in the middle. Otherwise they worked fine after doing a refresh charge.

Pros: I have so many devices I use requiring batteries. I will always buy Eneloop for the best, long lasting performance of any brand.

Pros: I've bought these for a while; have about a dozen so far. Although they've been in use for less than a couple of years, and not continuously, they do last (eg., capacity is not wildly overstated as is the case with a number of other brands). They also hold their charge well as advertised, not self-discharging on the shelf nearly as much as other brands (I have about 40 AA and AAA NiMH's).

Overall Review: These are the only brand I buy now and seem to be worth the extra price.