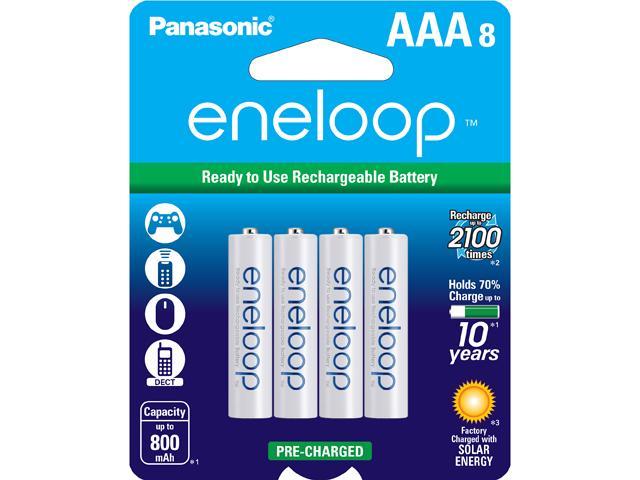 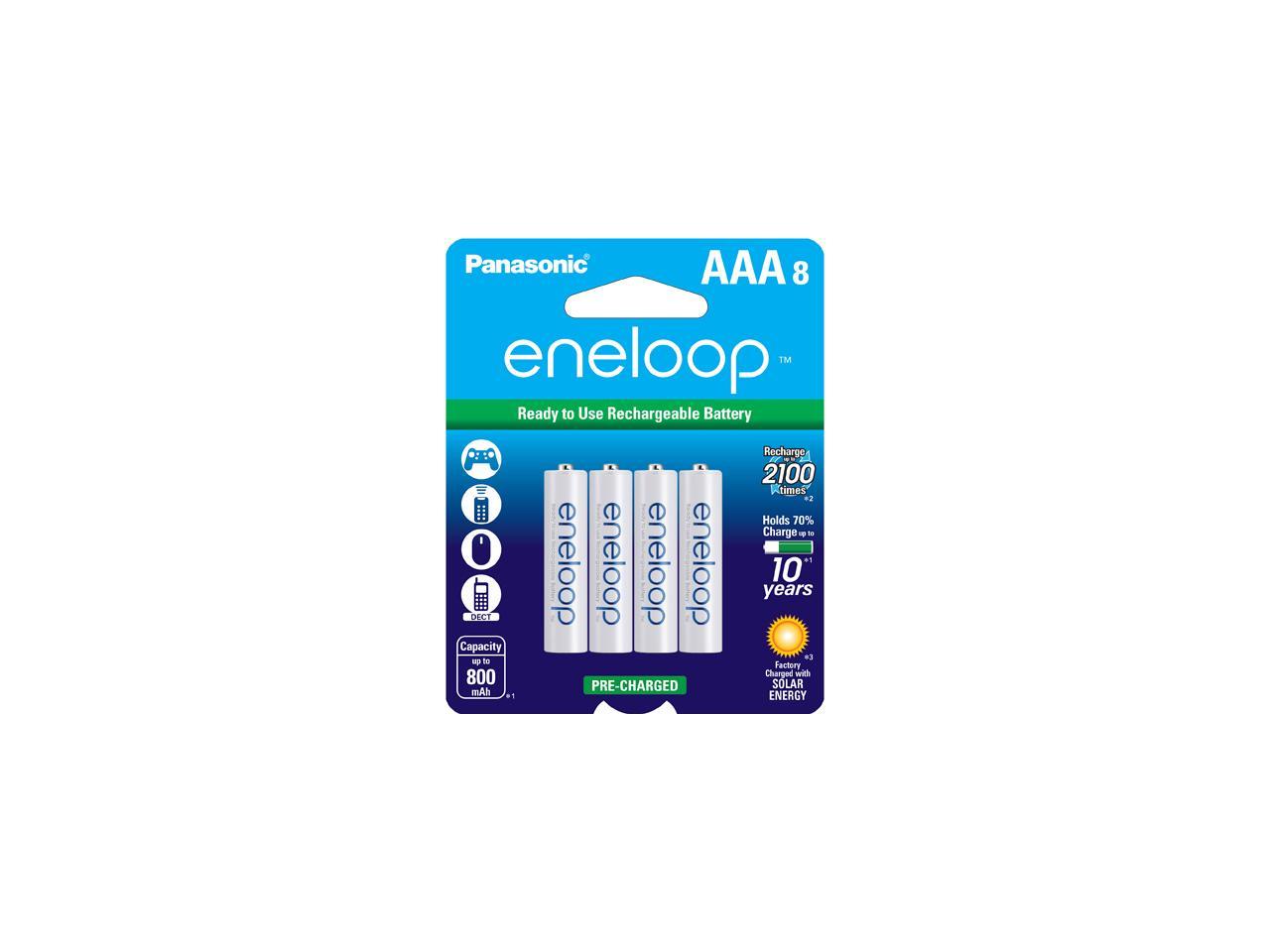 Learn more about the Panasonic BK-4MCCA8BA

Pros: I’ve purchased several dozen of the Sanyo Eneloop AA and AAA batteries over the past few years. They will seemingly last forever if you use a good charger such as the POWEREX MH-C9000. Any charger used needs to have a microprocessor that can read the battery and keep from overcharging. Cheap chargers can permanently kill the batteries within a few charges. When new, before first use, I run a break-in charge that takes about 48 hours. When needing a recharge I run a regular charge but select a low 300ma charge rate which takes about 6-8 hours. If I do that, on subsequent charges, the batteries typically charge to about +5-10% of their rated capacity. After a number of charges, if they don’t exceed their ratings, I run a REFRESH/ANALYZE cycle that will bring them back over spec again. I haven’t charged any of these more than a few dozen times so I can’t say how long they will actually go. I use these batteries in everything in the house from remote controls to game console controllers to clocks and flashlights. I bought size adaptors to use AAs in size C and D applications. Remote batteries typically have lasted two years before needing recharging. The batteries have lasted in Wii controllers almost as long as alkaline batteries before needing to recharge. I keep about a dozen charged and ready to swap out as they hold up to 75% of their charge for 3 years sitting unused.

Overall Review: When on sale they can be gotten for about 2 bucks each versus fifty cents each for a quality alkaline. Each charge doesn't last quite as long as an alkaline but with the capability of being able to charge them 2000 times they are a big time money saver long term. I'll be dead long before the batteries have reached their end of life.

Pros: We use eneloop rechargeable batteries throughout the house & this was on sale

Overall Review: Been using this brand/model for 8+ years.

Pros: Eneloop is the best rechargeable battery on the market. Only the Tenergy batteries compare.

Cons: You really need the Panasonic / Eneloop charger to get the most from these. Other chargers go too fast and burn out your batteries. If your charger makes the batteries too hot to touch, THROW THAT CHARGER OUT.

Overall Review: A good battery for a good price. When used with a good charger, they last for years.

Cons: Discharges very fast. Not worth of money

Pros: Price after discount at the time I bought was reasonable. And I have had it for months with no problem so far.

Cons: The listed capacity on the package is up to 800 mAh, but the actual mAh capacity of the batteries is 750 mAh.

Overall Review: It would have been better if I knew I was gonna get only 750 mAh capacity batteries.

Pros: I like the 8 pack deal. When you think about the price per battery it's a good price compare to putting a regular one in the trash after a one time use.

Overall Review: This is my first time using this brand. I'm looking forward to getting many more charges out of these.

Pros: None. They're horrible.

Overall Review: I bought 16 of these batteries recently, and all of them have failed to keep their charge for long. The only thing that's good about them is that they charge up really fast.

3 out of 15 people found this review helpful. Did you?