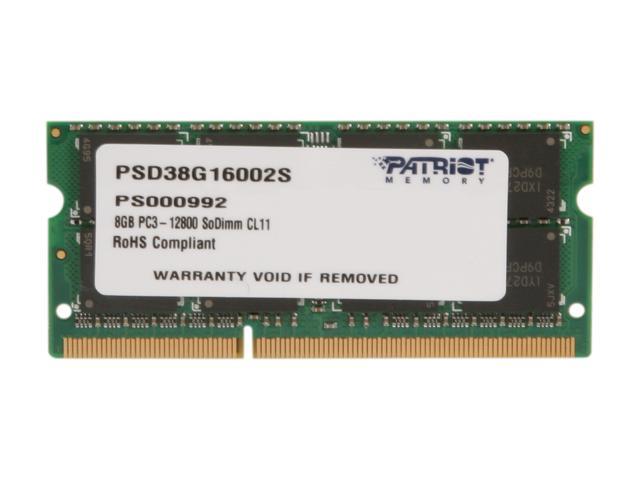 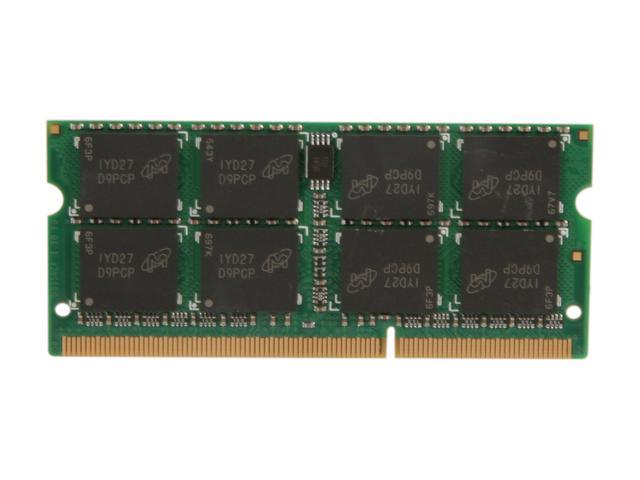 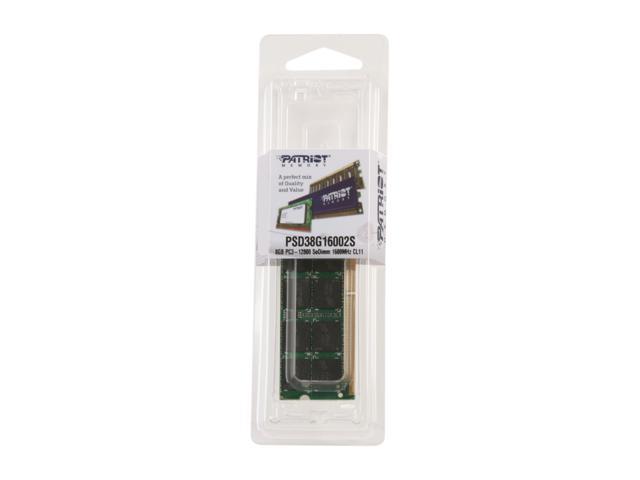 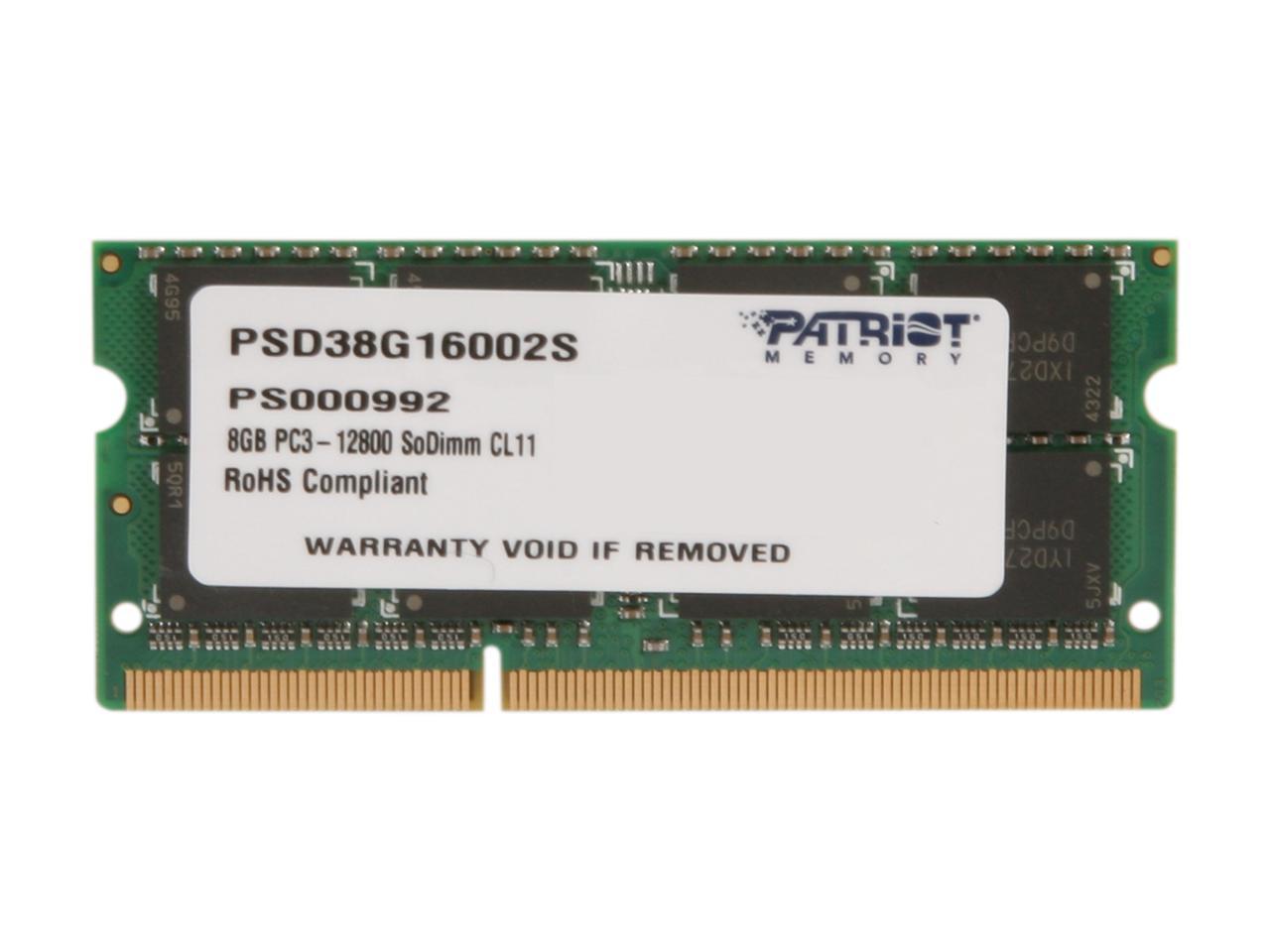 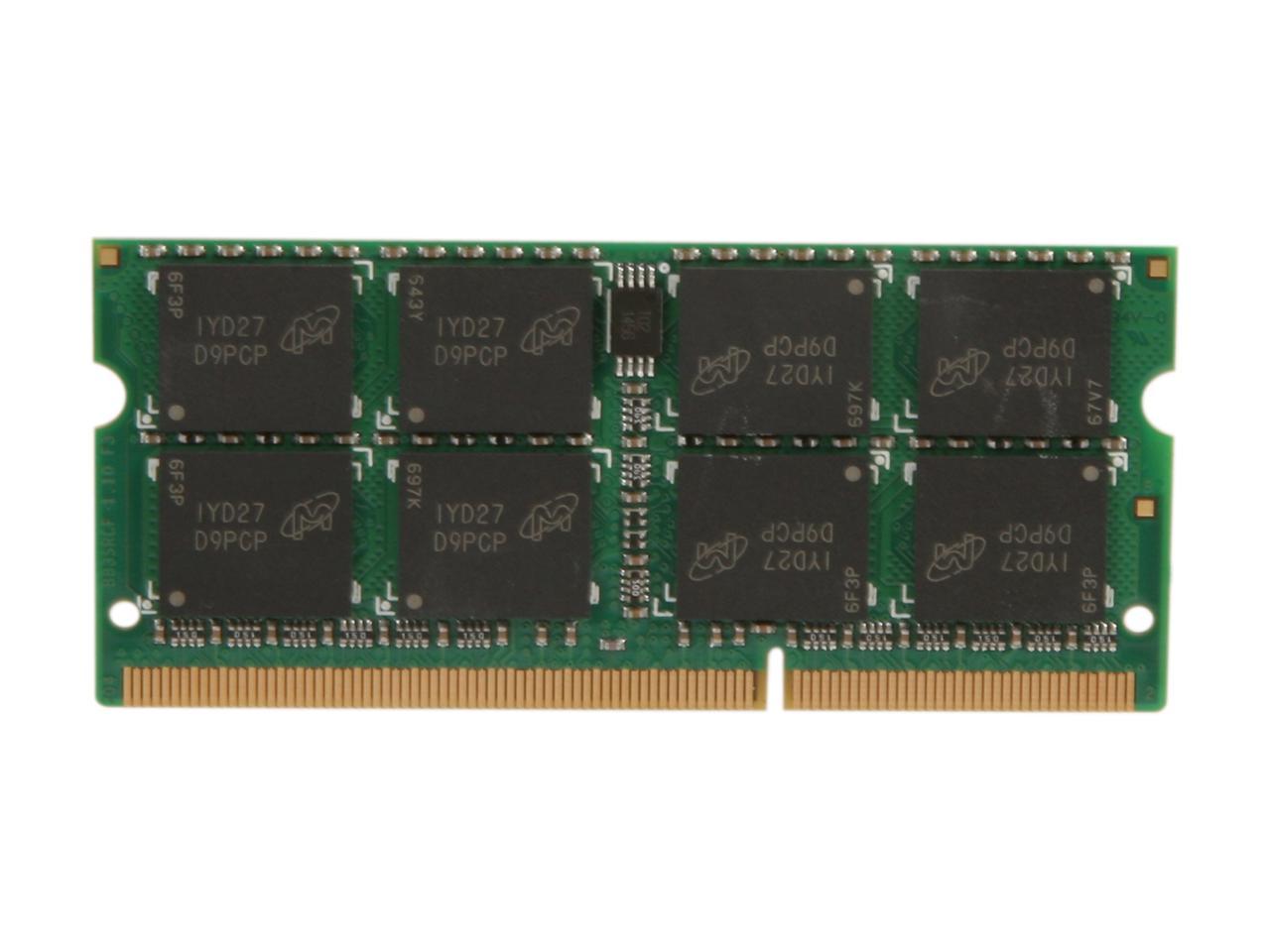 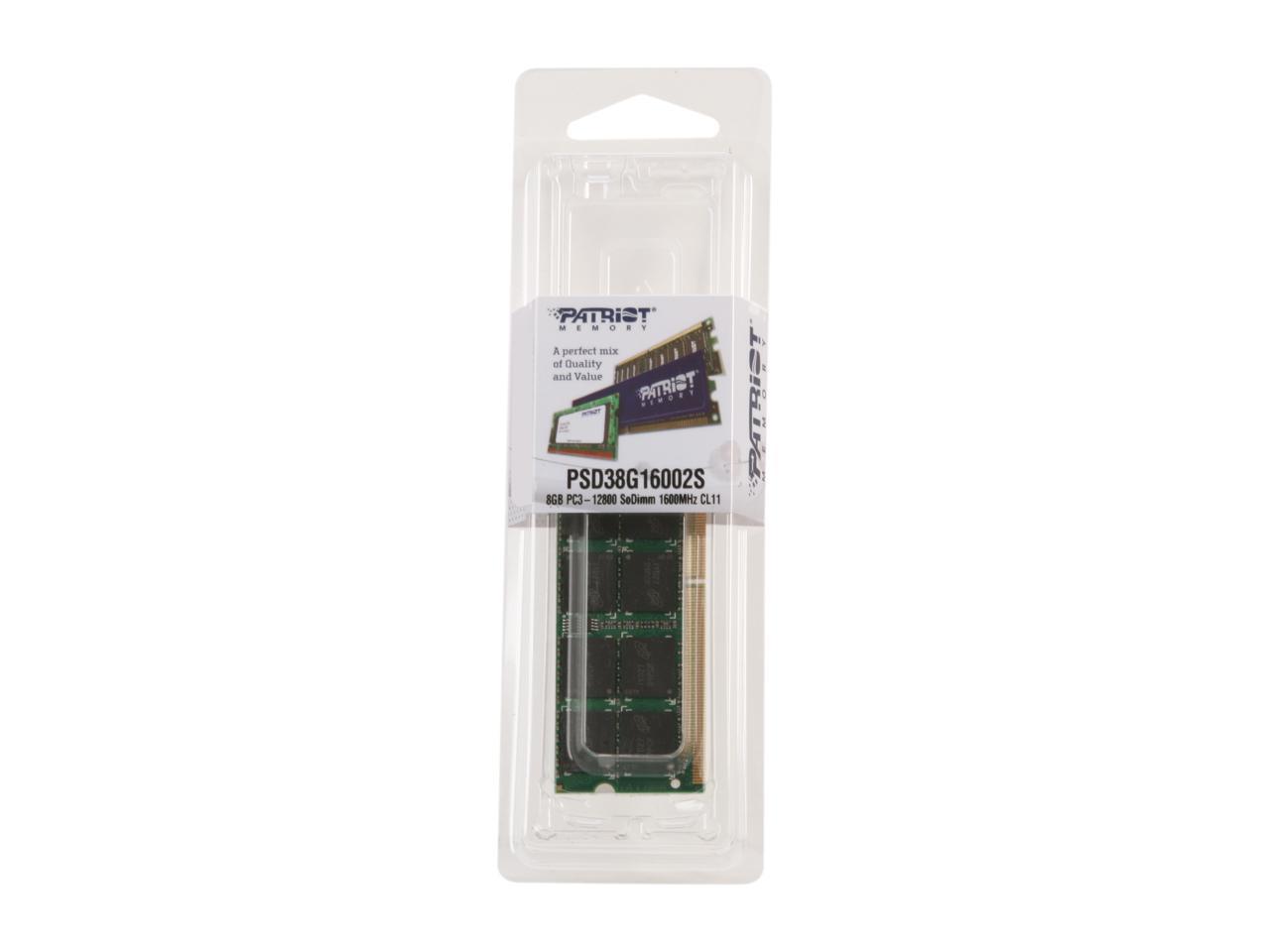 Adding more RAM is an easy way to improve your system performance; more memory often means responsive multitasking and faster program switching. The Patriot DDR3 memory delivers fast speed and low latency to address your daily needs in work and play, all without a hit on your wallet. Quality components and construction ensure stability and durability you can count on. Add this memory module to your system and watch the performance skyrocket.

Pros: Straightforward install. Computer recognized it immediately. 8 Gb!! Got it on sale from Newegg with a Rebate.

Overall Review: I installed this in my Thinkpad t430 to supplement the 4 Gb I already had in it. 12 Gb total is overkill but the 8 Gb RAM was on sale. One thing to note when installing it in the T430 is that I had to push MUCH harder on the ram to get it to lock into place than I have with any other laptop I have upgraded. I don't know if the computer's tolerances or the RAM's are tight but keep that in mind when installing. For a few minutes I thought I had purchased the wrong stuff but once it locked in there were no problems.

Pros: Excellent. Not much to say - it works. Patriot is a good brand.

Pros: I have a Sager NP8130 Laptop with the following specs -Intel Core i7-2670qm @ 2.2GHz -16GB DDR3-1333 RAM (4x4GB) -120GB Intel 510 SSD -nVidia GTX 560m (1.5GB GDDR5, 192-bit, 192-cores) -Win7 Pro x64. I installed the 4 Patriot SODIMMs in place of the original 4 SODIMMS (2 under the bottom hatch on the case, 2 under the keyboard), and rebooted the computer. The computer started up without a hitch and all 32GB were read. RamDisks can be made with this RAM, especially when 4 are in use. I made a 16GB RamDisk with a 4.3GB / sec read and 6.5GB / sec write speed. Made with Micron Chips, which are stable and share properties with their enterprise RAM counterparts. Quality of the PCB build very high. CPU-Z and HWINFO both read the full 1.6GHz of the RAM in spite of Intel officially stating that the 2670qm can only handle 1.33GHz RAM. Good on the RAM for not being clocked down. The one-off nature of having more memory inyour laptop than everyone else :-D

Cons: A bit pricey, but if you have the need for a larger ramdisk in a laptop, or you want futureproofing, it's justifiable. Bit more heat under laptop, but Sagers are LEGENDARY for heat dissipation, so not worried. For the Sager, other 2 DIMM slots were under keyboard.

Overall Review: If you need enough ram to make a ramdisk on a laptop, this is the memory you need. On most i5 laptops, two can be used to make a 16GB total; with a quadcore i7, up to 32GB. Installation was no different than any other ram, but for those who have 4 SODIMM slots, be weary that you may have to dig under the keyboard to find the balance of the slots. The use of 32GB DDR3-1600 is NOT something to trifle at, but if you do intense photoshop-work, video production, etc., the RAM can be used as a RAMDisk to improve production performance and reduce un-necessary writes to a rotating or solidstate disk. Be wary of your laptop's ability to vent heat. Higher-speed RAM makes more heat, and that heat has to go somewhere. DDR3-1600 is faster than the standard DDR3-1333 in most laptops, so you may want to assure you have the thermal leeway first. But if you want tons of RAM for a RAMDisk scratchpad, or to run photoshop or other creative suites... you came to the right place.

Overall Review: I recently resurrected a 2011-2012 era Toshiba laptop for my niece so that her daughter could use the machine. In the past two years I've done this on a number of laptops for family members. All of the machines were from around this time period, which many people would say they should have bought newer, faster machines. Sure, if your intentions were to do a lot of heavy gaming or video work, they would be right to say so. But honestly this isn't what these machines are being used for. Rather, they're being used on social media, email, web browsing and viewing photos of family functions and recreational get-togethers. Like the Toshiba, I replaced the meager 2 Gb of ram with 16 Gb, the old 5,400 rpm HDD with an SSD and upgraded the Windows 7 OS with Windows 10. On all of these machines, including the Toshiba, the result was a much smoother running, faster laptop, with plenty of room for programs and a reasonable amount of on-board storage. Each machine got a new SSD of one brand or another, as well as new ram from one or another manufacturer, but I haven't "experienced" any difference. Well, that is except for the price. The price of memory over the past few months has really gone crazy, so I did a lot of searching and finally settled on this ram by Patriot. It was available for about $35 for an 8 Gb stick on Newegg when I purchased it, which was one of the best prices I could find on a brand I've had experience with. It has been worth it, as the Toshiba runs every bit as well as much newer laptops, and it now has all the headroom it needs no matter how many programs you have open or whatever you want to work on! (By the way, for those who think upgrading these older laptops isn't worth the $125 to $150 spent on them to bring up their performance and to run a modern OS, let me just say: Every one of them has made their owners very happy, they're back in daily use rather than being tossed into the growing piles of electronic debris in this country and in each case it saved the owners $600 to $1500 to get a new comparable machine. Come to think of it, new machines wouldn't be comparable, as these machines included DVD burners, SD card slots and multiple USB ports. Despite the trend to do everything "in the cloud," many of us still like to throw in a disk, plug in an external drive, memory stick or external peripheral!)

Overall Review: I recently bought a used laptop with 6G RAM and found I could expand it to 16. I bought this as a kind of experiment and was delighted to see how much faster my graphics programs ran with double the RAM, although windows 10 seemed as clunky as ever- c'est la vie. I will likely purchase another of these soon just to get the most out of the computer. I'm no computer pro, but it seems a good deal for the money. I was surprised at how quickly it arrived too. I gave it five eggs but the interface did something wonky and it came through as one sorry

Overall Review: They didn't work in my Lenovo laptop although the specs matched what I had installed. They were either dead on not compatible.

Did you find this review helpful?
Manufacturer Response:
Hello, Based on what you're describing, we suggest contacting the Technical Support department at Patriot Memory for assistance. They will be able to guide you through troubleshooting and replacement if needed. You can contact them at support@patriotmem.com or 800-800-9600 opt. 2. Regards, Patriot Memory Technical Support
Anonymous
Ownership: 1 week to 1 month
Verified Owner
Worked perfectly7/25/2020 8:42:56 AM

Overall Review: If you are looking for a single 8 gig. DDR3 ram stick, this is a low cost option.