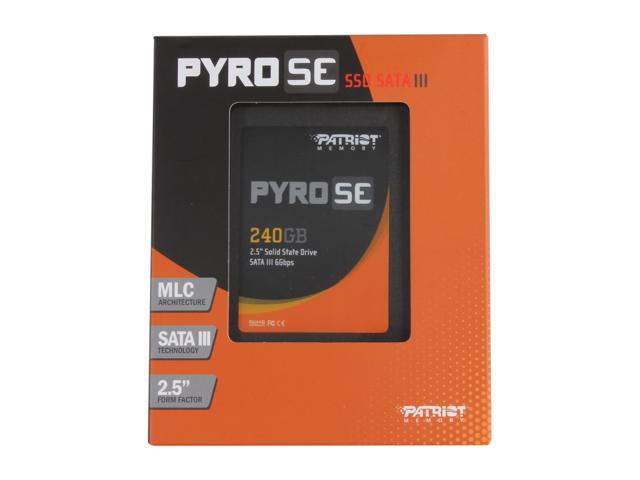 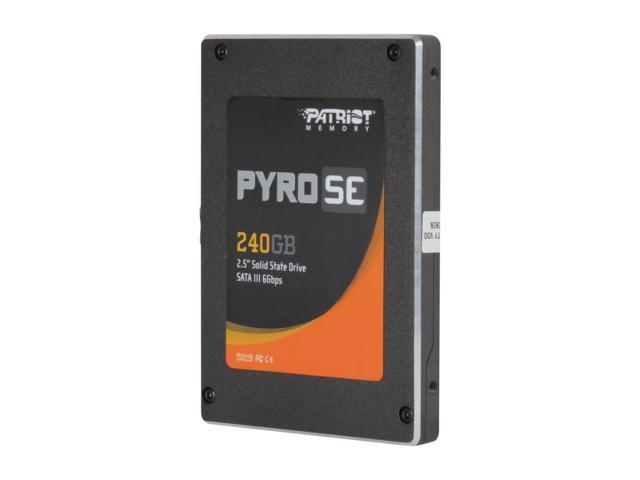 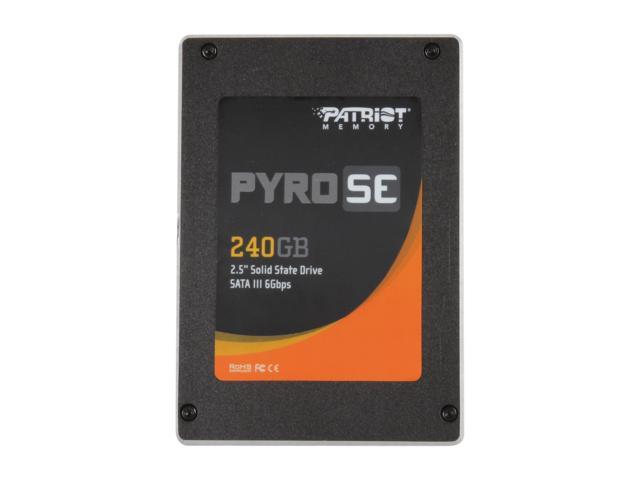 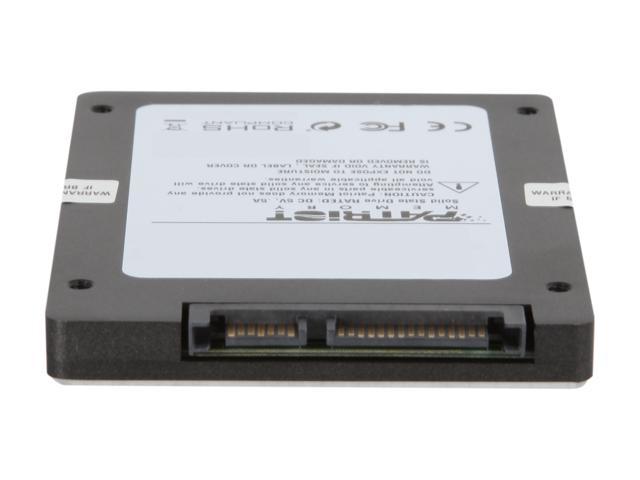 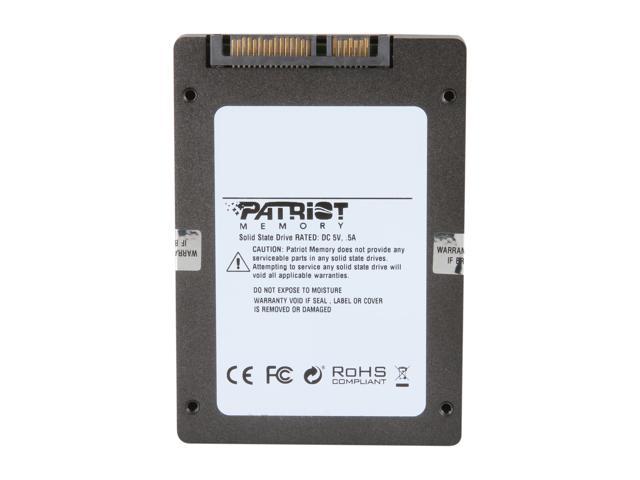 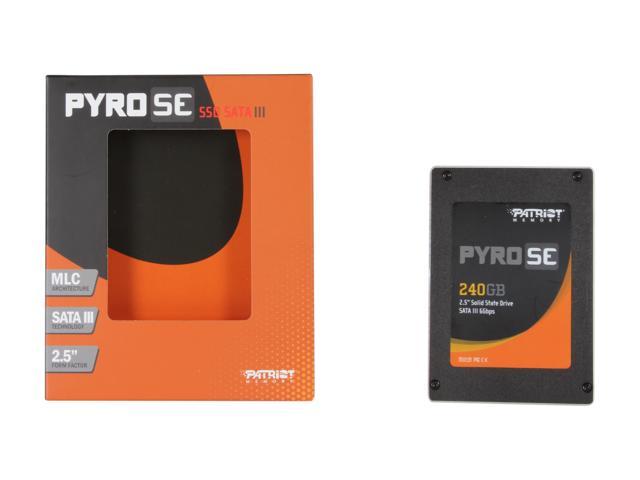 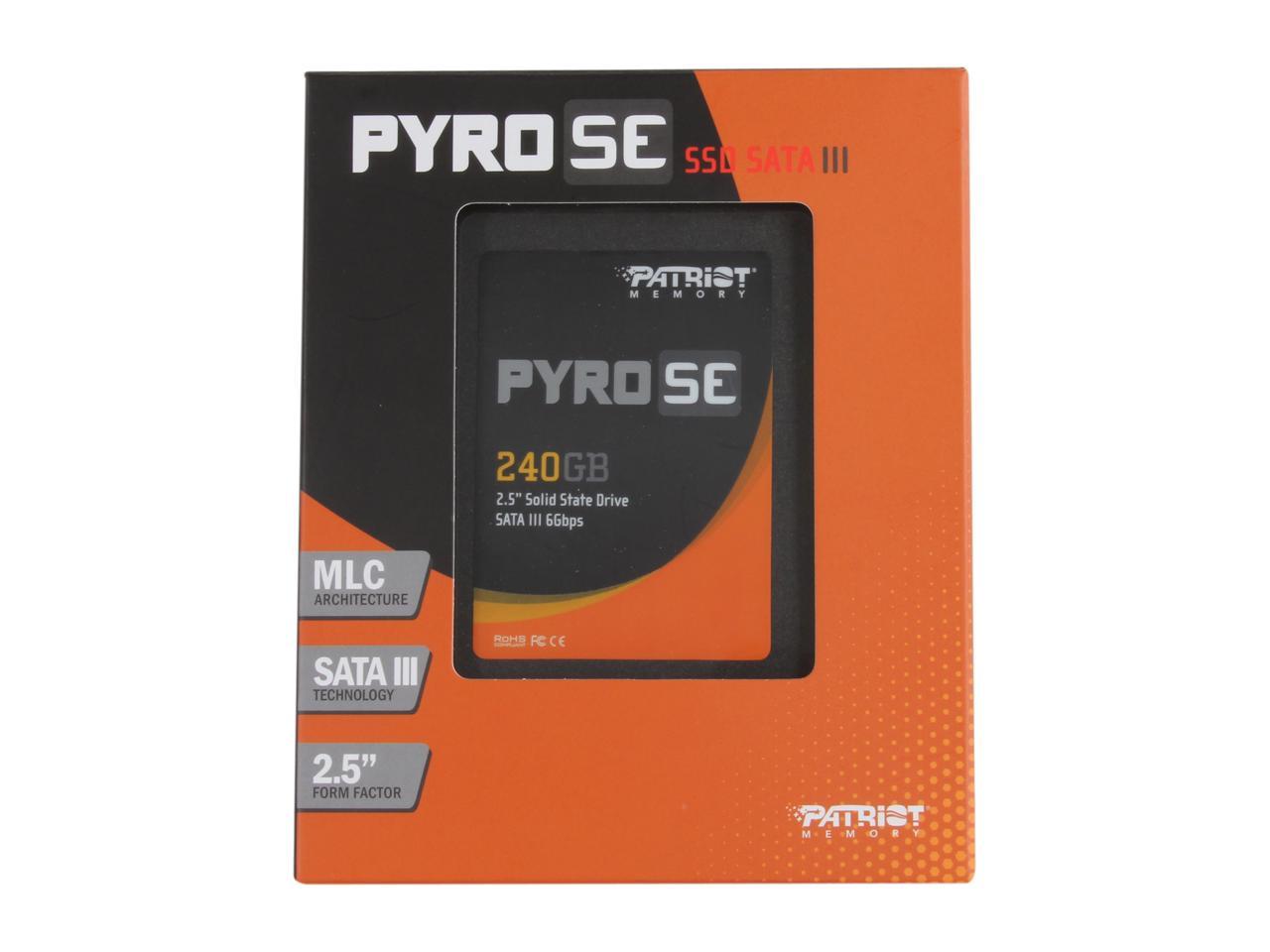 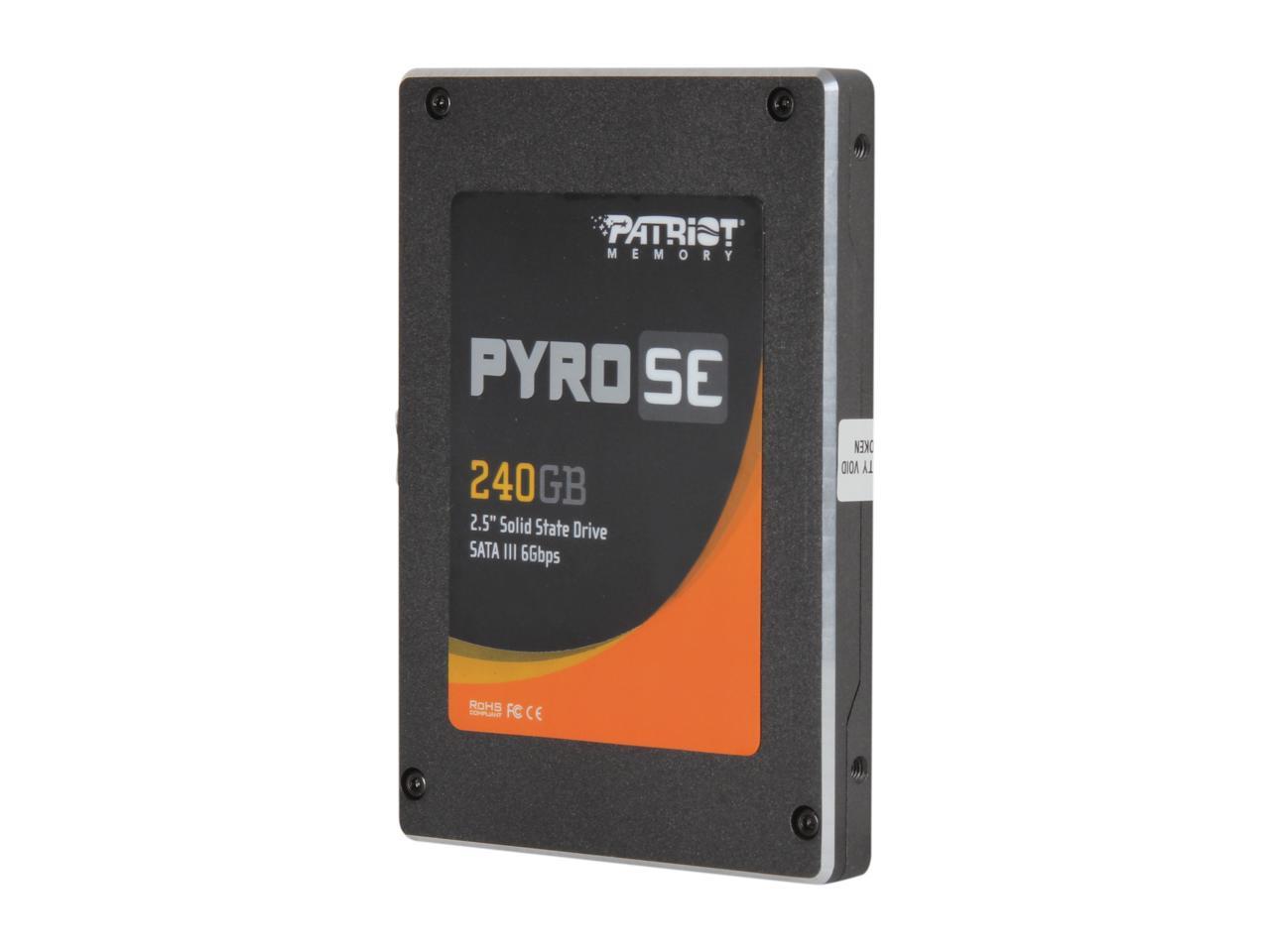 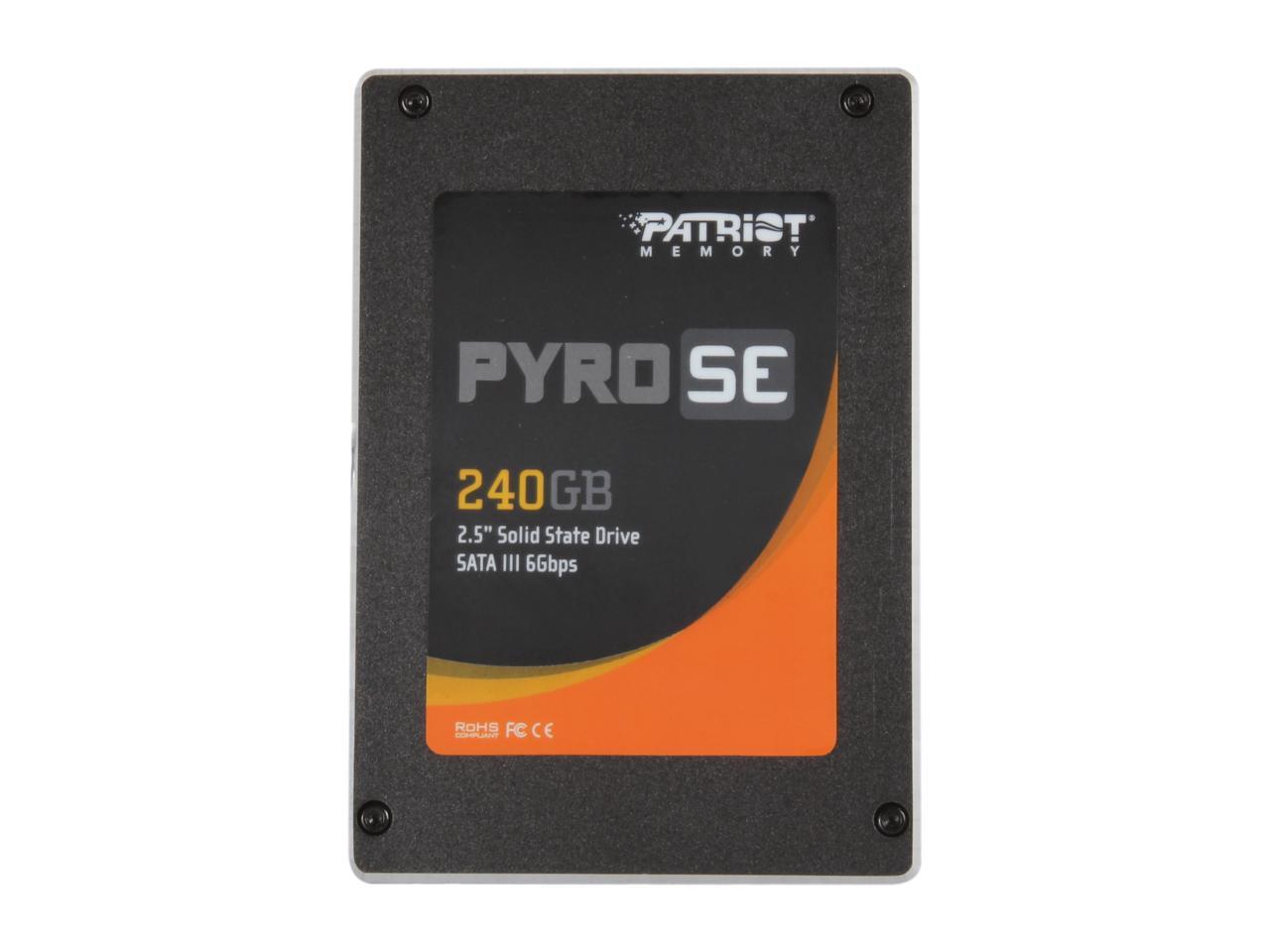 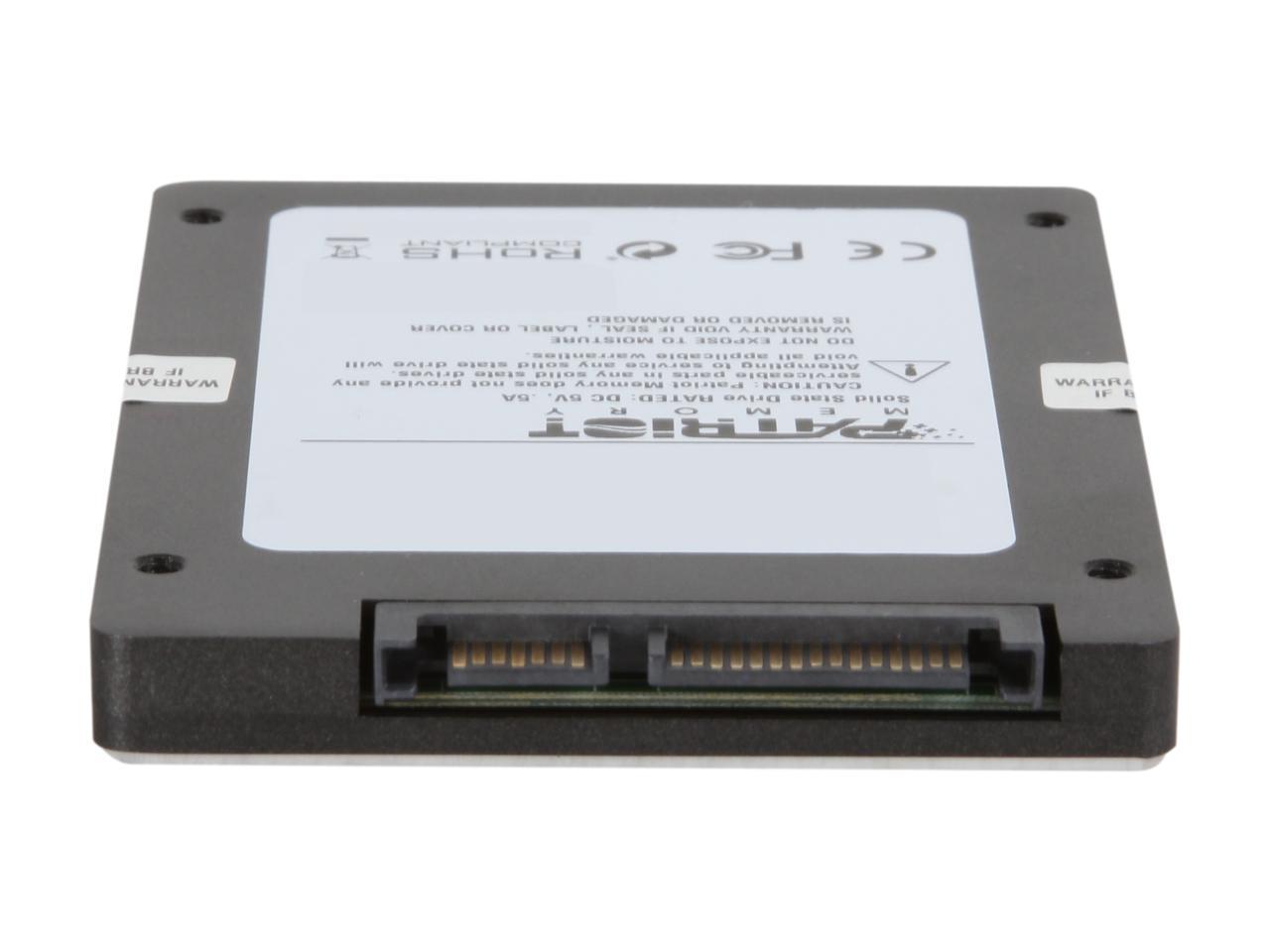 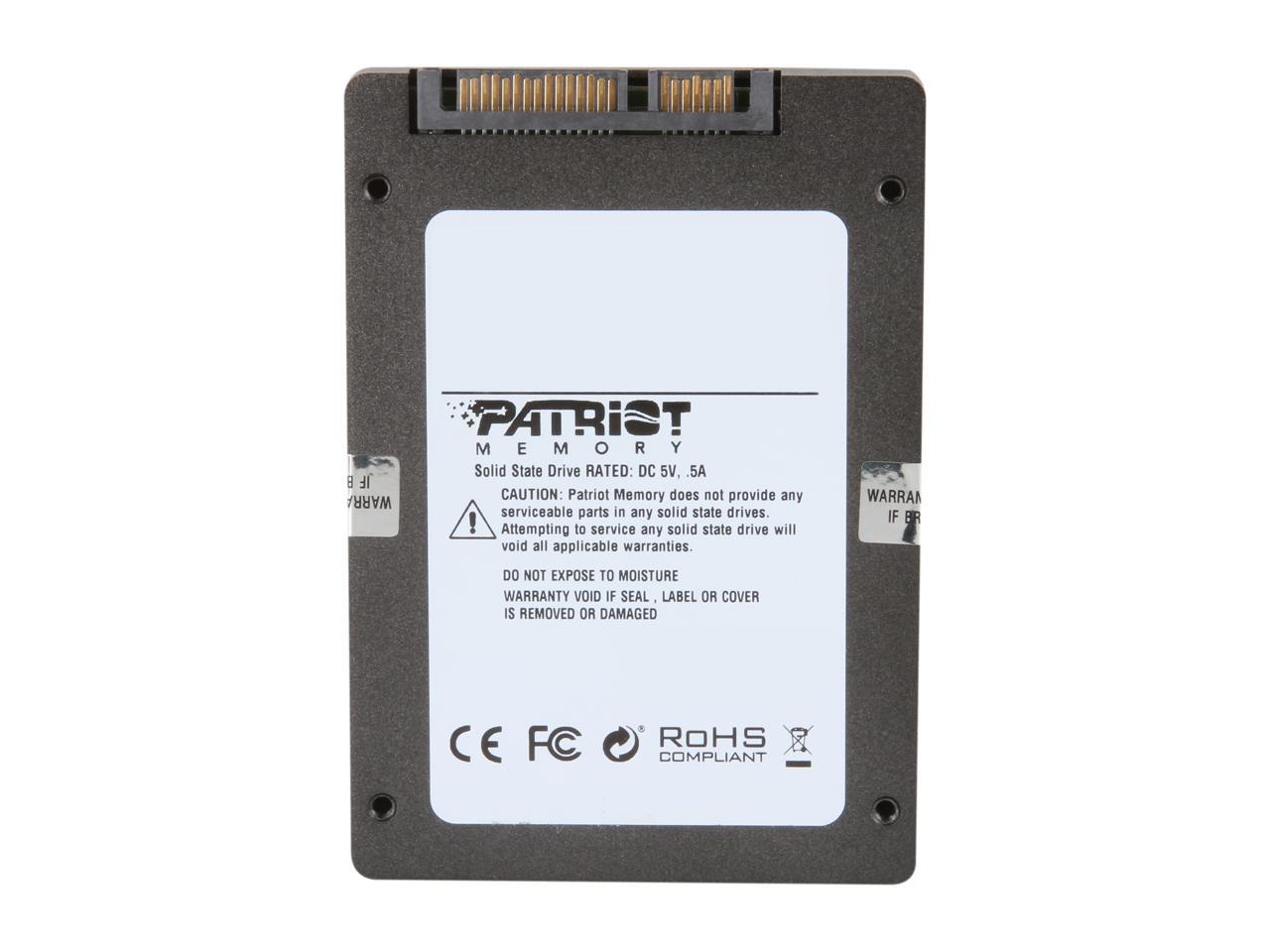 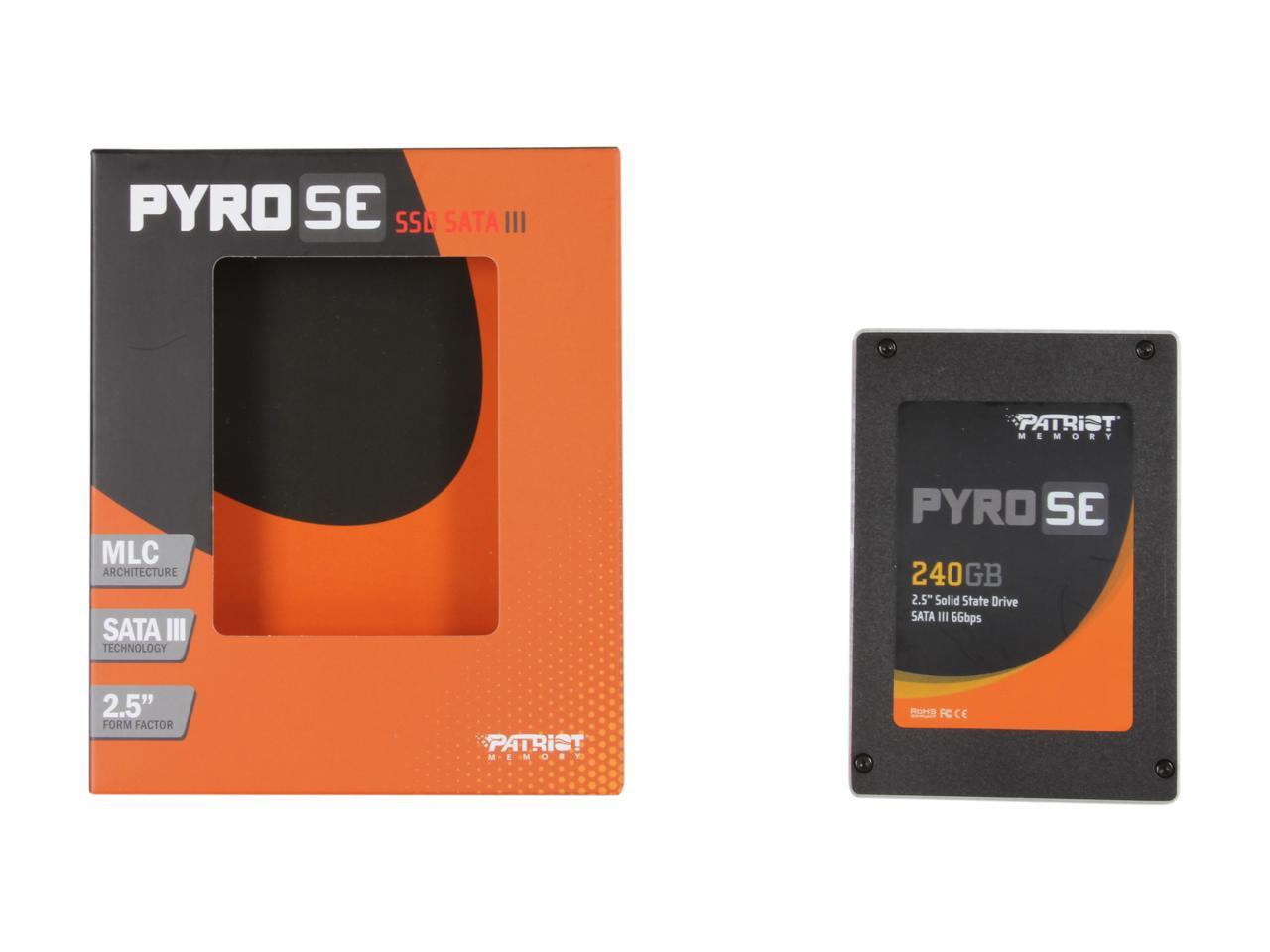 (4) Write a Review
OUT OF STOCK.
Overview
Specs
Reviews
The Patriot Memory Pyro SE is the perfect choice for those looking to upgrade to get blazingly fast start up times and near instantaneous access to their data. Powered by the latest SandForce SF-2281 processor and utilizing the ultra-fast SATA III 6 Gb/s interface, The Pyro SE brings the improved performance of synchronous NAND to the brand offering Performance Users and Gamers the speed advantage they demand.
To ensure the Patriot Memory Pyro SE provides rock-solid performance, technologies like TRIM, DuraClass, and DuraWrite have been included. Offering read/write speeds of 500+ MB/s, the Pyro SE will chew through large file transfers and make even the most demanding applications a smooth experience.
With the Pyro SE, Patriot memory has continued pricing very aggressively to offer one of the best price-per-performance ratios on the market. Backed by Patriot Memory's award winning build quality, the Patriot Memory Pyro SE will deliver one of the most reliable choices in performance class SSDs.

Cons: Higher priced than similar (read: almost identical) SSDs using the Sandforce SF2281 controller. The drive performs the tiniest bit better than others, but the speed difference does not justify the almost one hundred dollar price hike for the Pyro SE 240GB over other SSDs with the same capacity. I only bought this drive due to worries over competitors' drives failing, whereas this model does not appear to have earned such an infamous reputation.

Overall Review: Put this drive in my laptop, replacing a WD Scorpio Black HDD on an Intel HM65 southbridge, and am very pleased with the Pyro SE's performance so far. Windows 7 boot time has been slashed to virtually nothing, almost all programs and menus pop up instantly with everything fully loaded, and the lappy's battery life has been extended by at least 45 minutes. Very cool indeed. Be mindful though, I only have the drive about half full and am already seeing the write speeds decline a tiny bit in benchmarks. This is a common "problem" with these Sandforce controlled drives, as the drive fills up the write speeds drop. Thankfully read speeds are not effected.

Overall Review: Had it less than 6 months then failed / died. Sent back to Patriot and with absolutely no hassle, and a week later received a new unit in the mail. They stand by their product and have a wonderful replacement program. Hope this one stays alive, lol

Pros: windows index disk data transfer went up to 7.9 indeed, which is the maximum. Sata III interface is suggested though.