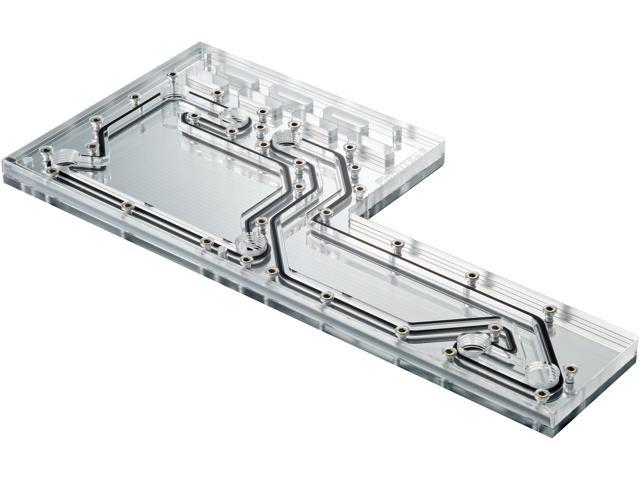 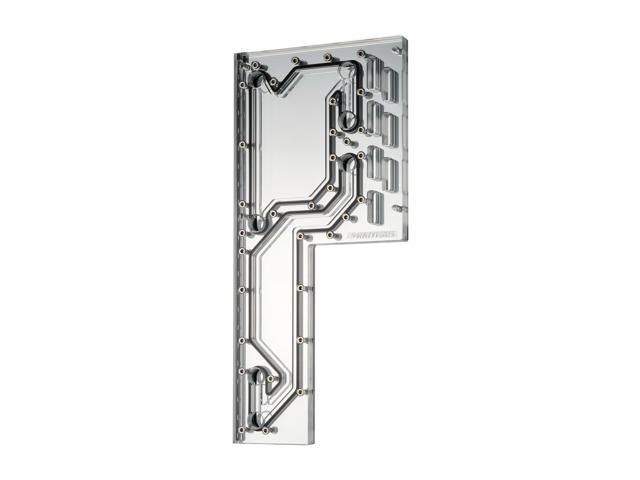 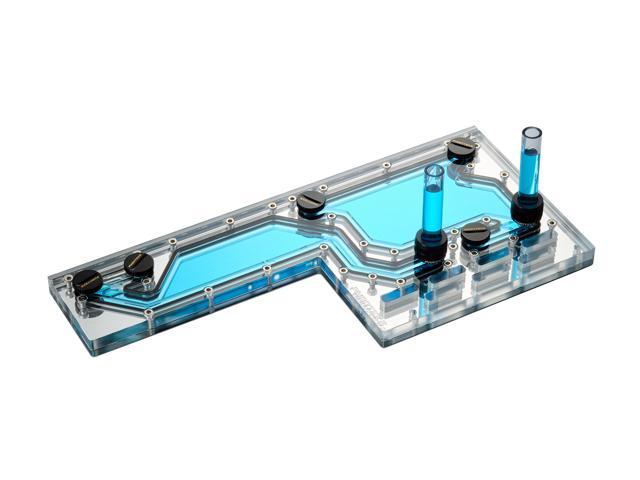 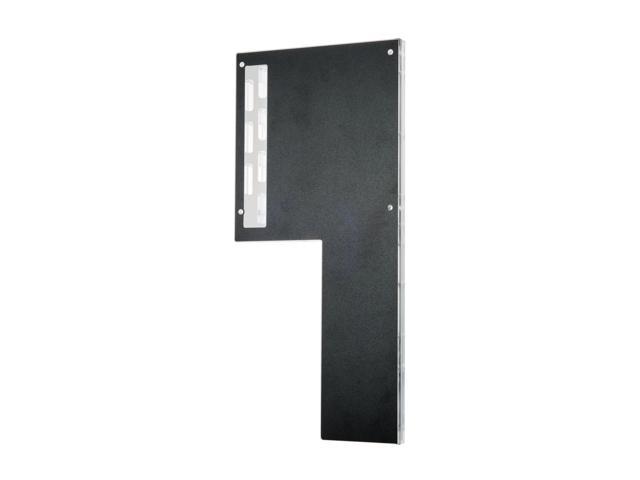 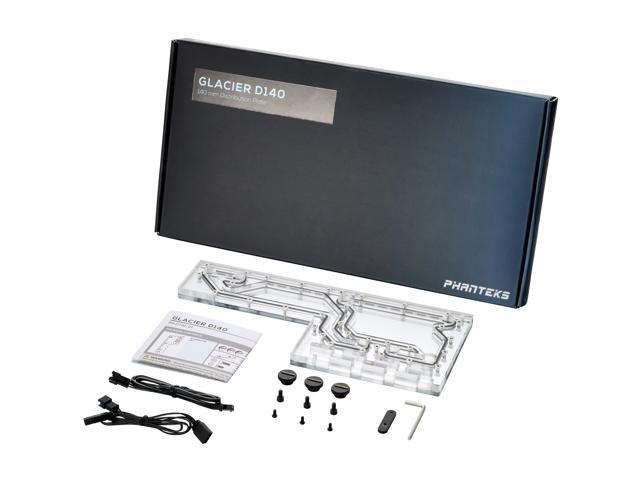 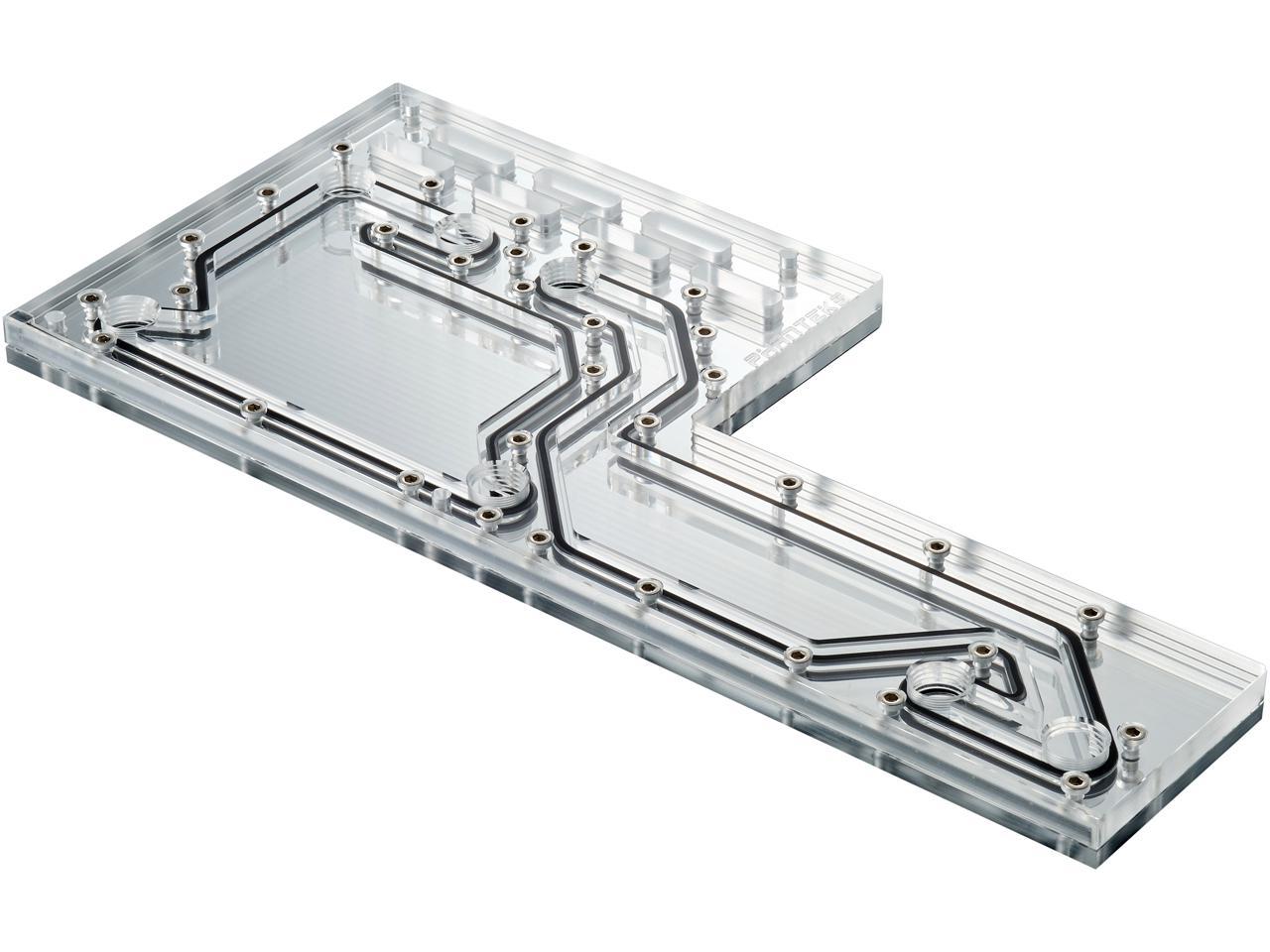 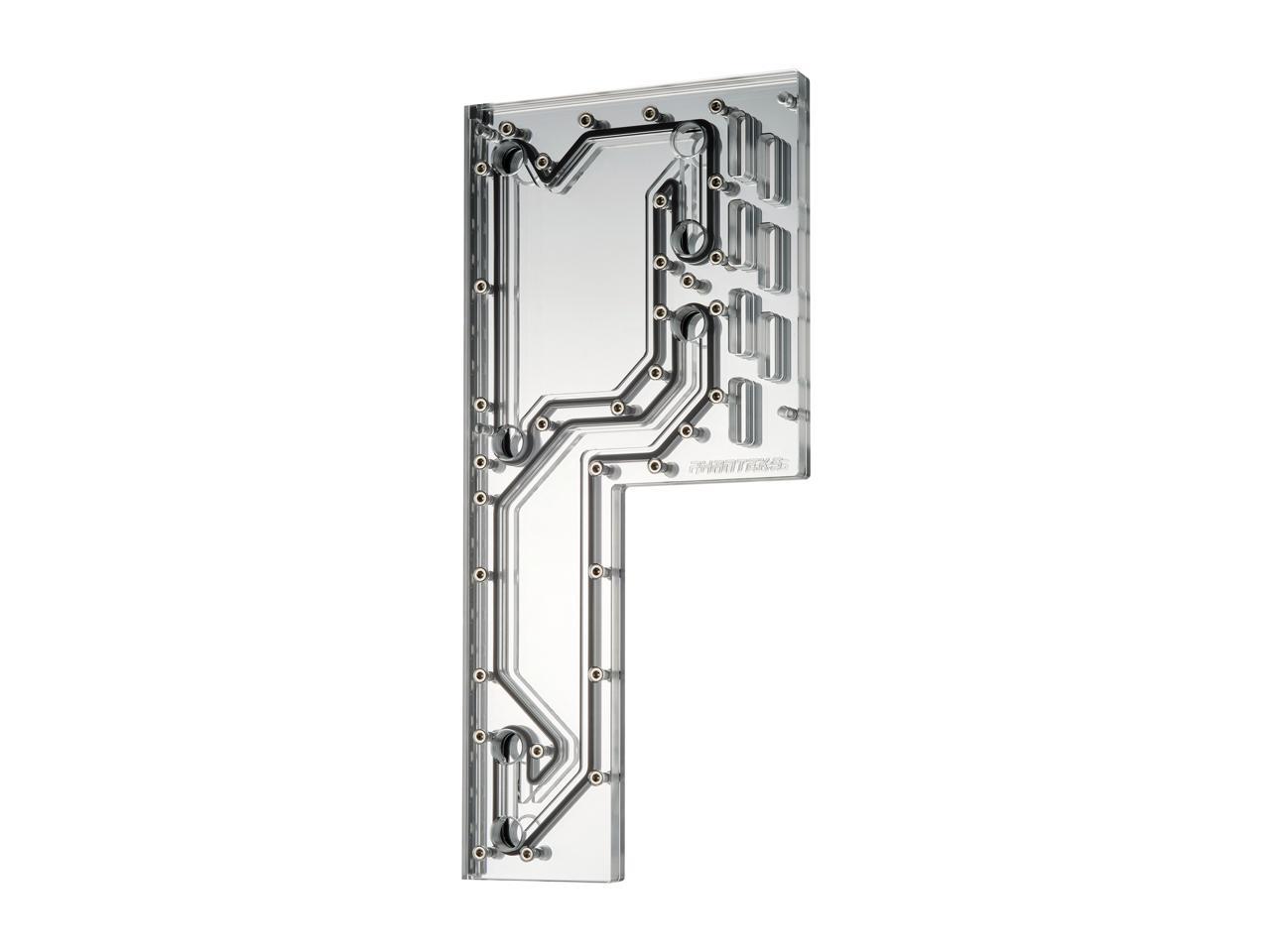 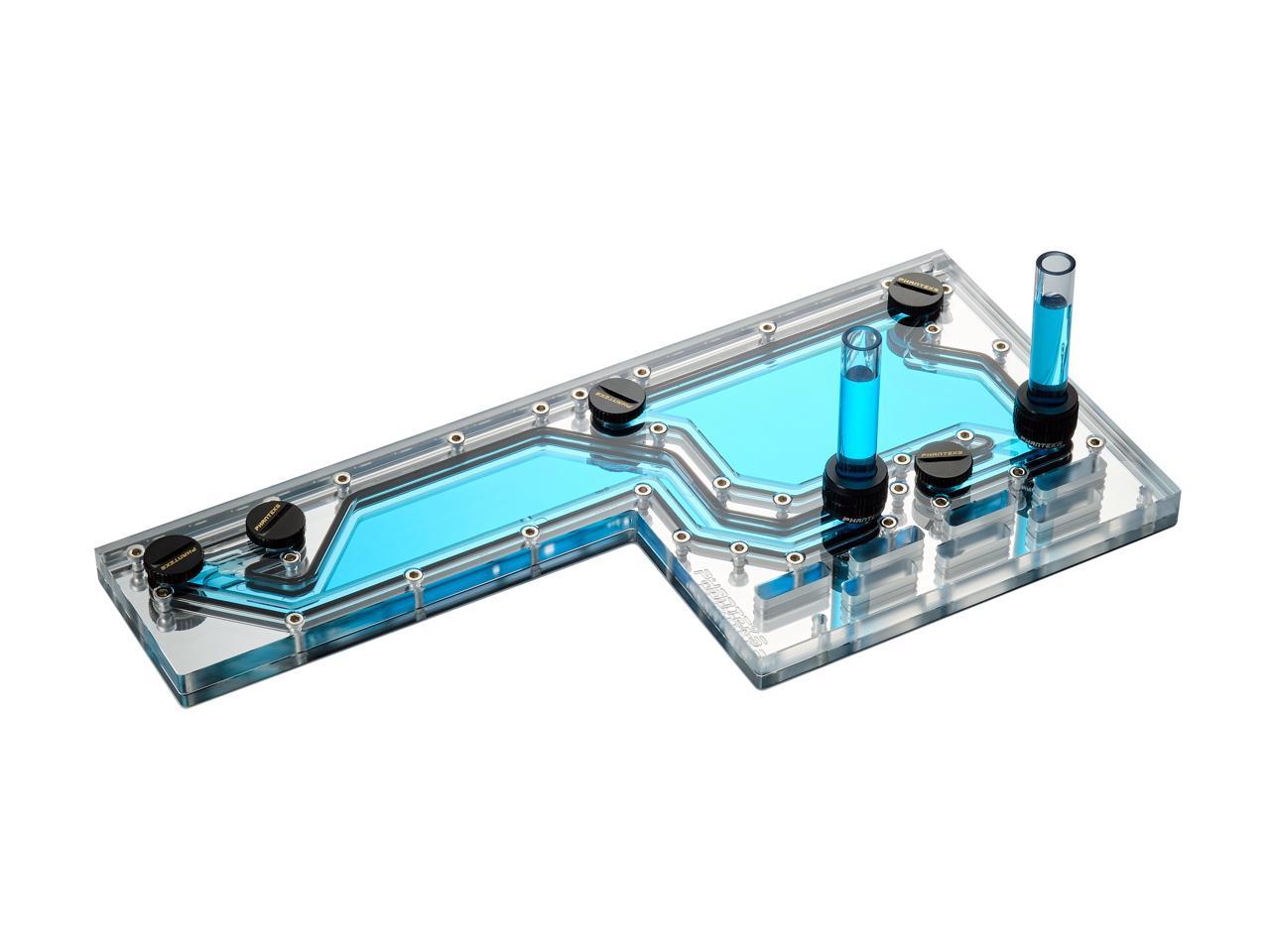 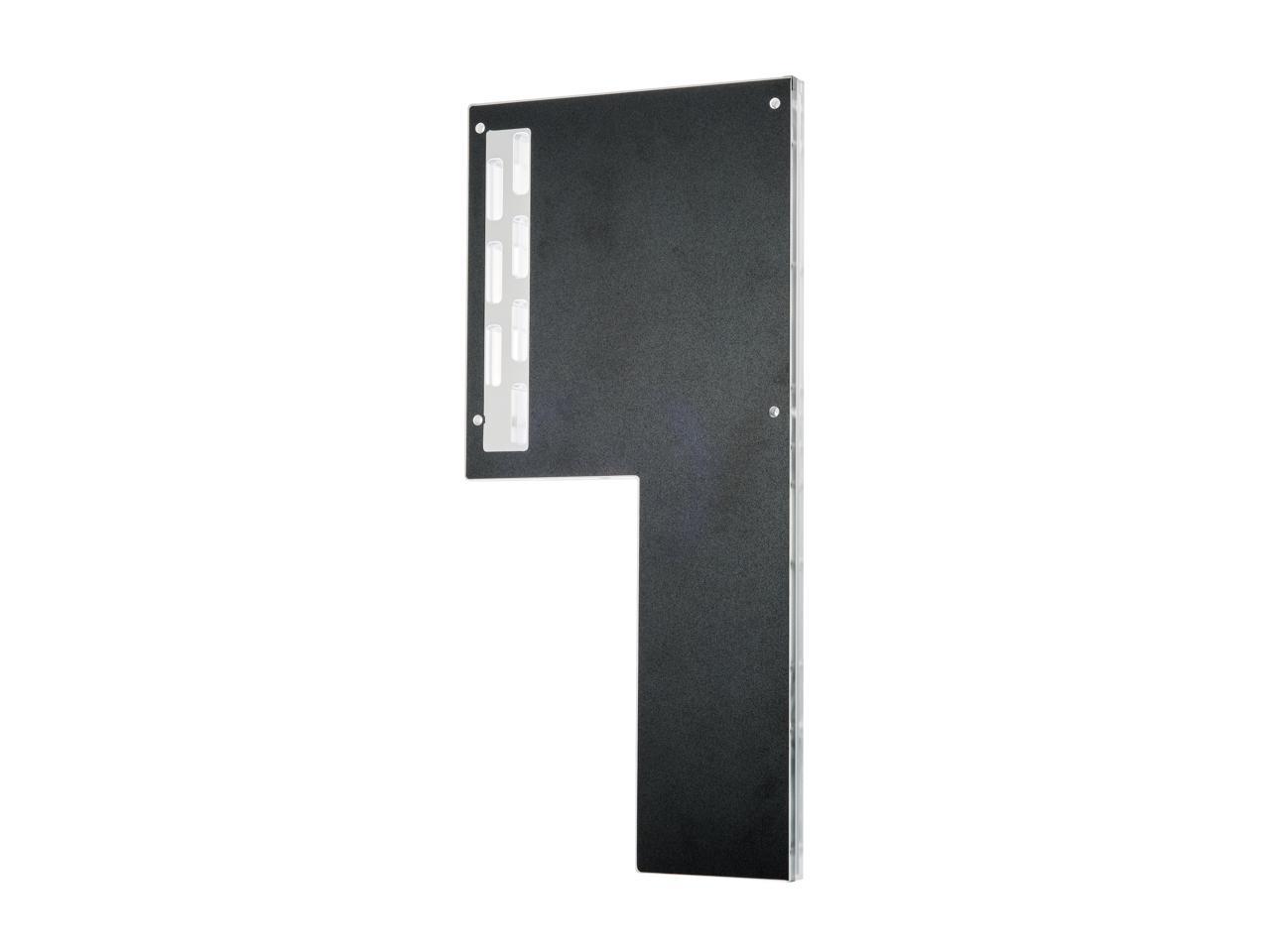 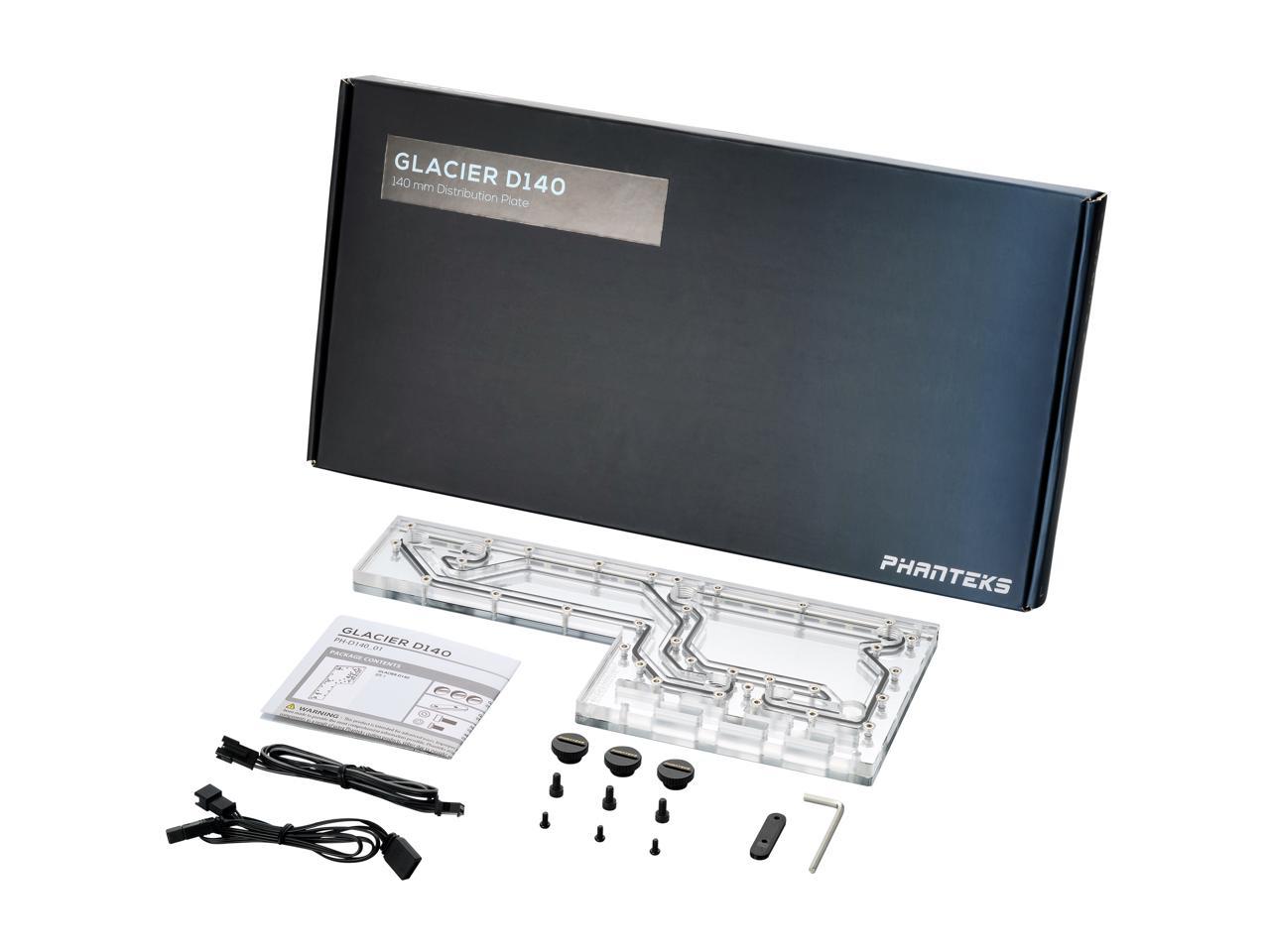 The Phanteks Glacier D140 distribution plate is designed to fit in ATX chassis with rear 140mm fan position, and offers easy water loop planning with dedicated inlet and outlet ports for CPU and GPU. Moreover, air vents push airflow to every component on the motherboard to improve your entire system cooling capacity. The integrated Digital-RGB lighting and mirror backplate also provide impressive aesthetics to your gaming rig. The great durability makes it a reliable choice you can count on. Pros: Super easy to install and hook up

Cons: Has not got me laid

Overall Review: Fantastic quality and fits perfect in the case even with an XL mobo installed. Wife is not pleased.

Pros: -beautiful quality -rgb lights -comes with a little bracket to mount your gpu screws from the outside of the case, this bracket also holds my heavy gpu much better than the case did. this little bracket will travel with me for life!

Overall Review: would buy more if i could fit more in my case

Pros: -can be modded to fit in a 120mm fan mount rear exhaust with some cutting without compromising any integrity or getting to close to any screws -looks pretty -GREAT with ek mystic fog -Lets you run cpu and gpu blocks in parallel instead of series so you dont have to deal with one being affected by the waste head of the other before it goes through ALL your rads -air bleed/fill port really speeds up loop fills when used in tandem with your main resevoirs fill ports -also can be used to run a double loop as it has 2 separate chambers (like if you wanted to do one color coolant in a dedicated loop for gpu and a different color in a separate loop for your cpu, it looks cool with both color coolants in it at the same time. -i got it working in my o11d-xl even with 120mm rear fan mounting on that case -universal fit for any case with a rear 140mm fan without modding needed

Cons: -some people have issue with the layout of the inlets and outlet parts saying it makes hard runs mnore tricky, and i admit i had to use offset bends in my acrylic to get things properly lined up with my other parts but thats just something that i feel should be taken as expected in any hard tubing build it cant all be easy 45 and 90 degree bends, you wont have this issue with soft tubing though obviously -acrylic so DO NOT CLEAN WITH ALCOHOL or it will leave any surface touched cloudy and white -not rated to be used if your cooling cant keep your water under 60 degrees C

Overall Review: -yes its great and a nice acent peice because lets face it both and empty fan slot or a single non radiator fan in the whole build being on the rear exhause of a custom lop build always ruins the asthetic somewhat, this distro plare totally resolves that issue and gives something that actually looks like it belongs in a water-cooling build to finally take up that rear fan mount