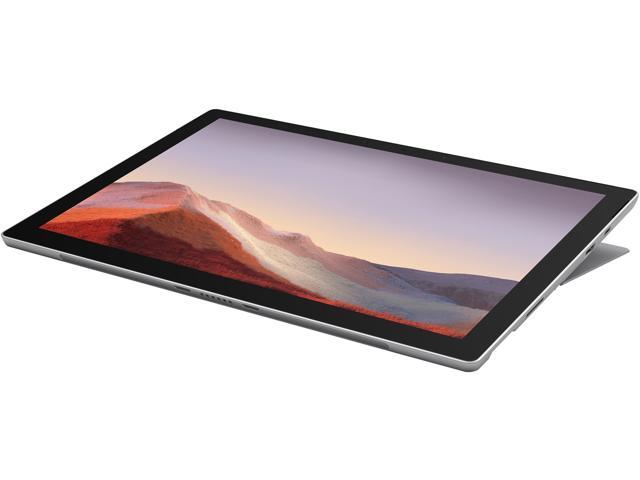 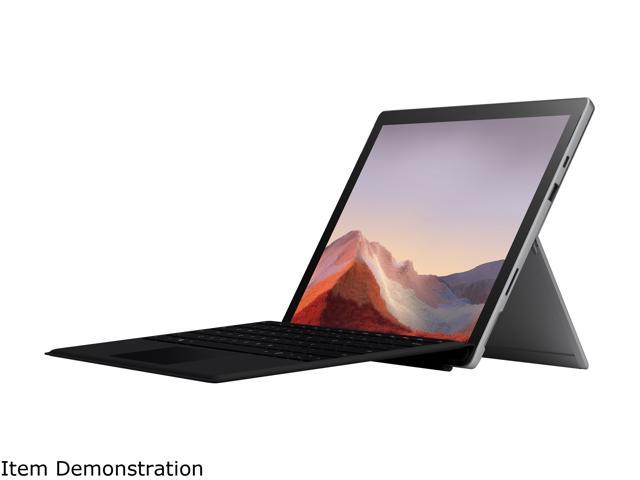 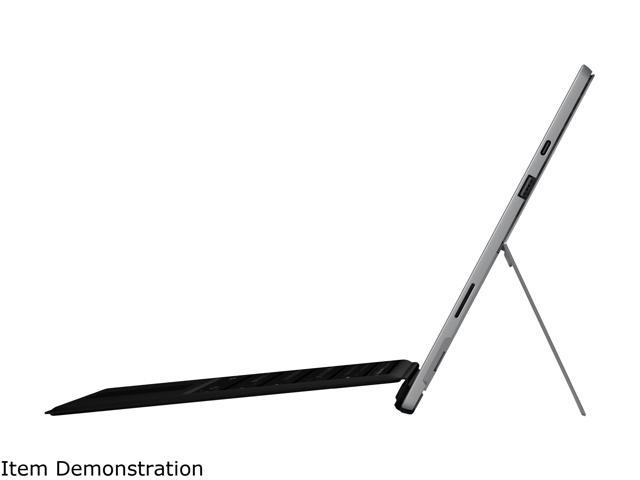 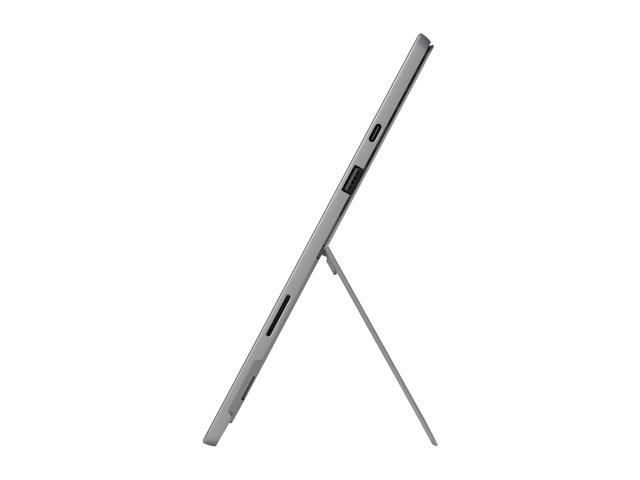 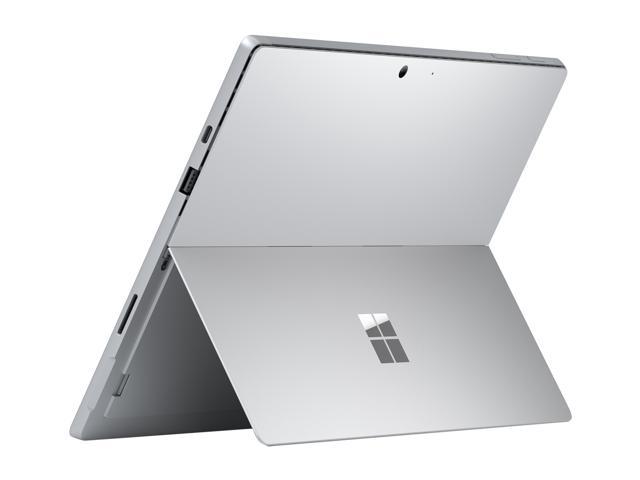 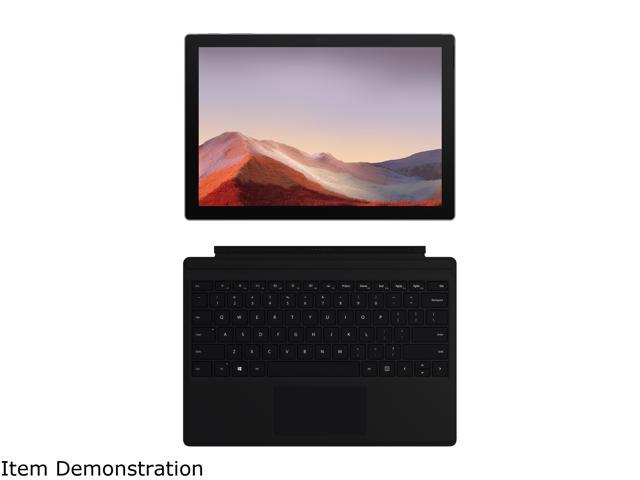 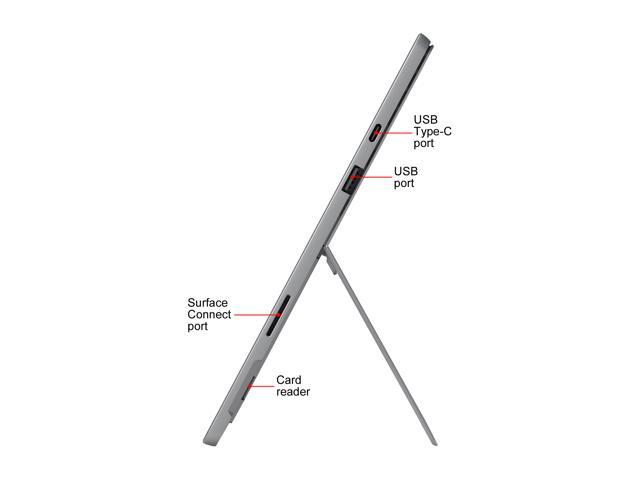 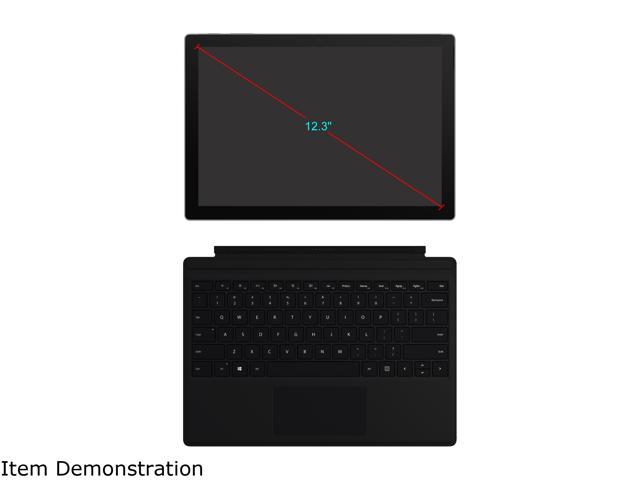 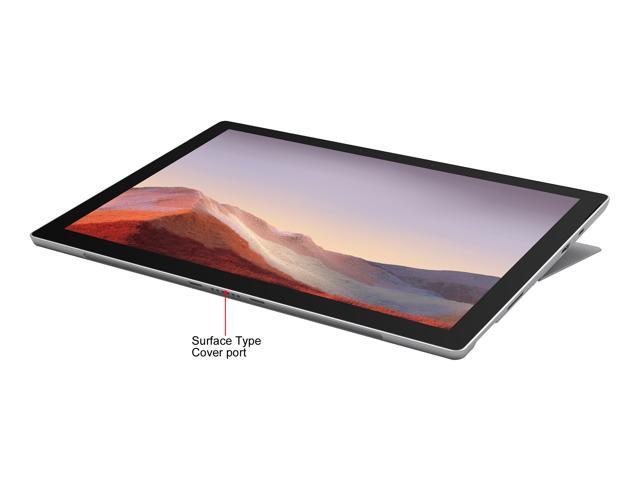 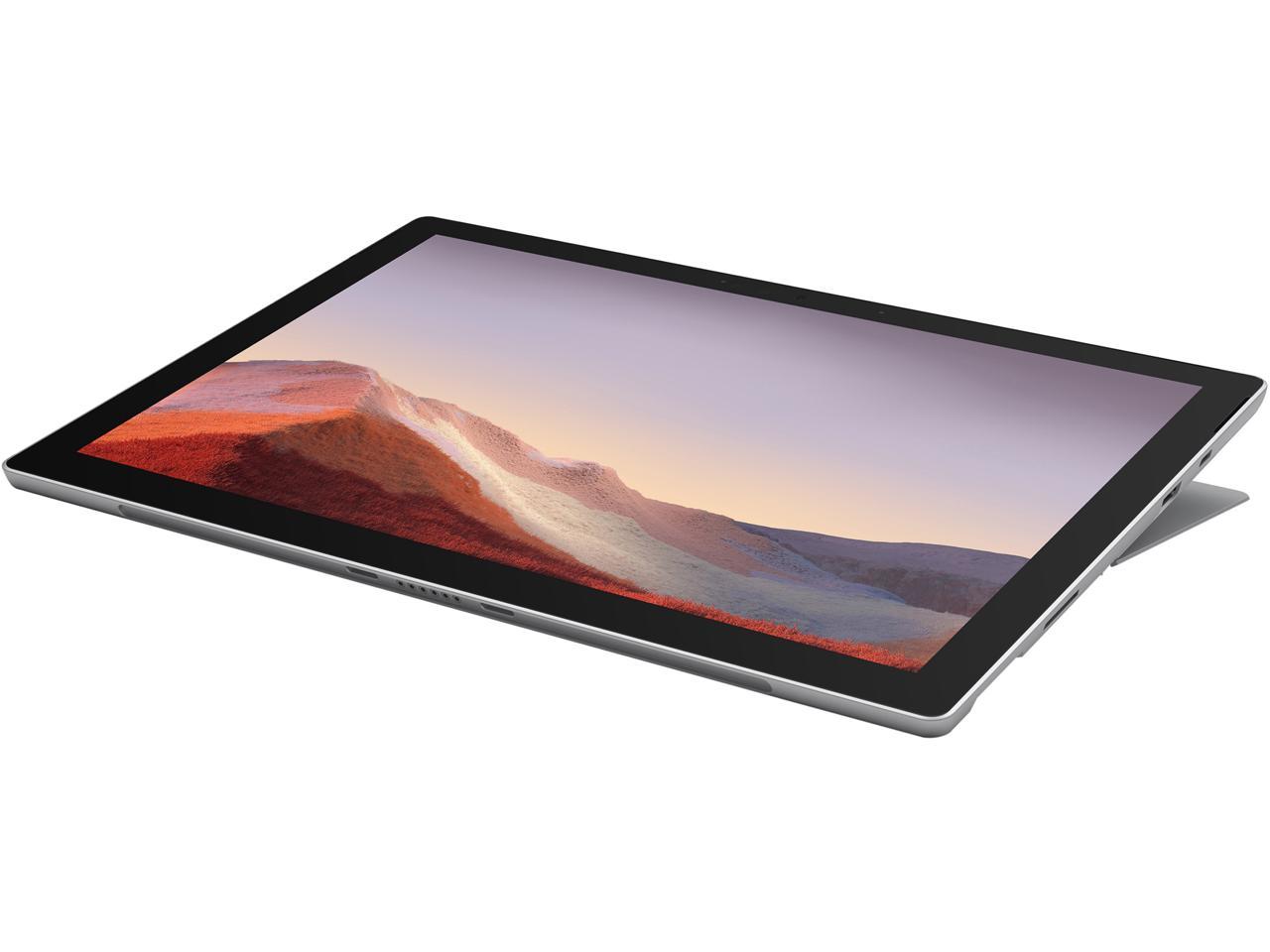 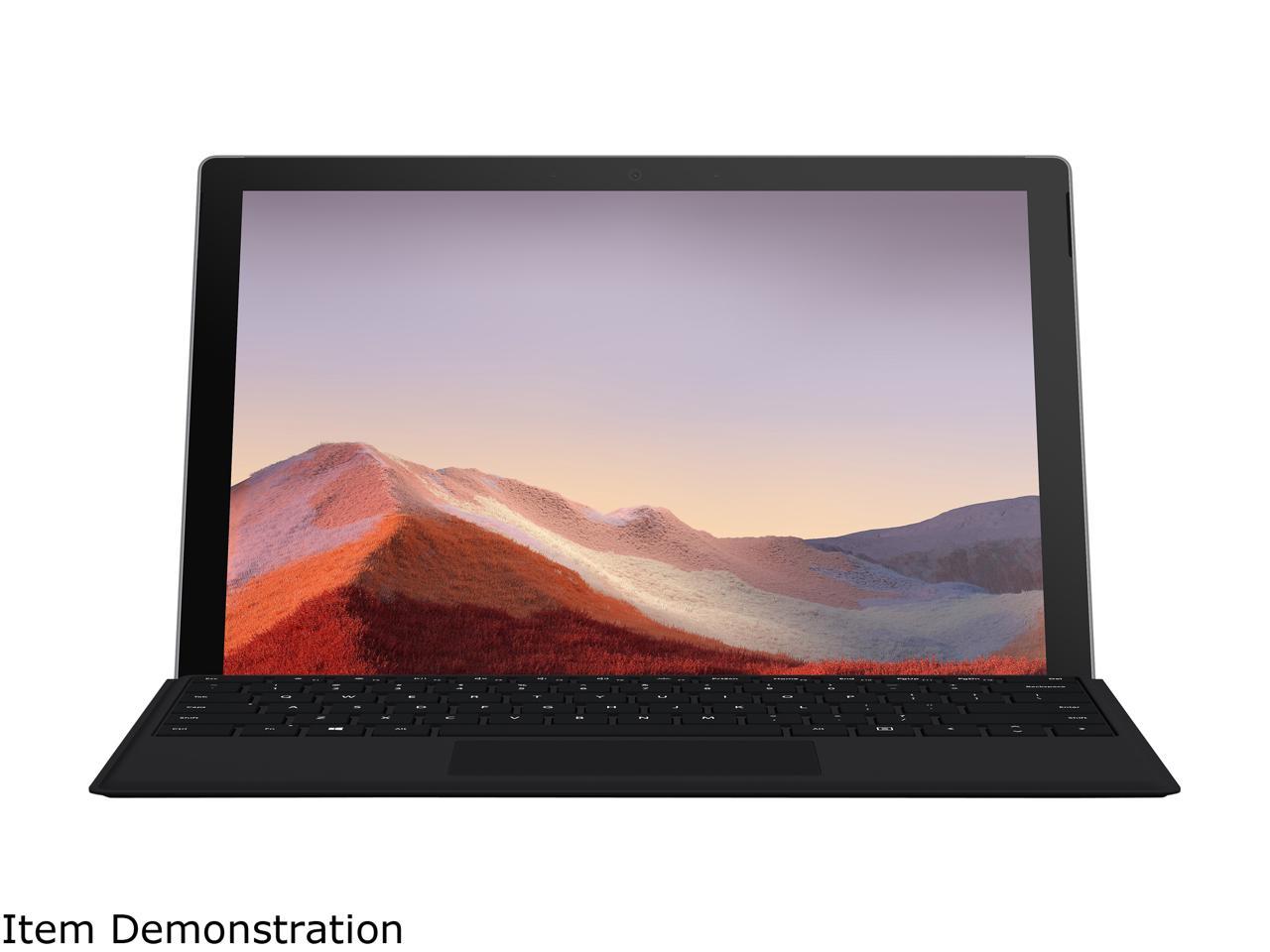 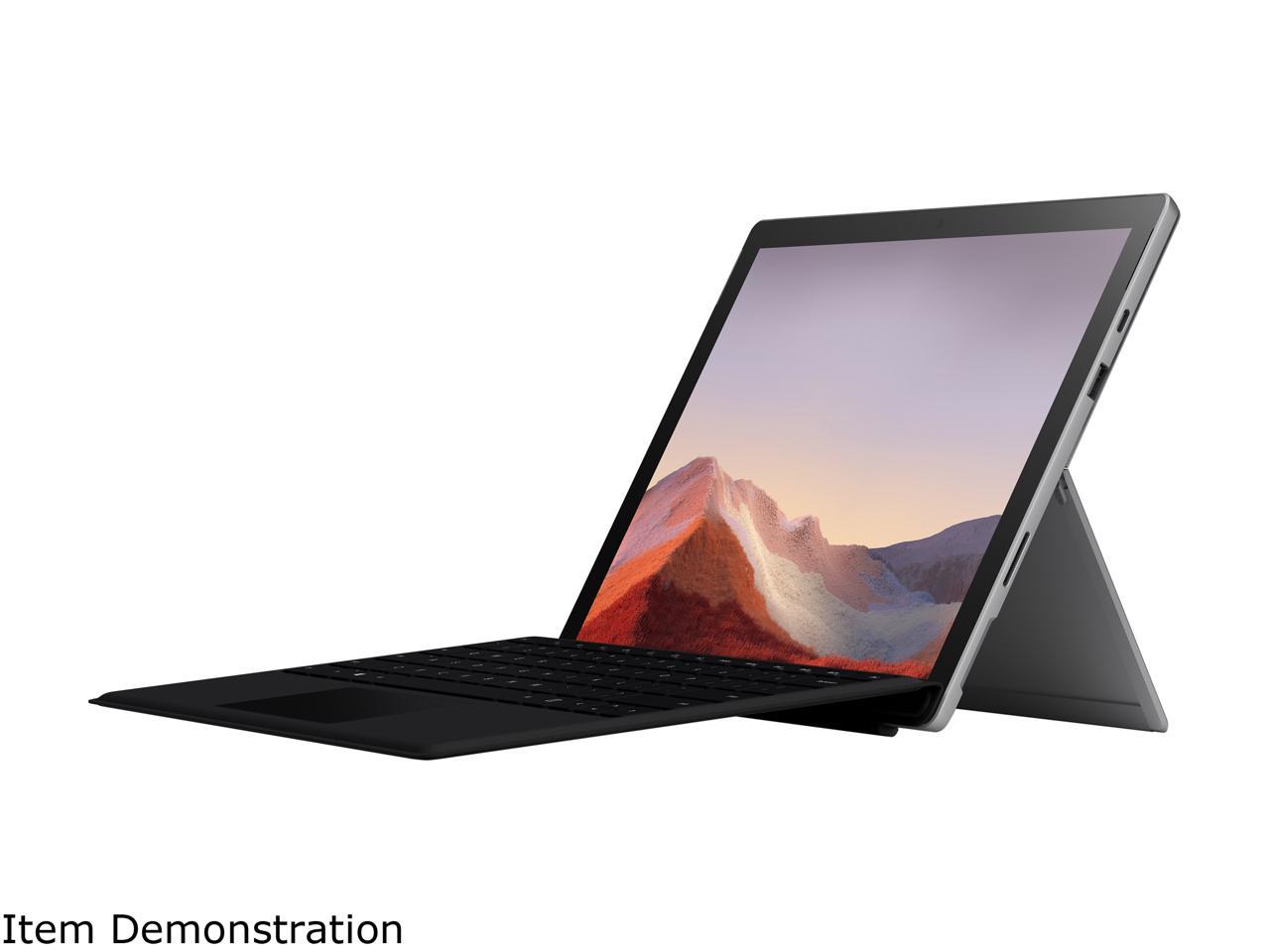 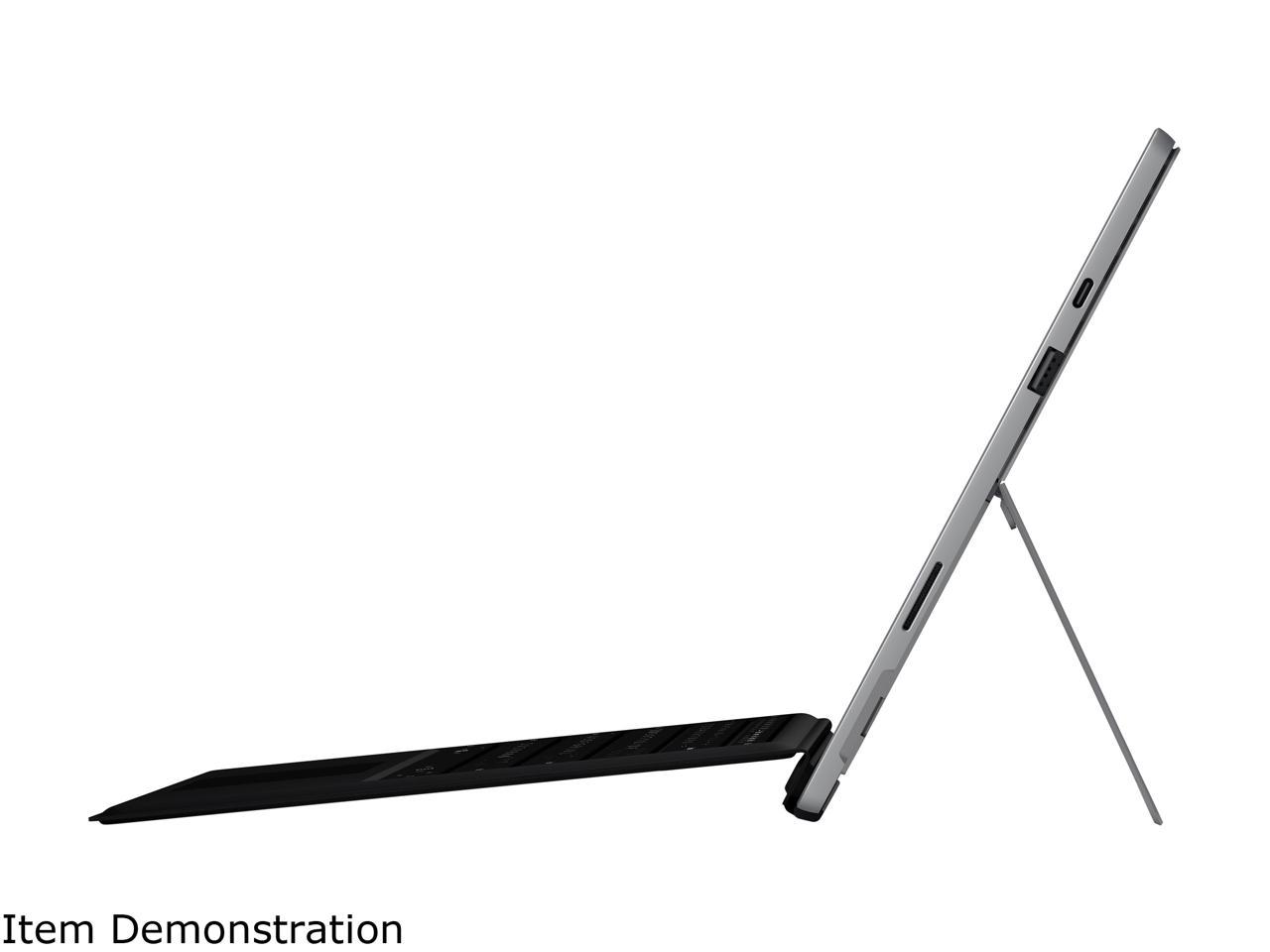 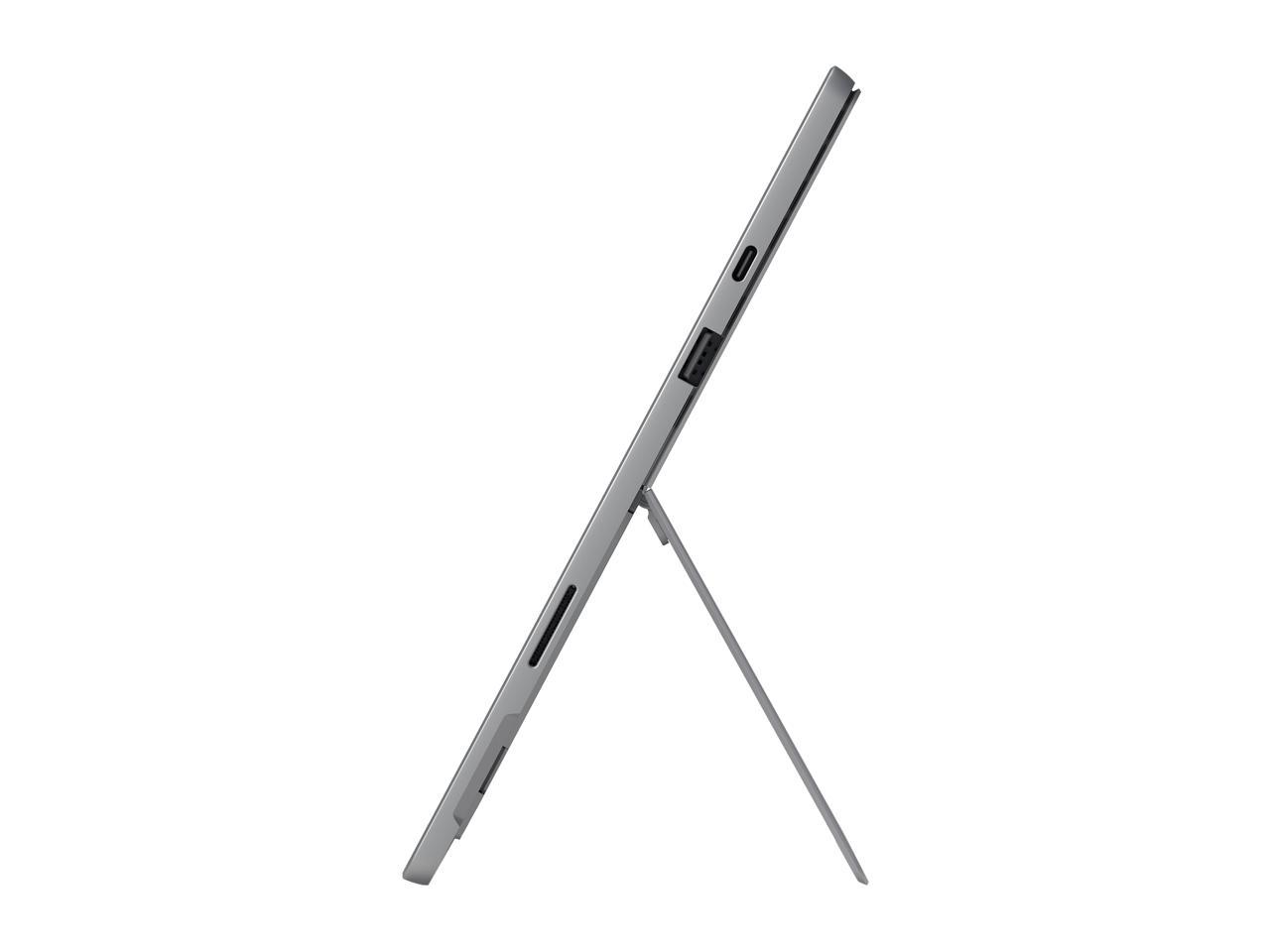 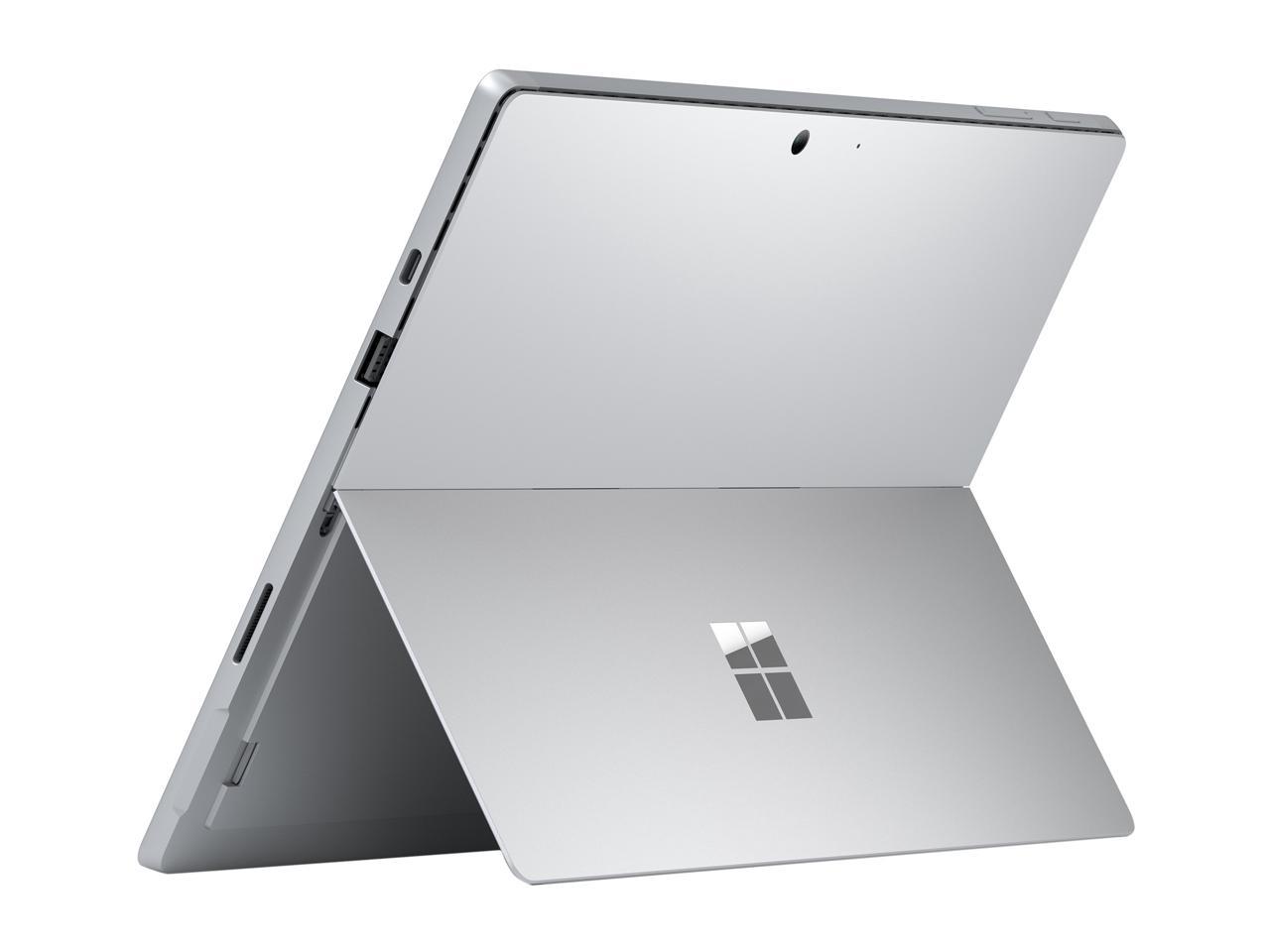 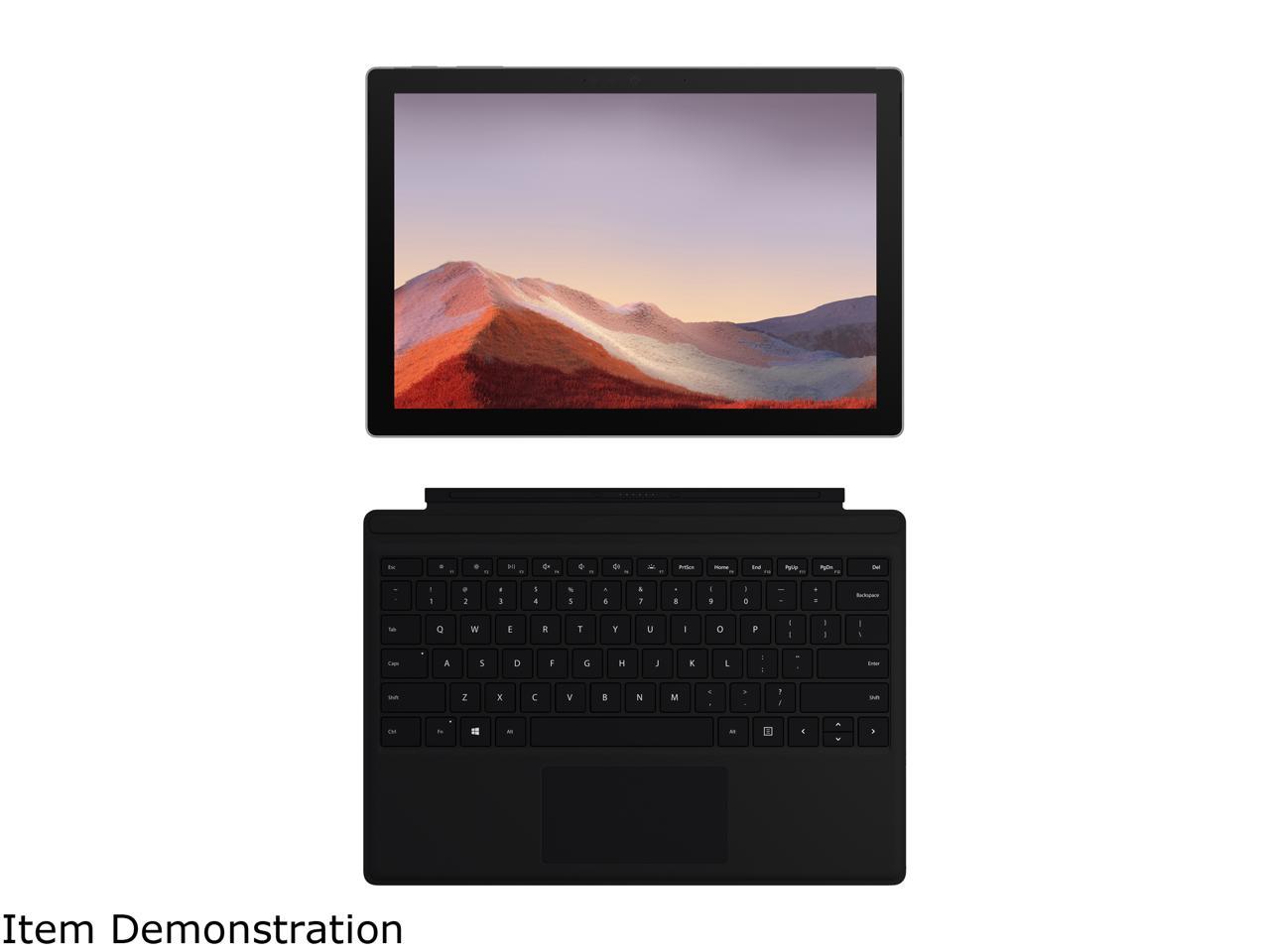 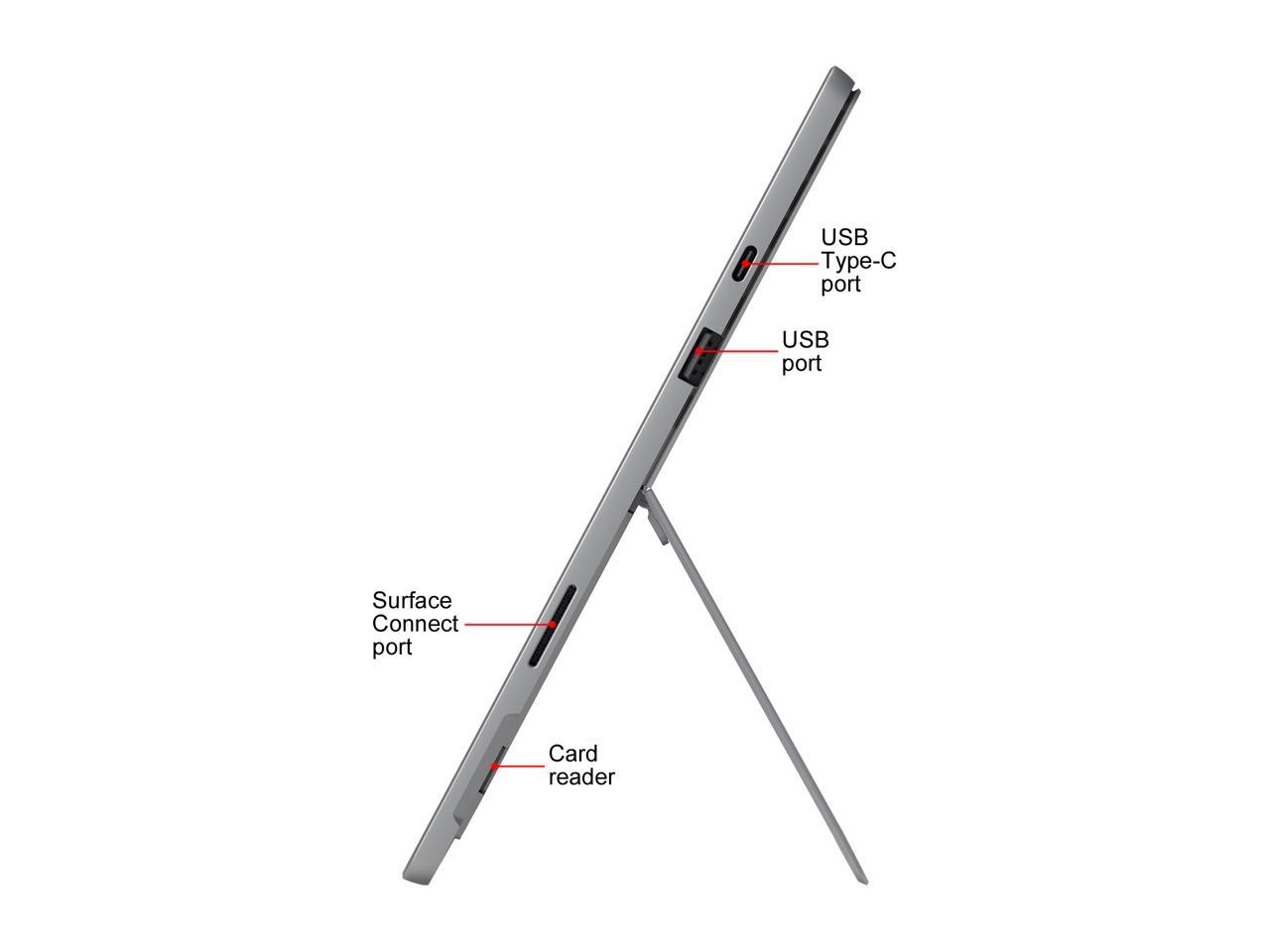 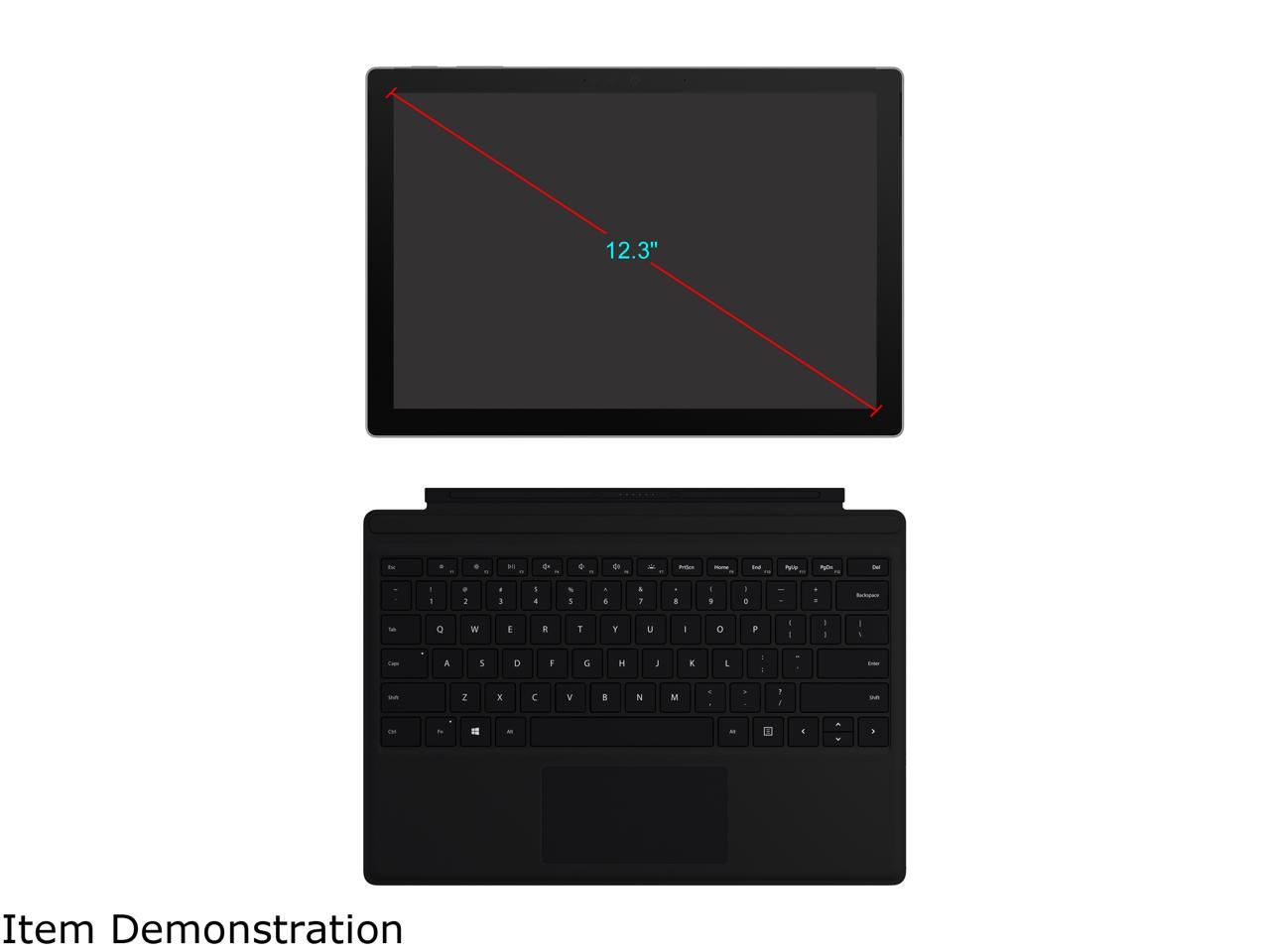 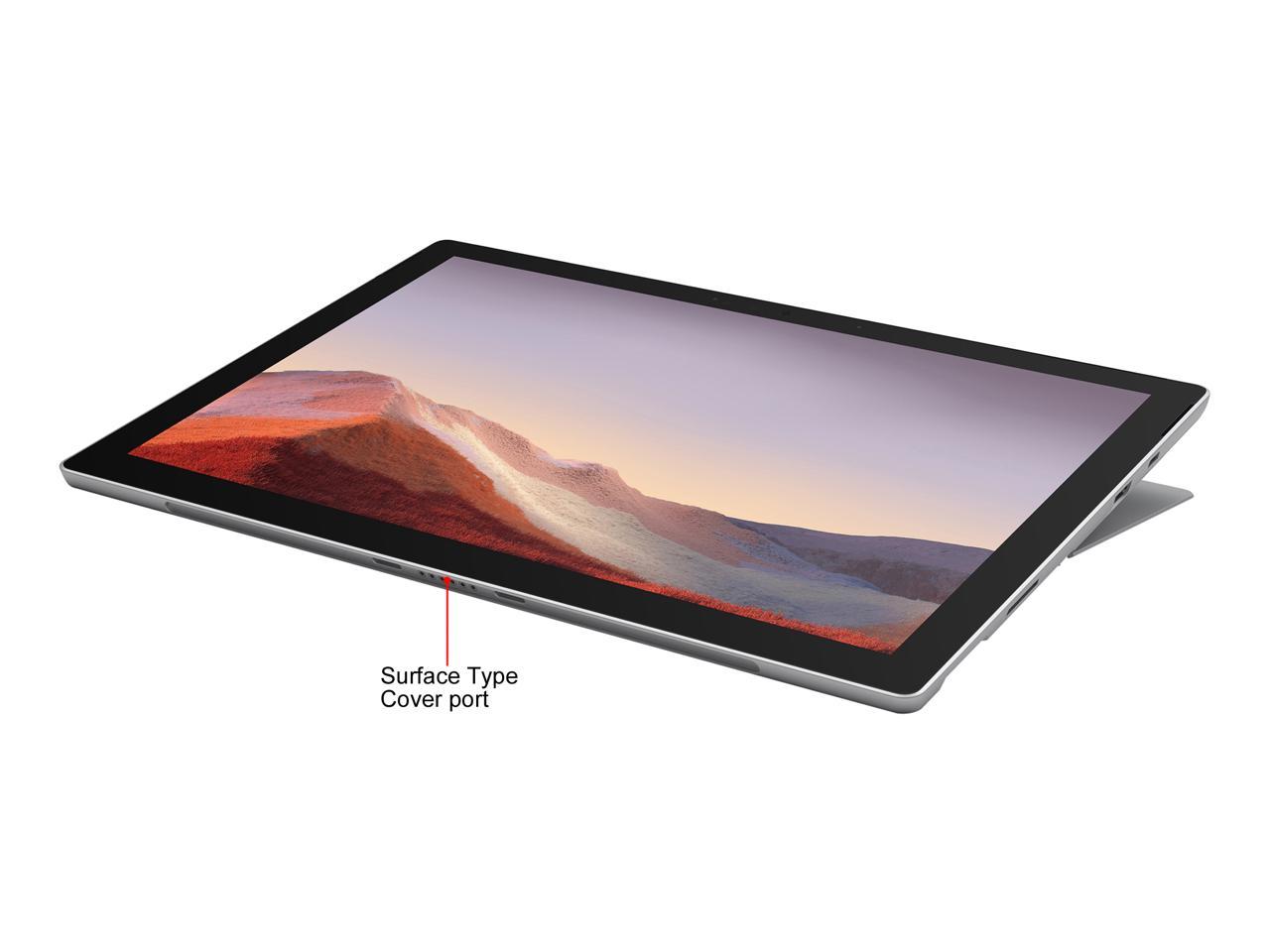 Learn more about the Microsoft QWU-00001

Pros: -Same efficient Surface Pro design I was familiar with and fond of from the Surface Pro 4. -Lightweight and good for travel. -USB-C in place of the old video port offers a lot of POTENTIAL for expansion (when it works). -Still is Micro SD Card Memory expandable.

Cons: -Touchpad on the cover is inconveniently placed for typing. You have to keep your right hand elevated floating to keep it above the home keys which wears on the right shoulder over time since you cannot rest your wrist down without hitting the touch pad. -Battery is still not replaceable so once you have battery trouble (particularly swollen battery which occurs after a few years) your computer is for the most part un-repairable. It is quite possible the following are all Windows operating System related so it is hard to directly attribute them to the device but I did not have these issues on the Surface Pro 4 (which was professional edition and I had automatic updates turned off): -Computer will not hibernate and battery is often dead by the next day, potentially damaging battery in the long run. Despite having followed all tutorials online to make is so nothing other than the power switch can wake the computer it still seems to be 50-50 chance the computer will be drained upon waking it from hibernation. I know the hibernation "save" worked because the applications are still open once I have the battery charged back up. -USB-C keeps failing to recognize what gets plugged into it or will repeatedly disconnect and reconnect. Eventually its gets bad enough I need to reset the computer so devices are recognized properly again. It is particularly bad when using a USB-C Hub to try to connect several devices at once, but even single devices (particularly when connecting an external display) have been problematic. Printers that have always worked with my old Surface Pro running the current version of windows do not work on this computer for some reason. Window's search for printer drivers has repeatedly failed and I had to use downloaded generic drivers to make the connections work. Plug and play has not worked once and wireless connections have worked (occasionally) the first time but failed the very next day requiring the printer be uninstalled and reinstalled. -Touch Pad will stay on sometimes even though I have it set up to turn off when a external mouse is set up.

Overall Review: Minus the touch pad and the battery not being replaceable I really like this device hardware. However, the software issues on this computer have been a massive headache. I have been tempted to return the device but my biggest issues may all be Widows related in nature so a new device would likely behave the same. For a native Microsoft device I really wish Microsoft would fix their own compatibility issues.

Cons: - Precision could be just like a tiny very tiny bit better. - Not a big fan of the keyboard. - Pen should come with the different tips.

Overall Review: I am now on my second semester since purchasing this device. And it has been put to work in this time. Mathematics Major with a Minor in Business. While I still like to scribble some math work on my notepads at home I tend to opt to do most of my work on the tablet even when at home. The ability to work on a problem without wasting dozens of pages (Math Analysis Proofs) is great for my sanity. All my work is on OneNote and that is basically the only thing I need with me at all times in school. No more half dozen notebooks in my bag... Just one surface a small notebook just in case of emergencies and that is it.

Pros: I bought this for my 13 year old granddaughter. She has not received it yet but the setup was easy and the little I have used it, I like it. I still have my original Surface Pro and have always trusted it to preform flawlessly for me. This one should be just as reliable.

Cons: Nothing negative so far.

Overall Review: I would definitely recommend this Surface Pro 7, as a matter of fact I would buy one for myself if my old Surface Pro stopped working.

Pros: - Came with the type cover - Doubles as a laptop OR a tablet - Lightweight and speedy

Cons: - Not used to magnetic attachments so charging cable and type cover sometimes disconnect on me. I'm sure I'll get used to that.

Overall Review: I purchased this to replace my 5-year-old Dell laptop, and also because I wanted a tablet. It's worked beautifully for both purposes and I can't believe how much easier it is to tote around compared to my laptop. My dad has a Surface 3 or 4 and had to borrow this for a few days and came back raving about how much cooler it is than his older Surface. The screen feels like just the right size for me, a little small for work but tolerable when needed, and any bigger would be too big to comfortably be used as a tablet. I love that I have all the power and capability of a laptop but can just turn it on and off as easily as a tablet.

Pros: Can be a laptop or table. Came with a keyboard. Very portable. Kickstand in the back is a nice addition.

Overall Review: I ordered the 8GB RAM and 128GB SSD, and I have been very impressed by its performance since I received it. I would recommend this Surface Pro to anyone. There are other RAM and SSD options available to fit your needs. If you are using and external hard drive, the computer puts it to sleep after about 10 seconds of idling. There is no settings that can change this and therefore you risk wearing out your external hard drive.

Pros: Touchscreen is the best I’ve worked with and processes everything very quick including starting up and updates.

Cons: Nothing so far it’s an excellent machine

Overall Review: I would recommend it highly it’s well worth the money and a great value price

Cons: ENDLESS PHANTOM TOUCH ISSUES ON THE LEFT SIDE AND LOWER LEFT CORNER OF THE SCREEN. INCREDIBLY FRUSTRATING TO USE WHEN ATTEMPTING TO TYPE. TYPE COVER RANDOMLY STOPS WORKING. WHAT ELSE CAN I SAY?? DON'T WASTE YOUR MONEY...