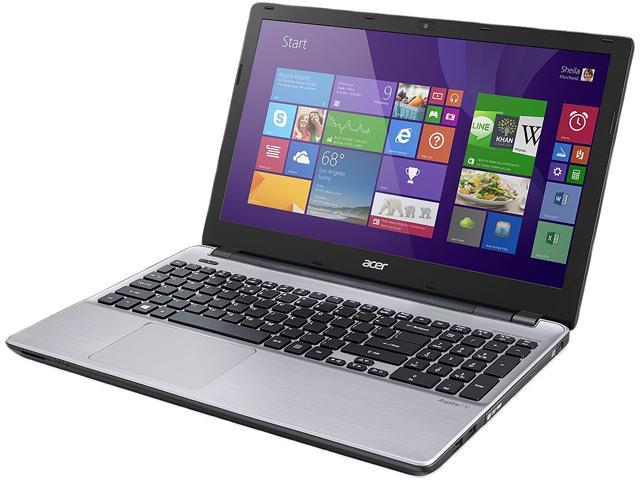 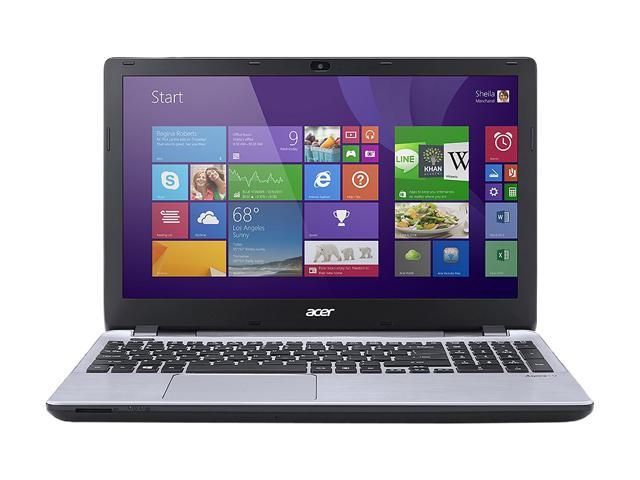 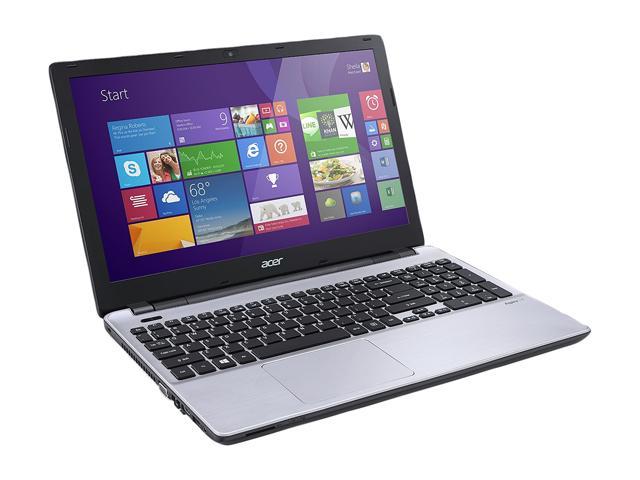 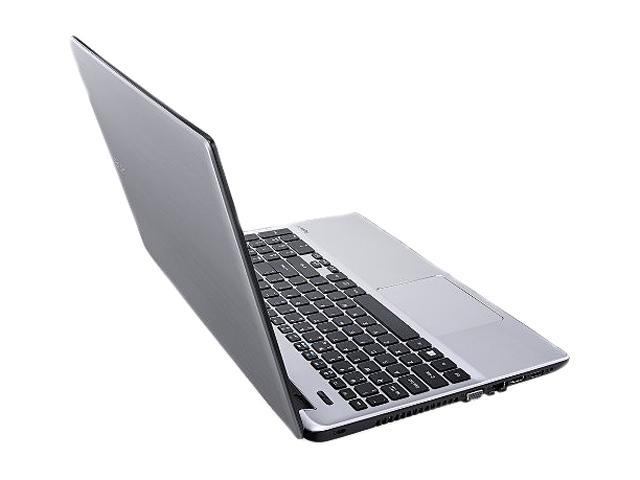 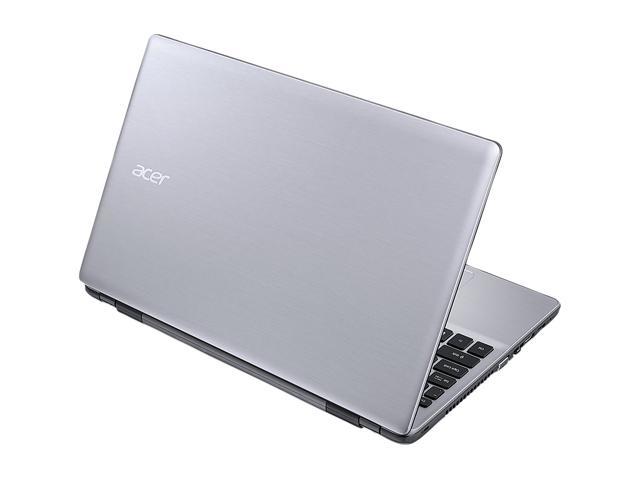 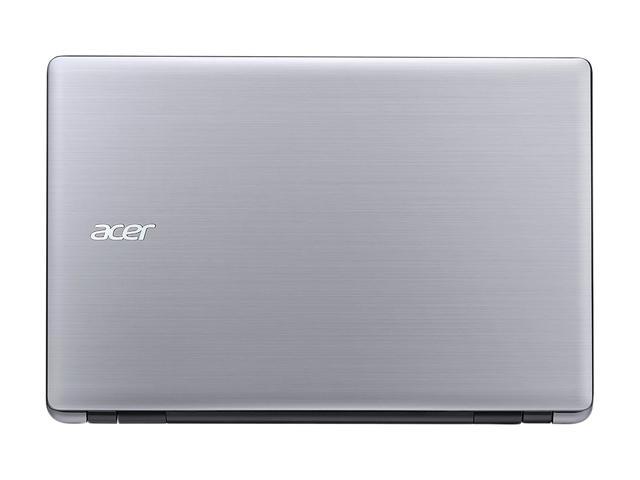 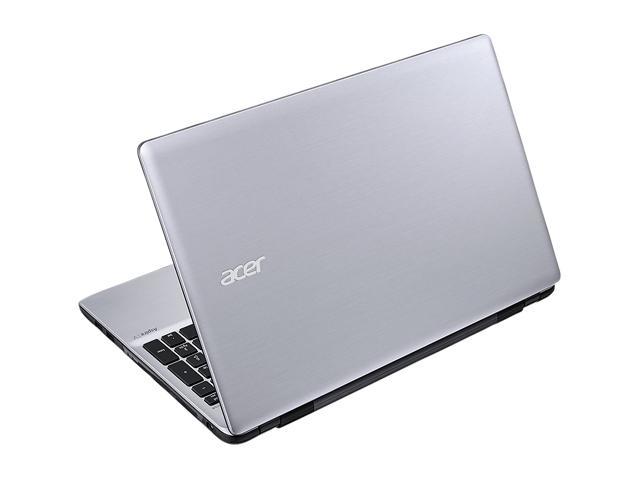 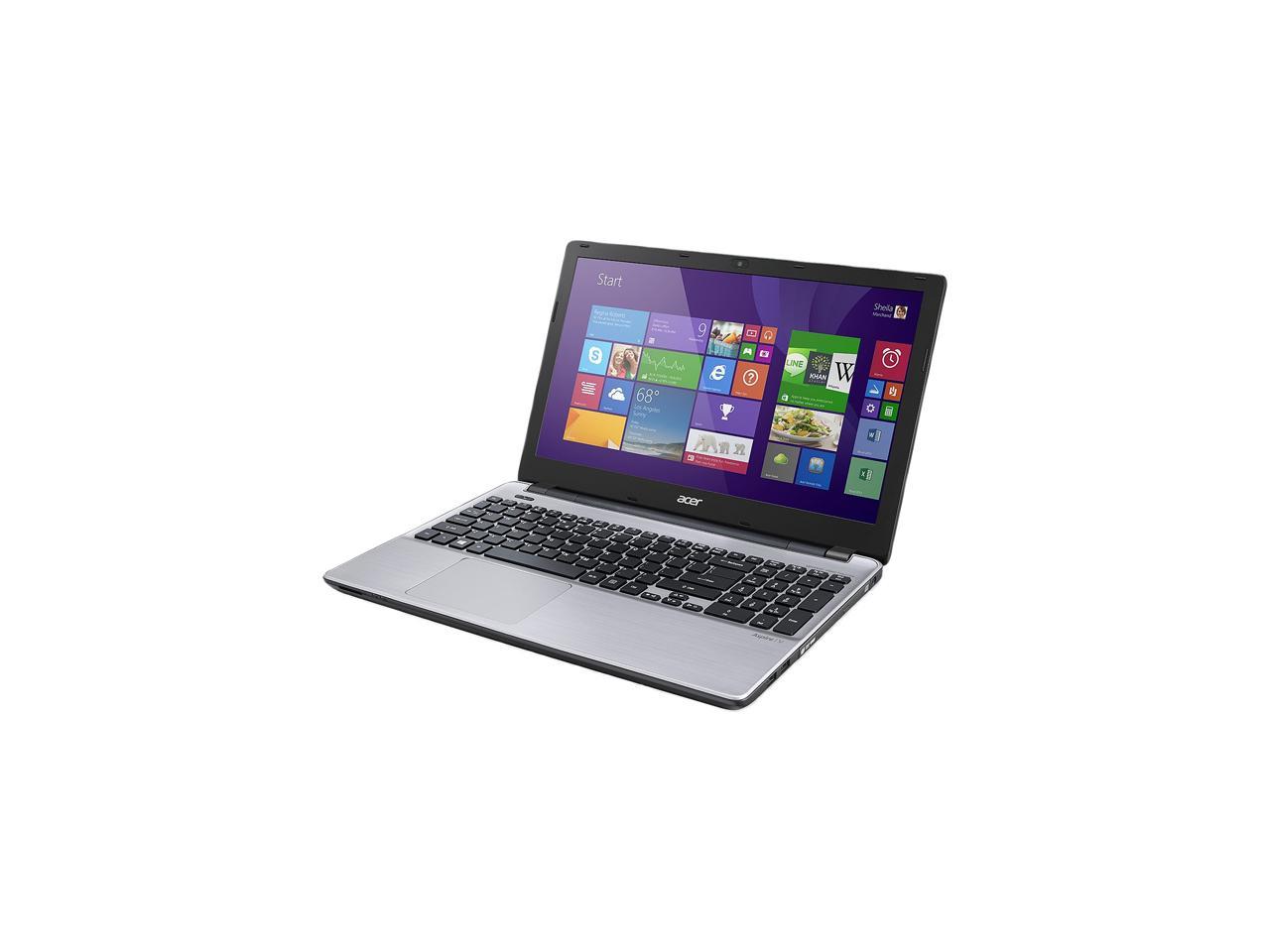 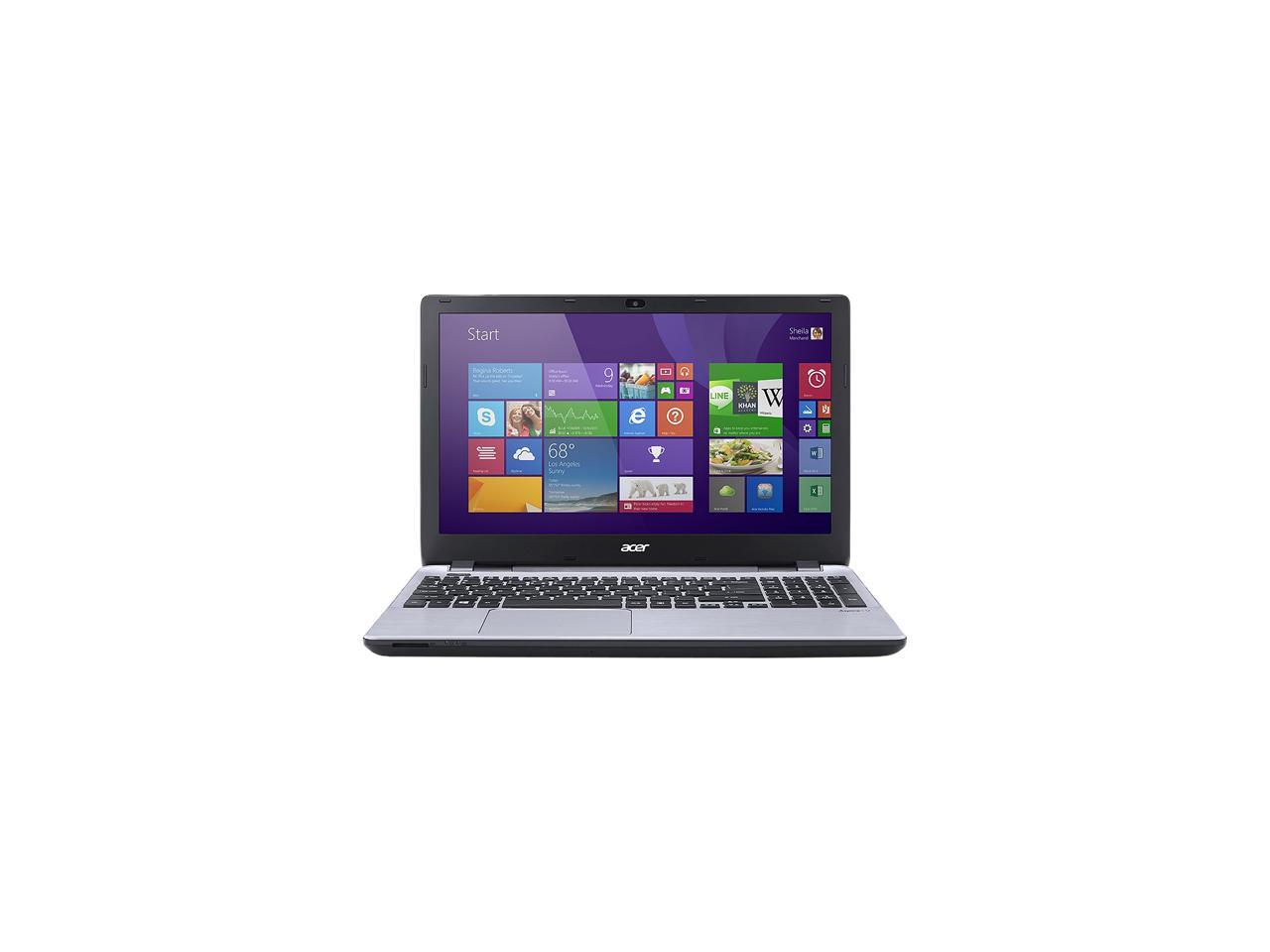 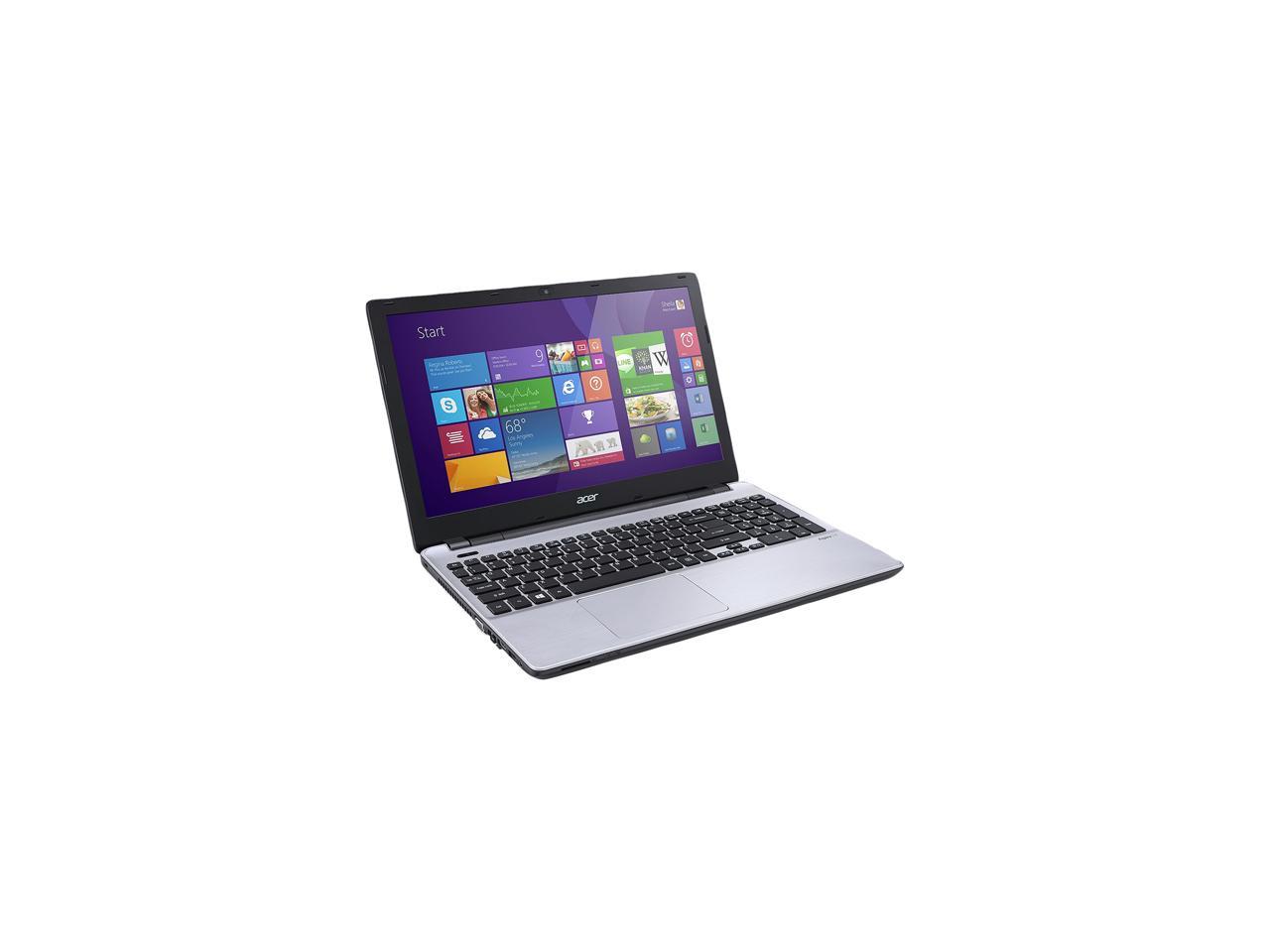 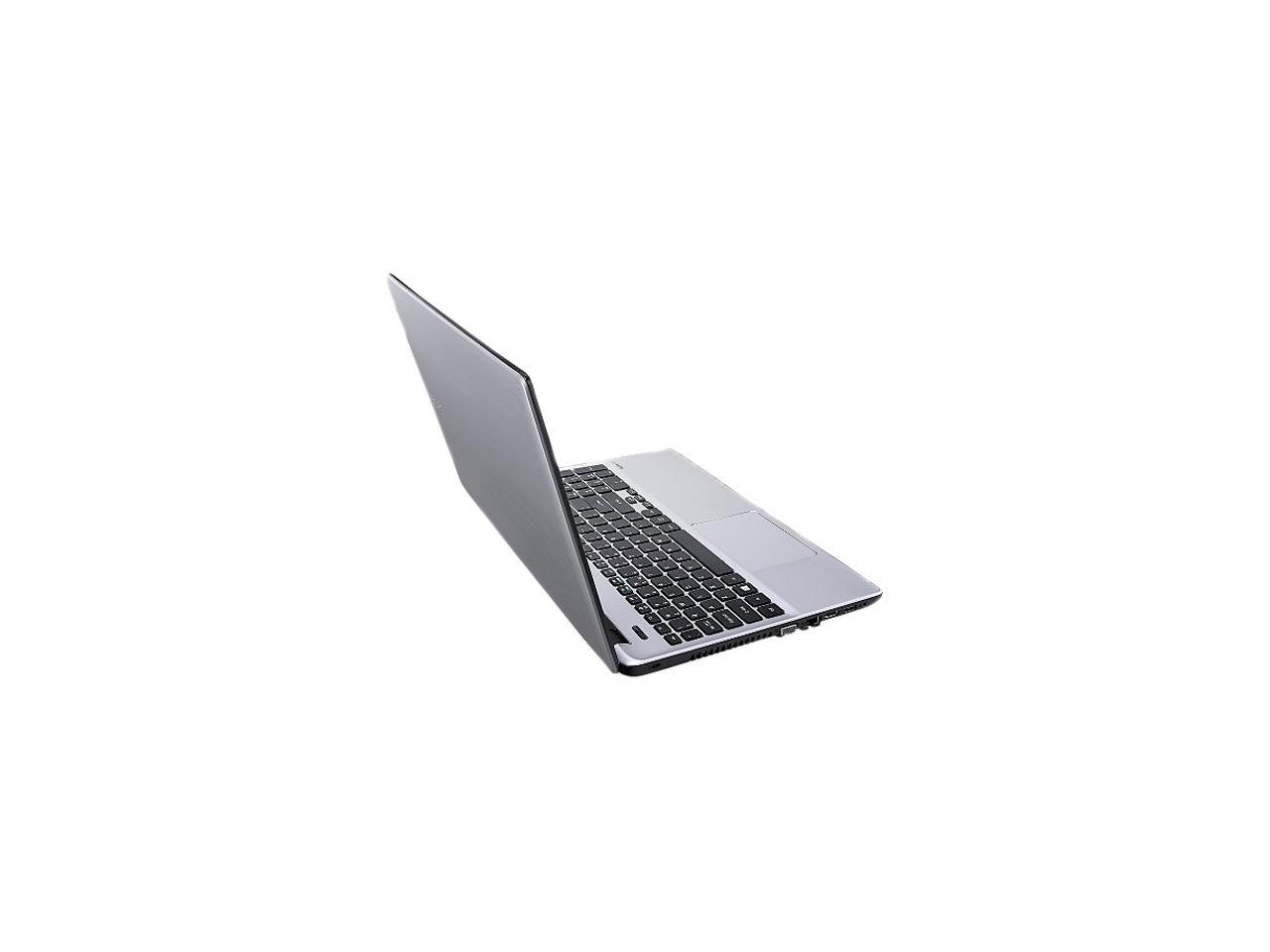 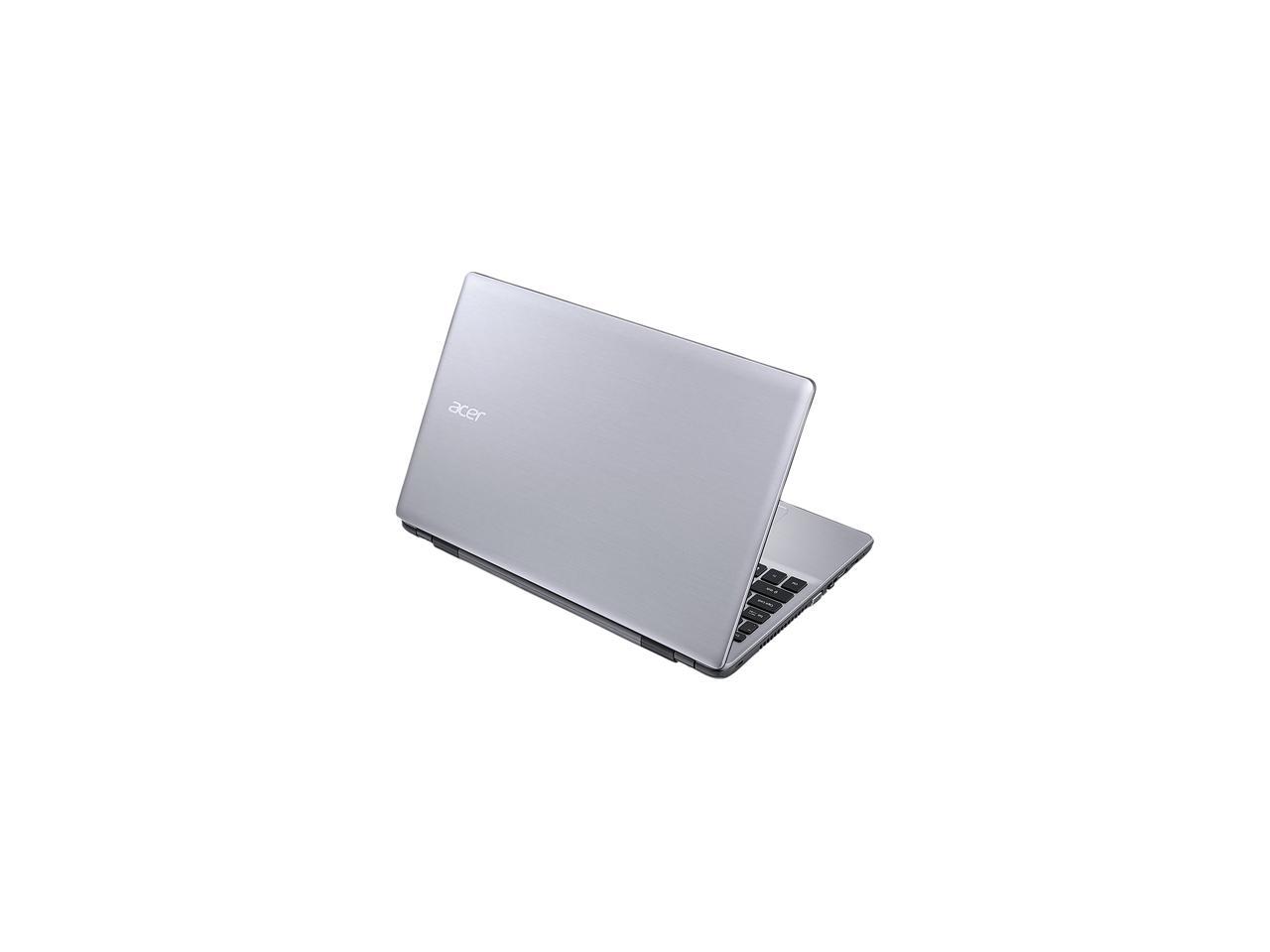 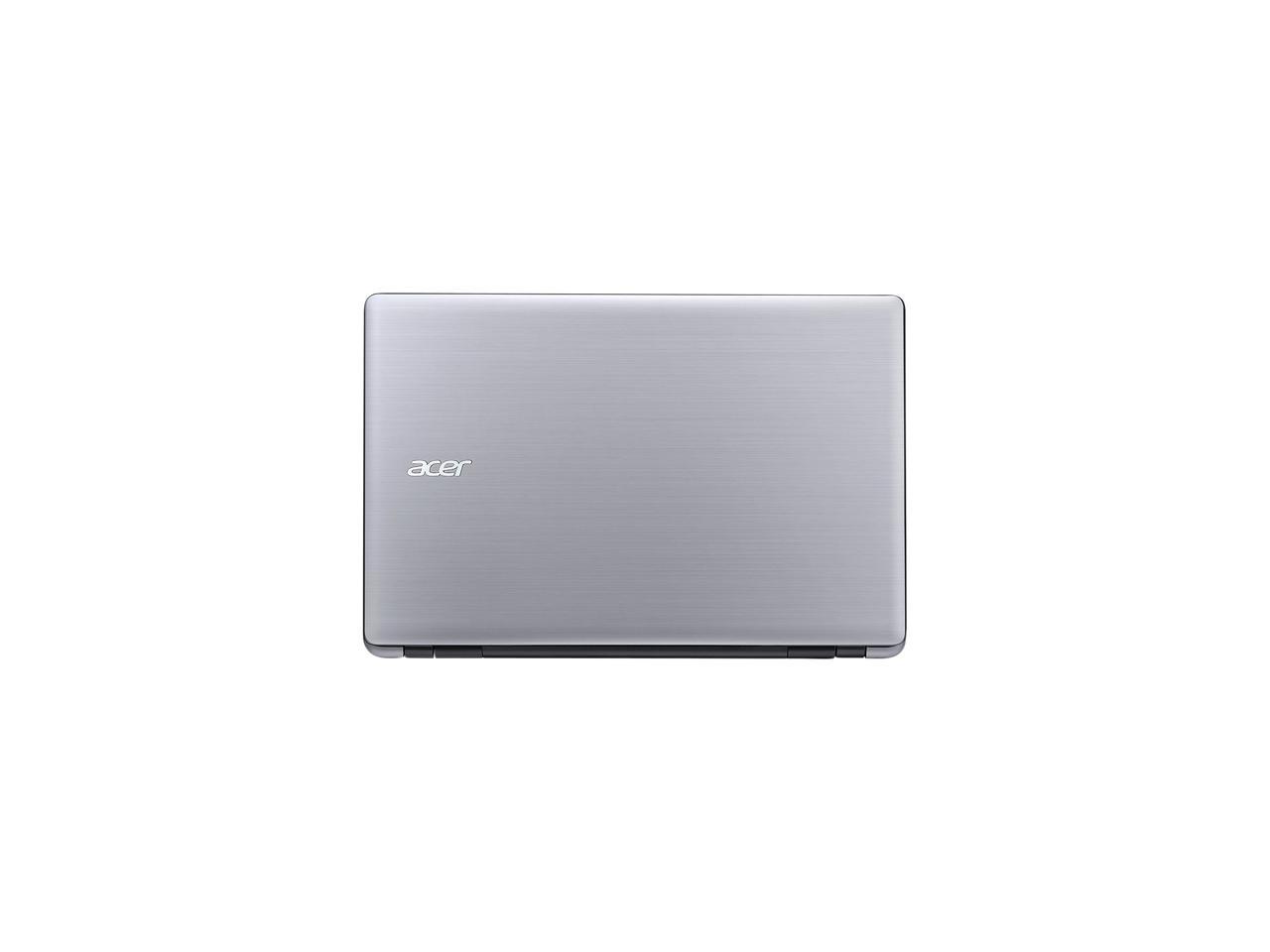 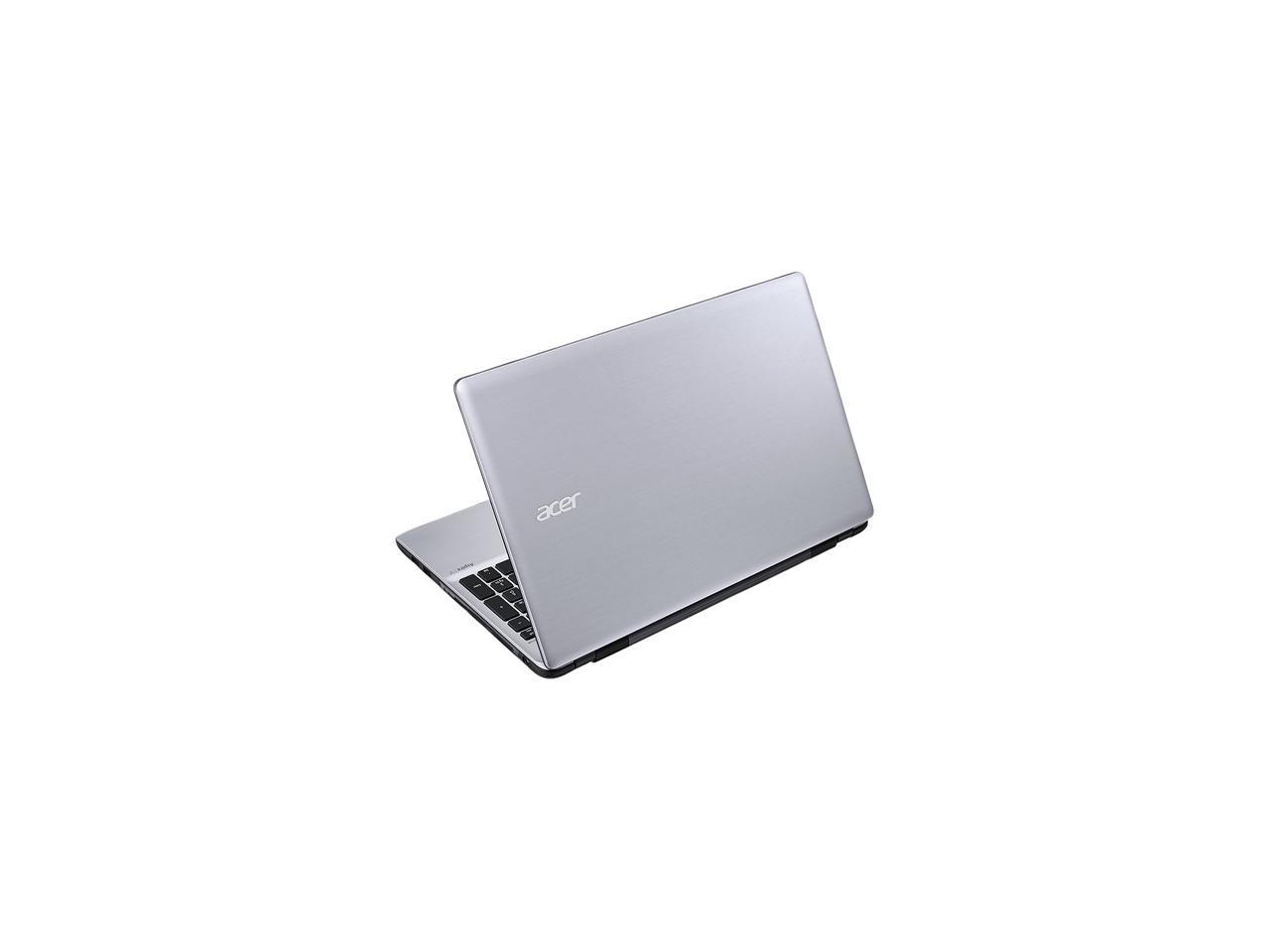 Pros: It is a new i7, has a good screen resolution (1920 x 1080), a good size hard drive (1 TB), and has dual band 802.11AC. The sound is also decent compared to other laptops I have used. I was able to install Arch Linux on it with no problem after I disabled UEFI. I was able to utilize the dual GPU (Intel and NVIDIA) even though it is tricky with Linux. It supports 6 Gbps SATA (revision 3) if you have plans to change the hard drive.

Cons: Minus one egg because of the difficulty in upgrading the memory. It took a lot of time. The memory slots and hard drive are not easy accessible through a simple removable panel. The touchpad does not have physically separate left and right buttons and is a bit large for me, but I know some people like both of those feature.

Overall Review: I installed Arch Linux and upgraded the memory immediately after it arrived. Until there is better support for UEFI I would switch to the legacy BIOS boot to save yourself trouble if installing Linux. I never booted into Windows with this laptop. I probably spent more time tweaking the Synaptics touchpad config after installing the OS than anything else. Be prepared to edit your X11 config file. To upgrade the memory I used 16 GB of G.SKILL F3-1866C10D-16GRSL. It was no problem once I actually removed all the screws and disconnected multiple ribbons and cables to get to the memory slots. Be very careful and I hope you are dexterous.

Pros: The screen is an average non-ips matte 1080p, fine for gaming or this and that, but it's dim at an angle. Intel's new i5 is a modern day workhorse. And Nvidia's 840m does its job to the letter.

Cons: Some bloatware from acer and windows to uninstall. The most notable is Mcafee which needs its own uninstaller. The hard drive is the choking point for the entire system and the underside must be removed to change it or the ram. I'm planning on adding either a hybrid drive or ssd with a ram upgrade to 16gig.

Cons: The screen is mediocre at best, low viewing angles, matte finish makes it look cheap, my 7yr old toshiba mid range satellite has better looking screen. The black bezel around the screen makes it look like it has been put together by using two different laptops. Tons of bloatware - spent few hours cleaning it up and installing my own programs.

Overall Review: For the price I think its a great computer, I purchased this laptop to have it connected to the TV so I can watch movies, so I don't really care about the semi awful screen or having HDD and not SSD. Would've been 5 stars if not for the screen. It is perfect for what I got it for

Pros: 1) Keyboard feel 2) Bright display 3) Long-lasting battery -- says seven hours, I ran it for six and a half hours with the original hard disk while running backups and Windows Updates; enough for what I'll need. 4) Touchpad is responsive but hasn't jumped unpredictably or ran off without control 5) Beautiful aluminum body 6) Modern Wifi 7) Dedicated memory in a capable graphics adapter 8) Real HD by a real company -- WD WD10JPVX in this one 9) All the screws at the bottom of the case are the same size -- no need to keep track of which ones go where. 10) Light. Really quite a nice laptop to carry wherever you want to be. 11) So far, quiet. I haven't had a need to kill the CPU or GPU yet to tell you how the fans are, but the fact is, I haven't heard them and I am extremely sensitive to these things.

Cons: 1) First thing is obvious -- no CD/DVD/BD. 2) Replacing the HD with an SSD (priority #1 for me) was a small chore. Here's the trick: Unscrew the screws at the bottom, take the battery out (put a hard tip like a tiny screwdriver tip into the designated position, slide it, and hold while you remove the battery), then flip the laptop back and carefully separate the aluminum portion (with the keyboard) from the bottom. 3) The manual is sadly for the technically-deficient user, with no indication of how to properly remove the case to replace the hard drive. 4) The empty slot for the CD ROM is just a hair too slim for my 12mm BD drive. Keep that in mind if you want to add one.

Overall Review: Clearly, you know the specs already for the i5 and NVIDIA geForce 840M, so you know already whether this laptop will play whatever game it is that you're after. Don't belly-ache if it isn't fast enough for your game, and you won't hear complaints from me regarding it, either. Would I get another one, or recommend it? Yes, absolutely.

Pros: I bought this laptop mainly for gaming, and I think it does the job decently. It's no alienware, but it's reasonable. MGR: Revengance, Mass Effect 2, and even Sonic Generations work pretty well after a bit of setting fiddling. On the hardware side, the backlit keyboard is useful for dark areas (as well as showing off to family members). Plus it's pretty light. The screen can bend nearly all the way back, which is impressive but also kind of scary for those who aren't used to that kind of flexibility. The sound is great with the Dolby Digital Plus software that's pre installed. And the battery life isn't half bad either.

Cons: This laptop is far from perfect however, It's a windows 8 laptop, so the problems with OS that are still in effect here. However, the Classic Start Menu program I downloaded from the net made it much more useable. The touchpad is good, but not the most reliable. Sometimes it doesn't respond to movement unless you press hard on the pad. This happend on my old laptop too, so it may be an issue with my fingers... Anyway, the screen looks a bit "off" compared to normal laptops. And although it's 1080p, not all games will run well at that resolution. I'd also be lying if I said I was happy with only 3 usb ports, but I'm sure a USB hub will fix that problem. It has, for the record, only one audio jack that functions as a mic and a headphone jack. The headphone jack mode works, but each time you have to switch settings around in a menu to make sure it's on the right mode. It's annoying, especially when you are running full screen programs, plug something in, and get dumped to the desktop, but nothing I myself can't handle. Perhaps most disappointing is the lack of a disc drive, which is odd considering there's a big space for one on the side. Not sure what that's about..

Pros: My old laptop is a 17.3" Acer Aspire--an indestructible monster of a machine, but it runs LOUD. This machine, on the other hand, makes practically zero running noise. It hasn't throttled, even while running multiple program. Its power plug/unplug warning sound is quieter, too, which is a nice improvement. Its posted weight comes in at a little over 5 lbs., but it's well-dispersed, and in terms of dimensions, it's thinner than most laptops I've used. I expected the battery to be terrible, and I was pleasantly surprised. I managed a full 9.5 hours without having to recharge while playing games, which is fantastic. In short, this is a good computer with an acceptable price tag for the hardware.

Cons: If you have any information that requires a solid disc, Blu-Ray, etc., you'll need to run it on a different device; sadly, I can't use this machine to play hard copies of films, which is a mild gripe but a valid one.

Pros: Seems big for a 15" Backlit keys are nice Decent GPU that will at least play what I want with relative comfort good specs for the money

Overall Review: Idk if its me, but the keys seem idk a little plasticky as you type, as in the way they click. Mouse pad is smooth, but again the clicking of the left rights buttons is wierd for me. The screen is very nice, and most of the time doesnt dissapoint, however some menus, windows, applications seem to have semi fuzzy font just look a little off. but then youll see an HD image or somethign and it looks stunning I think in time, Ill come to like it more as i get used to it, but for now it seems not amazing like i thought itd be. but i guess i could have spent 400 more and been sure of it with a nicer laptop for 630 its nice though

Pros: 1. Backlit keyboard (didn't realize this when i chose it) 2. Keys feel good while typing and spacing feels right for thicker hands 3. Large touch pad is actually worth using and I never use touch pads. I exclusively used a wireless mouse with my previous laptop and expected to use it on this as well soon as my frustration with the touch pad set in and it just hasn't happened yet. 4. Passive cooling works when on battery This means it stays cool when using it in my lap of if I lay it on the bed and watch movies the fans never come on. 5. GREAT battery life. getting 8-9 hours when using the laptop for video streaming web browsing and running all the updates. 6. on board speakers are much louder than I expected and sounds as good as any 50 dollar Bluetooth speaker. 7. Nvidia 840m provides good performance for basic gaming

Cons: 1. Viewing Angles on the screen are pretty terrible, you will need to fine tune the screen angle any time you move slightly. 2. Does not come with a DVD or BD player. There is a plastic insert instead that a single piece. I was hoping to buy a hard drive caddy and use the cover from the insert but that is not possible. 3. Not easy to swap hard drive fro SSD. there are 16 screws and you need to remove the keyboard/touch pad panel to gain access to the drive and ram. 4. Tons of bloatware comes already installed that will waste 30 minutes of your life. 5. No function key for bluetooth

Overall Review: I am very happy I decided to wait for this laptop after the release date was pushed back. the laptop is light but solid compare to the ASUS laptop its replacing and the 1080p screen gives me plenty of desktop space for working on multiple items at once. I did upgrade to an SSD immediately and do recommend that to anyone who purchases this laptop as the normal mechanical drive really holds back the rest of the hardware.