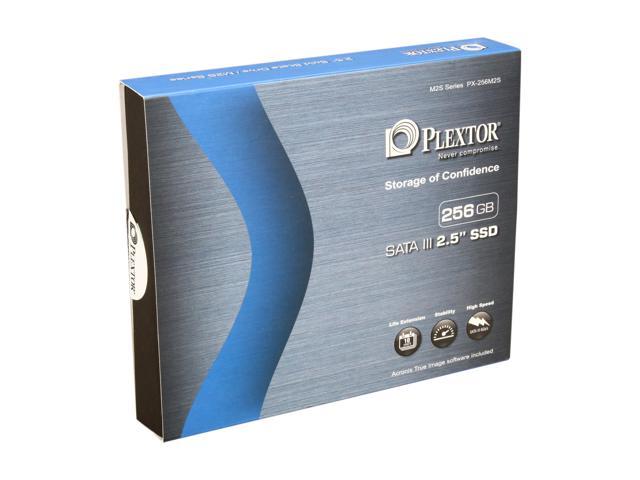 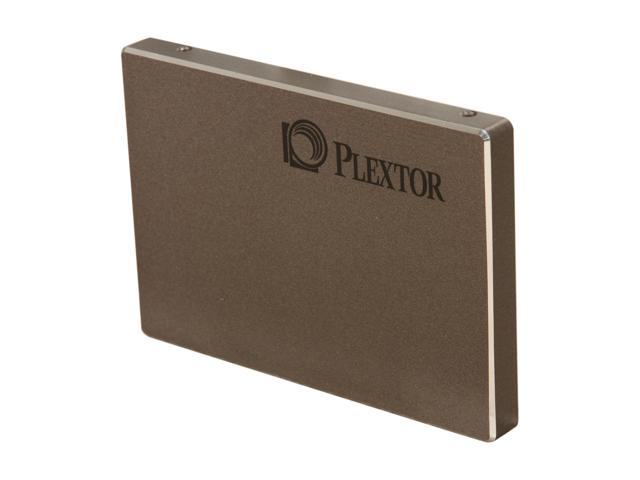 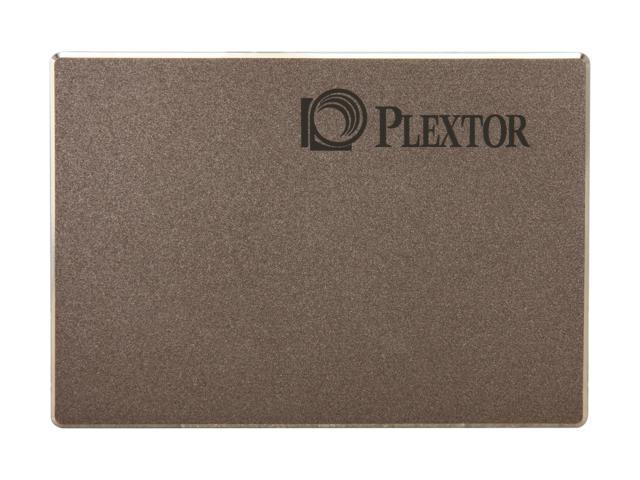 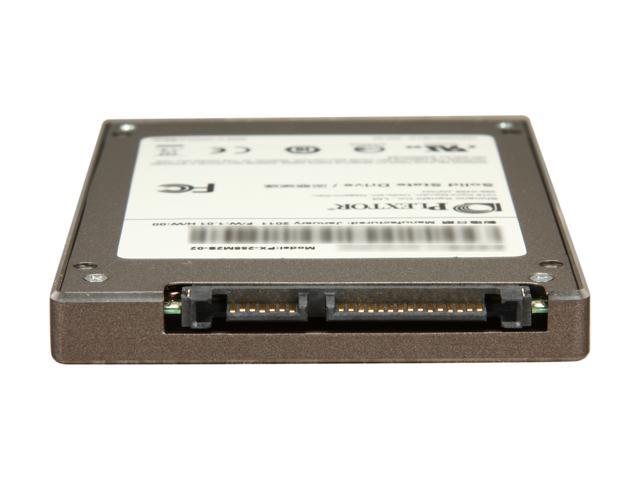 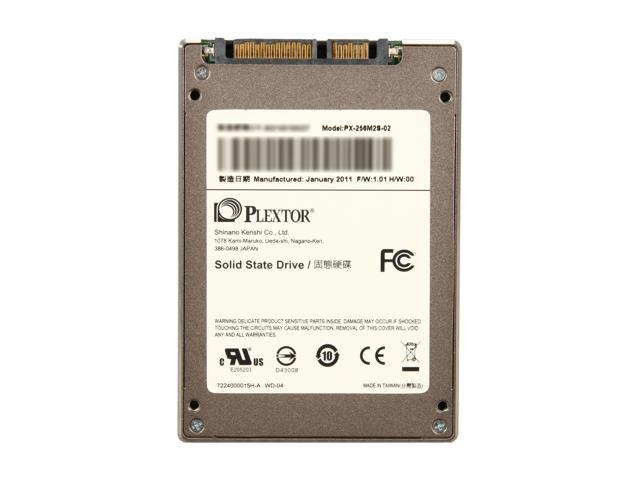 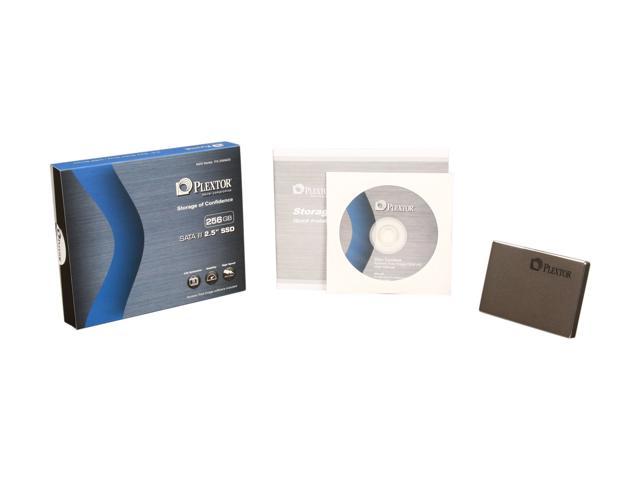 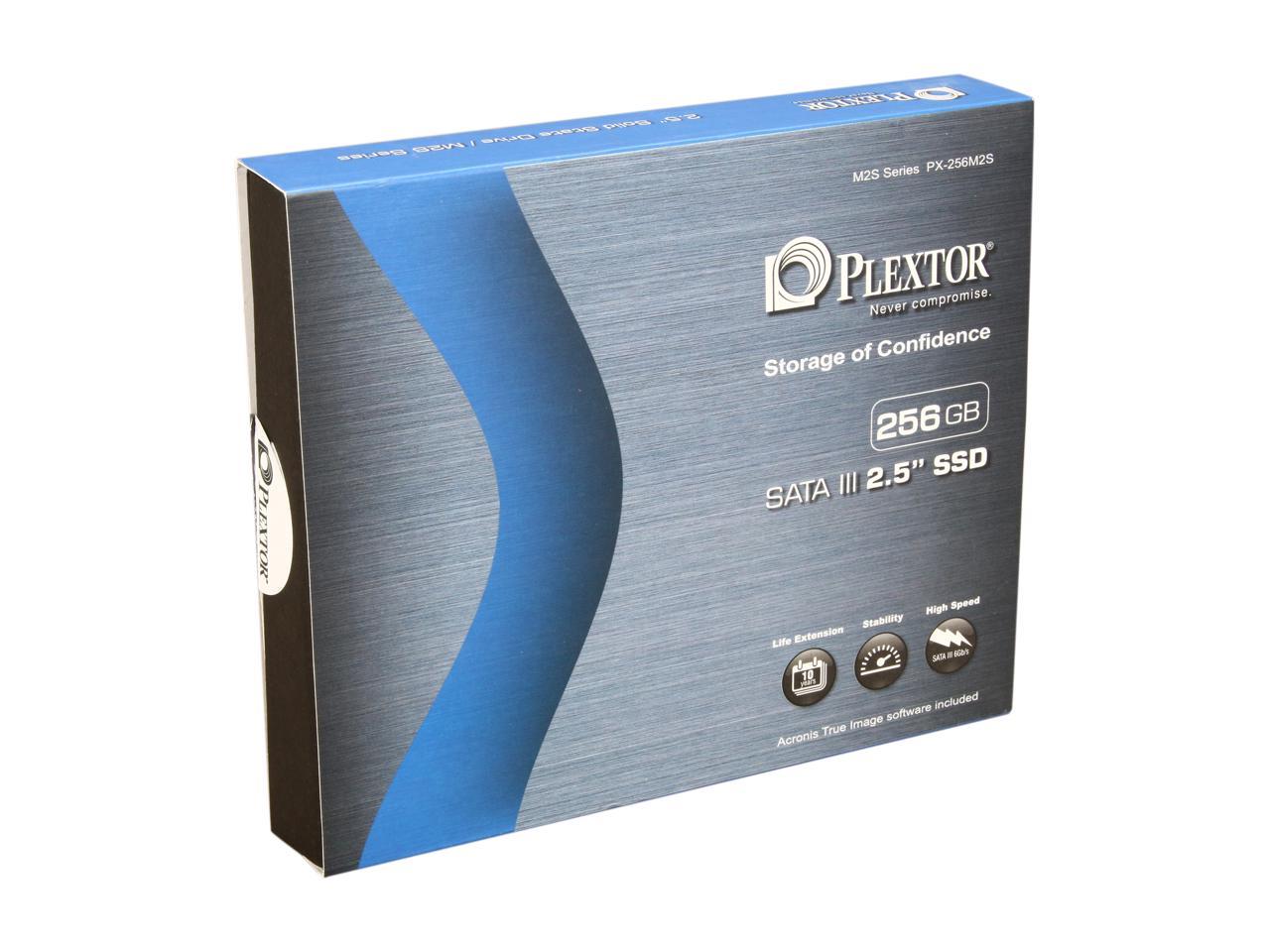 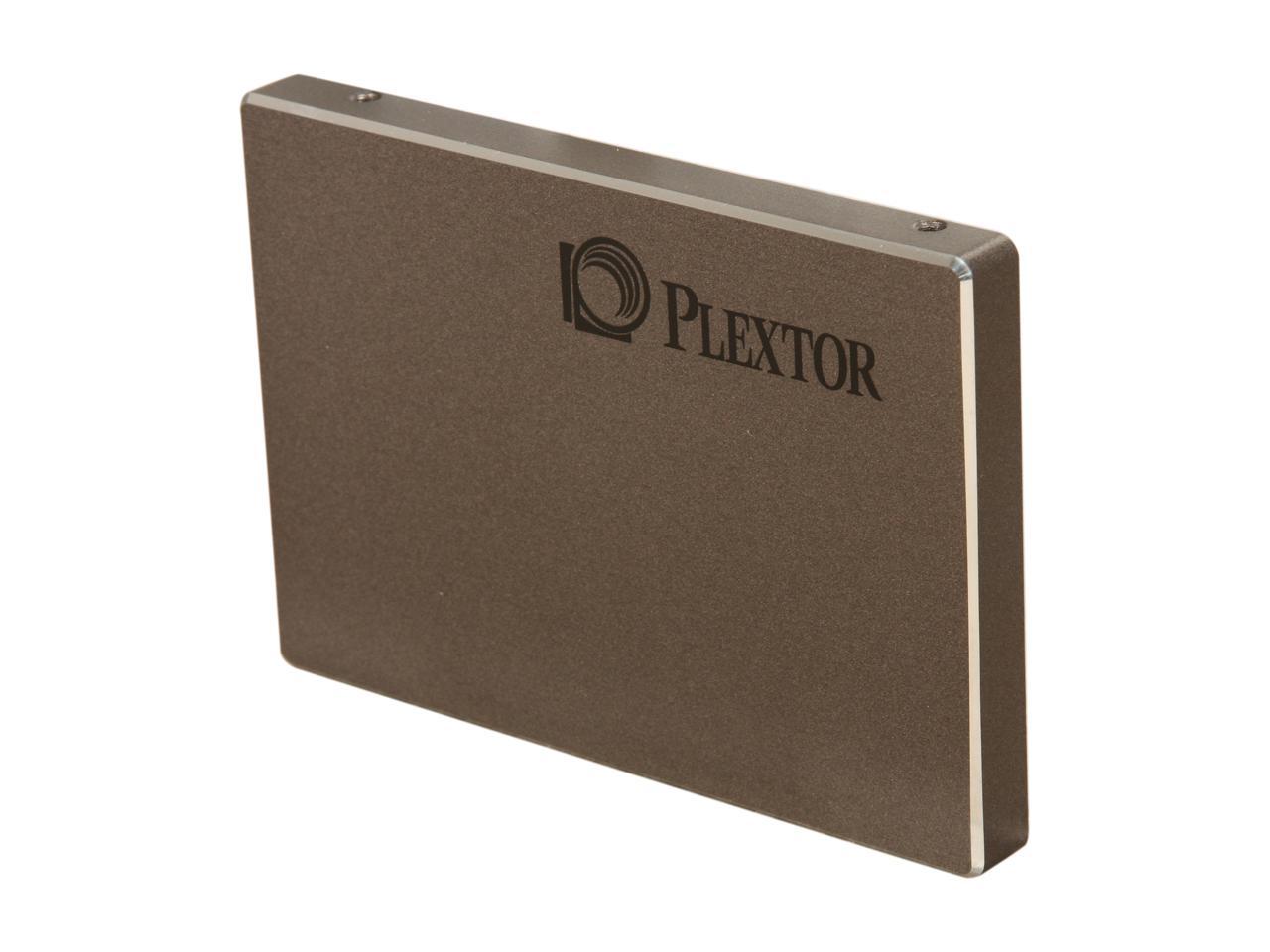 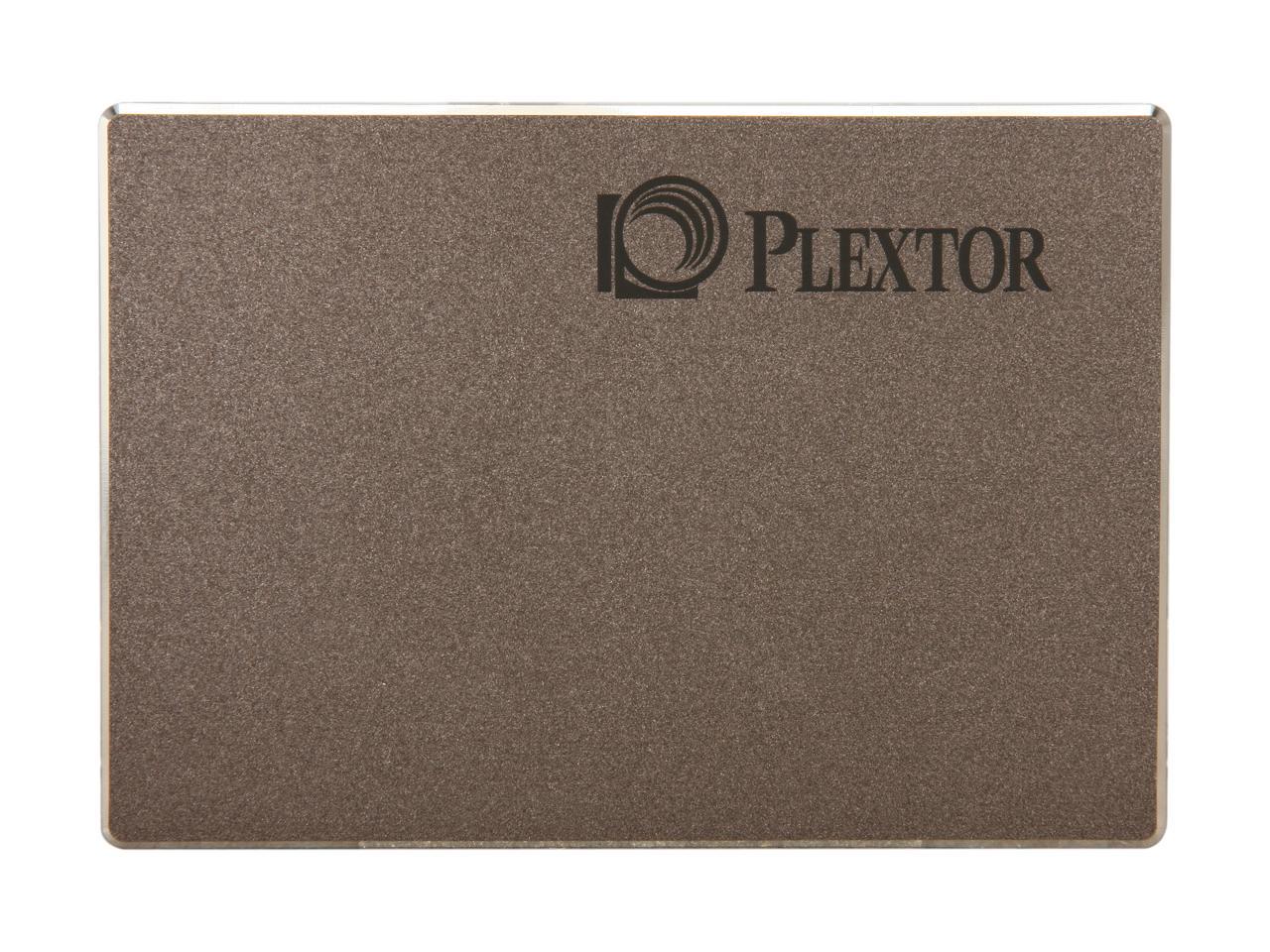 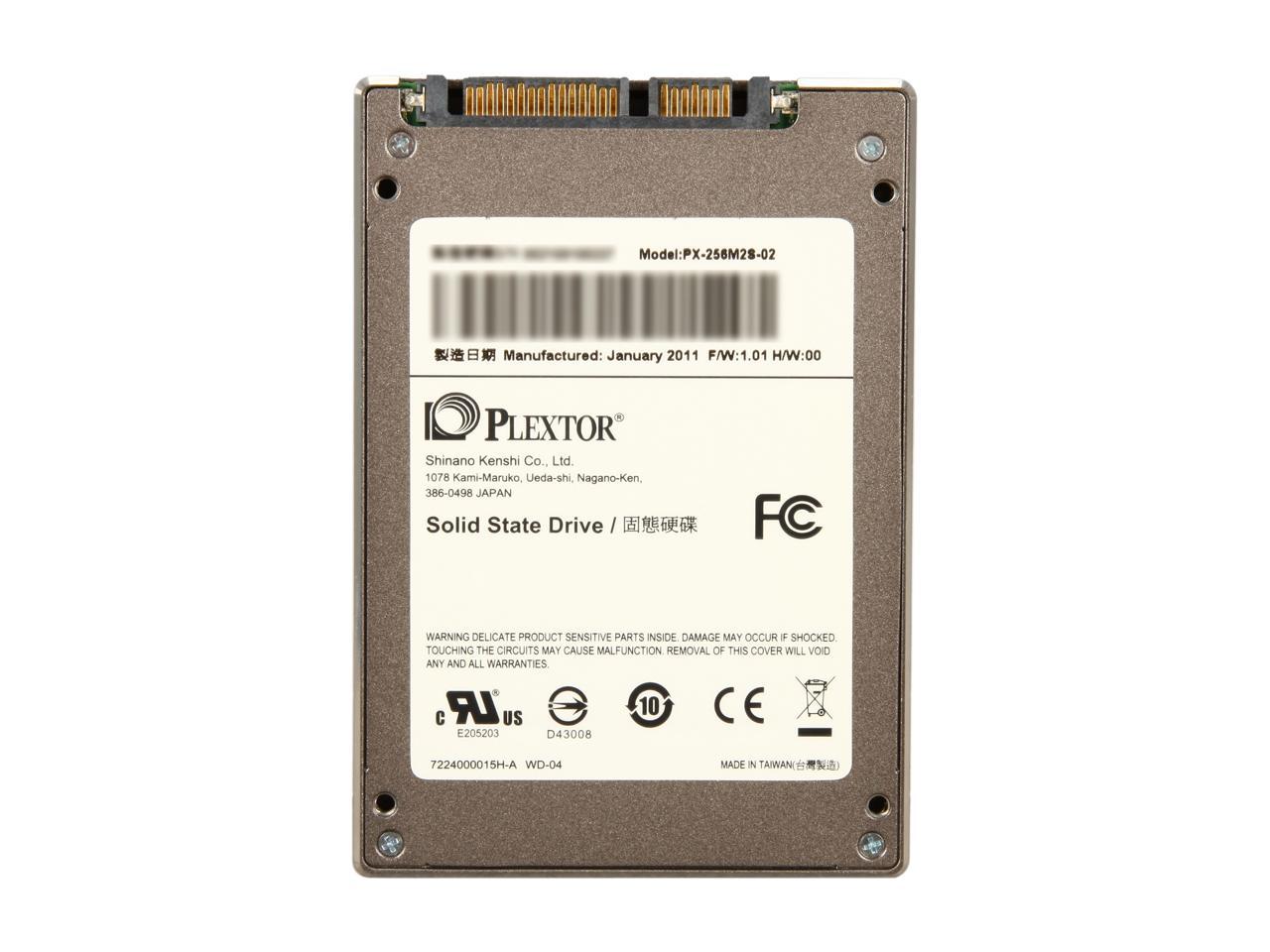 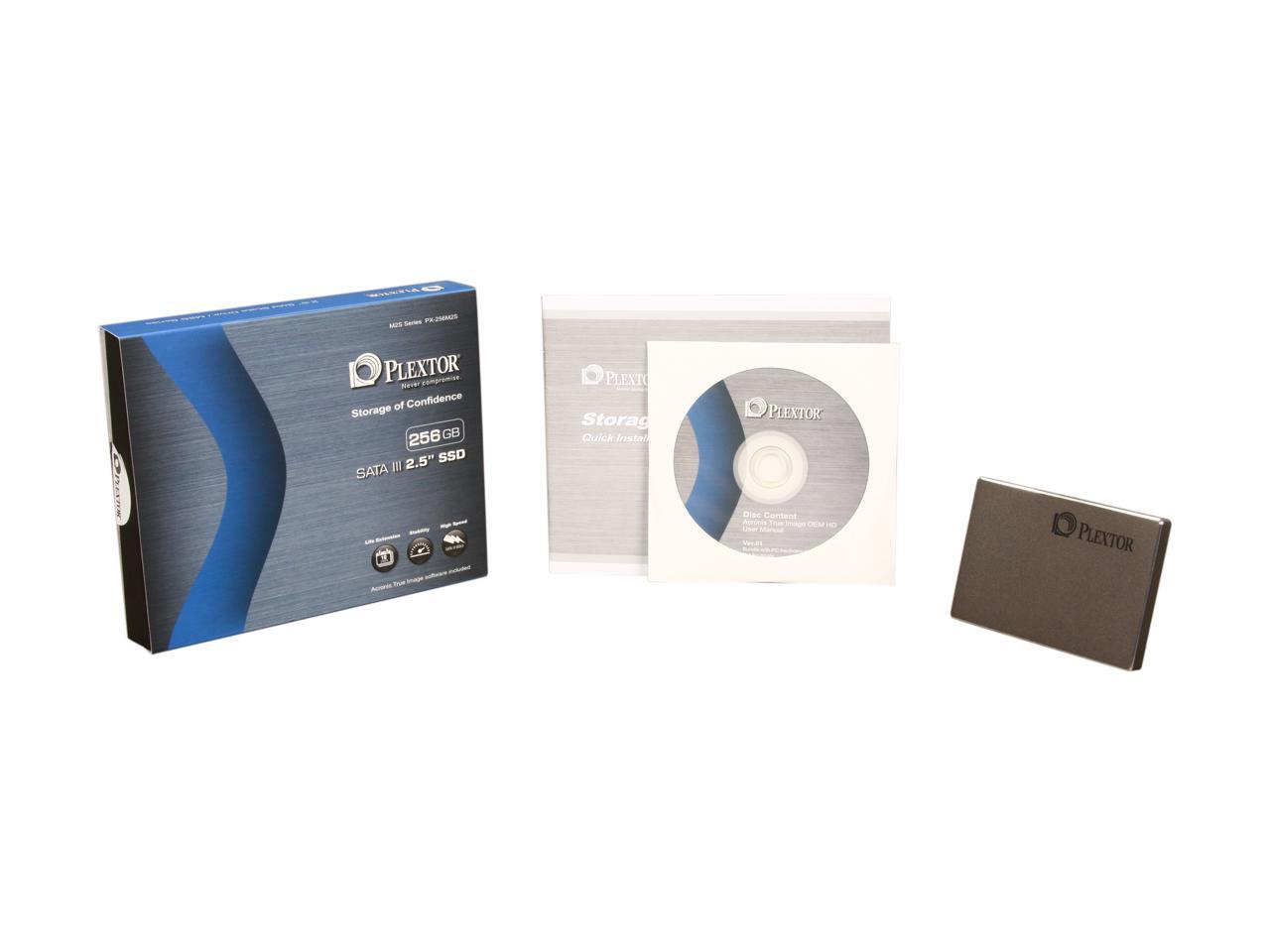 (16) Write a Review
OUT OF STOCK.
Overview
Specs
Reviews
Plextor’s M2 Series Solid State Drive is one of the first to support the super fast SATA 6Gb/s interface. Engineered for top performance, it is ideal for power users, gamers, system integrators, or anyone with high demand for efficiency and fast performance when multiple system resources are in use. By incorporating Plextor’s Instant Restore technology and Dynamic Wear Leveling algorithm along with Windows 7 TRIM command support, the M2 Series SSD is able to manage memories ever so efficiently to overcome the performance loss typically associated with prolonged usage.

Learn more about the Plextor PX-256M2S

Cons: None. Functions as Specified.

Overall Review: $150 less than its competitor.

Pros: This Plextor SSD is super fast. Other reviews can give you the exact specifications, but I'll mention practical speed. Before the Plextor I ran a Velociraptor 600 and my computer booted to where I had control in about 60 seconds. Now the boot time, from when I hit the power button to when I have control of my system is 15 seconds flat. Everything else that runs off of the Plextor is equally fast. Before, Word/Excel opened in a blink of an eye. Now I cannot even blink.

Cons: Expensive little bugger but well worth it.

Overall Review: I run an AMD Phenom II X6 1090T at 3.8 GHz on an ASUS USB3/SATA III motherboard. In any system, regardless of the processor and the memory, the slowest part is always the hard drive. It still is in my system but not so noticeable anymore. Windows 7 Experience Rating went from 5.9 with the Velociraptor to 6.9 with the Plextor.

Pros: Very fast drive. The first SSD I've used in a computer for myself. I use this in a corporate environment. The slowest part of my old computer was Outlook and searching Outlook. With this SSD, Outlook flies. I can sort by FROM and it responds instantly. I do video editing and accounting and a whole lot more and it makes all the difference. I'll never use rotary storage for my OS and software again. I've upgraded most of my users' computers with a Kingston V100+ 128GB drive and it is also very good. This drive, being SATA III and just plain rated faster is a noticeable difference between those two drives. I'm impressed.

Cons: After being up and running for 3 months, all of a sudden, Windows 7 froze and the hard drive activity LED was stuck on. I could get the computer to run normally for 20-60 minutes before it would do the same thing again. On reboot, the motherboard got stuck in a POST reboot loop. I blamed the motherboard for the freeze b/c the POST reboot loop happened with my HD removed. It had to be the mobo. I arranged for a new mobo and while I was waiting, I checked for updated firmware of my Plextor SSD. Plextor's website sucks. They don't give you previous version changelogs and it's hard to find and navigate. Anyway, I upgraded from 1.01 to 1.03 (on July 21, 2011) and got back to Windows. The problem was solved. If you get this drive, be sure to update the firmware to 1.03 (or newer) to prevent this activity. I'm not sure exactly what caused it (TRIM, maybe...it was mentioned in 1.03), but upgrading the firmware saved me. Didn't lose any data, either.

Cons: Slower than expected 4K transfers. I have been seeing speeds around 20-30 read and 30-40 write. For 4K-64Thrd transfers I should see the read speeds go up something like 8-10x with AHCI enabled but I only see them go up to the mid 60's. Scores about 300 in AS SSD Benchmark. Not competitive for this class of drive.

Overall Review: I am disappointed in the overall performance of the drive. While the sustained transfer is good, most drive operations consist of small random concurrent operations. I have done everything I can to optimize system and verify that I am using the latest drivers with AHCI enabled. I hope that in the future there is a firmware update that will improve the performance of this drive. I have not, however, been able to find any reference to firmware updates, firmware updating utilities, or any other drive utilities on the Plextor site.

Pros: Very fast SSD drive (not surprising). Windows 7-64u installed in just over 10 minutes. All Microsoft apps, itunes, photoshop, cubase, and other applications load in considerably less time than on the WD Raptor 300 I was using. Just for fun I pinned outlook, word, excel, opera, winamp, mediamonkey, iTunes, cubase, photoshop, illustrator, and indesign to my taskbar and click as quickly as I could to load each one. Took only 20 seconds! And that's only because cubase has to load files located on my other WD Raptor 300. Crazy! I think that would have made the PC I had a few years explode. I tried that some thing again but excluded cubase and it took about 10 seconds. Anyway, If you're looking for speed you won't have to worry about buyers remorse.

Cons: I have to agree with the other reviewers that, especially with the price-point being where it's at it, it should have include a SATA cable (the kind with the clip built-in) and the included software should have been the full version. This is a top of line SSD drive and should come with the perks that reflect that. If they had provided either of those things I would have given the drive 5 stars instead of 4.

Overall Review: My current mobo duppots up to SATA II, however I think it's worth it to spend the extra money to have a SATA III drive now so that when I do eventually upgrade machines then the drive will perform even faster. BTW, I have no complains about its performance under SATA II. Originally adding the drive brought my WEI score from a 5.9 to a 6.7, but after doing some tweaking geared for SSD performance my WEI is a 7.4 (WEI scores are referring to primary hard disk subscore only). Some people are not thrilled about the fact that it doesn't come with a mounting bracket. First of all, a lot of the time these drives are meant for laptops so there is no need to include a bracket people will just throw away. Secondly, if you're willing to drop $600 an a top of the line SSD drive you should know what you're doing and be able to find a solution for fitting the drive in your computer securely without having to use your mom's hot glue gun. And if you really need a bracket then go buy one.

Overall Review: Using this with Ubuntu 11.04, btrfs with zlib compression and SSD optimization on an AMD Athlon Neo II MV-40 powered netbook. It boots in 8 seconds, and is wicked fast at everything it does. Sustained transfers at 174MB/s--after that the whole PC locks up and nothing but disk I/O takes place. Moving data internally (i.e. from one snapshot to another), I'm seeing averages of 2.2GB/s. Booting in to Windows sees the performance of this disk fall flat on the floor by comparison--not nearly as fast as it should be. Typical writes in Windows 7 are around 30-40 MB/s. Typical reads in Windows 7 are between 50 and 65 MB/s.

Pros: As an IT professional I've made countless single upgrades to my own systems for years. Switching from disk to SSD was the best single upgrade I've ever made.

Cons: Does not come with case mounting adapters to any desktop ATX standard.

Pros: It's easy to overlook Plextor - and their SDD's previously branded by their parent company LiteOn. But these guys have traditionally been associated with top-notch quality in optical drives. Their SDD's appear to be no exception. Marvel controller is proven fast and reliable - same controller as the Intel 510, with firmware tweaks. Toshiba 34 nm toggle NAND - again fast, long lasting. Aluminum case is very light (both solid and attractive. It covers a 1.8" form factor PCB. Perfect for a laptop, with added options if you're willing to crack the case. Plextor's firmware is more balanced in read/write performance than either Intel or Crucial. Depending on how you use the drive, that could be a pro. I'll be using it in a general purpose production workstation - Visual Studio & Adobe products. I expect rock solid reliability, and many years of worry-free performance.

Cons: Not the ultimate speed king (but more reliable). 4k random reads are not particularly impressive - typical for this controller.

Overall Review: I'm currently using this on an overclocked i5 750 platform - Gigabyte P55 UD4, SATA 2 only. Because of that, sequencial reads saturate the bus, so I can't testify to max values. But it hits all other advertised specs, and matches various online reviews.