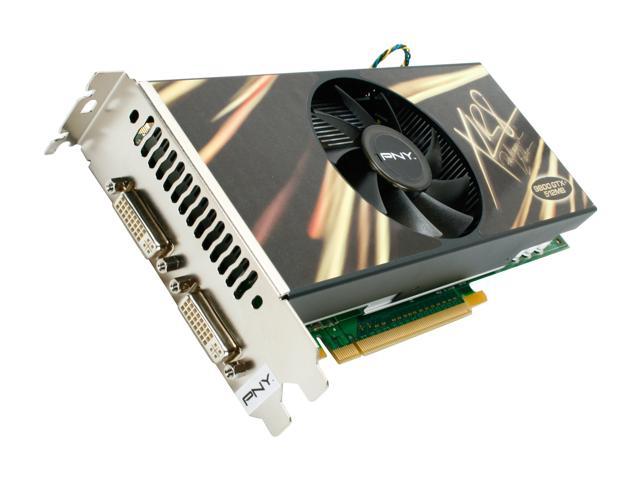 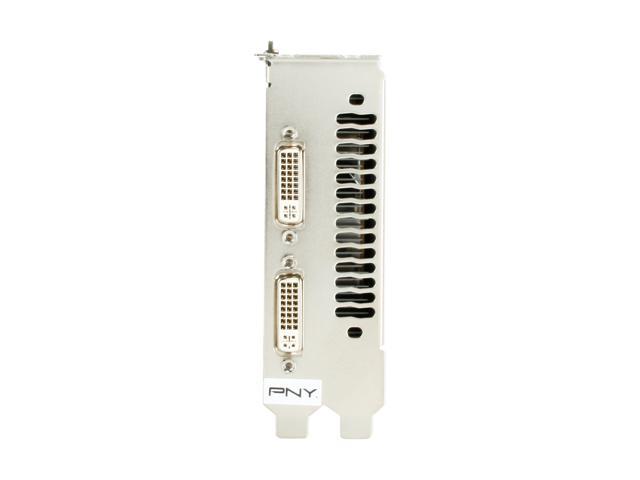 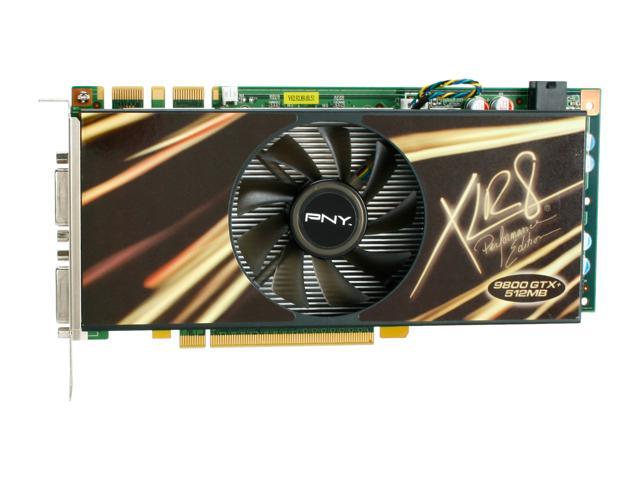 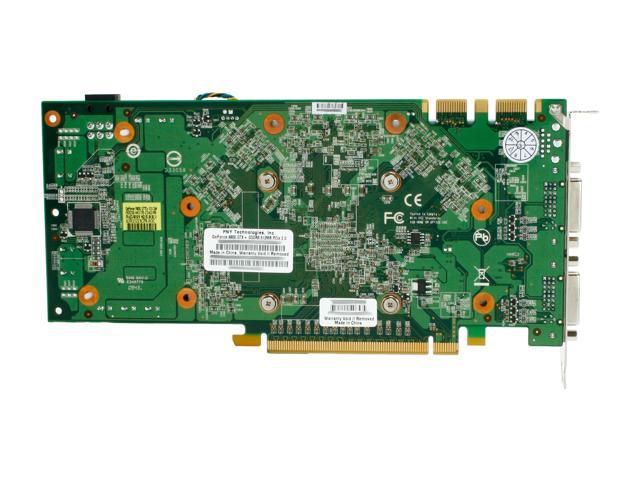 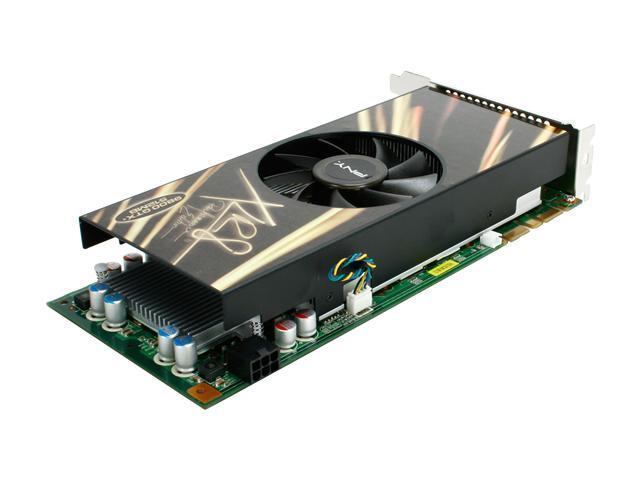 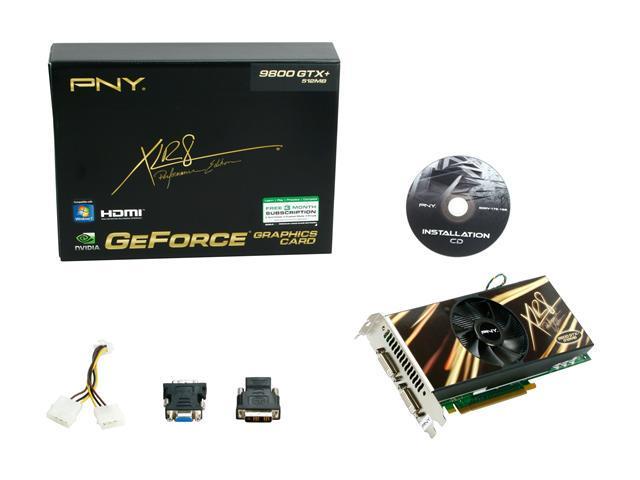 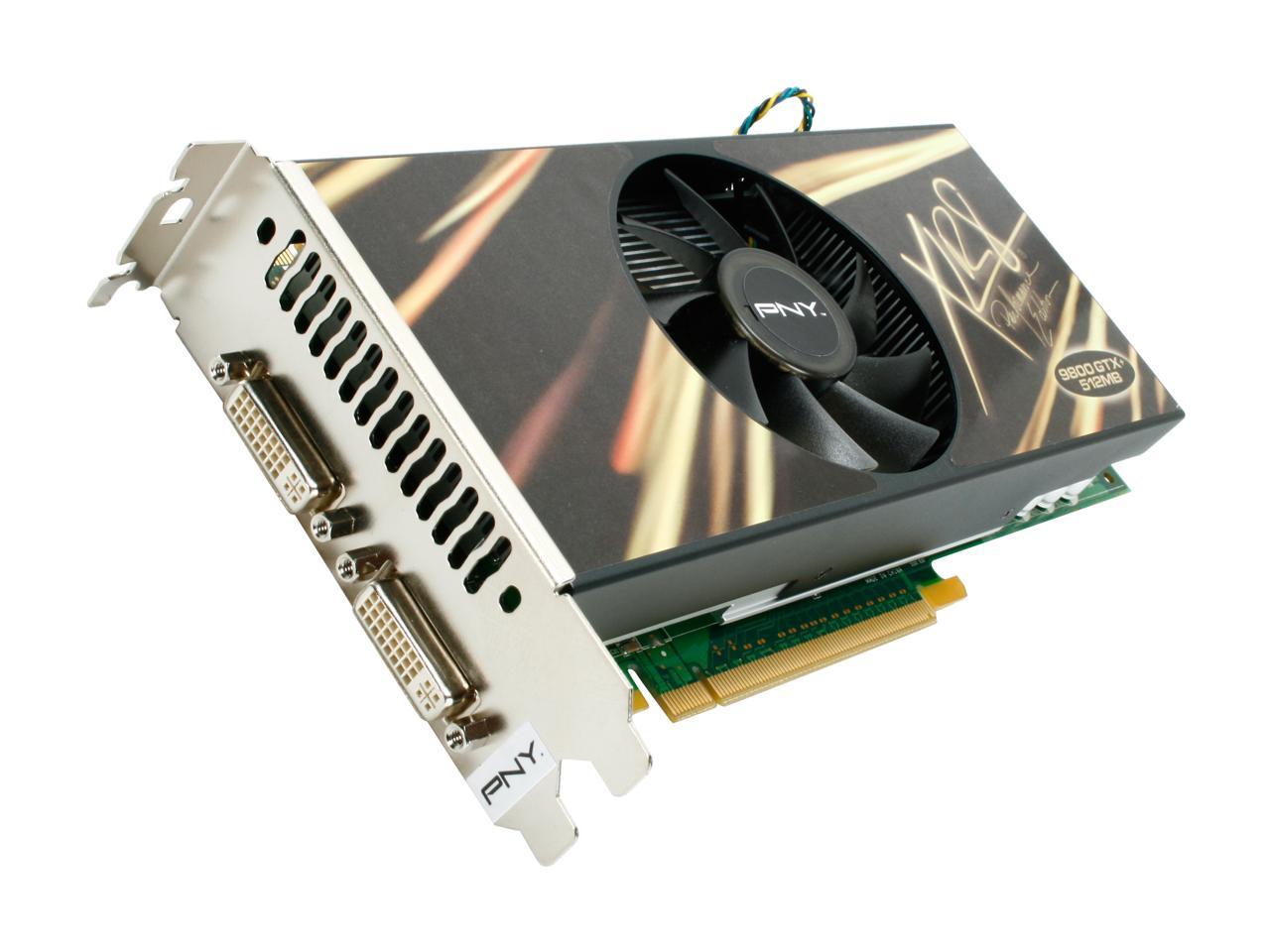 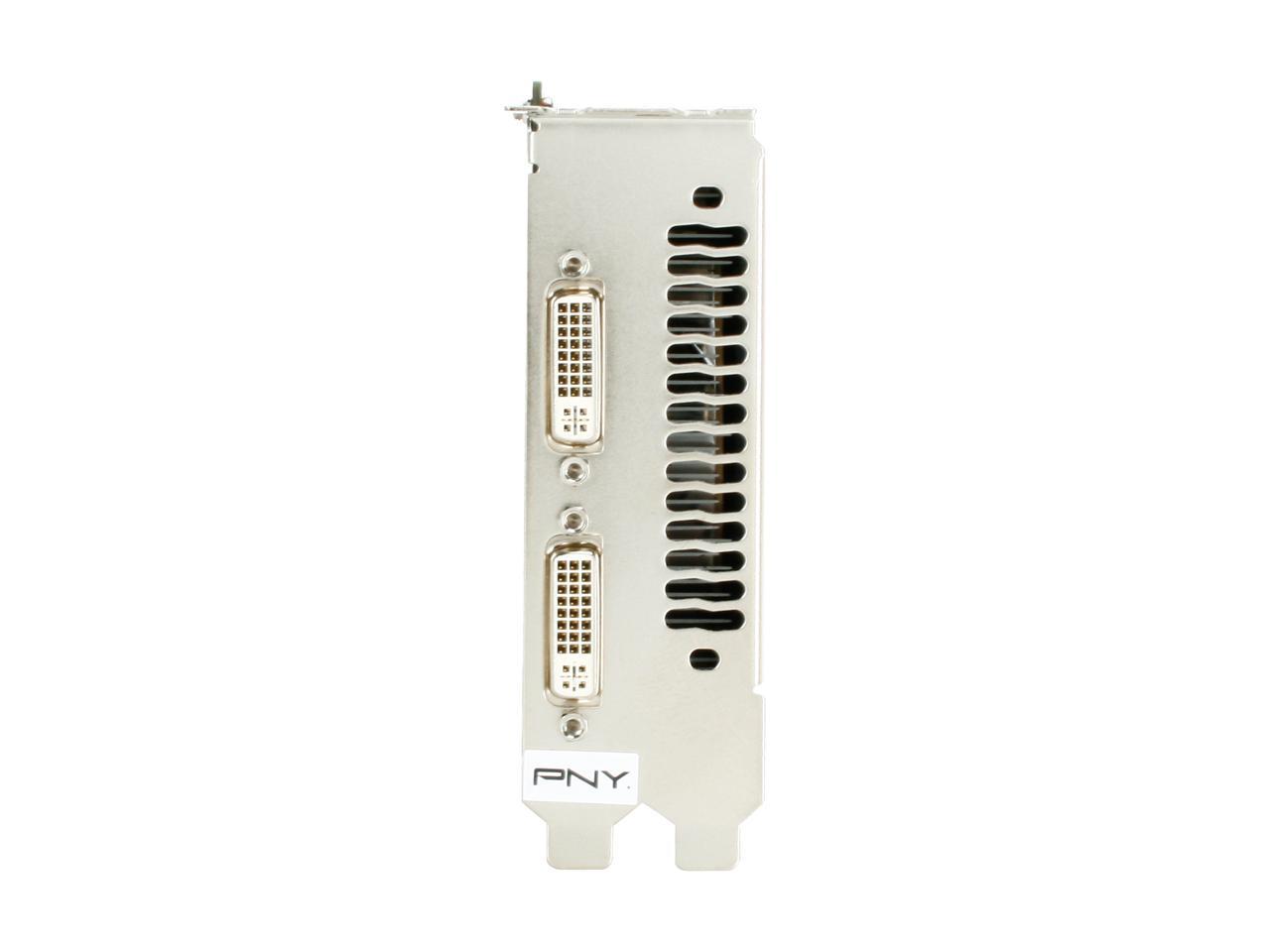 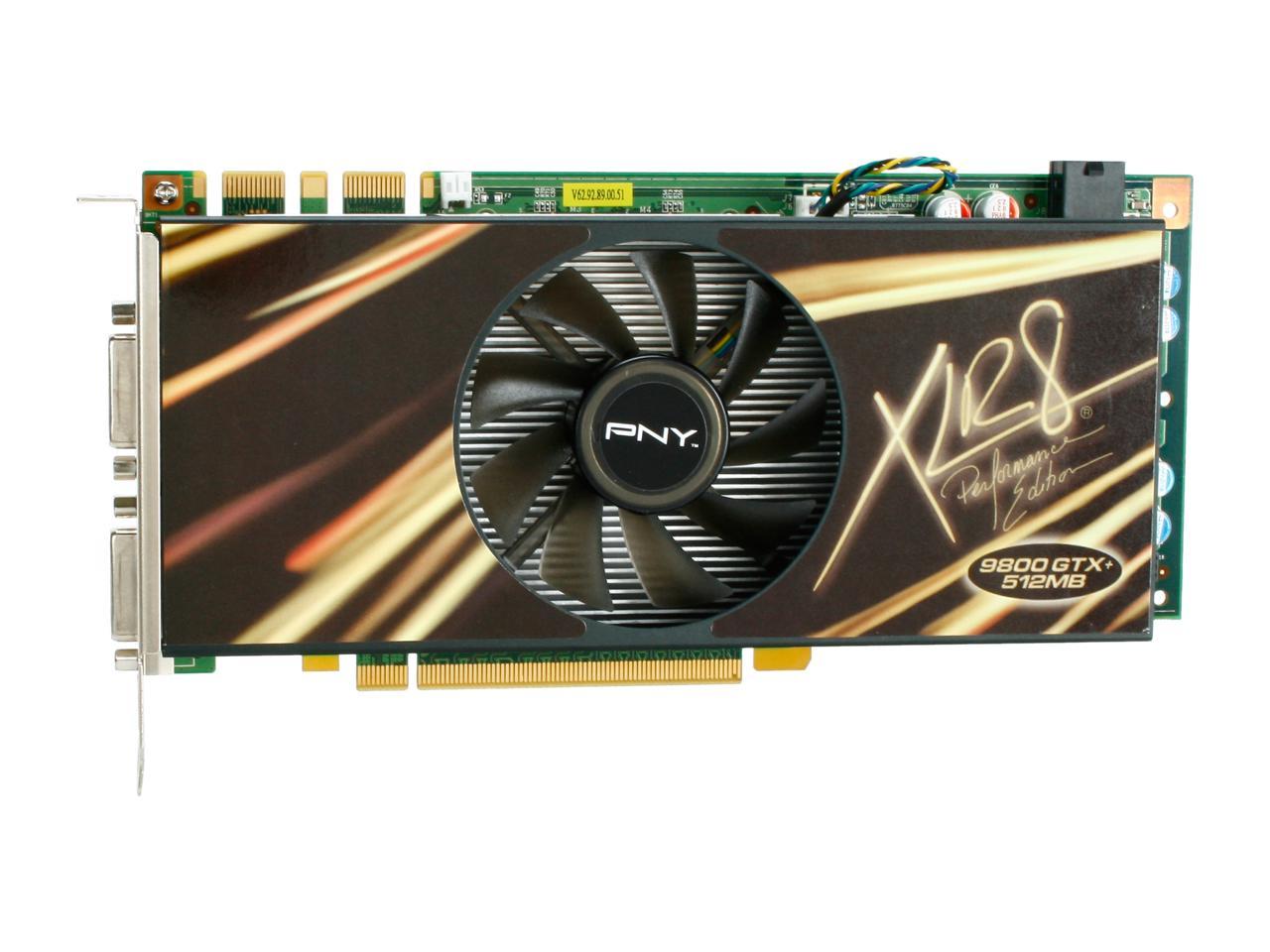 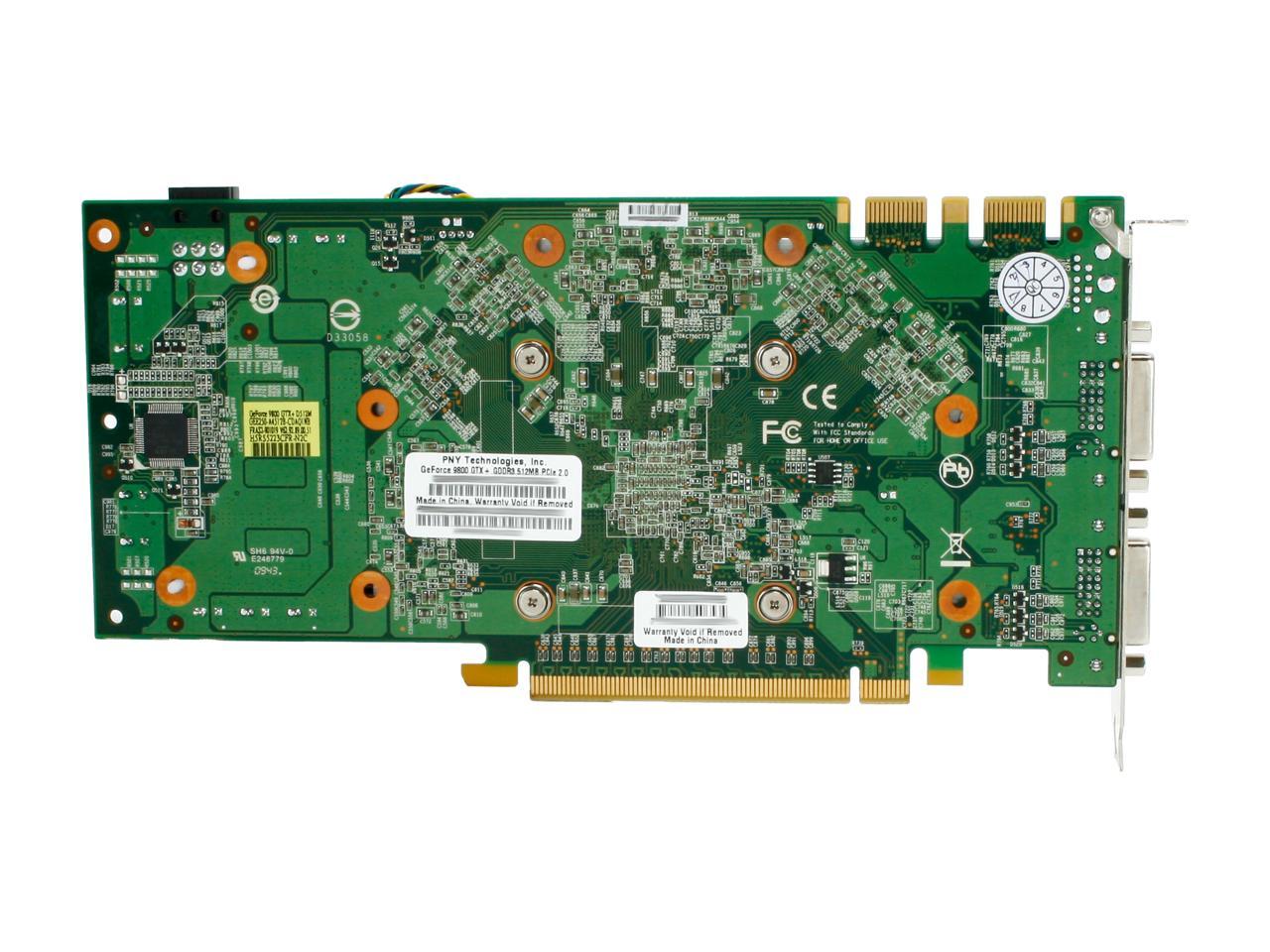 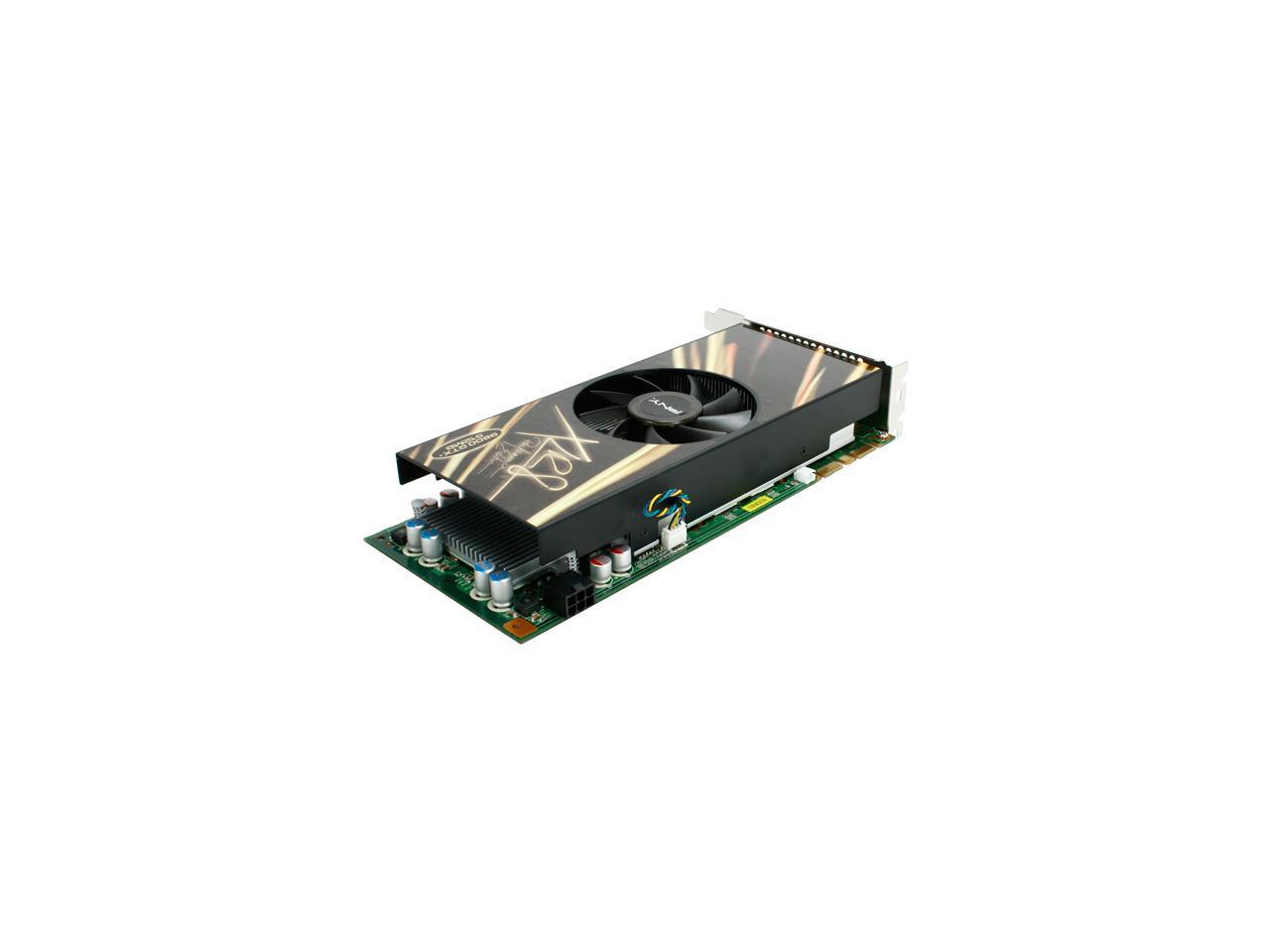 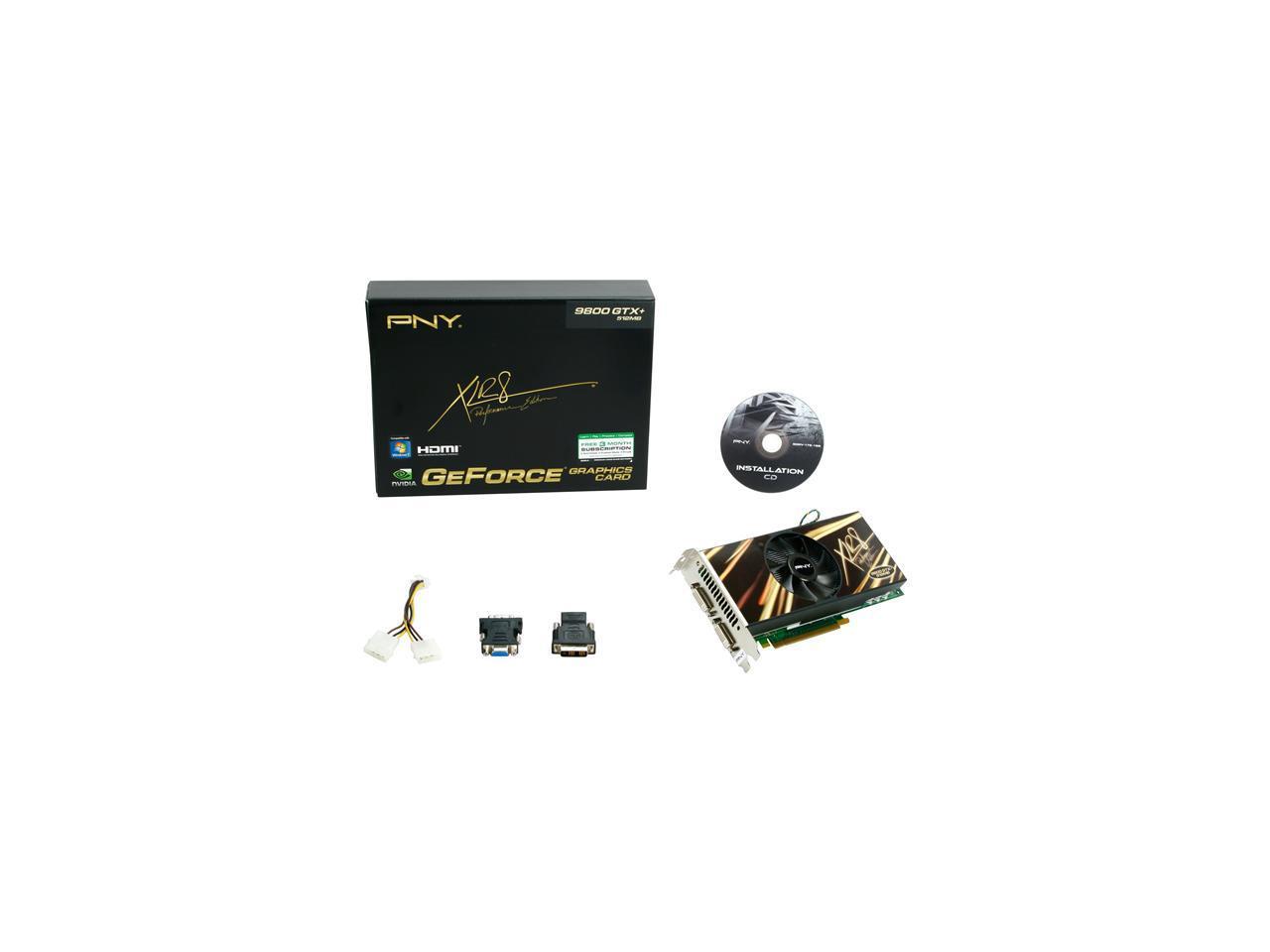 Cons: Under a heavy load, like Crysis Warhead(all Gamer settings, 1600x900 windowed), it runs pretty hot...about 80-82c max so far which tends to heat up the inside of my case pretty bad, blows hot air all over my memory and hard drives towards the front of the case. I *think* the slot vent is actually pulling air in to feed the fan/heatsink on this card, and the air it may pulling in is the hot exhaust air from my rear fan. I need to look further in to this to be sure, if it is pulling air in that is a HUGE no-no and would make this card complete garbage in my opinion. The card is also pretty heavy, I was surprised at how much this thing weighed.

Overall Review: This product page is incredibly inaccurate. There's only one 6-pin PCI-E power plug port on the card, not two. The heatsink/shroud run all the way to the slot vent and isn't rounded like in the product picture. The fan is actually bigger, about 80mm, and sits in the center. The card is overclocked from the factory, out of the box the clocks are; core = 740MHz, shader = 1836MHz, memory = 1100MHz. I realized this when I tried to overclock it and it wouldn't take more than 6%/4%/10% overclock. Some users may have to underclock this card if airflow is an issue for them. Due to the airflow/heat on this card being a nightmare, I think that's why they were offering free shipping + free game + instant rebate + mail-in rebate. It's a great card, but may need the fan/heatsink replaced for one that manages the hot air a little better and directs it in a better area than your memory and hard drives.

Pros: None. Was never able to get it to work.

Cons: Bought one of these for a system I was building. Got everything put together and loaded Vista. As soon as I loaded the Nvidia driver, the system blue screened. After much troubleshooting determined the card was bad. New Egg RMA'd the card and sent me another. Had the same problem with it. Finally gave up and returned card to New Egg and bought a XFX card, put it in, loaded the Nvidia driver and it works perfectly. On a side note, everything about this card (pictures and documentation) say it should have 2 6 pin connectors, both of the ones I received had only one 6 pin. PNY needs to start paying more attention to their Quality control and their documentation

Overall Review: I would be hard pressed to purchase any product from PNY again. Would like to state that as always, New Eggs service was fantastic.

Pros: Solid Card it takes whatever I can throw at it with no problem.

Cons: It blows hot air back into the case. Get an exhaust fan for the front of your case.

Pros: Great card for the short time that it works, plays most games at extremely high settings.

Cons: Even at the lowest setting I can get in most games the card overheats and blacks out after at most 15 minutes. the card runs so hot that I am sitting here typing this at 100% fan speed and 49C with -no- load. Hits 75-80c in a game and shuts down in minutes. Unknown if this is a driver issue (keep updating drivers without a fix to it) but the games I can and can not play are all over the board on how much they should use the card.

Overall Review: For some unknown reason the only games I seem to be able to play are WoW and borderlands, Games that don't work (just a partial list) AvP, CS, CoD4, Dragon Age, Warcraft 3, Unreal Tournament (yeah the first one), Titan quest, torchlight, Fallout 3, sacred 2....... L4D2 runs with a serious stuttering problem every few minutes. I could take my character limit listing these games. 2 Eggs, cause when it does work it looks like a deity (zombie Driver 2000+ fps lol)

Cons: Runs a little hot. But no big deal.

Overall Review: I thought it was going to be about 12 inches long. That's what I read. But its only about 9 inches long. Also it doesn't have two 6 pin connectors. It only has 1.

Pros: Faster than I could imagine a card being. 299 Frames per second on (CSS MAX SETTINGS) De_Aztec was nice to see. Ran around the MAP and shot at water and looked at gloom from lights. Was amazing to see the difference from my old 7800GTX.

Cons: The cooling on this card. The whole design seems aweful. Why isn't pulling air from the front to the back? It is just pulling air and pushing it down under itself. That is just stupid. These PCIe cards need to be flipped around so that they blow hot air UP!

Overall Review: Fortunately there is enough air movement in my case to keep that hot air bubble from staying under my card for too long.

Pros: This card can definatelt handle anything that you throw at it with no problem. It actually outperforms my 1gb video card. Great for the price.

Cons: The card is huge, got to make sure that you have room for it in your case. I have a full size case and i tstill dominates the space.

Overall Review: Requires a lot of power to run this thing and it pulls air from behind the case and throws it into the case. Kinda wierd.

Pros: Runs all of the games i throw on it at max settings, and i'm not skimping on anything here, everything at the highest possible. the fan on this sucker is quieter than a dead rodent and it runs at 30 degrees celsius. this card amazes me in so many ways.. i'm not even temped to overclock because it's fine right out of the box. 260's and 280's? please, i have a 9800 gtx+ =)

Cons: it IS the size of your forearm, this isn't an exaggeration. sometimes i don't know if my computer is running