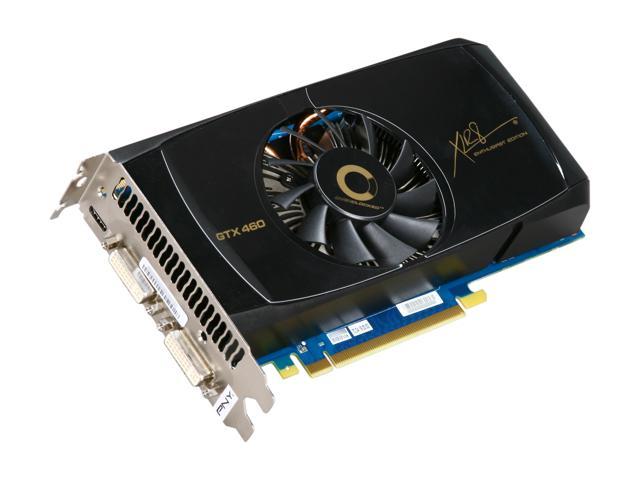 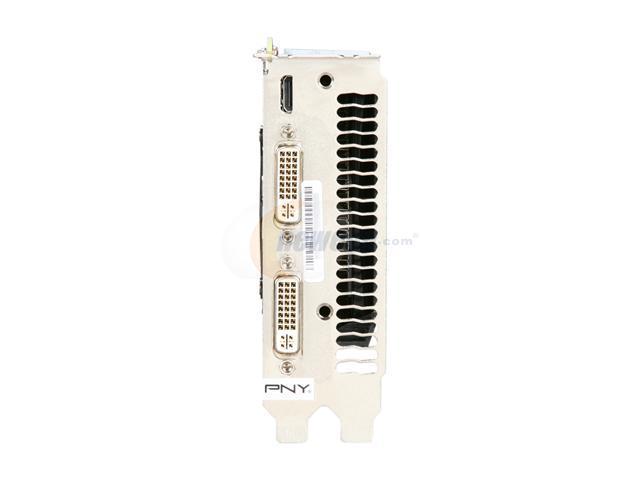 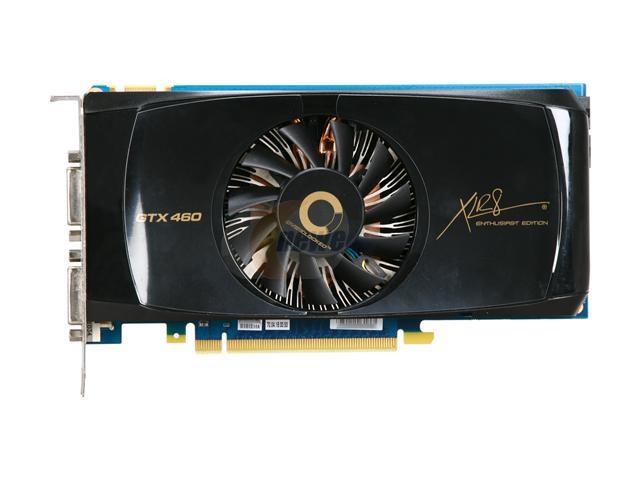 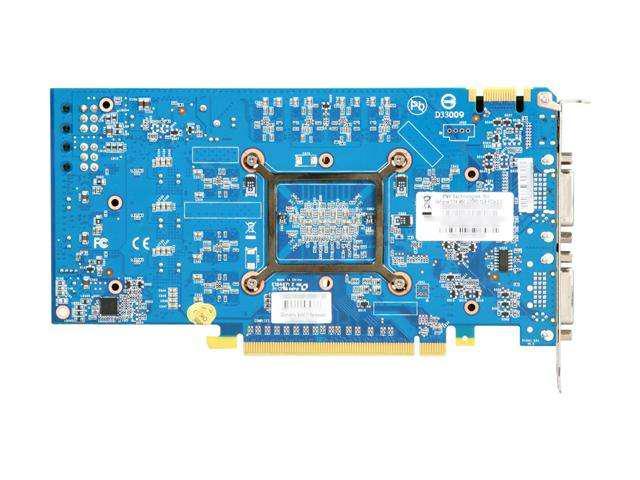 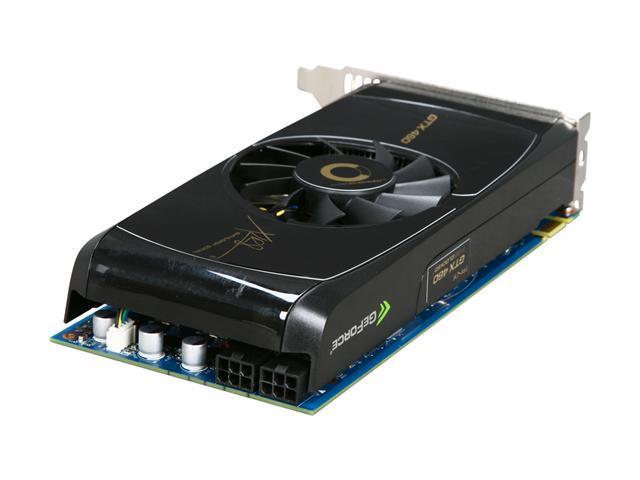 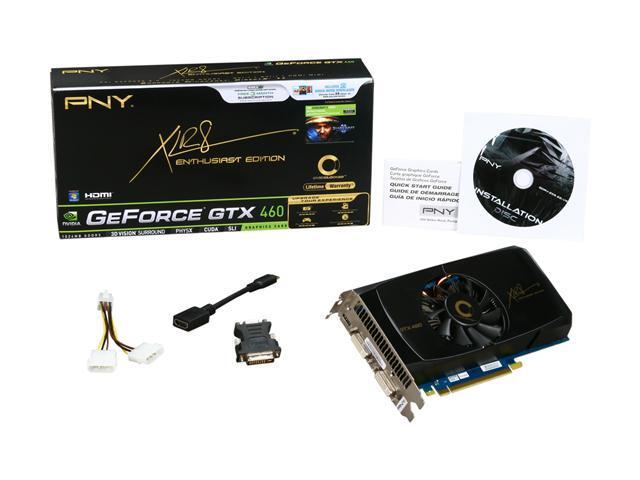 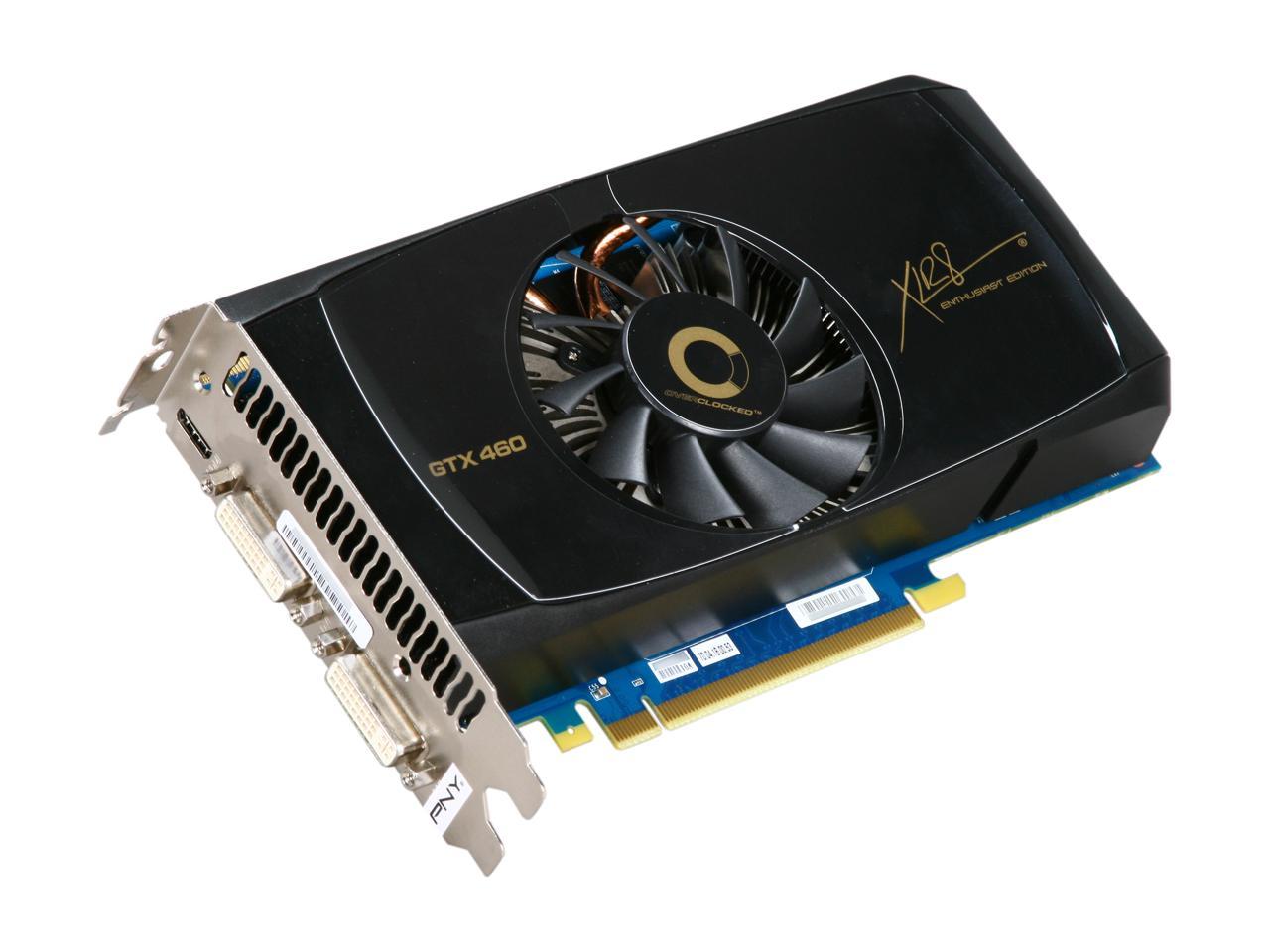 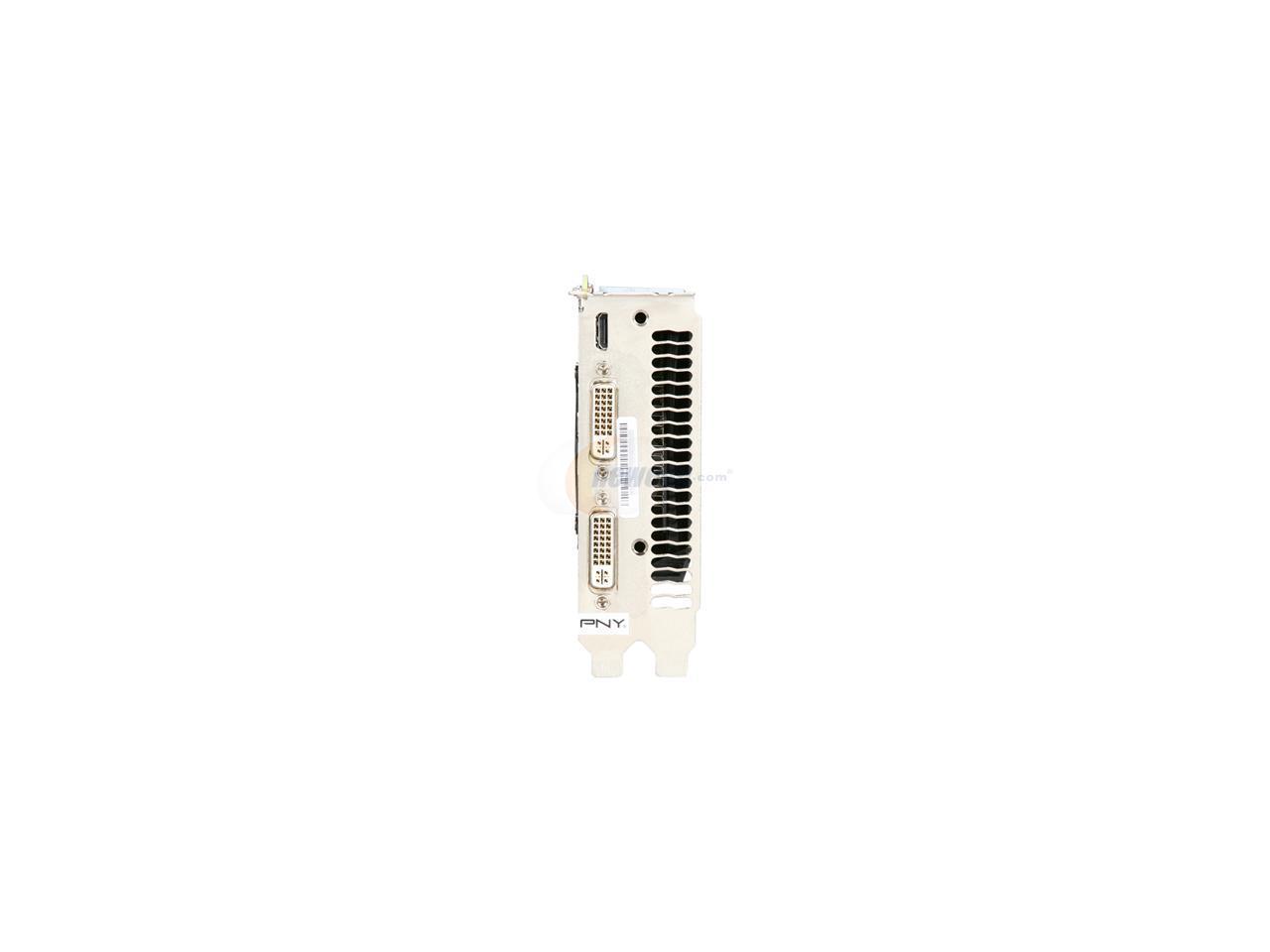 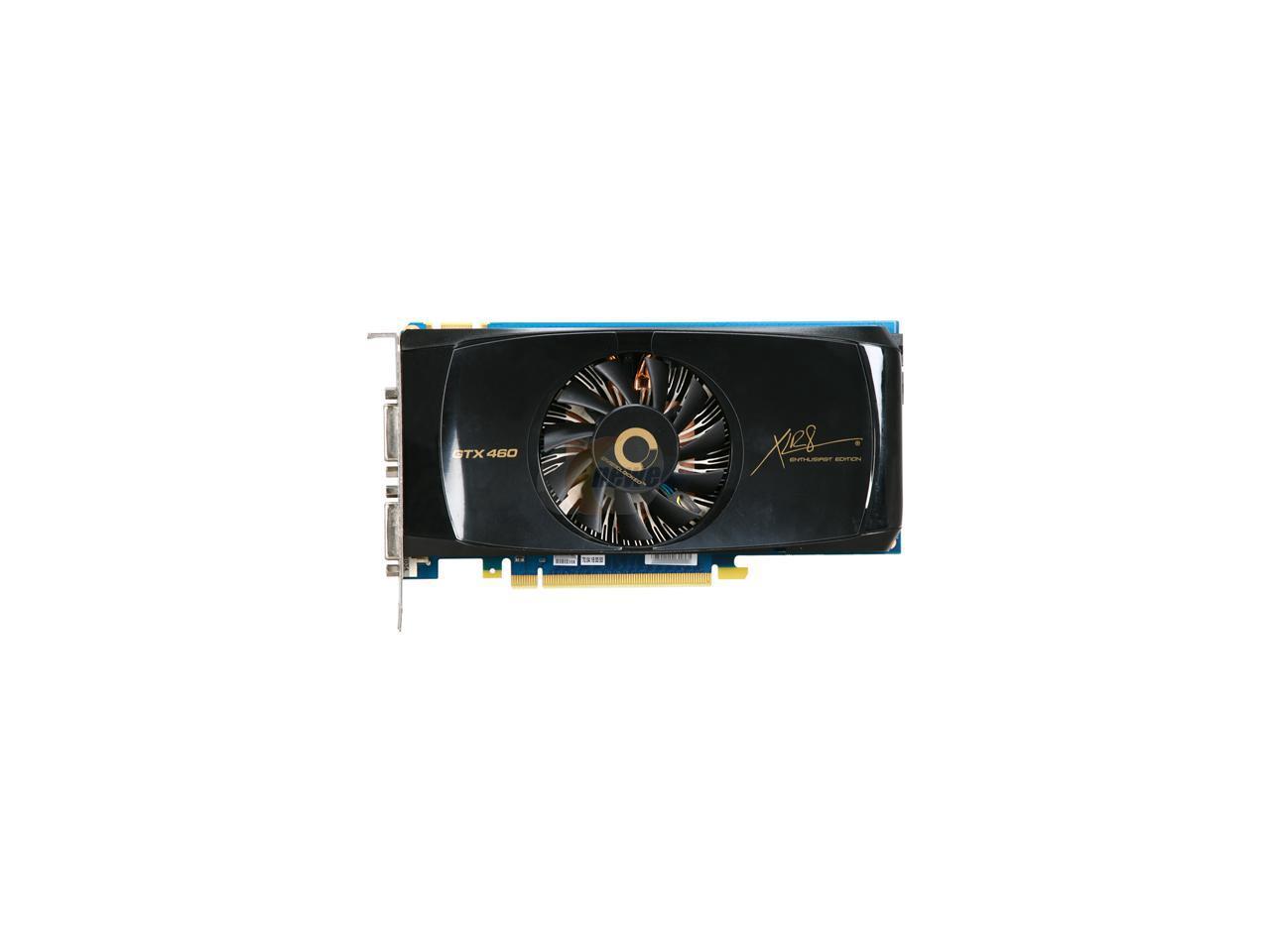 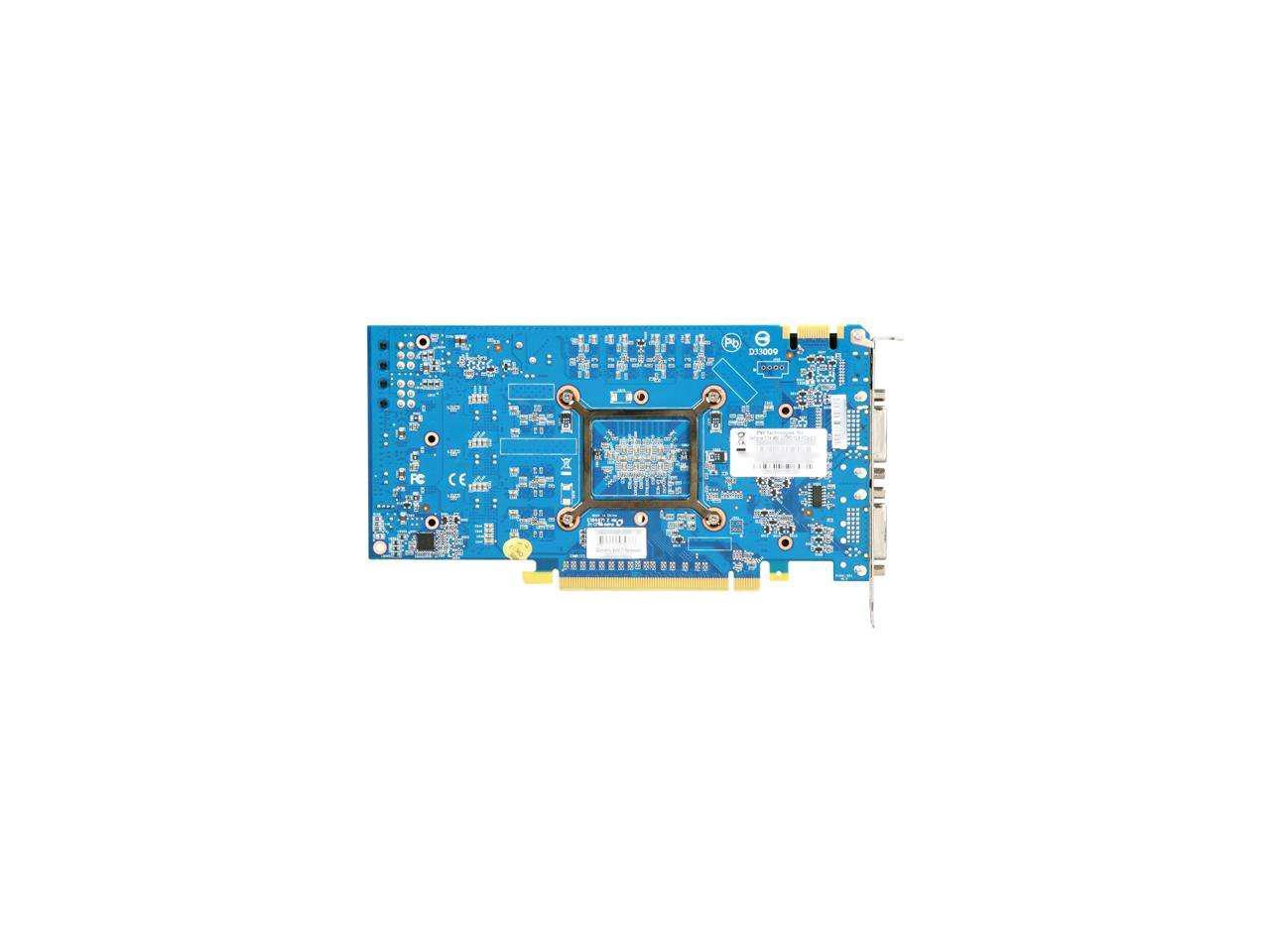 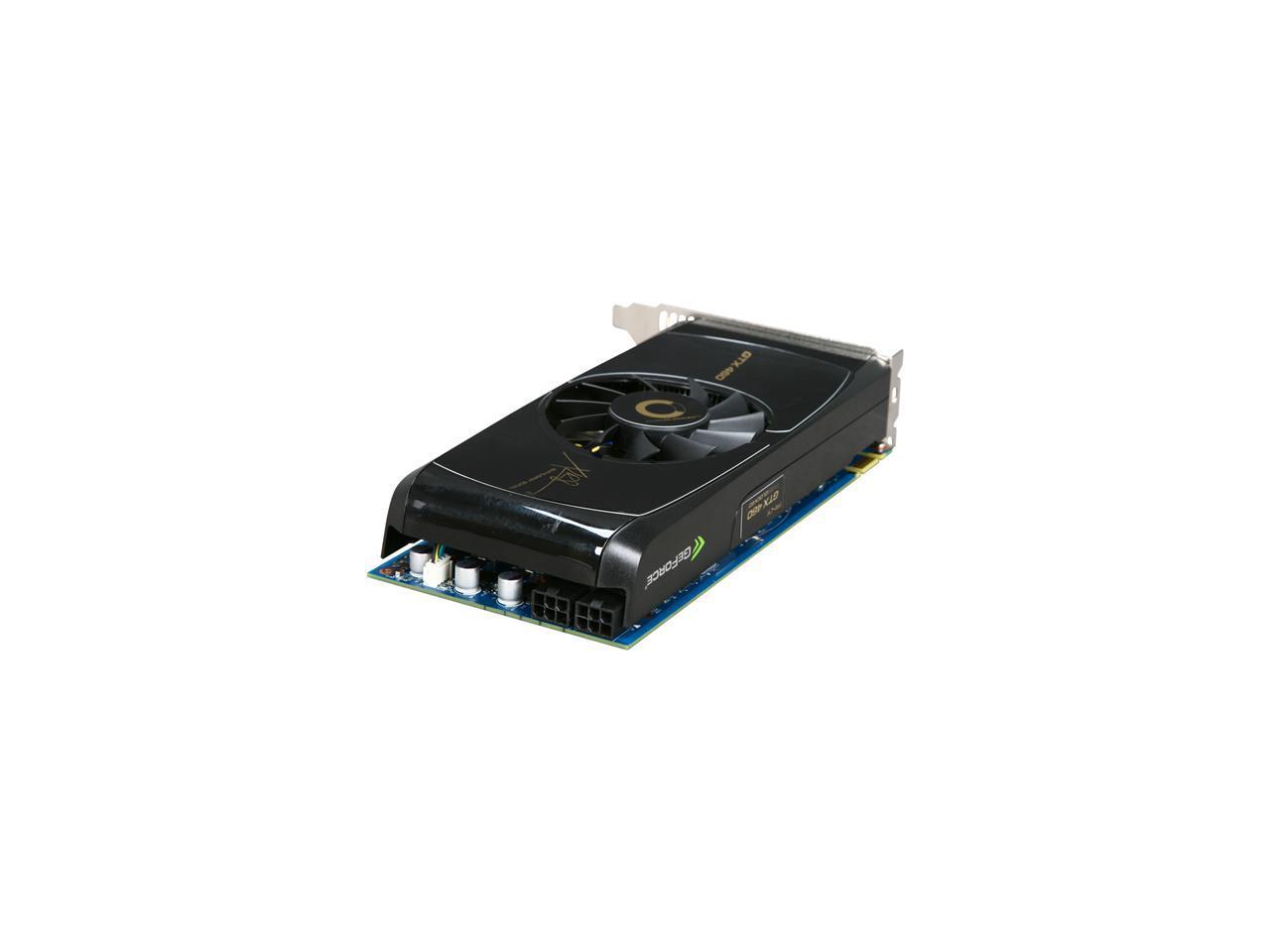 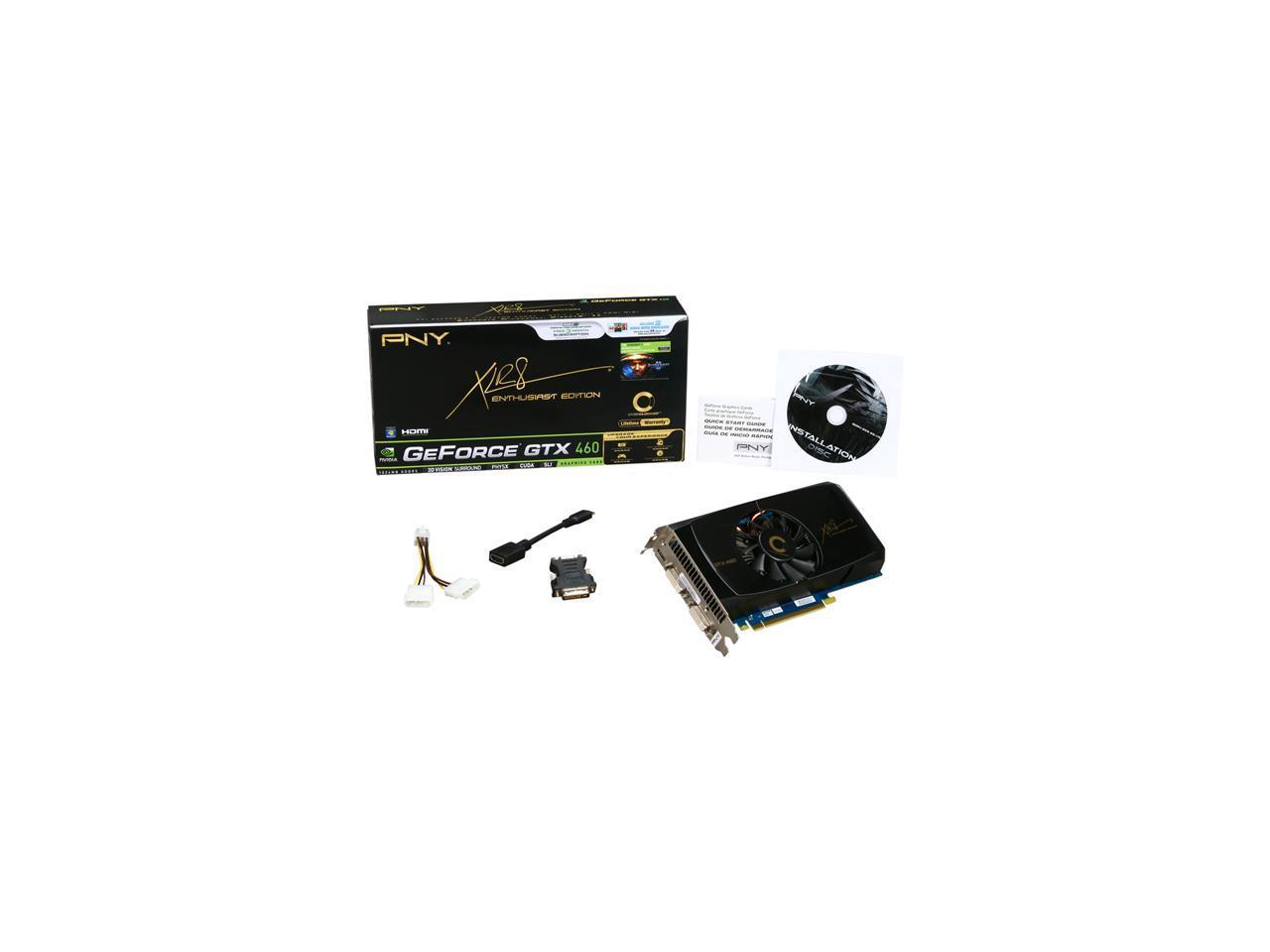 (94) Write a Review
See more "gtx 460"
In stock.
Ships from United States.
Most customers receive within 2-6 days.
Overview
Specs
Reviews
Built from the ground up for DirectX 11, GeForce GTX 460 delivers the ultimate next generation gaming experience. With up to 4x the DirectX 11 tessellation performance of the competition, GTX 460 packs highly detailed visuals into your games – without sacrificing high frame rates. And with NVIDIA 3D Vision, PhysX, and CUDA technologies, GeForce GTX 460 powers all the incredibly realistic effects that your games can throw its way.

Pros: On the occasion that it works properly, it is very smooth. It's a surprising jump from the gtx 275

Cons: From the beginning, I have had artifact problems and random bsod, but tried to fix the problem from a driver pov. Finally, the windows screen would freeze and report that the vga aparatus could not start. Since I had purchased it a couple weeks before I built this system, the RMA window had closed for Newegg, so I RMA'd it back to PNY. They emailed me saying tht they received it but have sent it back and that a detailed explanation would accompany it. I got the card back. It was not in the safe carton I sent it in. It was floating freely in the box in a static bag with a note that said, in refined detail, PASS TEST. Well, guess whet, PNY, it does not pass the test. I have been running an 8800 gs in it's stead and it's been flawless. The GTX 460 froze, artifacted, and bsod with that old familiar message inside of 15 minutes.

Overall Review: From my experience, this superclocked card seems to be overclocked too high for the quality of the components (in this particular instance). I understand that "if it aint broke, we cant fix it," but I cannot help the fact that PNY cant make it break. No other card I have on the premisses does this. This one is broken. As a dissatisfied customer, I expect warranty coverage. Otherwise, I'm out 200 dollars and PNY is out a loyal long-time customer. However, NEWEGG DOES ROCK! and they knows it :^D

Cons: Now I randomly lose video when the card is under load. The fans still spin, and my PSU checks out fine. The old card I put in to test with hasn't replicated this, even under extreme load. RMA to PNY did nothing but get me my old card back with the same problem.

Overall Review: I'm not going to be happy if I end up eating $180 because of this. I went through the RMA process with PNY, only to randomly find my old card on my porch tonight, with no call or e-mail from them telling me what they did. All I got with it was a note that said "Passed Test". Sure enough, I popped it in, fired up a game to test it, and lost video a minute in. I got on the phone with tech support after that, only to be told that since it passed, they have no obligation to me. When I asked to talk to someone else to see where I could go from there, I got transferred straight to a voicemail without warning. Seriously? That's professional. I had to call back to find out the supervisor was gone for the day, but it would have been nice to know. I'll be giving him a call tomorrow, but so far I am really not happy with this situation. Hopefully I can at least get my money back.

Pros: Works exactly how I expected. Runs games fantastically, even though the rest of my system is a bit outdated (3.2 Ghz dual-core Intel Wolfdale, 4Gb 800mhz DDR2 ram). With this build Crysis 2 Dx11 edition is smooth as butter. Outputs sound through the HDMI, so I can operate the PC through my TV with no complicated cable combinations.

Cons: It does not advertise that the product requires two power inputs. It does come with an adapter to combine to HDD power ports into one GPU power port, which works perfectly well for me, but you should know about this as it is not mentioned and came as a surprise to me.

Pros: Incredible fps boost on max for games, good noise volume, easy software install, everything all around looks absolutely fantastic. It runs smooth on my 3+ year old system. E2200 2.2 Dual Core processor, 2 gigs DDR2 RAM, integrated audio, win7 x64 (maxing RAM to 4 gigs).. Not a high end system especially by today's standards. But this card has made it so much better, and the gamer girl in me is just squealing at how epic the games look now.

Cons: Big. The hardware is bulky and just narrowly installed into my system, but once I got it in there, it was pretty easy from that point on.

Overall Review: I had a Radeon HD 5670 before getting this card and the superiority of this card was unbelievable. My jaw dropped when I ran Devil May Cry 4 capping 210 FPS, and Resident Evil 5 hovering around 60 FPS with vsync active, everything maxed out. I'm completely impressed, and so far, there's nothing I can say negatively about this card besides the very small, aforementioned comment about the size of it. It's pretty friggen awesome.

Cons: Wish they put something else in the box, like a cool game or something better than a couple free movie downloads from Sony. Also, a 3 month subscription to the ESEA gaming network seems to be for kids.. I am too old and will probably not enjoy that, maybe a freind has a kid that can use it...

Overall Review: I am in my 50's I play combat flight sims, but enjoyed the Stalker series. The card sure helped me, as I got rid of the old Radeon video card. It seems the flight sims I fly are optimized for Nvidia. The GTX460 is fine, but, if I had lots of cash I would have gotten a whole new computer with the gtx480 instead. Also, I bought it from TD, which had a very slightly better deal at the time of my purchase, but I buy plenty of stuff from Newegg too. I wrote a review a few days ago, but it seems to have not been published so I write this new one.

Pros: Giving it 3 stars played the few OLD direct x 9 games like GRID beautifully, however newer Direct X 11 games were mostly problematic, HAWX 2 played fine (granted beginning the game there isn't much present to really push the card), Dirt 2 showed the "micro stutter" effect during gameplay and menus, Batman AA was alittle Frame dip hiccup occasionally in cutscenes and gameplay not bad just not 100% right, Aliens Vs Predator Seemed ok (But never got into an area with ALOT of action happening), Seemed to run Heaven 2.1 benchmark fine with results in line with others, So I give it 3 stars because its problems could just be a compatibility between my windows install, and surrounding hardware though I did do clean installs and used 3 latest drivers from nvidia and all the tips I got from Google "micro stuter" with Fermi single gpu machines. Resolution for gaming is 1680x1050 16:10 aspect ratio

Cons: "micro stutter"' in newer direct x 11 games, I wouldn't say don't try it just be prepared to maybe have to RMA the card, also don't get a Vid Card with free download game because to RMA the card you don't get full price they deduct 49.99 from the refund price.

Overall Review: my Rig is asus M3a78-pro (next to latest firmware) 8 gigs of DDR 2 Gskill AMD 965 Corsair 650 PSU Installed My GTS 250 back and running my games just fine

Pros: Pack a great punch. Definitely was an upgrade from my GTS 250. Can run alot of games that were on med/low with the GTS 250 at high on most games with the GTX 460.

Cons: Don't know if I got some wierd pre-tested card or something, but the cards I received (I bought 2) had scratches and wearing on both the plastic parts and the stickers. Mildly concerned that they aren't new cards. Could possibly be the packaging, but I somehow doubt it as the cards don't move at all inside the packaging itself.

Pros: This is one fast card! No problems with setting it up either.

Overall Review: This card allowed me to crank all my FPS games to max settings.