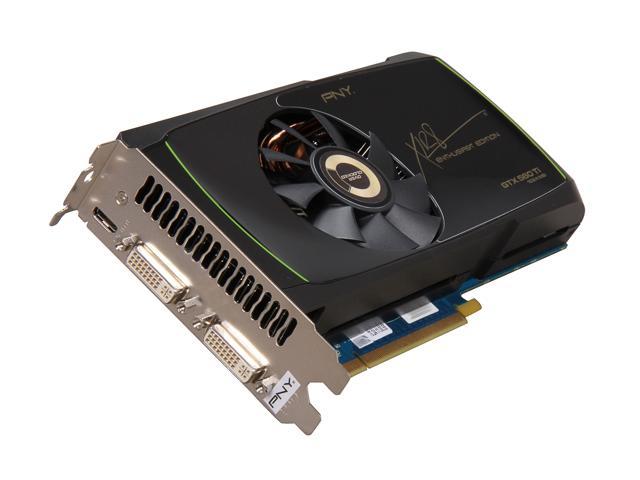 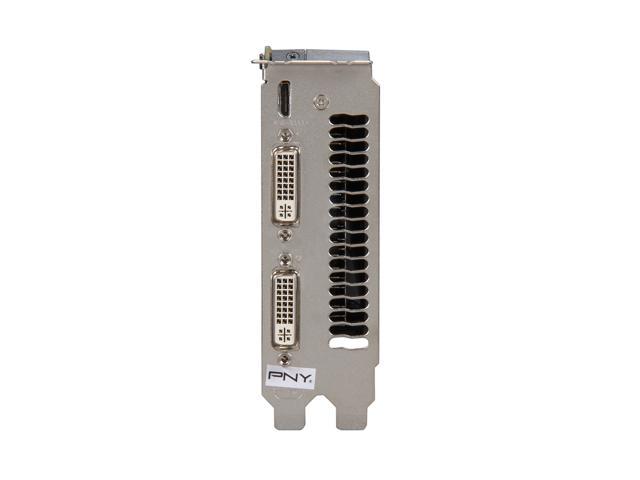 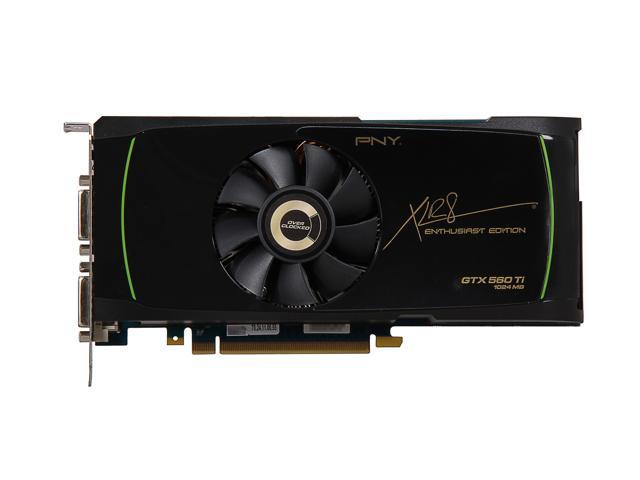 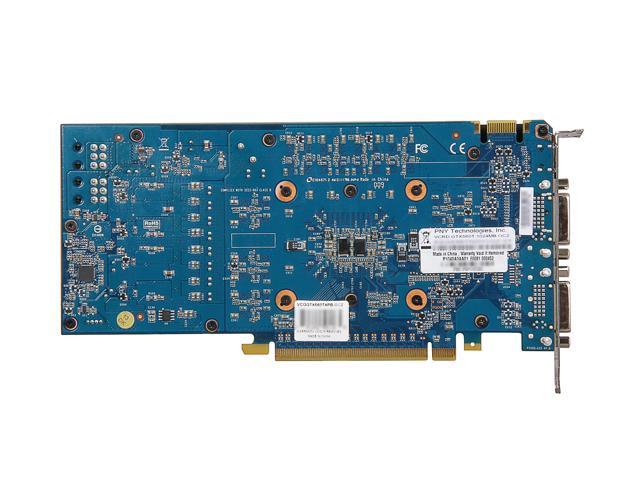 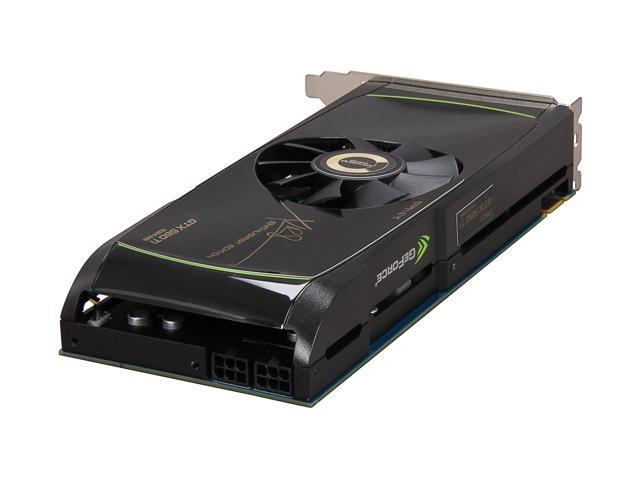 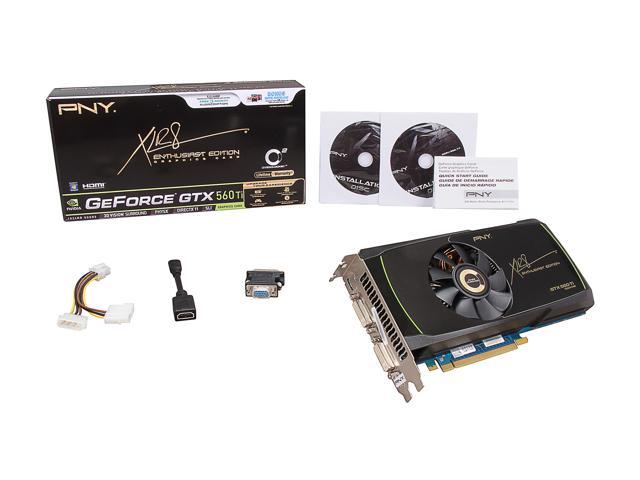 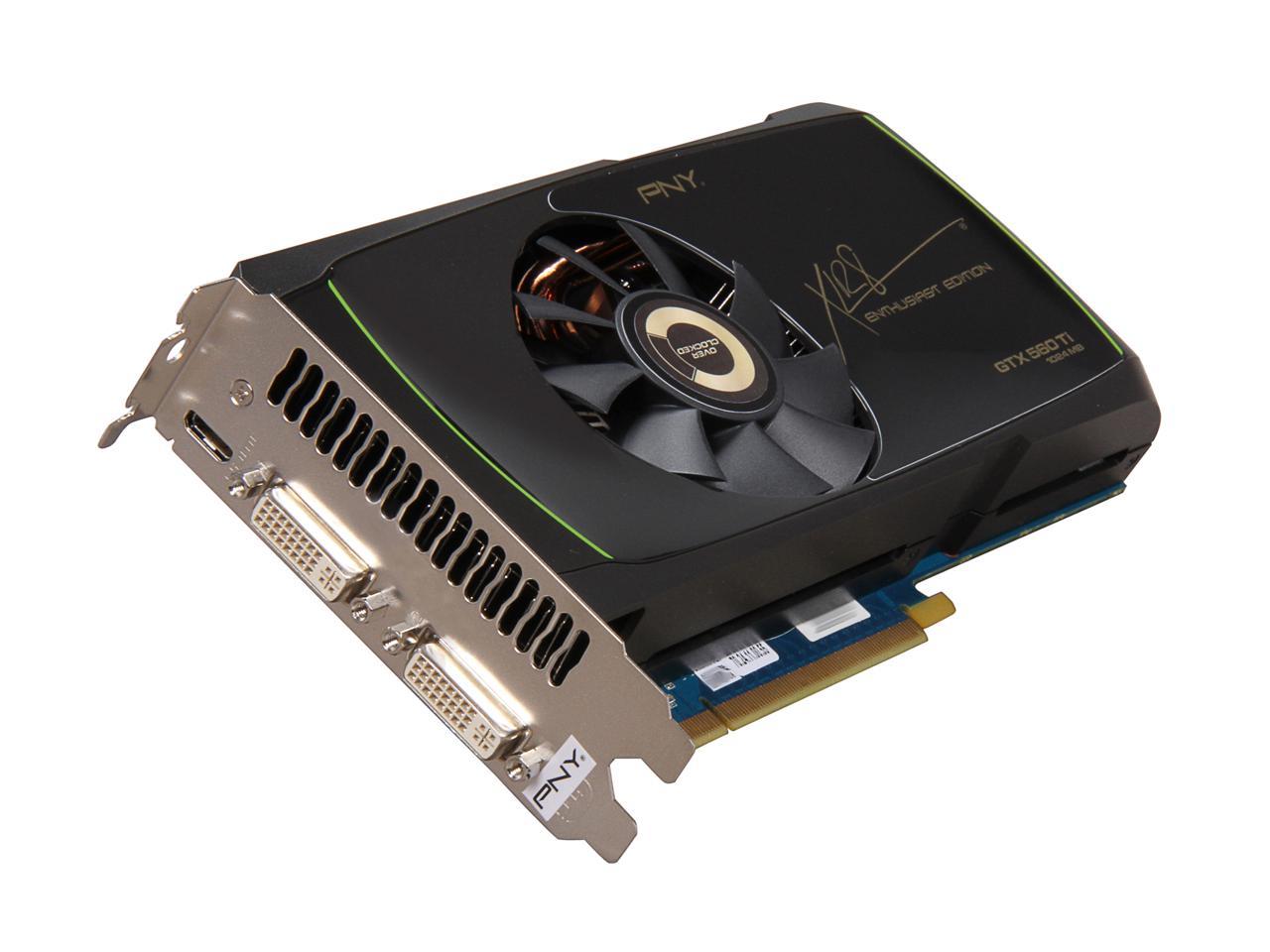 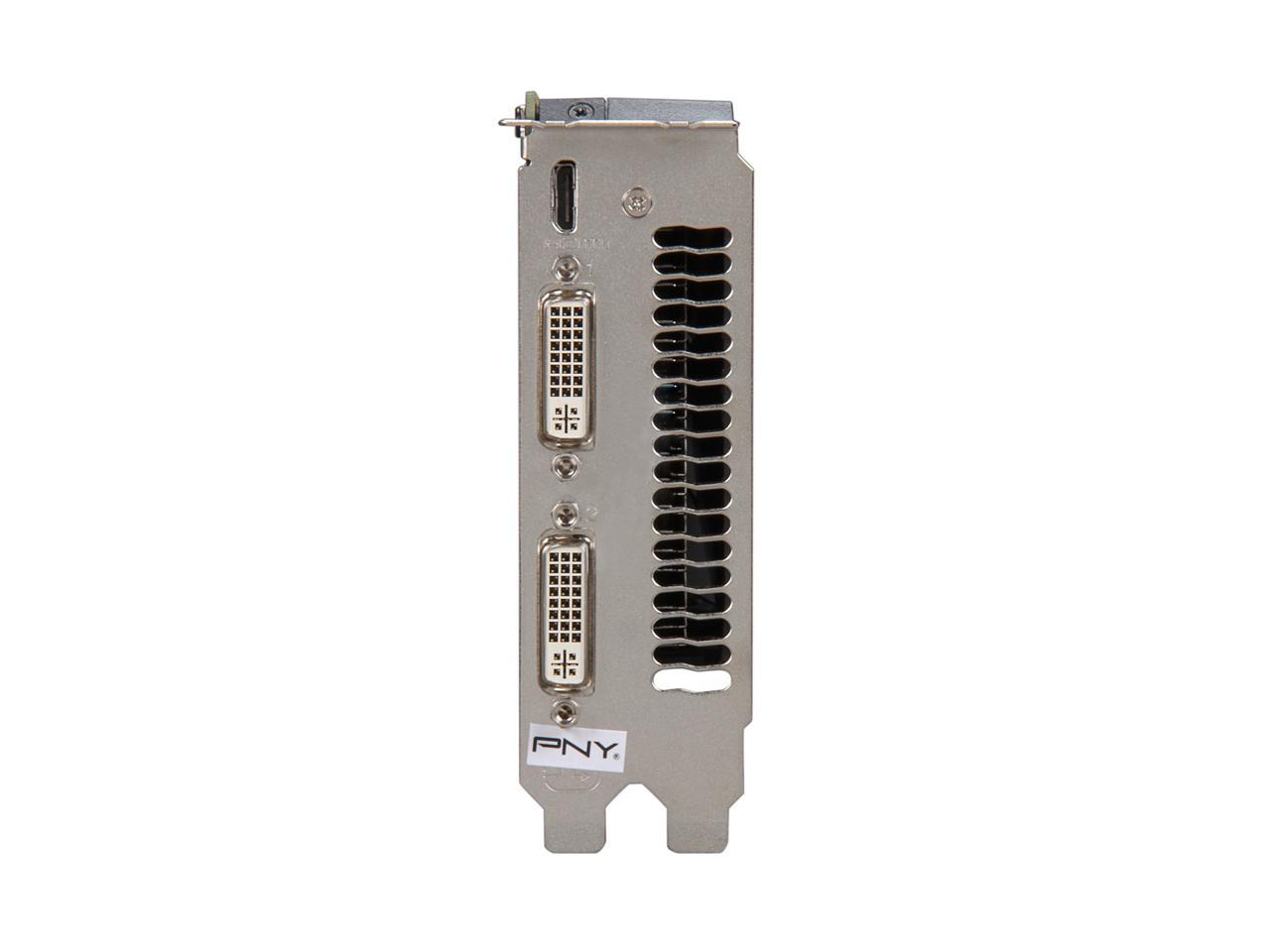 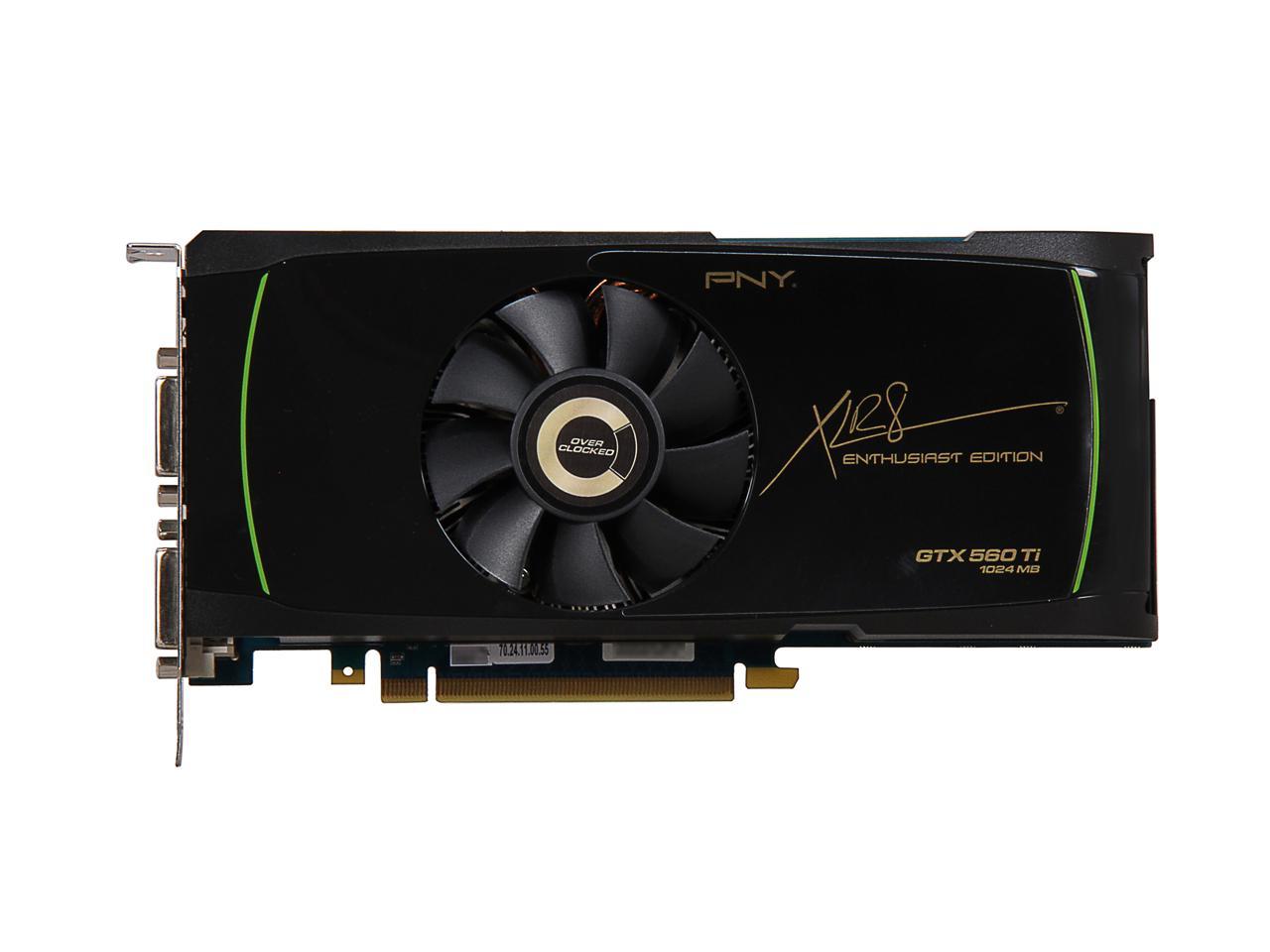 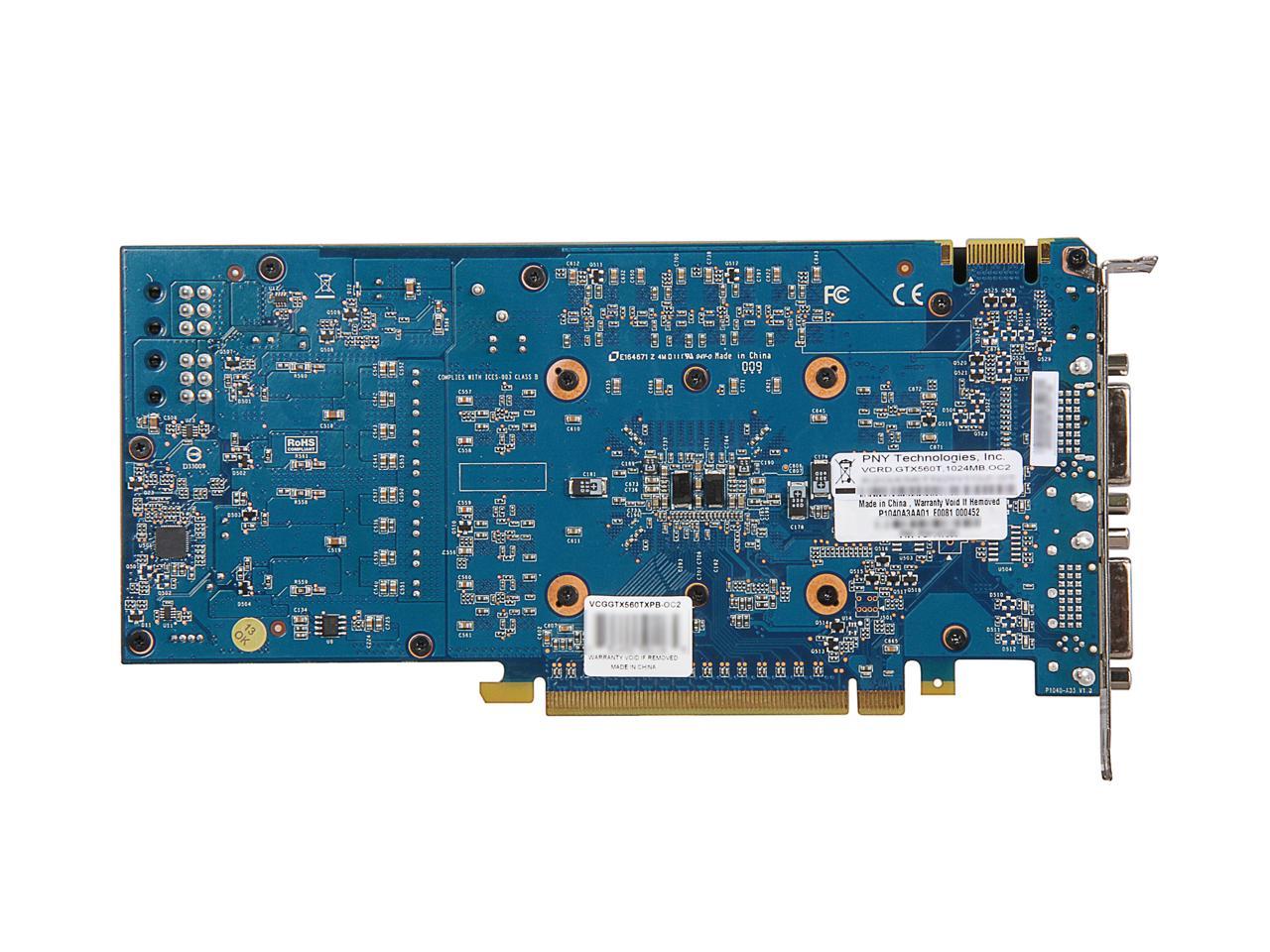 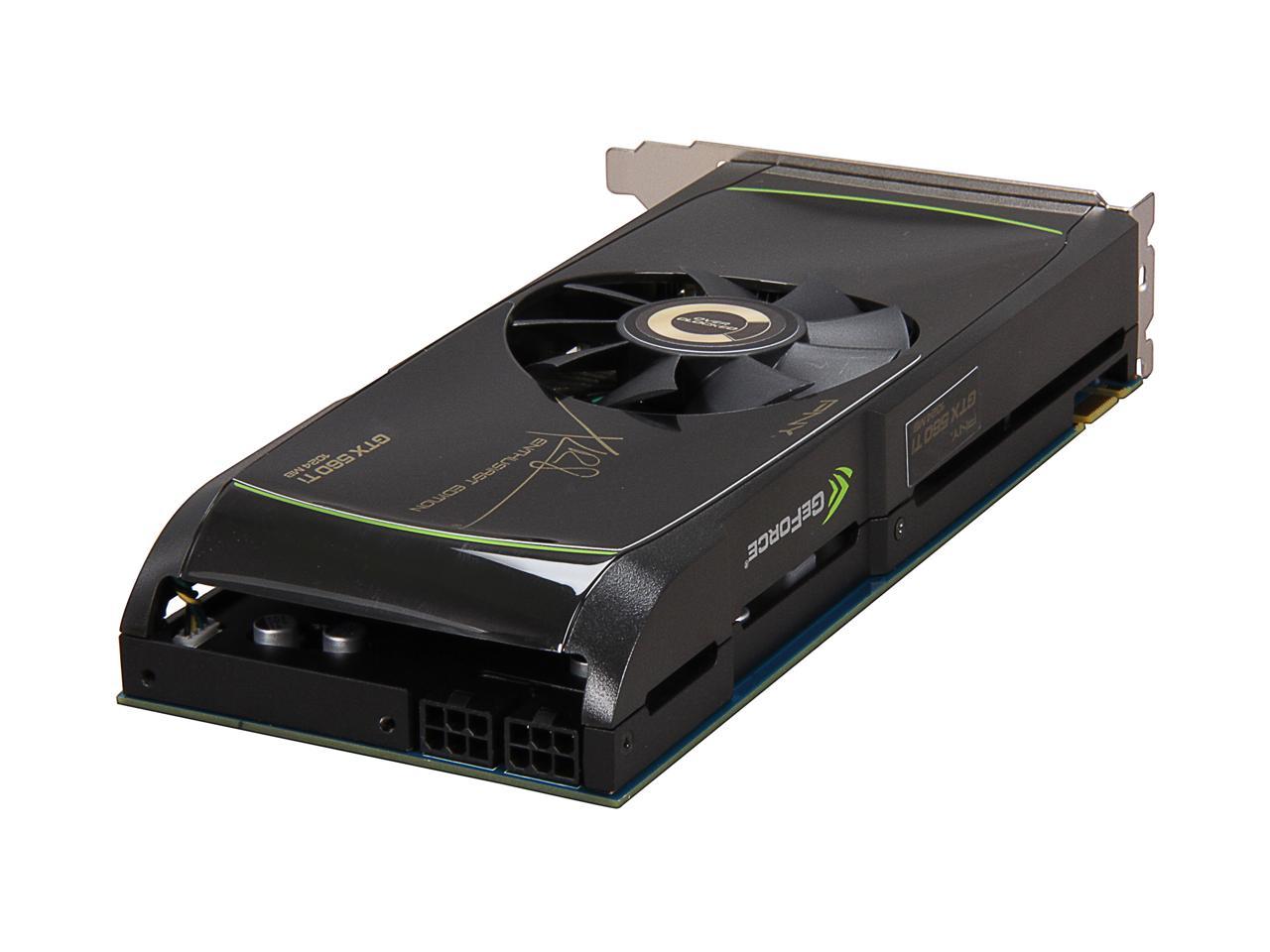 (50) Write a Review
OUT OF STOCK.
Overview
Specs
Reviews
Discover the incredibly detailed world of DirectX 11 with the PNY GeForce GTX 560 Ti graphics card. With over 3x the performance of previous generations and loaded with all the latest gaming technologies including NVIDIA Surround, 3D Vision, PhysX and SLI, the GeForce GTX 560 Ti delivers a gaming experience that will blow you away.

Cons: Not the most flashy thing, but it is what it is.

Overall Review: I am coming from a GTX 275 and I looked for a Direct X 11 card, but not much out there could compete with that. I either had to stick with what I had or go with a 580. I compared these two and this is more or less on par with the 275 although slightly faster in some regards. It has a faster core, but lower bit interface. Part of me wondered if I done the right thing. I was also a second away from going with ATI as it is probably more impressive in every way, but the CUDA thing got to me. However, CUDA does nothing for me since my Core i970 dusts CUDA any day! So I probably should have gone with ATI. Maybe next time... Well, the first thing I noticed with this card is that it was smaller and lighter than the 275! This had me concerned that I made the wrong choice. It is so quiet that I wondered if it was on! It is cool and an overall great choice so far. Now we'll see how fast I get the rebate.

Pros: This is my first PNY product and I'm blown away by the quality of this card. The card is small, light, absolutely silent even at full load, and keeps incredibly cool always. My games now run at 1680x1050 completely smooth. Amazing card!!

Overall Review: I played Fallout 3 at 1680x1050 running through the maps with everything turned up and this card never got over 43 degrees celsius. At idle this card sits around 30 degrees. The fan is so quiet that I had to check several times to make sure it was actually spinning, and it was. Even at full load I can't hear it. My air conditioner in my apartment is louder than this card, amazing!

Pros: Replaced a GTX260 (which I really liked) which was 448 bit. This 256 bit blows it away. I really like the shorter length. My GTX260 was all the way up to the hard drive cage. This is a couple inches away. Runs cool, quiet and fast. Didn't need a new power supply to fire it up. A DX11 card that can keep up on it's own. Crysis plays great with everything maxed (1680x1050 my monitor oh well). Well made card!

Overall Review: PNY is a reputable company. Used their stuff before and have never had an issue from memory to other video cards. The packaging was above others and no installation issues. NVIDIA drivers are still young and will only get better. Win7 Pro 64 Antec Earthwatts 750 ASUS M4N72E MB

Pros: This is my first PNY video card. I upgraded to this card from a GTX 260, and I am not disappointed. I am playing Crysis 2 (1.9 patch, DirectX 11 patch, and High Res patch) with everything on Ultra and it runs soo smoothly I can't believe it, even on intense action scenes the performance does not decrease a bit! The card is so quiet and temps stay really low. Great Buy! And it also comes with a free movie download from PNY website. I also tried it out on Battlefield BC2 and I play it with everything on max settings, AA 8x, and it runs perfectly, no hiccups at all. (with my GTX 260, couldn't go over 4x AA and even then i wasn't getting the FPS that I was hoping for) I run Just Cause 2 with everything on High, also no complaints. CoD MW 2: Runs the same as on my GTX 260. All on max settings and no complaints.

Cons: The card it self looks kinda plain. But it's not a deal breaker for me.

Overall Review: My PC: Intel i5 750, 8 gigs RAM, Win 7 Home Premiums 64. The reason I upgraded to this card is that I want to play Battlefield 3 the way it was meant to be played. And with this card I might just be able to pull it off!

Overall Review: Just got another 560 Ti from PNY a couple weeks ago to SLI two of them, and it was cheaper and better than a GTX 580. Temps still are around 37*C idle, and get to 70*C under stress, which is great.

Pros: Bought it to play battlefield 3. plays anything that gets thrown at it. I haven't messed too much with settings and all that, i just know the stuff looks pretty! Installed without a problem.

Overall Review: had to get a new power supply for this card. The one I had would have just had enough amps to power this. so i erred on the side of caution.

Cons: Went out of stock right after I bought it, in limited qty on other sites. There goes the SLI idea. I guess this will just get me through BF3 and Skyrim until the 600 series comes out.

Overall Review: Can't really push this card, it's definitely bottlenecked in my intel core 2 duo, but I bought it for a build I'm putting together one piece at a time, like the Johnny Cash song. At least I can use this now, there's 16G DDR3 ram sitting on my desk looking lonely. Should have the rest in time for Skyrim, fingers crossed!