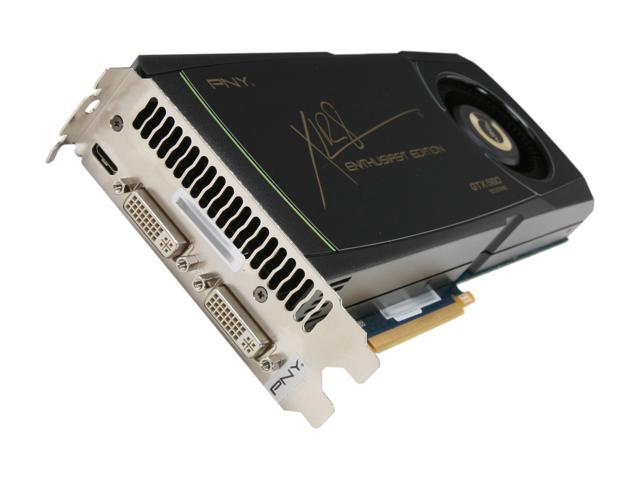 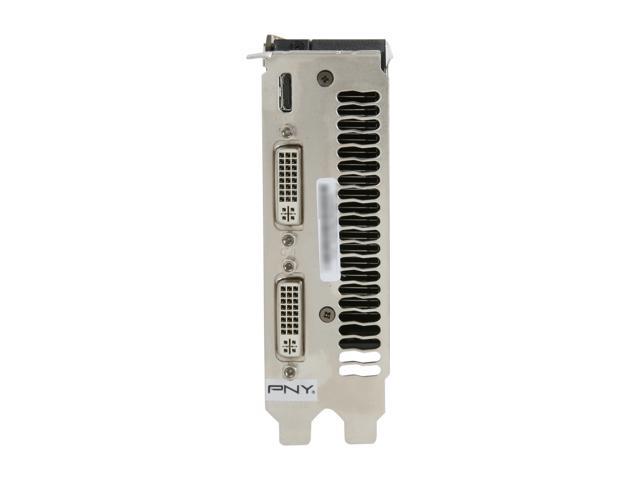 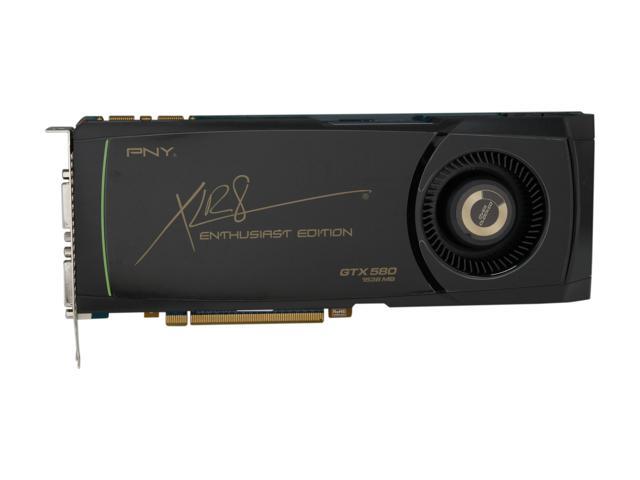 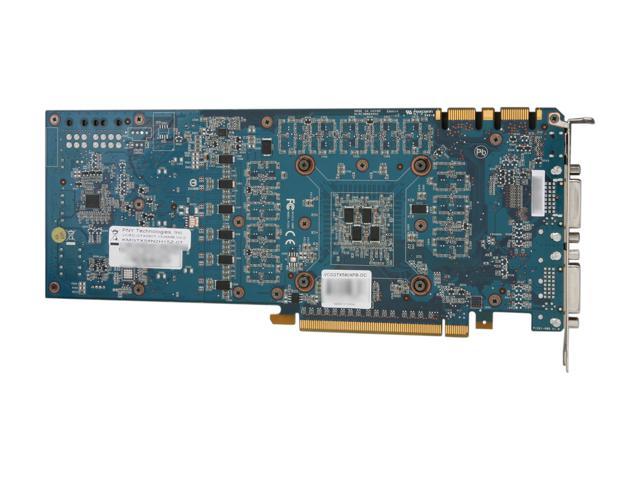 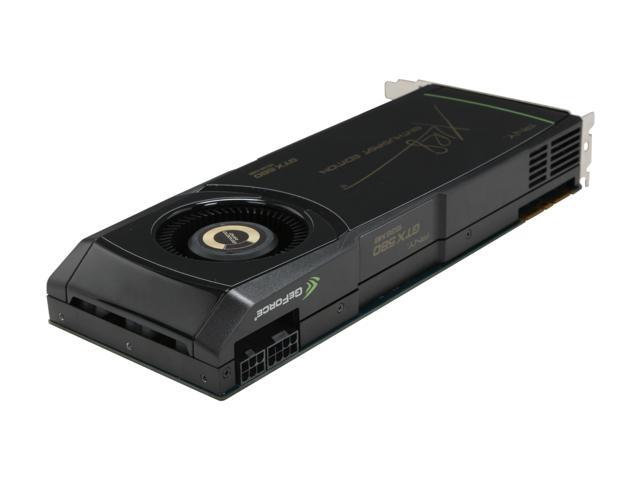 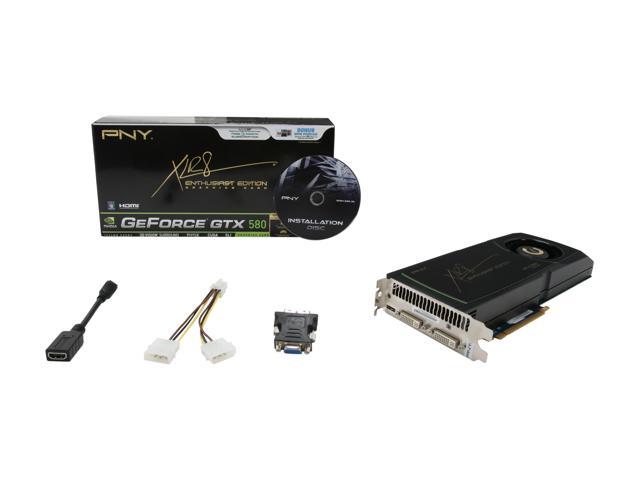 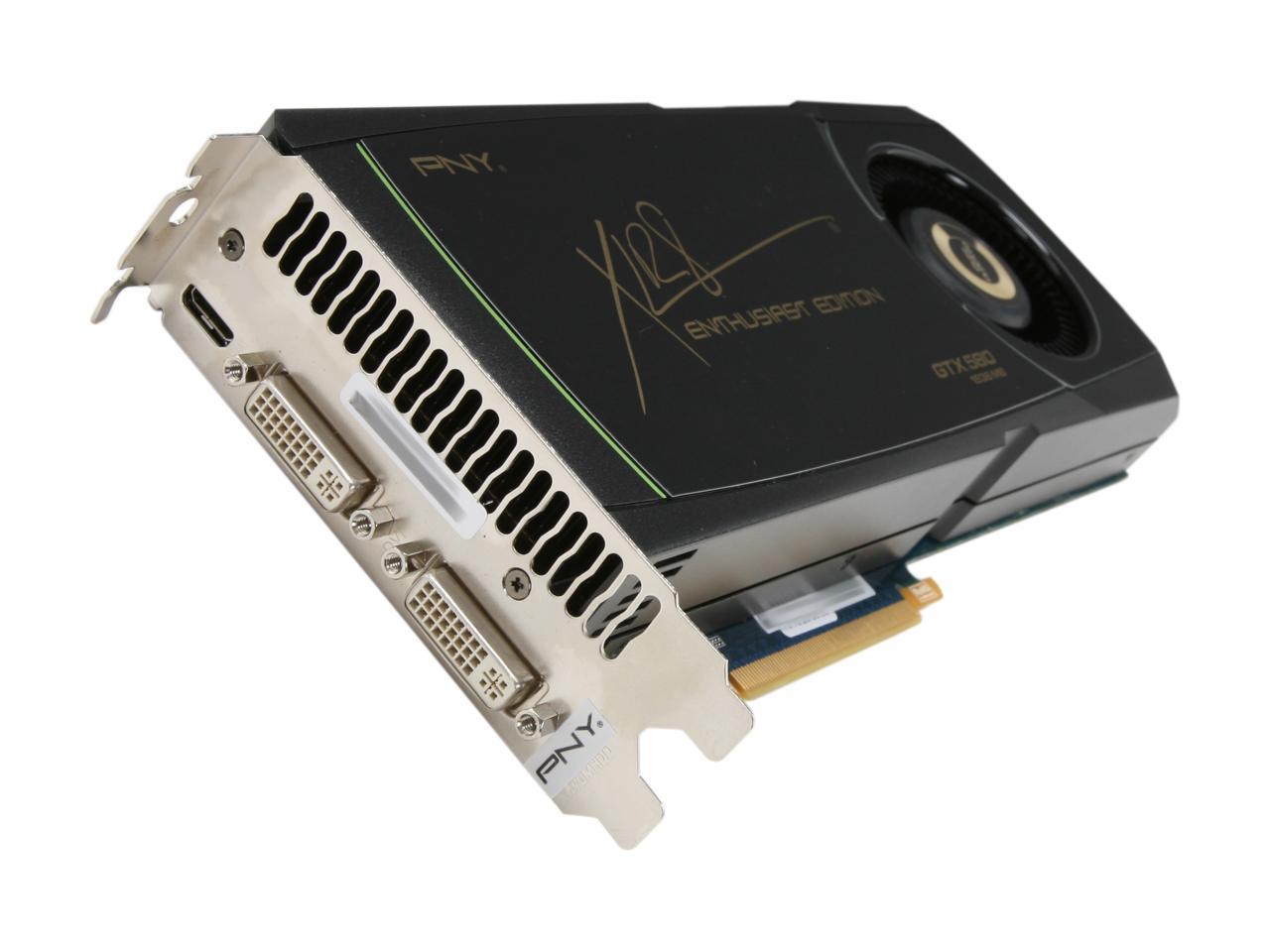 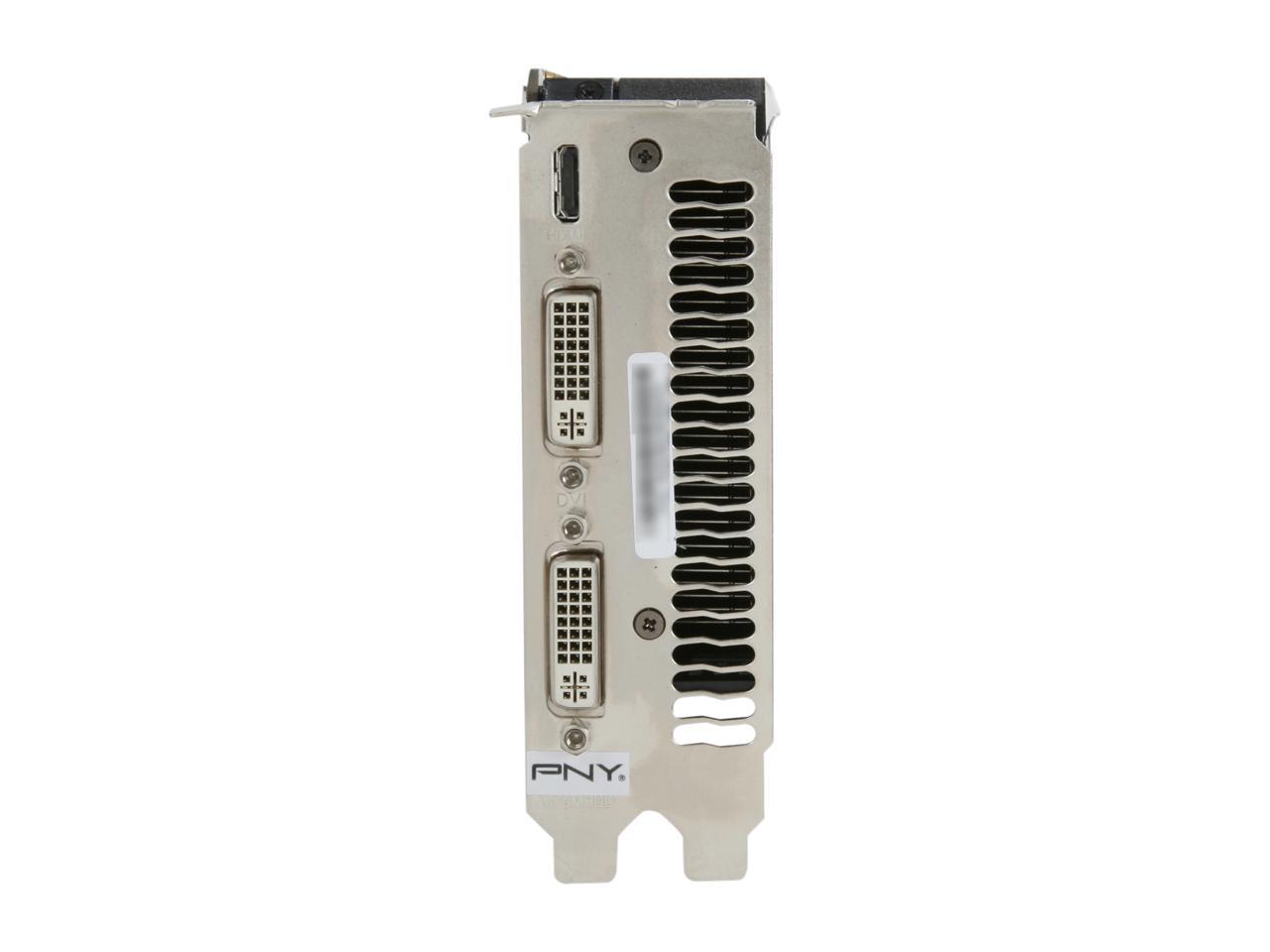 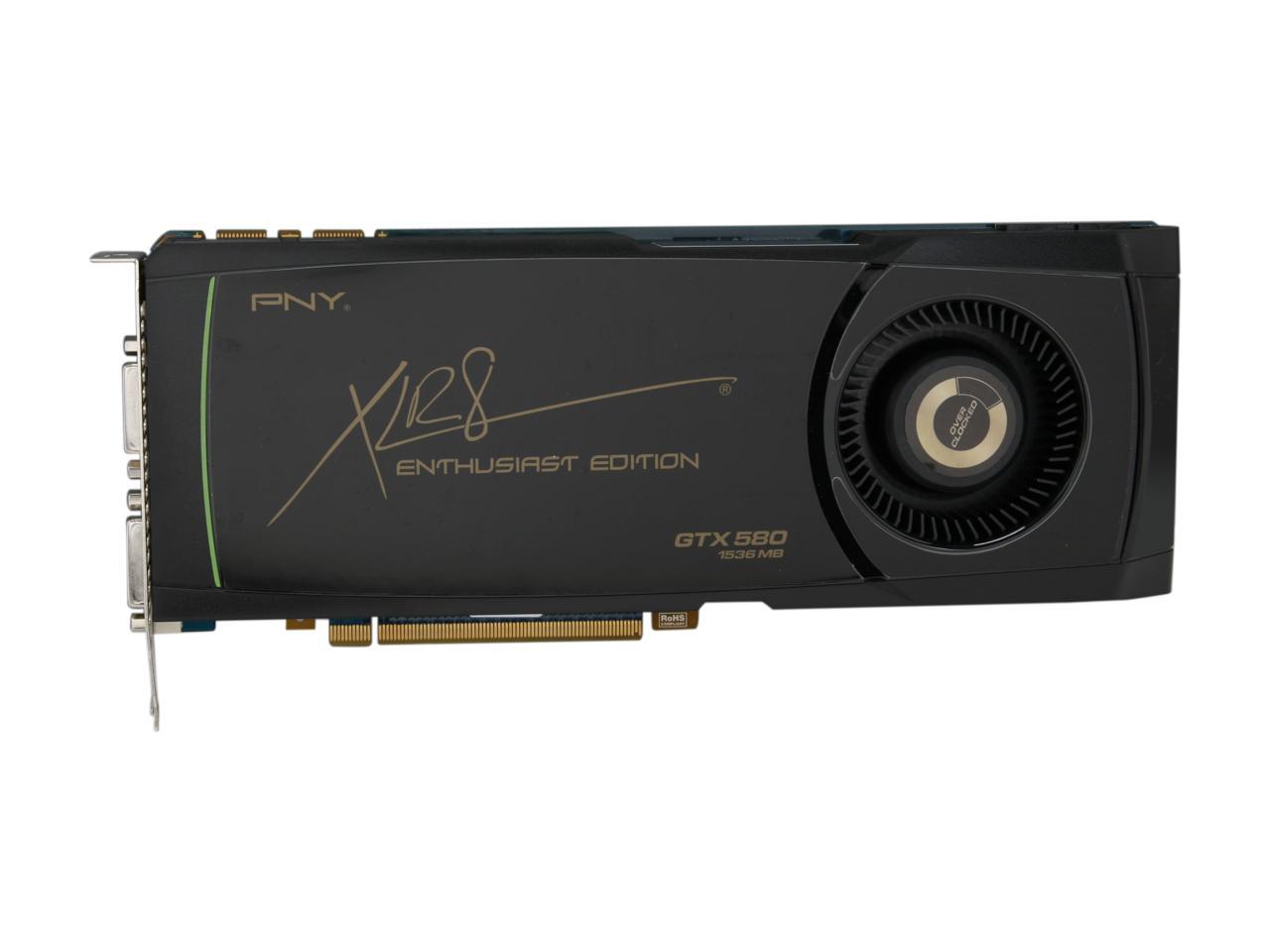 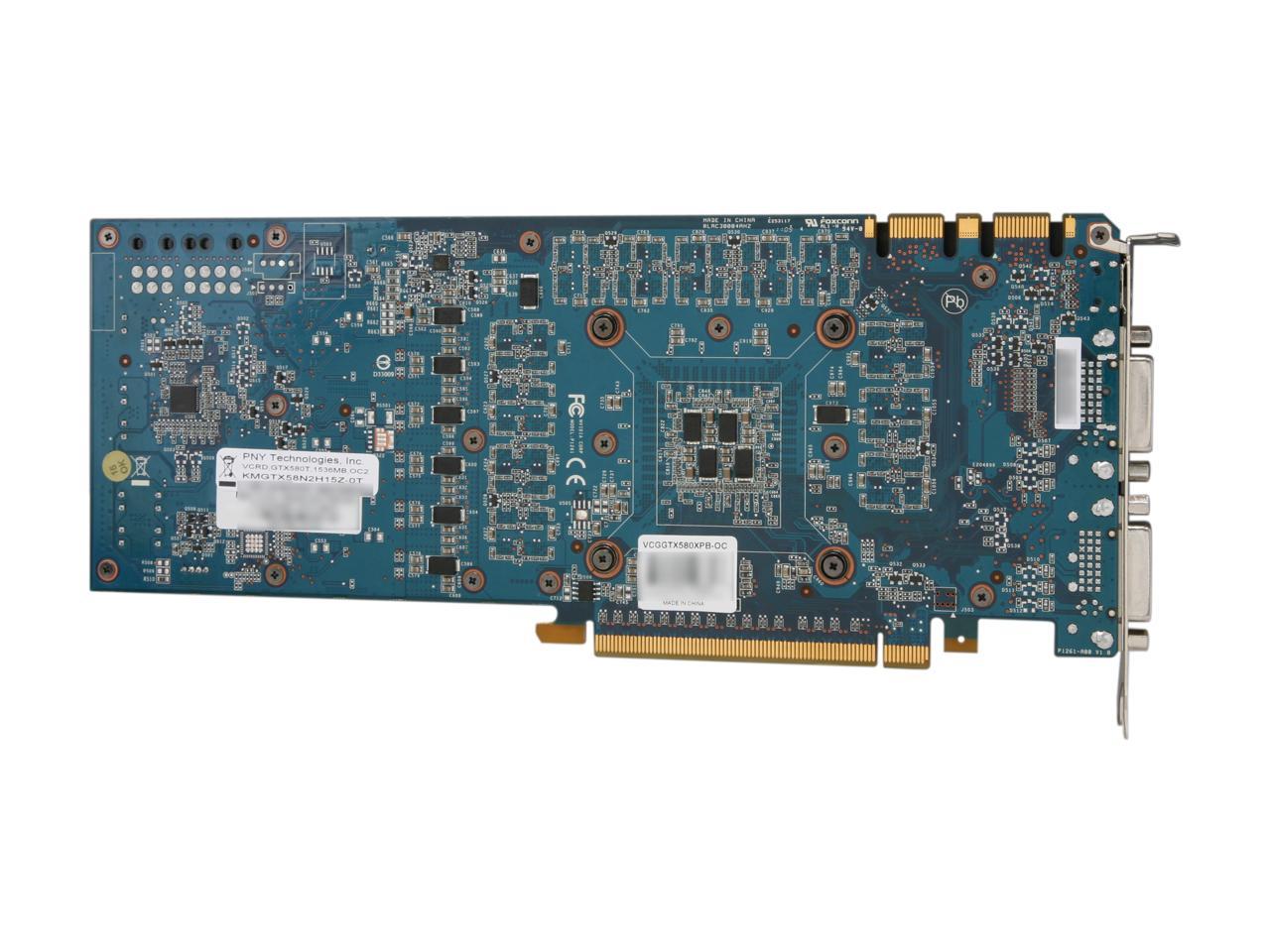 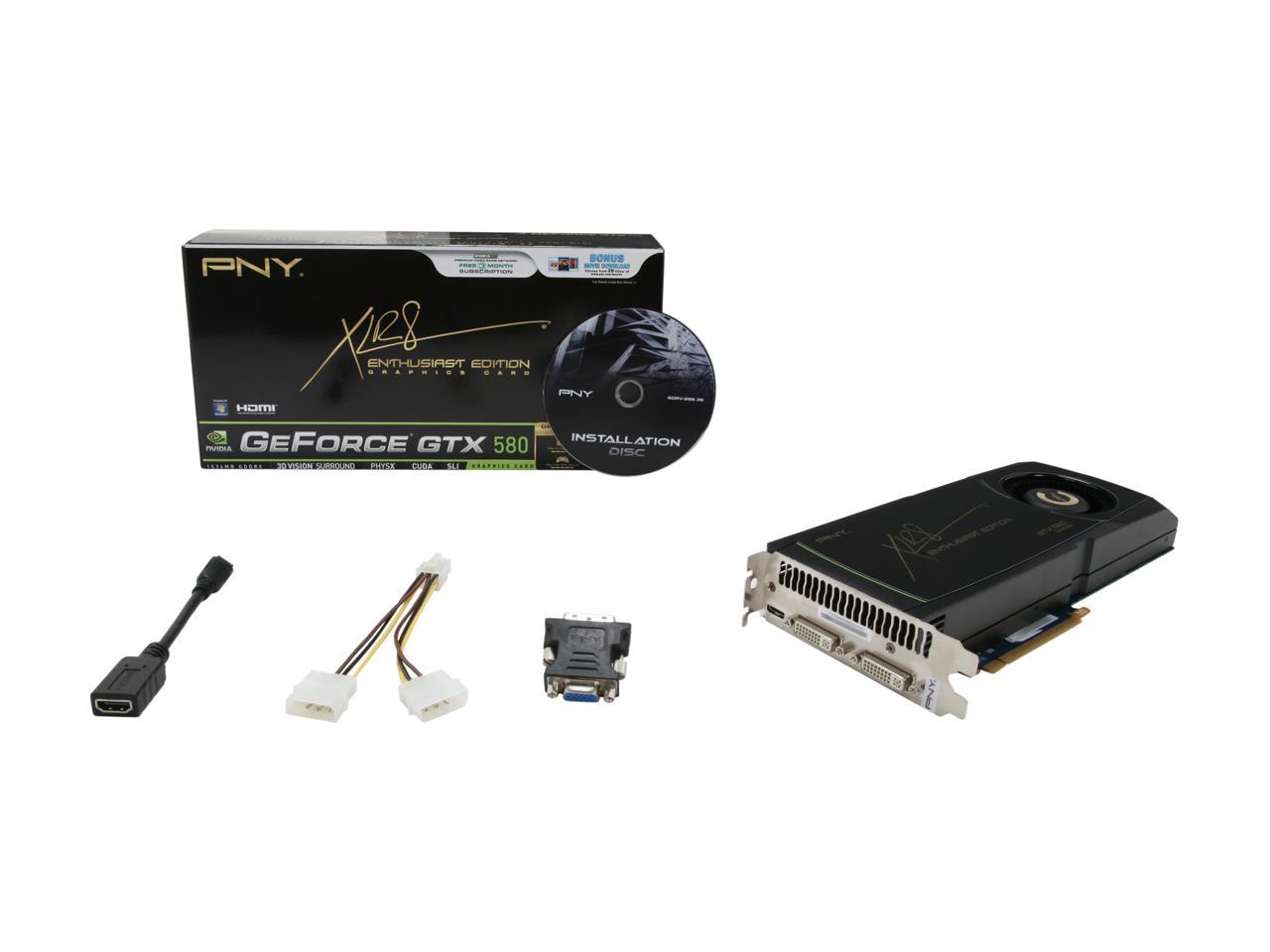 (7) Write a Review
OUT OF STOCK.
Overview
Specs
Reviews
Introducing NVIDIA GeForce GTX 580, with screaming performance. The GTX 580 rips through the latest games while running quieter than the previous generation. As you’ve come to expect from a GeForce GTX GPU, GTX 580 packs support for all the premium GTX gaming technologies such as NVIDIA Surround, 3D Vision, PhysX, and SLI. GeForce GTX 580 – don’t play DX11 without it.

Pros: Was good while it worked.

Cons: Tech Support....i started having problems with the card just crashing.i swapped it out with a 6970 i had in my other machines and the problem went away. So i tried other various tweaks over the internet with no resolution so i finally called tech support after owning this for about 3 months. I called up and started getting a tech support dancing around anything but it having a problem. First the guy tells me it must be my power supply and i tell him its an 850 corsair(not the best but should work) and he says these cards need atleast 1000 and i was really blown away by that. So i tell him i put in a 6970 and had no problems so he looks it up and the 6970 uses a couple more watts then the 580 so then the power supply was ok...then he went on to asking about all my other parts that might not be compatible.....end result was him telling me to try to RMA with newegg and if that doesnt work call them back. WoW!!??

Overall Review: So like a couple others have said....i will never buy PNY again. I used to buy all EVGA and never had any problems but got this for 469.00 on sale and thought it could not be that bad...huh well thats why these are so cheap. Oh BTW i did end up finding a resolution to the issue and it was not with any help from PNY...i found an article on a forum and others were having the same problem as me...turns out the ram's voltage was to low (lower than what they send other 580's out with stock) and once i upped it just a tad it fixed all the issues for me and everyone else in that forum that had the same problem.

Pros: Buy you hardware for one of the other vendors PNY dpes not stand behind the product read all reveiws...Buyers beware

Cons: Horrible Warranty and customer service I told them I would write a bad review on Newegg they just laughed

Overall Review: I will never Buy another PNY product period... I have Bought from pny for years but will not Buy from a company that doesnt stand behind the hardware... Horrible Tech support and Customer service...

Pros: Great card could run everything almost maxed with 3d

Cons: died after a month. email 3 times and phoned 5 times in just over one week and pny support still has not gotten back to me. this is the worst customer service i have ever dealt with my entire life, if i would known it was this bad i would have stuck with evga for 50$ more

Cons: These things run HOT. Idles hot, (120f+). Top GPU Averages (in SLi) between 170-200f (76-93c), and secondary is roughly 10-15 degrees lower on full load. This is with far beyond adequate air cooling/flow, fans will kick in (auto) at roughly 70% load/temp. Be sure to have decent cooling regardless if running SLi.

Overall Review: Have only had them for 2 weeks, so far so good, however only time will tell their life span. Past 3 Geforce GPU's I've had (6800, 8800, & 480) were all PNY's with little to no issue. Have one qualm with Newegg, I purchased these cards prior to the rebate expiring on the 31st of July, however they did not charge my account until August 2nd, thus disqualifying me from a $80 rebate from PNY.

Pros: Was able to play all games at highest settings on my old i7 920 x58 setup and this is still in my HTPC as of 12/2016 working like a champ even tho it is on 24/7 but 20 hrs of the day is in sleep mode. I had 2 of these and when I replaced my computer with newer 780Tis-I gave one to my friend who had it for over 2 years of constant gaming before it died on him just last month.

Cons: Did not work correctly with second PNY card purchased 6 months later in SLI mode. Both cards would work great independently but when placed together in SLI mode would produce strange cattycornered green lines like you would see on older 80s TVs with a bad aerial signal. Tried all sort of trouble shooting even on another MB it did the same thing and switched out SLA bridge to no avail. I waited for about a year and several driver revisions before I took one of the cards out and gave it to a friend as a birthday present. Dealing with PNY over the product over SLI problems, they didn't care to deal with it, had to RMA the second card to Newegg who sent it back after a week of testing. These also have the mini HDMI connectors which is a pain to find a cable for and are twice as expensive!

Pros: Excellent card all around. Much more power than my SLI285x2 set up, especially in min frame rates Excellent fan cooling, room to overclock, pushed and benchmarked 10% increase in performance over stock overclocks. Dx11, tessellation and shading improvements. As well as more impressive min frame rates than the sli setup.

Cons: Hot & Loud, when I am pushing the card in benchmarks and demanding games it sounds and outputs like a hair dryer, i see why they need that 8pin power connector. But this card is Enthusiast in nature, its stock overclocked, its going to be loud. Its not liquid cooled.

Overall Review: SLI when I can afford it... May not need it today, but in the computer world things become outdated before they are released. Final Thoughts, Happy with my card. Bring it!