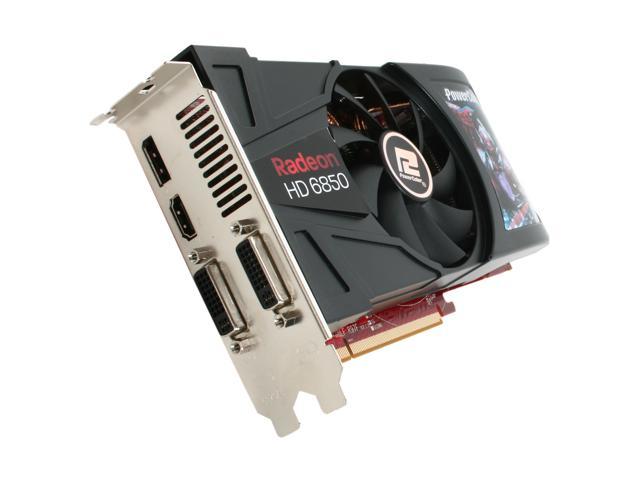 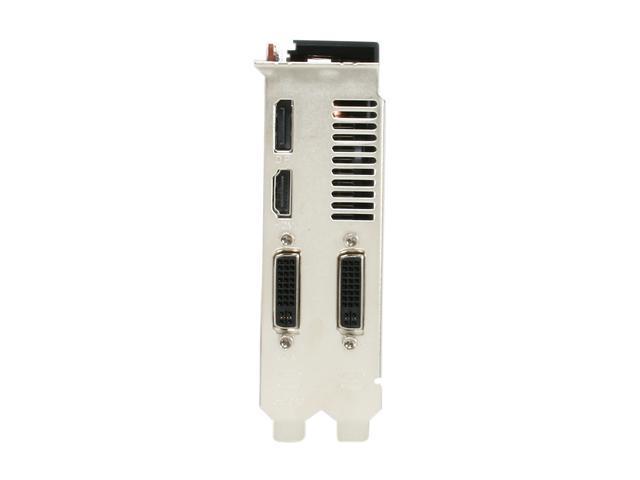 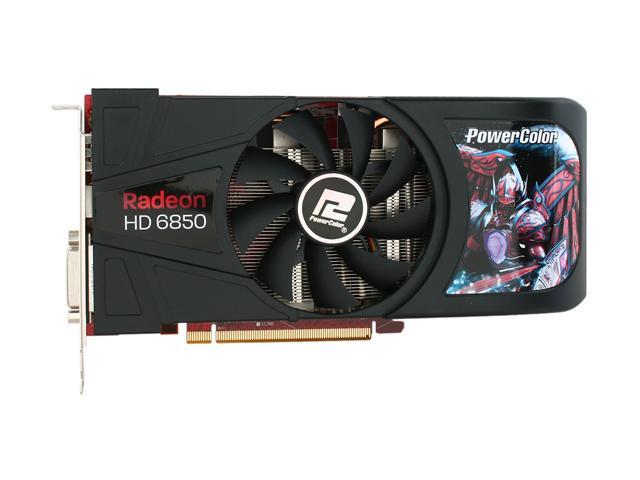 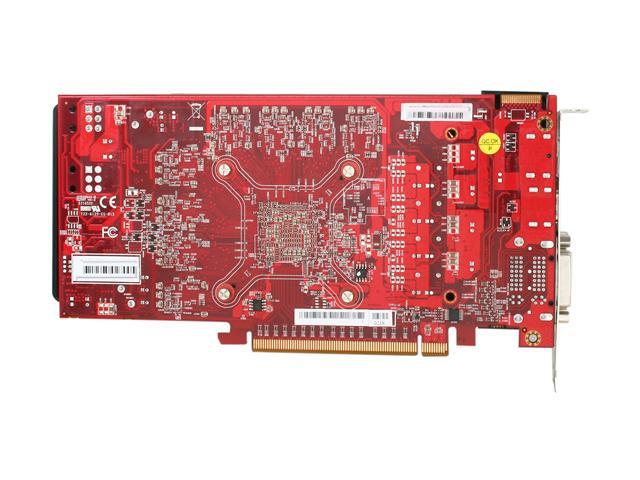 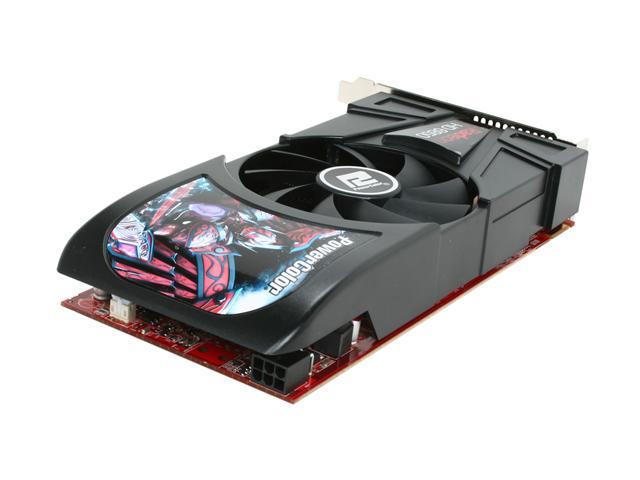 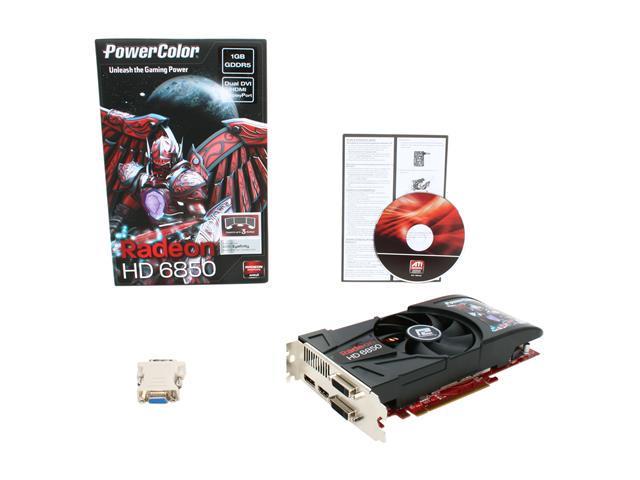 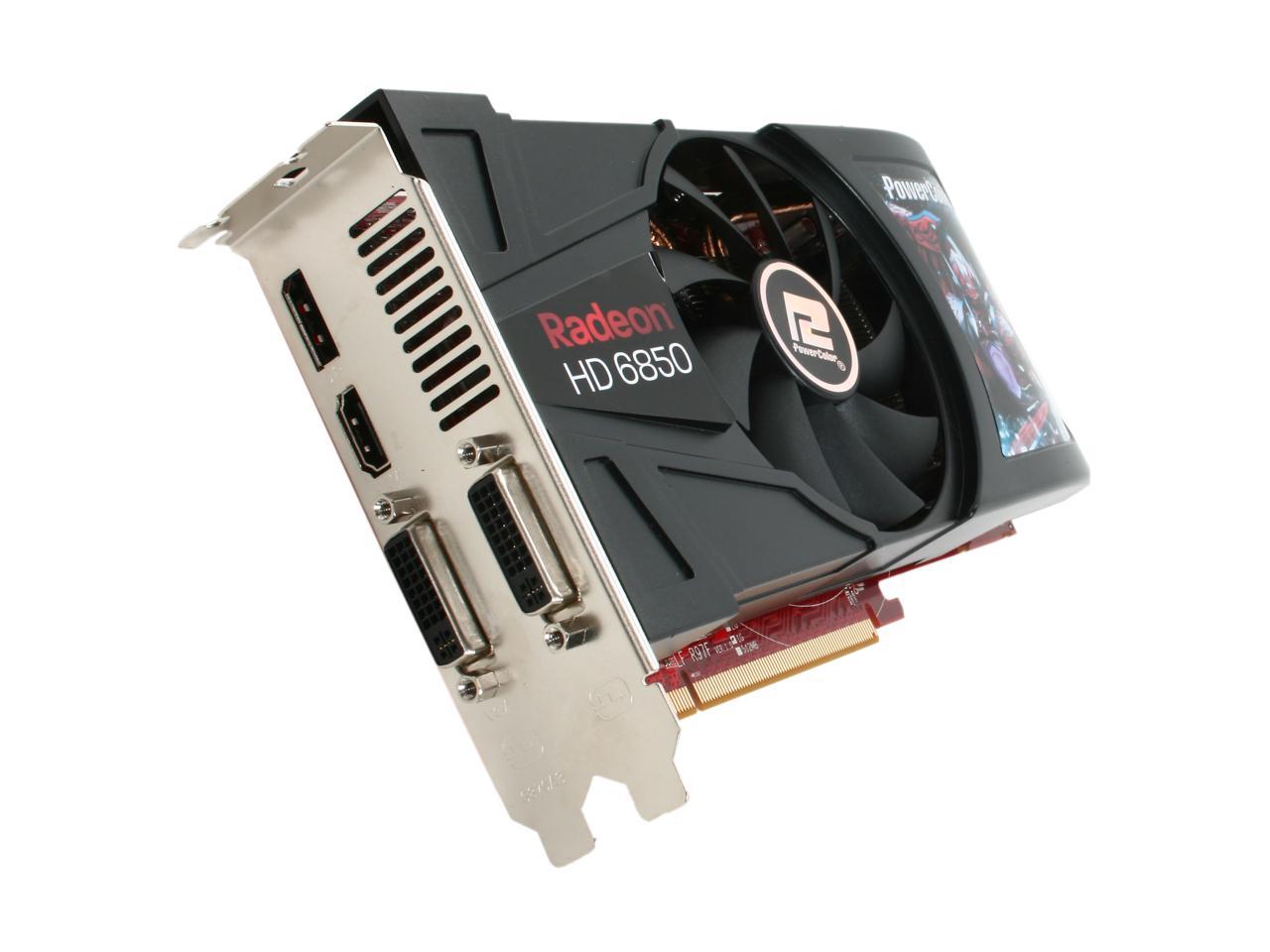 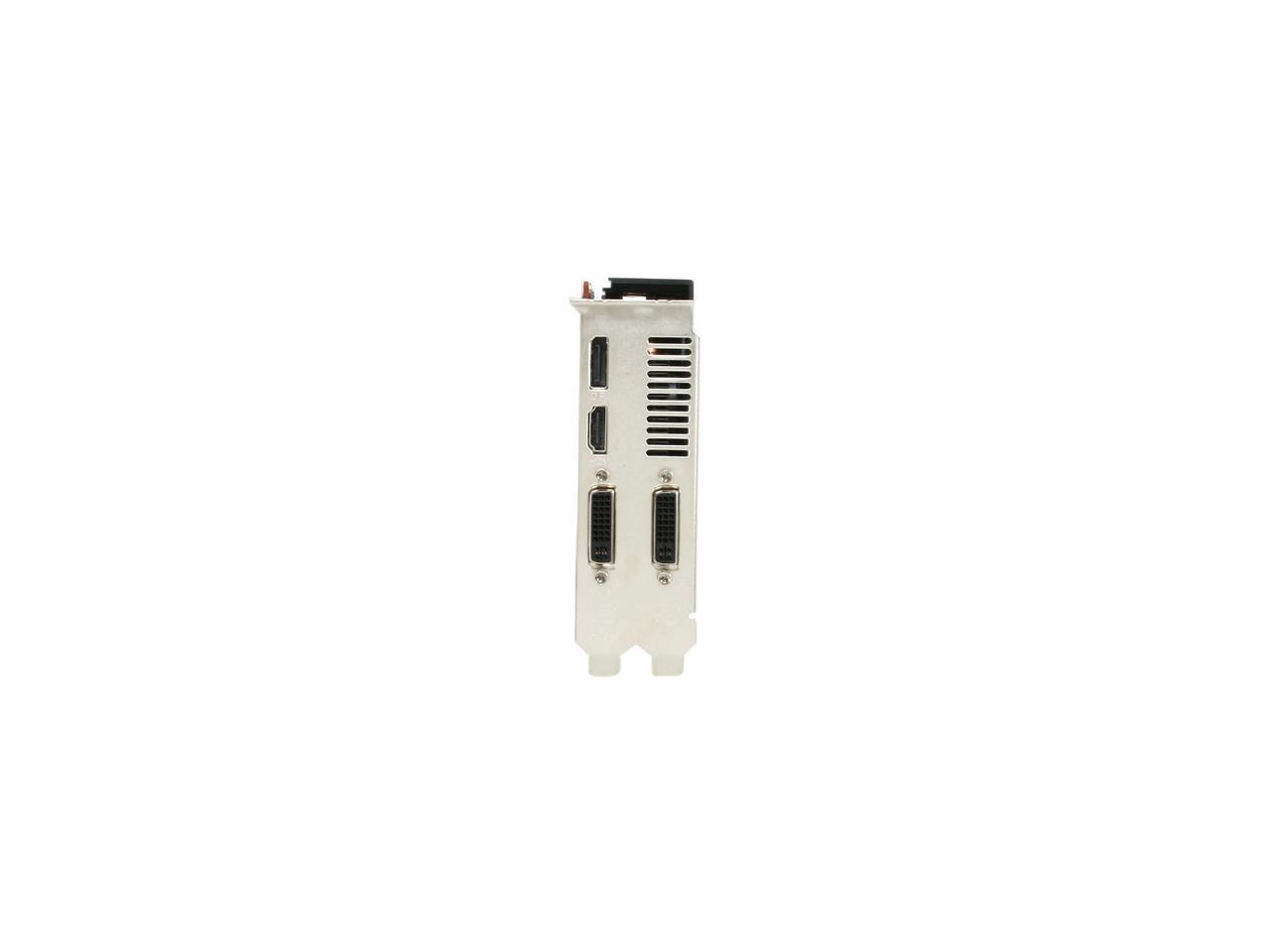 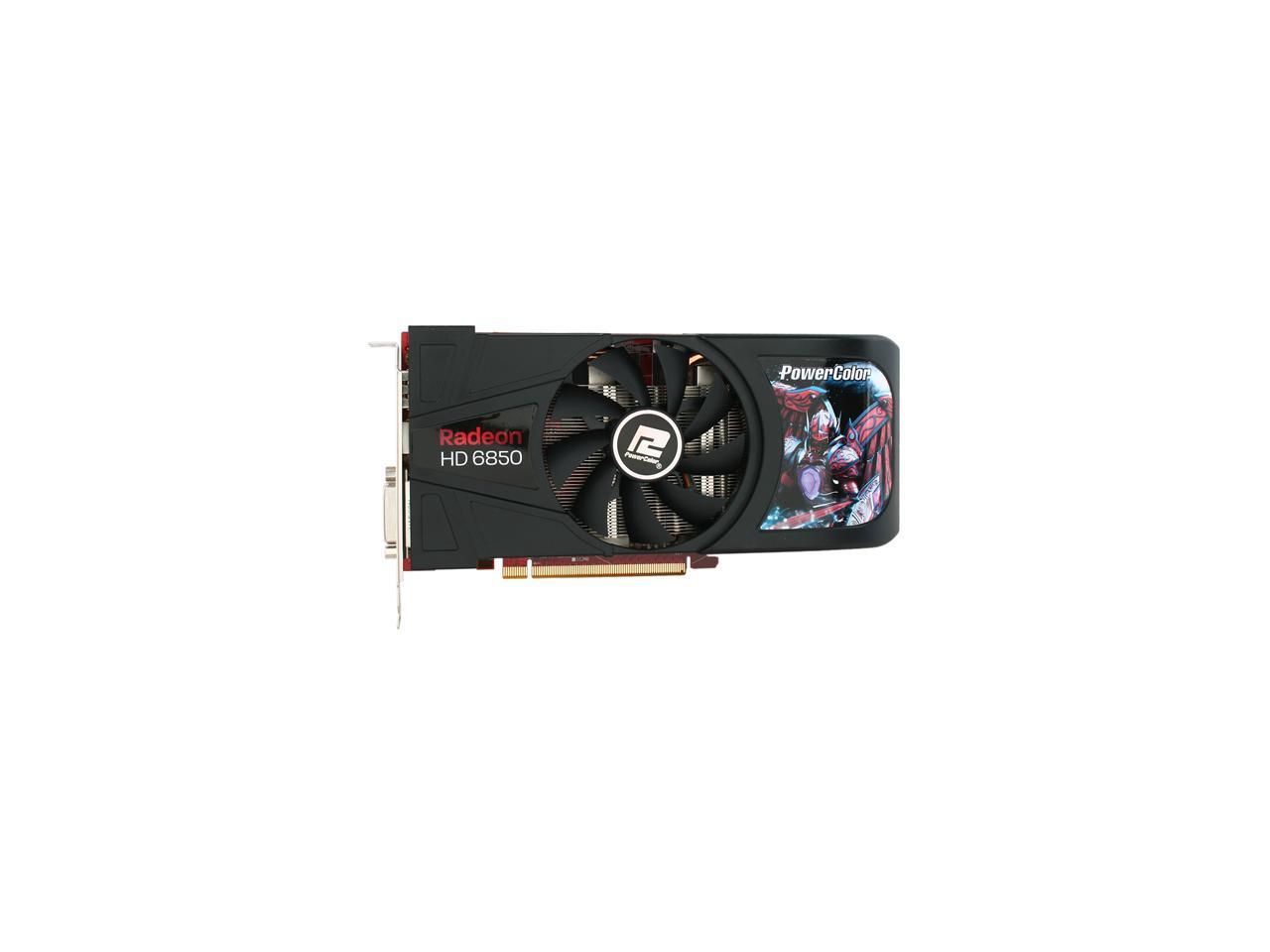 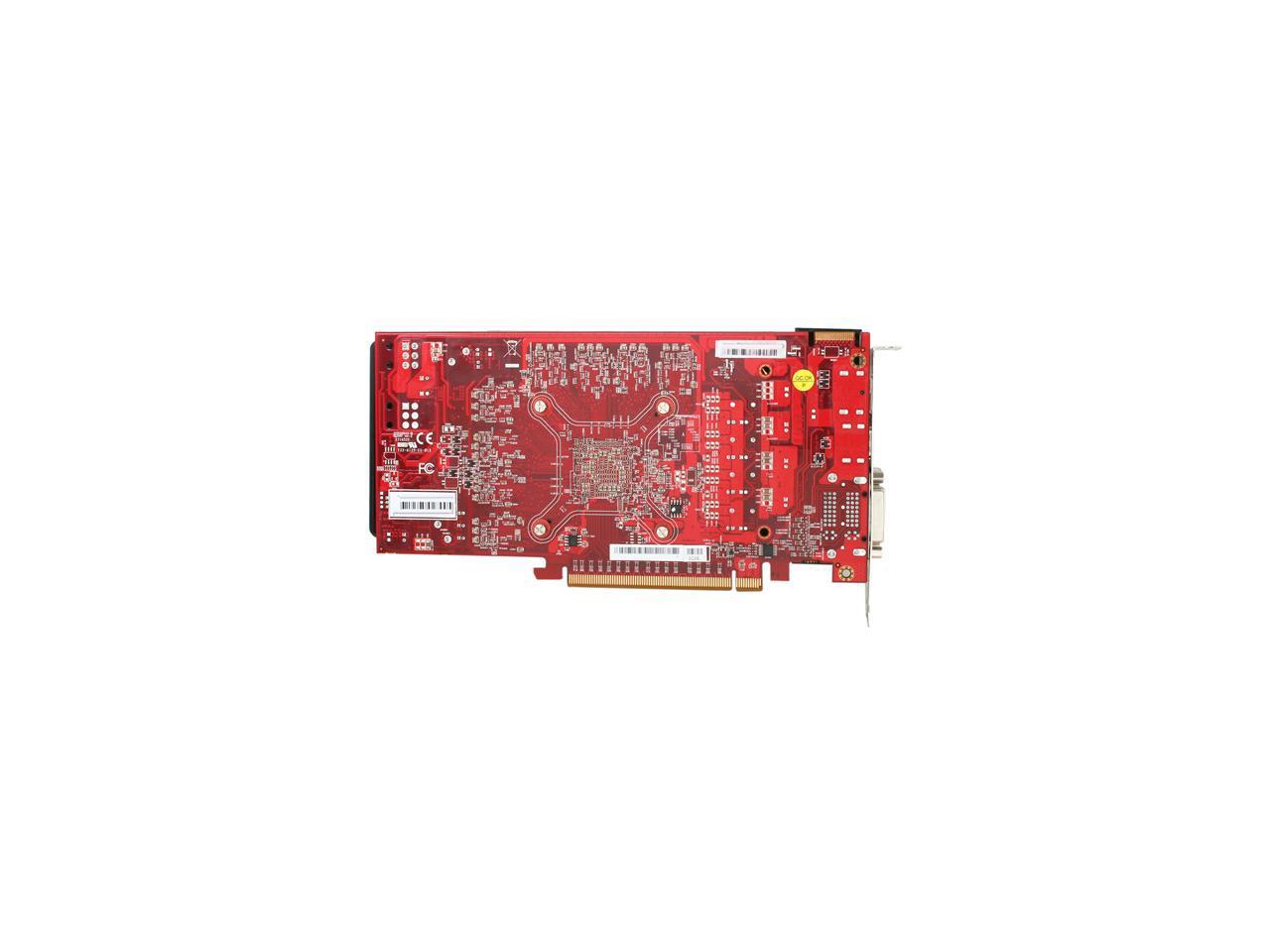 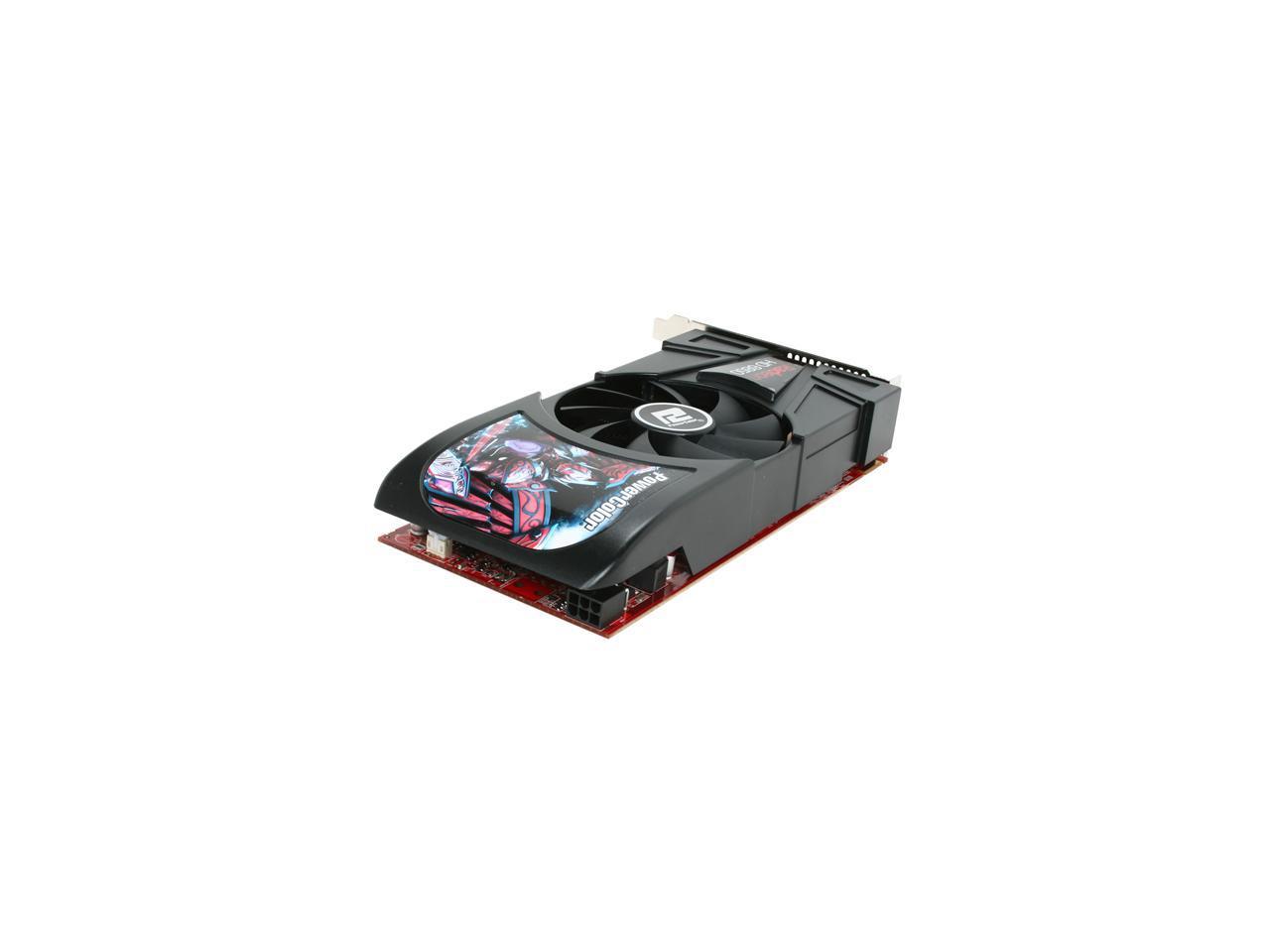 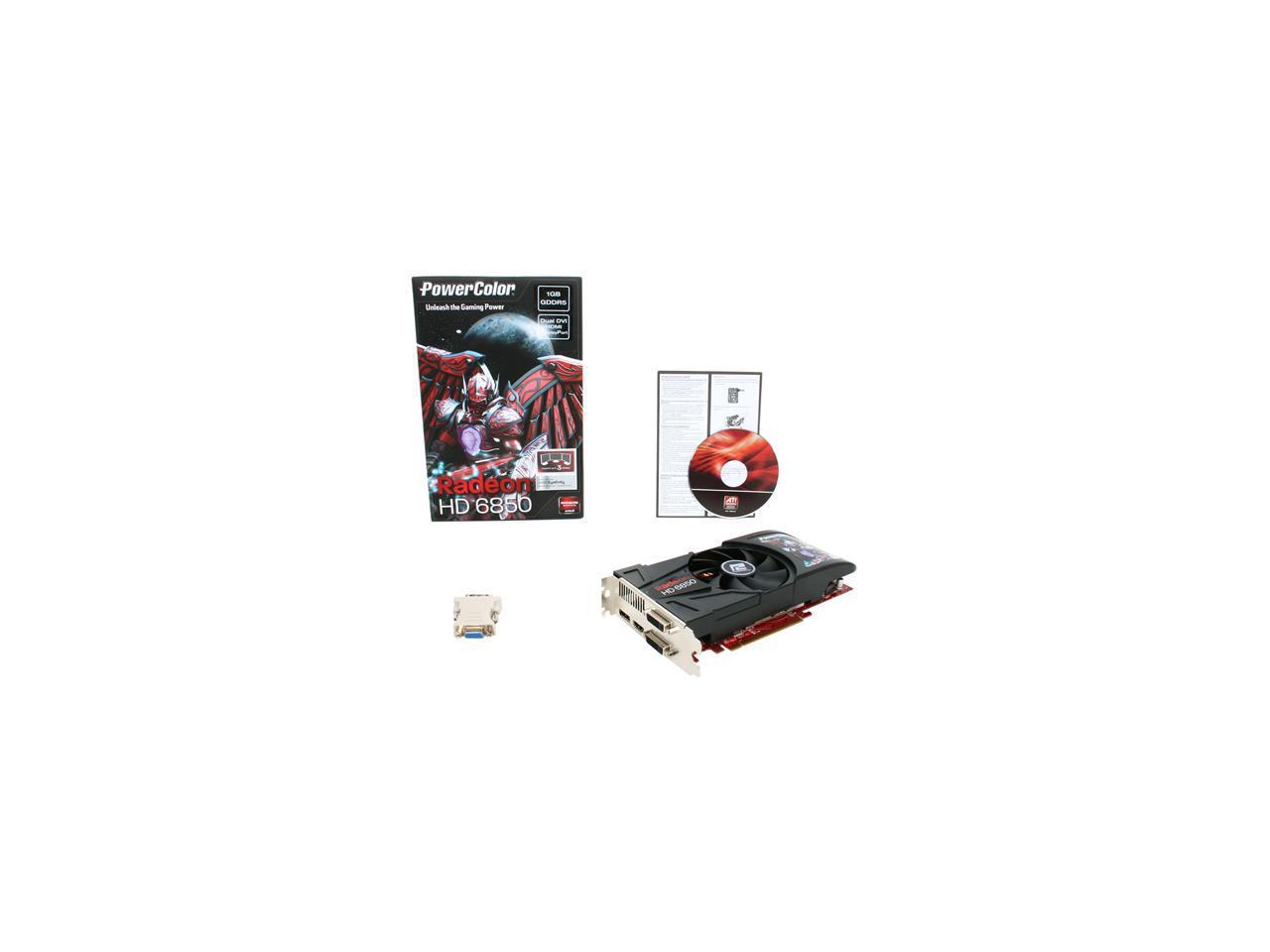 Pros: -Cheapest 6850 available -stable at overclock of 900core/1100 memory using MSI Afterburner. -I haven't encountered any issues with this card. The most important thing to do is update the Drivers, which will usually resolve the bugs/issues related to the games.

Pros: 1) Good-great graphics (gaming) performance. 2) Built-in HD video acceleration (for blu-ray / 3D blu-ray). Yes you still need to buy a top of the line GRAPHICS card to get good HD video performance. I wish AMD/NVIDIA would wake up and finally make a card specifically targeting HTPC users - they'd sell a bunch. 3) Works perfectly with 64 bit OS's including use in my intel based MAC "hackintosh" - no additional drivers or configuring needed for the MAC. I dual boot my system Win7-64 / OSX LION with this card no sweat. 4) Very little power used/heat generated in 2D mode 5) Cooling fan speed is auto. Most of the time is silent. This card is easily silent enough in 2D (video) for use in HTPC systems. 6) Good value for the money

Cons: AMD has a really nasty habit of making 1920x1080 res UNDERSCANNED by default (re-sized slightly smaller than real pixel size). Most folks don't know this and they wonder why their fonts aren't sharp and the screen image doesn't fill their monitor/flat panel. So they have the monitor/TV auto resize the signal back up AGAIN to fill the their beloved screen real-estate and now the image is really blurry. BAH! Furthermore, the option to change the underscan is not even accessible with the bare driver. You must install Catalyst Control and wind your way down through menus to get to it!!! DOUBLE BAH! The reason they did this is out-of date (windows taskbar off the bottom of the screen on old-style CRT monitors). AMD GET RID OF OVERSCAN BY DEFAULT!!!!

Overall Review: NewEgg's marketing system evaluates recent purchases/popularity for subsequent sale items. The thinking is that if they offer popular items for sale then customers will buy other non-sale items and still make out good. I kid you not, 100% of the purchases that I have made recently (SSD, video card, external enclosures, OS's, etc.) have been on sale THE NEXT WEEK. ARRRGGGHHH. So find out what you want to buy and get your friend to buy it first and then wait one week! HA!

Pros: Runs pretty much anything there is at the moment. Bought this card because I wanted something that could run games for a few years to come but didn't cost a fortune. This card certainly fits the bill. For 150 bucks I don't think it gets much better than this. Mass Effect 2 runs smooth as butter at maxed out settings. Video playback looks great and runs well. Doesn't seem to use too much power and also seems to run fairly cool. I haven't tinkered with the clock settings but there seems to be room to speed it up if the need ever comes. Came with Shogun 2, but I haven't tried that out yet.

Cons: It is a big card as you can see from the picture. Depending on the case and mobo you have, you could run into a problem I had where there is only about an inch between the edge of the card and the hard drive. It took some tinkering but I got it all worked out.

Overall Review: So far so good for this card. Will run the current and next couple years worth of games and will handle video playback without any hassle. Well worth the 150 I paid for it.

Pros: This card came at a great price. It has been working fresh out of the box without any issues. I hooked it up via HDMI to my Samsung monitor. The picture quality is amazing and this card has a lot of power to it. The only limitation I have found so far is I can't run Ultra graphics on SC2. I have to bump down a few of the settings to High. I bought this card for Diablo 3 and I do not think I will have any problems. I like the card so much I plan to buy a second and crossfire them.

Cons: It is a little big in the case. But I knew that upon purchasing the card. Had no problems in my box.

Overall Review: ATI has been good to me over the last 15 years, and I will continue to buy from them.

Pros: Easy handles all of my gaming needs. Stays cool, which the fan isn't near as loud as other graphics cards i have owned, when turned up to 90%-100% speed, because i like to have maximum cooling :)

Overall Review: This card replaced my failing Palit gtx 460 (kept overheating, thus causing crashes. The fan sounded like a jet engine when turned up, and im not that picky about sound). I could have gotten another gtx 460 but, this card has copper heatpipes (effective cooling) and only costs $154.99 (before shipping obviously). I like et. I will be buying Powercolor's products in the future ;)

Pros: I bought this card because I was looking for a good card on a budget that wouldn't require a PSU upgrade as I currently have a 450 watt one. This does everything I want and more. The Witcher 2 runs great on high or ultra with uber off at 1680x1050. In Left4Dead 2 with everything jacked all the way up the FPS never dropped below 60 at the same resolution. Bad Company 2 was also not a problem on high for me.

Cons: This isn't really a con because it's a standard but, as usual, it's as big as a boat. That's the only thing I can complain about.

Overall Review: If you want a card to run DX11 games well and not suck up a ton of power then I recommend this very highly.

Pros: Ordered on Wednesday with standard shipping. Went to work a charity function early Friday evening and had this waiting for me when I got home. *In my best Curly Howard voice* "Super Service!" The packaging for the card itself is sturdy and attractive, and features what I believe is a de-branded Lord Zedd on the front, which I would give an extra egg for if I could. Because the Evil Lord's likeness is also on the plastic HSF guard, I sleep better at night knowing the Putty Patrol will be keeping my system clean of meddling, bipedal robot-wielding teenagers. You can't really put a price on that kind of peace of mind. Worked fine out of the box. Cool. I've maxed out at 63C with the stock fan settings running at 850MHz GPU and 1075MHz RAM. You can see big heat pipes underneath the guard. Not terribly oversized or heavy. Performance is spot on, numbers below.

Cons: A bit on the noisy side. It idles at 40% for some reason. I used MSI Afterburner to adjust the speed curve, I have it idling (>45C) at 25%, at which point my case fans drown it out. It's extremely loud at 100% but it never gets there for me.

Pros: - Great price for a card in the higher mid-range. - Handles all games except Crysis and Metro 2033 at max settings well. - Easy unlockable overclocking.

Cons: - It's plain looking and dull if you care about hardware aesthetics. - Dual slot for a mid-range card. - Loud under load.