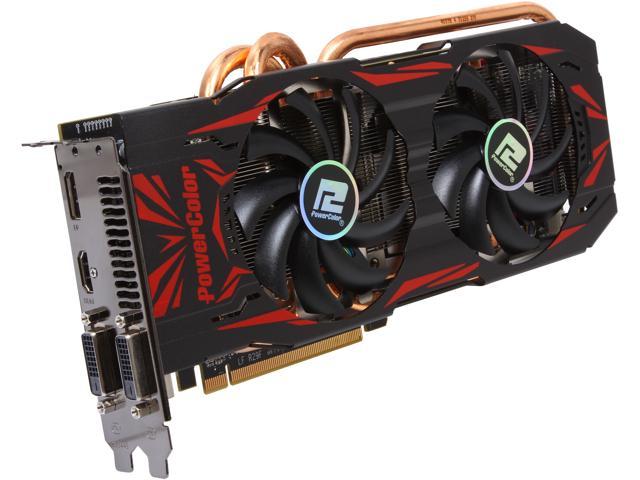 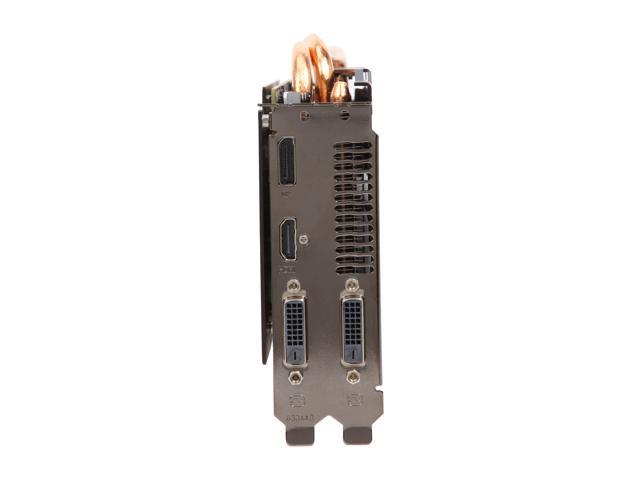 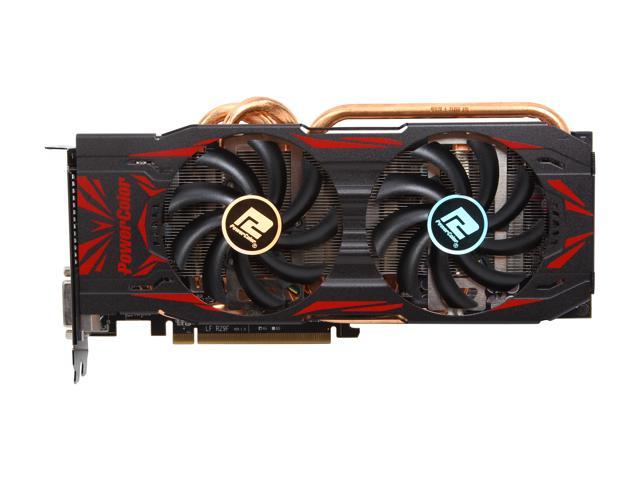 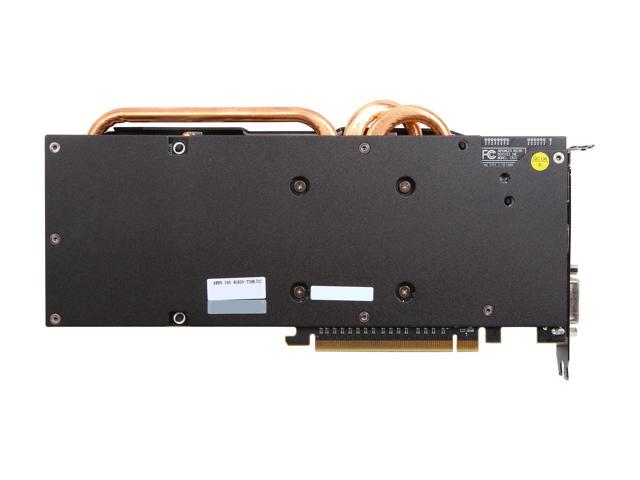 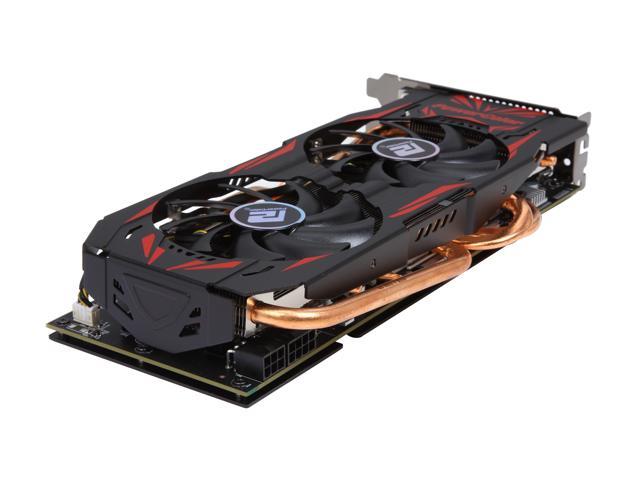 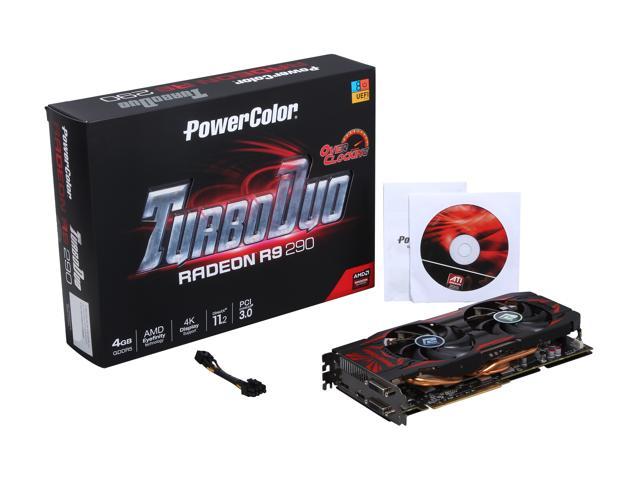 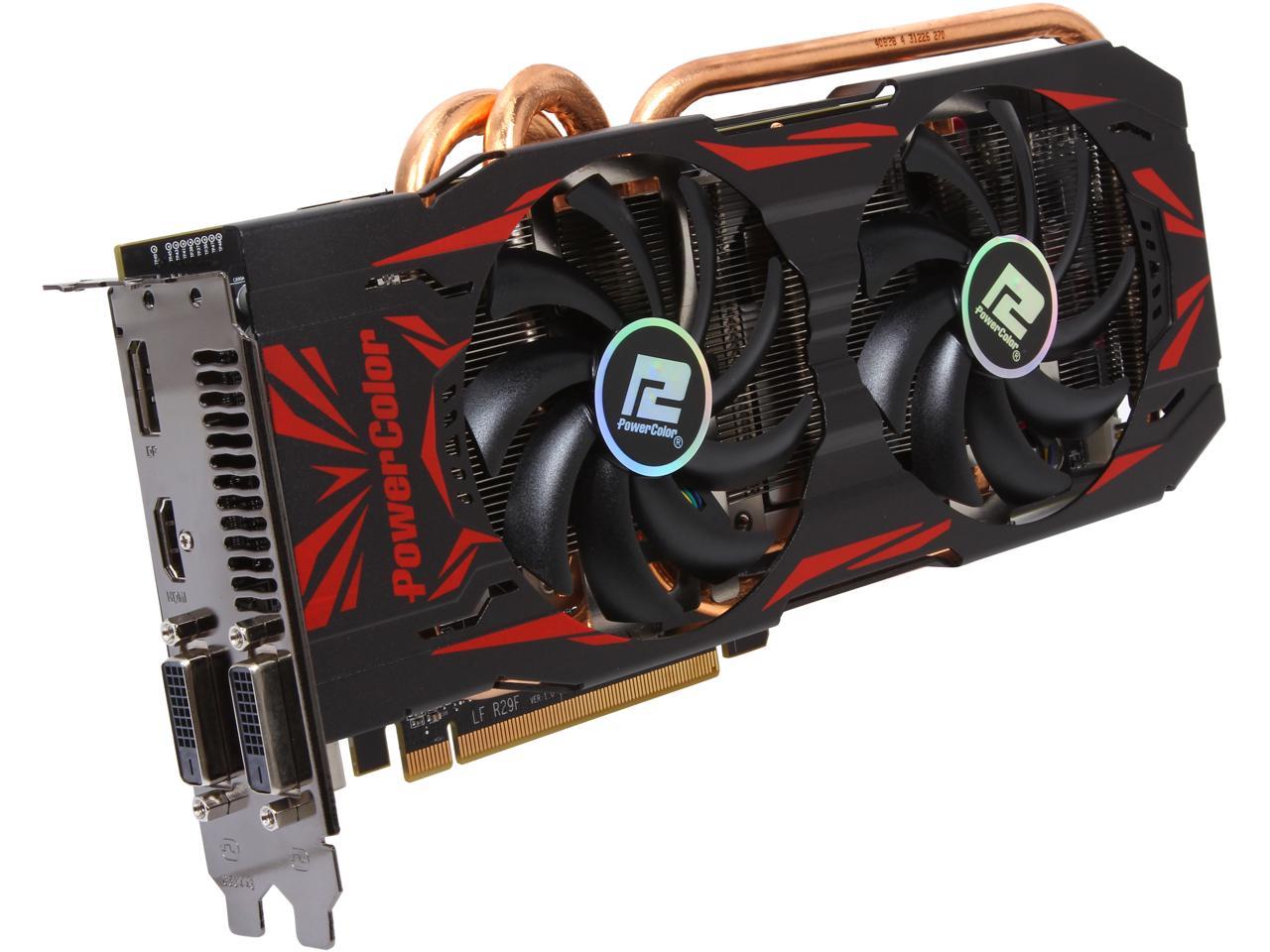 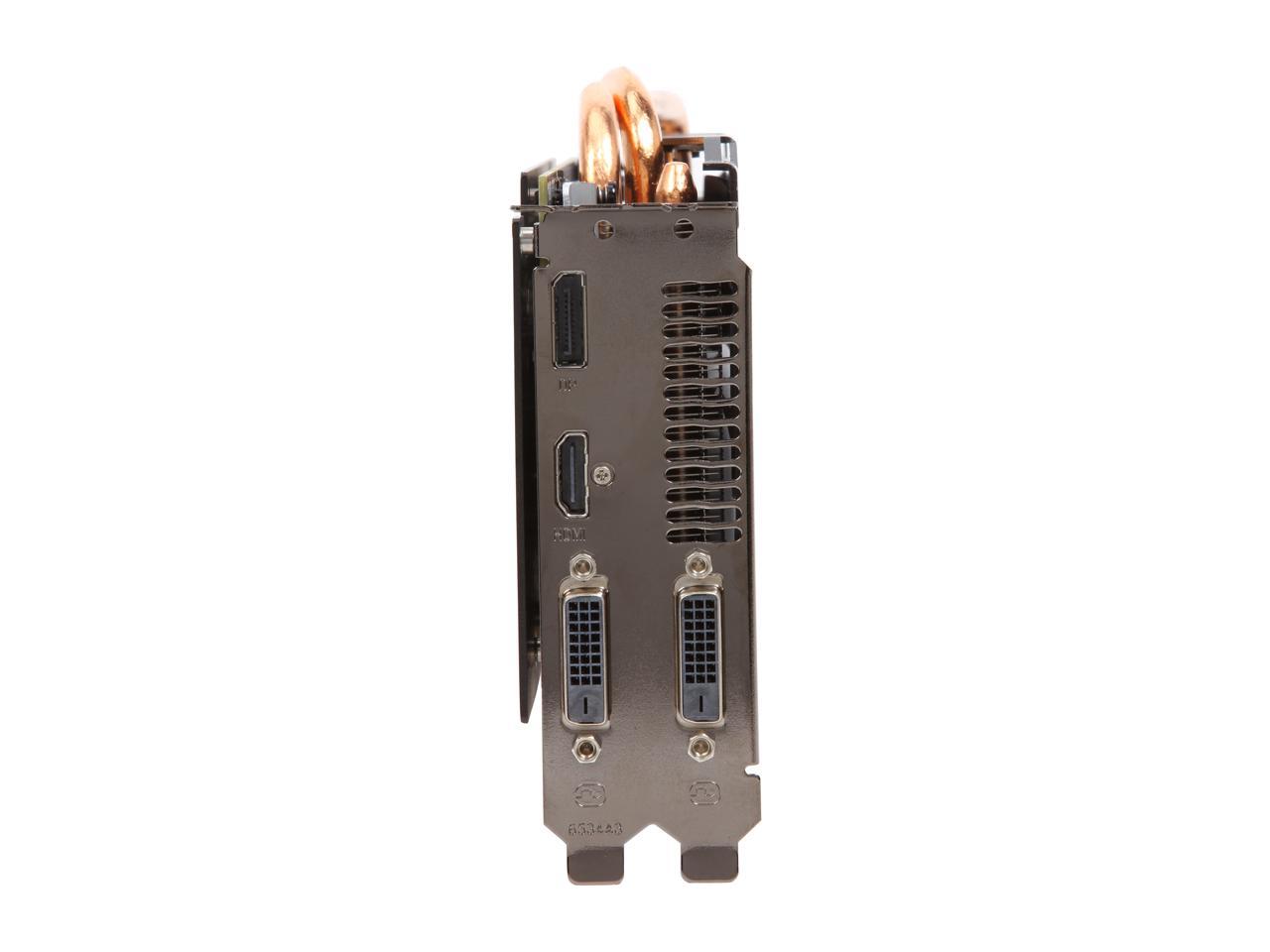 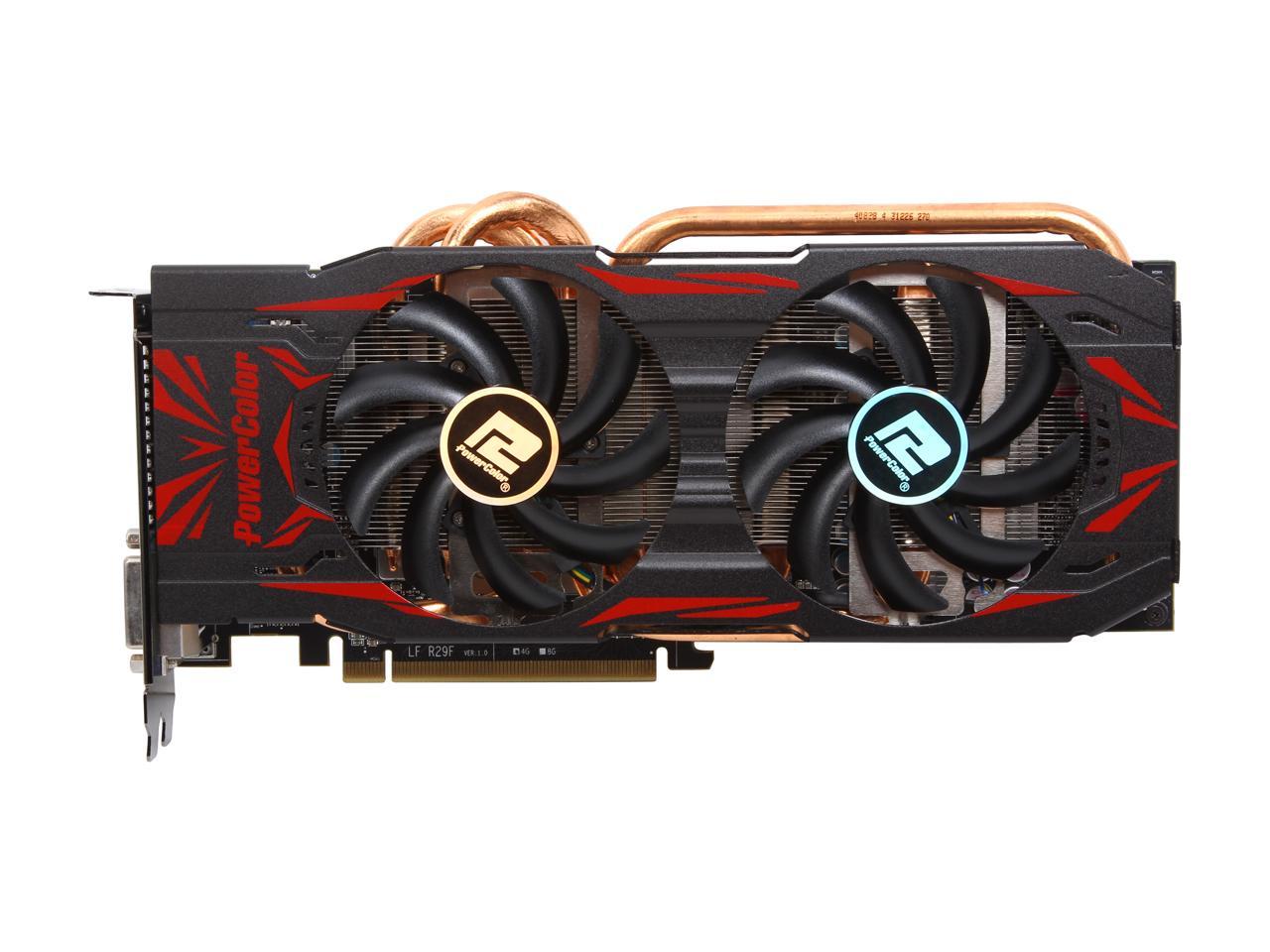 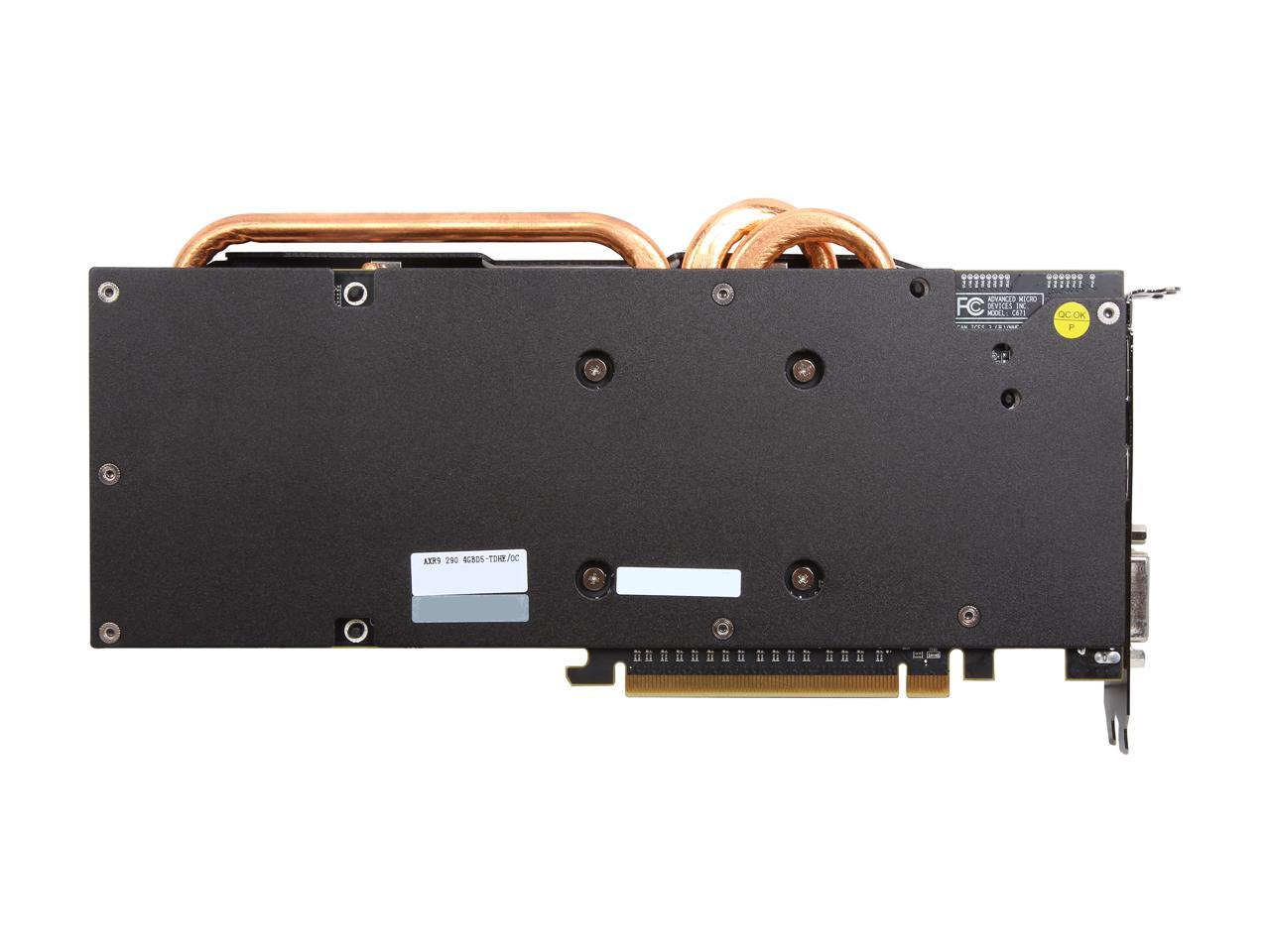 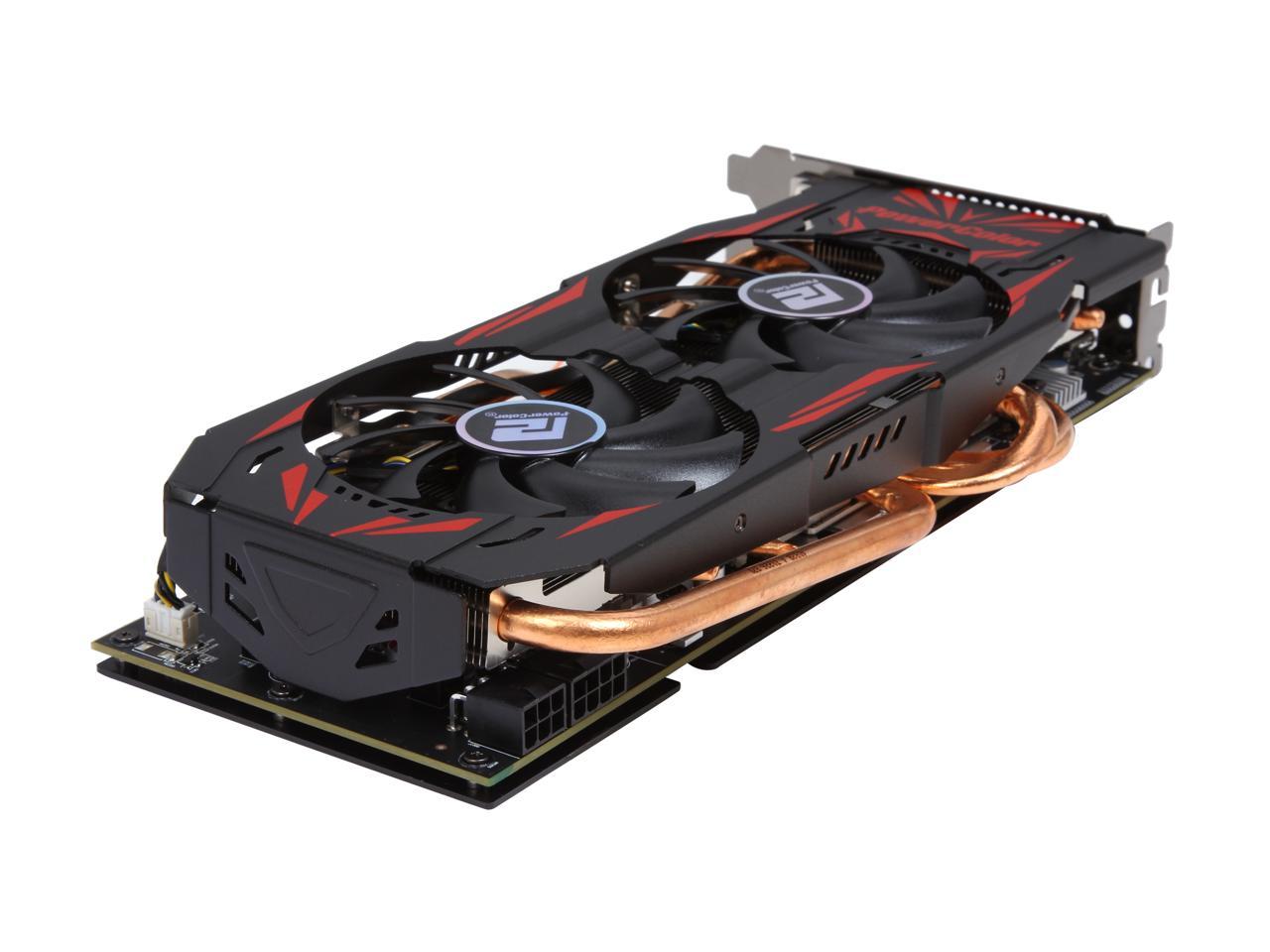 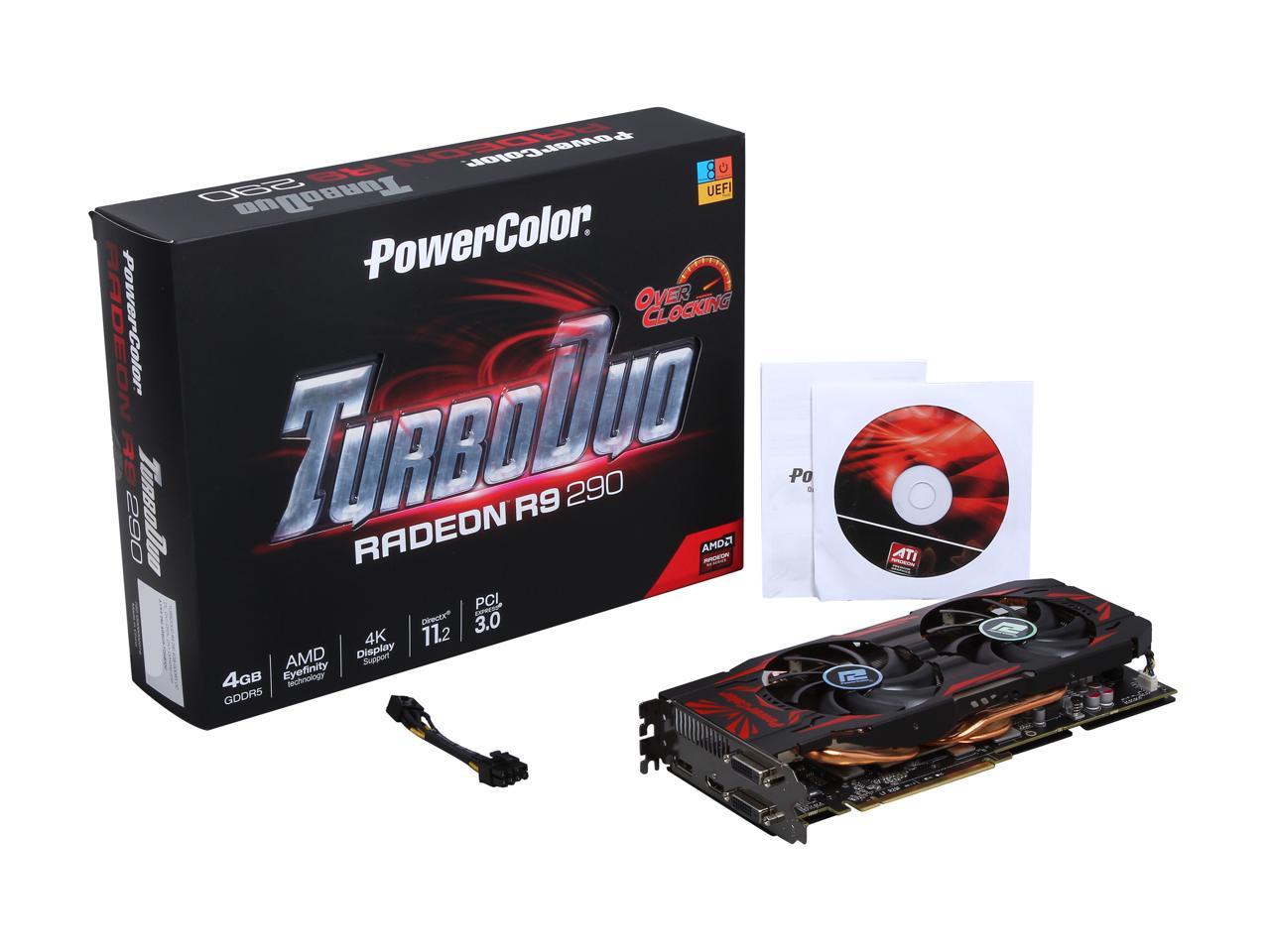 The Radeon R9 290, the AMD's high-end GPU, offers the weapon of choice for gamers who demand the best. It's based on the new 28nm Hawaii GPU architecture and introduces the support for DirectX 11.2, capable of rendering reality-redefining imagery in the hottest titles. With massive number of Stream Processors and gigantic 4GB GDDR5 memory, this GPU delivers the performance you need for smooth gameplay at extreme setting. The new CrossFire technology allows you to build multiple graphics cards configuration without the use of interconnect bridges. With Ultra Resolution Gaming you will leave HD in the dust by gaming on displays much, much larger. A rich set of AMD innovative technologies are included, such as App Acceleration, AMD PowerTune, AMD ZeroCore and AMD HD3D technology. With these technology advancements, you'll get more than one way to elevate your gaming experience.

This model is BIOS overclocked to 975MHz (947MHz for reference design), and comes equipped with dual large fans for quiet yet effective cooling even under demanding load level.

Overall Review: Do overclock this card! It is going to be noisy and hot anyway.

Pros: Card works if you use cables directly from power supply. Card seems quite fast on Metro at 1680x1050 with all details up + AA. Raymond seemed friendly and helpful after I contacted him. He suggested updating my PC's bios. I may try this if I see another crash, but after gaming an hour using the 8 pin power, I think I may be all good.

Cons: 6-8 pin adapter. My previous review was a mistake. I apologize to Raymond & Powercolor.

Overall Review: I previously left a one-egg review that I am not sure I can remove. I'm leaving a 5 egg review to counter it. When I originally hooked up the video card, my 8 pin power cable was buried deep in my case, while my 2nd 6 pin was near the video card. I used the adapter that came with the card, but the card crashed and I figured it was the card. I think it was actually that cable as I seemed to have solved the crashes after digging deep in my case & running the 8 pin power supply cable directly to the card.

Pros: Once I got it working it works great!

Overall Review: I was fully aware of the 2-egg rating and reading the reviews I kind of got the impression impatience and lack of information were the key drivers of the bad reviews. When nearly everyone is having the exact same symptoms. Chances are the problem is not that every single item is broken in the same manner. Anyway... the black screen/artifacts/software shutting down issues were all resolved with a bios update

Pros: Card works great. Runs everything I can throw at it on max settings (Star Citizen, Total War games, Skyrim).

Cons: Turns your computer into a space heater. Also, many people have had problems with this card. I did at first. Black screens, and only 50% use in games. I think one of the main issues is the power consumption. I had a 6 and 8 pin connectors on the card coming off the same rail from the power supply. After using one rail for the 6 and one for the 8, it works perfect.

Pros: 1. Price as you can tell

Cons: 1. fan speed/noise if above 70 percent which it does reach. 2. Crashes 3. Some flashing random 4. Crashes to white screen

Overall Review: I have a r9 270x and it ran the same if not better on almost all games. Also I did not get some random frame drops or crashes. Cant return due to using the promo codes. Worked fine for the first hour or two of gaming so I figured ok to redeem the codes. Bad idea. Played later that night bam crashes white screen lock up and more. I hoped the other reviews were just unluckily people but it was not sadly. I seem to be having the same problems.

Pros: This is a great card ran BF4 on Ultra present at 80FPS for a good solid 2 minutes

Cons: worked for only 2minutes ,card didn't overheat. last temp was 66°C as I closed BF4 just the cheapest brand of the R9 290 you can find and hopefully it'll work

Overall Review: ,I RMA'd it for a replacmnet but turned out it was out of stock so I got my money back and got a gigabyte version of the card instead ,more stable performance

Pros: This card is fantastic for me so far. I can run planetside 2 at ultra, black ops 3 beta, sniper elite 3 and dayz all aswell on ultra. This card is very good for the price, and so far I've not experienced a single crash being the card's fault.

Cons: While it is a very high preforming card, it also can get hot like other r9 290's. I had my rig using only one chassis fan however and it barely ever went over 80 celsius. If you're looking to overclock however I'd suggest purchasing a aftermarket cooler.

Overall Review: So far, the cards been a huge change from my old HP Pavvilon. ALso, I've used a 600b 600w EVGA power supply for the last month with this card and it hasn't really shown any problems relating to it. While it does suggest getting a 750w, if you're not going to do anything like overclocking a 550-600w is perfectly fine. Get either a corsair or a 600b.