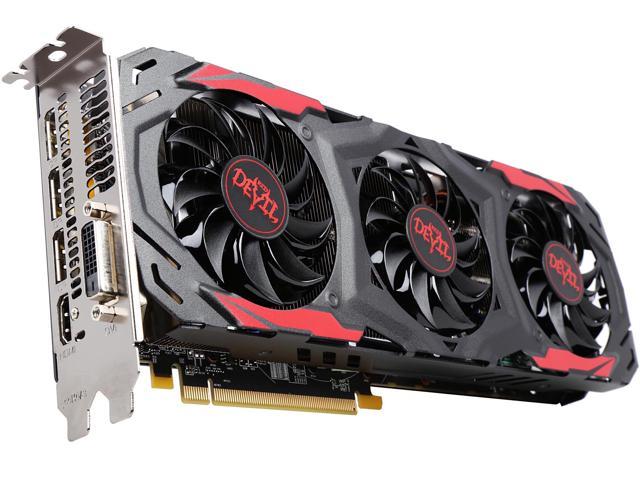 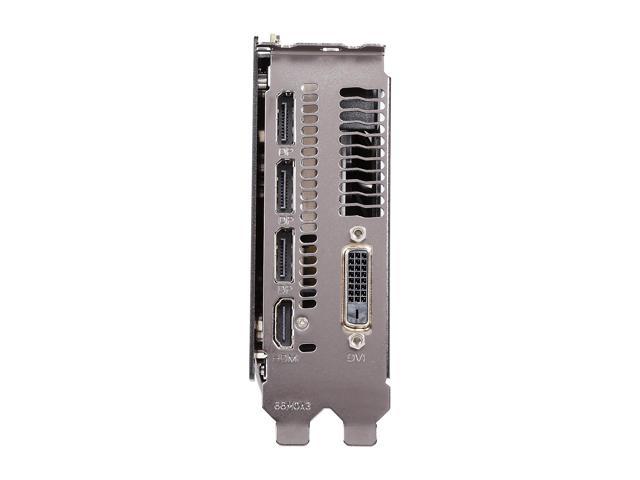 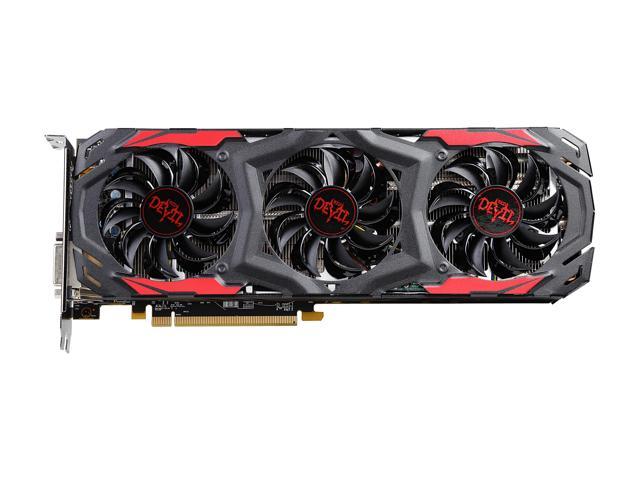 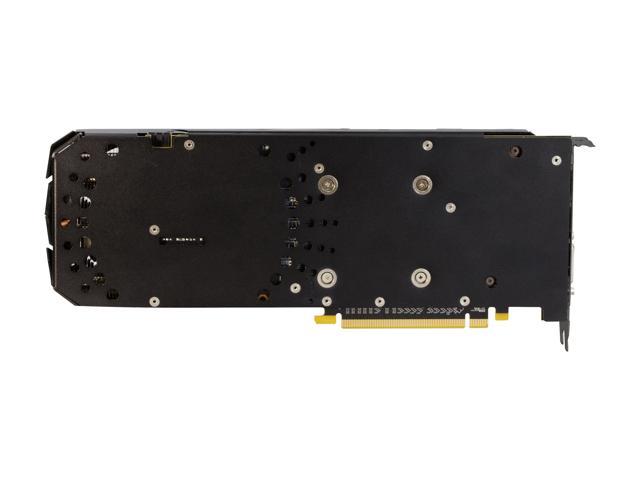 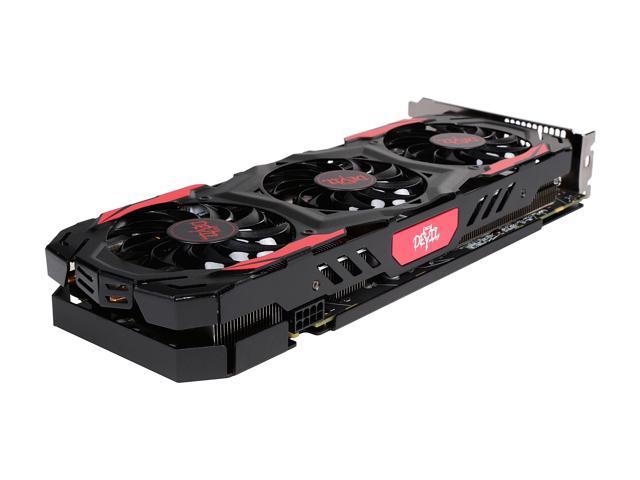 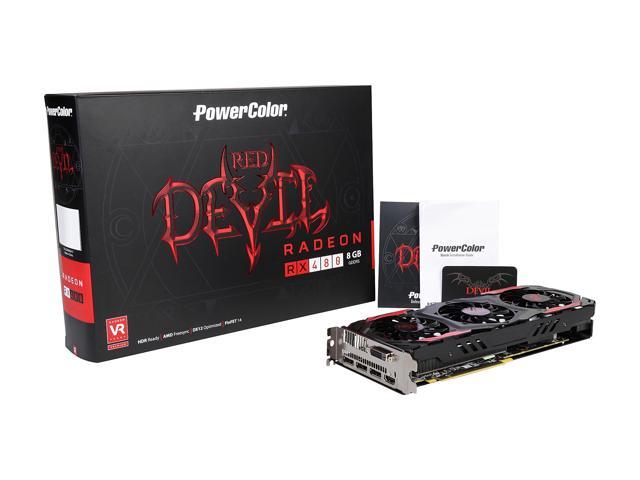 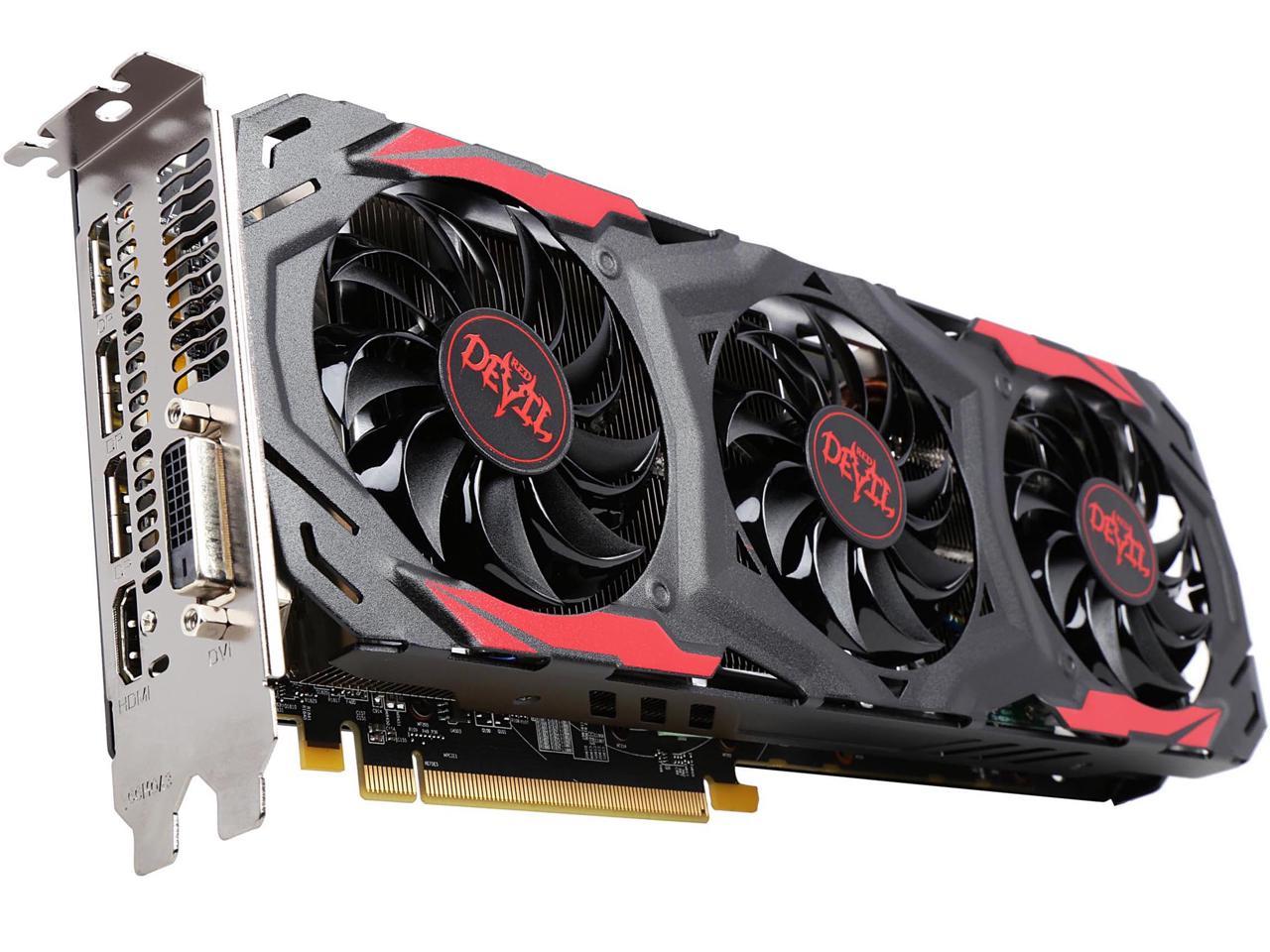 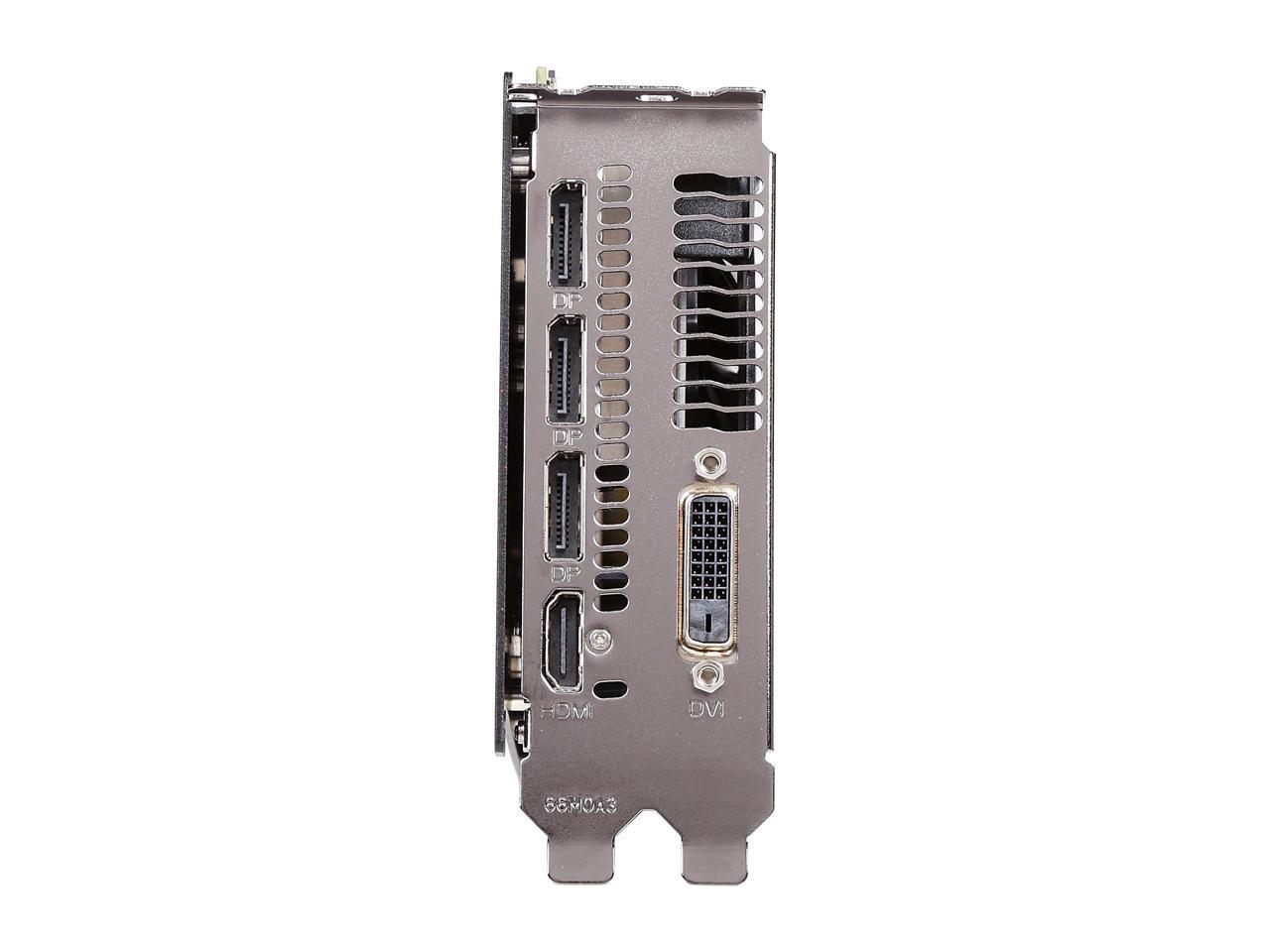 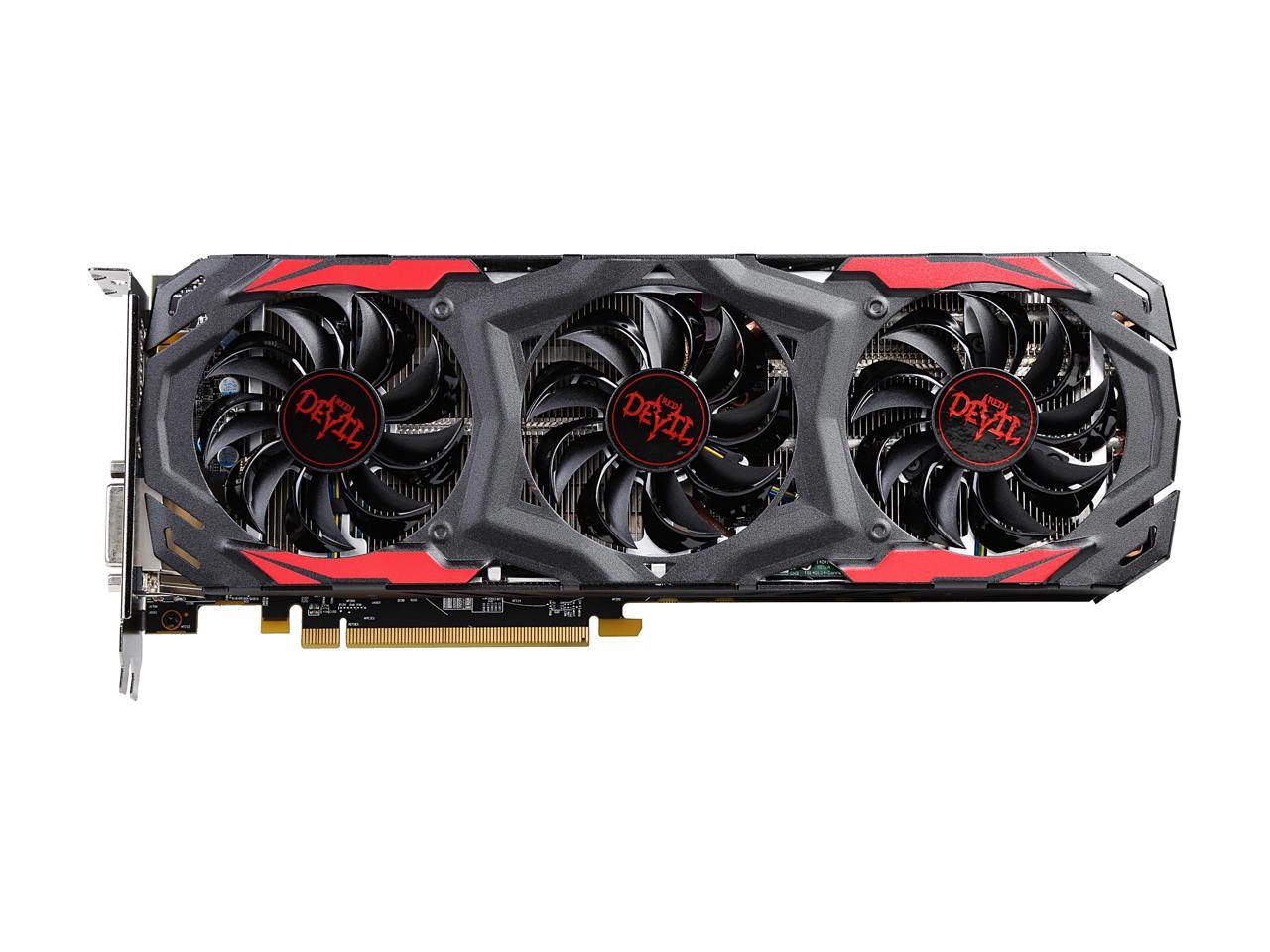 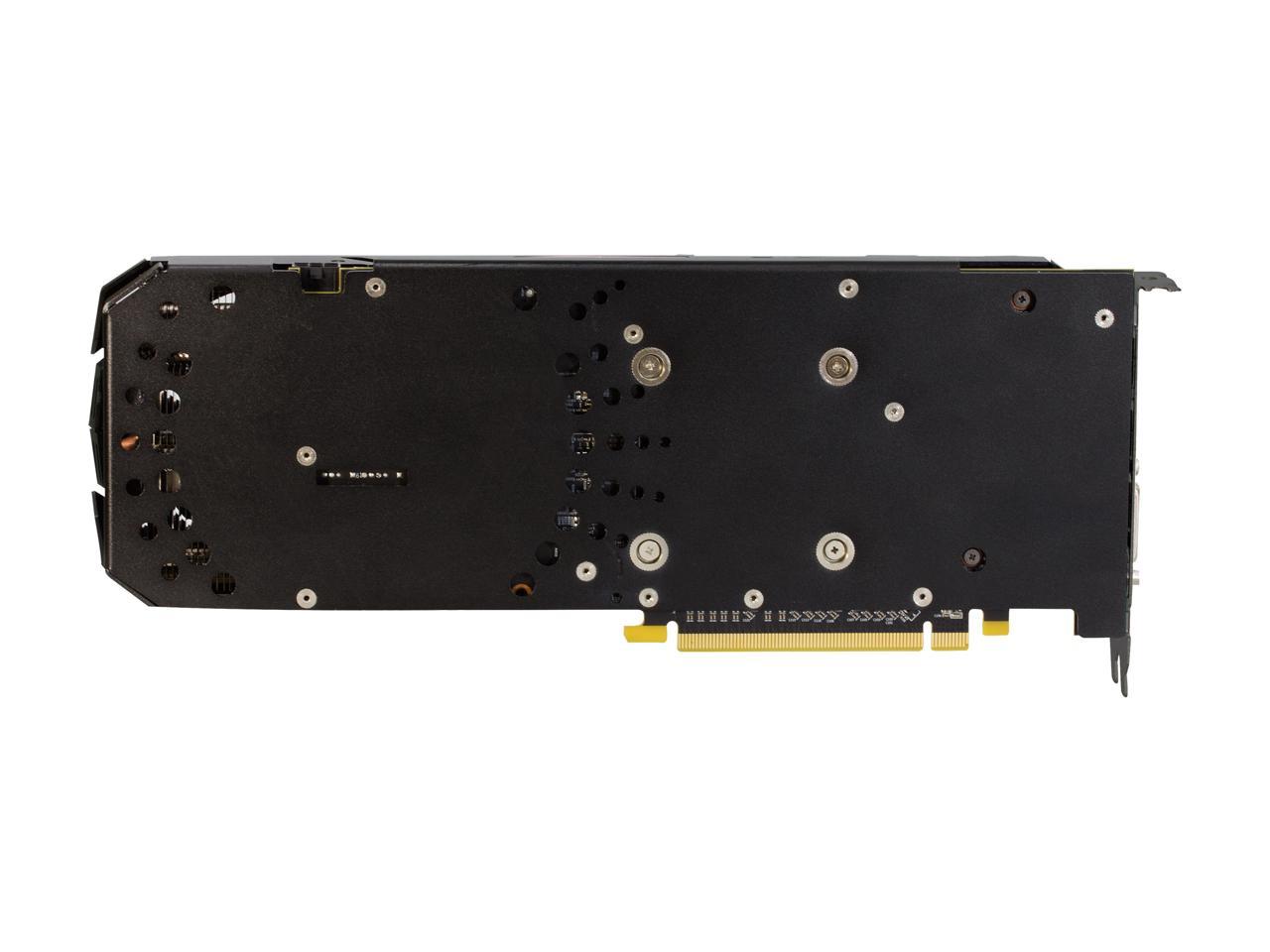 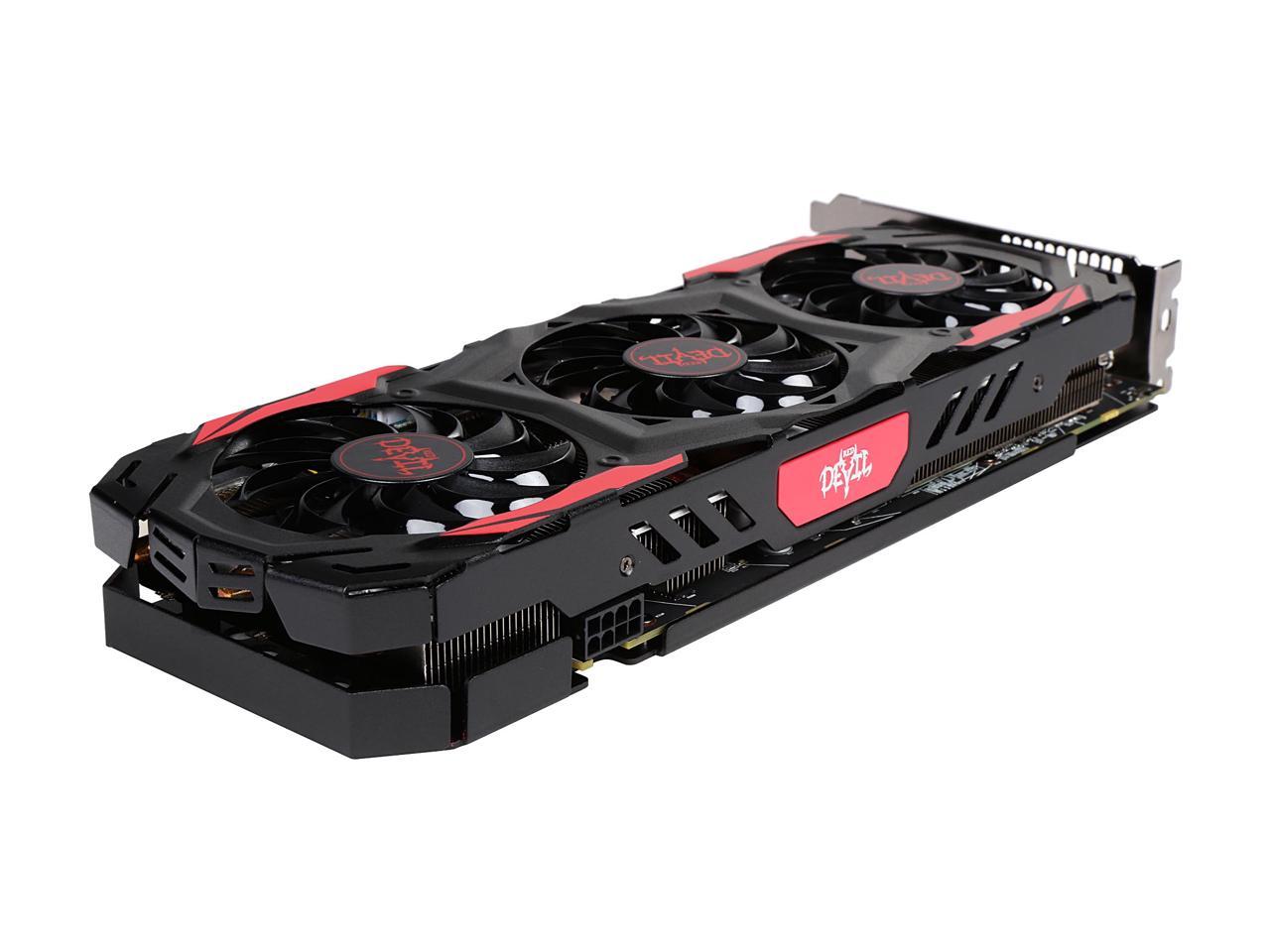 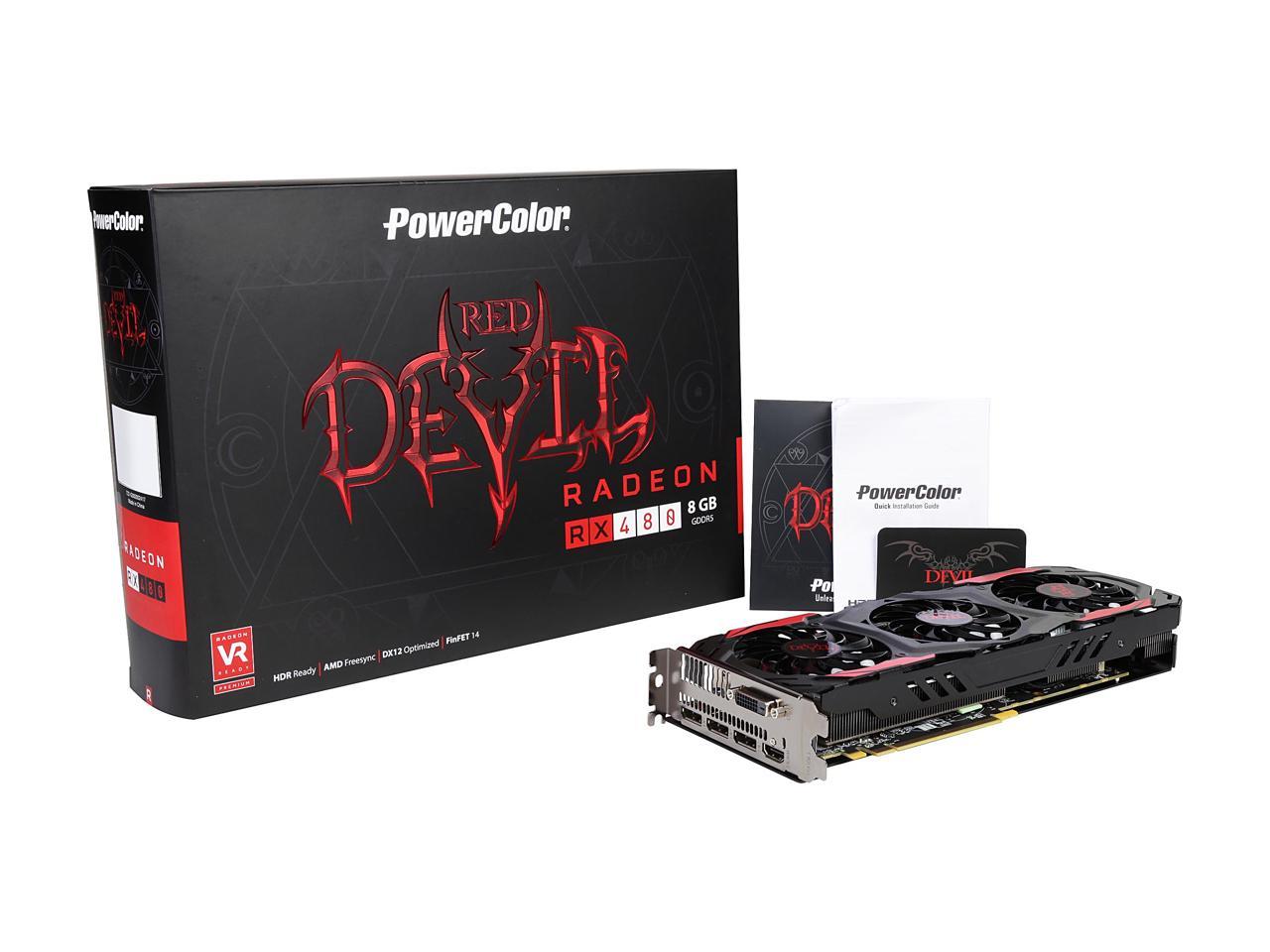 Back plate
Prevent PCB bending and protect GPU from over pressure.

6+1 Power Phase
There are 6 + 1 power phases which increase the lifespan of each phase. Not only this, each phase provides 25W, instead of 22.5W from other boards, which enable higher Overclocking! Cons: Longer than the other cards (12.2 inches), which may be an issue for some cases. No option for LED's. (Minor) Red Devil Emblem on the card is upside down. (Minor)

Overall Review: I was looking for an upgrade from my old R9 280X, and decided to get the RX 480. I read a lot of decent reviews online about the PowerColor Red Devil card, so I decided to go with it. When I went on Newegg, I saw that there were two versions of the card. From what I was able to determine, the only differences between the two cards was that Version 1 of the card had a boost clock of 1330MHZ from the factory, and the Seal of Solomon on the back plate. Version 2 had a boost clock of 1290MHZ from the factory, and nothing on the back plate. Since there were no significant differences between the cards and since Version 2 of the card was cheaper, I decided to go with it. After installing the card in my computer, I acquired the unlocked bios from the Power Color Devil Club forum and flashed the card with it, which changed the boost clock from 1290MHZ to 1330MHZ, and changed the max power limit from 30% to 50%. One of the first things I noticed was that the stock voltages on the card were a little too high, so I decided to undervolt it. Apparently the RX 480 undervolts real well, because I was able to save 20-30 watts of additional power and drop my card temperatures. Before undervolting the card my idle temp was about 50 Celsius, and load temps were 75-80 Celsius. After undervolting the card my idle temp was about 40 Celsius, and load temps were 65-70 Celsius, which was a difference of 10 degrees Celsius lower. My fan profile in Wattman was 1500-3000 rpm before and after undervolting. After undervolting the card, I decided to try overclocking. My results are listed below: Card: PowerColor Red-Devil RX 480 (Using unlocked bios) ASIC quality: 79.4 Case: Cooler Master HAF 912 Overclocking tool used: AMD Wattman My fan profile on Highest Stable Overclock: 2800-3800 rpm Highest Stable Overclock: 1395MHZ (Boost Clock) at 1175mv, and 2125MHZ (Memory) at 1150mv. Miscellaneous notes: Anything above 2125MHZ (Memory) would generate GPU memory errors. A few GPU memory errors are fine, but when you start seeing several hundred to several thousand then you will start to get diminishing returns on your memory overclock. Anything over 2200MHZ would result in thousands of GPU memory errors making the system too unstable causing system crashes that would require a reboot. VRM temps never exceeded 80 Celsius. I cycled through the Fire Strike, Time Spy, and Heaven benchmarks twice, and then played Fallout 4 for an hour to get these results. One tool I used to monitor the card while overclocking it was a program called HWiNFO64, which is a free download and comes with a lot of sensors built into it including GPU memory errors, core voltage, card wattage, core clocks, GPU temp, and VRM temps just to name a few. Update: Using Sapphire Trixx, I was able to get the card’s Boost Clock stable up to 1430MHZ at 1200mv. Trixx adds extra voltage to your existing wattman values for state 7. My default voltage from the bios was 1150mv for state 7, so I needed to add 50mv using the Trixx program to get 1200mv total. Higher boost clocks of 1450MHZ may be possible with a little more voltage to say 1250mv, so if I decide to push for a higher overclock I will update this review. Remember that when it comes to overclocking, individual result will vary and that AMD recommends a minimum power supply of 500 watts for the RX 480.

Pros: - Super easy to setup, almost* plug and play - my opinion the best custom PCB of the RX 480

Cons: - none yet, will edit later if there is.

Overall Review: *I was reading the reviews about how people had a tough time with the drivers, and I just downloaded the latest drivers from AMD, and didn't even use the DVD that came with it. I have only had it for 4 days, but its the biggest difference and it has been one I've been waiting for (My last card was a GT 610) I will edit later with up-to-date thoughts, but all in all its a wonderful upgrade.

Pros: Works great. I overclocked to 1385MHz and it's working stable. On my 144hz 1080P monitor, Titanfall 2 Maxed setting I get 120fps. GTA V ultra settings, MSAA 4x I get 50fps. Not the best out there but something to expect from this card.

Cons: The building process is a struggle. This GPU is extremely long as you might already noticed. For those who are getting a Mid tower or Mini Tower, check the maximum GPU length your case can handle!!! Also a tip for first time builders (like I was), after you put in the motherboard onto the case, install the GPU first, then work on cables. I did the other way around and it gave me a hard time screwing this GPU to the case.

Overall Review: Got it for 3 months and it hasn't let me down.

Pros: good quality build, silent, and looks good. No quality issues what so ever

Overall Review: At first i thought it was loud, but i found out it was my case fan that was being throttled up. the card is silent

Cons: - Longer than typical 2-fan models. Not an issue for my usage, but your mileage may vary.

Overall Review: For the short time I've been using it, I've been more than satisfied with the RX 480's performance. Seems to be about a 390 in performance (maybe a bit less in some games) but with significantly reduced power consumption. So if you're in the market for a card that runs anything at absolute max settings on 1080p, or even some nice 1440p gaming, the RX 480 is great in my opinion. And this variant if definitely a great product from PowerColor.

Pros: -works without issue -Can stay cool enough with custom fan profiles -has dual bios -pretty quiet most of the time

Cons: -as with all Polaris 400 series cards seems to struggle to OC -efficiency disappears almost completely with OCs

Overall Review: My only real complaints are with overclocking. Not much to do with this card in particular, but it is a recurring issue. Both bioses work out of the box and my particular card doesn't OC much if at all stably. That's alright though as this card is already overclocked out of the box, PowerColor just got most of the extra performance out of my card. Otherwise it's been a good card and has run most games at 60 frames 1080p. Potential for higher frames is definitely there, I just run with vsync most of the time on a 60 hertz panel. Would've previously recommended this card if you're upgrading from something like an R9 280 or below, now my recommendation would go to an RX 580 or 570.

Cons: - Size is bigger than I thought - Stays really hot; fan does not run even at pretty high temps - stutters sometimes when playing video or games; however it may be my other components