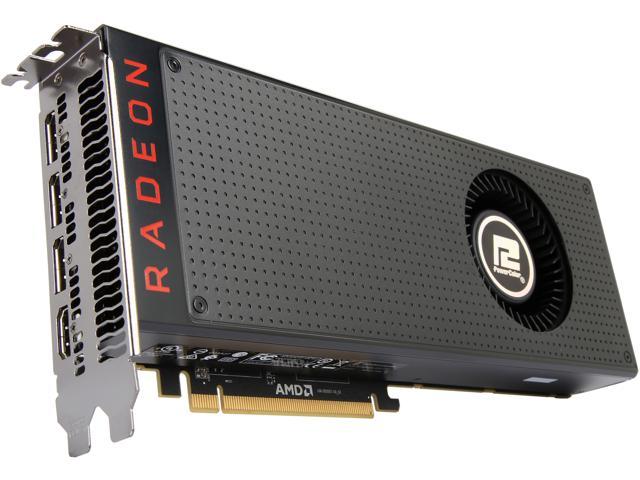 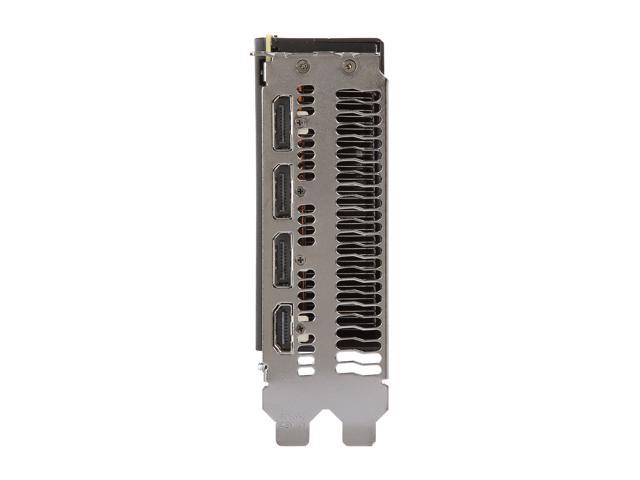 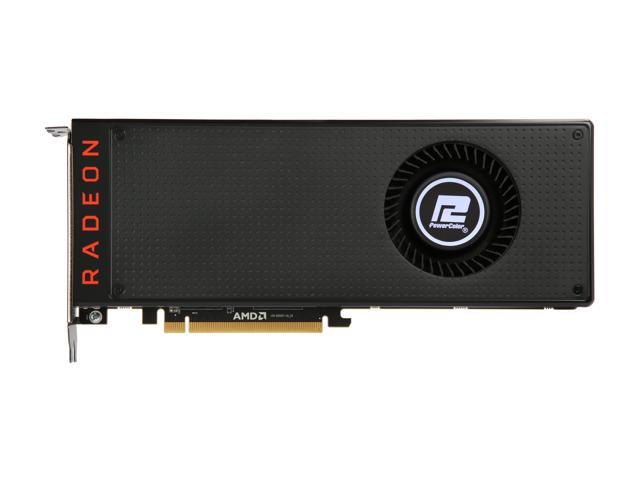 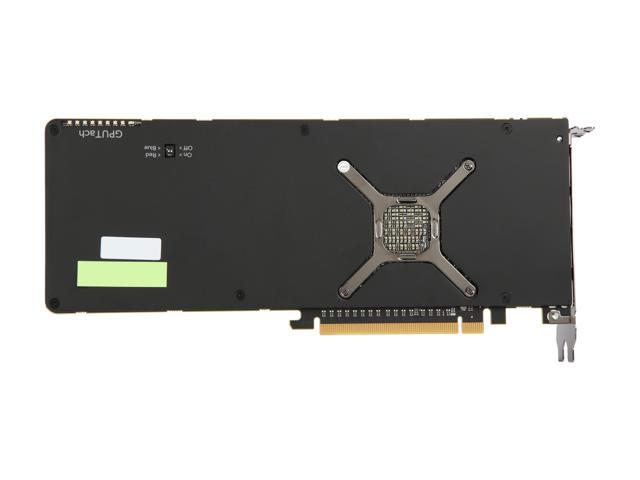 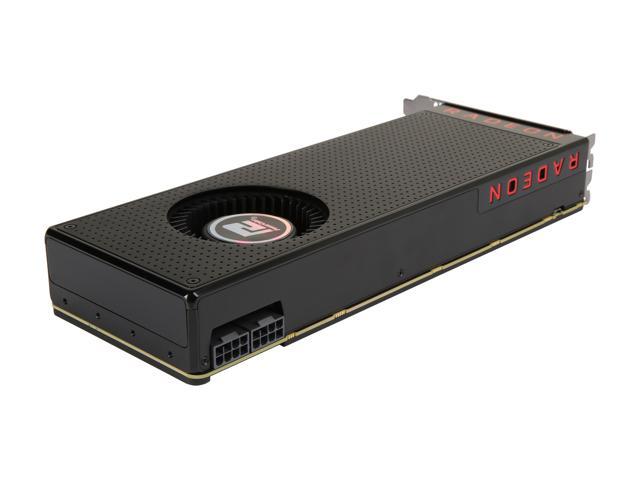 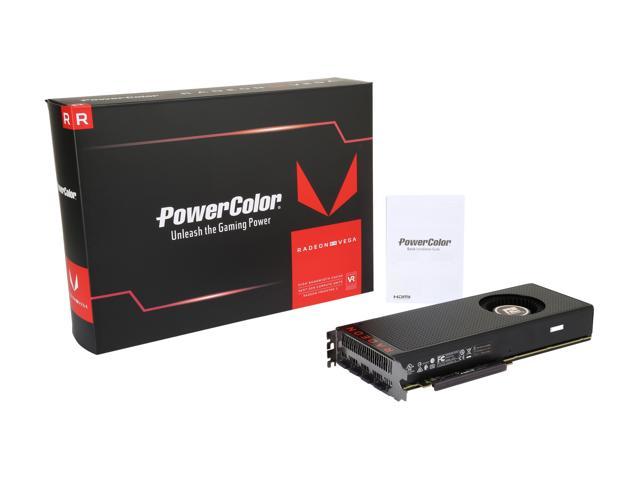 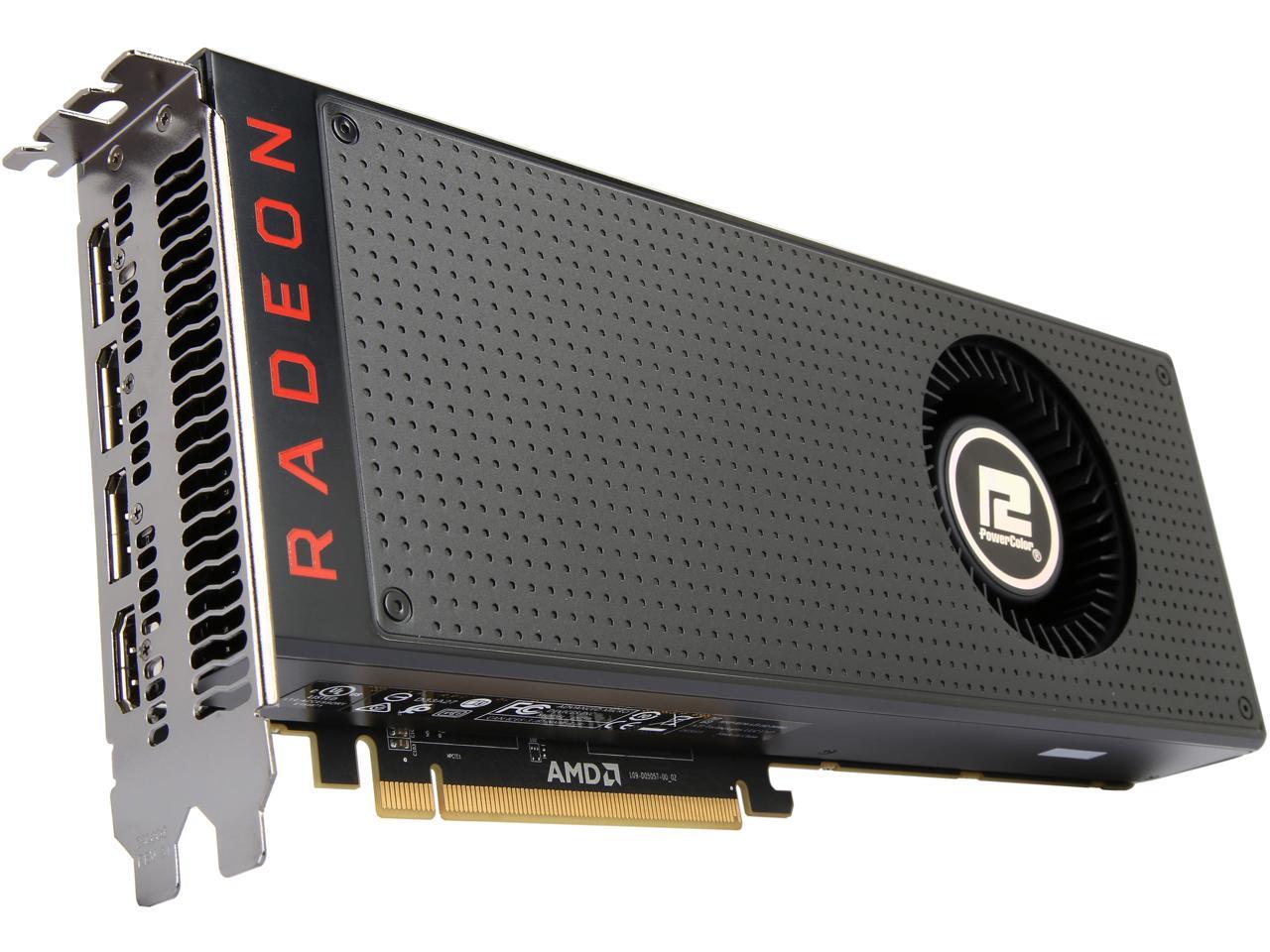 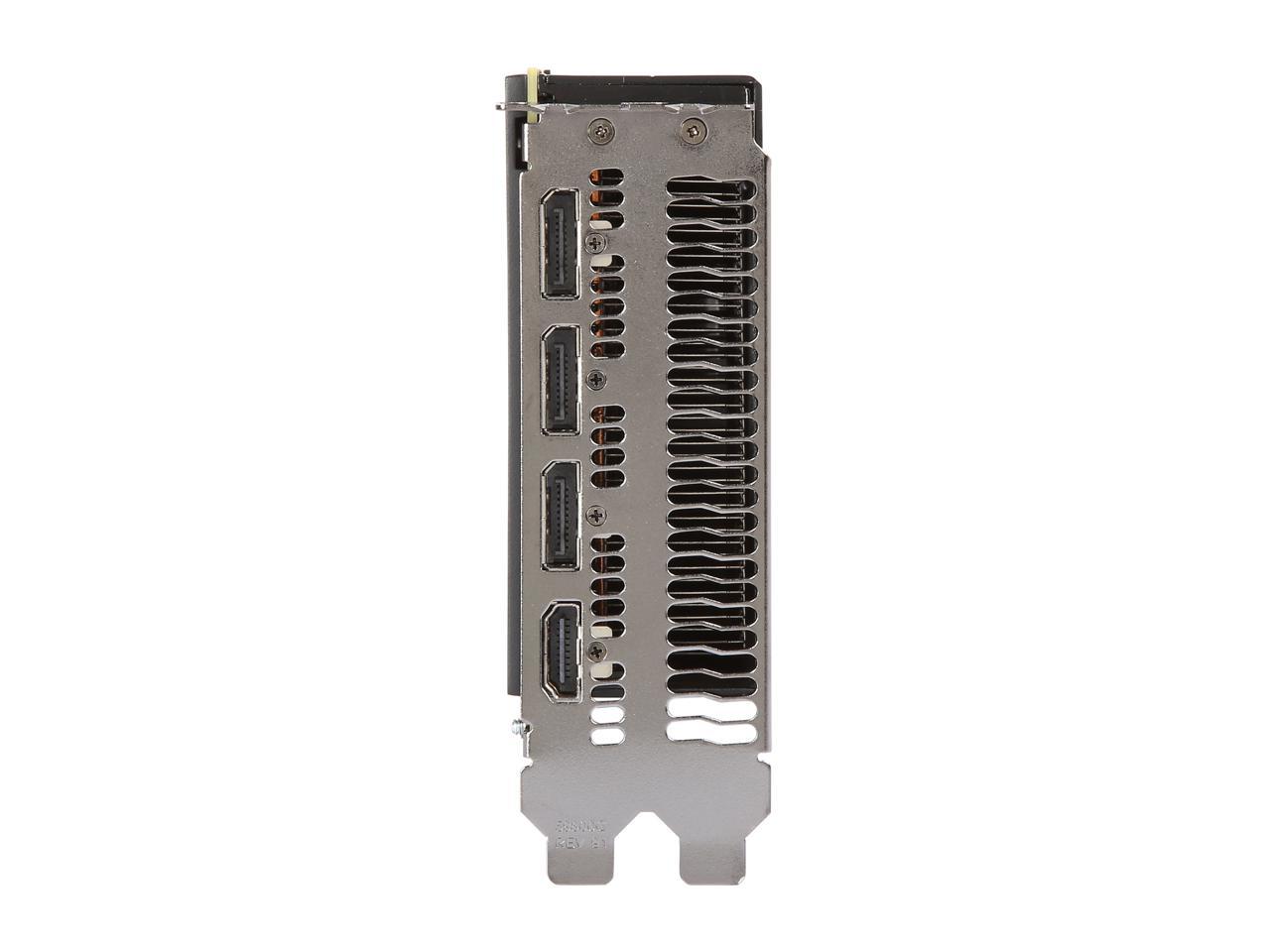 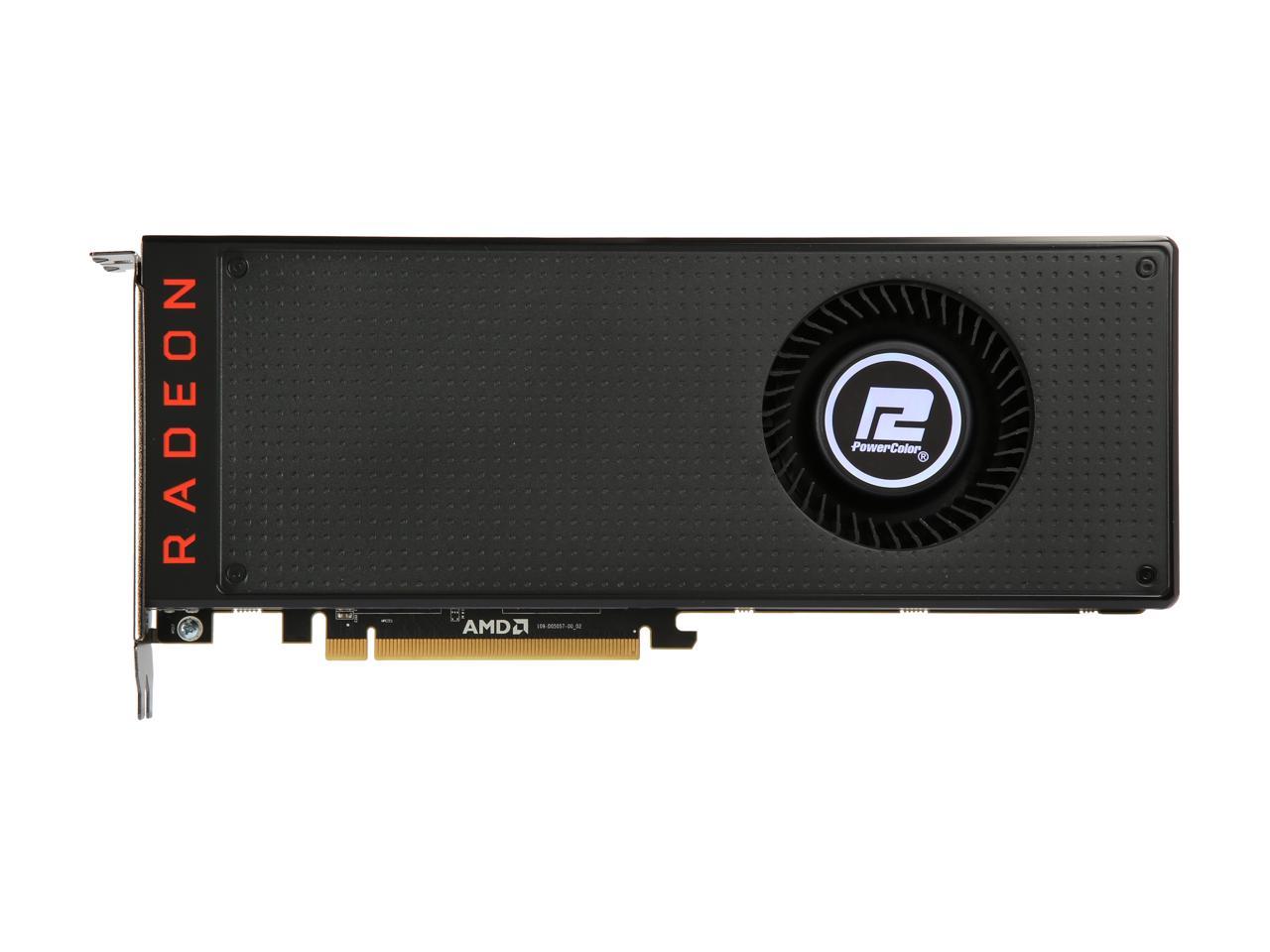 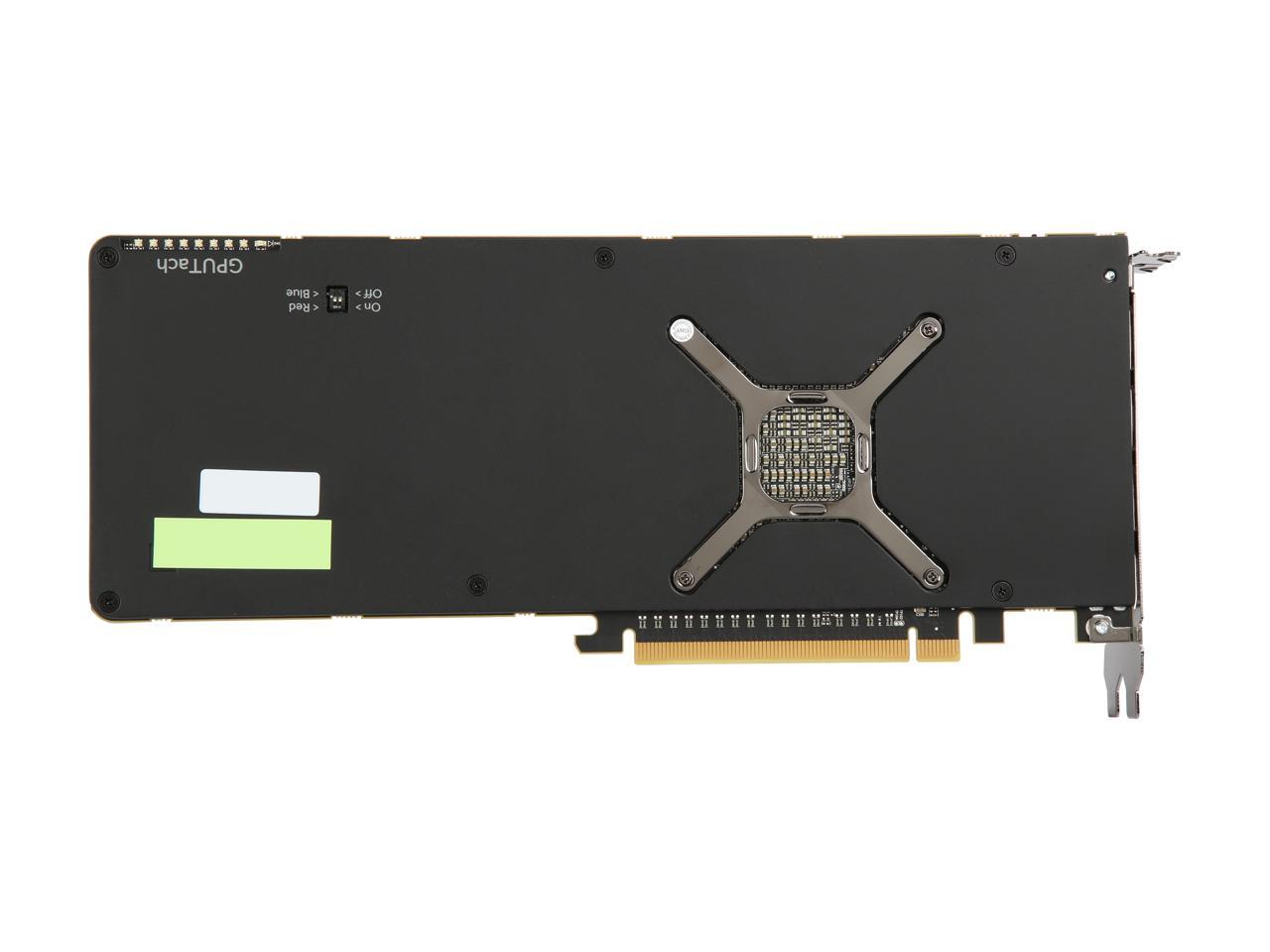 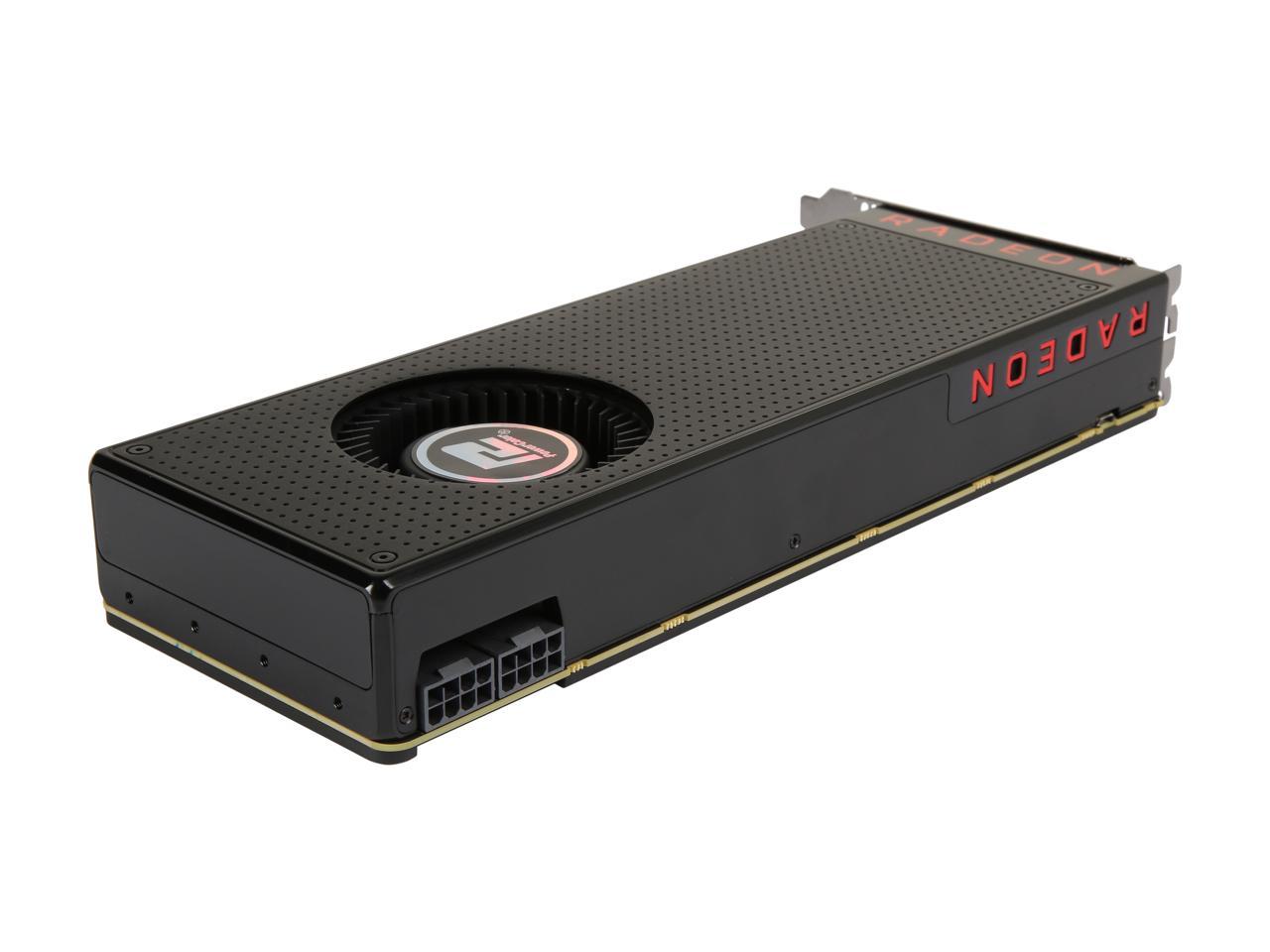 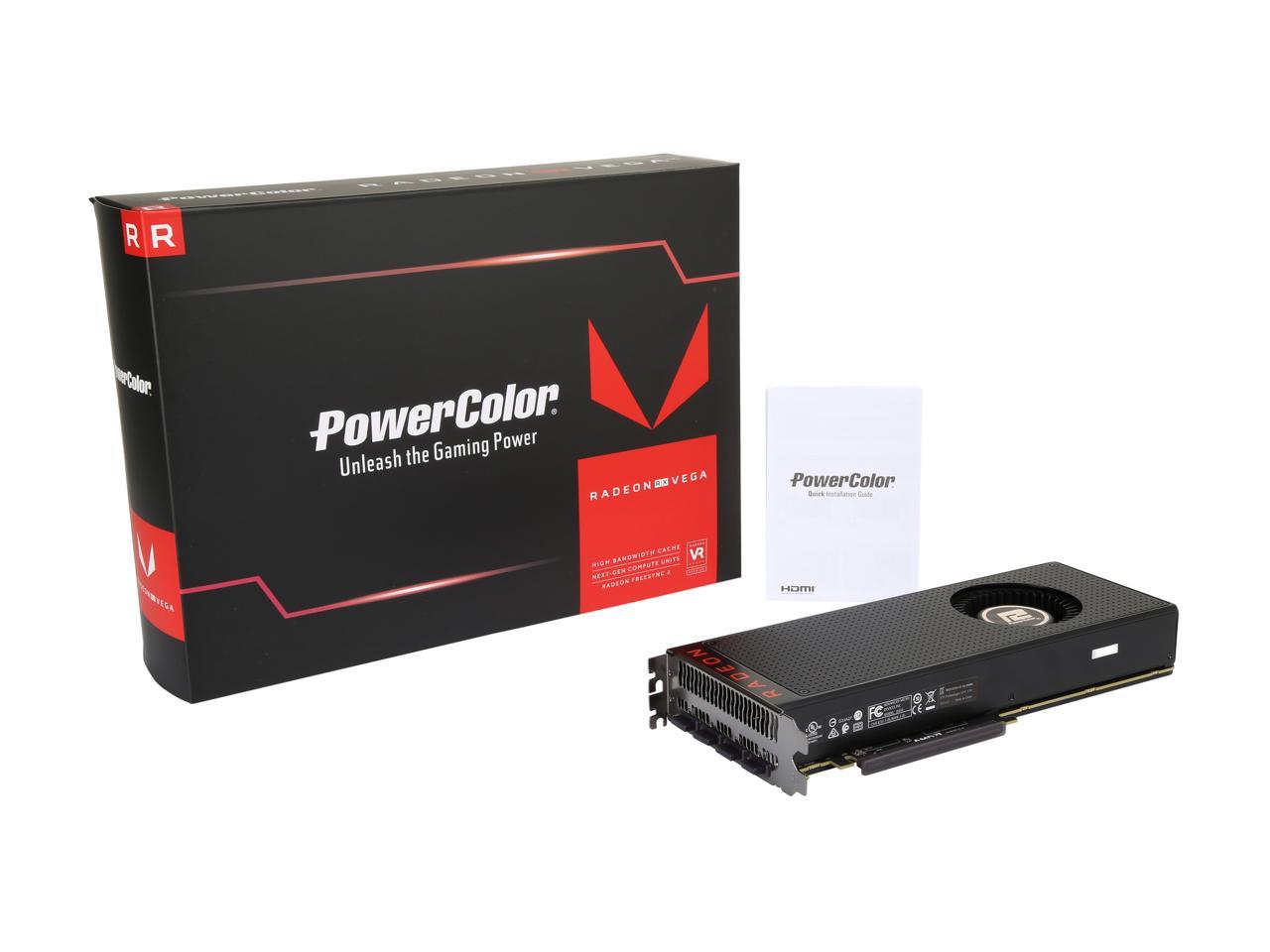 Cons: -If you know what you are doing this isn't a con, but it HAS to be mentioned - these cards are crazy overvolted at stock settings. I am not sure why, but whatever the excuse AMD has messed up their own launch. I own 4 of these cards for mining (and gaming), and none of them need anywhere near the stock voltage to function well. -Tech reviewers are horrible at tweaking GPU's and continue to spout misinformaion about what these cards are capable of.

Overall Review: I am sure some people will rate this review as "non helpful" and claim that I am misleading people, but I am not lying about my results. I actually got results better than what I said above on all 4 of my RX Vega cards. so either I got jackpots in the silicon lottery 4 times in a row, or this is the truth... You decide which reality is more likely ;).

Pros: It runs my games really well. Got it at MSRP

Cons: Fan is a little load but I put a waterblock on it and eliminated that issue.

Overall Review: Im coming from years of Crossfire/Sli setups down to one card/ GPU, and I couldn't be happier. Those of you that's ran multi GPU's will understand. My last Card was a Sahppire 7990 which is still a competent all these years later but had the worst coil wine, and it used something like 100 more watts of power. I was worried about buying the Color Power brand but all ok so far. I got lucky and got this before any price jack so Im happy, but if it was more expensive I would have just gotten an Nvidia. 1700x (XSPC raystorm Pro) waterblock MSI X370 Pro Carbon GSkill 16g Power Color Vega 56 Crucial M4 256 ssd

Pros: - A Solid Choice - Linux Drivers - Shows Potential I'm pretty happy with this purchase and it was the first time I had bought a reference graphics card. I was happy to know that the card has a dual bios switch which is not very common in reference cards. After watching Gamers Nexus videos about how the Vega cards all have the same VRM and HBM2 memory, it made more sense to get this card instead of the 64. When I purchased this card at the beginning of September 2017, a 1070 was $450 and this one was $499 with Wolfenstein 2 and Prey so even though the price was a bit inflated, I am getting some value out of the bundle. Spending 5 minutes overclocking this without even owning a water block allowed me to shred some benchmarks and send them to my friends who own 1070s. It will be pretty cool to see when more features get enabled as the cards mature and it is great to see the open source Linux drivers performing great. While I mostly play on Windows, I like to boot to Linux for things as well so it is nice that FreeSync works well and provides me with a valid alternative.

Cons: My only gripe was the packaging as PowerColor included documentation that didn't make any sense. The quick install guide is riddled with typos. It says to insert the driver disk and the actual packaging didn't come with any disk. Judging by the fact that the graphics card in the documentation looks like an HD 7770 reference card, it must be pretty out of date and no thought went into the packaging. I have experience installing graphics cards and the quick start guide wasn't necessary to me but I could understand it being a bit frustrating to someone installing a graphics card for the first time.

Overall Review: I think this product may become more irrelevant with the release of some AIB versions but those haven't arrived yet. If the price is $400 USD then it makes sense but at $500 not as much.

Pros: So far it is great. Amazing speed no issues with the install. Was easy to overclock and under volt. (Lots of tutorials on YouTube for this very thing) Will be using this for both gaming and content creation.

Cons: Not really a con as I knew this when I purchased but the fans can get loud when sped up. But since this card doesn't really get to hot with what i have thrown at it so far no big deal. Plus the next upgrades for me will be a custom liquid cooler.

Overall Review: I upgraded from my R9 380 (Also a powercolor). So a huge step up for me. Had the R9 380 for almost 3 years and never had an issue with it after the replacement. Combined this with the Ryzen 1700 and 16 gig of RAM and there is nothing that this can't play. (oddly enough i found myself playing SWKTOR 2 after the install)

Pros: -I finally have a desktop GPU -I can play more than CS:GO now -I had just enough 8 pin PCIE connectors

Overall Review: So, I finally built my own PC. I've been following PC hardware for awhile, and had a prebuilt in the past where I replaced the HDD, GPU (4850 -> 550), an optical drive (which I don't think I've used since). My new build is a Ryzen 1700x, Asus B350 Plus, 8Gb DDR4 2933, EVGA 600W B1 PSU, 480GB SATA SSD, 2Tb HDD, and this Vega 56. I got the rest of the system ahead of time during prime day sales, and waited for the Vega release to grab this guy. I had some trash GPU (710?) that was good enough to watch youtube and play CS:GO. So I got this card. I downloaded the latest drivers from AMD (Powercolor didn't have drivers for this up yet, ~3 days after it launched) and I booted up Pubg, which I've been waiting months to try. I get into a game, and it's running great-ish. ~60FPS on high, which I'll take considering the game does not seem at all optimized for AMD. I get to a second game aaaaaand my computer crashed. I hadn't experienced any crashing in the month or so before I had the 56. I figured this was pubg, so I tried again. ~1/2 hour later, same issue. So I downloaded Unigen and ran a GPU benchmark. And it crashed. Did I get a lemon? Would I have to RMA? What was up? I installed and booted up Afterburner. Everything running at default speed, and temps seemed in check, so I figured there wasn't anything weird going on. I tried the benchmark again and kept an eye on it. Right before my computer crashed, I noticed the core clock going above the rated boost clock of 1471 and going up to over 1500 right before it crashed. This seemed weird. I had never overclocked before, so I booted up Wattman to try to tweak it instead of afterburner as Wattman came with the drivers. Wattman was super unintuitive from my view, as it wasn't clear what some bars were, and how to change values away from the default was also confusing. I figured it out, and noticed the card wanting to boost to 1540. This seemed wrong. Memory clocks were correct at 800. I brought the boost values for the core down to under 1500, and ran the benchmark again. Ran fine. I booted up pubg. Ran fine. I know from my minimal research that HBM overclocking on the 56 leads to better performance gains than core OCing. So I bumped the memory to ~920 and increased the max fan rpm to 2800 as I use headphones anyway. I saw some nice performance increases and no crashes. So I don't know what was up. I seemed to be getting ~Vega 64 core clocks but Vega 56 memory clocks? I figured this out after a lot of banging my head against a wall, and it seems to be working great now. I'm annoyed that my OC resets occasionally depending on how my computer shuts off, but I'm overall happy with how it's working now. I just shouldn't have had to go through the pain of getting to where I am. I'm going to chalk it up to some driver weirdness, and tell AMD to keep it up with their luck they've had with Ryzen this year.

Pros: This has been a fantastic video card since I bought it. Very happy with my purchase and the capabilities of this card!

Cons: None for me!

Cons: Supply. Not enough of them. Can get loud but it's because I manually turned the fan up. I guess if you left it at the defaults you wouldn't hear a thing. I love my cards running cool so I up the fans on them all. This thing has a "Squirrel" fan so it's very effective.

Overall Review: So I have a 4k monitor. First thing I did was Uninstalled drivers from my old card, shut down, put new card in, turn back on and right after post (bios screen) it would change to windows screen and be all garbled. I had to plug into a 1080 screen so I could see, install new drivers, and then I could plug back into my 4k. All is good.

13 out of 15 people found this review helpful. Did you?