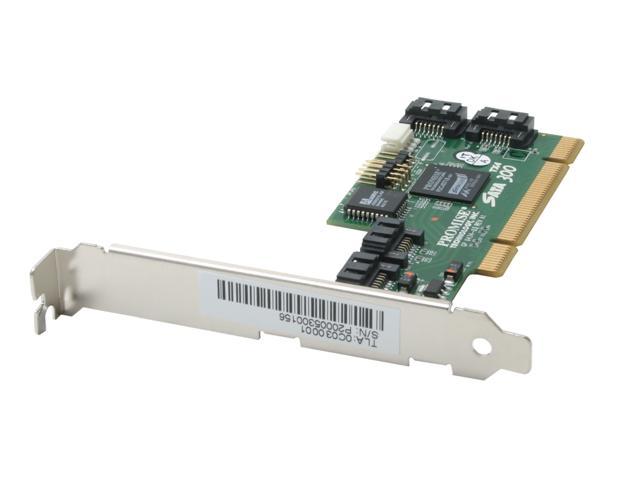 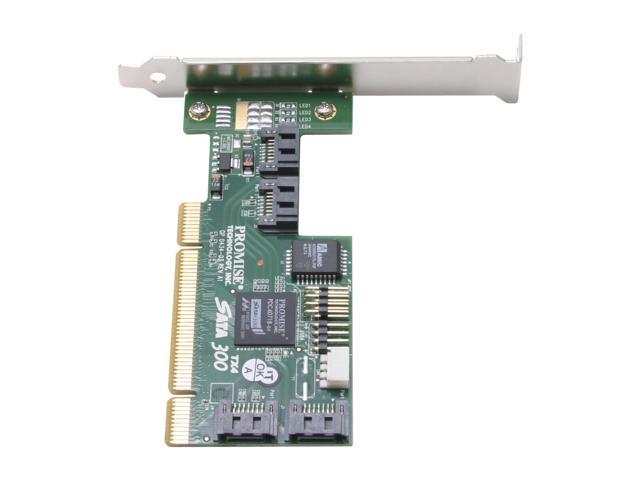 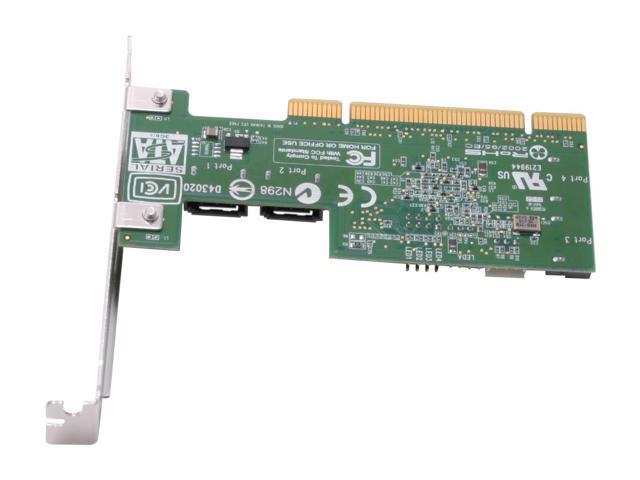 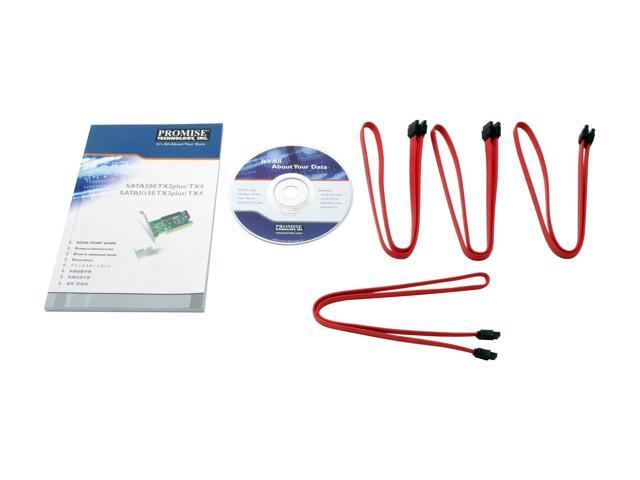 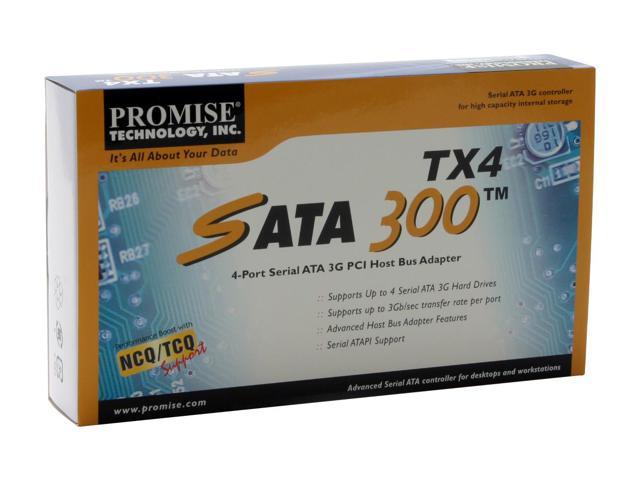 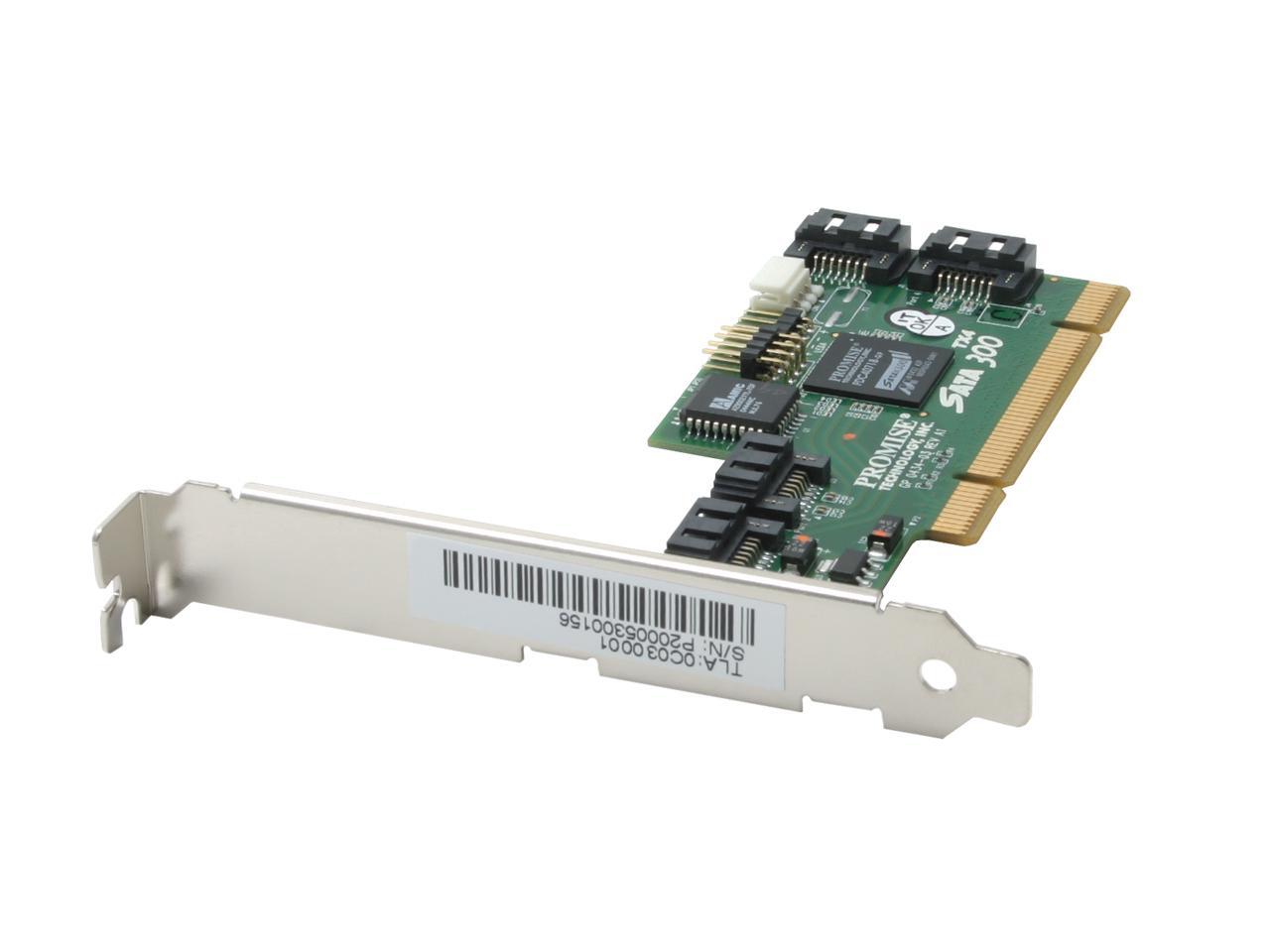 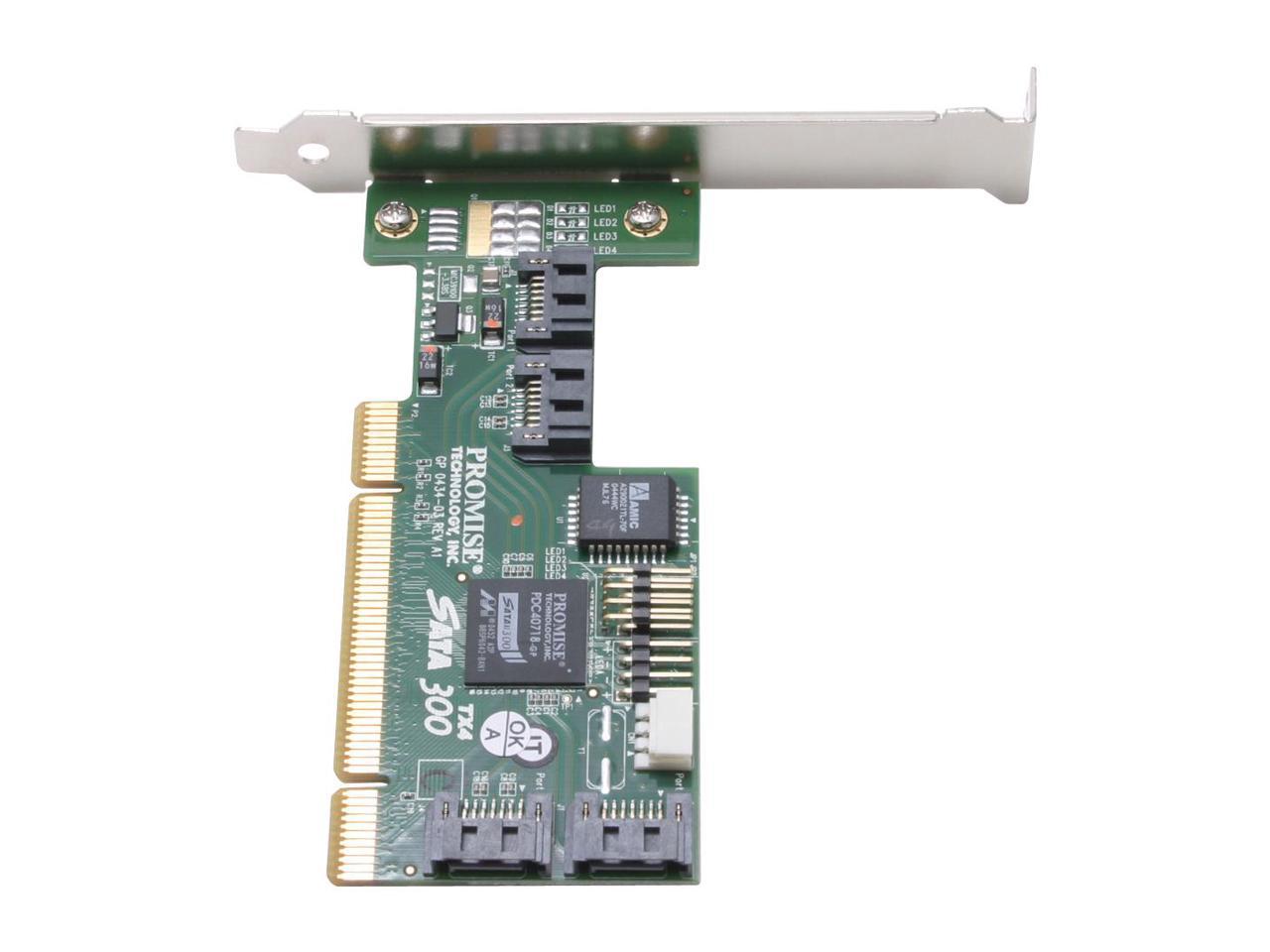 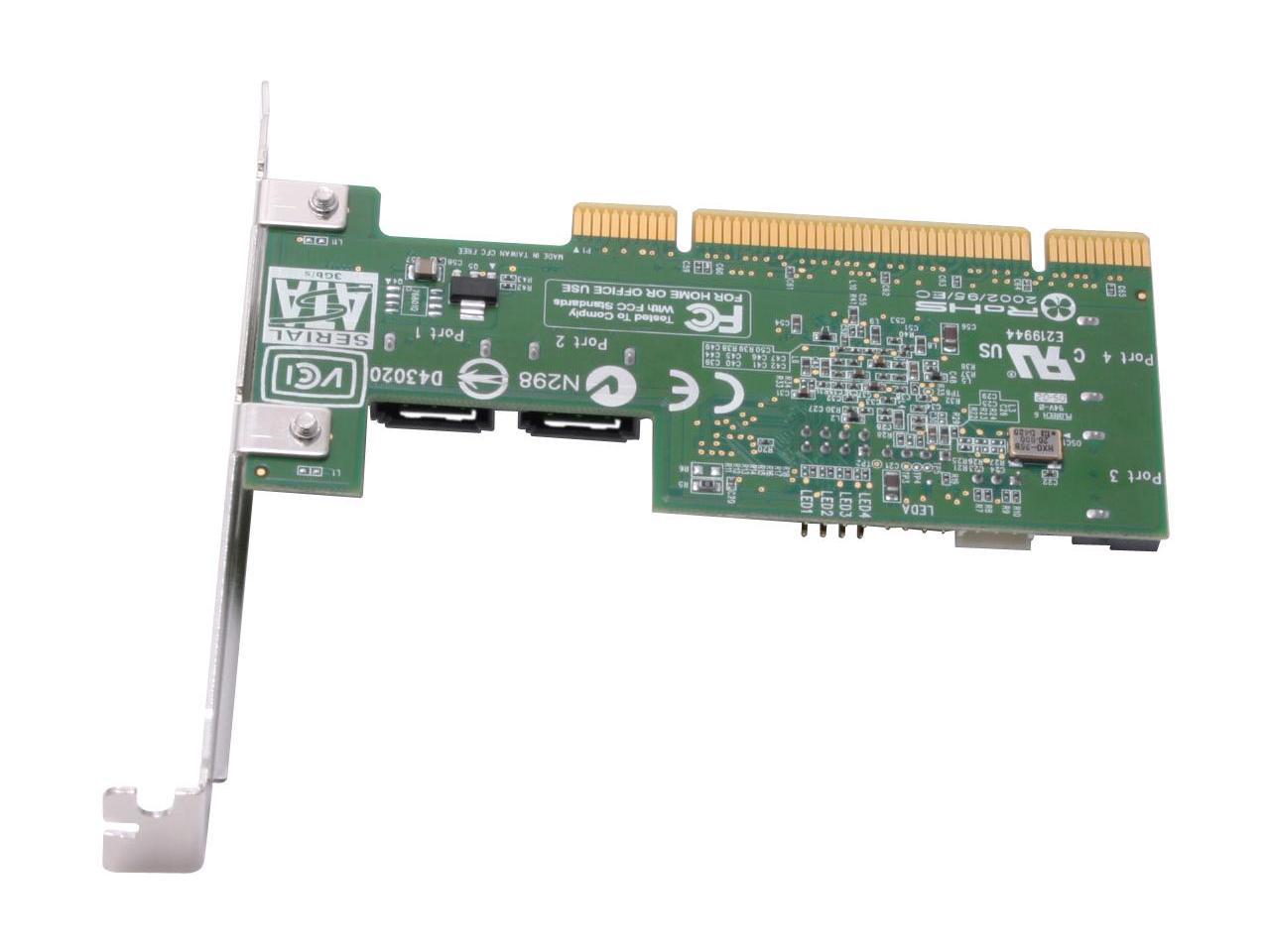 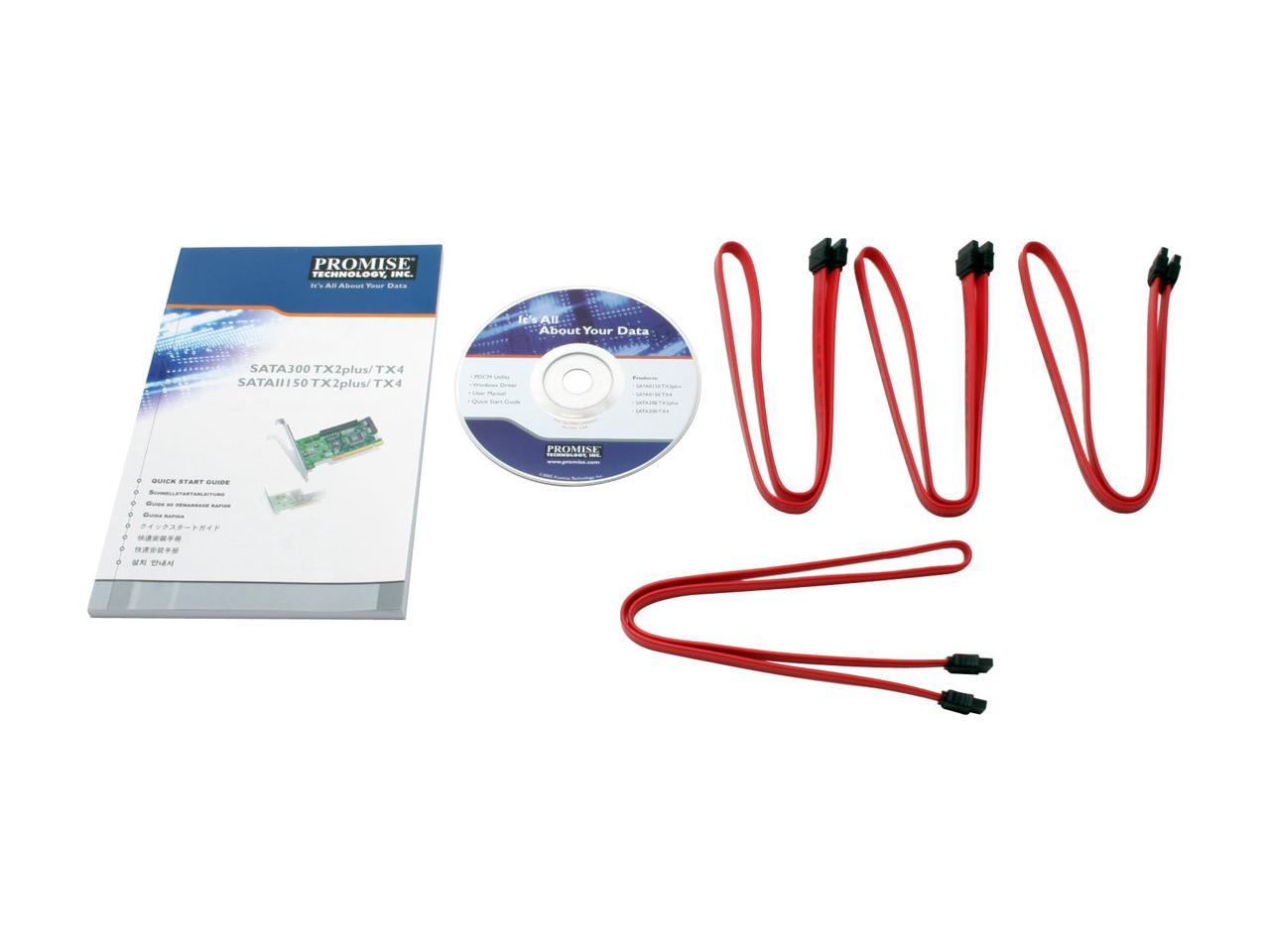 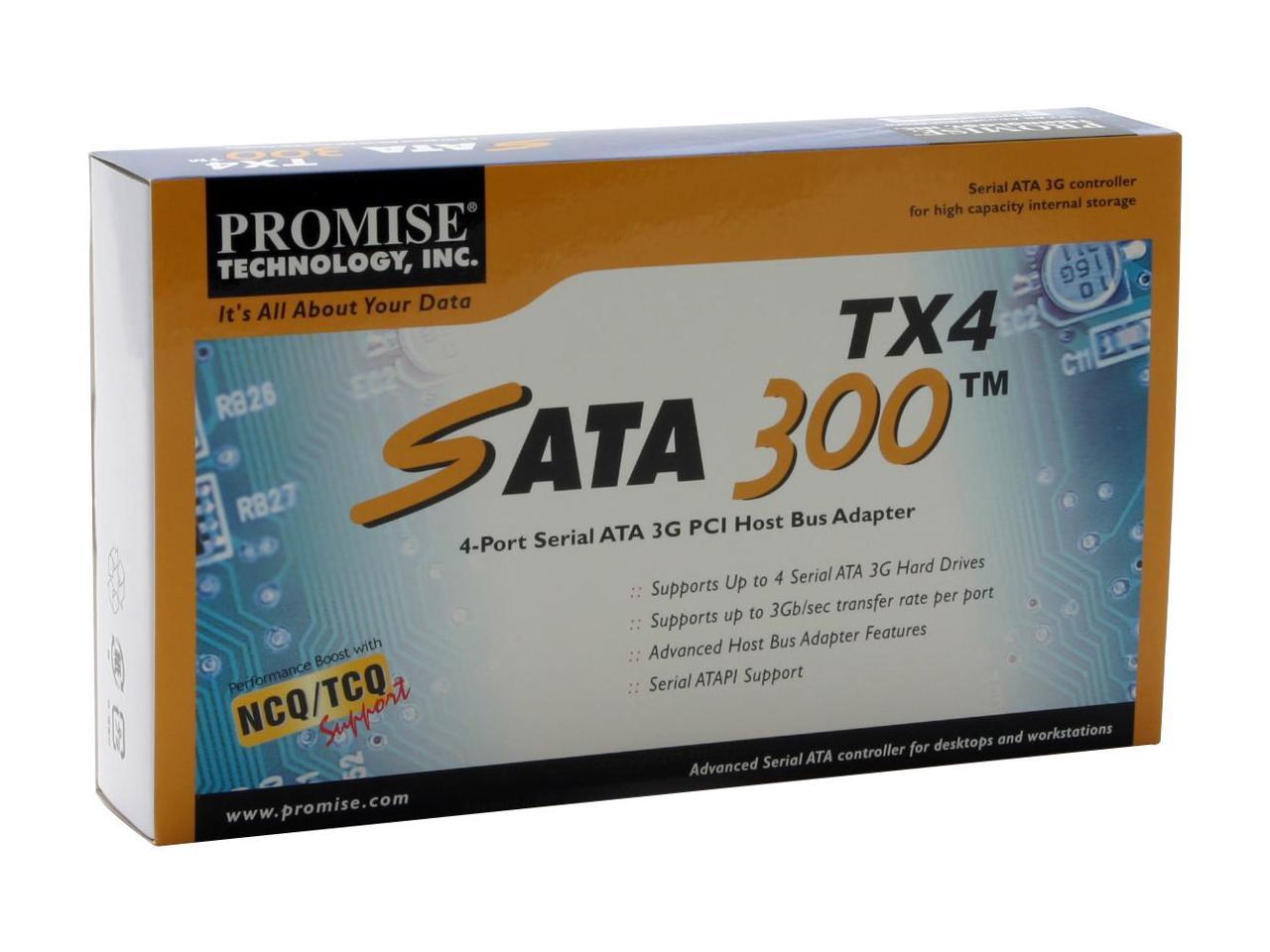 (66) Write a Review
OUT OF STOCK.
Specs
Reviews

Pros: Adds 4 ports with one PCI card that can be low profile if you need it to be; good for old motherboards. Bought this one cause it is supposed to play nice with FreeNAS software raid. Haven't tried that setup yet but did use it in a Win Server 2008 standard setup. Windows drivers make server think the 2tb sata disks are SCSI and don't pass SMART data. Cables/low-profile bracket included.

Overall Review: One of the main buying points is if you are building FreeNAS box from old hardware, FreeNAS forums talk about this being a card that plays nice with FreeNAS.

Pros: Works out of box with 2.6 kernel. Four ports with SATA cables included.

Overall Review: I used this for a home file server I was setting up. I bought it because the mangufacturer supplies linux drivers. I did not use those since the card worked with whatever drivers are packaged with the 2.6 kernel. Plugged it in and it worked.

Pros: I ordered four of these cards for use in a NORCO RPC-4020 case, and they work phenomenally well. I've had issues with other cards where using more than one breaks the motherboard's Option ROM handling; not so with these. It loads a single ROM, which will then detect drives attached to _all_ the cards in the system. Right now I'm using the cards for a RAID6 array across 1TB drives (currently eight, expanding to sixteen soon) under Linux 2.6.30. The drives vary in manufacturer, but all are SATAII, 7200RPM, and have 32MB cache. Rebuilding the array with a new drive gave me 23MB/s throughput, and the system itself (a media server) played a 1080p video file (768kbit/s video, 128kbit/s audio) during the resync with little effect on the resync and no noticeable lag or jitter in the video. The drives show up in the BIOS setup clearly, so you can keep a boot drive hooked up directly to your board and boot from that, or you can boot from any card-attached drive easily.

Cons: My particular Linux distro (Gentoo, using distro-specific kernel sources) liked to swap around the drive order on boot; the result was that the board would load the bootloader from the system drive, as appropriate, but then the kernel it booted would try to mount the root filesystem from the first card-attached drive. Compiling the card driver as a module rather than in-kernel fixed that problem, but it was a bit of a hassle to figure out. The port layout on the cards is a little weird - two of the ports are towards the back, whereas two are on the side of the card close to the faceplate. Make sure your SATA cables are long enough, especially in bigger cases.

Overall Review: I haven't tried any of the onboard RAID functions at all - every RAID array I've set up has been using Linux mdadm. I also haven't performance-tested the cards with all sixteen drives attached, nor have I tested them at all under any variant of Windows.

Pros: I got this card for my linux workstation. I was attaching a 300GB Seagate drive and lite-on DVD-Burner. Once I got the driver issues dealt with (see below), this card has been rock solid.

Cons: When I first got this card only linux kernel 2.6.19 had just come out. I had problems with attaching my SATA Burner. It would make my system unstable. While there is an open-source driver for linux... linux-ata.org didn't say that it didn't support ATAPI devices at the time, only harddisks. Had to wait till 2.6.21 to get ATAPI support stable. If you cannot upgrade to a recent kernel stay away from this card.

Overall Review: If you plan to use this in linux for SATA ATAPI devices (aka optical drives), make sure you are on kernel version >=2.6.21. There was implementation of for ATAPI devices since 2.6.18 /w patch but it was very unstable.

Pros: I bought this so I could easily add some SATA drives to an aging Linux server (running Gentoo). Although it has driver source code support from Promise, a nice perk is that it is natively supported by the newer 2.6 kernels, which is the method I used. After a reboot, both of the WD 500 gig drives I hooked up to it were recognized and usable.

Cons: All I can think of is that it adds about 2 seconds to the boot time when it enumerates the drives attached to it.

Overall Review: It beats buying those PATA controller to SATA drive adapters for almost $20 each and allows you to add 4 more drives overall.

Pros: Works with Win7 64 bit without downloading anything. Perfect for what it does.

Overall Review: No RAID capability but perfect if you want to expand SATA II drives without RAID. I don't think it will support SATA optical drives; at least not the ones I tried.

Pros: Just got it. Seems to work fine

Cons: Just got it. Seems to work fine.

Overall Review: The big deal here is that I successfully installed FreeBSD 8.0 RC3 using this card and a couple new 500GB SATA drives on an old Dual Pentium 3 system. FreeBSD is wonderful, but it can be hard to know what hardware will work with it. So just in case anyone else is curious, it is recognized and boots off the new drives fine.

Overall Review: A new install of Ubuntu found all of the drives hooked up to this controller right away at boot time. You can't ask for better than that. Giving a 4 since I don't know anything else about it yet, but that was the most important factor for me.