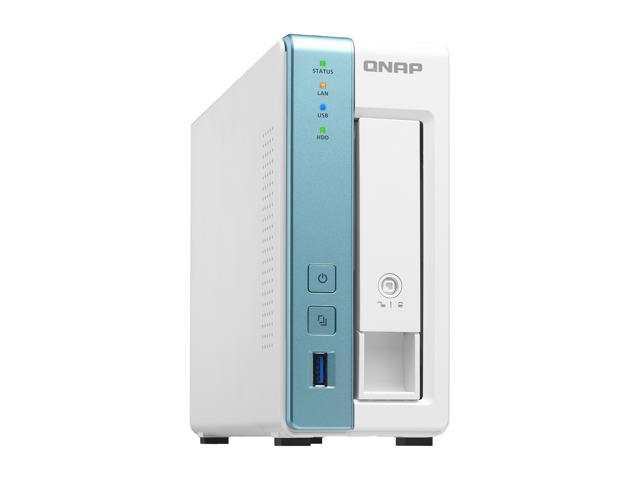 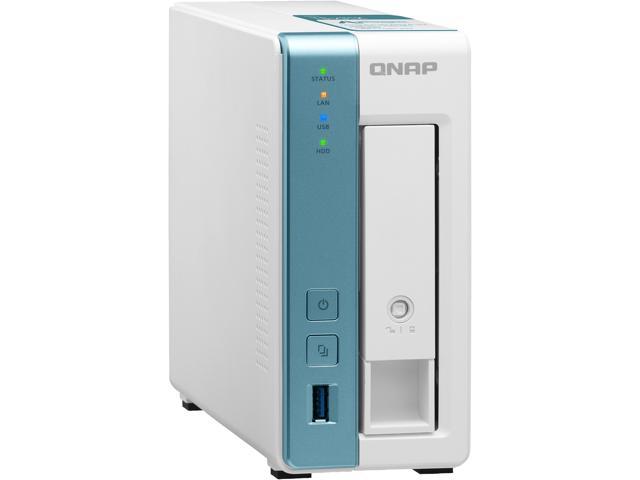 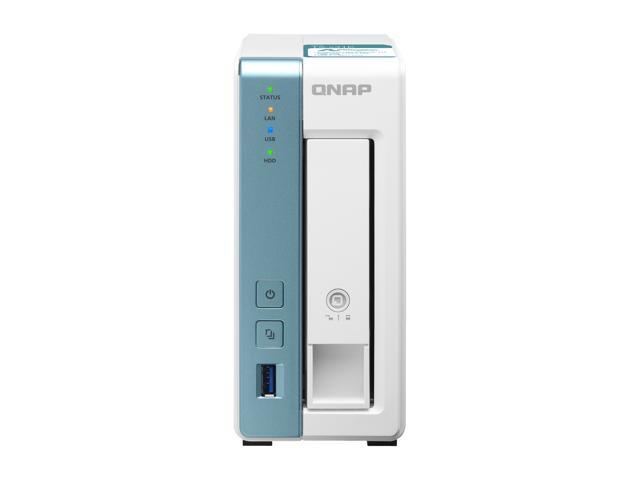 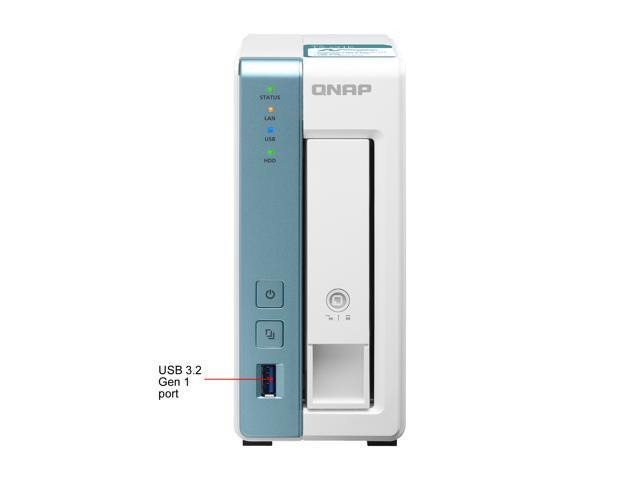 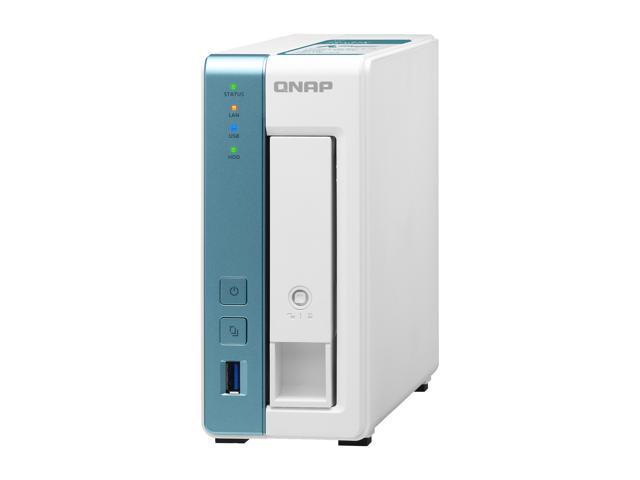 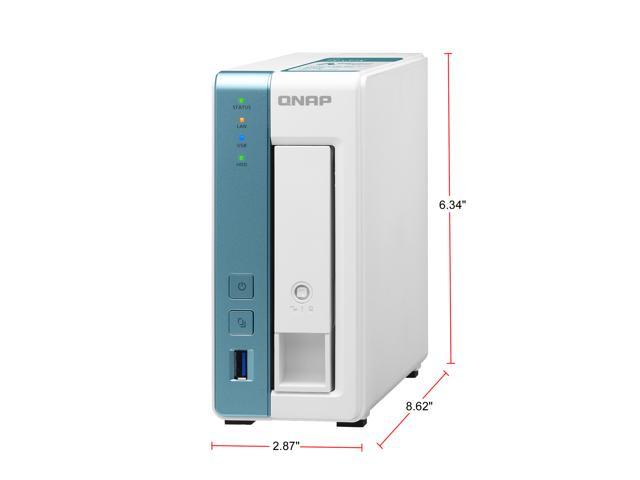 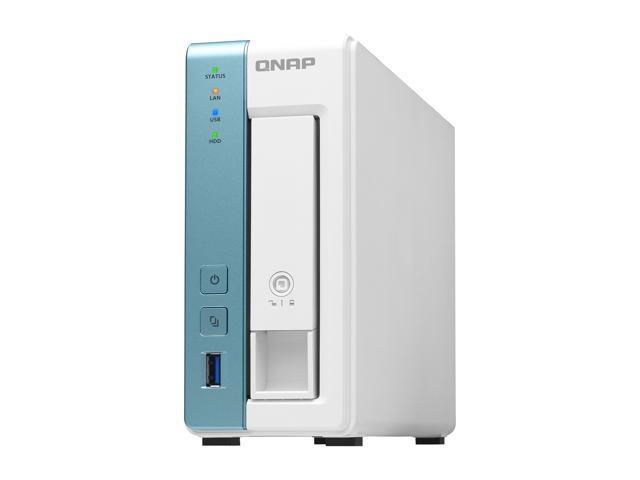 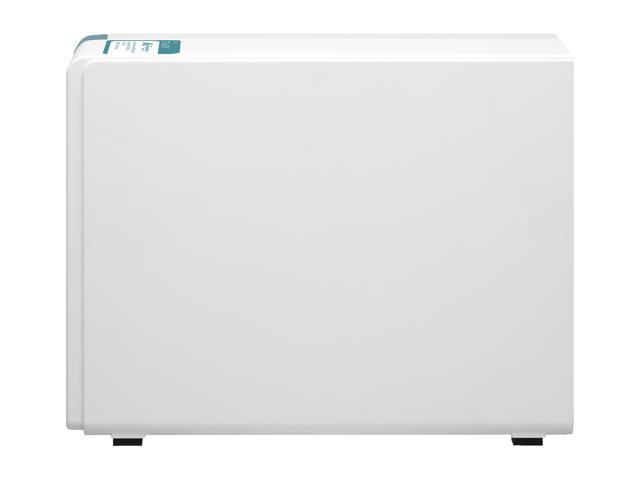 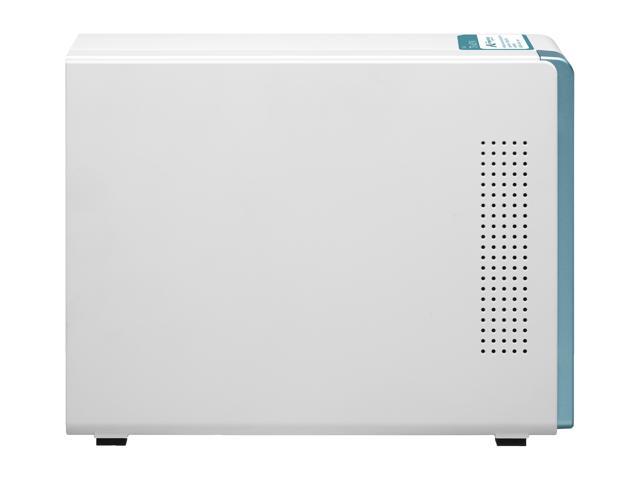 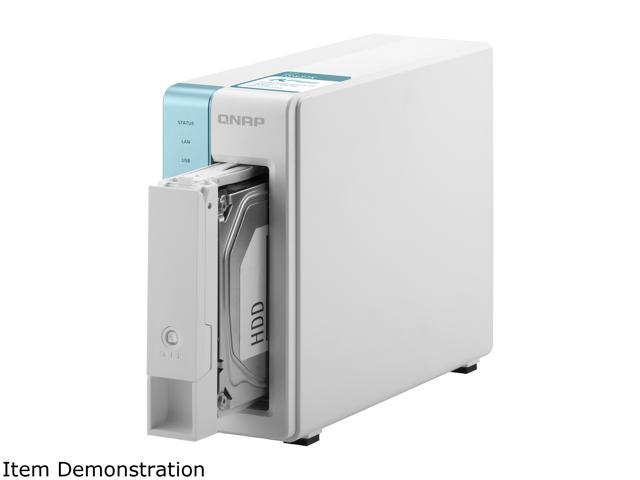 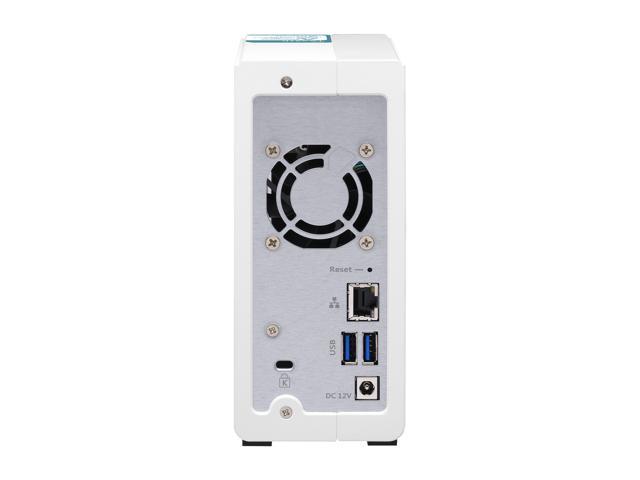 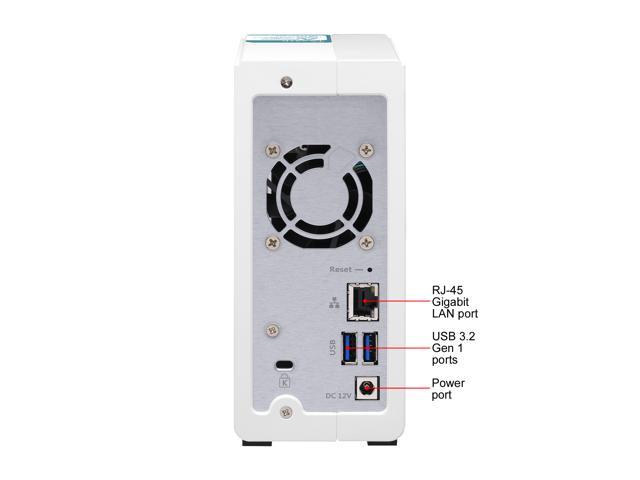 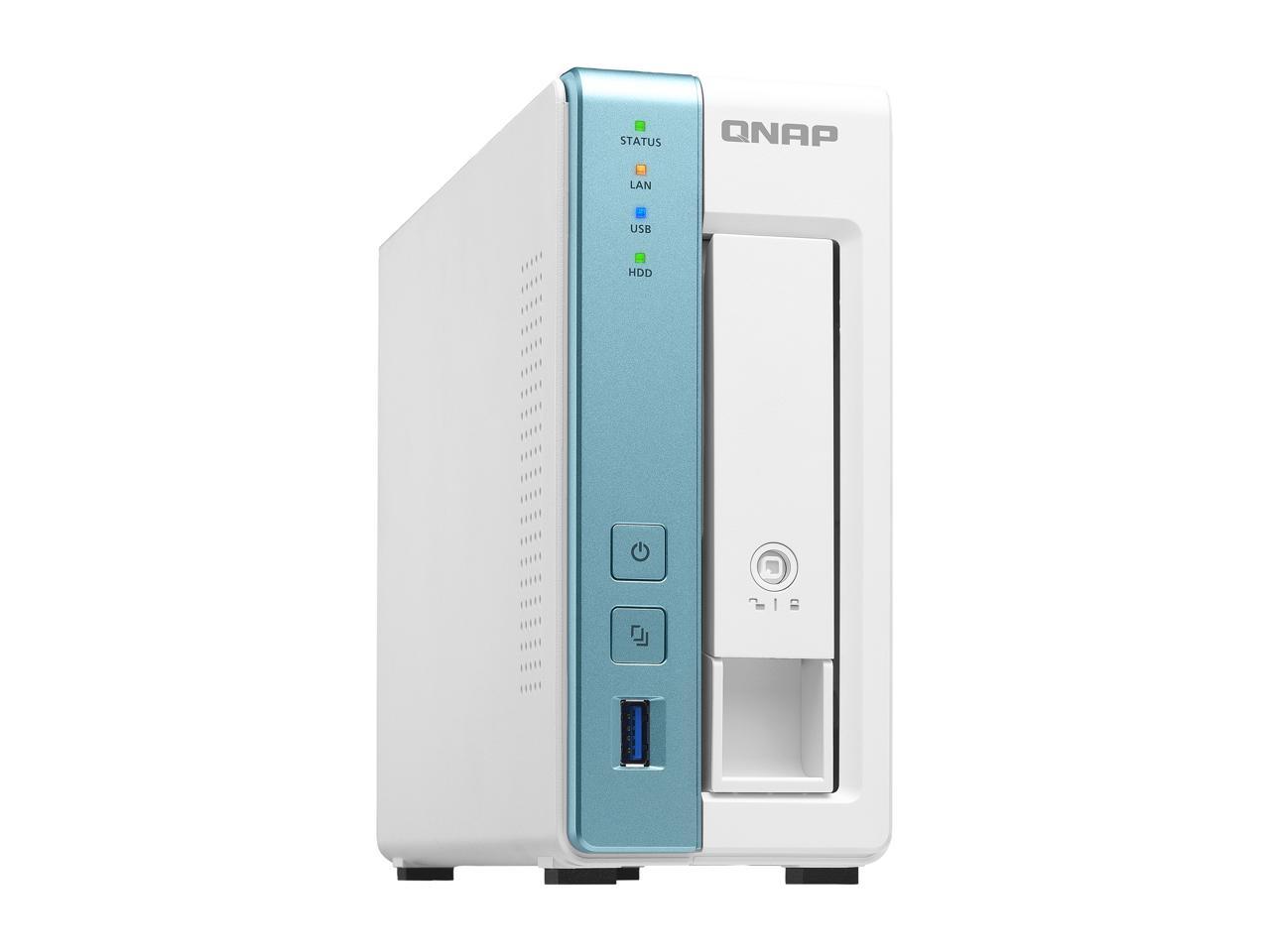 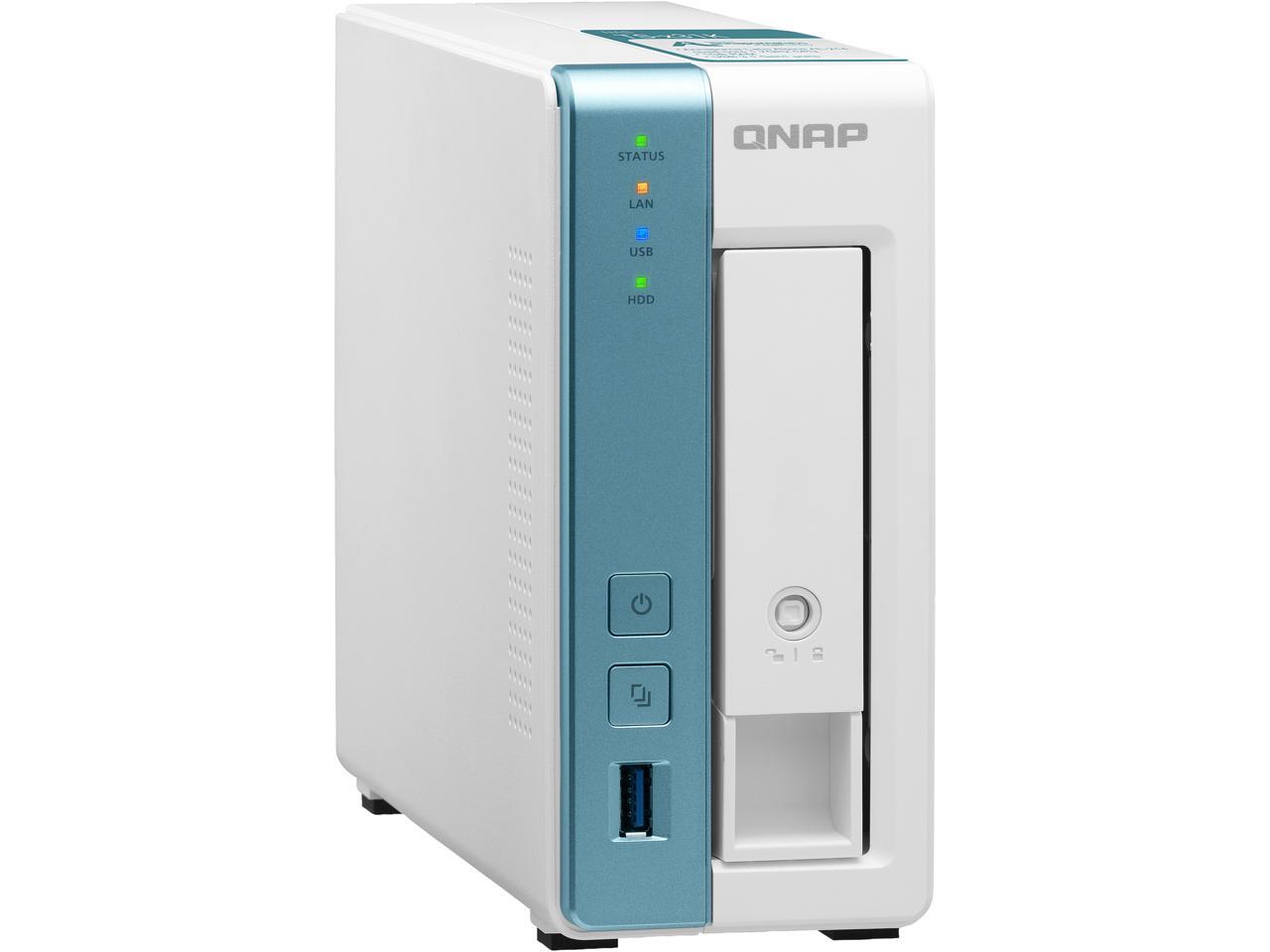 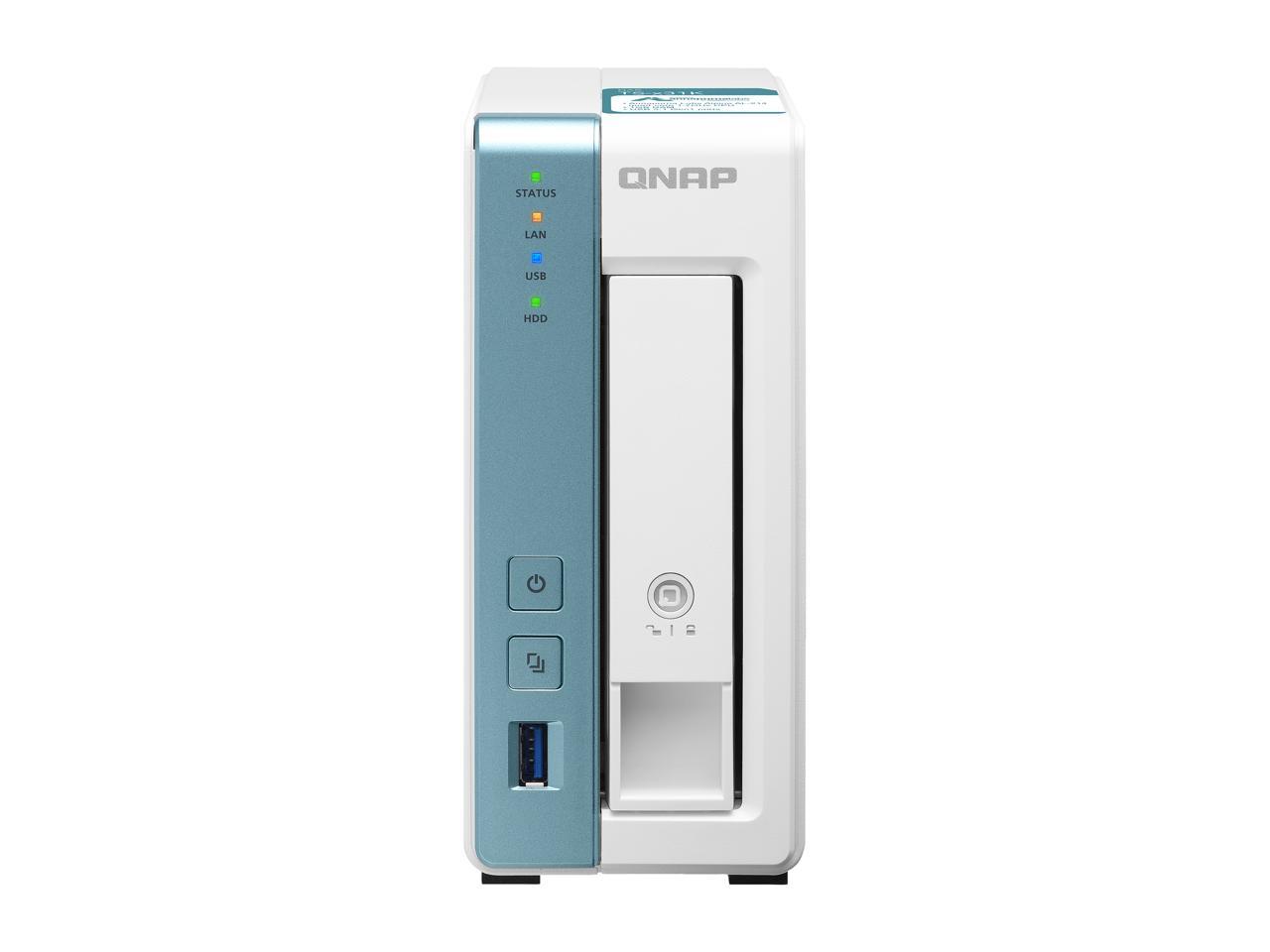 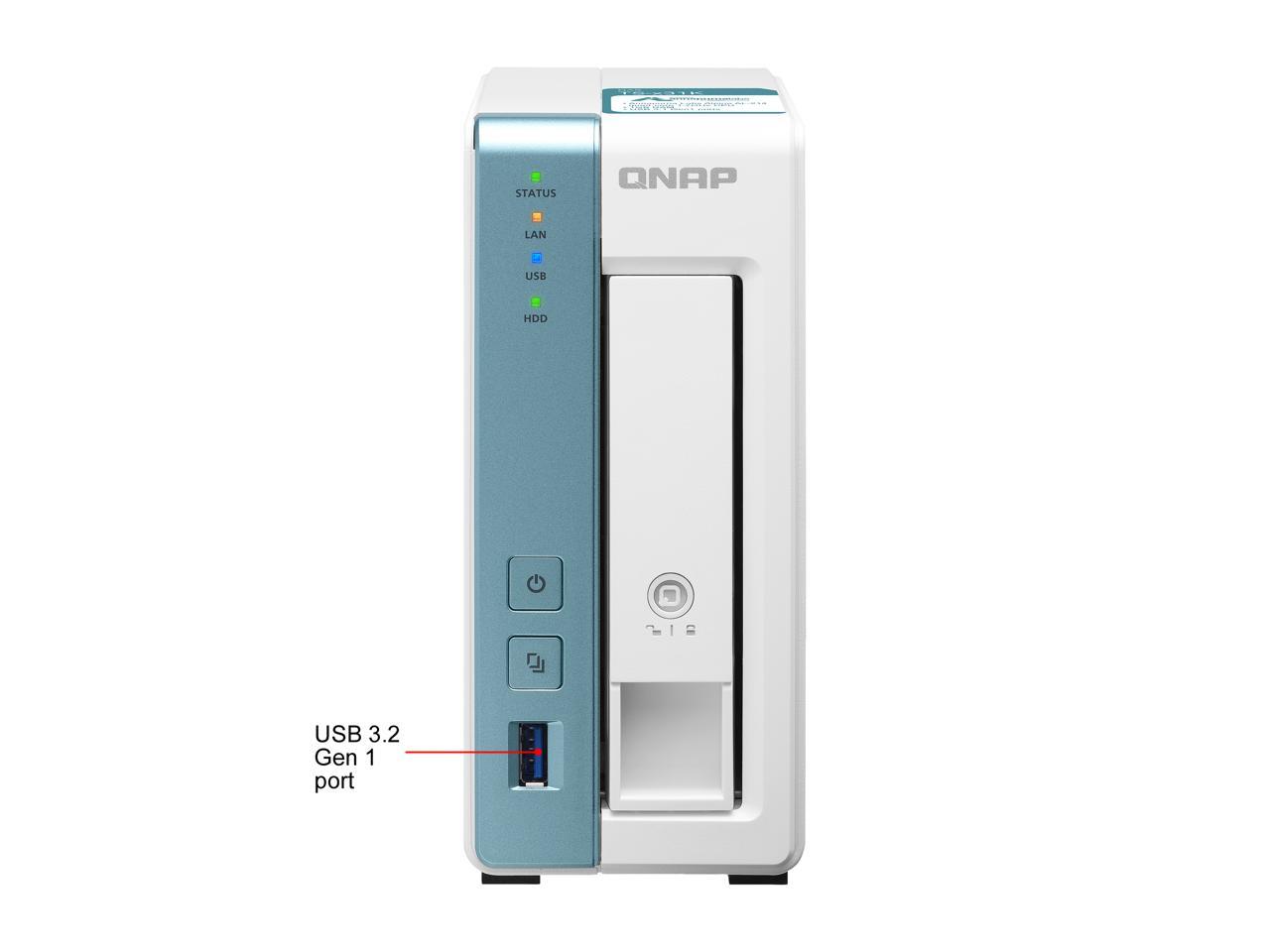 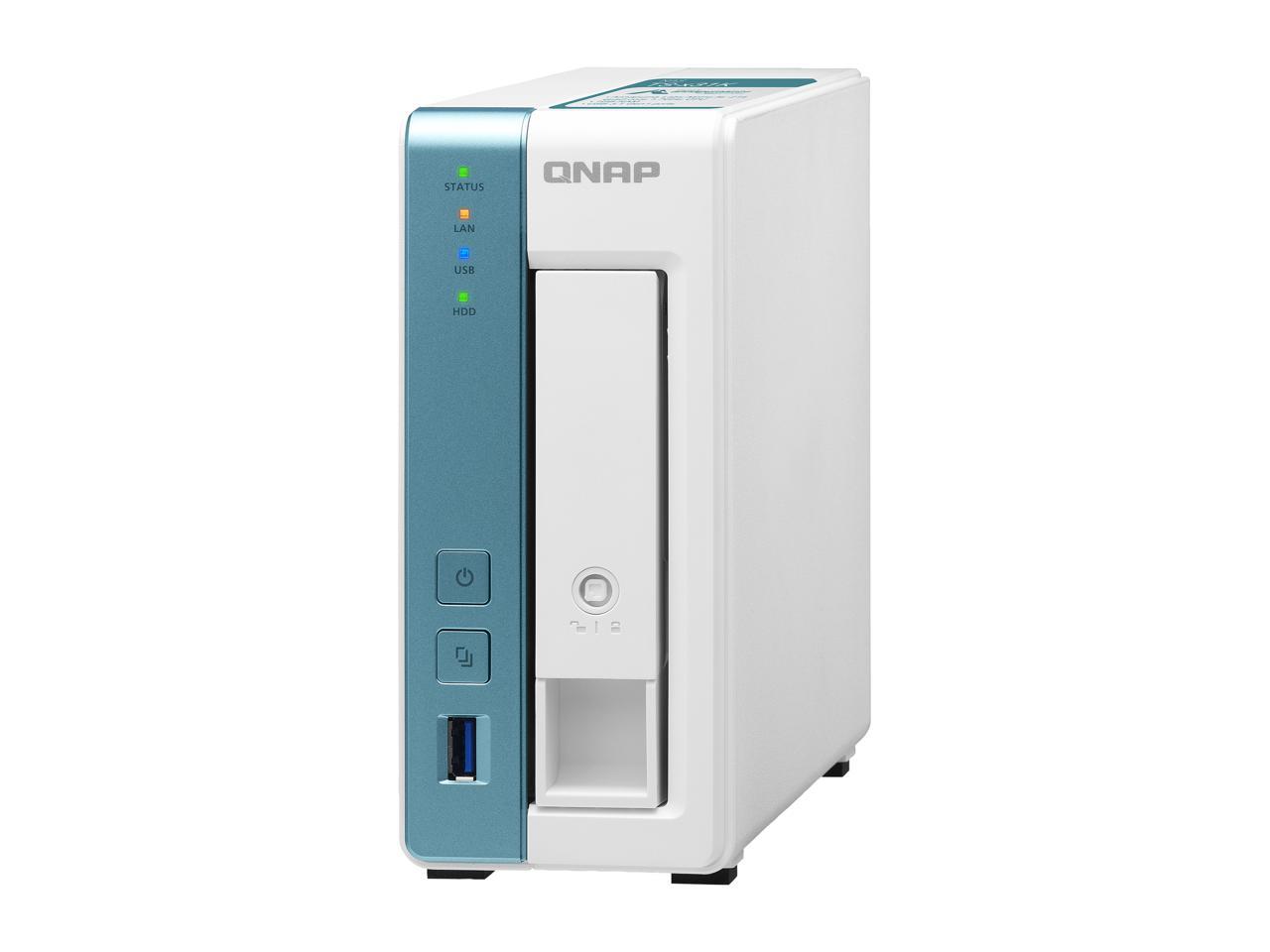 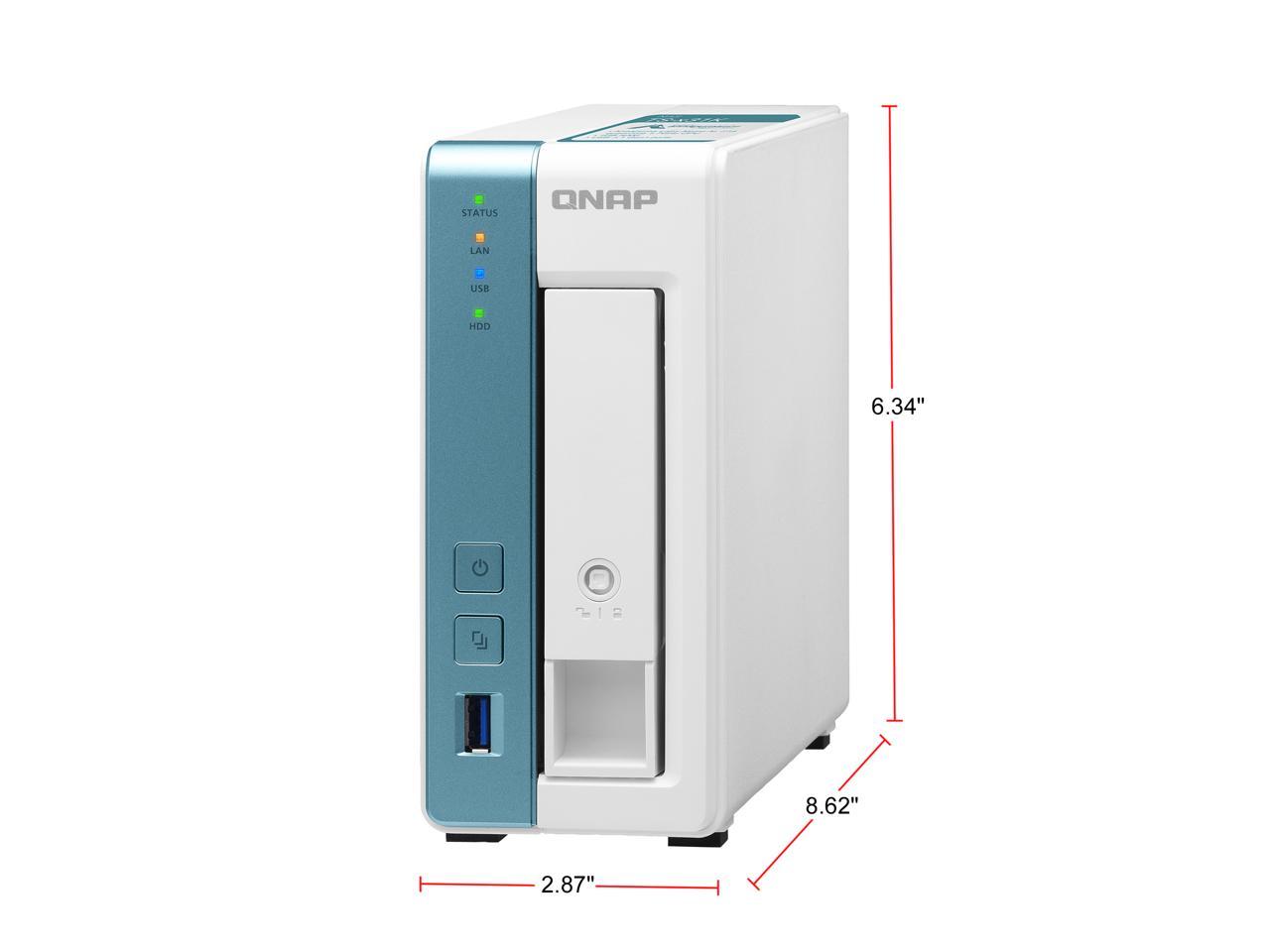 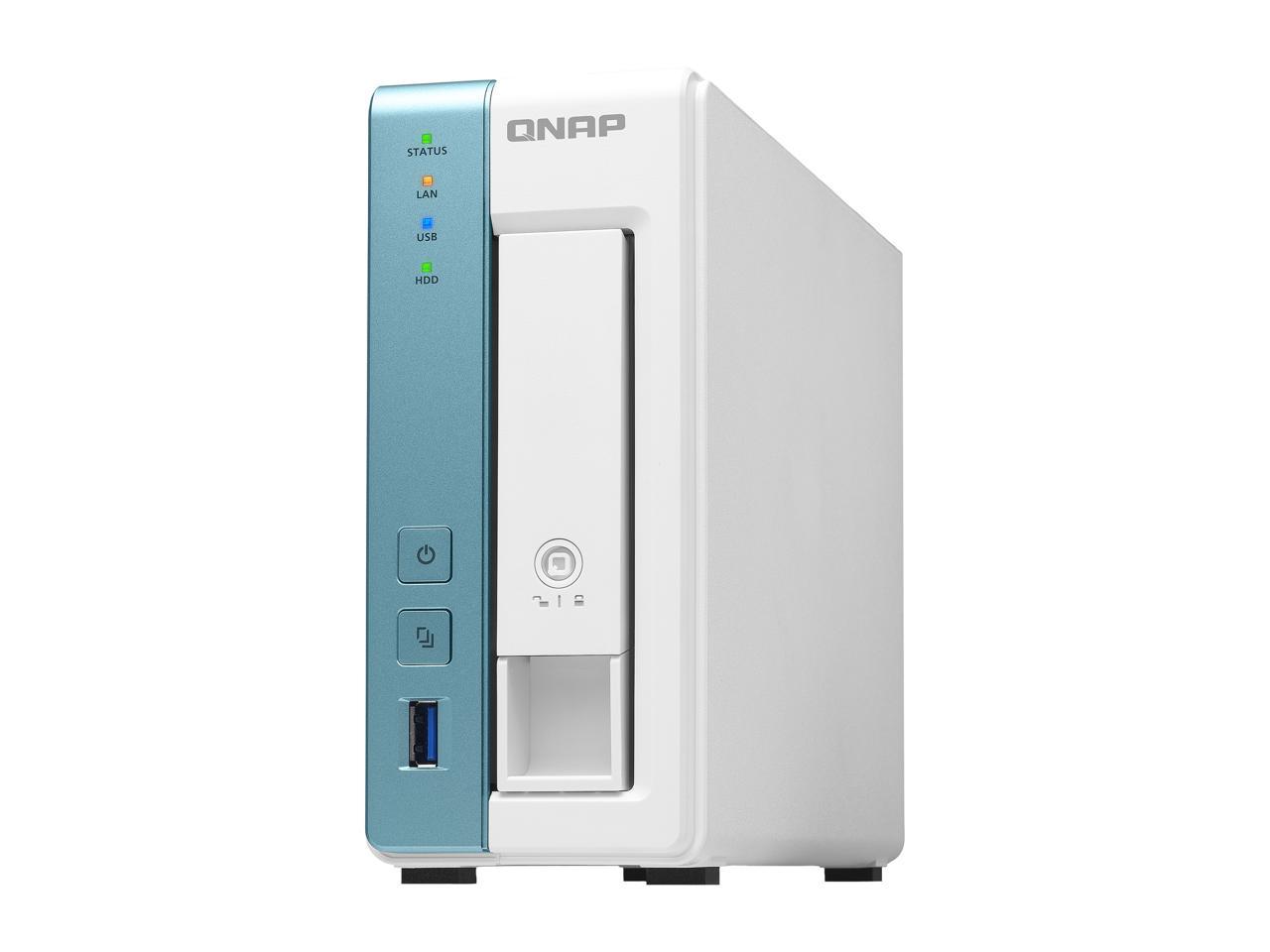 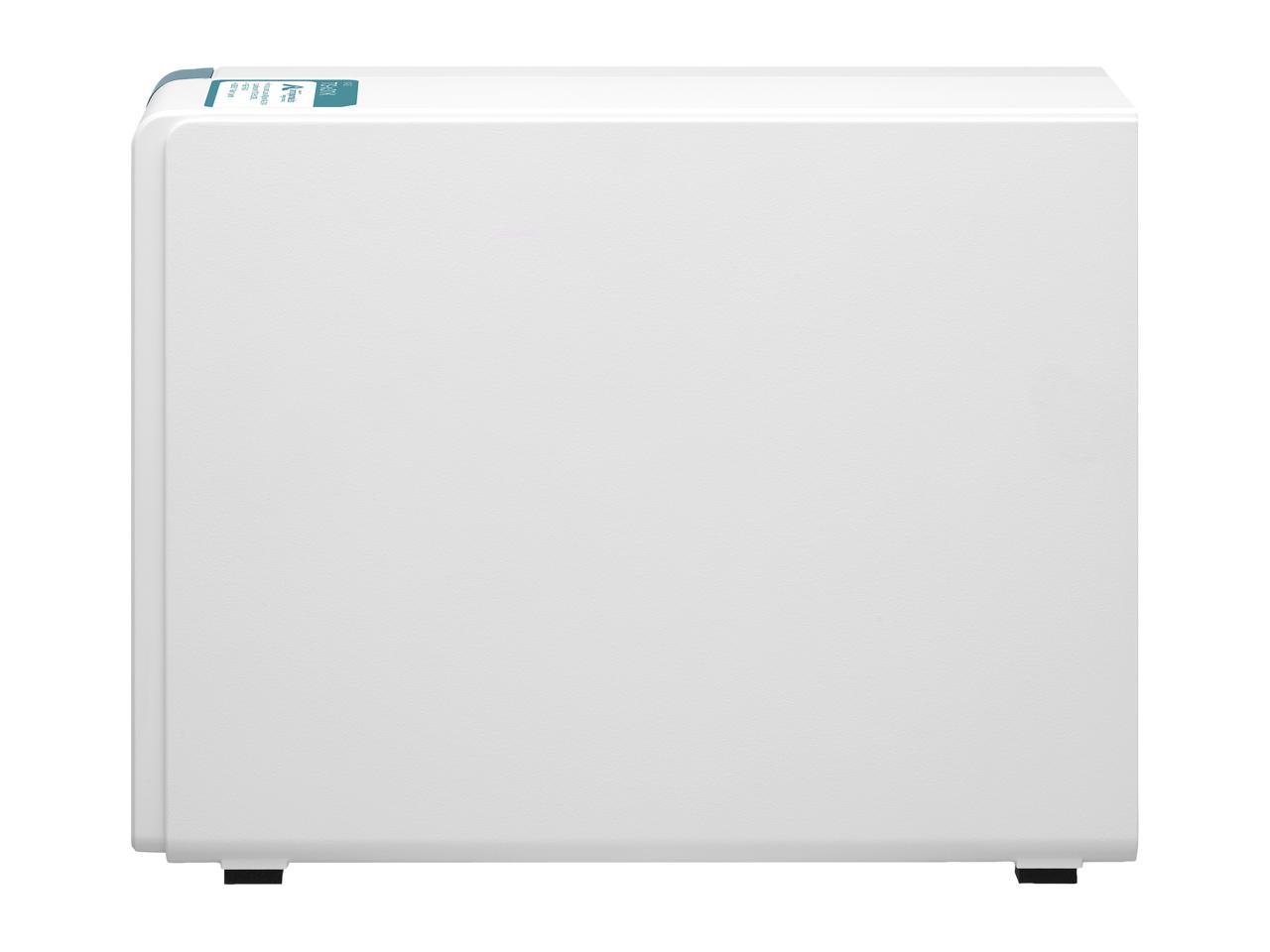 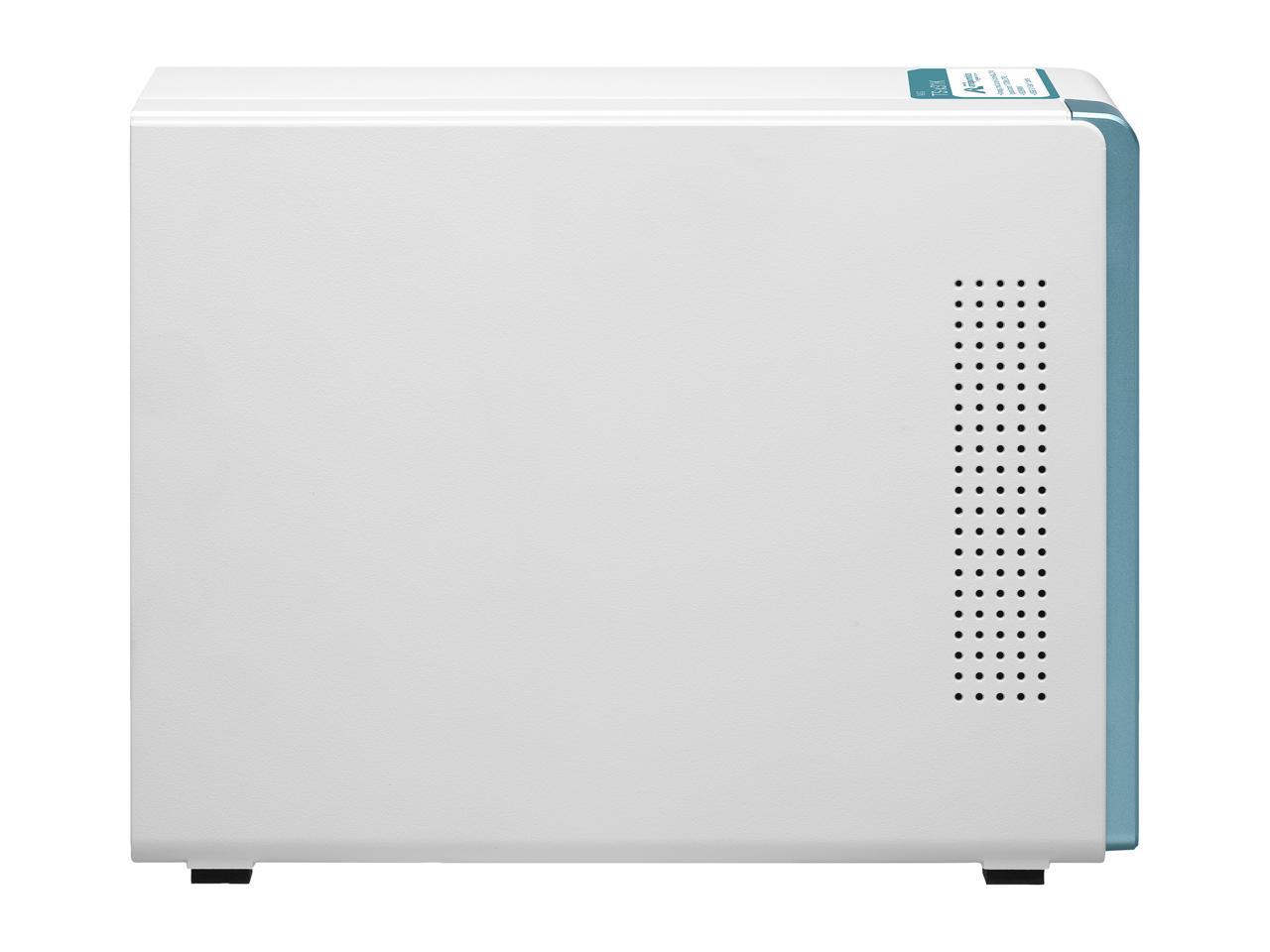 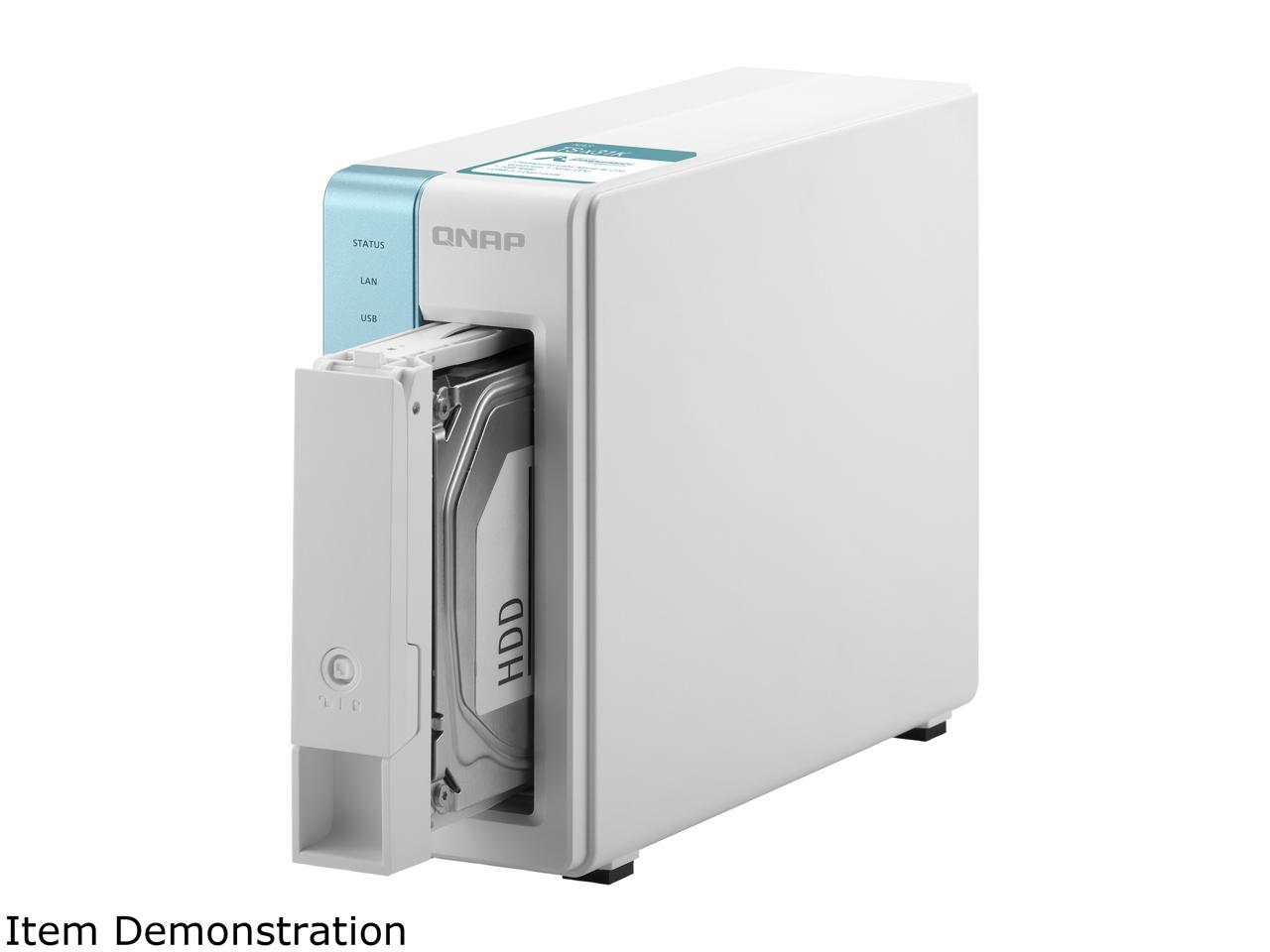 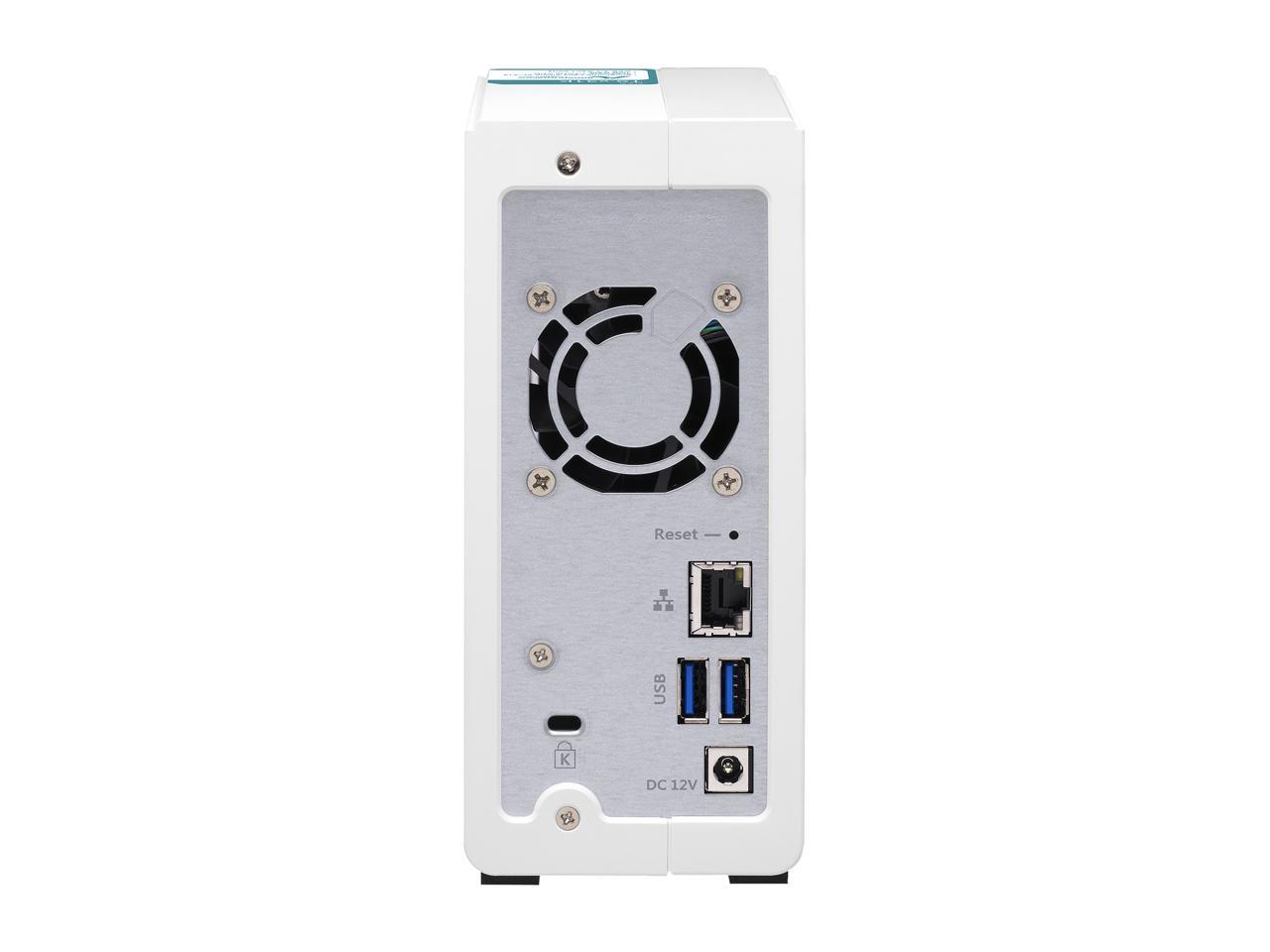 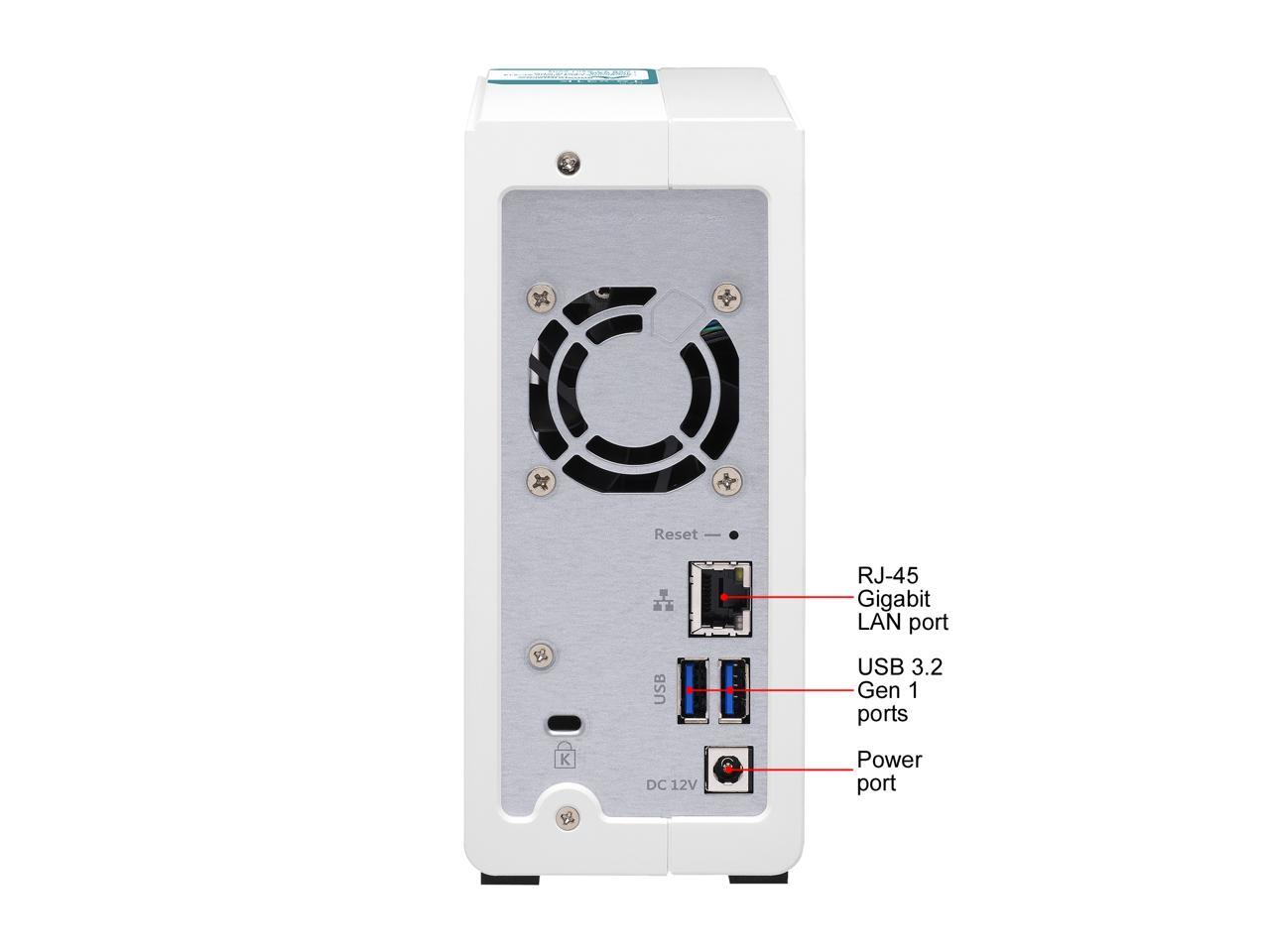 Learn more about the Qnap TS-131K-US

Pros: as simple network storage this does it's job admirably

Cons: the low memory of this particular platform limits the system significantly reducing it's capability to perform any of the more advanced advertised bonuses of the system.

Overall Review: if all you need is place to offload random files on a network share this should do, I wasn't paying enough attention when ordering and didn't see the low RAM item when it popped up as on sale. qnap is more than just their hardware it's also the firmware running on the device and managing this one with such a small amount of memory makes the device a chore to work with for anything more than the basic file operations.

Pros: - Easy to set up and configure - Plex and many other applications available for download - Works great with my Macintosh, Windows, and Linux machines - Supports external USB devices

Cons: - Not significant drawbacks, but you should be aware that this device only has 1 GB of RAM so that will limit the services that you can run on it. As I am just using this to provide basic backup and file sharing its not a limitation for me. - The drive bays are plastic, it would have been nice for them to be metal and more durable.

Overall Review: I'm very happy with this device and is seems like a good fit for the home / small office environment.

Pros: Its has an easy setup and nice ui.

Cons: speed seems normal full gb with one line. the low amount of memory doesn't seem to hurt much unless you use a lot of applications or have a lot of people copying files at one time. *EDIT: it was doing some kind of optimization causing a slowdown possibly due to the hdd size but it seems to have finished and it copies just as good as my old one.

Overall Review: must of been updating or something I don&#39;t know but its much more responsive than my old synology nas. make sure to disable the services you use so they don&#39;t take up memory.

Overall Review: I would not recommend this to anyone and I regret my purchase. This product line is all show, no go. It seems specifically designed to suggest more function than it can deliver, while intentionally preventing you from upgrading the most significant resource: RAM. I assumed a 4 bay NAS in 2020 would have enough power and resources, but I should have read the fine print. Better off going with a Synology 2 Bay + unless you need the 4 bays.

Cons: Needs more RAM, only 1 GB For a non-linux/unix person, learning to share disks between my 2 different NAS boxes was a challenge.

Overall Review: I would recomment this box...

2 out of 3 people found this review helpful. Did you?
Chris T.
Ownership: 1 month to 1 year
Verified Owner
Did not meet manufacturers advertised performance / SUB-STANDARD support5/2/2021 1:55:05 PM

Cons: HORRIBLE support Does not meet with manufacturers advertised performance for speed (see below)

Overall Review: My biggest issue with this product is that the product pushes 200+ MB/sec transfer rates. Sadly, I missed the fact that I had to purchase an optional 2.5/5gb USB dongle for the NAS. I thought it was getting 2gb over LACP/LAG paired 1gb connections. Dont get me wrong, the built in interfaces work fine at 1gb, but when you buy the additional QNA-UC5G1T for the NAS, as well as a 2.5gb/10gb QNAP switch, AND another QNA-UC5G1T for my PC.... all I get is my QNAP locking up the QNA-UC5G1T network adapter in the middle of file transactions. The only way to recover is to reboot the NAS. The adapter will suddenly go from working to just a rythmic on/off flashing state and no longer will respond to ICMP/ping. If you set the internal ports on the NAS to another address for fail over management, you can log into the NAS and see that the QNA-UC5G1Tadapter has gone disconnected. You can unplug, and replug but the only way to get it to work again is reboot the NAS. I have a support ticket with QNAP open for over EIGHT weeks now and they want me to RMA both the NAS and the adapter. I am confident this is an adapter only problem, but what am I do to? I am an enterprise QNAP customer as well with a QNAP device with over 32TB presented to vShpere hosts with dual linked 10gb iSCSI and it has been rock solid for years. I guess you really get what you pay for, I wanted a small economical NAS for home that I can also remote replicate to my QNAP in the data center, and all I got was a FARSE with NO support. If QNAP cannot address my issues with their product failure, I will be forced to sell this to someone else where 115MB/sec single gig is fast enough and move vendors to Synology. Just my experience and $0.02.

Overall Review: Switched from another non-QNAP NAS because this one is easier to use and provides much more useful information, in my experience.

Pros: - Easy to use, quiet, and doesn't take up much space. - Looks like it has hot swap capability. - The GUI is easy enough to figure out. My previous set up was a Linux server running SMB and controlled via Terminal from my iMac so it took some getting used to. - Front mount USB - Able to connect other extendable units to this device via USB on the back (untested by me).

Cons: - It's a slower CPU with not exactly much RAM. If you were using this to also do a web server or CRM software that can be installed, you could start having issues. - Can take an extended amount of time to power down. Looks to be caused by this Hybrid Backup system that seems to take 9-12 minute to shutdown. Very annoying. - Found it annoying that I had to copy off data from existing HDDs; putting in a drive will require it to be reformatted. Luckily for me, the front USB port is USB3 so my dock was useful there. Had to juggle things between drives but too a good four or five hours to do. - If you're using ExFAT drives, you have to by a license before you can use the drive(s). The license is cheap and perpetual.

Overall Review: My overall system only has two computers, a couple tables, a set top box and a phone. The two computers (an iMac and a PC) share data files for my CAD, 3D mesh and texture work. It's nice having mapped drives on both machines that are connected to a third device to provide some backup protection. The only other service it runs is Plex to service the set top box and the tablets, but even that demand is pretty light. I knew going in about the non upgradability of the device but the price was right.