Purchases from these Sellers are generally covered under our Newegg Marketplace Guarantee.
813 Ratings (91% Positive)
Sold and shipped by: 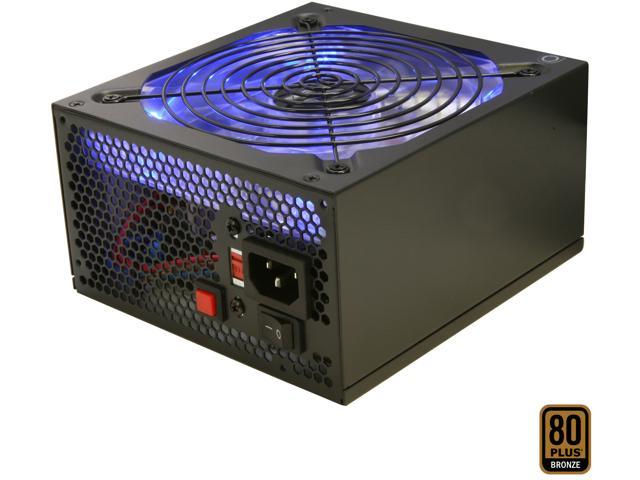 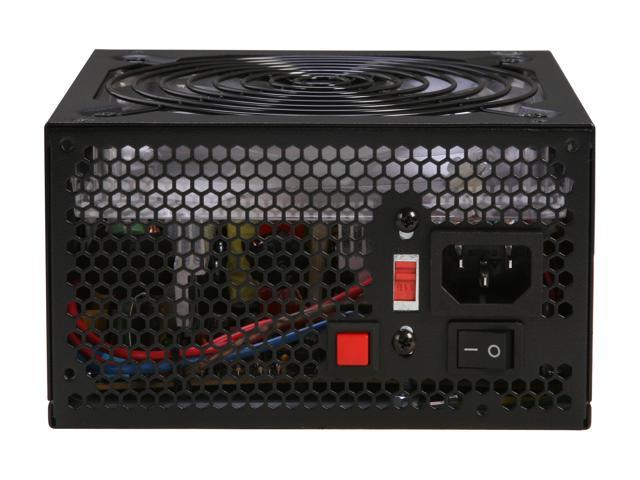 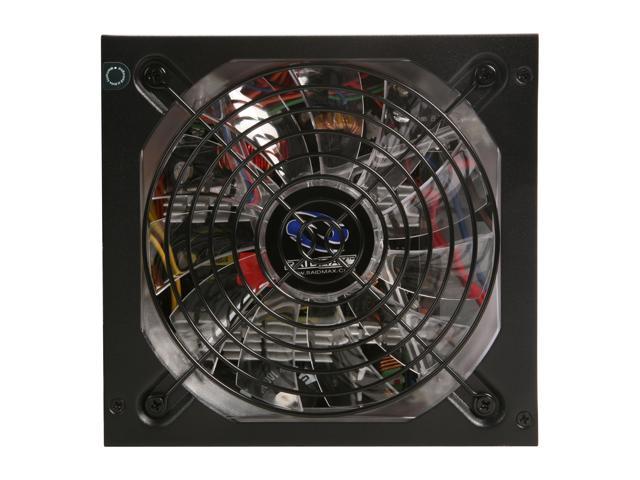 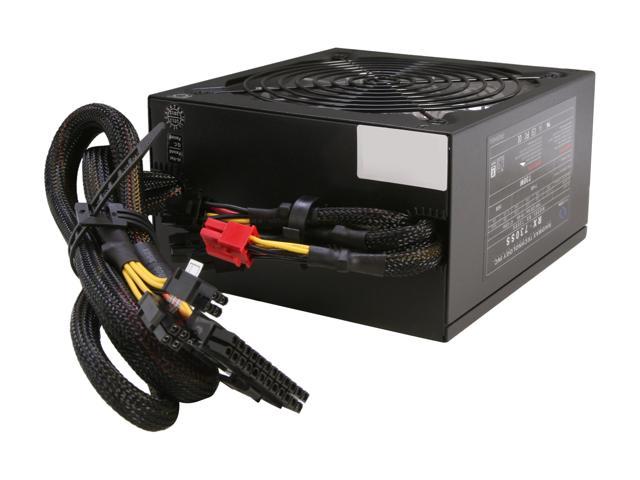 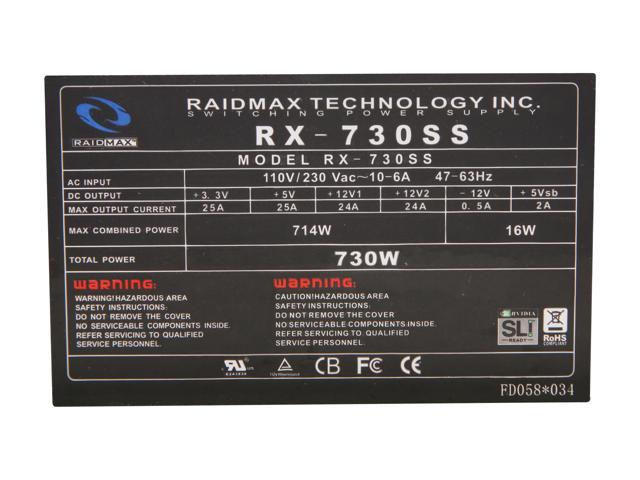 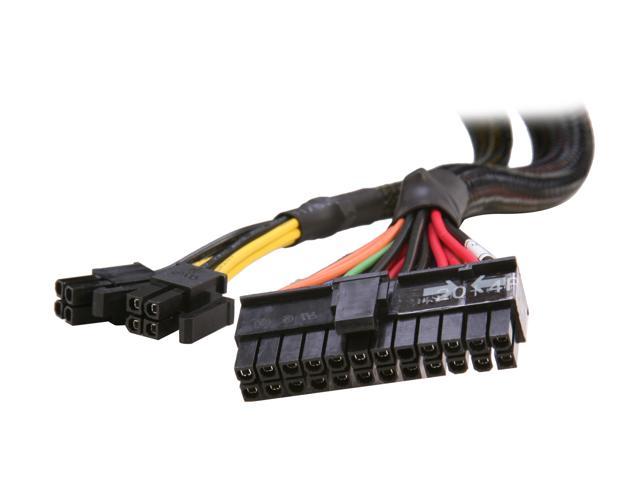 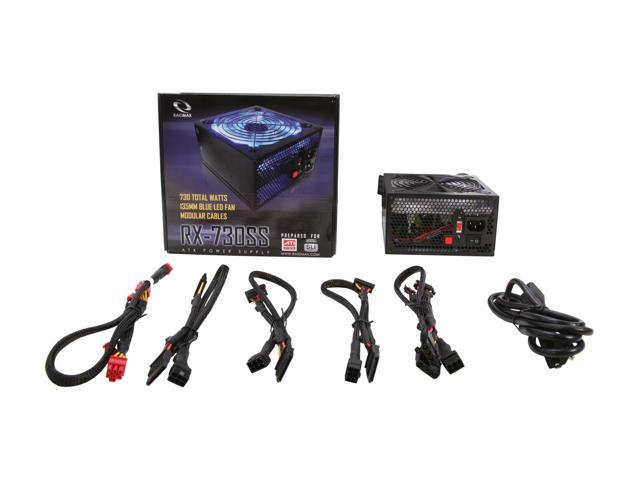 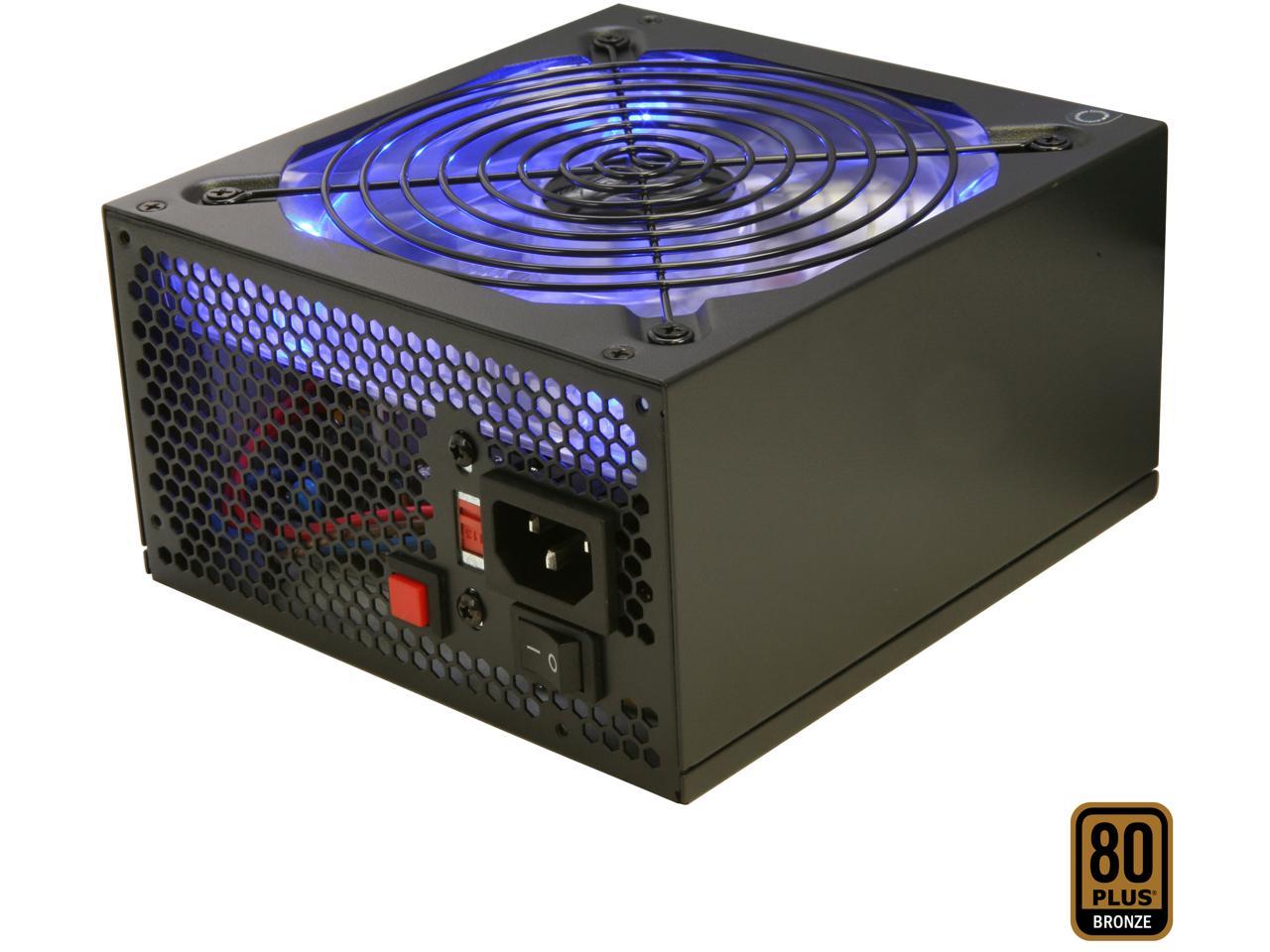 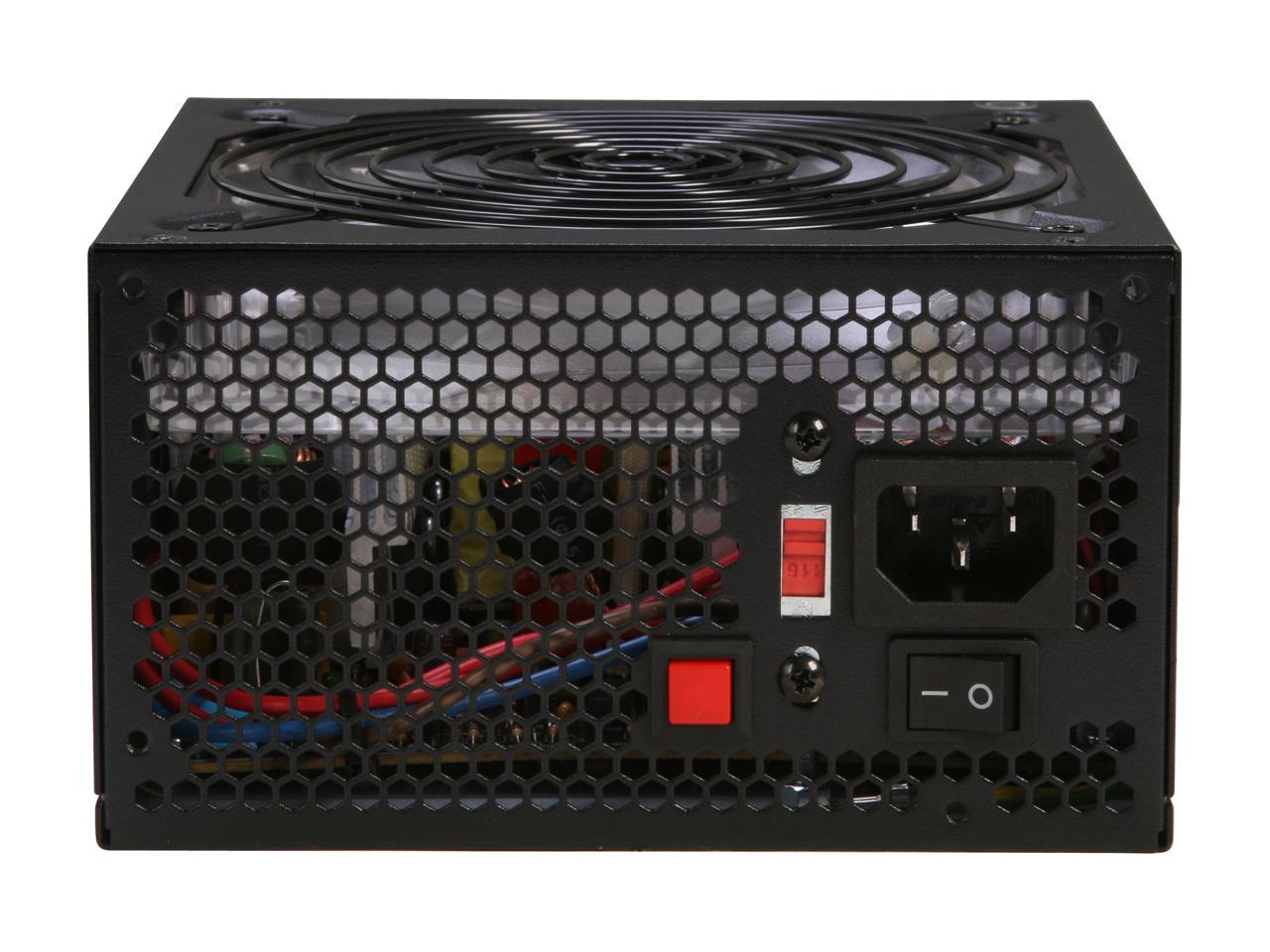 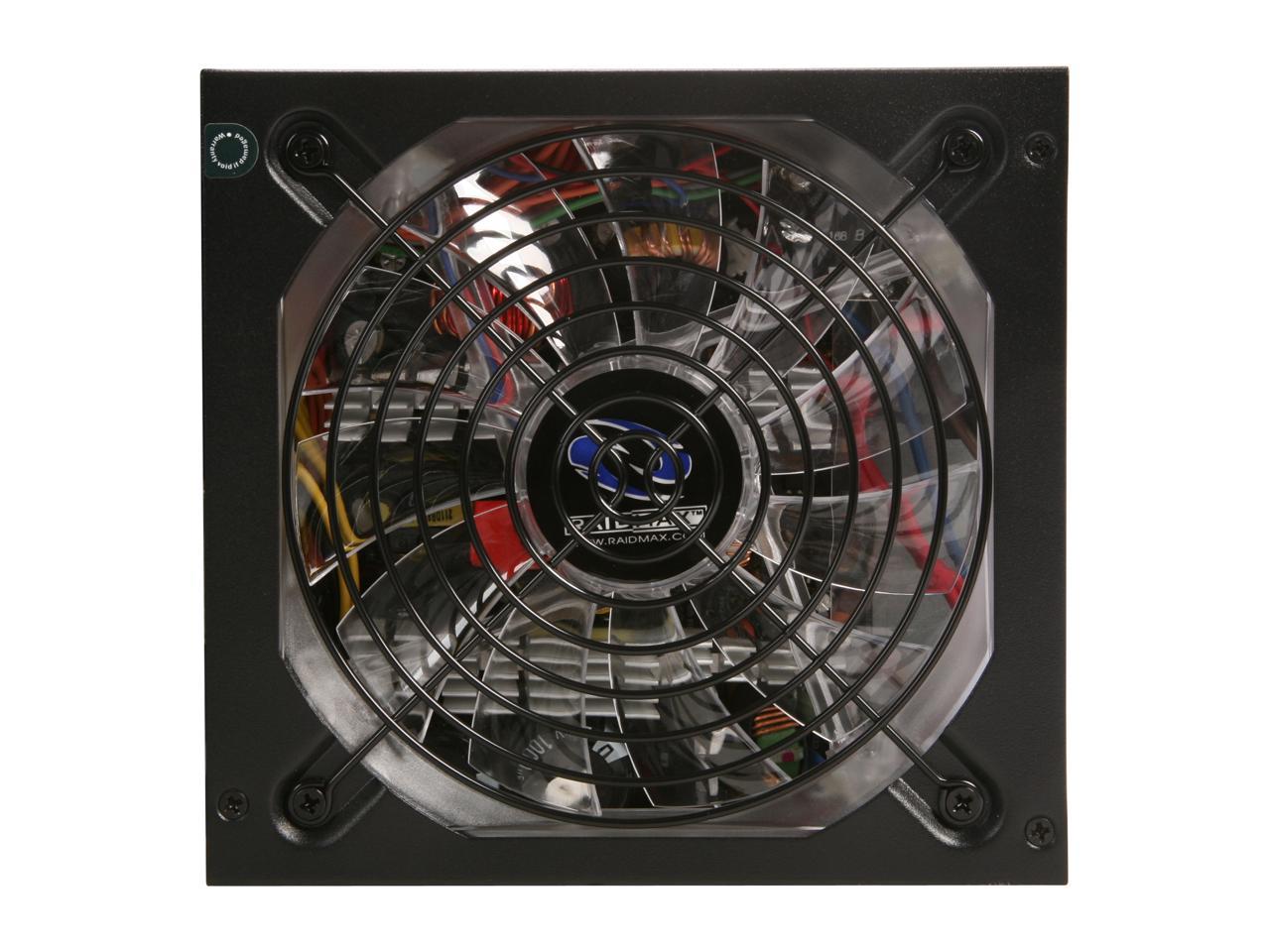 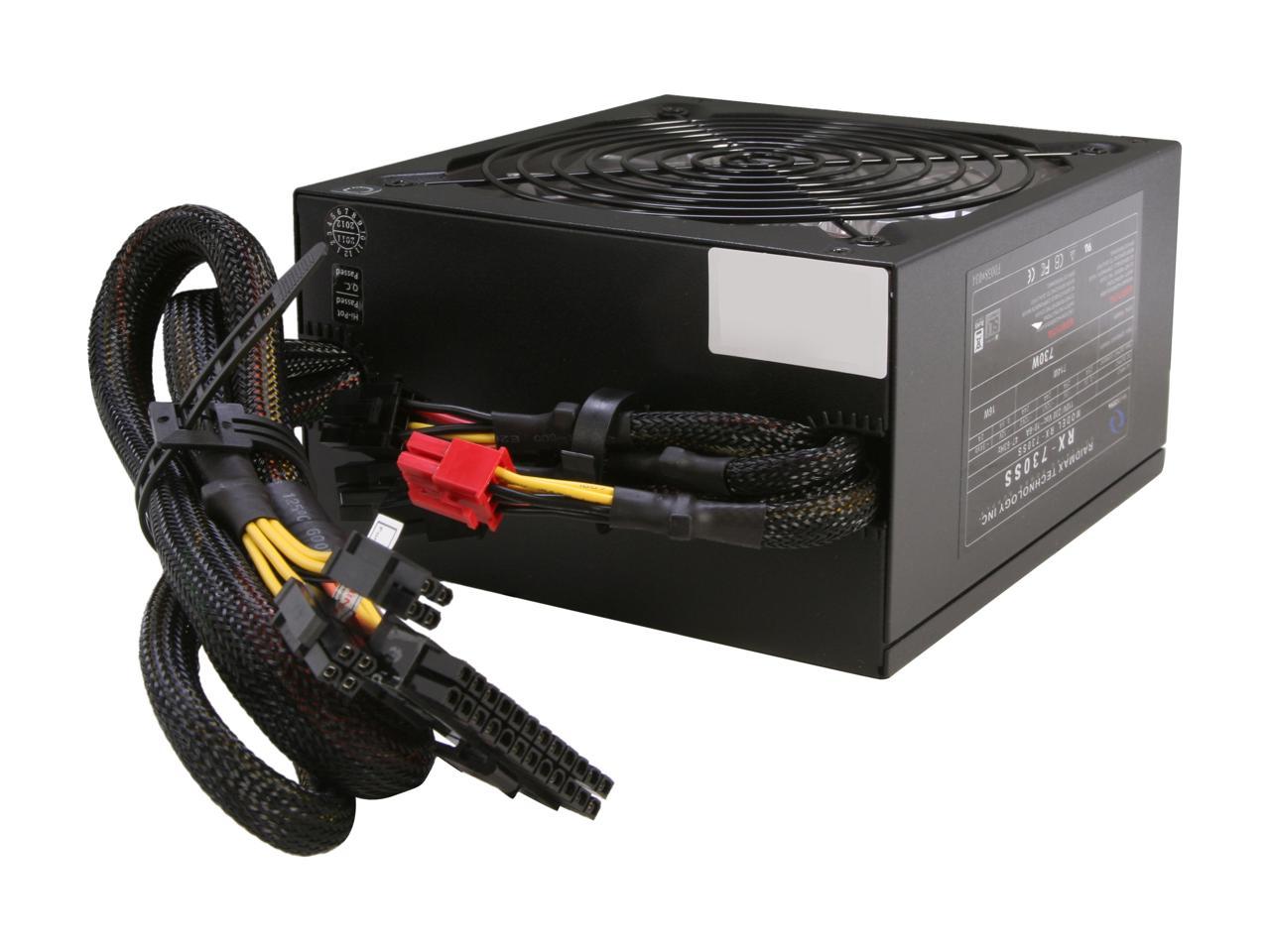 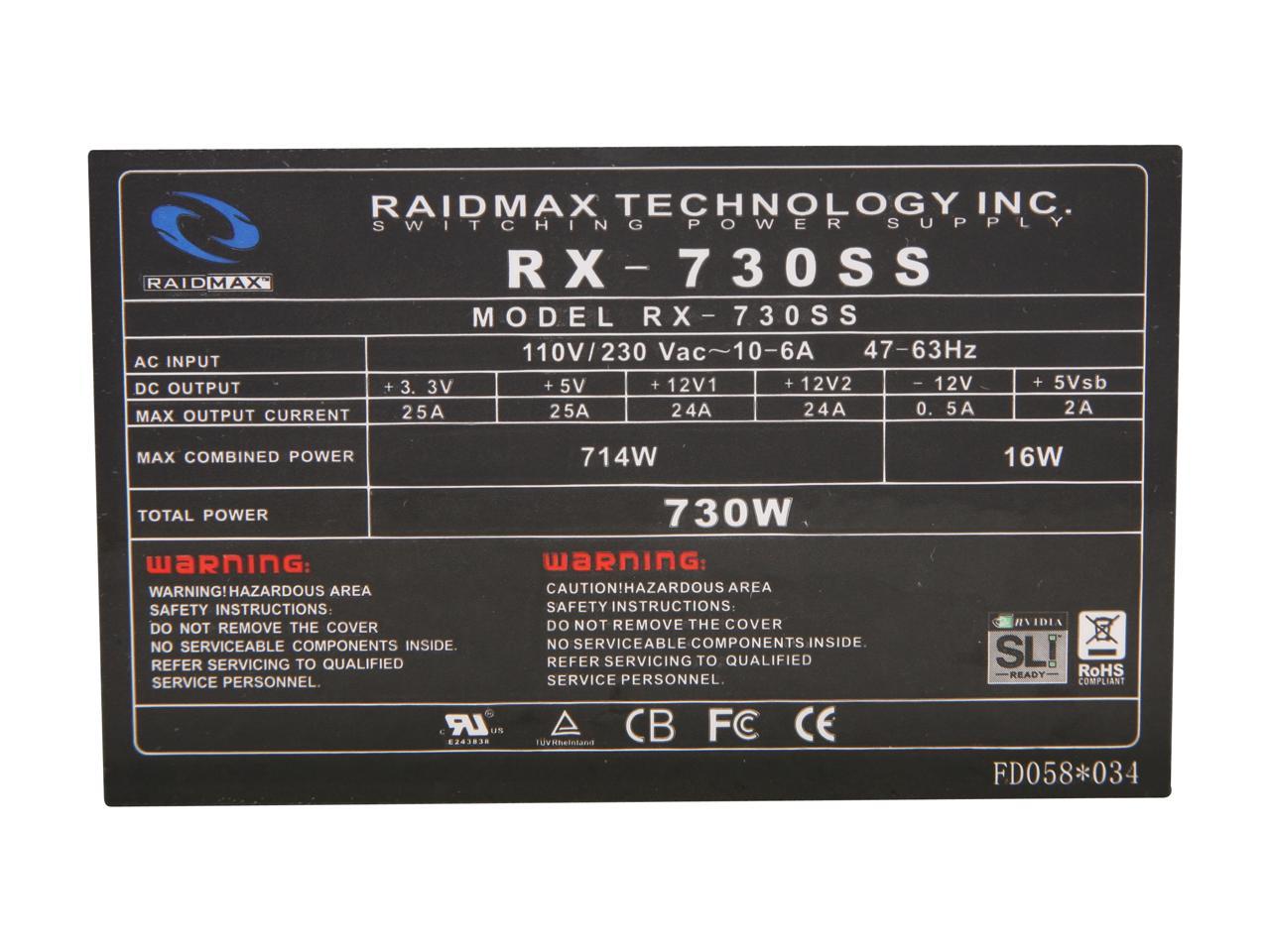 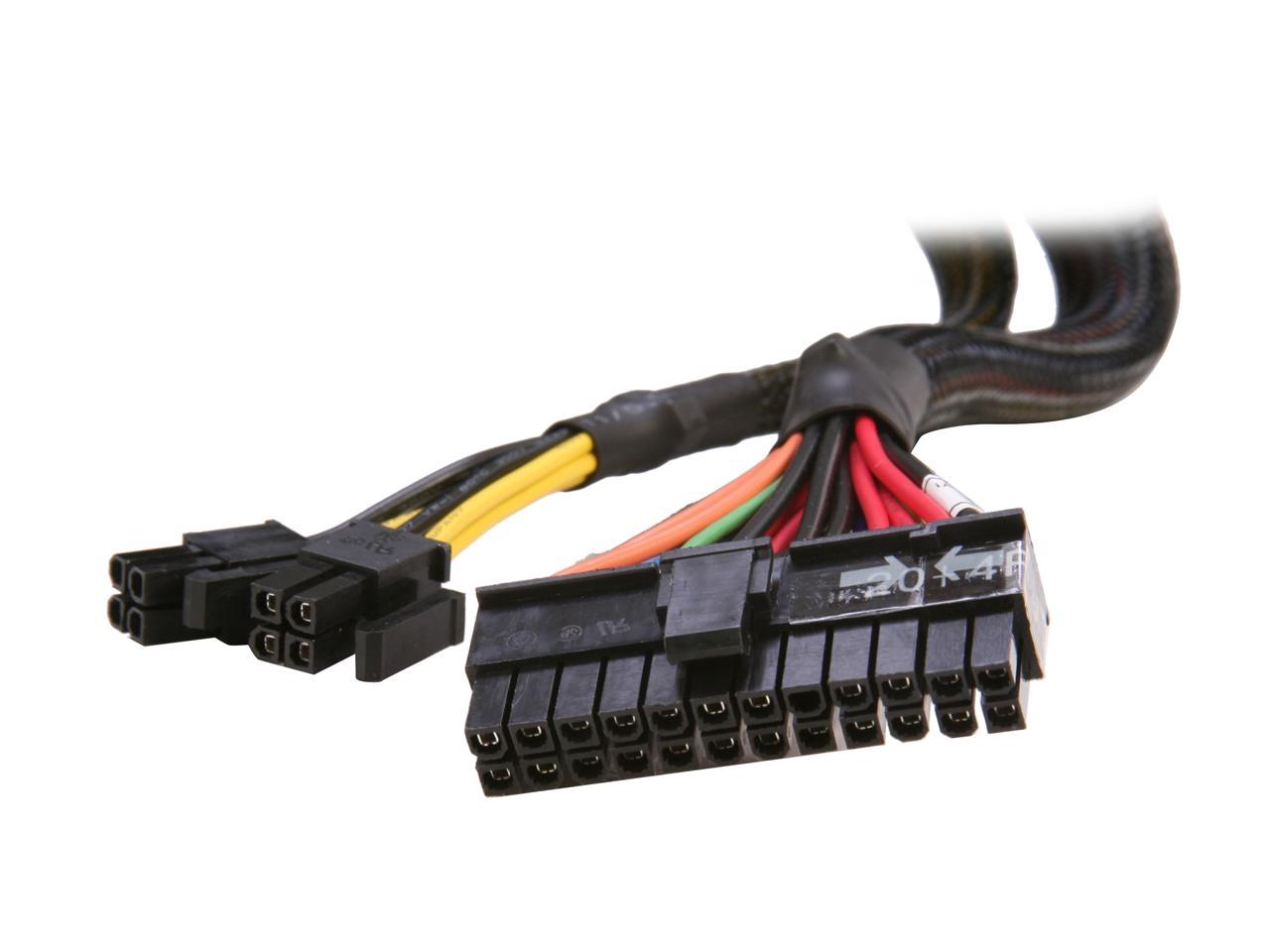 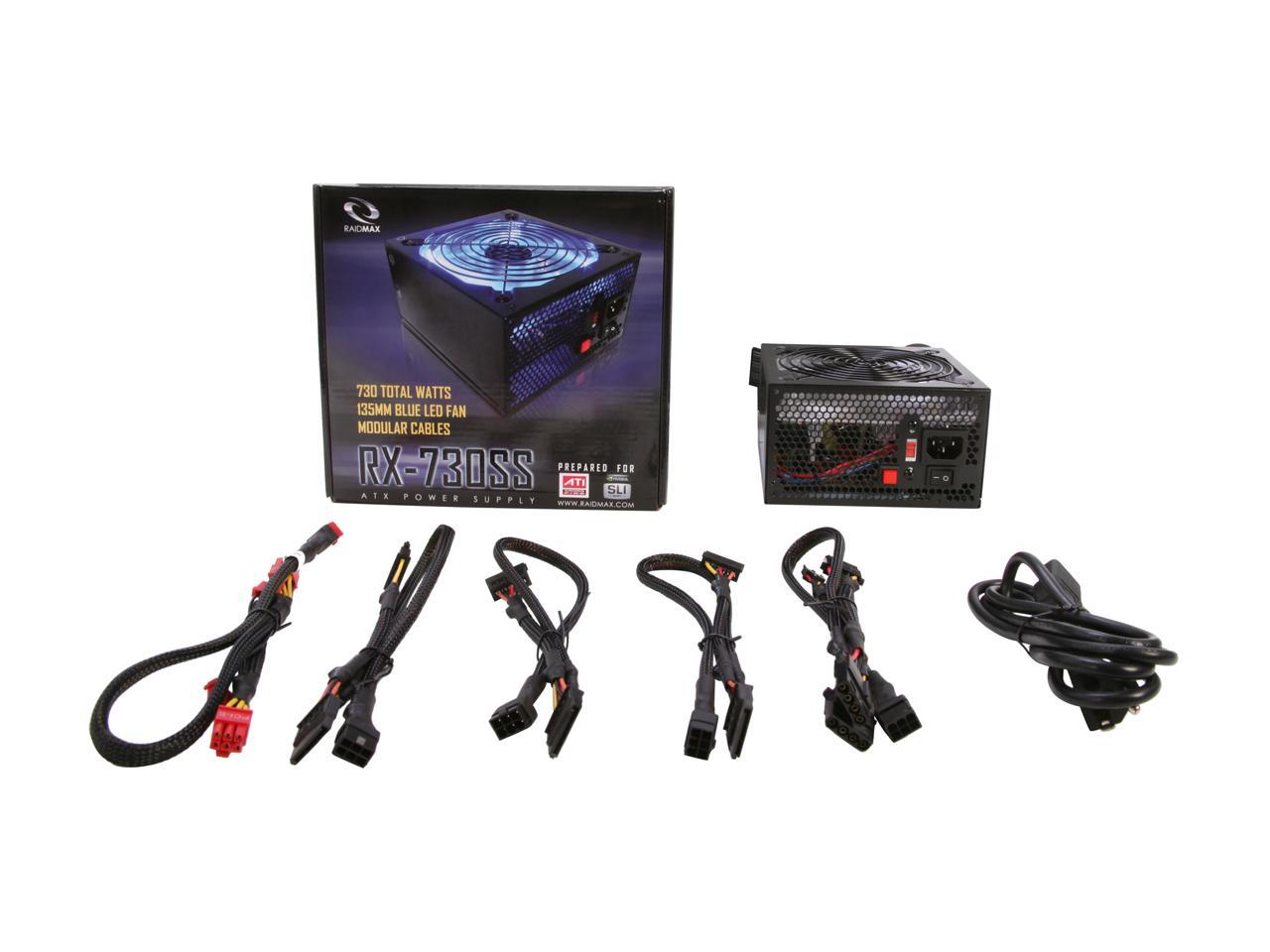 Pros: This PSU was delivered in ONLY 2 DAYS. You ROCK NewEgg! I originally got this as part of a Combo Deal: http://www.newegg.com/Product/ComboBundleDetails.aspx?ItemList=Combo.634260 for around $525 about 2 1/2 weeks ago and I've been running this system since then without ANY MAJOR problems. What can I say - 730 Watts - CrossFire ready - modular cables & ALL FOR UNDER $70.00 GREAT DEAL!!! The PSU runs EXTREMELY QUIET - WHICH I LOVE! Comes with a Blue Lighted fan - which is nice - but would be nicer IF I could turn it off. Have been using this PSU for around 2-3 weeks running 24-7. Runs GREAT - SO FAR... Knock on wood...

Cons: It would have been nice if they had included a couple of Y-Cable splitters for ALL the extra peripherals (both IDE HD's & CD-Rom and/or DVD-Rom's) you'll want to connect and a couple for the SATA Drives as well, but what the heck... they're cheap enough - just a pit* to find... One recommendation for the manufacturers - NOT EVERYONE who buys one of these PSU's are TECH SAVY (like me). MANY of them have NEVER installed a PSU before and SOME TYPE of manual (Either printed OR a PDF File) would be nice & make things easier... Given ALL these MINOR GRIPES - I WOULD NOT HESITATE RECOMMENDING THIS PSU TO ANYONE!!! Enjoy...

Overall Review: It would have been nice if they had included a couple of Y-Cable splitters for ALL the extra peripherals (both IDE HD's & CD-Rom and/or DVD-Rom's) you'll want to connect and a couple for the SATA Drives as well, but what the heck... they're cheap enough - just a pit* to find... One recommendation for the manufacturers - NOT EVERYONE who buys one of these PSU's are TECH SAVY (like me). MANY of them have NEVER installed a PSU before and SOME TYPE of manual (Either printed OR a PDF File) would be nice & make things easier... Given ALL these MINOR GRIPES - I WOULD NOT HESITATE RECOMMENDING THIS PSU TO ANYONE!!! Enjoy...

3 out of 3 people found this review helpful. Did you?
Marcus A.
Ownership: 1 day to 1 week

Pros: Decent rating and power for the price (if you get a good one, I suppose). Gives you the option to switch LEDs on\off.

Cons: LEDs barely visible when oriented to bottom of case with bottom air flow, like most decent cases are these days are setup. strange purplish-blue color to LEDs. not really modular. died after 1 week of use. was louder than my Thermaltake Smart SP-750M.

Overall Review: unplugged the ac cord from the psu 1 time and it would never power on again. you are taking a gamble using cheaper, less reputable PSU manufacturers. sometimes you win, usually not.

Did you find this review helpful?
Manufacturer Response:
Dear Customer, We are sorry to hear that this PSU didn't work out for you. However, this PSU does come with 2 years warranty. We will honor our warranty and if you like to send it back for replacement, we'll be more than happy to do so. If you like to process a return/RMA, please send a email to rma@raidmax.com for faster respond/service. We appreciate you choosing Raidmax products. -Raidmax Support Team
Mark K.
Ownership: 1 month to 1 year

Pros: Great PSU for moderate builds. nice light from the fan. More than enough power for a moderate build. cables are detachable. This is the second one I've bought and no issues.

Cons: Don't really have any

Pros: Power, and lots of it, is very steady, even under processing and peripherals load. The critical 12V rail fluctuation @ 100% load is -.06V max and -.01V average from idle readings, and that's with running an overclocked CPU (+18% OC) and graphics (+93% OC). My old 400W PSU would kick in overload protections under load at these settings, and forget about using the DVD drive. The sheathed cables are long - great for routing the cables around in a small case like mine, and will reach any conceivable distances in a full size case. There are essentially no cables at all over the motherboard - it's all routed around it. The blue LEDs are bright and lights up the case interior pretty well - along with the clear air space over the mobo, almost makes me wish that I had gotten the transparent sides option for my case.

Cons: The fan is noticeably louder than before, but not unbearable. I wouldn't call it "silent", however. The big 135mm fan sucks a lot of air through the case (not necessarily a con) to the point where I can hear air flowing through the vent holes up close. I have a bunch of little holes instead of big slots. It's also not apparently heat controlled, so it runs full speed all the time. The pigtail modular connections instead of flush mount sockets were also disappointing. They took up a lot of space behind the unit, and along with the fact that the PSU itself is slightly longer than my old unit, it barely fit in my cube case. The 20+4 mobo connector also doesn't snap together to form a single connector. Not a huge deal, but in a small case where you have reach around things to plug things in, it was a little inconvenient.

Overall Review: The fluctuations mentioned above were measured during a 3-hour burn-in test that loaded CPU, RAM, 2D/3D graphics, and DVD drive simultaneously. Don't forget to check the dimensions in the specifications, with regards to your case, because the PSU is slightly deeper. Raidmax PSU's get badly panned on the forums, but I found this unit to be more than adequate and a great value, especially if the "Up to 85%" efficiency claim in the specifications is accurate.

Pros: Pretty blue lights, looks great in my case with 3 other blue LED fans. Works as advertised... SLI Ready. The main reason I bought this was because it has 2x 12V rails rated for 24A. The 9800 GT requires this. Many other psu's (especially Antec) are only rated for 18A-19A. The modular design is great, too. It's nice not to have stuff you're not using in your case.

Cons: Cables could be a little longer. Makes cable management difficult to impossible if you have a larger case. For me, that's not enough to lose an egg. If you're very concerned about that type of thing, get a smaller case (which I don't advise) or look elsewhere.

Pros: This is the second time I have bought this PSU. The earlier model lasted me well over 7 years.

Overall Review: I highly recommend this buy if you are looking for a decent PSU.

Pros: Lasted me 3 years which is pretty good considering my voltages aren't very well balanced and my room has terrible ventilation

Cons: Cable styles don't make much sense, mine only came with got ONE cable set to try and power all my harddrives & DVD. Nothing I tried to order from Newegg looked like it would fit the Male-to-Male pins coming out of this PSU so I was stuck with only 2 HD's

Overall Review: buying another one just b/c its lasted so darn long

Pros: Like the energizer bunny, it just keeps going. Wow! I had to check my purchase history. I have owned this since October 2008 and it is now August 2015. I leave my computer on 24/7 for the most part. I suppose I should upgrade someday but I have never had any problems with this power supply.

Cons: People have had bad luck with this item, guess I am not one of them or they don't make them like they used to.

Overall Review: My power supply is new compared to my Coolermaster Stacker 810 case!