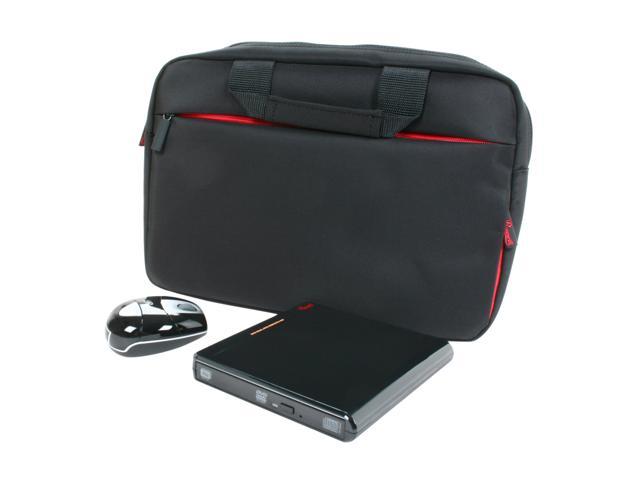 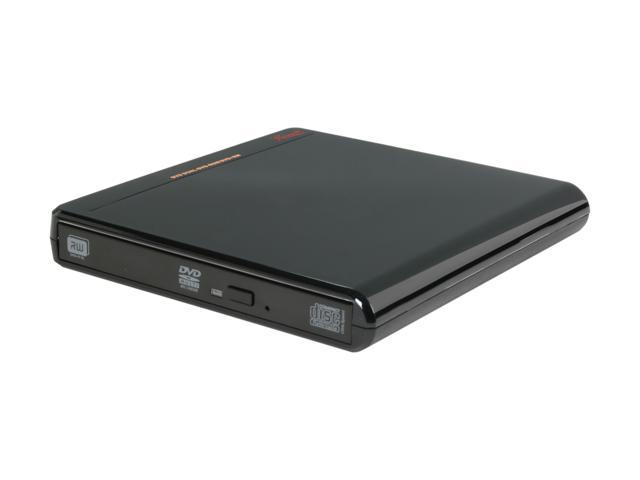 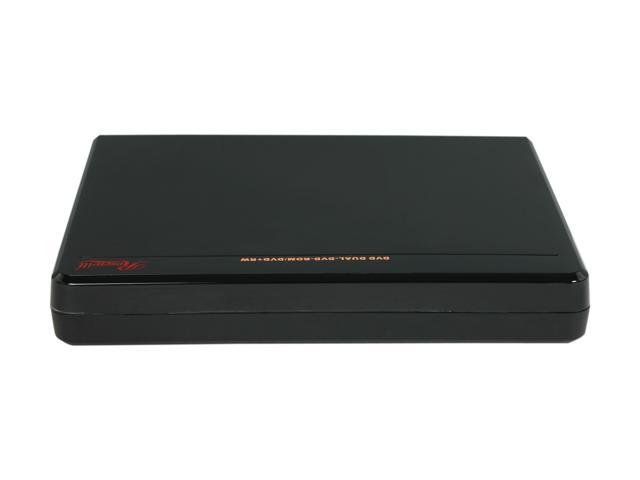 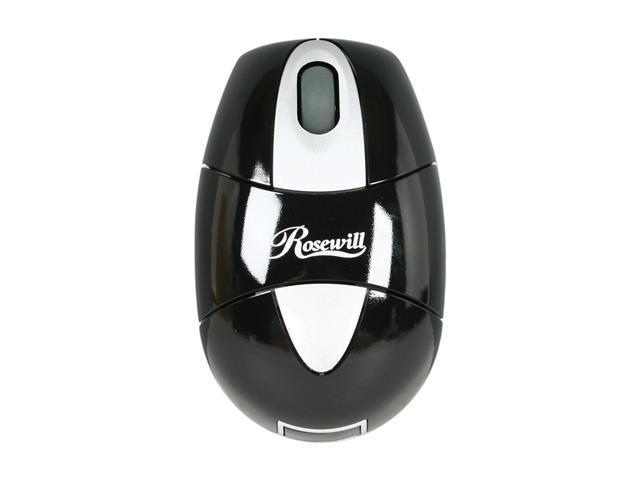 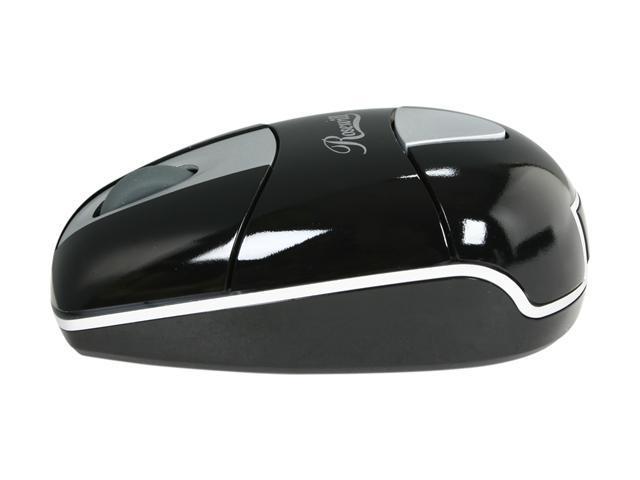 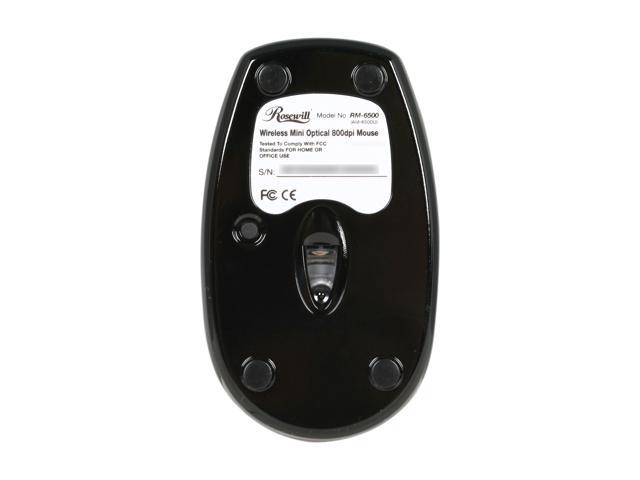 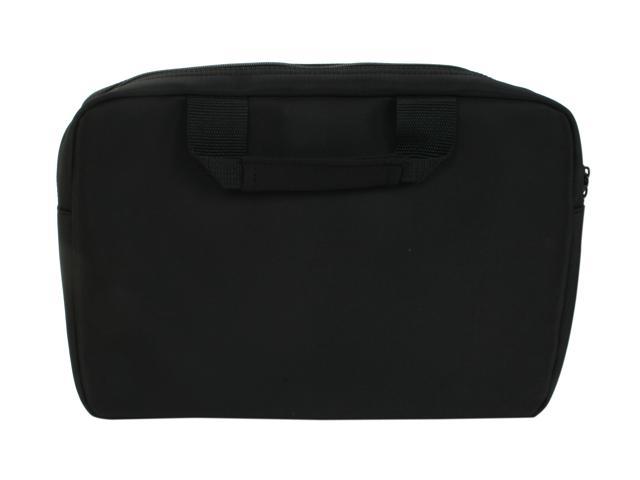 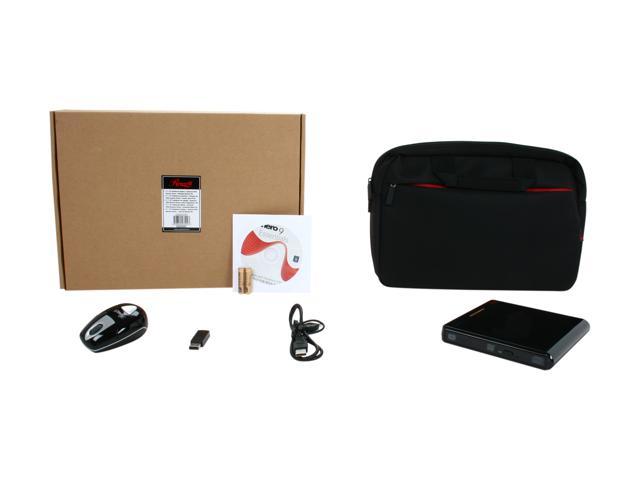 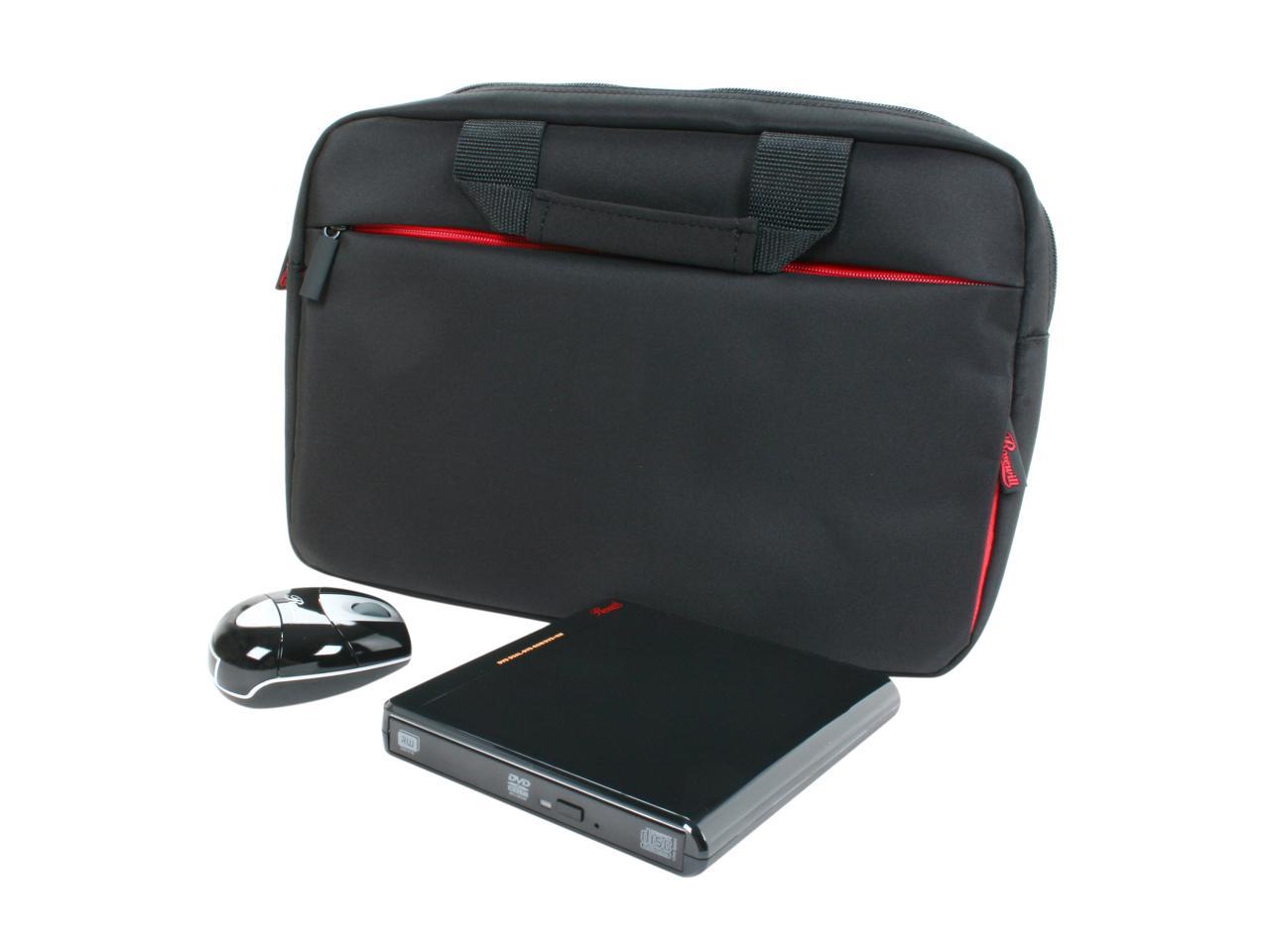 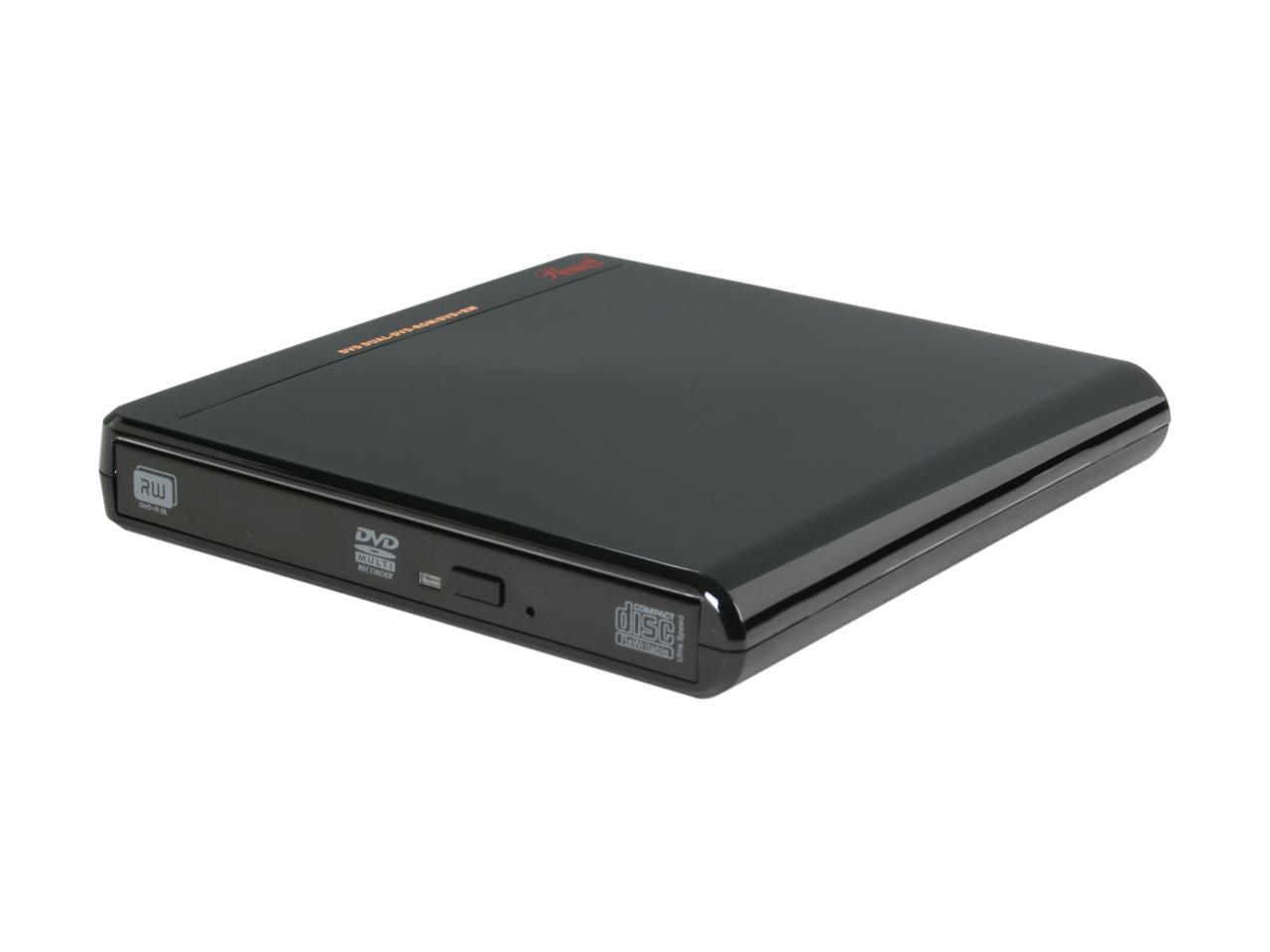 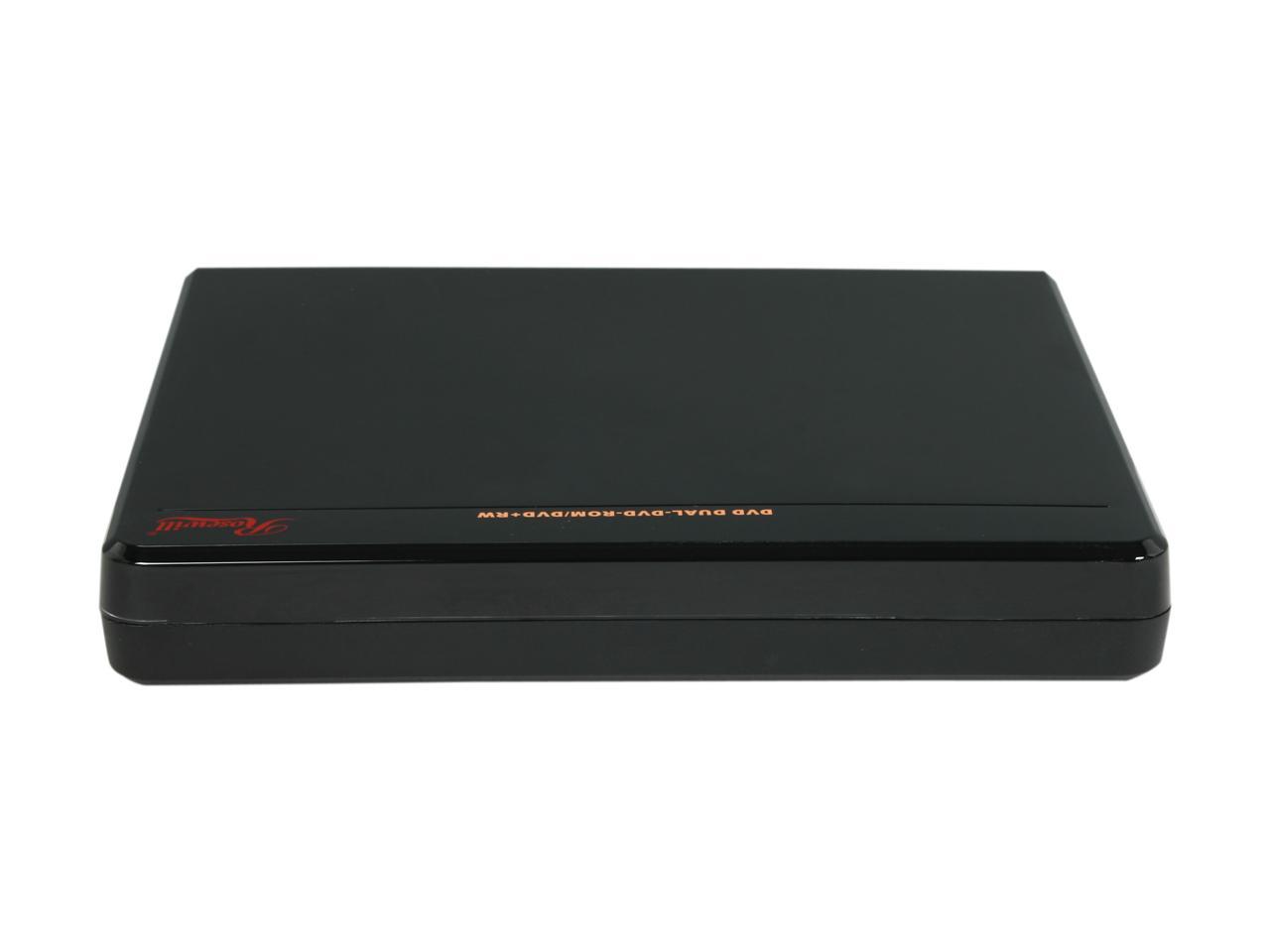 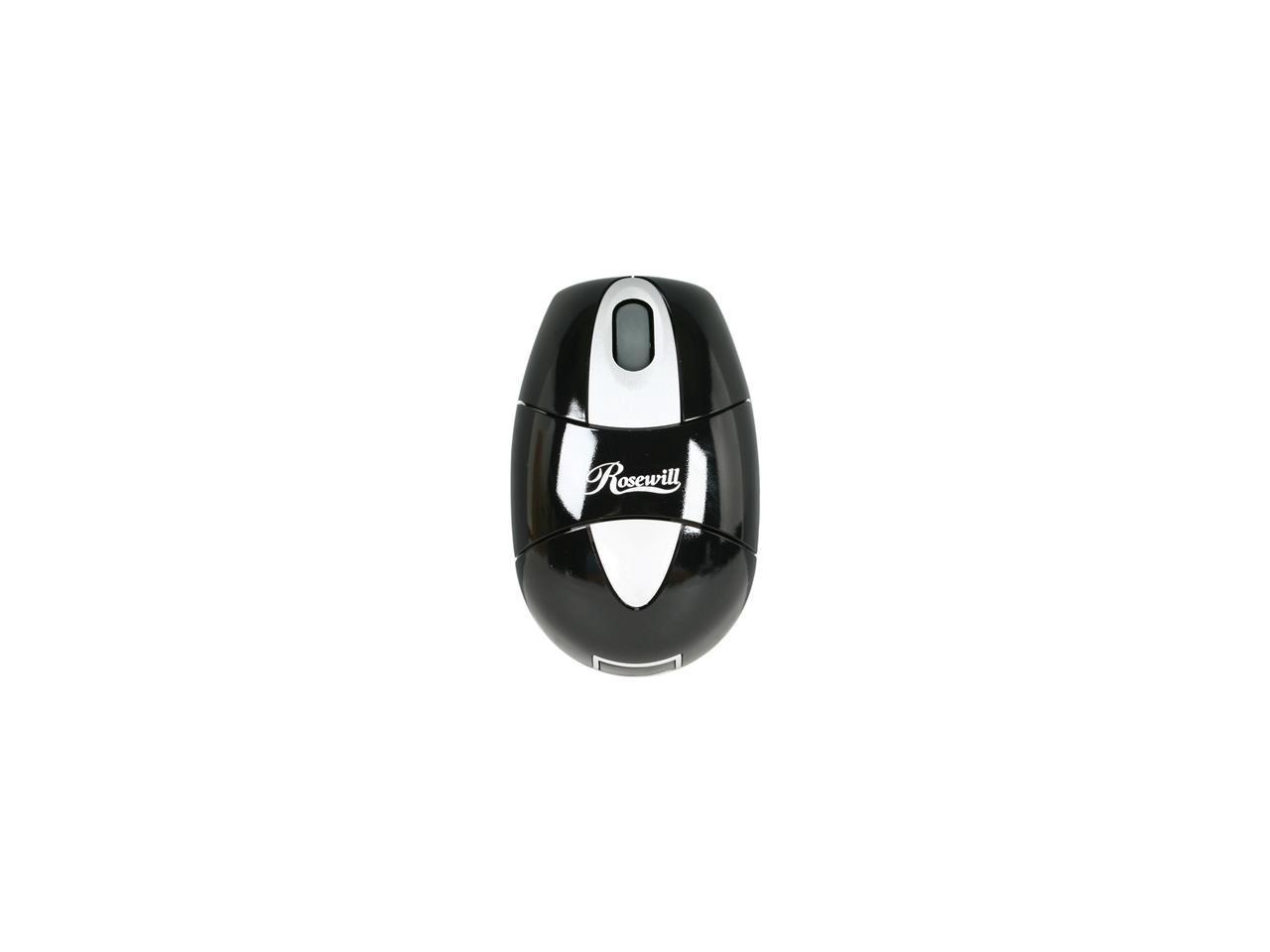 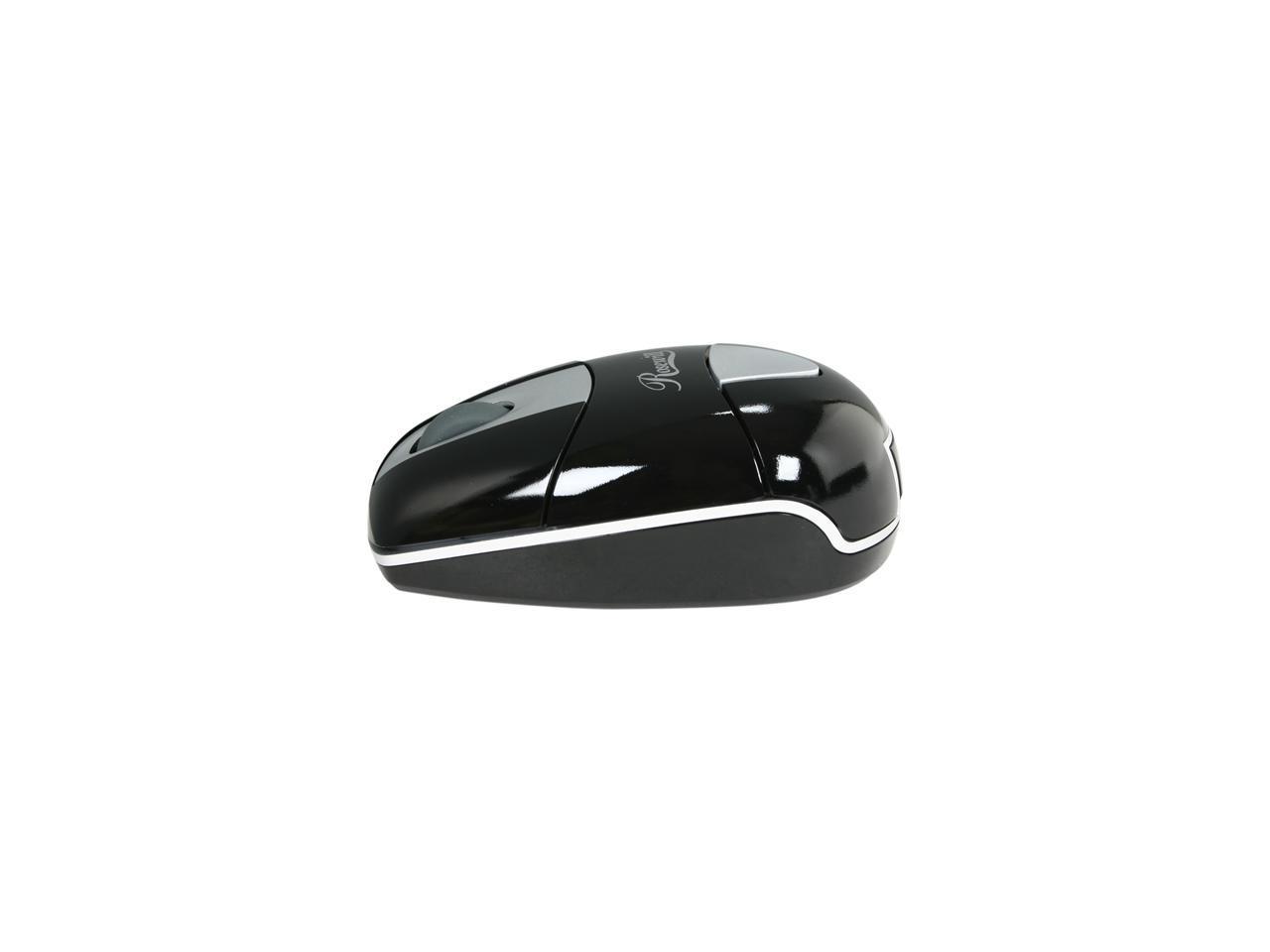 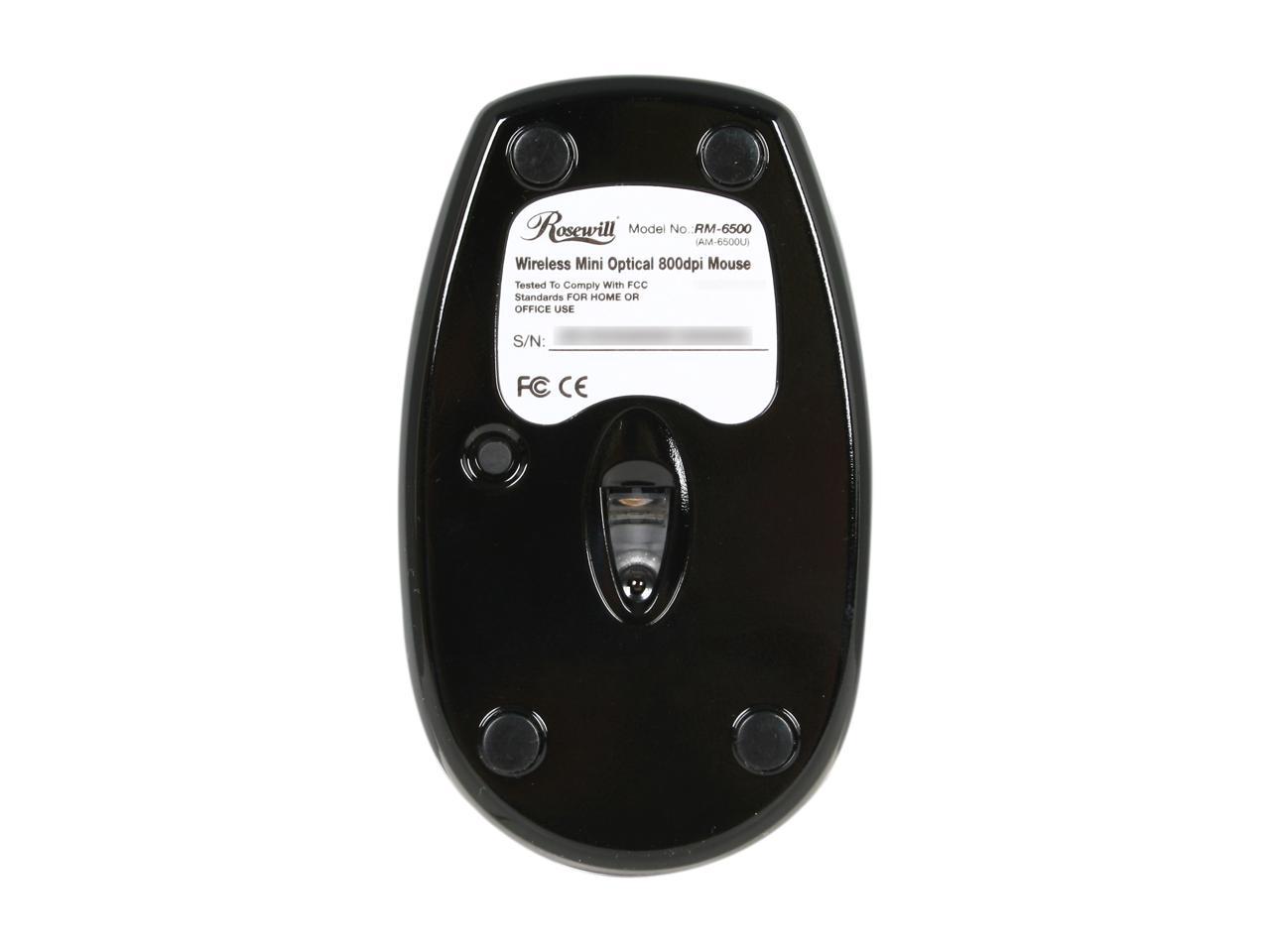 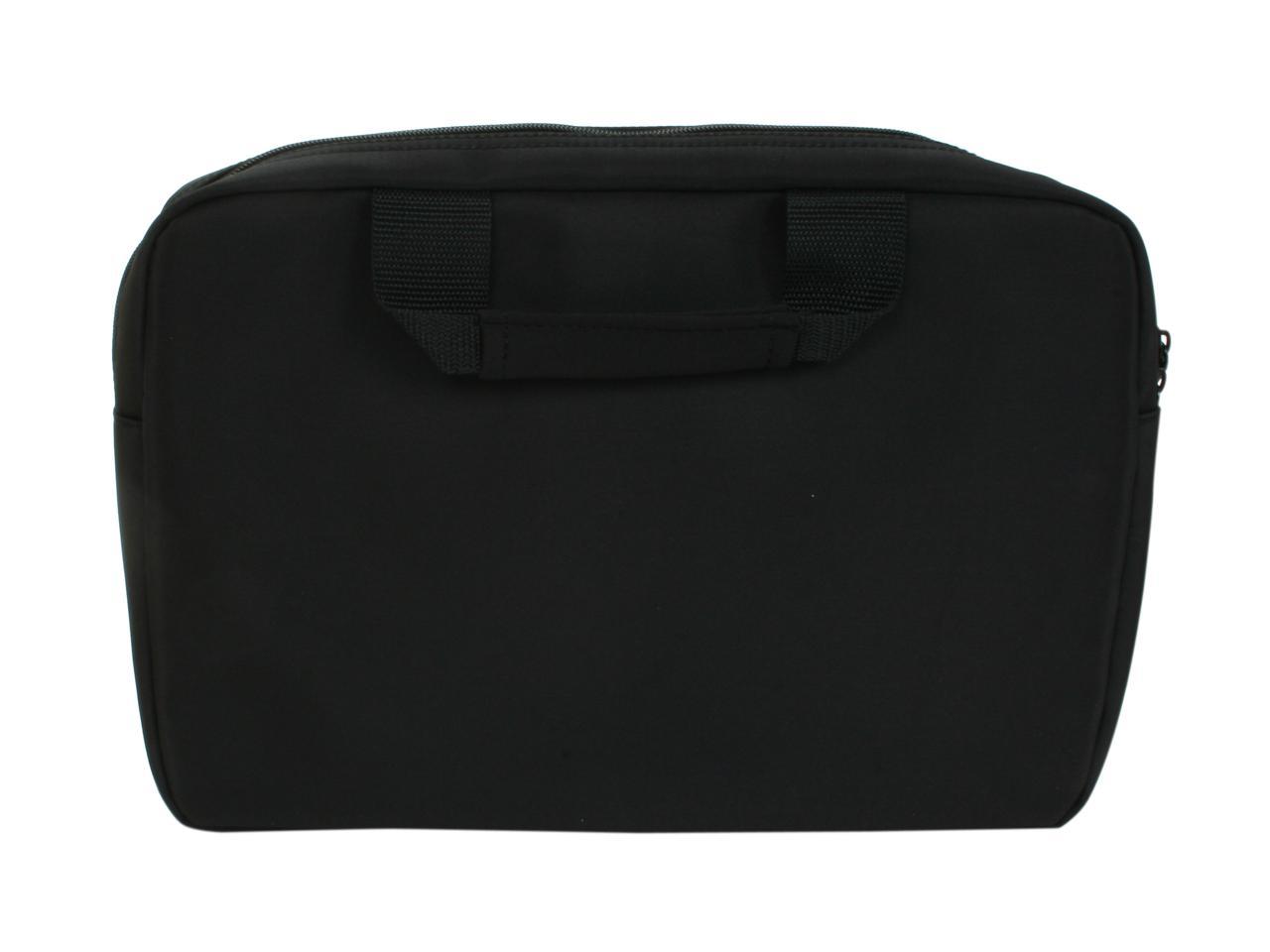 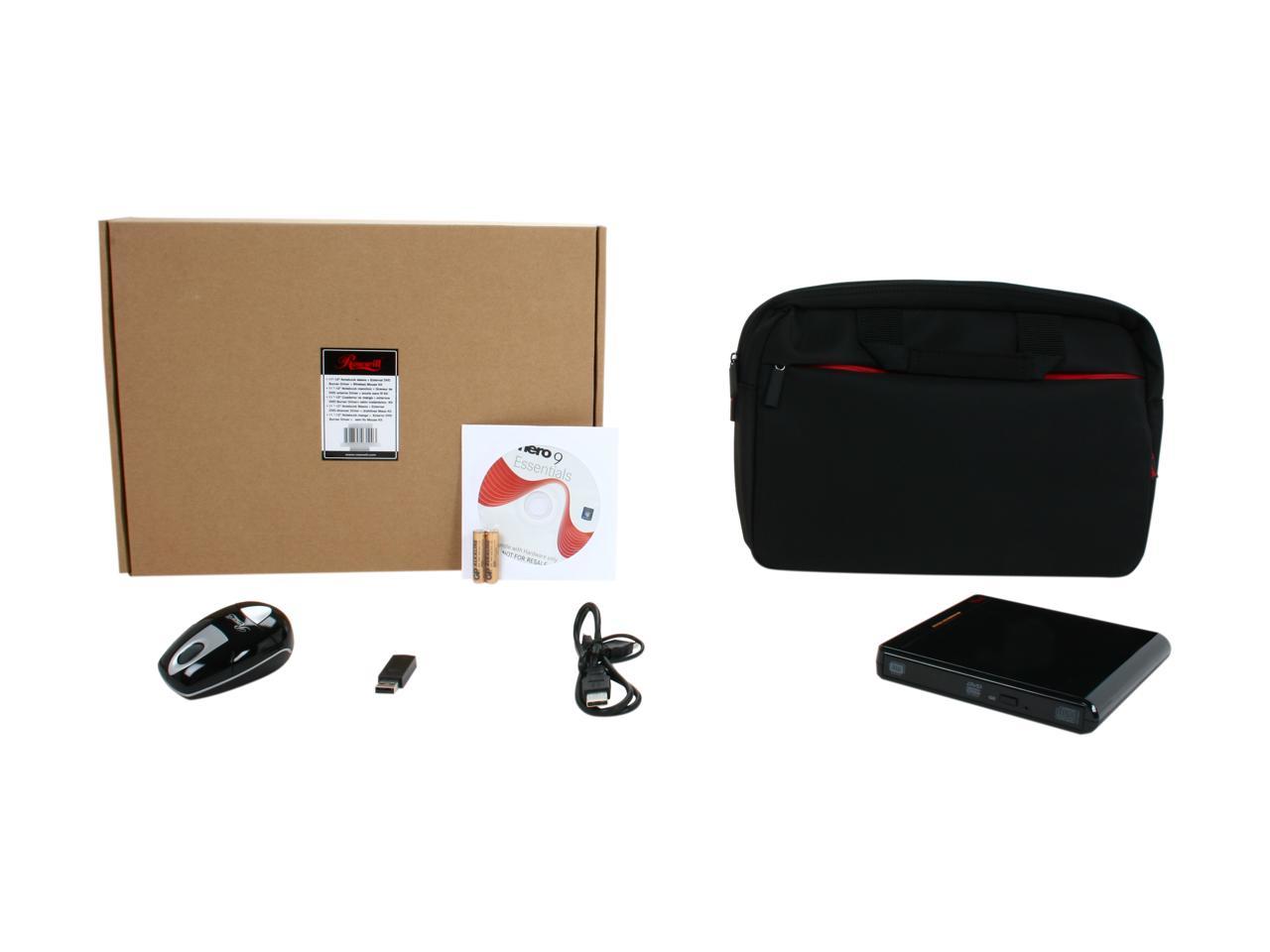 Learn more about the Rosewill R-BP-KIT774

Pros: This bag has a decent amount of padding for a netbook (Eee PC), yet still small. Outside, there are two extra zipper compartments. The handle straps are thick, and comfortable to hold with the neoprene on them. Inside, the DVD drive and mouse each have their own compartments apart from the netbook slot. The netbook compartment has a heavy duty Velcro to keep it seated. Perfect bundle for a netbook owner.

Cons: There is no extra compartment inside to store the netbook power cord, however, there is enough room for it. The DVD drive is rather slow and a bit noisy.

Overall Review: The mouse stores the USB dongle inside itself.

Pros: Looks great and got it at a great price but like others have posted before, don't by this just for the mouse. The DVD works and so far no problems with that and the bag itself gives plenty of room to carry everything and then some.

Cons: The mouse sucks, it worked for about 20 minutes and then was dead. Tried it on my netbook and on my desktop and while the mouse will be detected it will not work, it even caused my Win 7 desktop to BSOD and reboot. The mouse would be great if it worked but like so many others have posted the mouse is bad but it does make a nice paperweight.

Overall Review: If you are looking for a carring case for your netbook and a DVD-rw the this is a good choice but if you are wanting a mouse buy a different mouse as the one shipped with this kit is junk. I shoulder strap would also be a nice addition to this bag but I guess we can't expect everything at this price.

Manufacturer Response:
Dear Customer, We apologize for the inconvenience, and will be more than happy to handle this for you. You don't need to send back the entire package. Please contact rma@rosewill.com for replacing only mouse with you at our cost. We look forward to hear from you. Best Regards, Rosewill
Anonymous
Ownership: 1 week to 1 month
Verified Owner
Nice If Case And Drive Are Most Important12/8/2010 3:24:56 PM

Pros: Nice, roomy case for a netbook, accessories and even a few extras. Case feels well made and will even stands up on it's own with netbook and everything inside. Comfortable and smooth-moving mouse. Very handy optical drive that has (but doesn't necessarily need) a dual USB connector. Everything was plug 'n' play and worked perfectly out of the box.

Cons: Realizing the mouse has power-saving features, I still found it annoying that after about 4-5 minutes of non-use I needed to reconnect it (press the connect buttons on both USB dongle and the mouse itself). Well, after about 5 days the mouse has just stopped working altogether! I get a light, but no cursor response on ANY computer to which I connect it.

Overall Review: Since I got this kit on sale, I feel the case and optical drive were worth the price, but I'm really disappointed about the mouse! Thing is, in order to get it replaced, I'll likely need to pack up EVERYTHING and send it all back, at MY expense, then wait for Newegg's painfully slow RMA/shipping process, and it's hardly worth it. Sadly, I think I'll just have to eat the loss. Lesson learned. So, I can't recommend this kit at its full price; at the sale price though ,as long as the mouse is not the primary reason for buying, I'd say it's a fair deal.

Manufacturer Response:
Dear Customer, We apologize for the inconvenience, and will be more than happy to handle this for you. You don't need to send back the entire package. Please contact rma@rosewill.com for replacing only mouse with you at our cost. We look forward to hear from you. Best Regards, Rosewill
M S.
Ownership: 1 week to 1 month
Verified Owner
Great deal12/27/2010 8:53:04 AM

Pros: I paid about $37 for this set. The optical drive SHOULDN'T have worked right out of the box for such a low price, but it was indeed plug-and-play. Reads DVDs well, haven't tried to burn anything yet. The mouse is awesome. It has a little slot where you plug the dongle into when you're not using the mouse. This acts as a "TURN OFF" switch when the dongle is plugged in. Then, you pop the dongle out of it, and it turns the power back on. I don't know if that's standard, as I don't use wireless mice very often, but I thought that was cool, and convenient, because I have misplaced pieces of a dongle setup before only to find them months after I threw out/replaced the set. Kit comes with Nero software that I didn't expect, nor did I install. Don't know if it's a trial or a full program, but it was unexpected.

Cons: Ok, the guy complaining about the USB kind of has a point, but not for the reasons he specified. (I think he got a defective mouse.) But the dongle IS a really poor design, especially for a netbook. The sync button ON the dongle is literally almost on top of the edge closest to where the USB plugs into the computer. So if you have a netbook that has an impression where the USB goes in, it's almost impossible to push the button, which means you might need a USB extension plug. Not really a con if you read (and take extremely seriously) the dimensions of the notebook sleeve. It specifies 10-11.2 inches. That's EXTREMELY strict. I bought a Dell Inspiron Duo for my girlfriend which measures in at 11.22 inches, and it literally wouldn't fit in the sleeve. Again, that's my fault for not thinking that .02 inches would make that big of a difference when dealing with nylon fabric in a netbook bag (rather than steel or wood at a construction site).

Overall Review: I put a book in the netbook sleeve to try to stretch it out. It'll either work, or it'll destroy the bag. I look at it this way: The entire kit was worth the $50 that it was listed at before I snagged it for $37ish. If I had use for more than one of these, I'd have bought as many as I needed.

Pros: The bag is great. Not sure about the DVD player yet because of the software.

Cons: Mouse completely died within two weeks. DVD burner did not come with the cable necessary to connect it. On trying to play a DVD I got a message that I have to pay to upgrade the Nero software to play DVD's. Seriously? I have to upgrade to perform its basic function?!

Overall Review: I am extremely disappointed in this whole package except for the case itself being nice. Having to buy a cable after purchase to even run the DVD player, and then to find that I also now have to pay to upgrade the software to even USE the DVD player is really aggravating. The mouse was a total loss within two weeks. Based on this experience I would probably never buy another Rosewill product.

Manufacturer Response:
Dear Valued Customer, There should be a cable that comes with the DVD player that will connect it to the computer. It will come with a mini USB cable. As for the software, you will need to contact Nero about that since it is their software. As for the mouse, we can offer an RMA for you if it is still under warranty. Please kindly contact the Rosewill support team either via phone at 800-575-9885 or via email at rma@rosewill.com so we may assist you with a replacement, if the unit is still under warranty. We are eager to assist you in any possible way and look forward to hearing from you soon. Thanks, Rosewill Customer Care
Jonathan W.
Ownership: 1 week to 1 month
Verified Owner
I got it for a Steal!8/8/2011 6:33:58 PM

Cons: Wish the case was a little bit bigger for power cables and such.

Overall Review: I got this for 20 dollars, which is 15 dollars less than the dvd burner by itself, so heck yeah!.

Pros: Great deal when I got this as a shell shocker. Nice small package, everything has its place in the bag, and there's a small space left over that is adequate for most laptop chargers. next to the mouse. I also like this since I am replacing a larger bag with it, i can still fit a note-pad in the side bag.

Cons: As mentioned before in reviews, mouse feels cheap, but works well. DVD burner is solid, however it does not have the nicer outer casing that some other rosewells usb dvd burners i have (-1 egg for using a cheaper case than just throwing in one of their standard usb dvd burners)

Overall Review: Great package for any netbook owner who needs all the items, however if you just need the dvd burner, or mouse, buy those on their own. I got this with a recent shell shocker and the price was right, so I was willing to replace my current bag with it as well.

Pros: Got this for a "Trunk-Party" gift for a friends daughter who was going away to college. She loves it, great for her netbook, so all is GOOD.