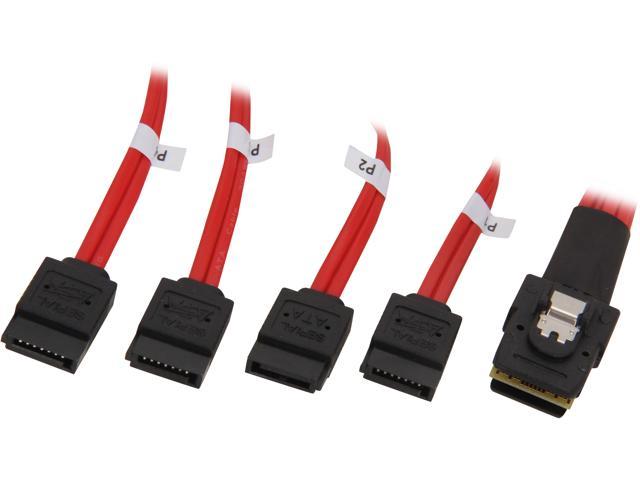 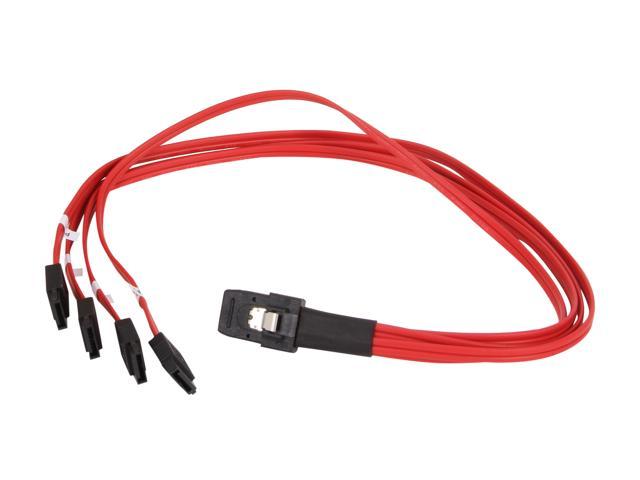 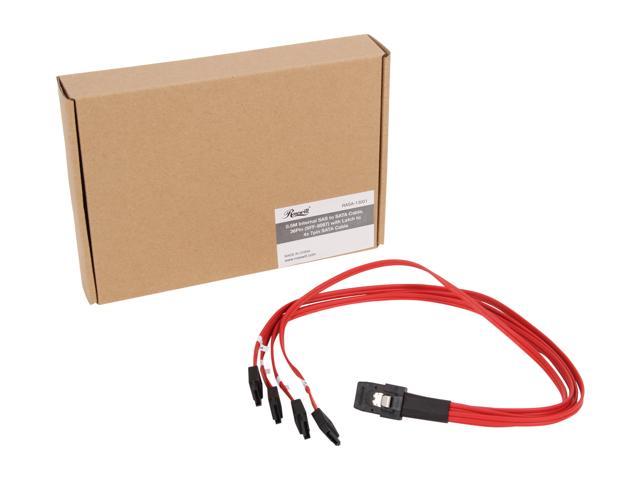 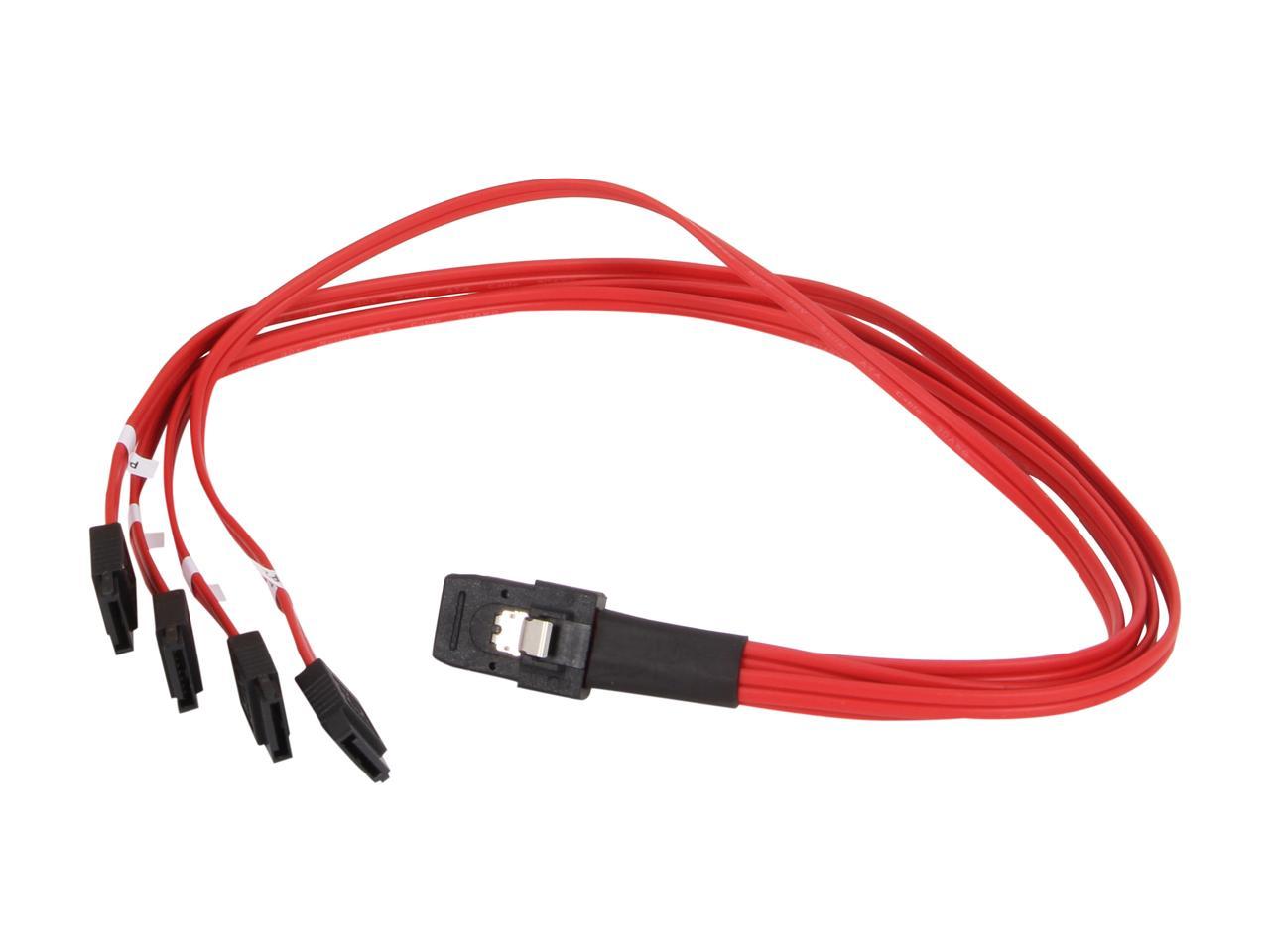 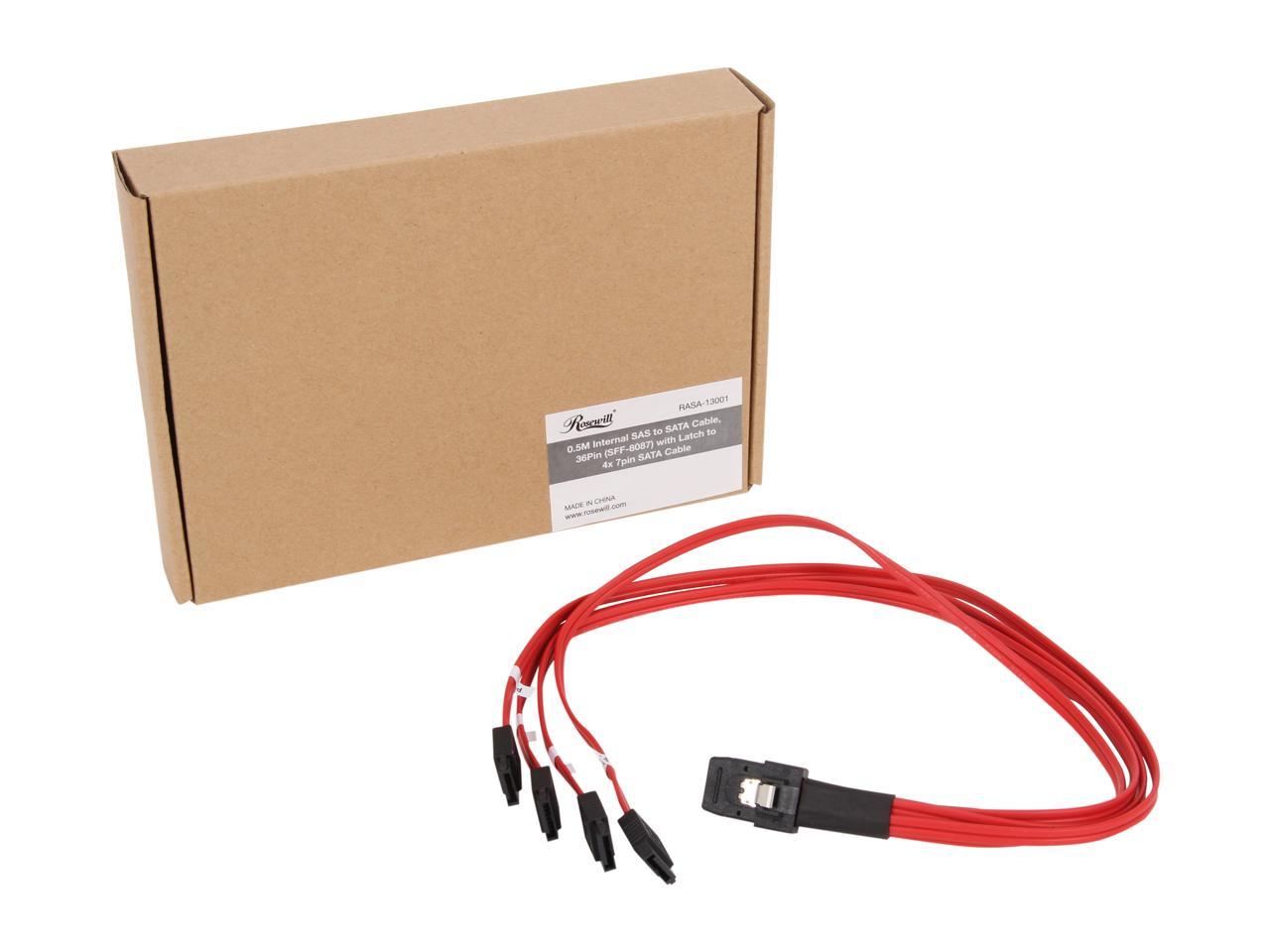 The Rosewill RASA-13001 multi-lane SATA breakout cable is used to connect a controller with an SFF-8087 connector to four SAS/SATA hard drives or a backplane. It's a great way to maximize the capacity of your RAID configuration. P1 to P4 markers provide easy identification after installation while its up to 0.5m length ensures easy cable management.

Learn more about the Rosewill RASA-13001

Pros: It's a cable. Does everything it's supposed to, and nothing it isn't. Cable is well constructed and sturdy.

Pros: - Cheap (should have been a warning)<br>- 0.5 meter length<br>- Fairly flexible (compared to "better" cables)<br>- Red (if color matters)

Cons: Lasted 9 months in a case (without being moved) and then a channel died ( # 4)

Overall Review: I was a little leery going into this, as there were some comments about bad cables already here. Figured if cables worked when first connected, and then weren't moved around, they'd keep working. Right? Wrong! 9 months later, the screaming of the RAID card alarm indicated an array member had been lost. Figured "might be a glitch" so powered down, wiggled cables, powered back up, and the array starts rebuilding (missing member is back). "Time to finally order that spare drive." <br><br>A week later, 1 day after receiving the new drive, the alarm is heard again. Same drive (connector 0, channel 3 - the 4th drive). Swap out time, with a twist: new drive isn't recognized by card. It's the cable! Replace with original cable (a Highpoint, which was originally replaced because it was too long - 1 meter) and the rebuild starts on the new drive.<br><br>Moral of the story: don't expect cheap cables to last.