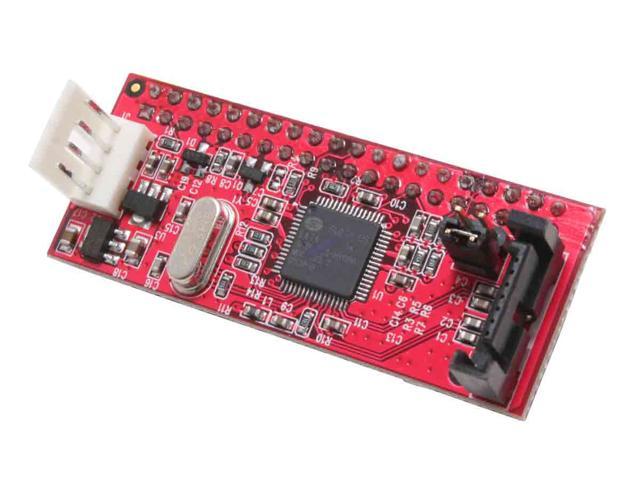 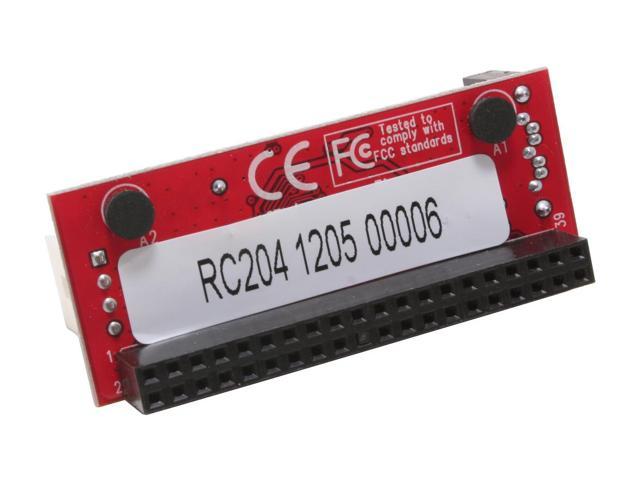 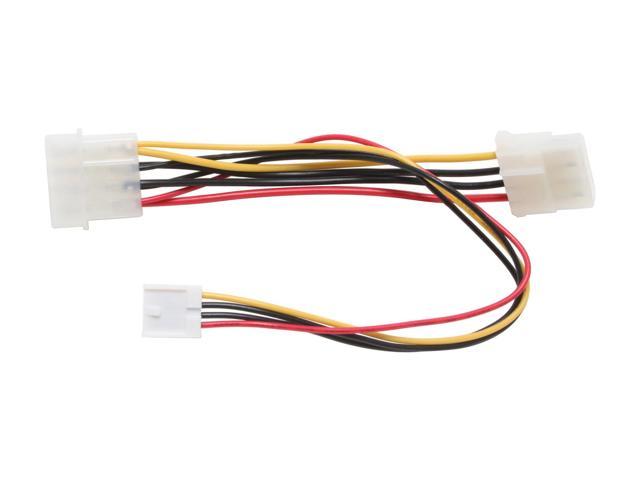 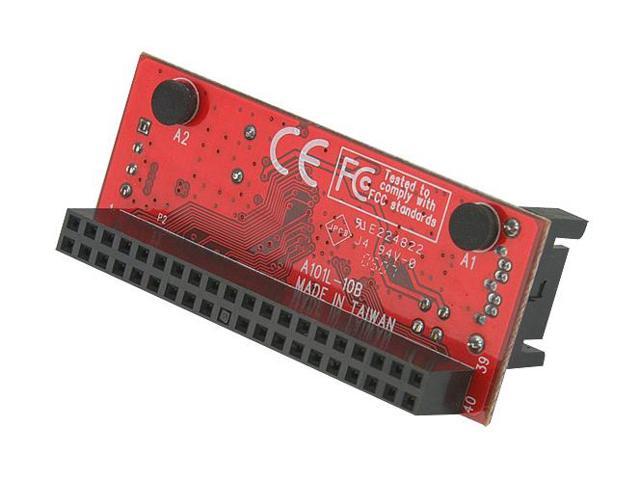 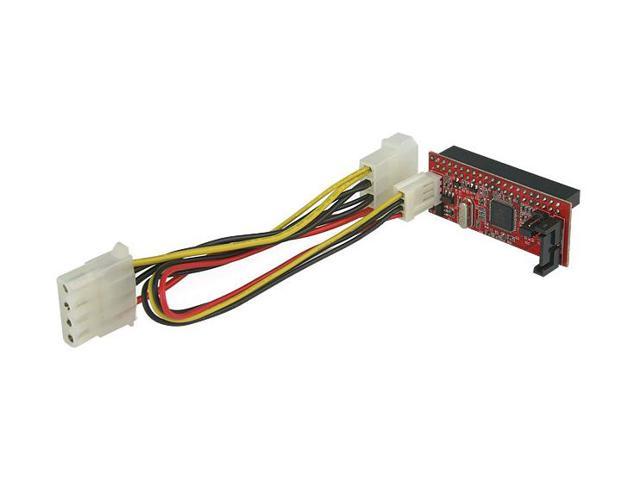 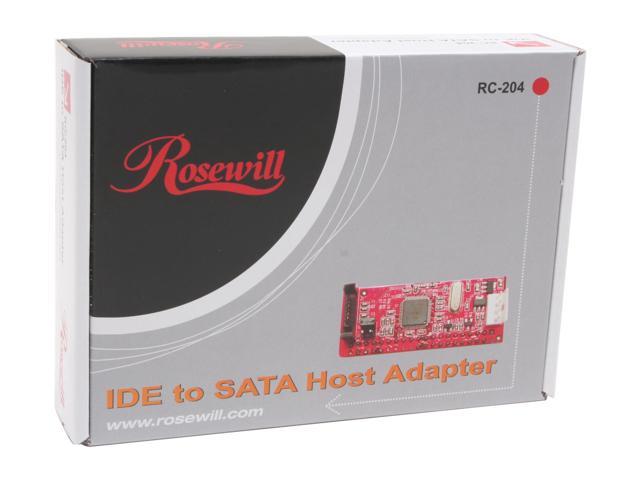 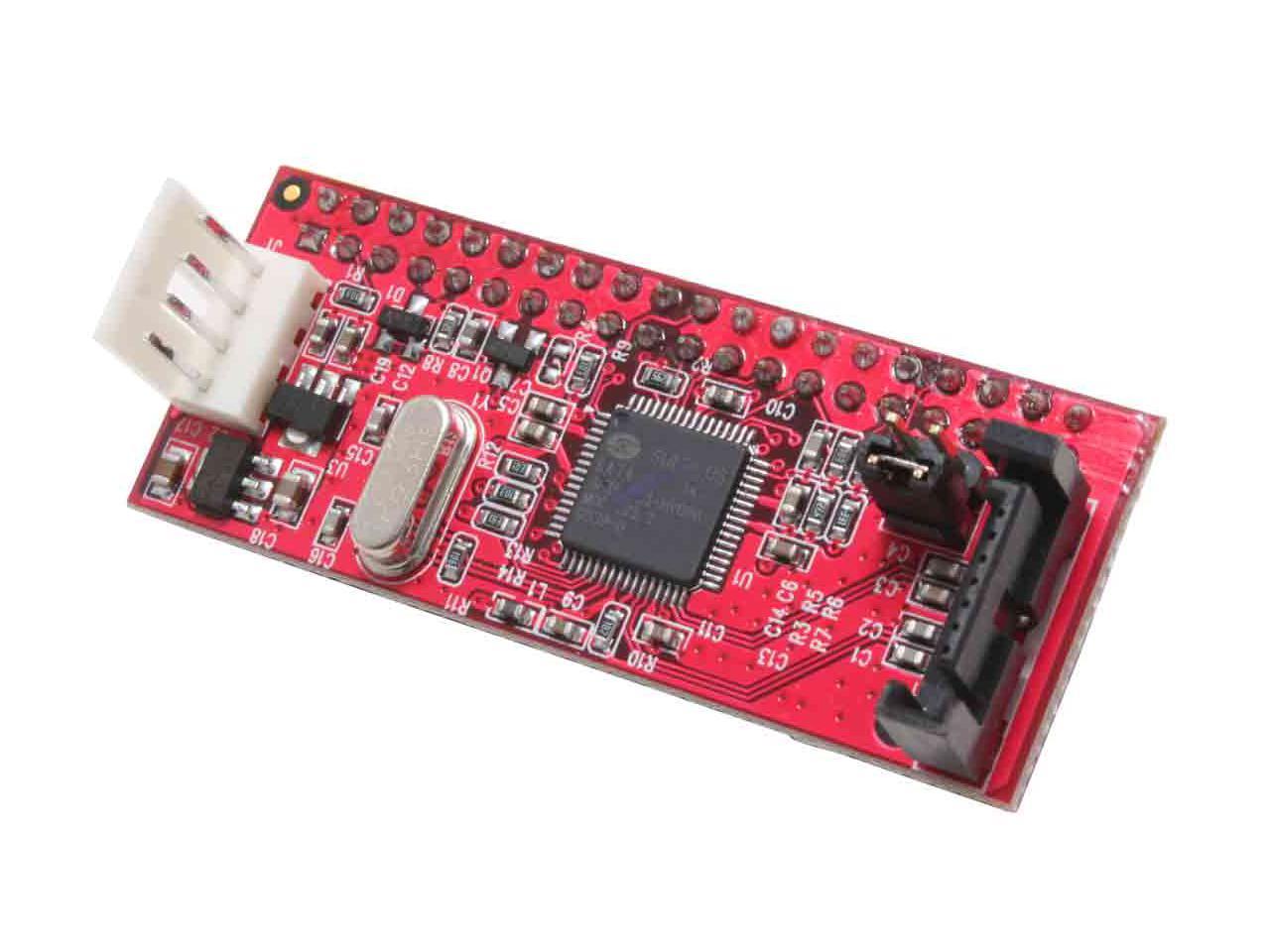 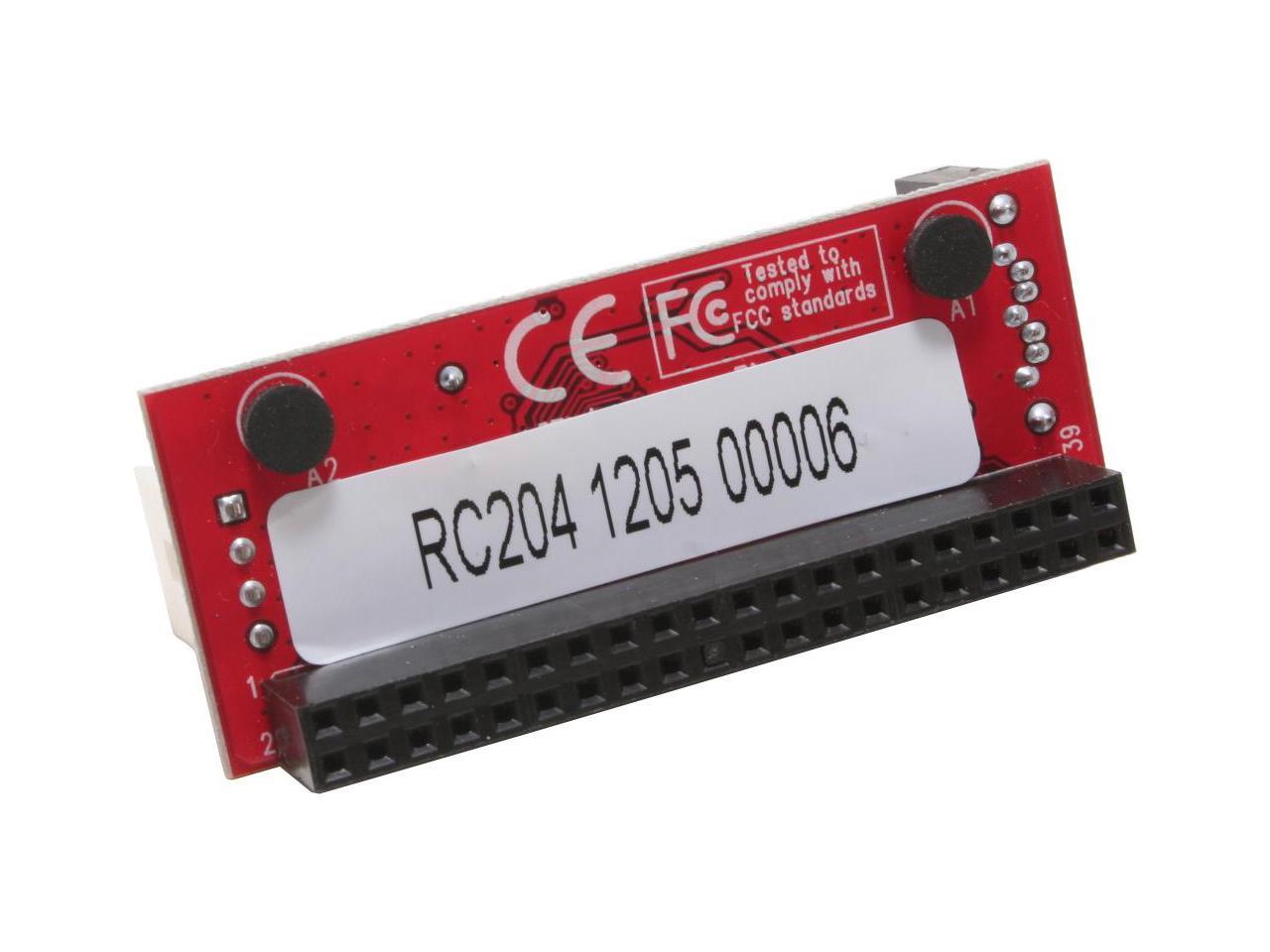 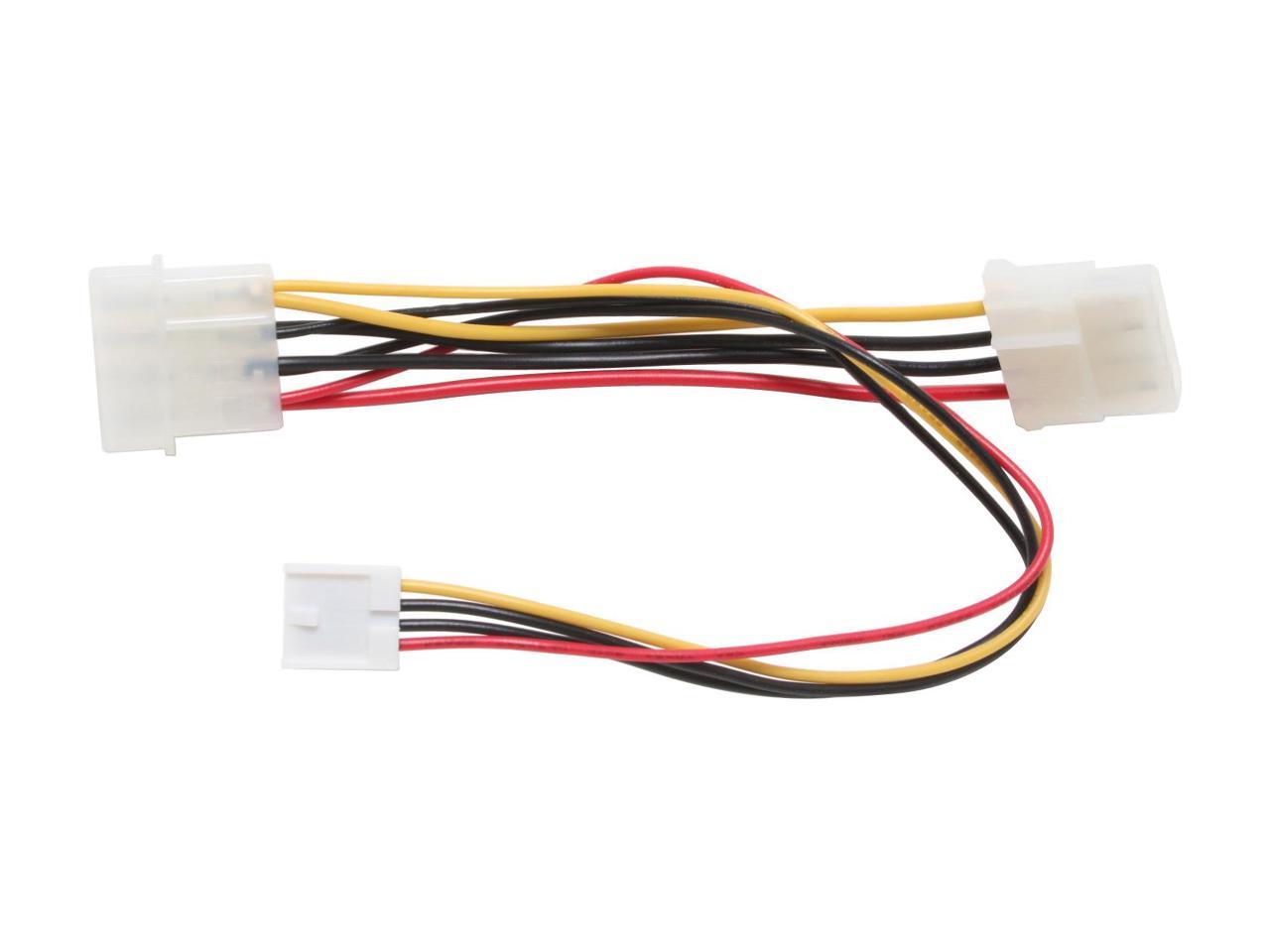 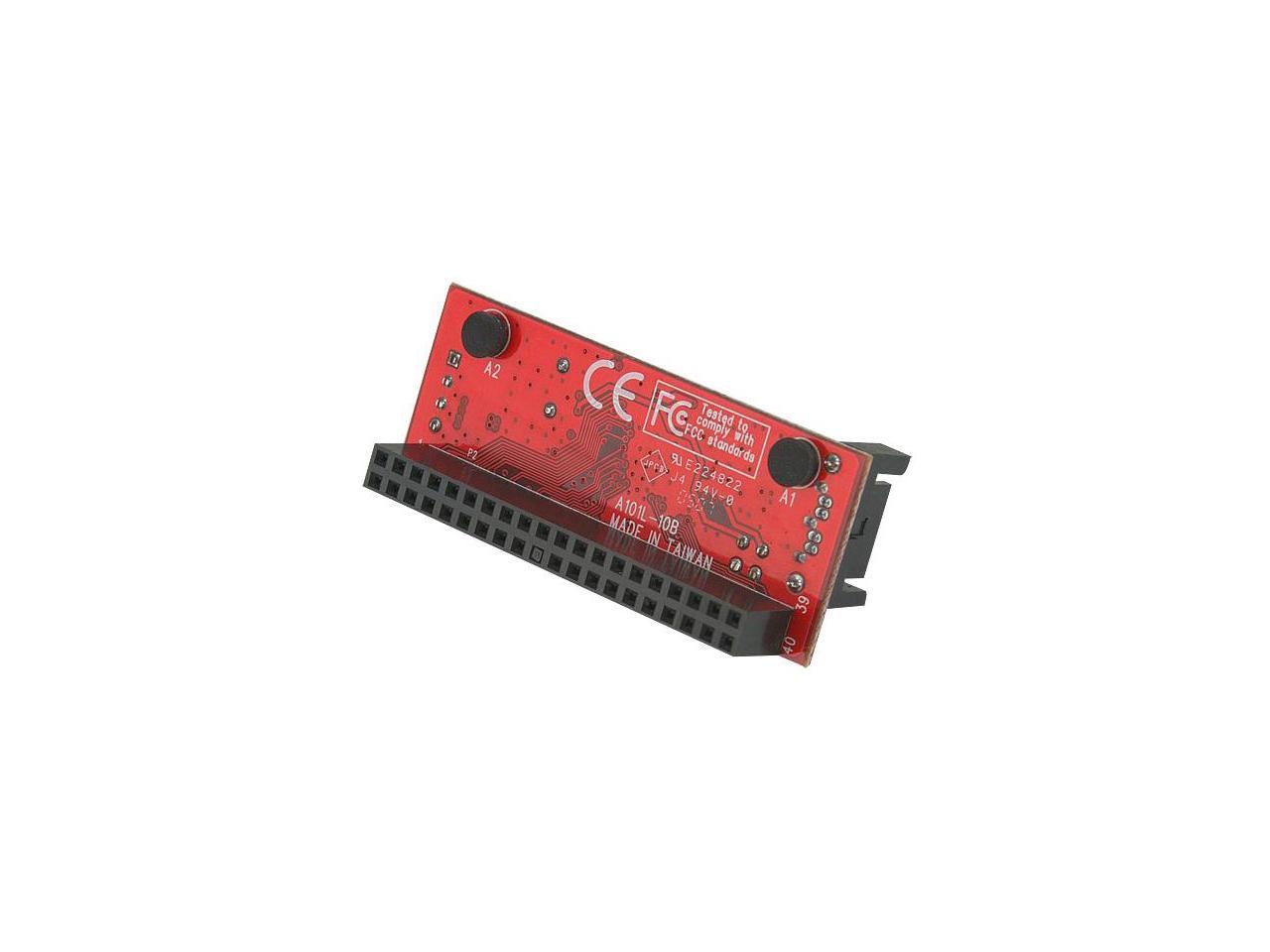 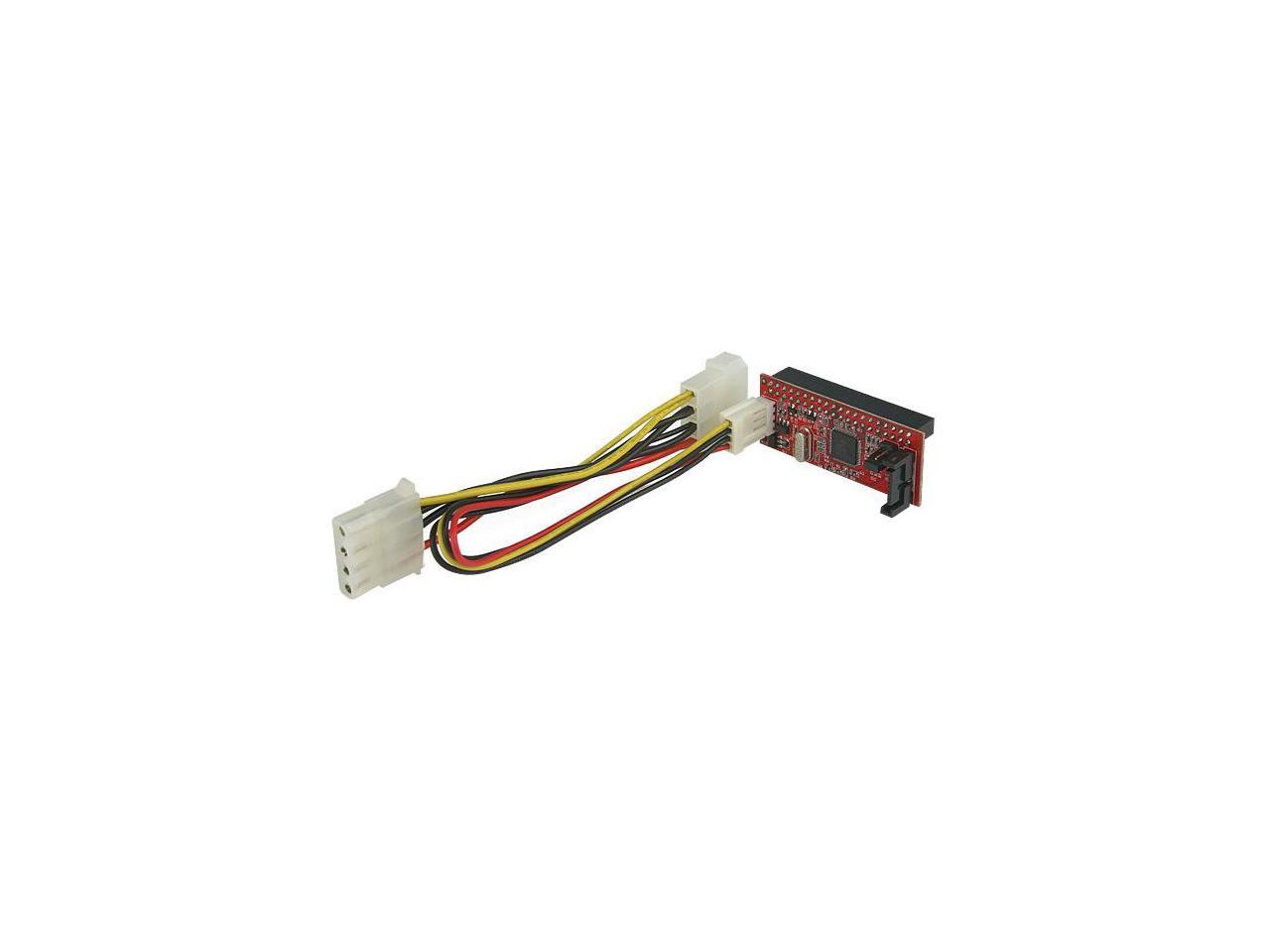 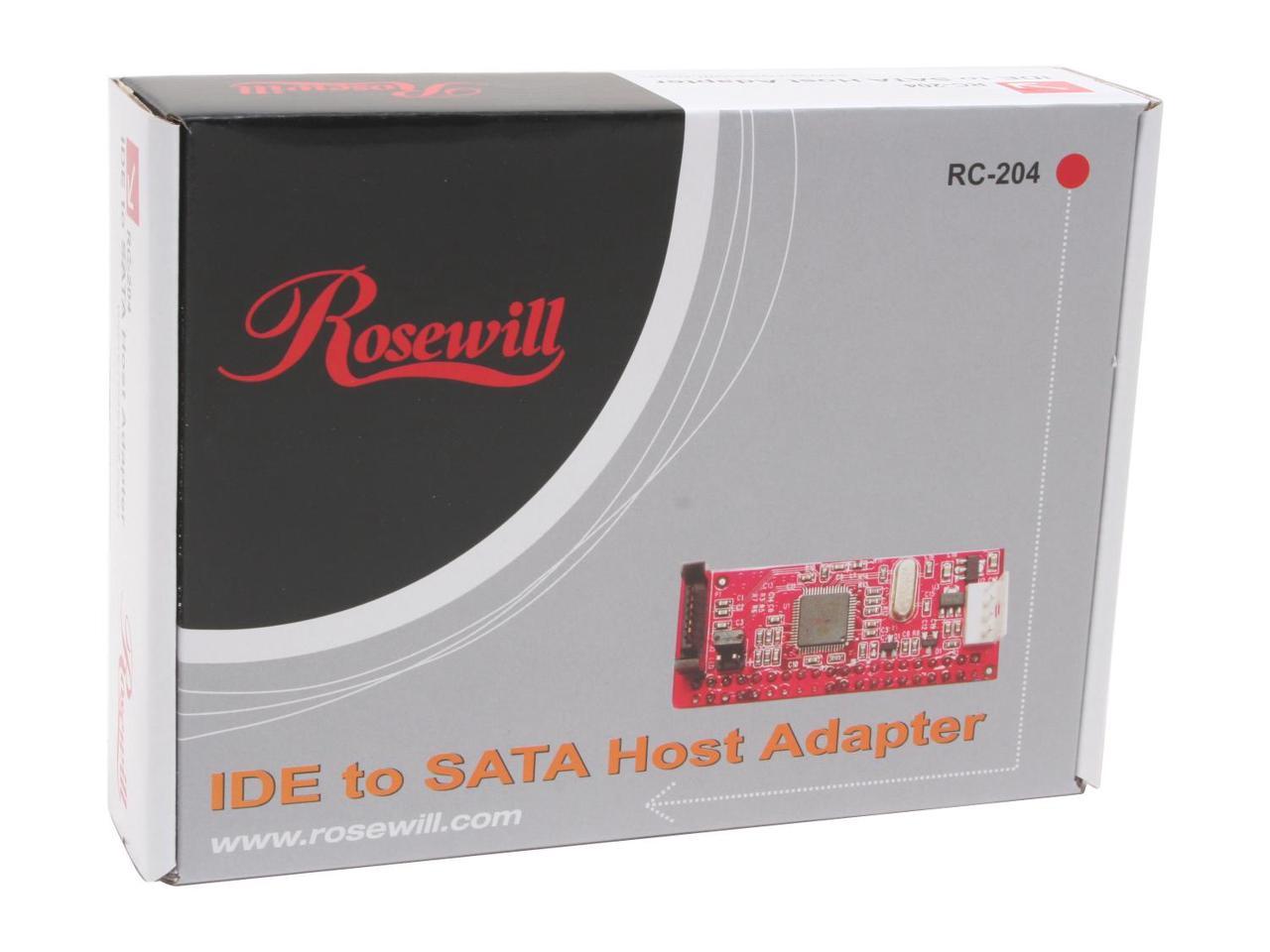 (344) Write a Review
OUT OF STOCK.
Specs
Reviews

Learn more about the Rosewill RC-204

Pros: Works as stated with the exception of the con below.

Cons: These adaptors are only good for for IDE HDD's 137GB or bigger which is stated on Rosewills Site but not on New Egg. If you have anything smaller dont bother it wont work, thank goodness I had two larger harddrives instead of the two 40GBs I wanted to attach. They are now home on IDE while the others are connected to the adaptors.

Pros: Better than a Ide Controler Card That will Slow down Your Boot UP I ordered 2 Of them Worked Great ON A Maxtor 200 gig drive And Sumsung Dvd 16x Writer. They even Suppled the Connecters Needed to power drive and adaper Board. Took less than 10 mins

Cons: The instructions are very poor.Someone with little understanding would have trouble. See Instuctions Below They Will Help.

Overall Review: 1)All Drives Have to Be set to master (jumper setting on drive) 2)plug the Adapter into the drive you are converting.Note (Pin 1) 3)You have to Supply power to the Drive & the Adapter Card 4)plug your sata cable to MB & adaper Card. 5)You are ready to boot your Computer but have to go into bios and set the sata that you plug the converted drive into to Auto Or Manual If you know the settings. Most boards Have Raid So Check your Raid Settings on the sata ports making sure that there turned off on the sata port your useing for the converted drive.

Pros: these things turn your IDE devices into SATA devices with relative ease for a really decent price. I am using 4 of them right now, 2 for 160gb seagate drives in a RAID array, one for a zip drive and another for an older cd burner

Cons: cable management is kind of a chore with 4 of them but 1 or 2 may not be that bad, but then that is what it takes for them to work so its worth it also it only runs at sata 1.5gbps, but thats better than 100 or 133mbps you were getting

Overall Review: i would recommend to anyone upgrading to a modern board with no ide channels and dont need to by another hard drive

Pros: 1) Thoughtful design. 2) Sits nice and flush again the back the drive it's attached to.

Cons: 1) Buyer beware - doesn't work with all motherboards, optical drives or small hard drives (if you gamble and win - good for you!) 2) Floppy power connector (a necessary evil - no other type of power supply connector would fit on this board but a floppy connector). If you don't like it, get the board that has the pass-through cable soldered on the board instead. 3) Won't work if SATA channels are set to AHCI mode (must use IDE mode). Since most BIOSes won't allow you to select different modes for different SATA channels and since you can't change the SATA setting back to IDE if your boot drive is already using AHCI (or you'll blue-screen), you won't be able to use this unless you change the BIOS setting to IDE and reload your OS (ouch!).

Overall Review: As an IT tech for 15+ years, there aren't many things I can't successfully troubleshoot given enough time and options - until this thing showed up. I took a chance and bought this to replace my Rosewill PATA to USB adapter (looks just like this one but attaches to an onboard USB motherboard header instead of a SATA port) on my Plextor PX-760A DVD-RW drive. Unfortunately, after much fiddling with various jumper and BIOS settings (Cable Select, Master, jumper on card and jumper off), the best I could get was the optical drive to be recognized, if setup as directed. But, sadly, it would not allow my DVD-RW to successfully transfer data. This made loading my WinXP OS impossible (others here mention the same thing - read errors while reading/loading files). If I switched back to my PATA to USB adapter (which has always worked flawlessly), I could load the entire OS without issues. Maybe this is a compatibility issue or I just got a dud - but I give up....

Pros: It does exactly what it advertises and I am pleased with the quality that came along with the low price ($15). I bought 2 of them and am satisfied with how they performed in migrating my old drives to my new replacement/upgrade system. There have been a few bad reviews, but as long as you don't try to make these babies do what they're incapable of, you'll be fine.

Cons: There were some complications that resulted in me taking the two full days of my weekend to work around, but I finally was able to get my old devices to work with my new build. Strange things initially, like one HDD became unknown to BIOS until I moved the SATA cable to another plug. I started with my optical drives both on the IDE channel and the hard drives using the SATA adapters. The drives were all immediately recognized which was great, but then my complications started. (See below.)

Overall Review: Upgraded from my old system with 4 IDE drives (2 DVD-RW, 2 hard drives) to my new mobo (GA-P45-UD3P) with only 1 IDE channel for 2 drives. The old Windows installation obviously shouldn't work with all new hardware, so I had to reinstall/repair Windows XP Pro SP2. I tried for several hours and repeatedly BSOD'd with various STOP errors. 12 hours later I finally, easily did the reinstall with just the boot drive and 1 optical drive (on the IDE cable). So just understand that if you reinstall Windows, you should do it on the IDE channel, not through the SATA adapter. Also, I finally gave in and ended up buying a new SATA HDD (WD5000AAKS for $60) then used free program XXClone to clone my old 40GB IDE boot drive to a 40GB boot partition on the new SATA drive and tossed the old drive out. Now I boot into a fast SATA drive with 460GB of added space without losing any functionality or programs from my old system. If you're upgrading your system as I did, I highly recommend you do the s

Cons: 'Does not work on IDE HDDs smaller than 137 Gb' (See below) Does not supply a Sata to IDE power converter, only cable converter. Slow shipping (surprisingly) Obviously not english. "Check he picture" "which already been plug in in defult" Slow USB Sata/IDE device works much better/faster.

Overall Review: I've seen dozens of complaints of this not working, it may be that your HDD is too small. Supposedly this is only meant for large HDDs, although I purchased this for my 40Gb Maxtor HDD and it's actually running fine, just VERY SLOW. This may be meant for older PSU (Power supply units) which still use 4 pin power connectors like IDE drives do, but mine has no such thing. Thankfully I had a USB to Sata/IDE converter that can power any type of HDD so I was able to power it anyways. Although it may be because of this that my 40Gb works when others won't? Its slow as mud, but it does work. I had something that couldn't be run through USB, so I purchased this. Buy a USB Sata/IDE device instead, it works much better for anything except formatting. (File systems changes don't work well through USB)

Pros: Works with no problems. Fits snuggly against the backside of the HD and has 2 soft cushion things on it to prevent it from actually rubbing against the HD. File transfers at decent rate, not extremely slow like other brands.

Cons: a little flimsy and was afraid of breaking it when i has having trouble disconnecting an SATA cable.

Overall Review: I've tried a few options for IDE to SATA and this is the only one im satisfied with. Also, I have only had this in my possession for a few hours at this point. so hopefully it will last.

Pros: The device works perfectly and has performed flawlessly.

Cons: Does not come with a SATA cable so you may need to buy one or unplug a drive.

Overall Review: I bought this to use in transfering data in XP to Vista switches. The old computers we were using have IDE drives and the new Vista PCs only have SATA connections. We have been moving large volumes of data with no problems to this point.