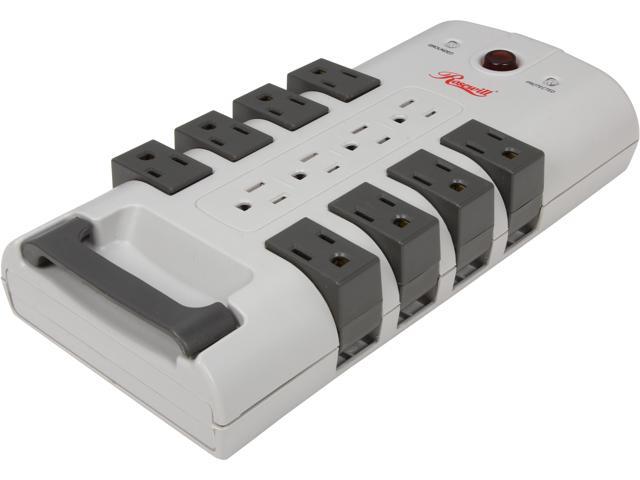 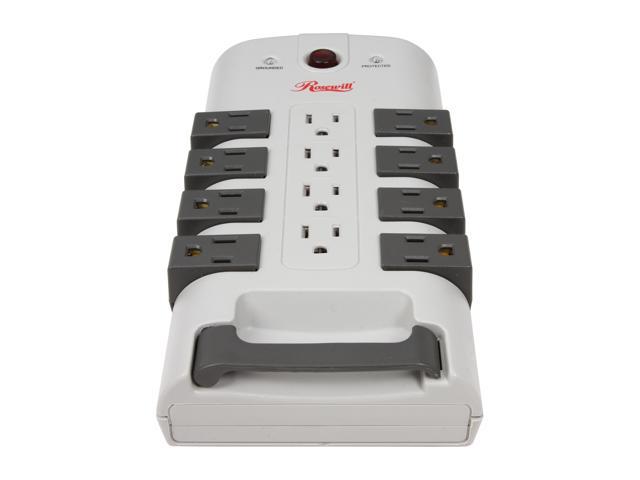 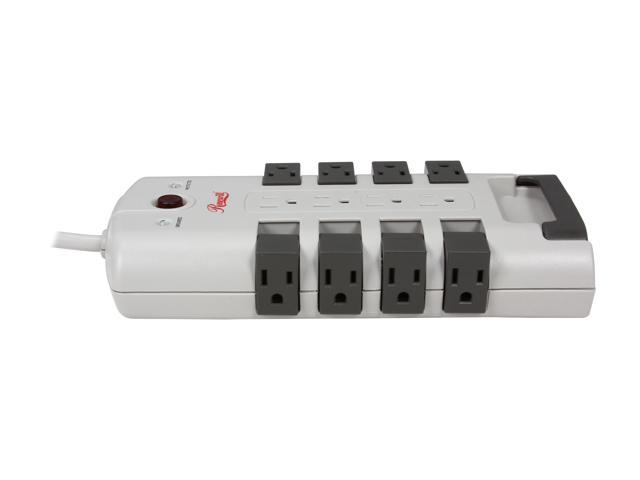 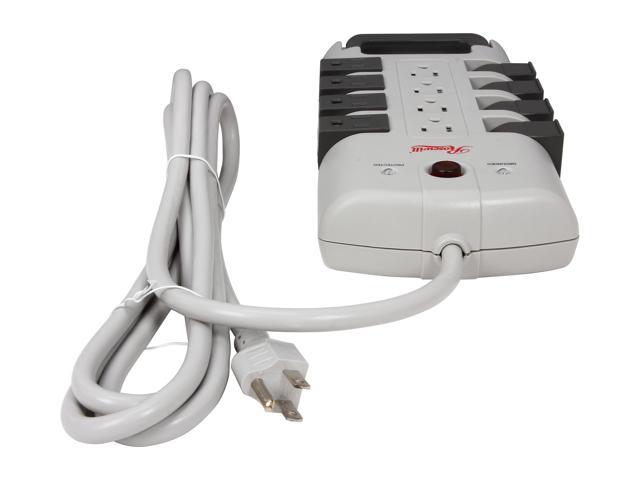 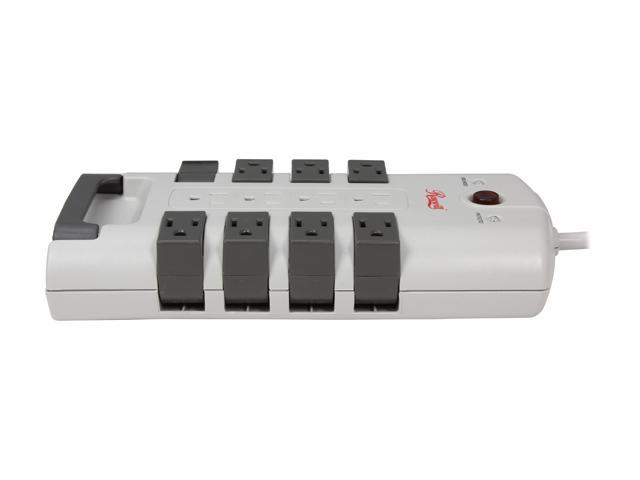 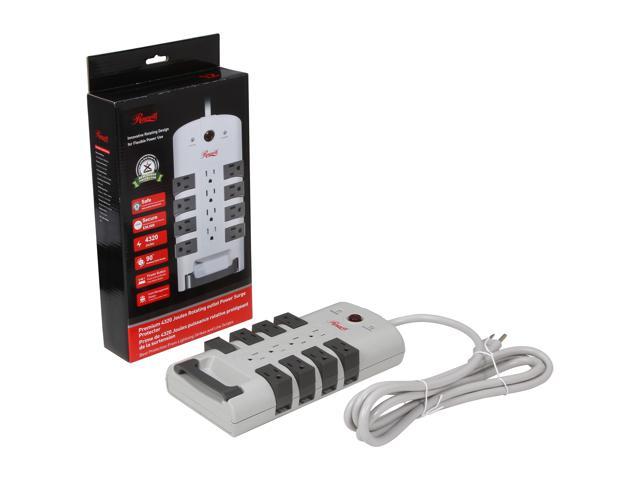 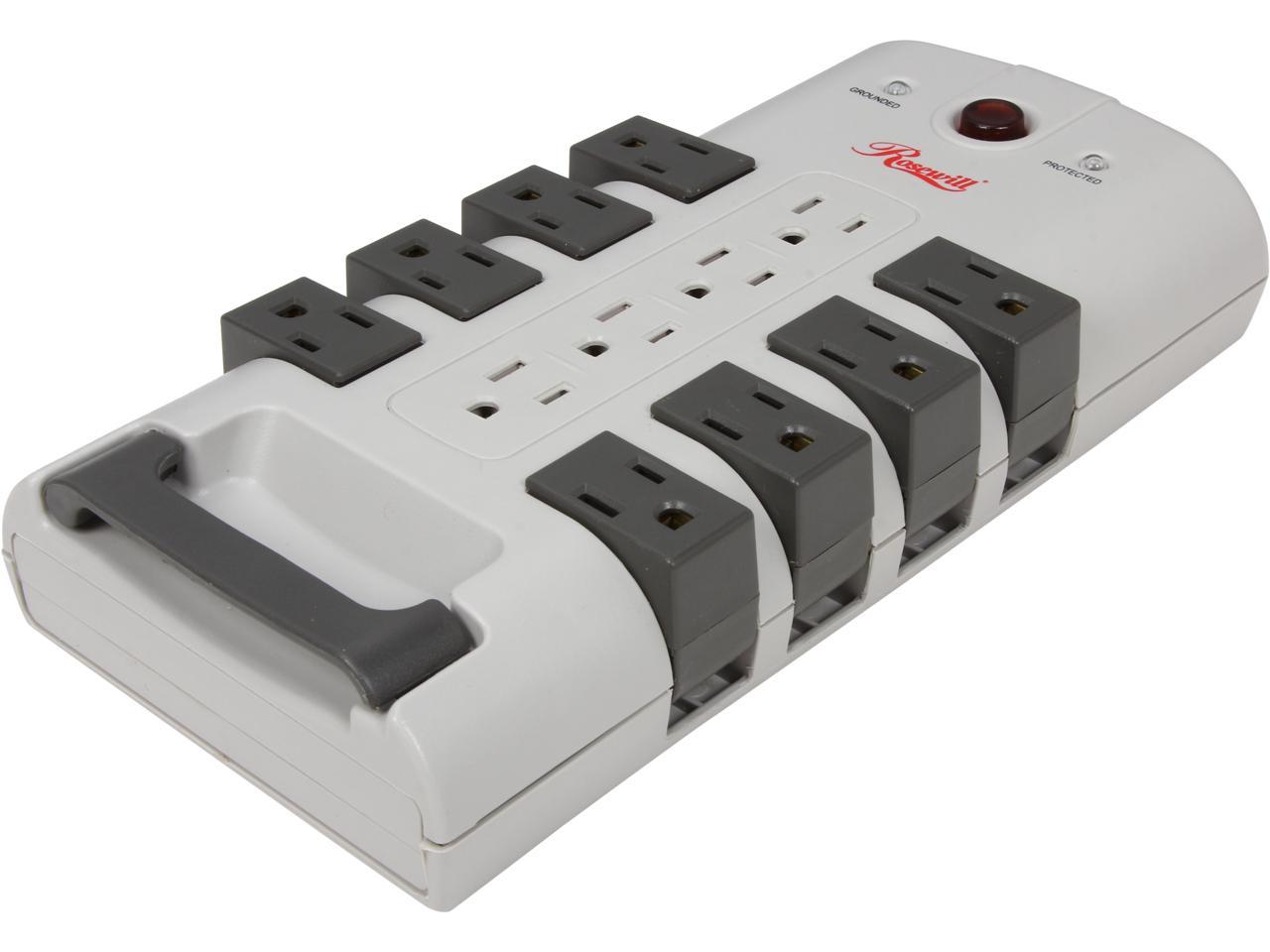 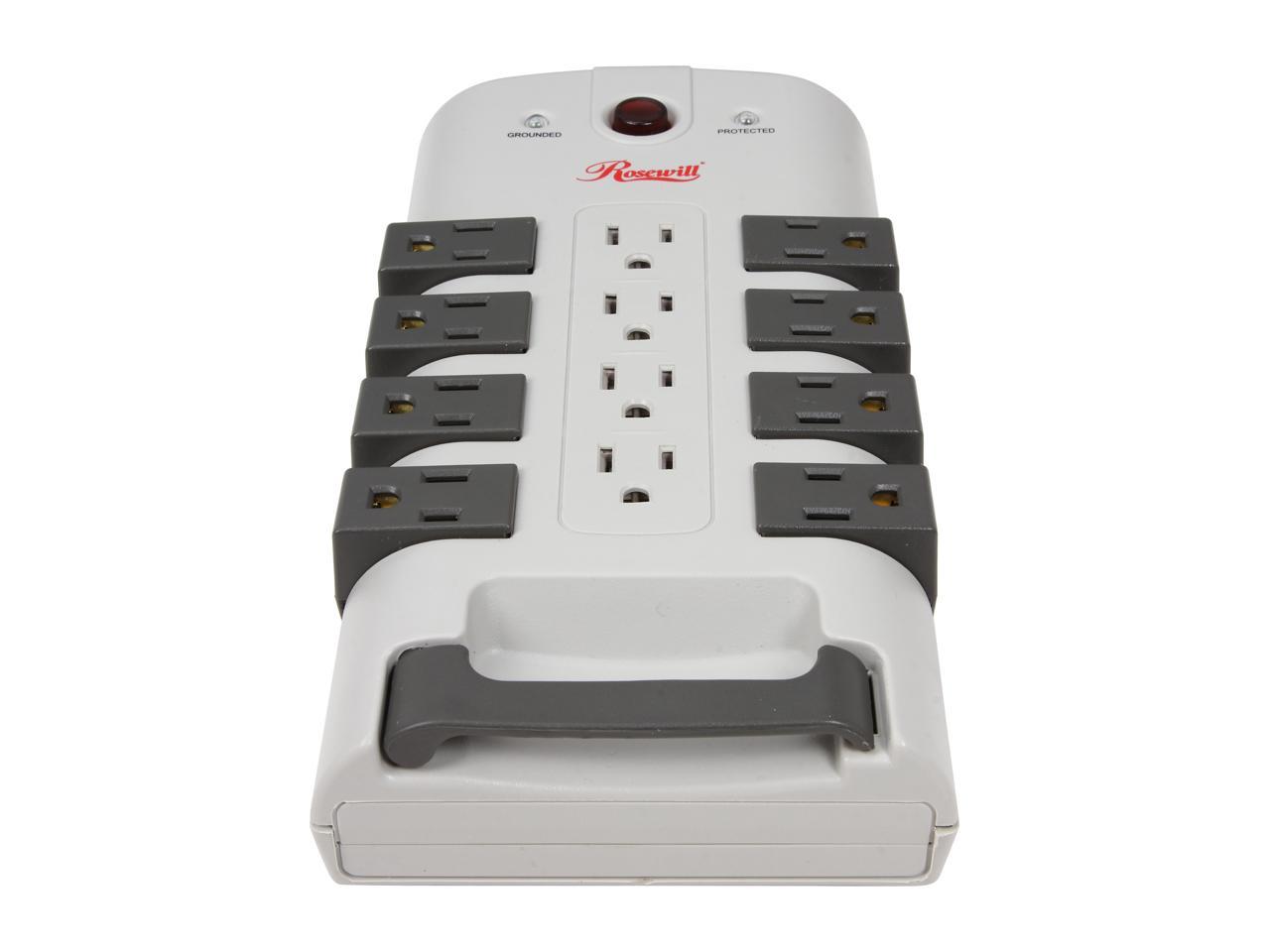 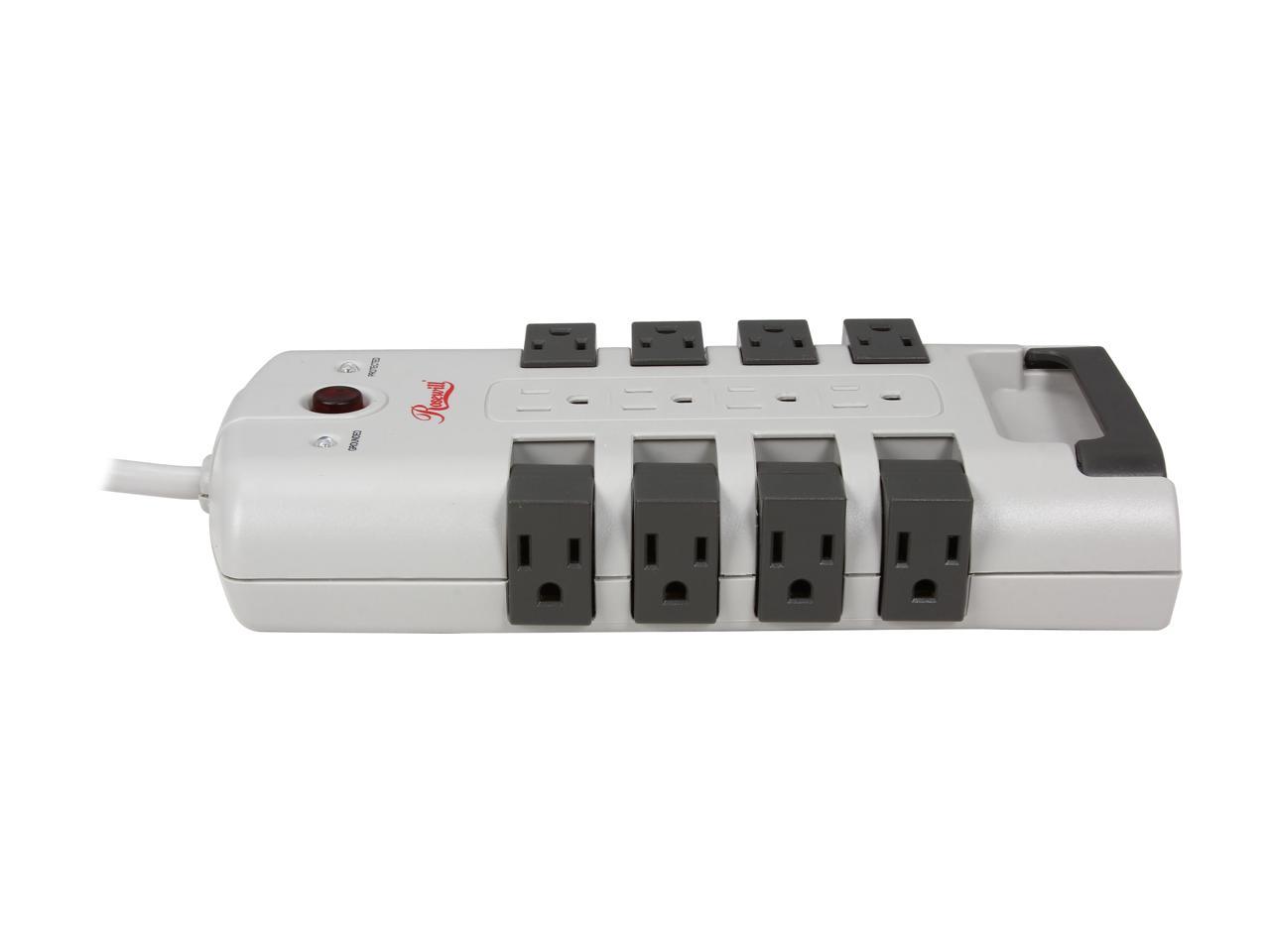 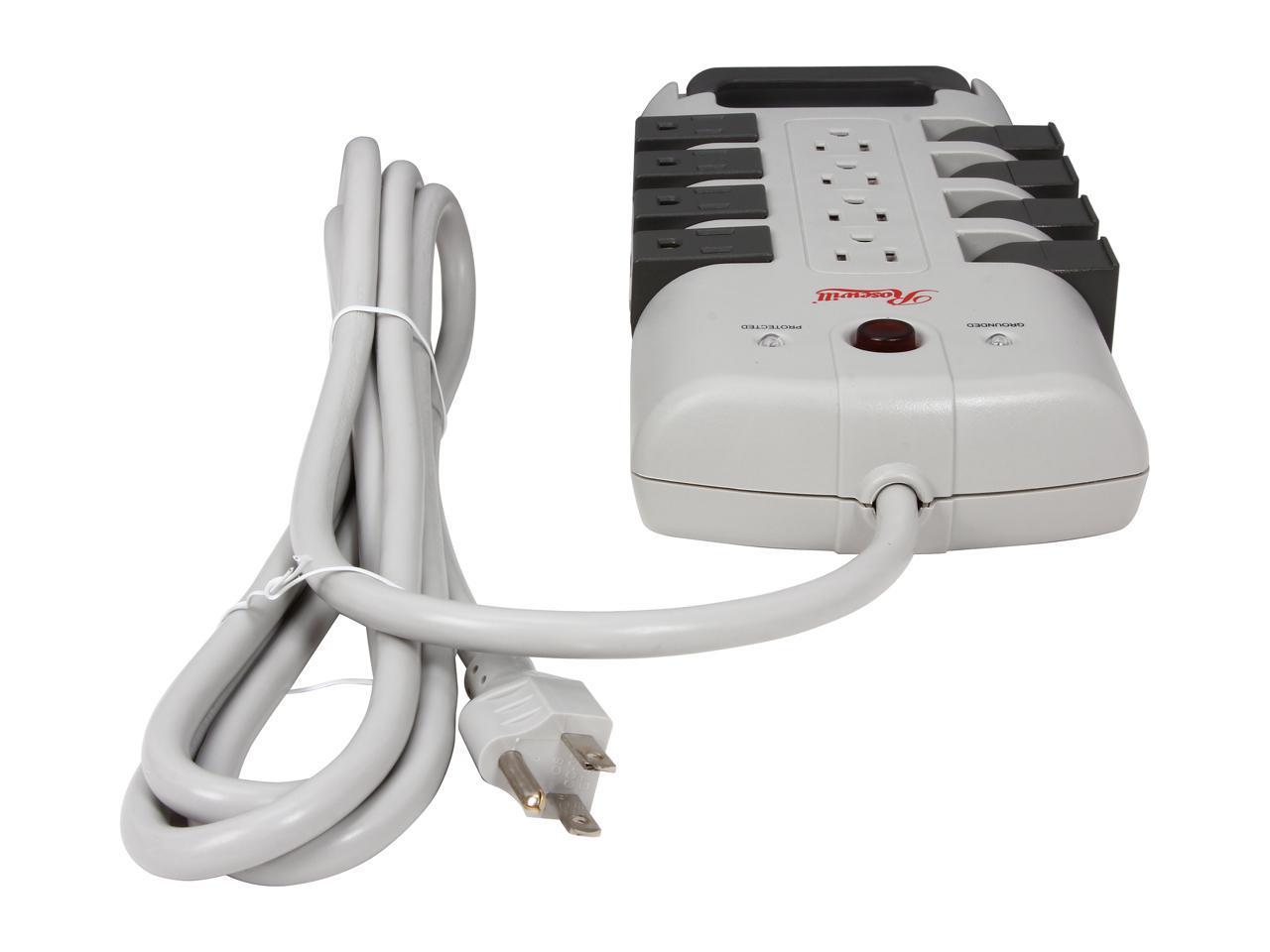 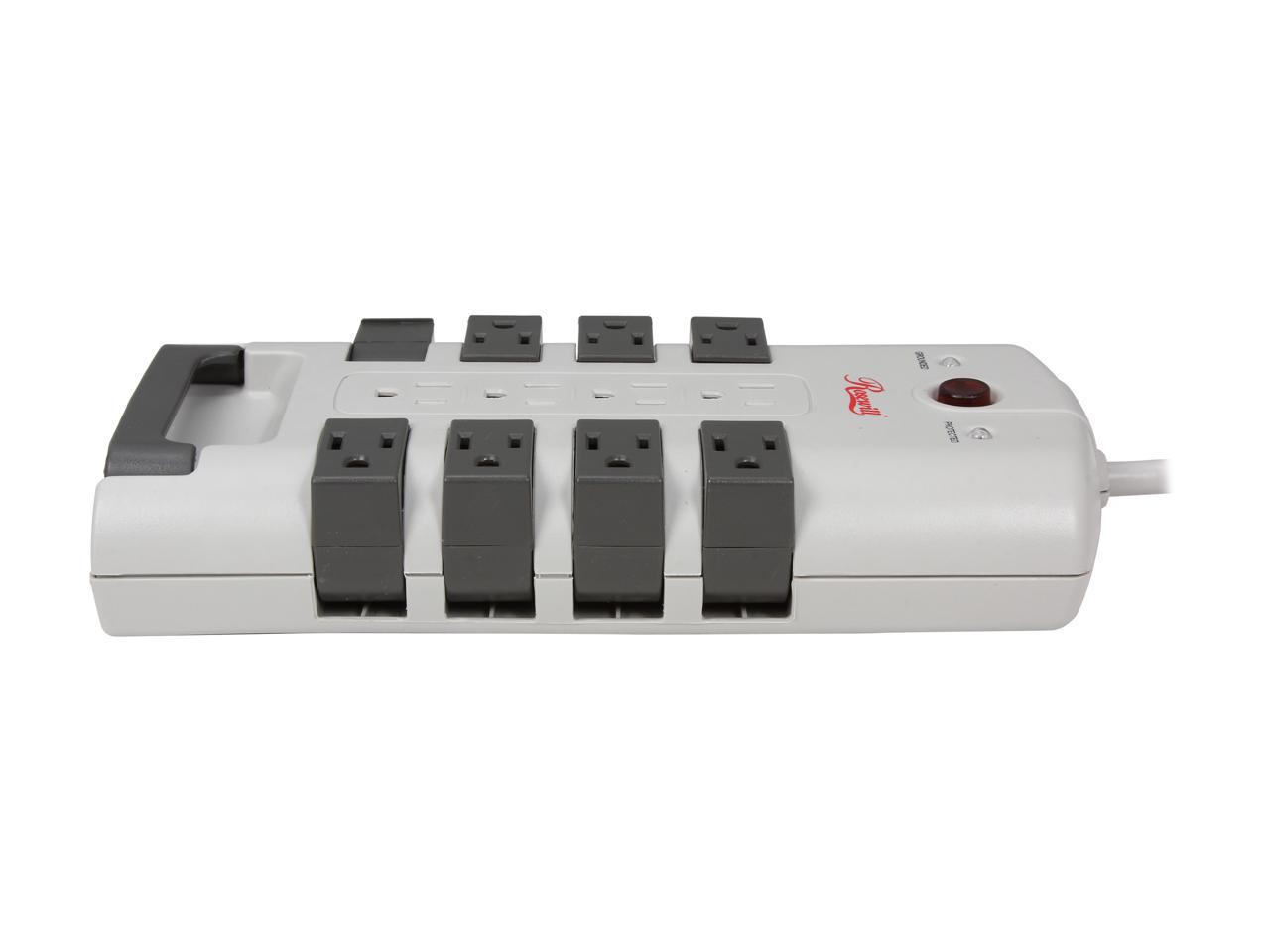 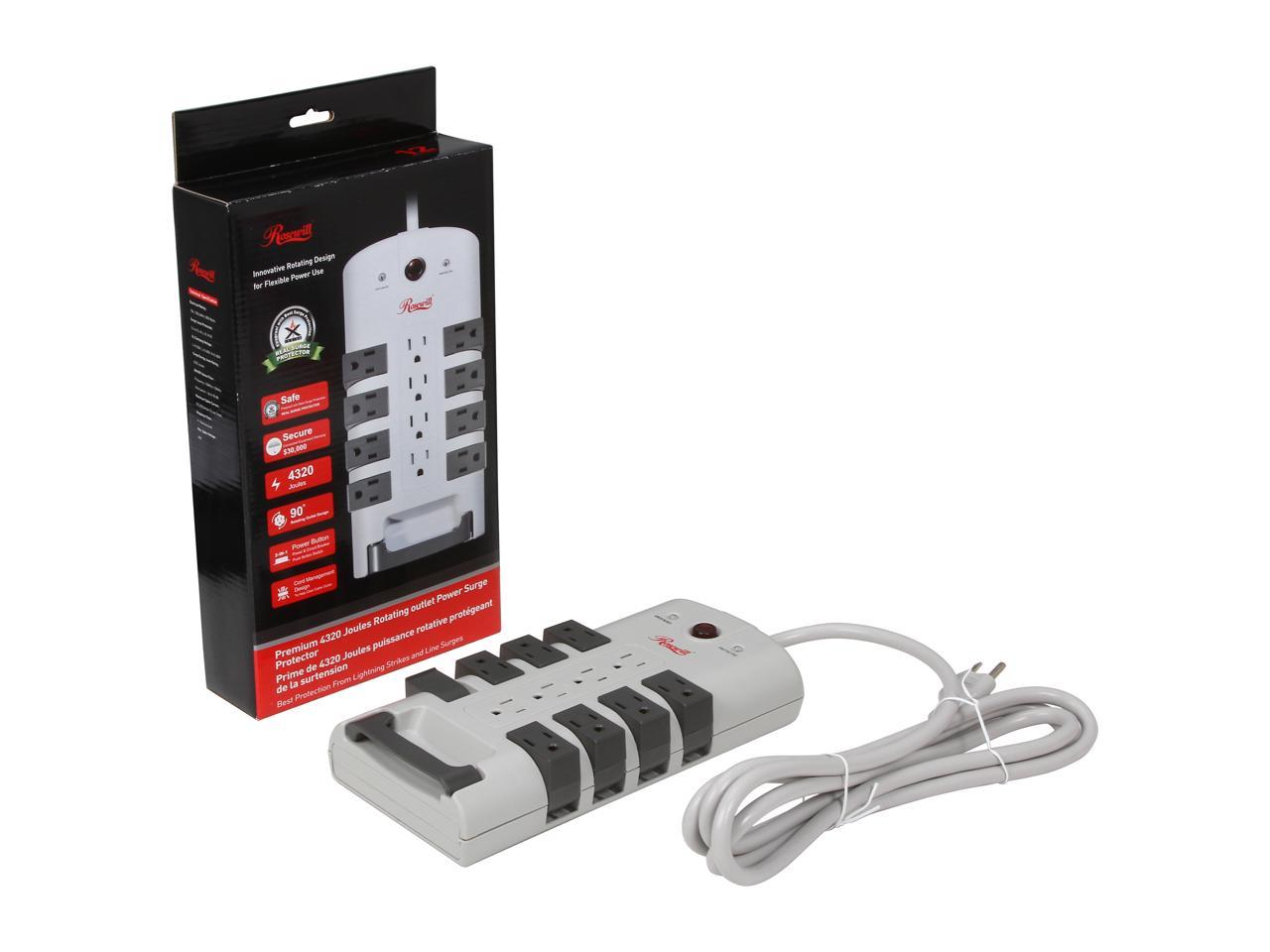 (4) Write a Review
OUT OF STOCK.
Overview
Specs
Reviews
Rotate to Adapt

The Rosewill RHSP-13007 Power Surge Block gives you more than you’d expect. Among the 12 surge-protected three-prong AC outlets, four are fixed and eight are 180-degree rotatable. This design makes the power surge block a great solution to accommodate multiple bulky adapters, or to cover scenarios where your electronic devices are placed far away from each other. Rest assured that the power surge block and your connected electronic devices will be free from any power abnormalities. It provides protection from surges, spikes and overload conditions, filters EMI and RFI, and is also fireproof. It has an 8ft cord for flexible placement.

More Outlets in a Clever Layout

Up to 12 AC outlets (four fixed and eight rotatable) on a single power surge block make it possible to power or charge all your electrical equipment with minimum cable tangling. The layout of the outlets is clever. The fixed outlets are in the middle, while among the eight rotatable outlets, four are on the left side and the other four are on the right side. The rotatable outlets can be rotated up to 180 degrees. So you can tune them to face upward or sideway. The rotatable design makes the power surge block perfect for situations where your various electrical devices are placed far from each other and where you need to plug in multiple bulky adapters. Gigantic 4230 joules protection directs away damages from even the most harmful surges and spikes. The built-in Fireproof X3 MOV eliminates the danger of fire. The two-in-one power and circuit breaker switch launches automatic shutdown when overload occurs. Moreover, the power surge block offers up to 58dB of EMI/RFI filtering. The two indicators show whether your power surge block is in ground mode and protected mode at a glance.

Learn more about the Rosewill RHSP-13007

Pros: Wonderful for plugging in all those oddly shaped wall warts that cover multiple outlets on straight power strips Power cord length is what all such things should be Seems well made and durable

Cons: None really. If you only need a three-foot cord then the extra length can get in the way. Life is hard, eh? The worst part about electronics is all those dang wires!

Overall Review: Very useful on an electronics bench where you never have enough outlets and often need to plug in 2-3 power cubes just to get one project started. Or in your PC corner where you have the same problem: 2 monitors, PC, USB hub, camera charger, phone charger, printer(s), ethernet switch, blah blah blah.

Cons: None yet, I will update if something breaks.

Overall Review: I have not had 12 devices plugged in and running at the same time. I bought it on sale for $20 plus a $10 MIR

Cons: the quality of construction and material seems a little cheap at the suggested price of $35

Overall Review: this appears to be the same model as BELKIN BP112230-08 and Minuteman MMS7120RCT (with the exception of the coax/phone protection) that sell for $35+ at NE