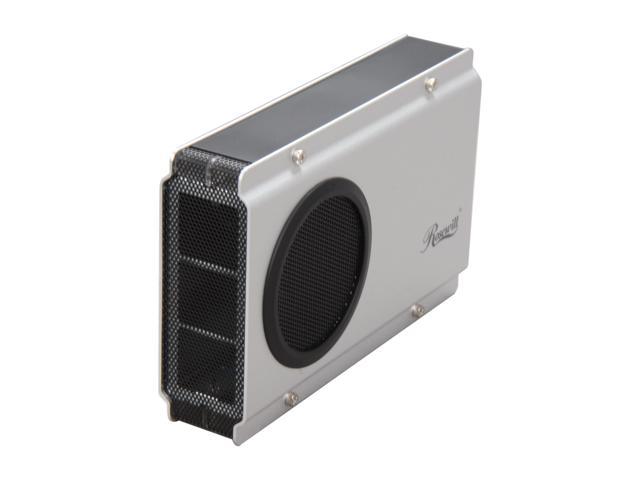 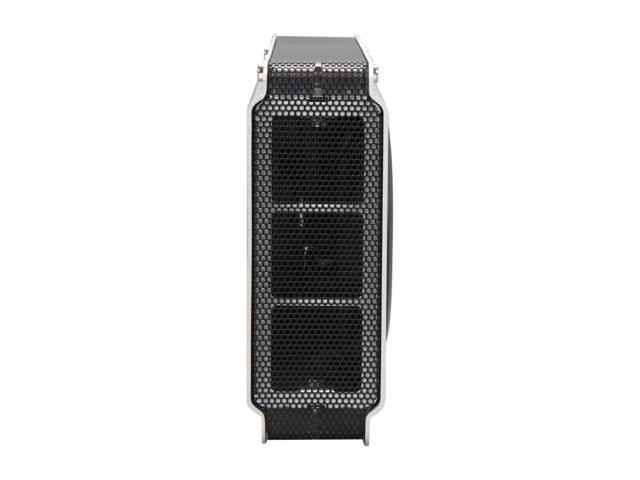 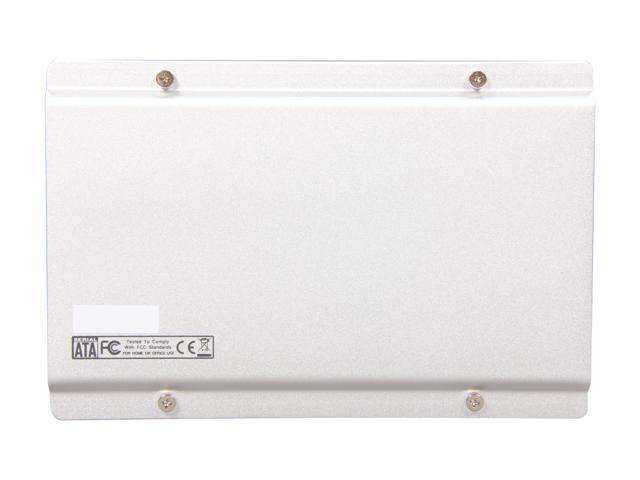 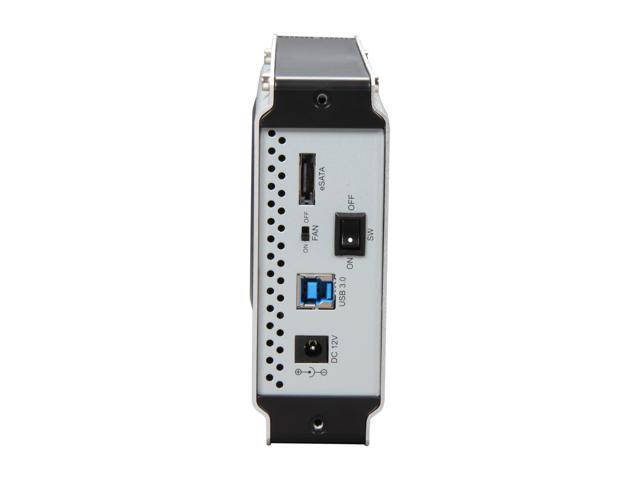 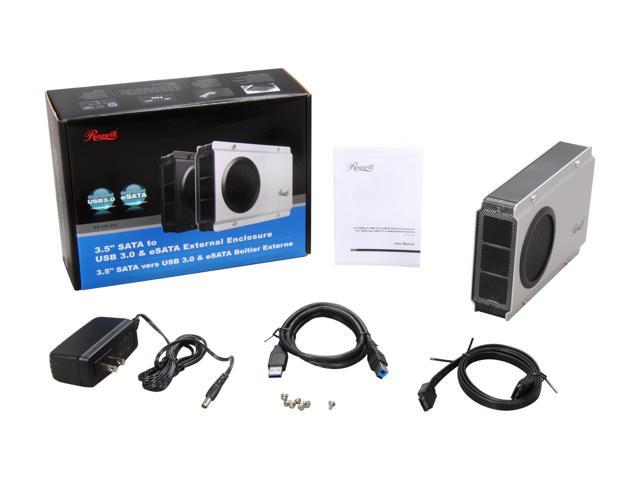 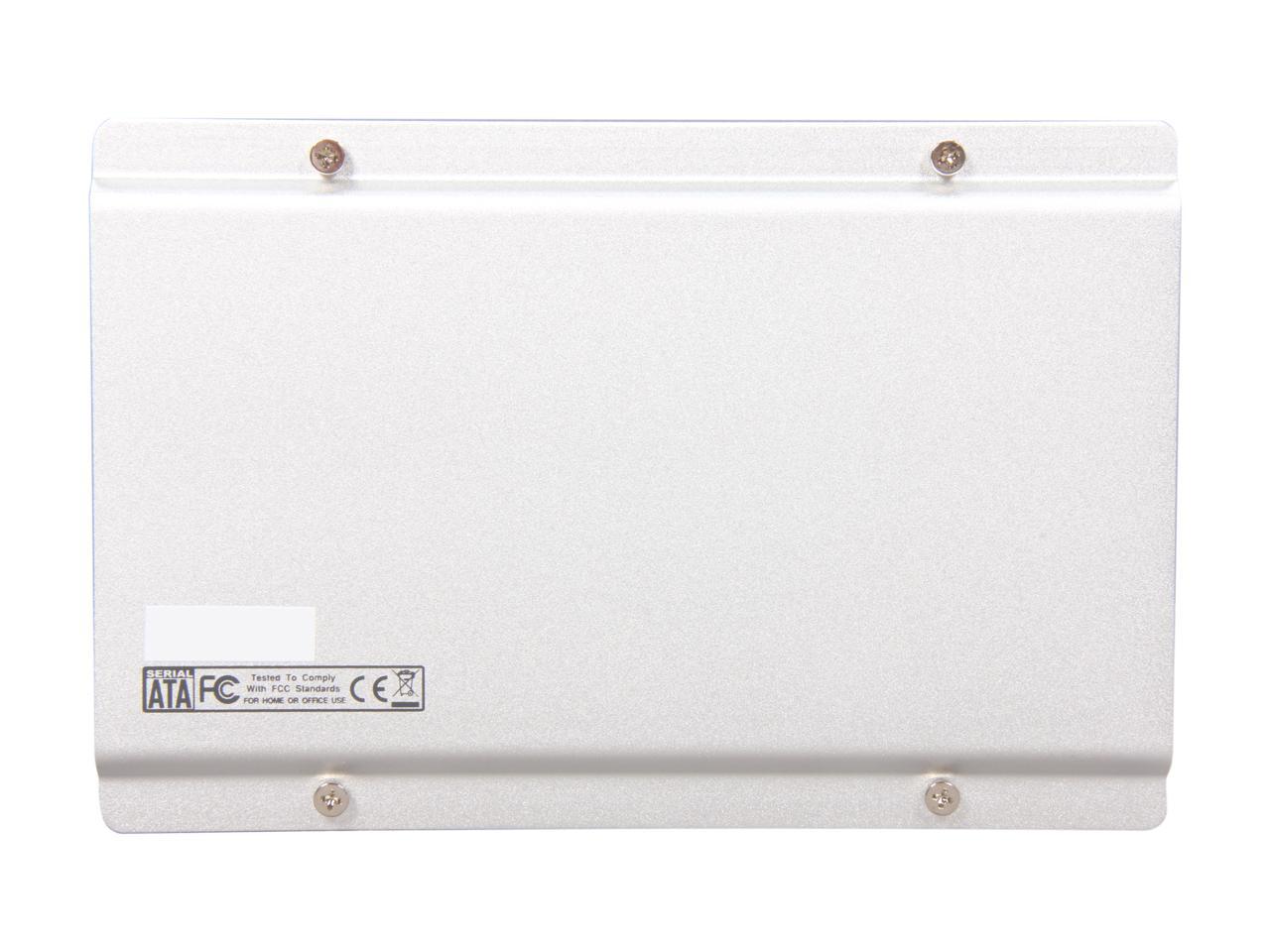 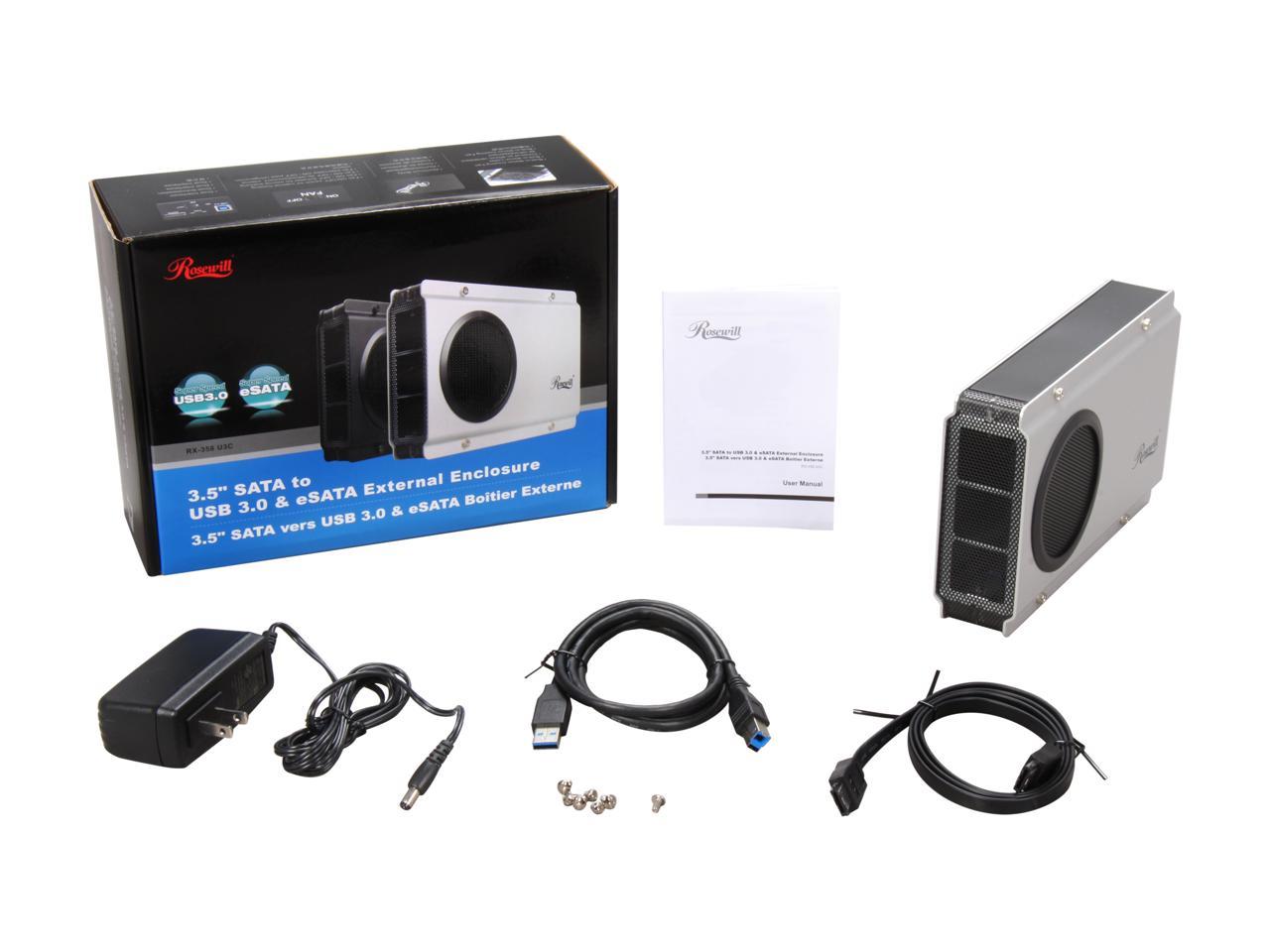 (189) Write a Review
OUT OF STOCK.
Specs
Reviews

Pros: I can load quickly at 125MB per second through eSata and when I take the drive to school, I will load others using USB3 which is very quick as well (same files at 83MB per second). Very nice to have two different FAST transfer methods on one drive. One of them being common to what everyone has "USB". I have other enclosures but not as versatile as this one

Overall Review: With Class room teachings and music, it would be real cool to be able to connect this drive up to my Home Entertainment Center. Plug and play content of this drive. I would buy a bunch of them.

Pros: Since I started buying these in 2007, these have always worked. I've recently used them with 8 TB disk drives, for which other external cases failed. For Rosewill cases in my office, I move disk drives in/out of the Rosewill case, so I leave the lid loose, though I add four 1/2" rubber bumpers on the fan side to place the Rosewill case fan-side down. The 80 mm fan and aluminum case keeps disk drives cool. I like these drives for two main reasons: (1) the cover needn't be bolted on (2) the case has an 80 mm cooling fan.

Cons: It would be nice to have high bumpers on the fan side. I like to place these Rosewill cases fan down, sometimes because I set the aluminum lid on top without screws. With both covers bolted on, this becomes unimportant and I set the Rosewill case fan up.

Overall Review: When I only want a 500 GB external drive, I use a 2.5 inch small external case which requires no 110 volt power source. I generally buy at least one of these Rosewill RX-358 every year -- they're a good work horse. Recently, my office forced me to change from Debian Linux to RedHat Linux, and limited any additions; native RedHat Enterprise Linux will not work with any of my USB ports, so I used Rosewill's eSATA port -- as I said, it's a work horse.

Cons: Oddball 80mm fan. This is a minor issue, but may be hard to find if you need a replacement. A bit noisy when the fan is switched on, but no big deal.

Overall Review: I own several. I recently contacted Rosewill to see if the enclosure would handle a 4TB HDD. I have been using them with 3TB. Rosewill tech support wouldn't give me a straight answer, so I chanced it and ordered a Seagate 4TB. It works fine in this enclosure. Lastly, I use the enclosure primarily over eSATA. I've tried it only a few time with USB 3, so I can't speak to the complaints of other reviewers.

Cons: - Box label information is not updated to current compatibility

Overall Review: I noticed that the front of the box says compatible up to 8TB (which had me worried). I saw that someone else had already contacted Rosewill regarding compatible sizes and they confirmed that the box just had not been updated, however it seemed from that person's review that they were uncertain if it would in fact work with a 16TB HD (I assume they bought it with the plan to upgrade at a later date). I purchased this enclosure with the 16TB IronWolf HD from seagate. I'm using this HD on OSX and it initialized within 20seconds of powering on and the OS recognizes this HD at 16TB. As far as my experience goes with Rosewill, I have a 1500W PSU from them that is of high quality (I've been using it about 2yrs now without issue). This enclosure feels solid and I like the access for exchanging the HD. Despite the mislabelled box I don't anticipate any issues. Cheers!

Pros: (Update 2018: Took a chance and put in the 8tb HGST Deskstar NAS HDD to be used for storage. This size is larger then specified it can run, but it seems fine. I chose the NAS cause it uses less power then others. Sounds the same as my other 4tb version, heat feels ok, others are reporting larger drives are working for them. No problems with it so far after months of occasional use.) Beautiful enclosure, I love em. Solid build, stong, sturdy even without feet.

Cons: (Update 2018: Something must have updated with my computer because I'm not really having this issue any more, not sure why.) My computer/mobo is kinda dated I think, and I think it's configured differently or something. Most of the time, my pc won't recognize the enclosure immediately, but it always does eventually. Ultimately, after it's recognized, it's NEVER flakey. Never had a single issue. Most of the time, I'll power on the enclosure, and hear the Windows chime (new device), but then nothing happens. After a minute or so, I will hear the Windows chime again (the disconnect sound). That's my cue to unplug the USB cord, wait 10 seconds, then plug it back in while enclosure remains on. Recognized, done, never fails. Alternately, I could power off and then on again, and it will recognize it that way, usually. Sometimes I'll just power on the device first and wait a minute before plugging in the usb, then it will see it after the minute. Other times, it'll just work right away when already plugged in. It varies. I feel it's risky plugging/unplugging with the USB3, cause I was thinkin USB3 has some juice in there while the enclosure is powered ON, still not sure though. But I eventually tried it anyway, and it doesn't 'seem' to damage anything. Regardless, I'll usually (hot) unplug/re-plug if using USB2. When using USB3, I use the 'power off/on' method to be safe. As for the SATA, it will only work if I power down my pc first, then start the enclosure before powering the pc back on. I'm sure there's a fix to this minor inconvenience, but I haven't done enough research to bother.

Overall Review: I have two new ones and one old version and all still work great. Keep em clean and handle with care.

Cons: Using eSATA, the system fails to recognize the drive after copying a few files and locks up (Win 7 Pro x64). Reboot, repeat, reboot, repeat, .............. I am not alone in having this problem. The HDD itself is sound as evidenced by using the Rosewill box with its USB connection, and the computer's eSATA port functions correctly with another eSATA device.

Overall Review: Not recommended for either eSATA or just USB as there are less expensive boxes offering USB. I am returning my purchase for refund. Very disappointed.

Manufacturer Response:
Dear Customer, I am so sorry. The problem you have experienced is most likely due to a rare defective RX-358 U3C BLK. Please rest assured that we are willing to assist you with a replacement under warranty coverage. Please contact us with an electronic copy of order invoice and we can further assist you. Phone: 1- 800-575-9885 Email: rma@rosewill.com Email2: techsupport@rosewill.com Thanks, Rosewill Customer Care
Anonymous
Ownership: 1 week to 1 month
Verified Owner
Possibly the nicest enclosure I've owned5/27/2012 6:47:54 PM

Pros: I have had MANY enclosures, and this is probably the best. It's easy to put together and take apart, well constructed from quality materials, VERY well ventilated, with a relatively large fan, fairly quiet too. This will not only recognize over 2TB, but will ADDRESS it too. Tested on a couple 3TB drives, with over 2TB of data, and it works great. Good transfer rate too.

Cons: USB 3.0 is a little squirrelly, but that's USB 3.0, not this enclosure. You may not get it to recognize the drive inside of it the first time, and have to power it off and back on again. It will work the second time though. If you use eSATA or USB 2.0 it should work first time.

Overall Review: Keep in mind, you need a 64 bit OS for this to work over 2TB, like an x64 Linux distro or Windows 7 x64. That's the only caveat though, otherwise this will work in any situation. Most enclosures can't address 3TB or if they can, a drive will either work on the enclosure, or everything else, not both, and you have to wipe it to change which it works with. This one works without any such issues. I highly recommend it.

Pros: I wanted an inexpensive Hard Disc enclosure that would recognize and work with Disc's above 2 TB's. This enclosure had no problem formatting several 4 TB 7200 RPM Hitachi Desktop Hard Drives.

Cons: For the price, no cons.

Overall Review: I have several spare enclosures and docks that I have used in the past to format Hard drives with. Sadly they could only recognize Discs that were no larger than 1.8 and 2.2 Terrabytes. This well made, inexpensive enclosure made it easy to format four new Hitachi 4TB Discs. I used Apples Disc Utility app. with my MacBook Air to do the formatting. NewEgg positively ROCKS!!!