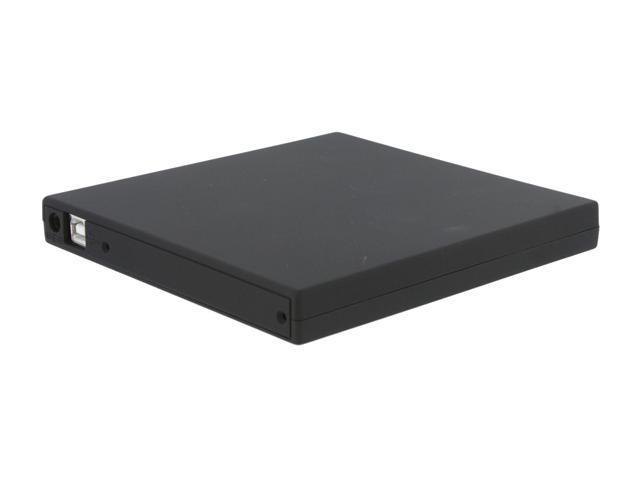 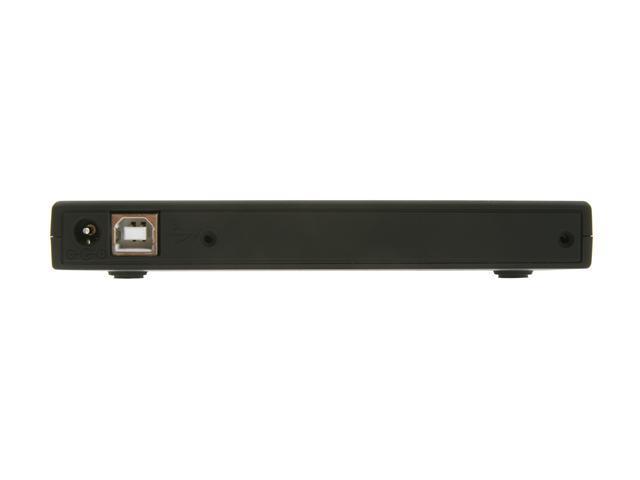 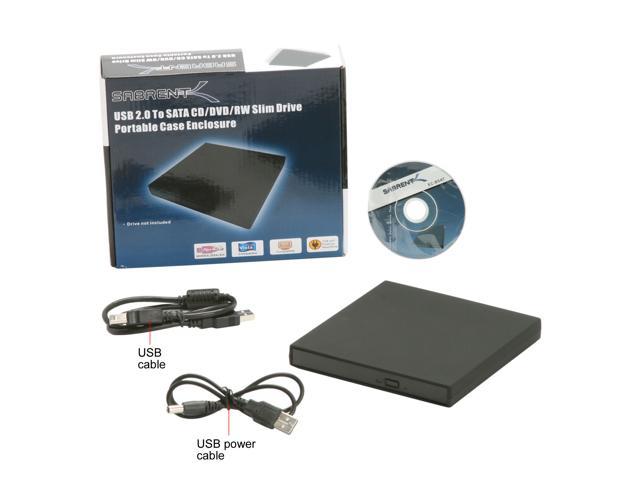 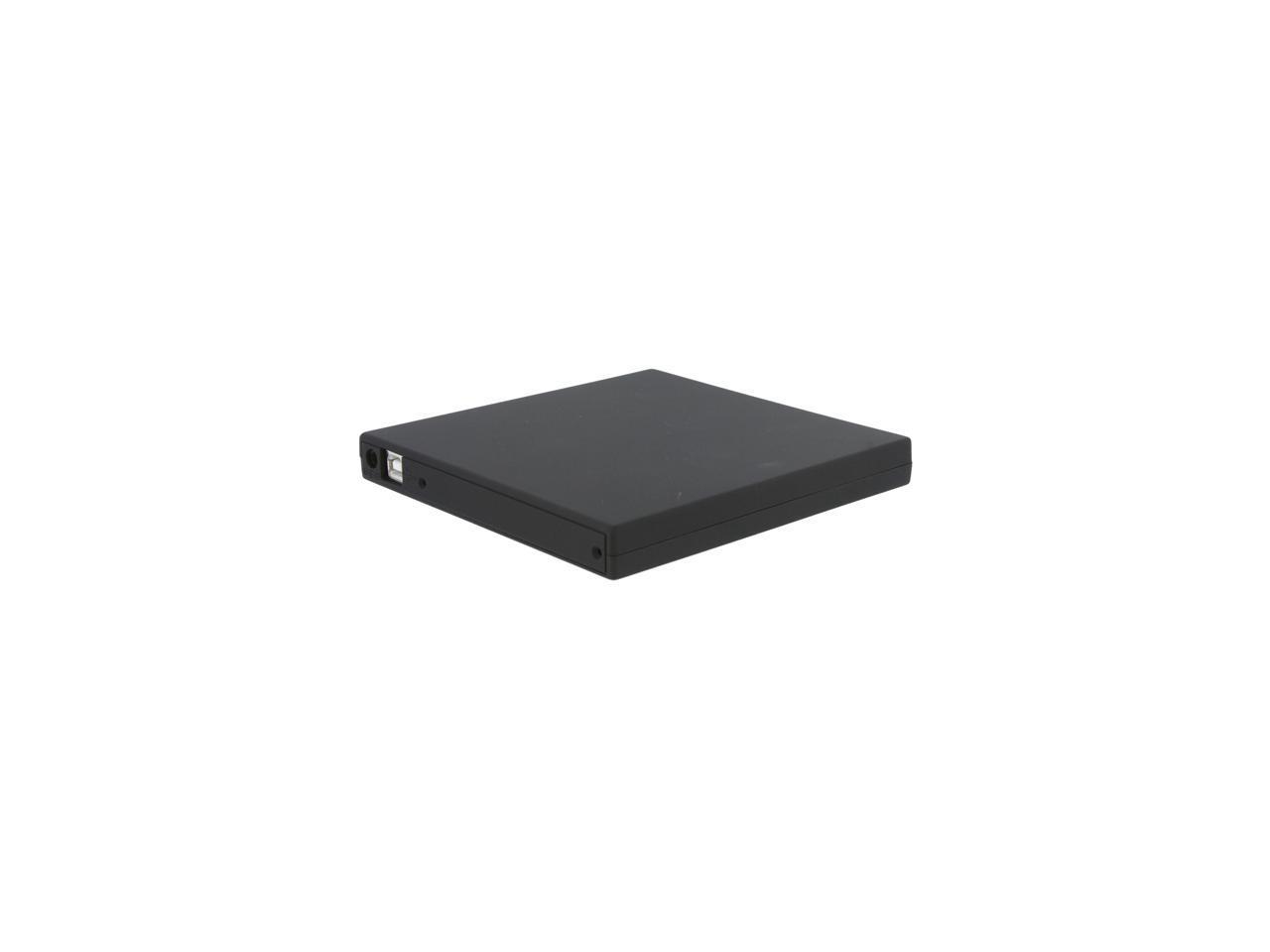 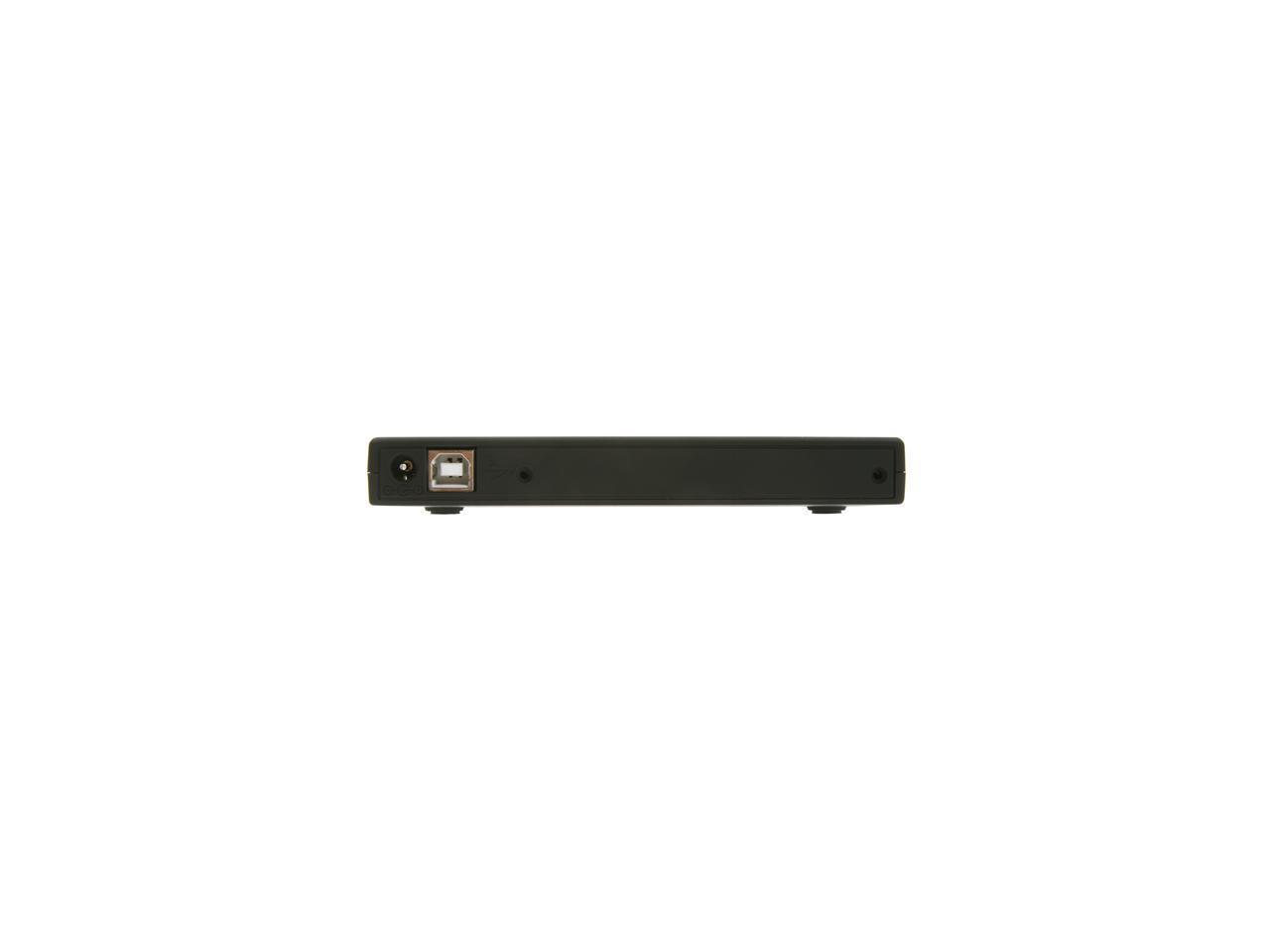 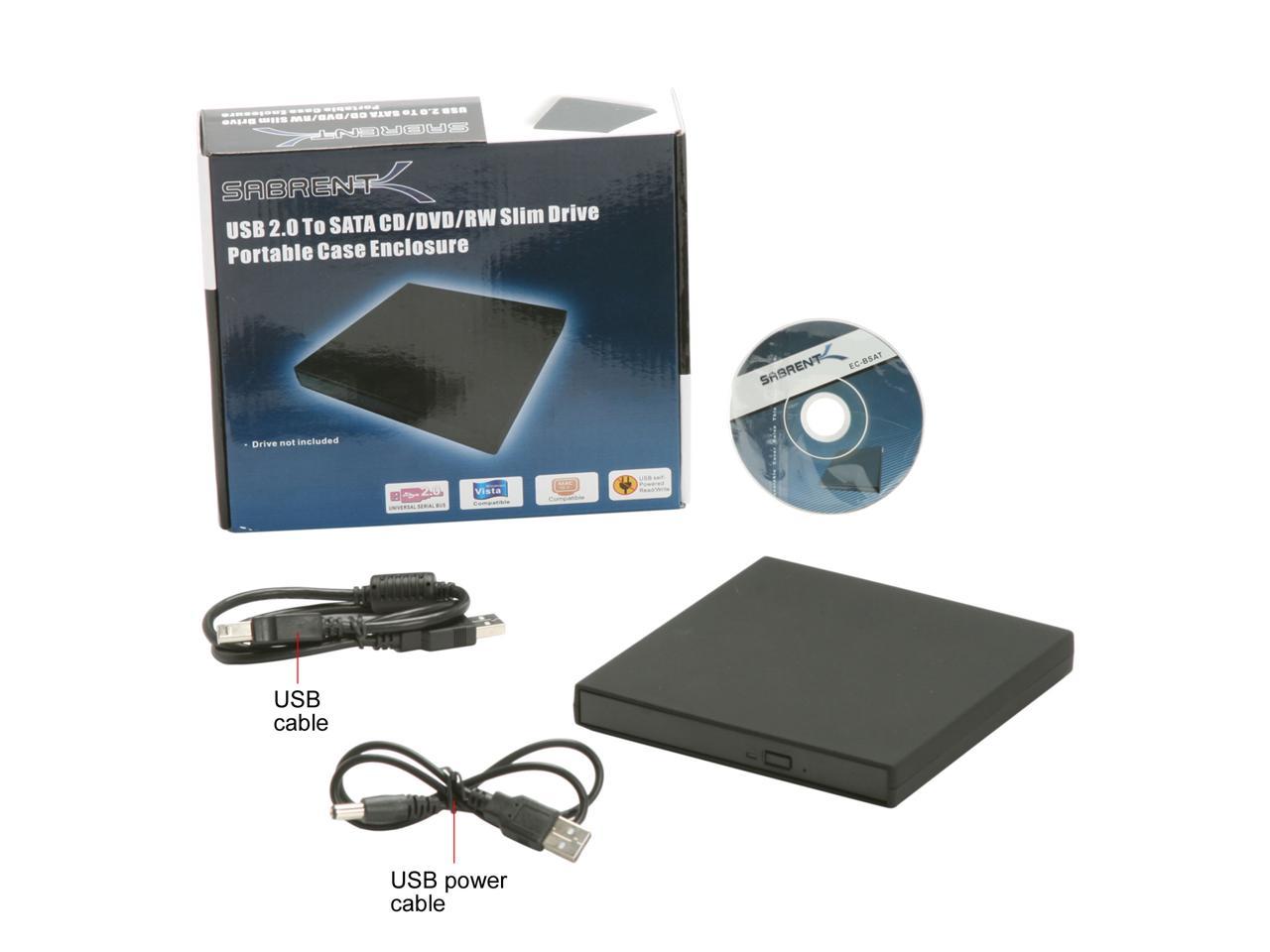 Learn more about the Sabrent EC-BSAT

Pros: Got this case, ended up being the wrong one(my fault) Shipped really fast. Contacted customer service, no problem crediting me for it so I could get the right one.

Pros: While this enclosure does work fine electronically (its fast enough for most tasks involving CDs and DVDs), it does have some mechanical issues.

Cons: The front cover had the tabs all in the wrong places for my drive. I could only clip on the tab furthest to the right. I broke off all the others and ended up taping the thing on!<br>However, the more serious problem with it is that NO STANDARD USB PORTS ANYWHERE CAN GIVE IT ENOUGH POWER! On all three computers I tested it on, it would start to spin up, and then it would die. It would then attempt to spin up again, and again die, making an endless loop (a brownout loop, for the technically inclined!) <br> I ended up using an old 2A 5V transformer to supply it with enough power. Now it works great, however, your average Joe isn't going to know why it can't even play a CD without dying! EDIT AFTER THREE MONTHS: It doesn't work at all. It won't spin up a CD - I've tried three different CD drives in it, with the same result. It simply does not work. !!!DO NOT BUY!!!

Overall Review: If you want to use this to turn an old laptop drive into a USB drive, then go away. however, you will need to know some simple "hacking" skills just to use it! And it will die after a few months completely.

Overall Review: HP laptop re-assembly with a new HDD caddy needs screws and anchor tab from the removed CD/DVD-RW. Longer screws were needed to secure the anchor tab. The exact screw needed was packaged as extra hardware with the Sabrent kit!

Pros: It's a lot sturdier and better looking in person than in the pics. regular USB plug. I hate mini-USB ports and I avoid them at all cost. I had no problems with the screws as reported by other people. Mine went in just fine and my DVD drive closes and opens just fine. Absolutely no complains

Cons: The power cable is too short, but that's to be expected.

Overall Review: I'm very happy with this product and I would not hesitate to recommend it to people. I'm more satisfied with it than I thought I'd be.

Cons: Horrible. Cheap plastic and arrived broken, not surprising from how poorly made it is. The "enclosure" is 2 plastic pieces put together and are a pain to take apart. The connection in the back isn't even attached to the case, it's merely a piece of PCB with a sata connection. Poorly made, as the Sata piece wasn't even on the pins out of the box.

Overall Review: To add to it, the box has typos and grammatical errors. Just another poor showing from Sabrent. Steer clear and buy from a real brand.

Pros: - Smaller form factor than rosewill case AND dvd drive variant. - Does what it is suppose to ... reads cd and dvd's just fine. Still have yet to test the burn feature.

Cons: - Had issues installing both screws to secure it. It's easy to do one screw, but not recommneded since you may have tray closure issues. - Screw tension, KEEP LOOSE (but secured). My cd tray would not lock if it was too tight. - Existing face plate with Samsung drive did not allow tray to close/open well. - Using existing face plate on cd, had to BEND/Flex the case entry way to make the cd tray close better and allow for the cd tray to release when you press the eject button.

Overall Review: I bought these erroneously thinking it came with a dvd drive. Parsing the item you did not know it, but, I need to read better.... my bad. So np, bought the samsung sata slim cd variant (from newegg too). BTW ordered 3 of these for my large IT team, so the pro's and con's applied to all 3. Therefore, it was not just 1 troublesome unit (unless it was specific to a batch). Would I buy it again... NO. Newegg had a special on another unit which had the enclosure and dvd drive for 10 dollar less on a special a day later. =(. Also the COMPLETE Rosewill varients came out 3 bux cheaper after I bought everthing and had free stuff that came with it.=( OK.. lesson here for me READ.... I bet you did not have to "rig" those complete units to make them work. I give this 3 stars NOT taking into account that I did not read the description well.

Pros: Drive slides in and attaches with 2 screws. (see cons) Standard size USB connector (not slim) so easy to get a longer cable if needed. Has separate USB power cable that isn't always needed so can be left out if you don't.

Cons: Screws were about 1/8" too long so when installed I couldn't eject or close the drive. I cut them shorter and its fine now. Had to file the edges of the drive door because it was too tight. Not really a con though since it comes with a faceplate that fits fine, I jsut wanted it to say CDRW-DVD on it instead of being plain.

Overall Review: Will probably order another one in a few days since other than the screws its fine. Just snip them a little if they are too long for your drive and call it good.