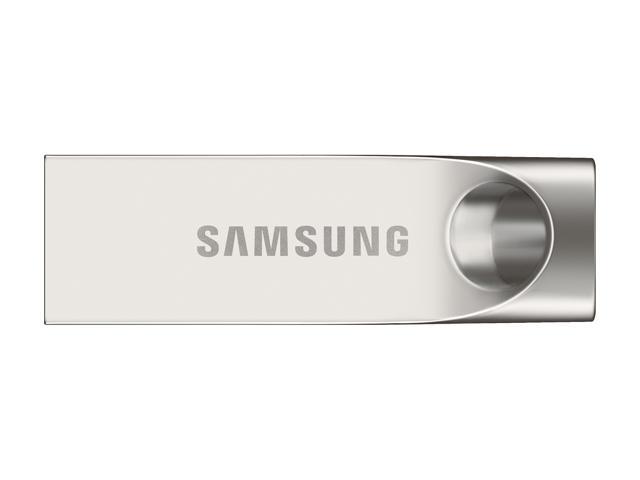 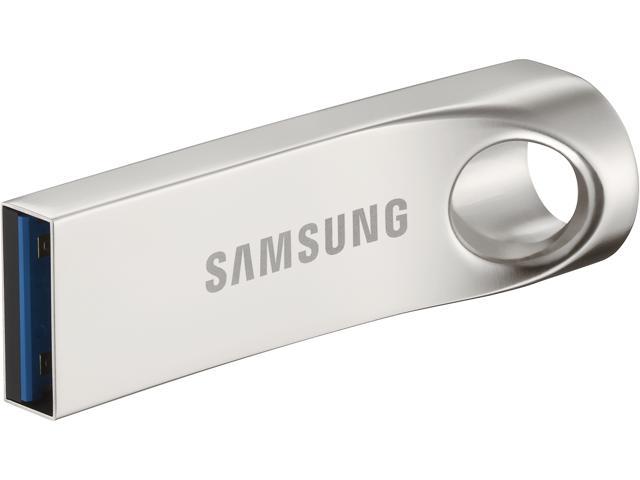 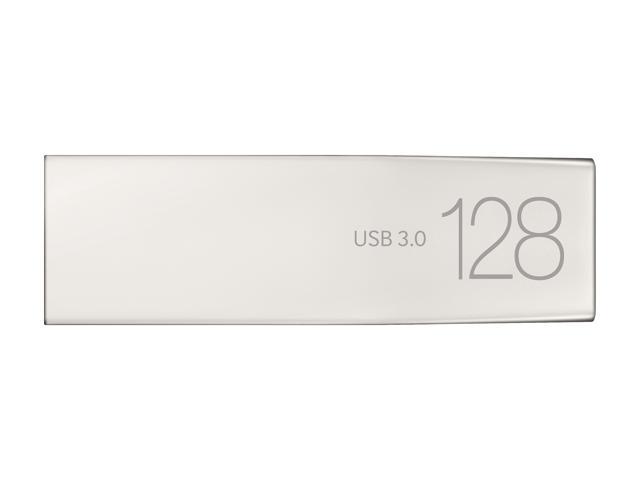 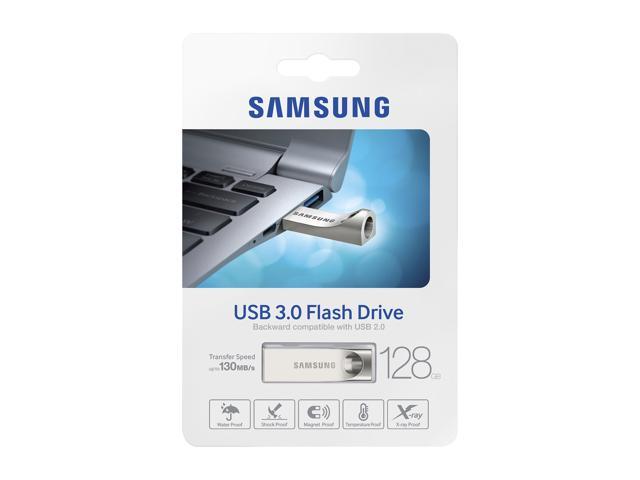 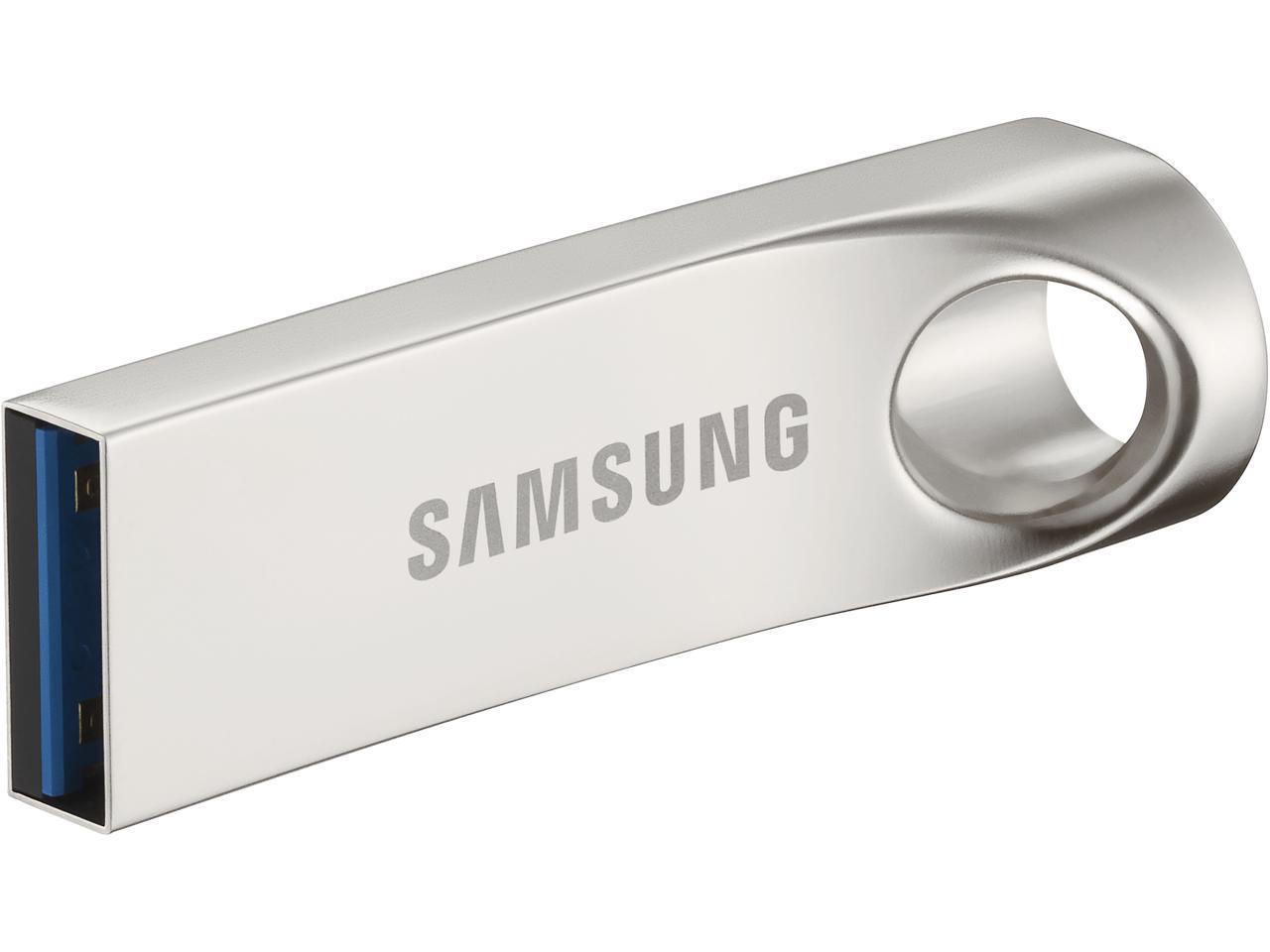 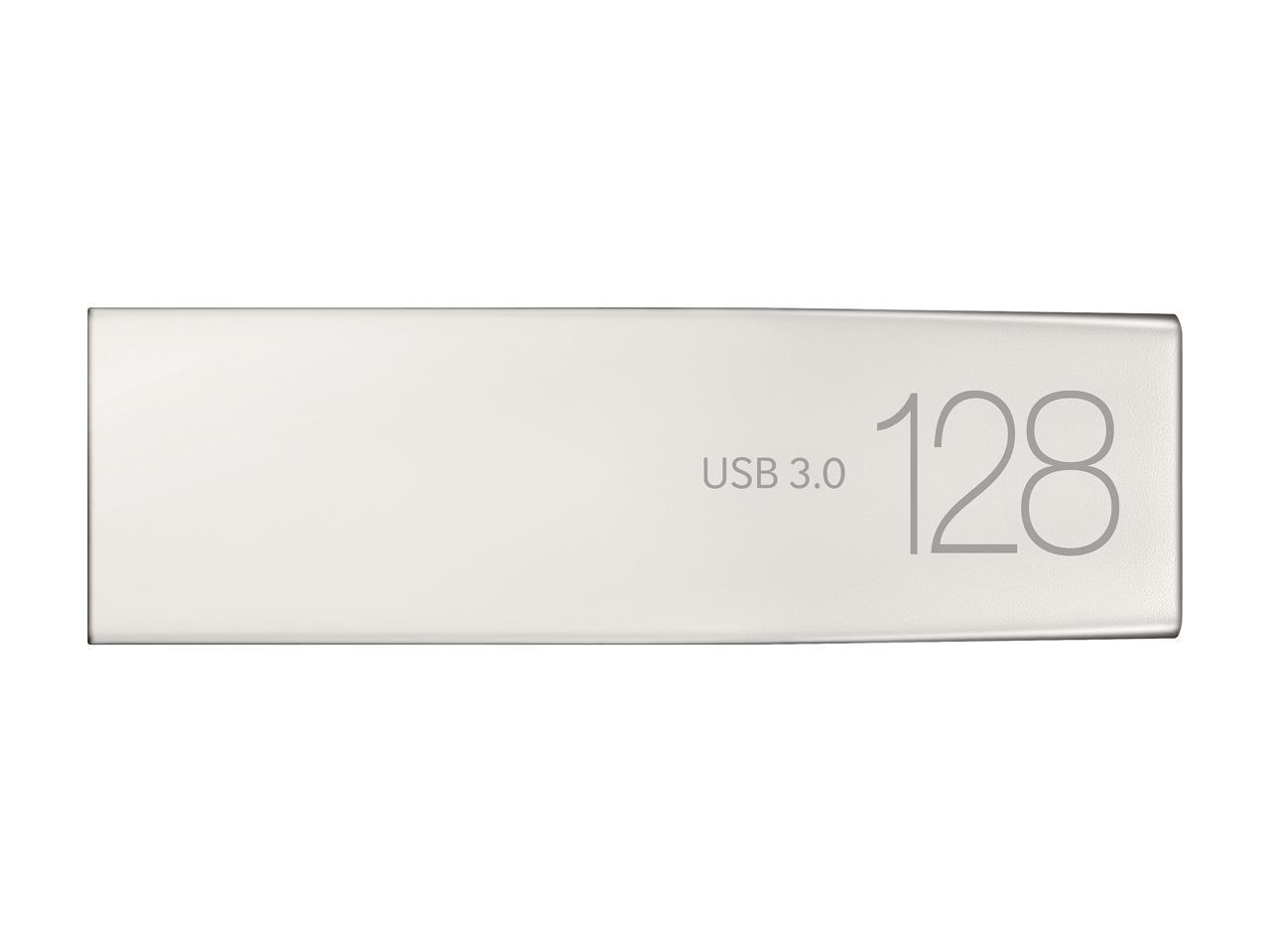 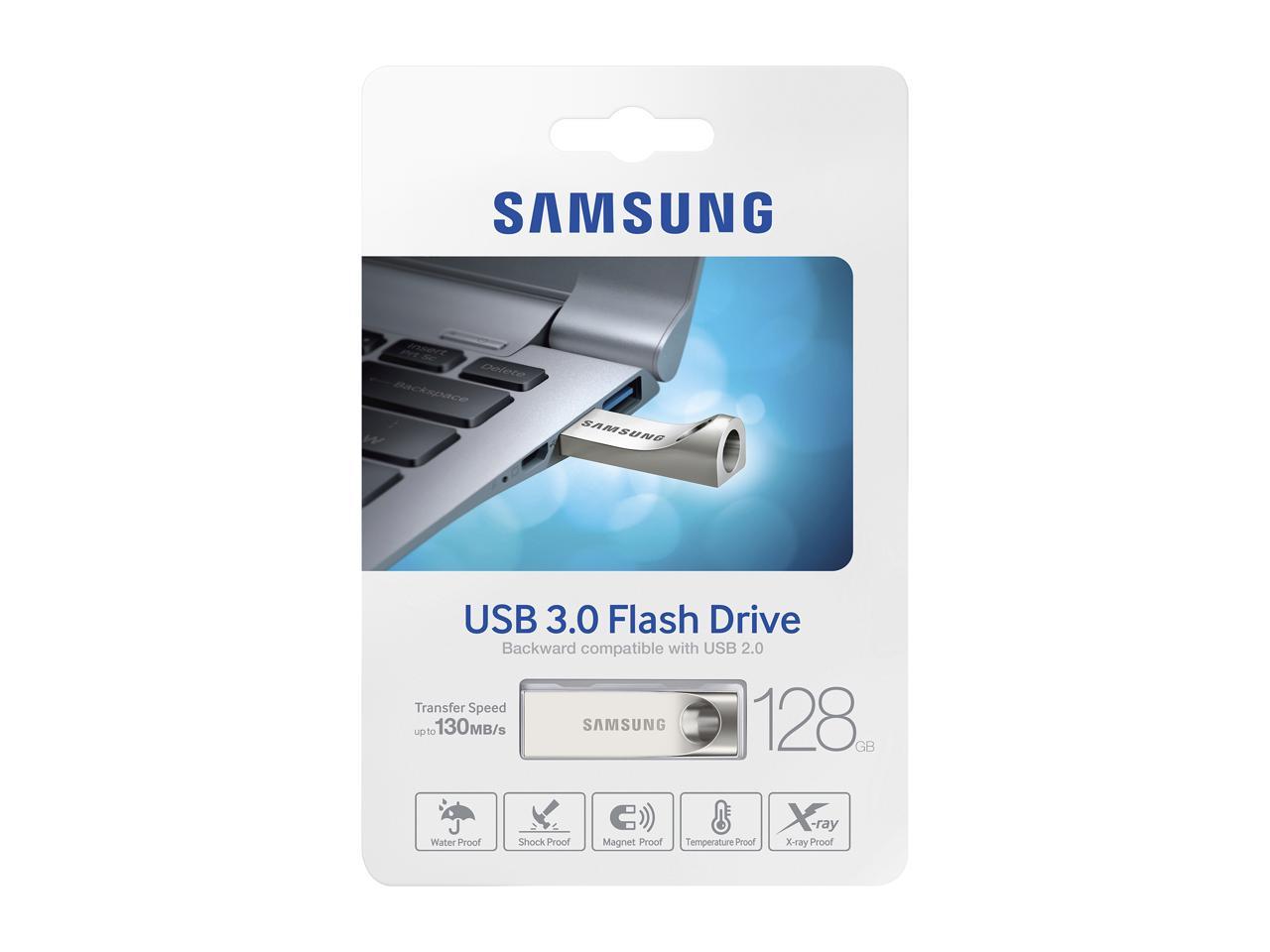 Learn more about the SAMSUNG MUF-128BA/AM

Pros: I like that it's so small, holds 128GB of data and seems to be extremely rugged. As you will see in the conclusions below, if you are using it in Windows it is satisfyingly fast, but in Mac OS X it's very slow. I'm raising my rating from two to three stars.

Cons: I have done numerous speeds tests with the latest version of Drive Genius on my MacPro and MacBook Pro, using USB 3.0 ports. It didn't matter whether I kept it formatted as FAT32 or changed it to Apple's HFS+ format (journaled), either way it tested out very, very slow. The raw sequential read speed averages out to about 10MB per second. My SanDisk Extreme 64GB USB 3.0 stick tests at about 230MB/sec. Even my SanDisk Glide 8GB USB 2.0 flash drive tests at 25MB/sec. Very disappointed in the speed of the Samsung FIT. I tried copying large files to it and it was slow to do that. Just to push it to the limit, I installed OS X 10.11 on it and booted from it the drive but it was painfully slow.

Overall Review: Follow-up: I spoke with a Samsung tech support rep. He said he thought I got a defective unit and suggested returning it and getting a replacement. Since NewEgg is back ordered, I ordered one from another vendor. Test results on two different Macs were identical, so the first drive was not a lemon. Then I thought I had better test it out on a Windows installation. I connected it through the MacBook Pro to a virtual Windows 10 machine via VMware Fusion. Using CrystalDiskMark I test the drive and found much better results: Sequential Read: 139.0 MB/s Sequential Write: 98.99 MB/s 7-14-16: Further follow-up: Compared real world performance of the Samsung Fit with the SanDisk Fit on MacBook Pro. Here are the results: 8.02GB file copied from MacBook Pro to Samsung Fit 128GB USB 3.0 drive: 6 minutes 48 seconds Same file copied to SanDisk Fit 128GB USB 3.0 drive (Write test): 5 minutes 27 seconds Same file copied from Samsung drive to desktop (Read test): 57.38 seconds Same file copied from SanDisk drive to desktop: 46.47 seconds Summary: SanDisk Fit tested about 20% faster reading and about 24% faster writing than the Samsung Fit drive. Both drives were quite warm after the tests, but not noticeably different in temperature. Neither drive seemed dangerously hot. CONCLUSIONs: Samsung drive is much slower on a Mac than in Windows, but speed on a Mac is only 20 to 23% slower than the similar SanDisk drive when transferring an 8GB file. On the plus side, when the drives were both formatted Mac Extended/Journaled, the Samsung showed available size as 119GB, while SanDisk showed only 115GB.

Overall Review: I had a faster write speed bought several years ago but bulky. this one is tiny. I first think it can't fit in key chain well, but turned out fit very well. I ordered 32GB, 64GB and 128GB from Newegg too. the read speed are all good and near or exceed 130MB/s. For write speed, my test is that 128GB version well better than others in this series. it arrives at FAT32, you can format it to be exFAT for work on both MacBook and PC, or format it to NTFS for more reliable. write speed on FAT32 and exFAT is higher than NTFS because block size is smaller in NTFS (4096byte) than FAT32 and exFAT (16 to 128kilobytes) when you format in PC with default size. 65MB/s is still good enough as it is similar to internal HDD. I didn't test 128GB in exFAT format. but on 32GB version, FAT32 is about 24MB/s write, exFAT is about 35MB/s. some people reviewed 64GB write speed is about 45MB/s. they are all read with 130MB/s speed.

Overall Review: I bought it for the data capacity and the durable form, I really do not care if writing files TO the drive is a little slow. It's still faster than the older flash drives I've been using for the past five years. I work in IT, so I am far more interested in being able to fit all of my "carry around all the time software tools" and quick read time stuck in newer desktops at work that have USB3 ports. For the price, this flash drive suits my needs perfectly! If you want the absolute bleeding edge fastest, it's going to cost you. I love Newegg for offering all the items a few notches behind the latest and greatest at a big discount. Very happy with my purchase.

Cons: i wish it has holder to be waterproof.

Pros: I like the form factor, but I want it to actually work correctly

Cons: Will no longer work in "most" USB 3.0 ports on most PCs. Have used on multiple PCs. Still works in USB 2.0 port. Sent a Warranty request to the vendor - no reply. Will send a warranty request directly to New Egg - stay tuned

Overall Review: Update: the vendor was unresponsive to numerous requests for warranty service. NewEgg refused to warranty the product directly. After fumbling around with the various Samsung service channels for days, I was finally able to chance upon the.correct web portal, and they promptly replaced the unit. The replacement works so far, but it's still day 1.

Pros: This small physical size allows me to keep it plugged into my laptops all the time, I needed the 128GB memory to keep all my backups on it. My laptops fit perfectly in the laptop carrying cases with these plugged in because of their small physical size. I purchase this particular brand because the reviews I read said that it does not suffer from getting hot when reading or writing to it like certain other USB drive brands do. And it's true, when I copied over 7gigs of files from my old USB drive to the Samsung USB drive it barely got warm. My other brand would get real hot when writing a large amount of files to it.

Overall Review: My laptops fit perfectly in the laptop carrying cases with these plugged in because of their small physical size. I definitely recommend these for backup storage for laptops.

Pros: -Smaller than it looks in pictures. -Worked out of the box in Ubuntu 16.10, no formatting needed or anything. -Doesn't get too hot. -Prettiest flash drive I've ever seen.

Cons: -The lanyard hole's awkward position means it doesn't hang nicely on a key ring :( but does make it easy to remove.

Overall Review: Competitive price and speed. I see no good reason to get anything else, other than possibly no end cap.