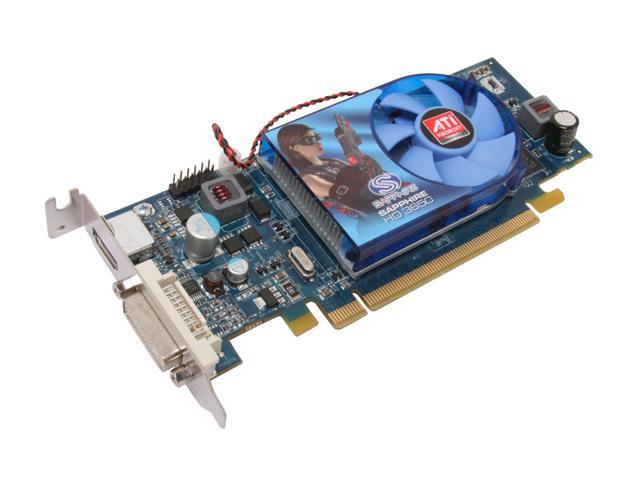 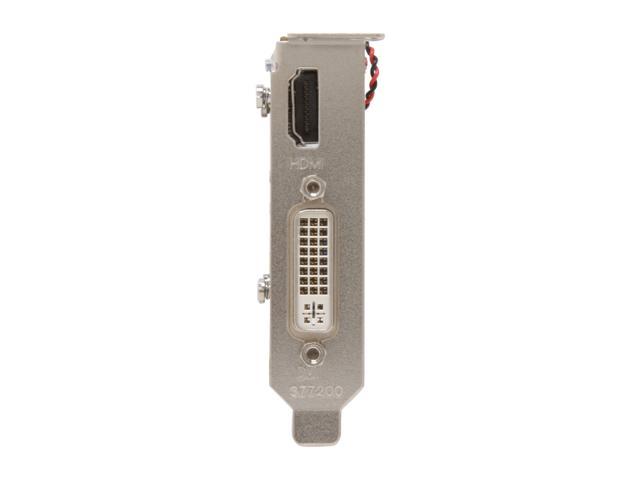 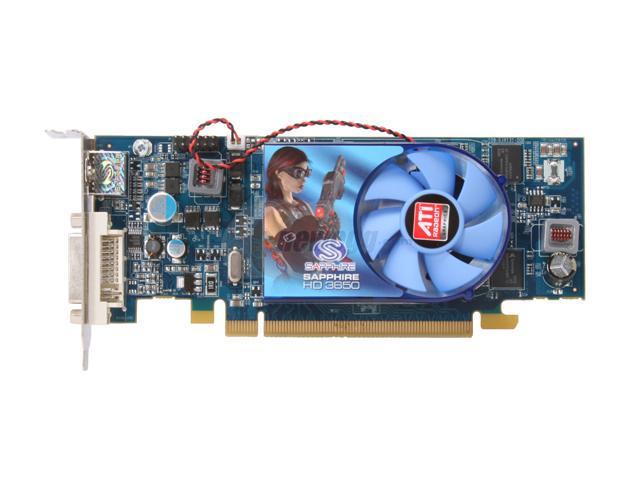 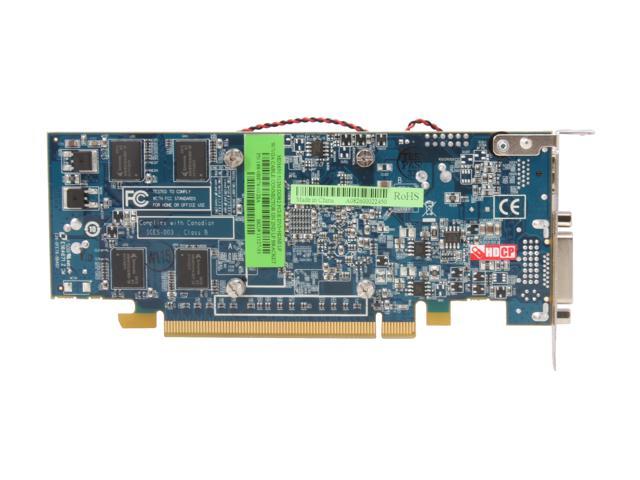 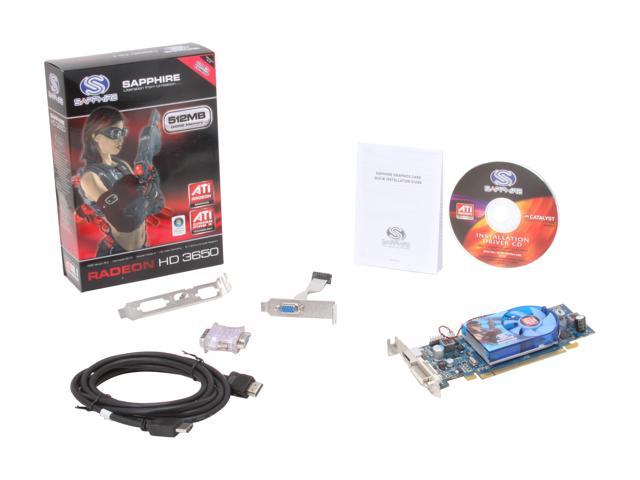 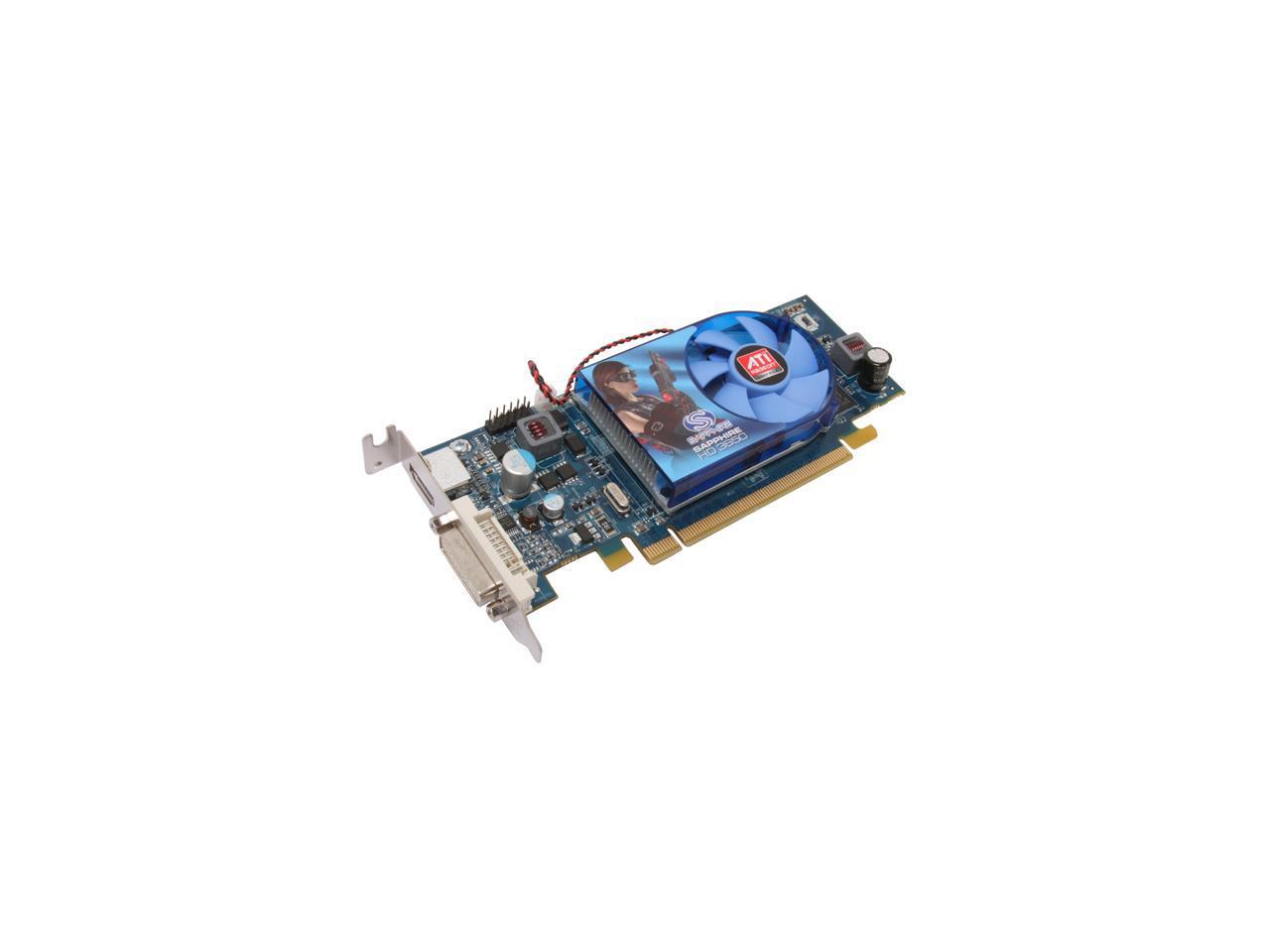 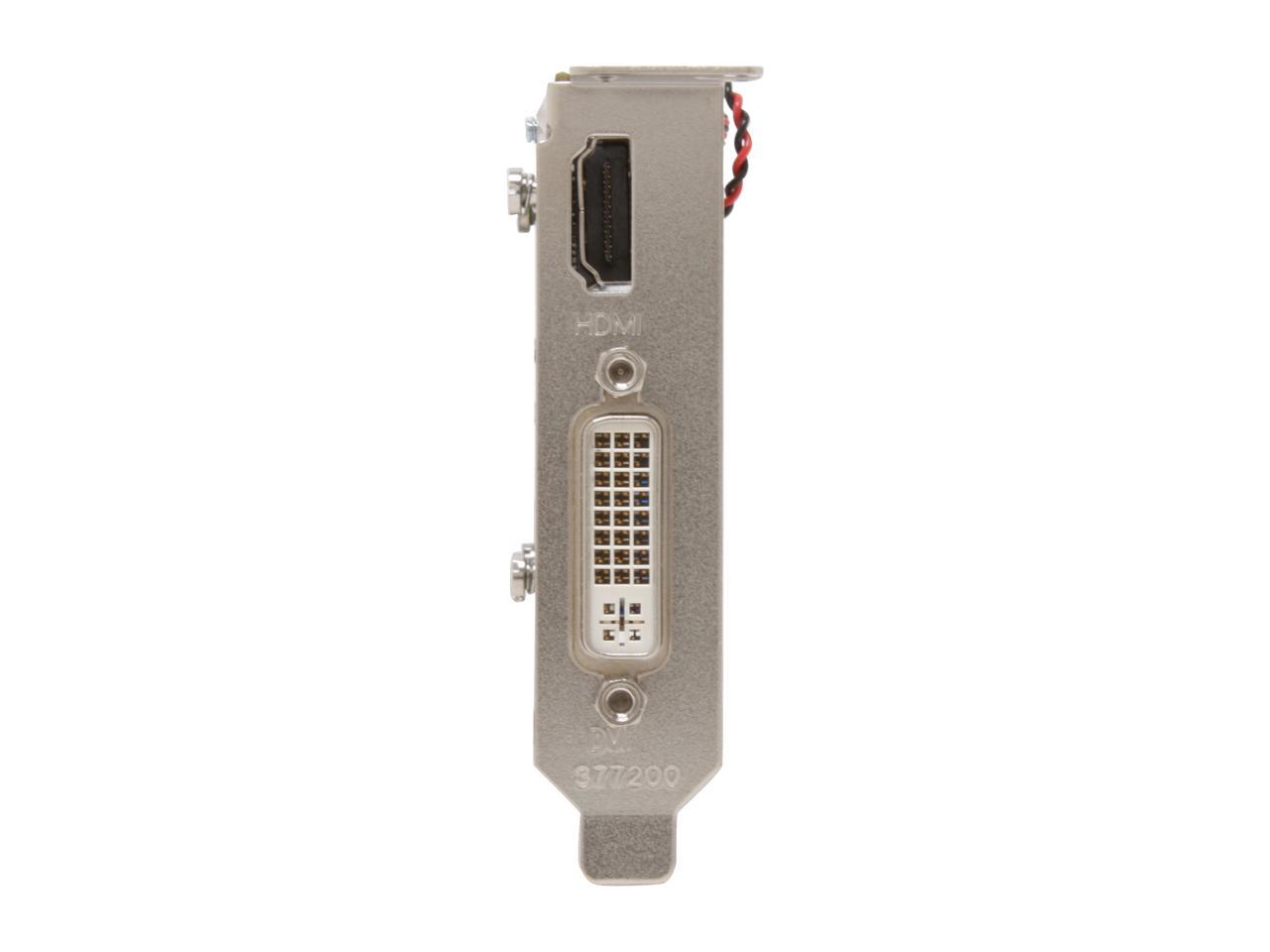 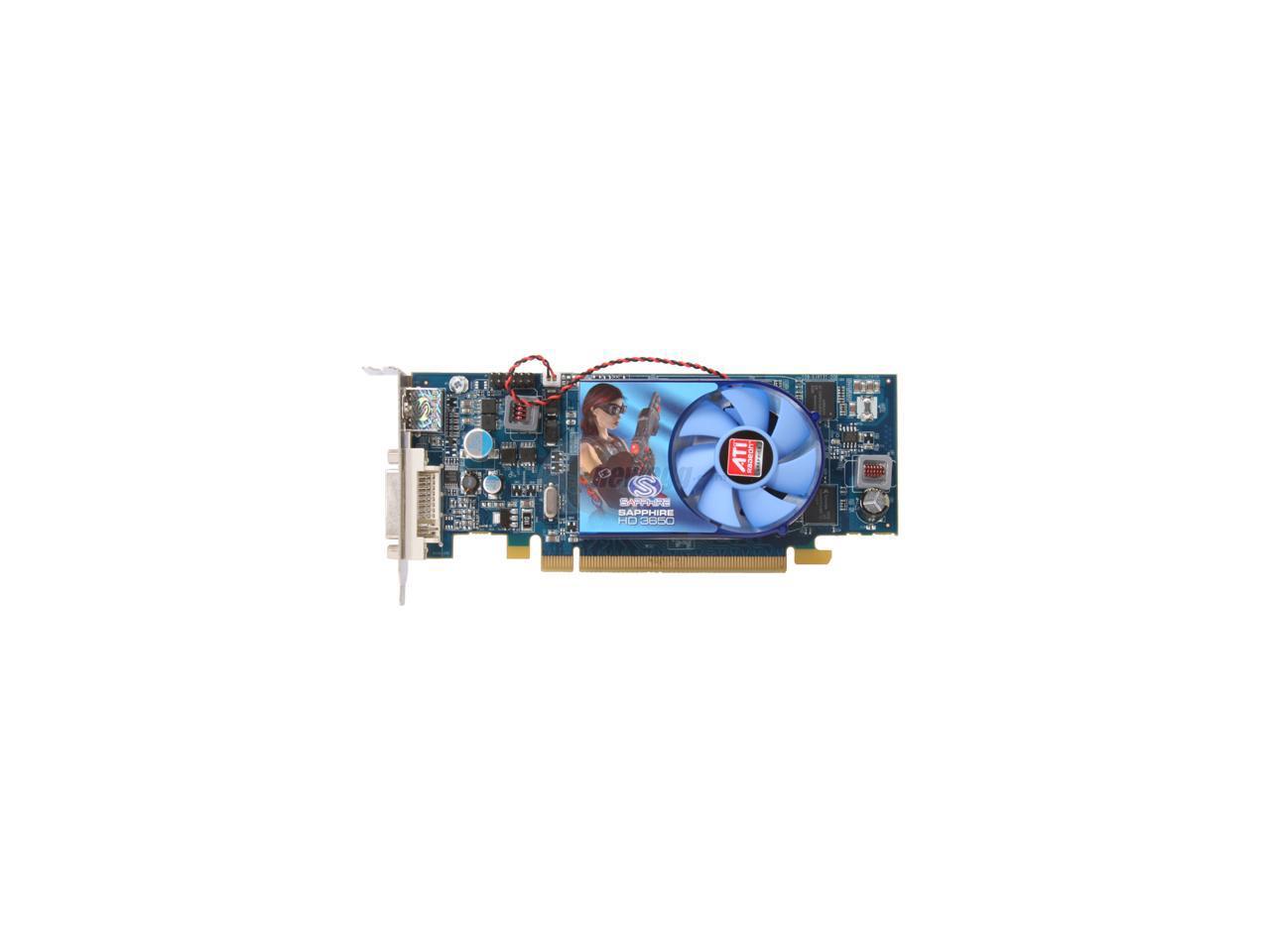 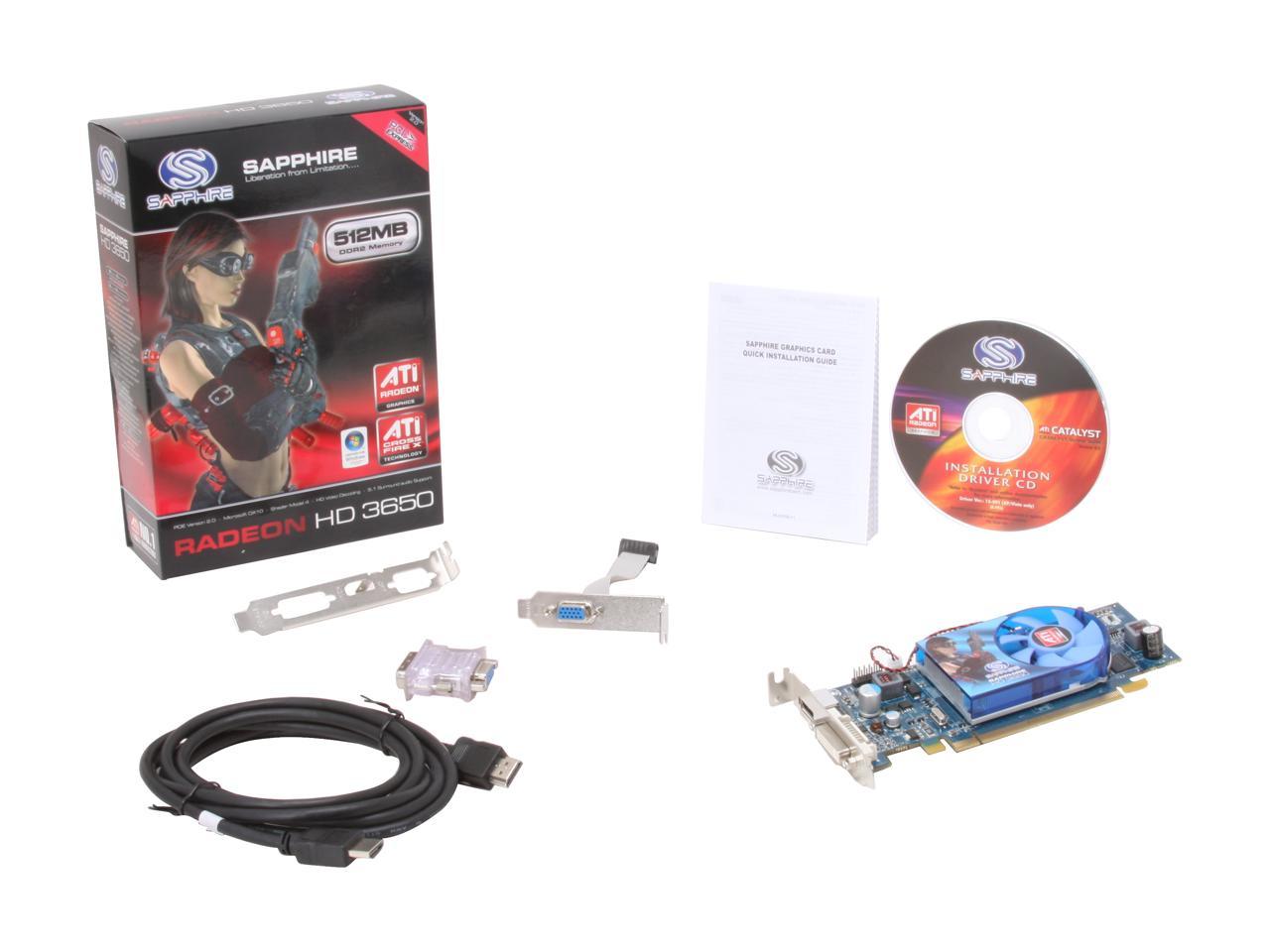 (36) Write a Review
OUT OF STOCK.
Specs
Reviews

Pros: What a leap over the Radeon HD3450! Just a step up from that and my Vista sub-score went from 3.7 to 5.1! Personally, that's pretty impressive for a small form factor PC! Also, the low power consumption of this card is perfect for my system, since it's running off a 195W PSU, and I'm finding it next to impossible to find a more powerful PSU that would fit in this system.

Cons: This isn't really a con on the card itself, but more on its availability! There aren't enough of these on the market!! I held out on the "Open Box" version of this card and waited for what seemed like forever (really could've been just a couple months or so) for the full retail product! For just over $70 (including shipping), considering how hard it is to get this card, it's turned out to be well worth the price! But really, they need to make more of these cards! And if there's any con on the card itself as far as running it goes, there's just a slight hiss from the fan, but it doesn't bug me enough to dock an Egg-rating, otherwise, it's GREAT!

Overall Review: I'm running this card in an HP Slimline s3400f. Probably one of the more powerful small form factor PC's on the market, at least as of Mid-'08. I still haven't seen many others that beat the specs of this small machine. - AMD 64 Athlon X2 - 2.7Ghz p/Core (stock) Vista Premium 32-bit (yeah, could be 64-bit, but not going there because of the RAM capacity) 4Gb of RAM (max for the motherboard, stock installed) 195W PSU 500GB Hard Drive (stock) - And yeah, adding this Radeon HD3650 to the mix, and its one sweet Mini-Powerhouse! Keyword there, MINI! I know this is nothing compared to larger desktops, but considering its limitations, its pretty nice. :) Thank You Newegg!!

Pros: Low profile card that is actually low profile enough to fit into a mini Dell Inspiron 755. Has 246MB, quiet, cool... what else can you ask for?!

Pros: This thing is outstanding, and out performed my expectations. I have this card running off of a 280 watt PS, so dont be turned away when it says 300 watt reccomended fits perfectly in the case!! and ya dont need a PCIE power cord...

Cons: This baby gets HOT it should be a down fall but with everything MAXED out as far as AA, Mip mapping etc.. and the core overclocked to max and same with memory..... EVIL lil card...on that note of getting HOT, this case is not the best ventilated.

Overall Review: I wouldent call this game Really demanding and i dont have the program to tell you the frame rates.. but with settings maxed out as said above and with ingame settings set to max, resolution to 1440x900 this beast owned Bioshock like it was nothing. Broken lenovo pc umm thinkcenter 57M.. its estounding what new memory will do, E6550 2.33ghz, 4 gigs of PNY PC2 6400, blu ray rom, 500 gig hdd and this beast of a video card!! and running windows Vista home premium

Pros: Easy install and setup. Configuration panel helps a lot. Cannot hear the fan under normal load. On heavy load the fan is audible but it is no louder than the sound you make when sliding out the keyboard tray. Includes an HDMI cable. Card uses 55nm manufacturing process and 700 MHz GPU.

Cons: Built in overclock utility does basically nothing and should have been excluded from the software.

Overall Review: After the install the image on my widescreen was positioned all the way to the left. Windows booted up, the monitor flashed a few times, then it asked me to reboot. After reboot everything was still to the left. The computer flashed a bunch of windows for a few seconds and all of a sudden my desktop came alive! My resolution was set at 1920X1080 and all looked great! Installed into a Dell Inspiron 530s, (SFF). Installs perfectly and heat has not been an issue. The internal power supply fan blows right at the card. The Windows Vista score for graphics went from 3.8 to 5.7. The score for gaming graphics went from 3.2 to 5.1. (Does anyone care?) I am not a heavy gamer. I play the Sims 2 and it looks fabulous. I also have watched some Blu-Rays and this card is working great. CPU Pentium Dual Core 2.2 GHz. <--- Capable of streaming High Def online with 6mbps DSL and this card. My power supply is 250 watts and I have had zero issues.

Overall Review: To get audio through HDMI you have to: 1) open control pannel 2) select your sound/audio applet 3) change setting from speakers to HDMI output (It is that simple. No reboot needed) I running a Dell 531s w/Vista Home Premium, connected to a 50 inch Toshiba DLP TV. (It makes for a great media center pc) By connecting through the HDMI input I can now adjust my resolution as if it were a regular monitor. (I couldn't while connected to the VGA input) If you need a low profile graphics card then this one is it.

Pros: Fantastic card for the price. Runs Warhammer: Age of Reckoning and World of Warcraft at Max settings in a 4400 x2 with 3gb of ram on Vista. Handles Crysis and Mass Effect decently as well. Runs Spore with Max settings all at decent framerates.

Pros: Great price, brought Windows Experience from 3.4 to 5.1. Very big improvement - also with this card HD transport streams now play smoothly along with anything else I threw at it. DirectX 10, PCI-E 2.0. Also HDMI. I dropped this into a Inspiron 530s(SFF), replacing a VTx1300. PS is holding up.

Pros: A great mid-range gaming card for low-profile systems. It fit in my Dell Inspiron, and that is the smallest low-profile case I've seen.

Cons: Will this card play games at the maxed out video settings? No. Low profile systems aren't meant for gaming anyway. So no cons, really, its a great card for what it is.