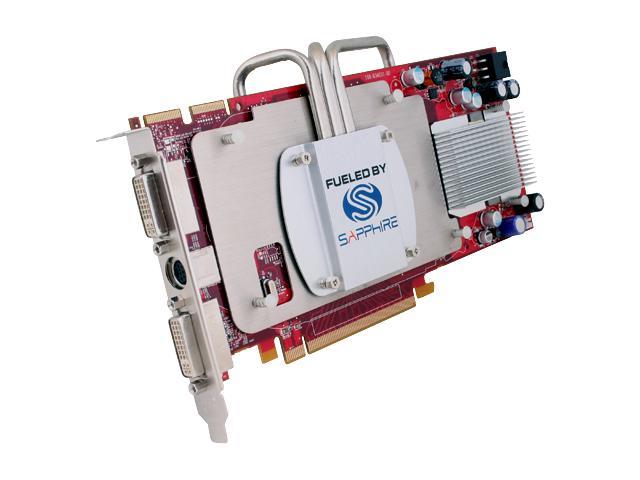 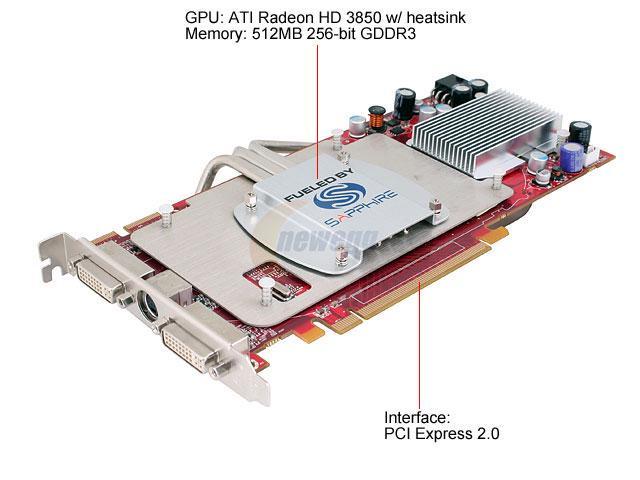 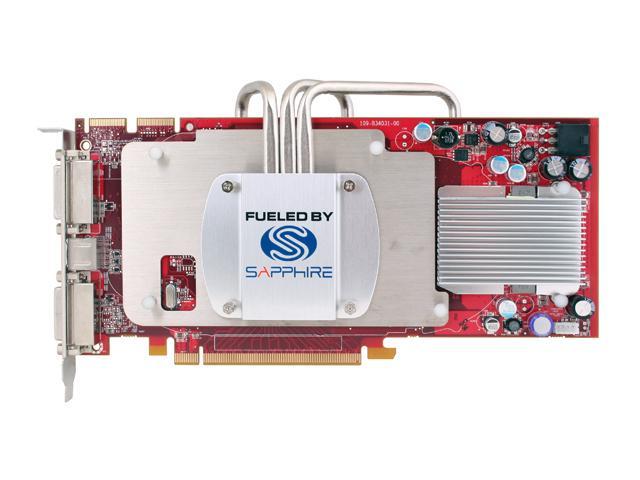 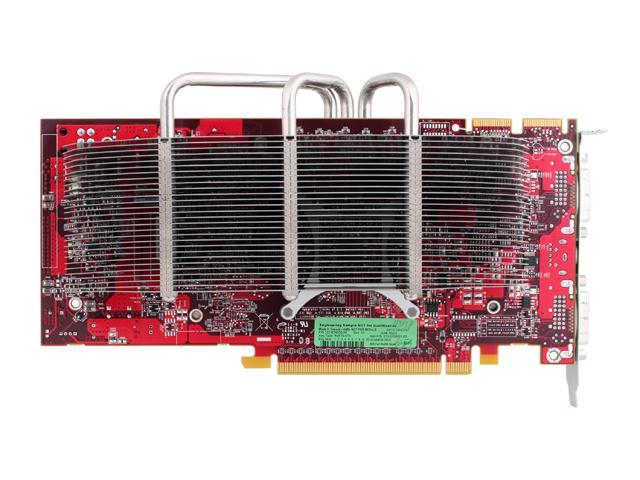 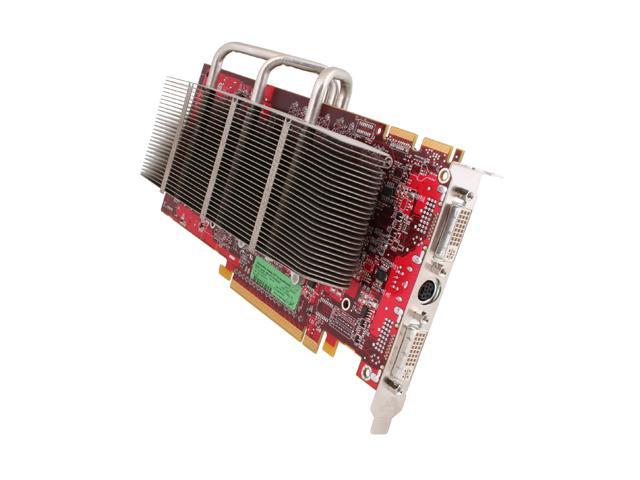 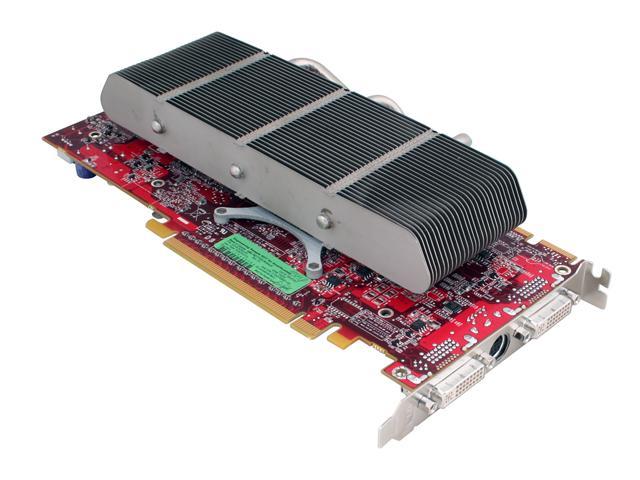 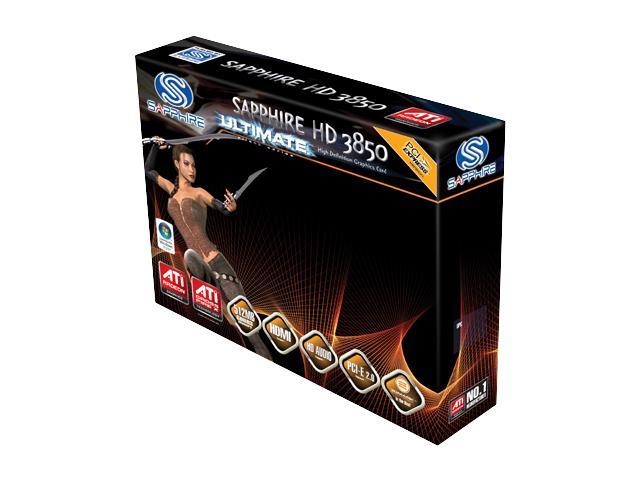 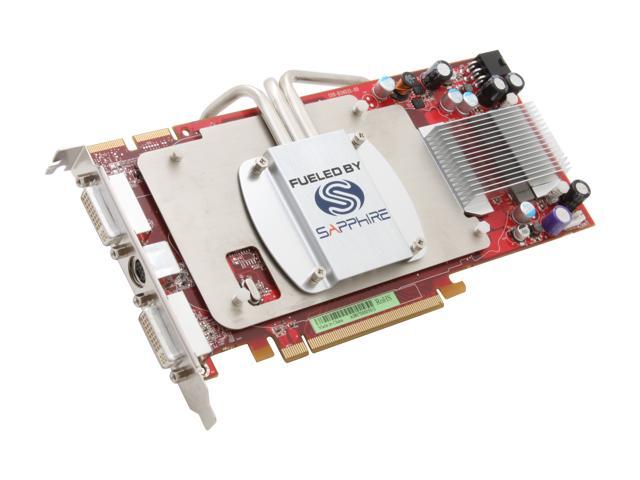 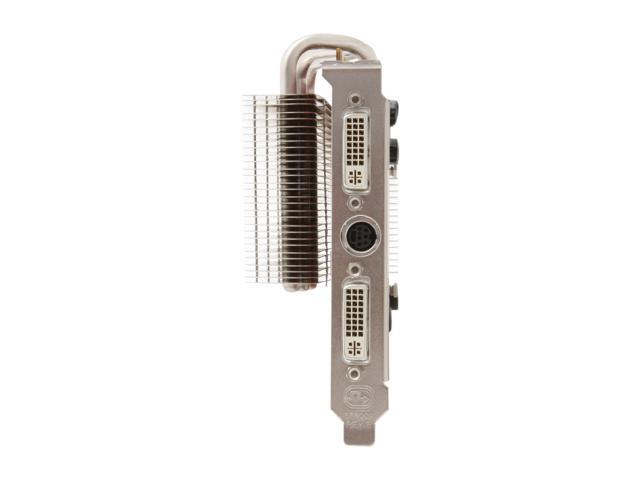 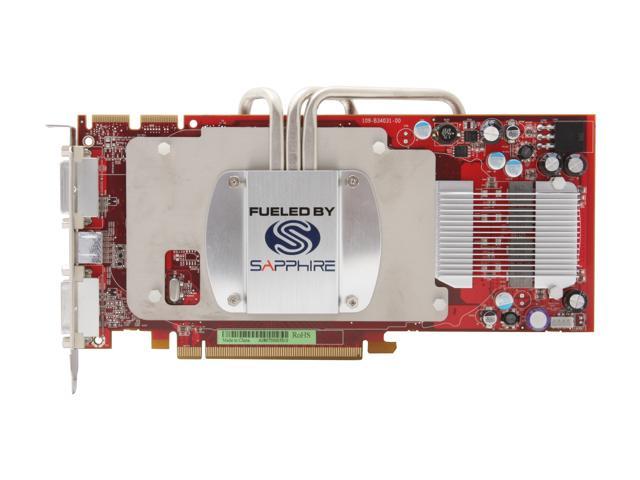 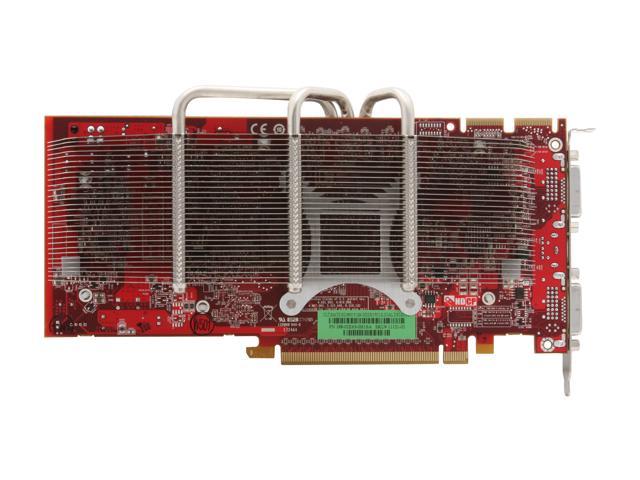 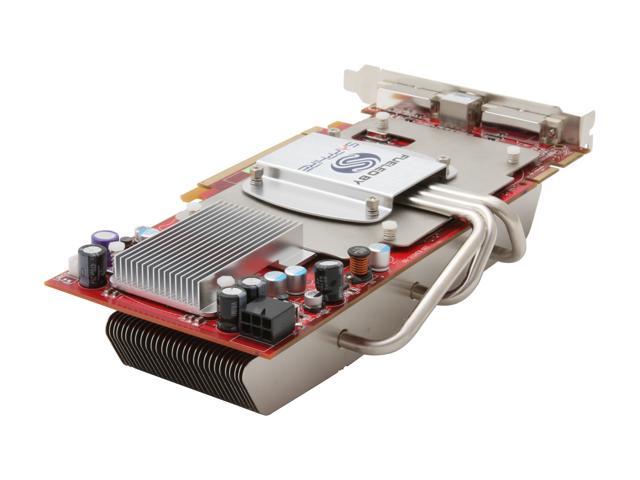 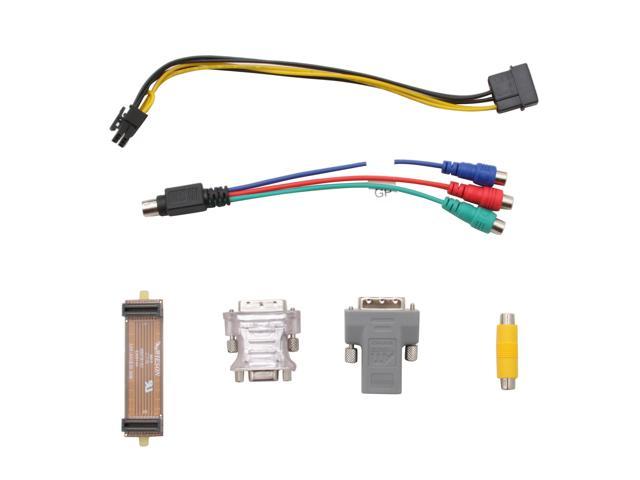 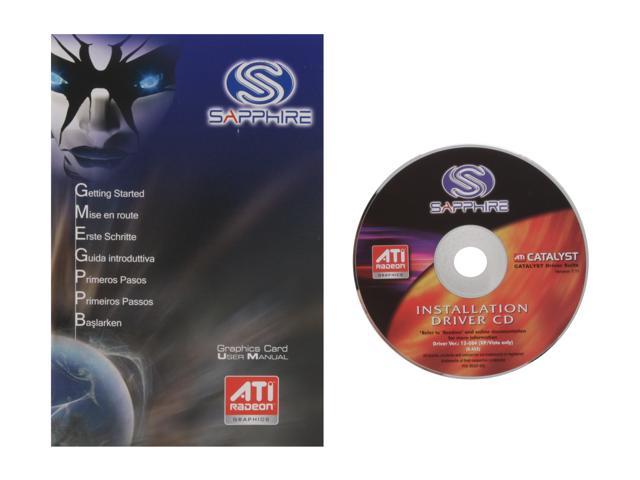 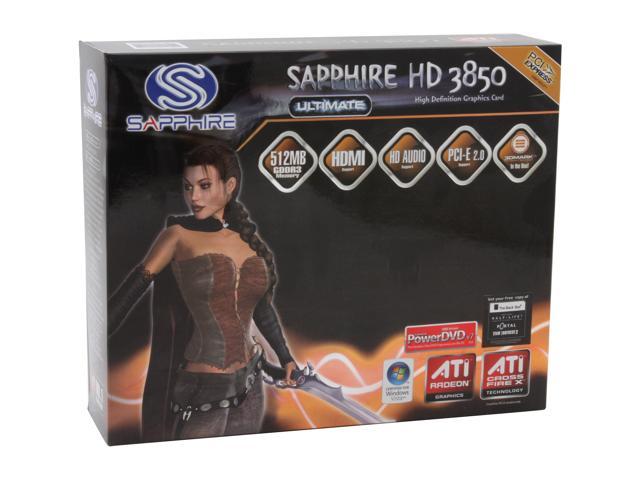 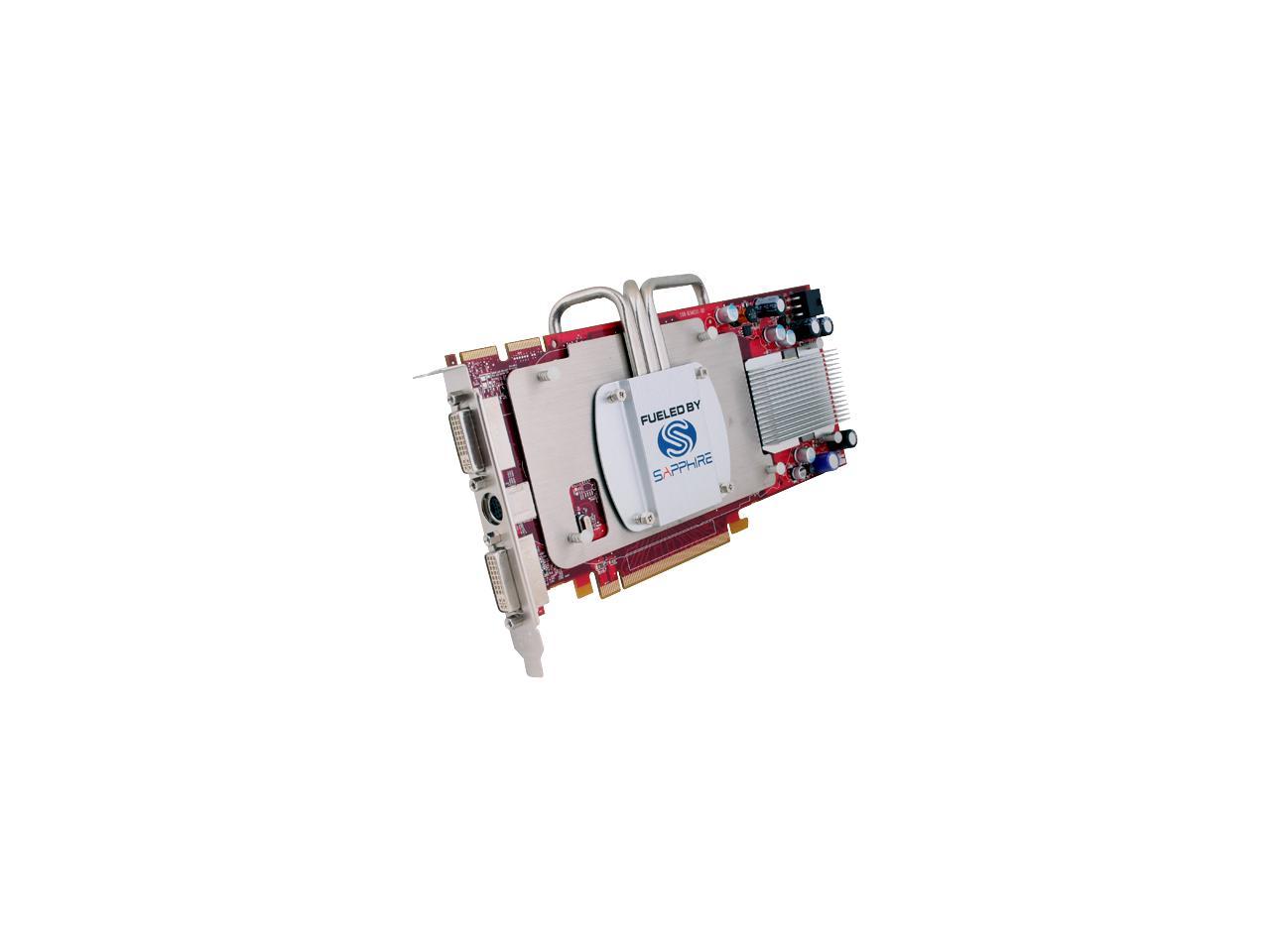 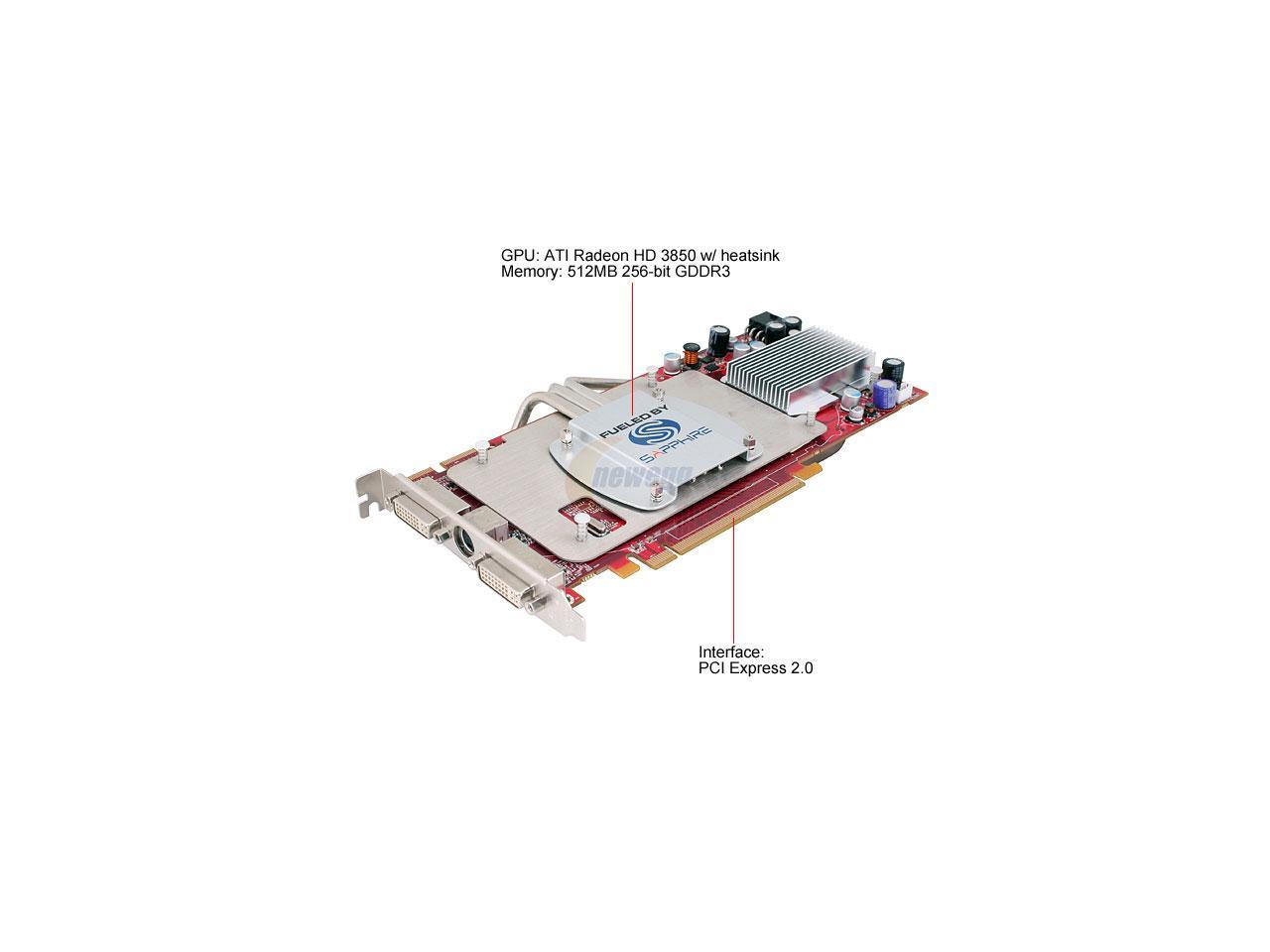 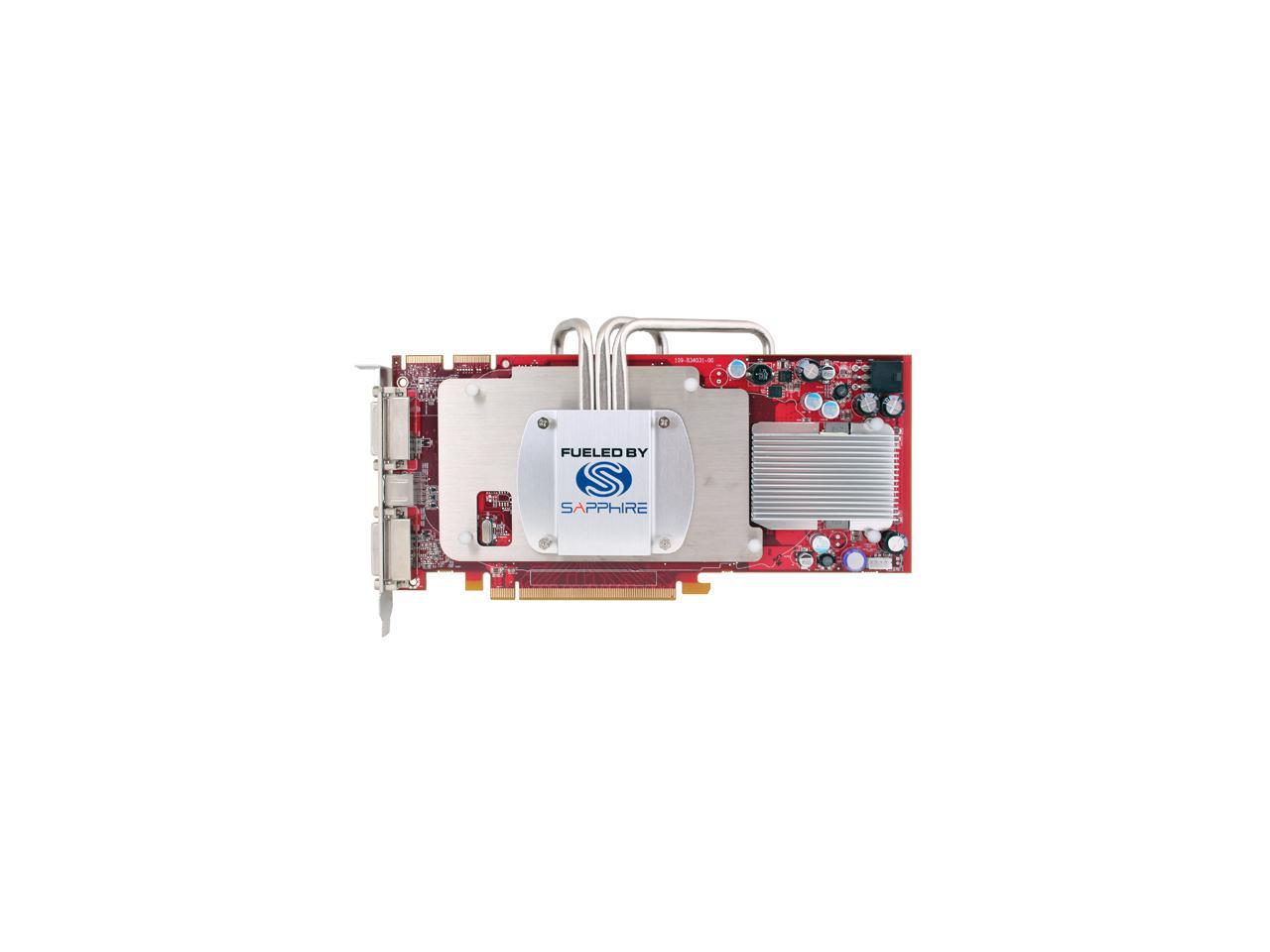 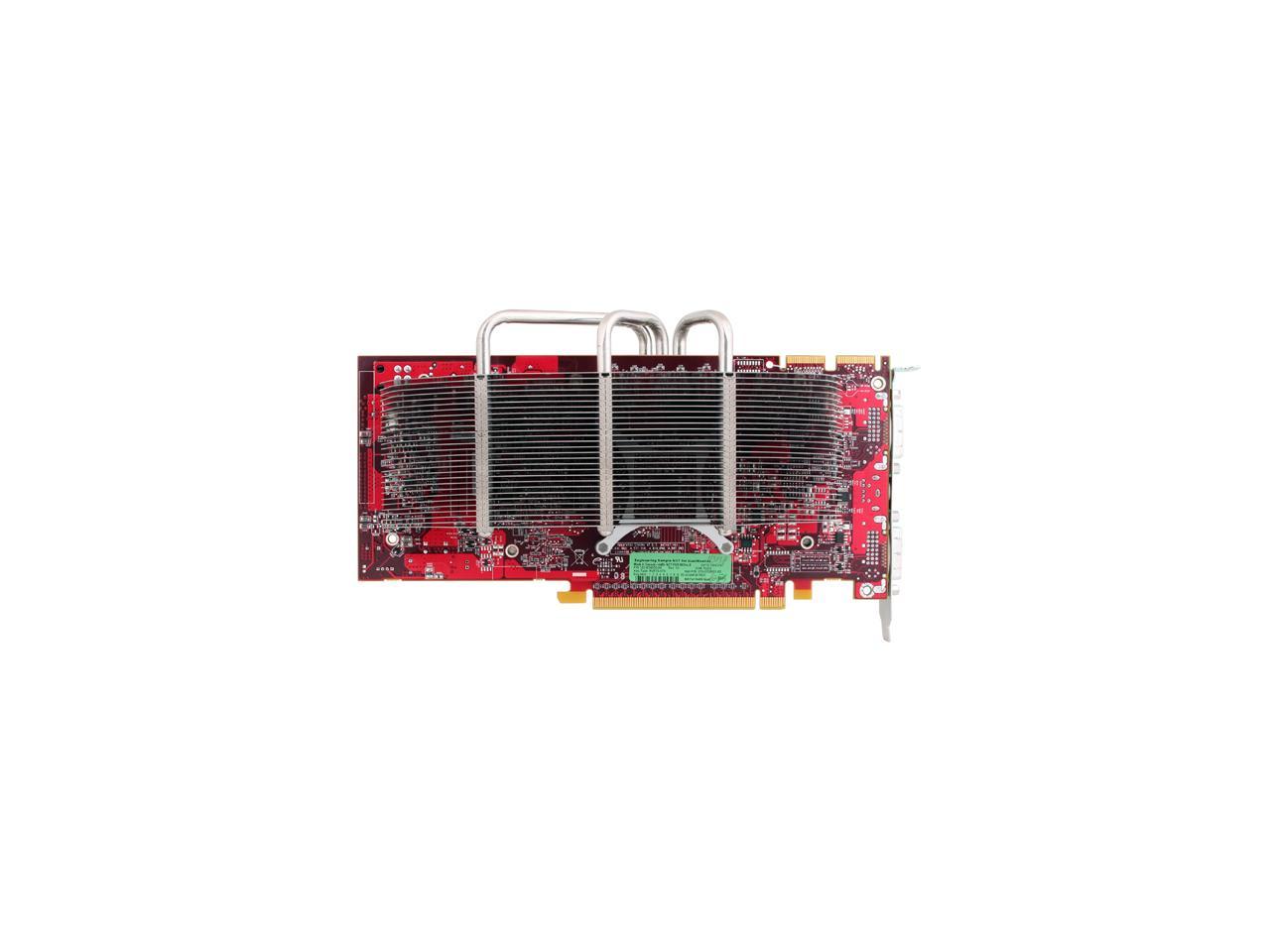 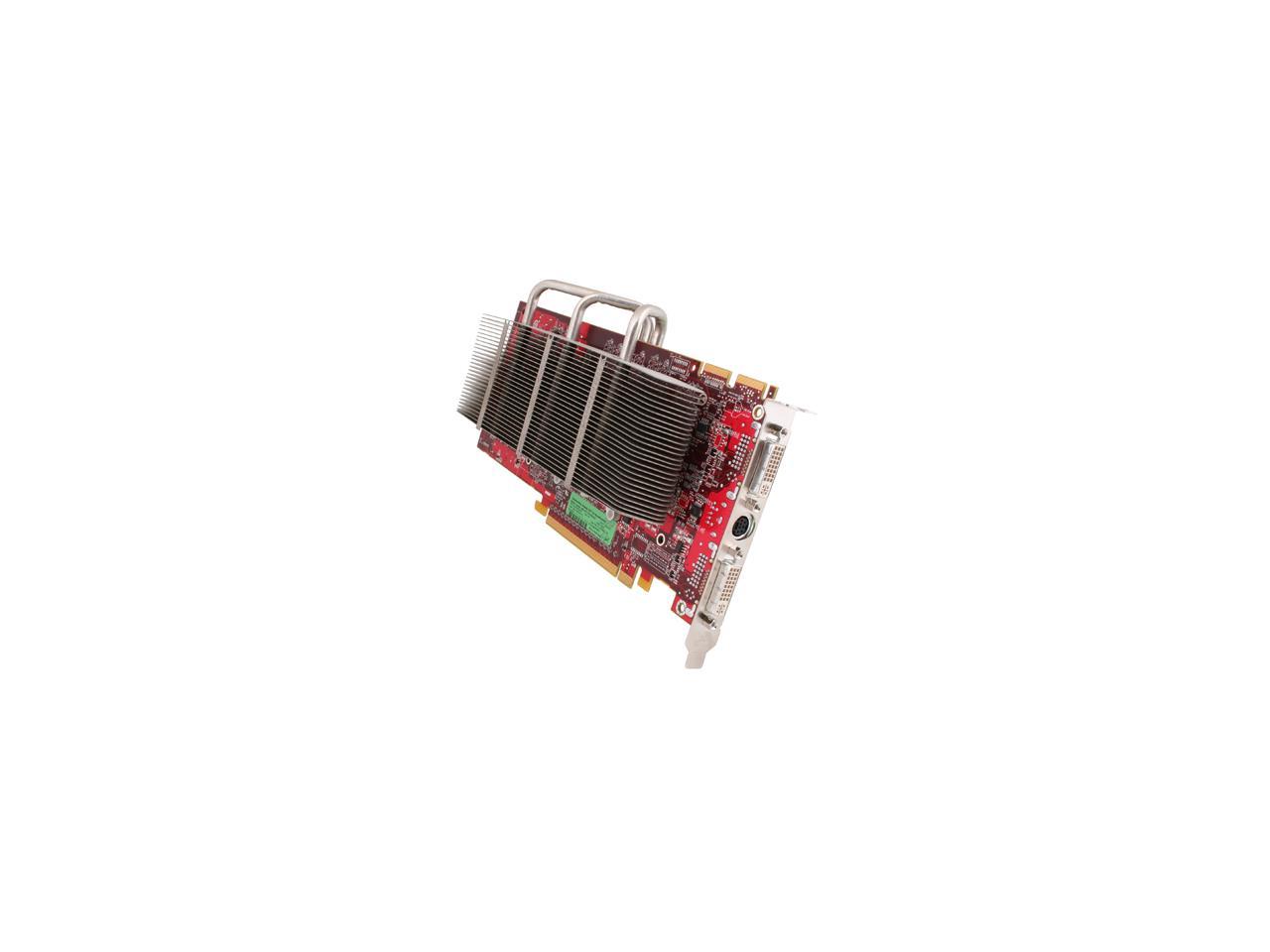 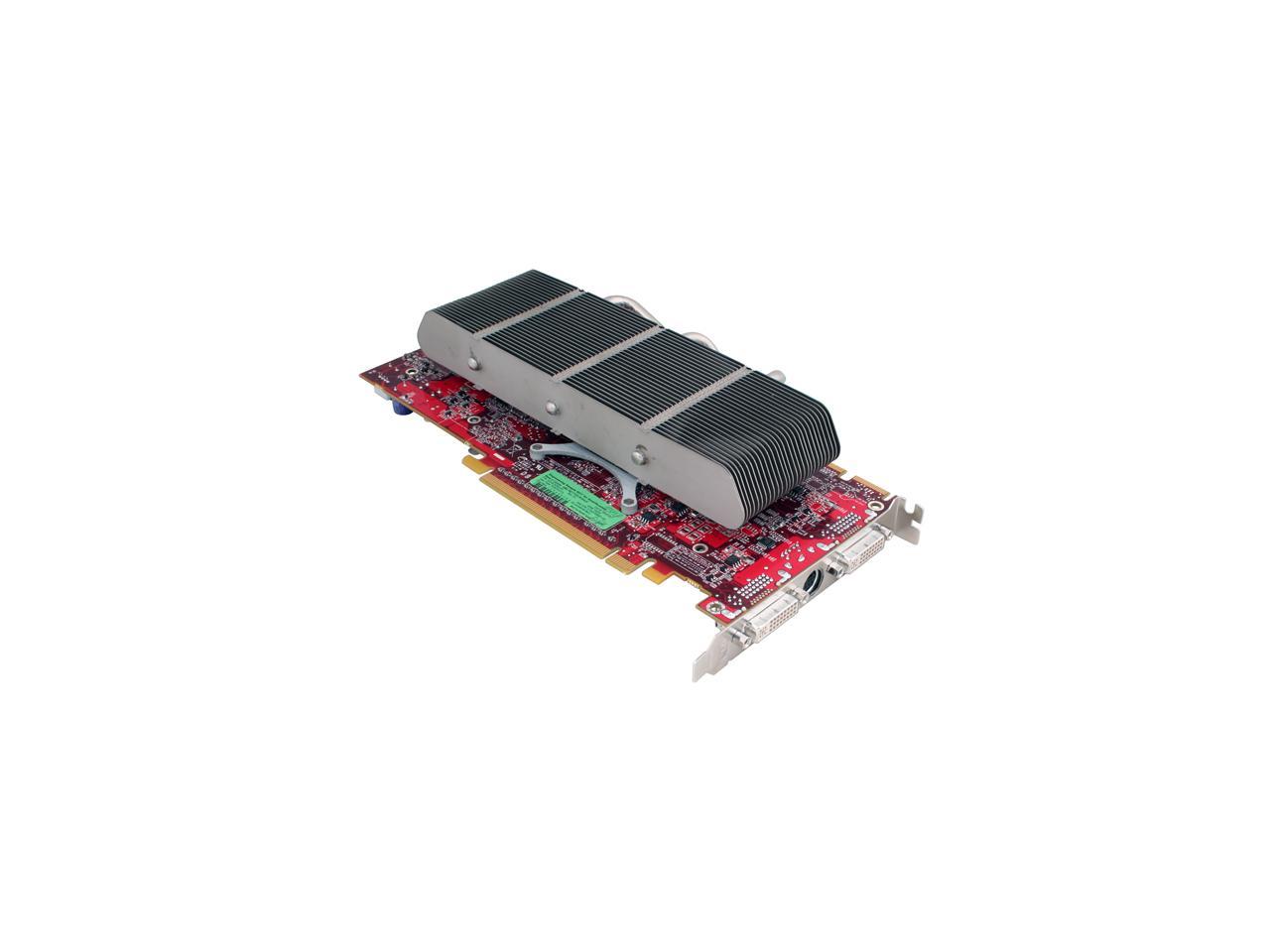 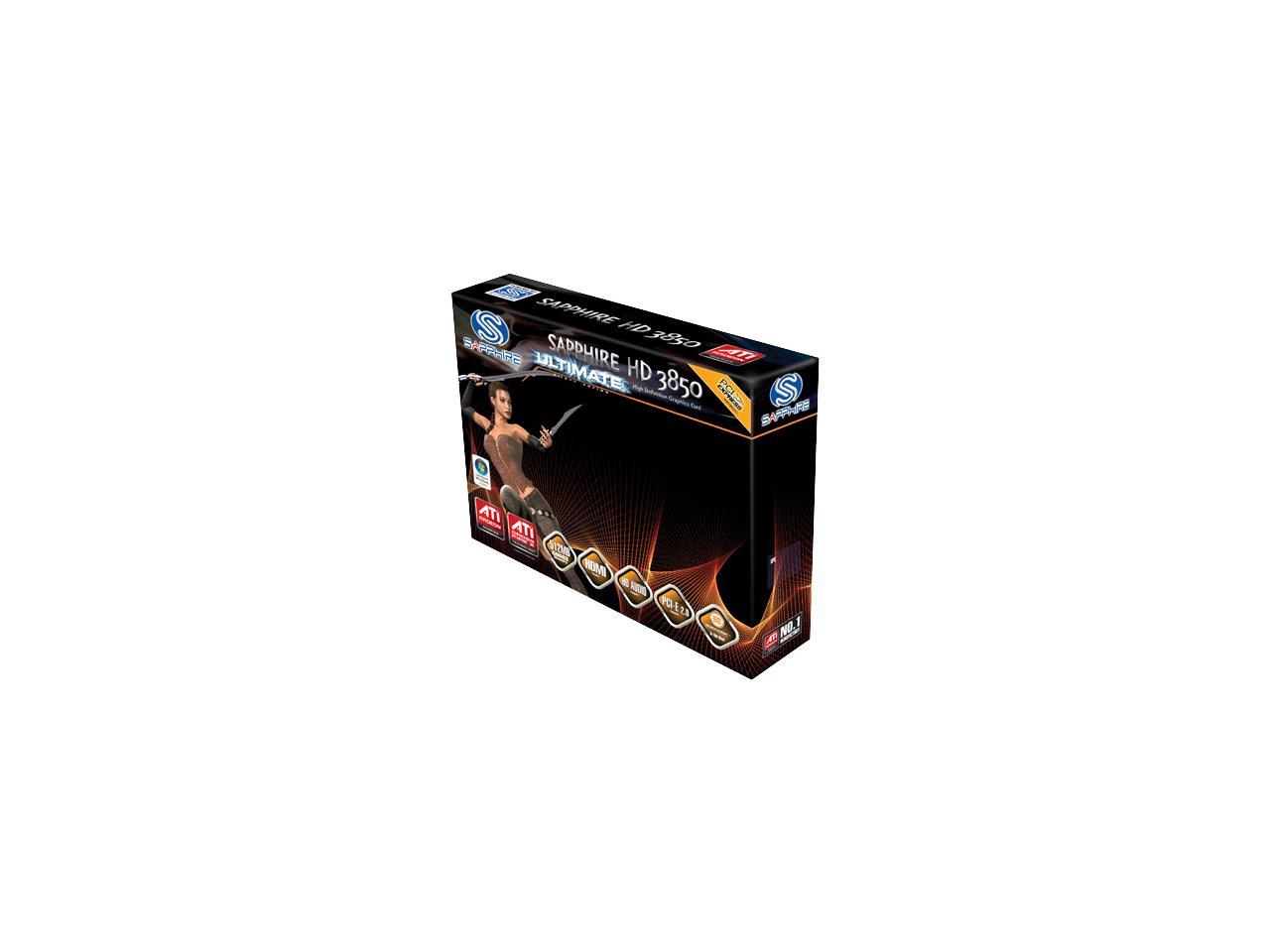 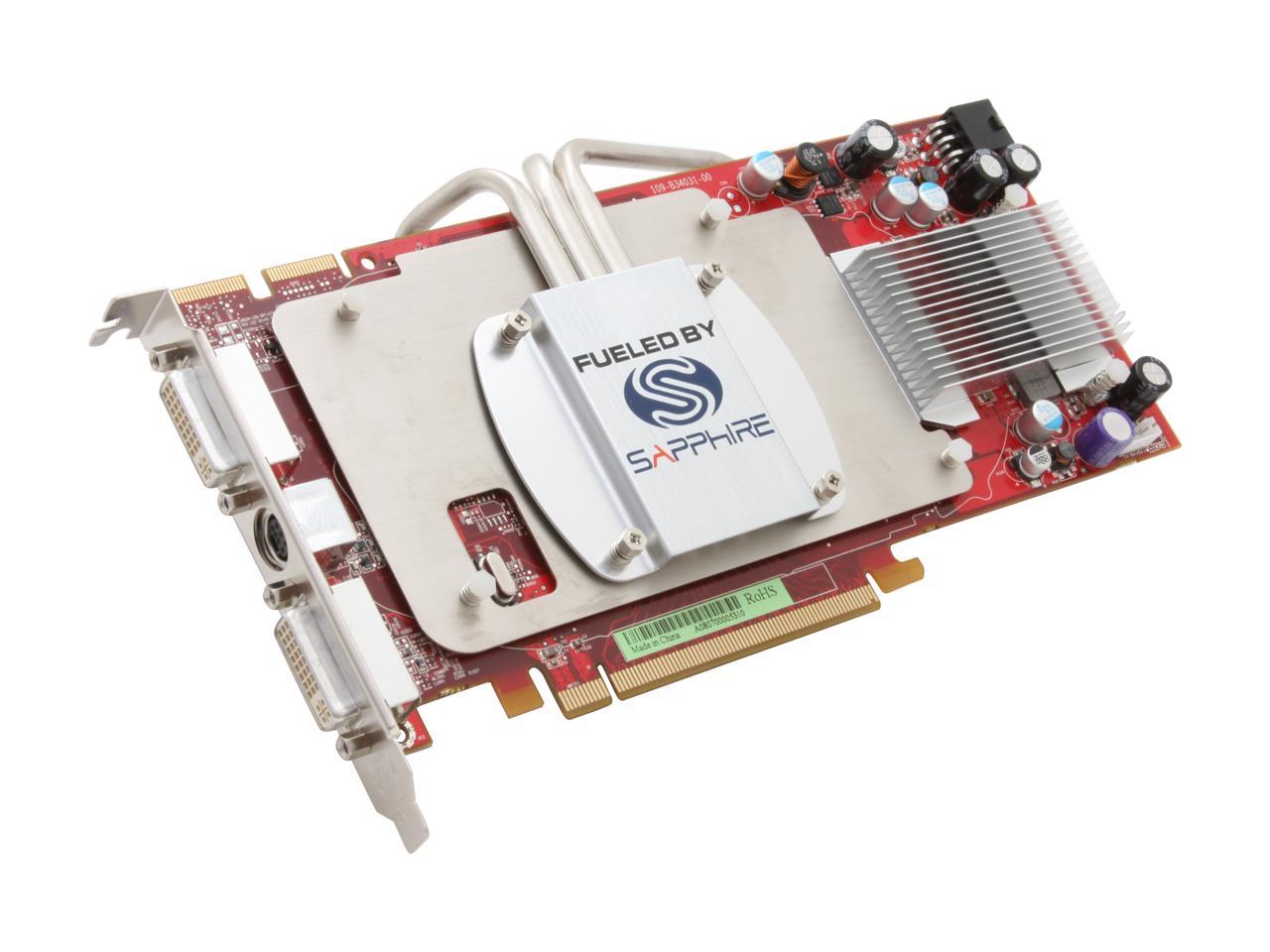 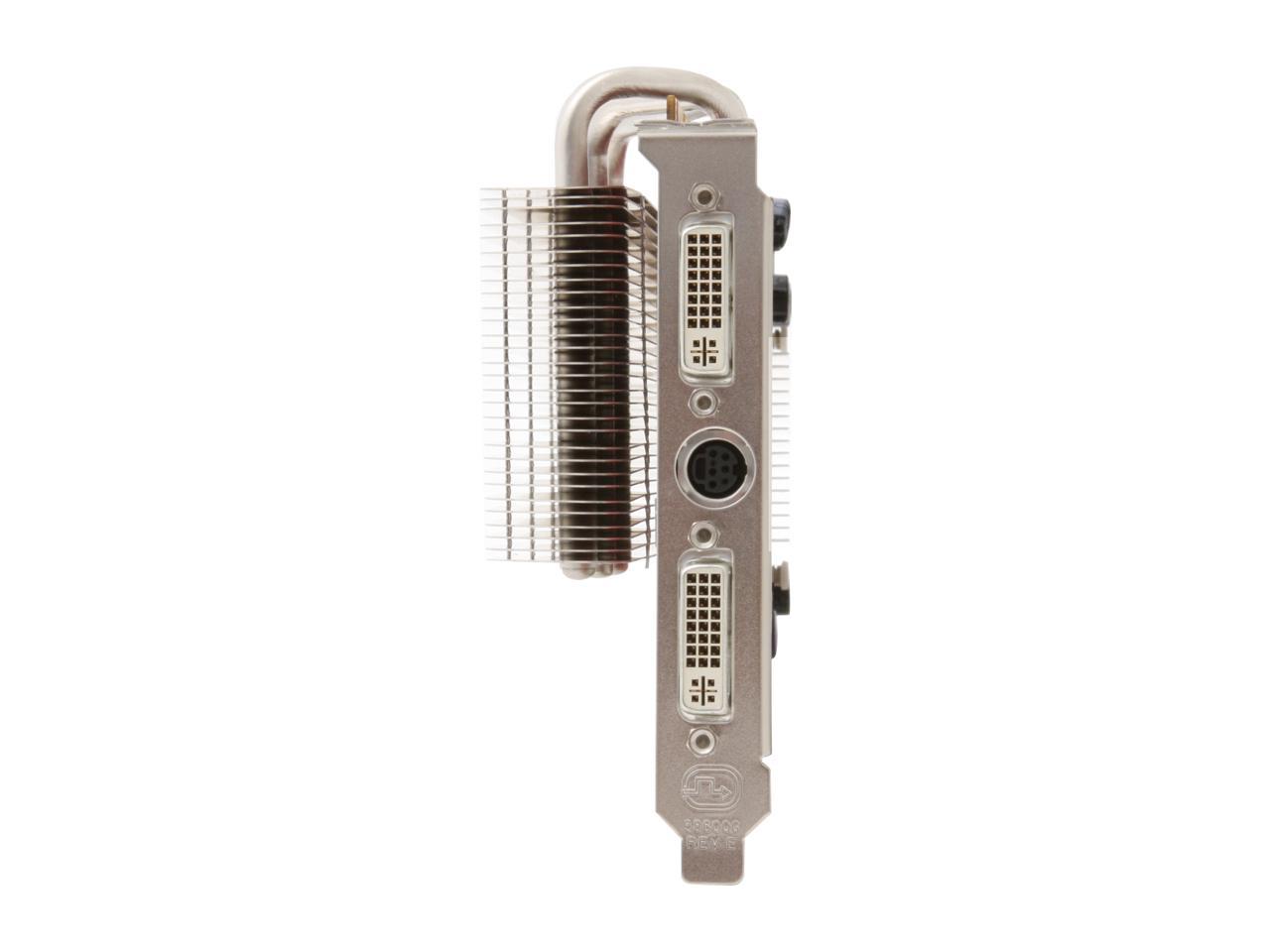 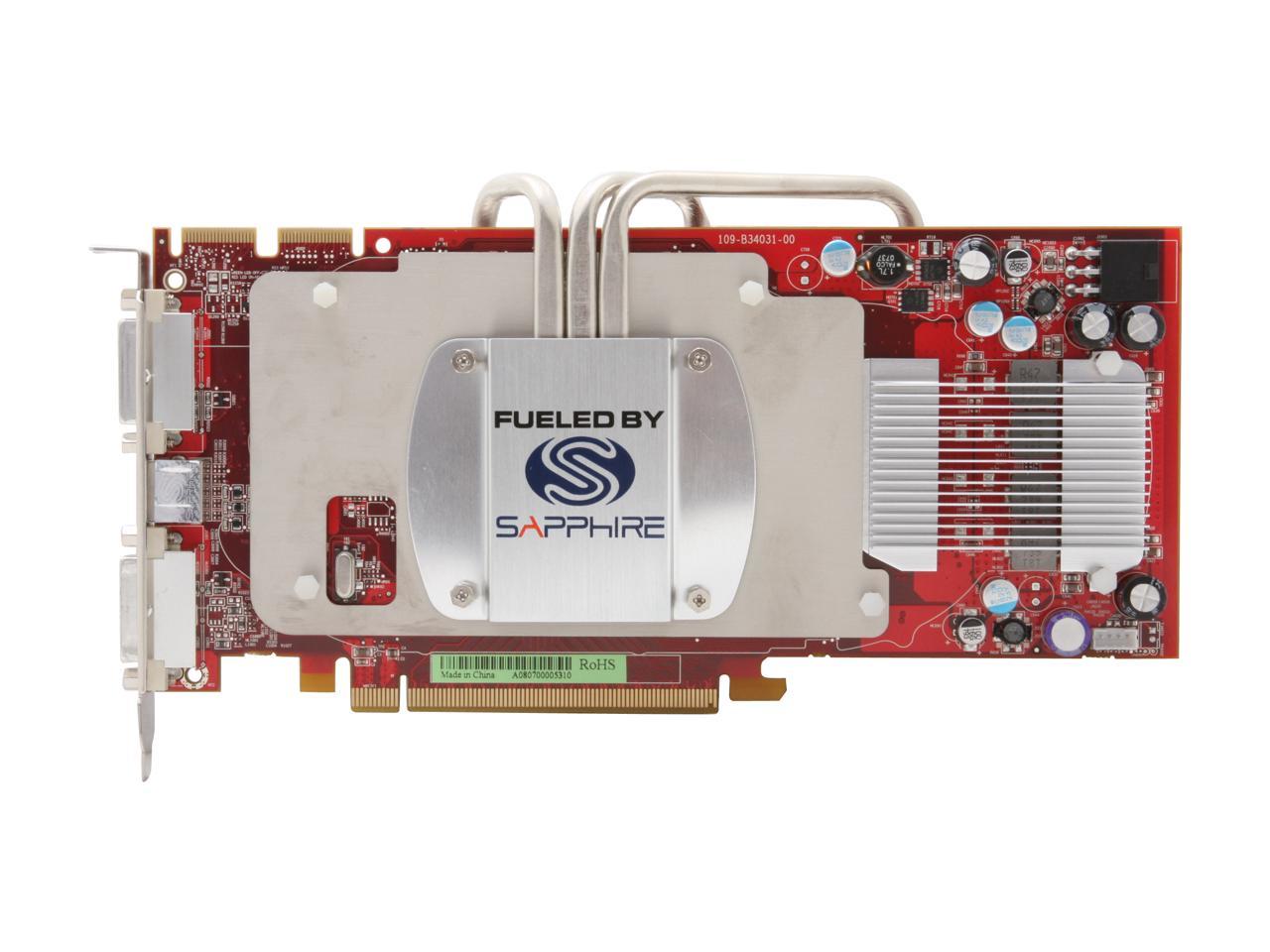 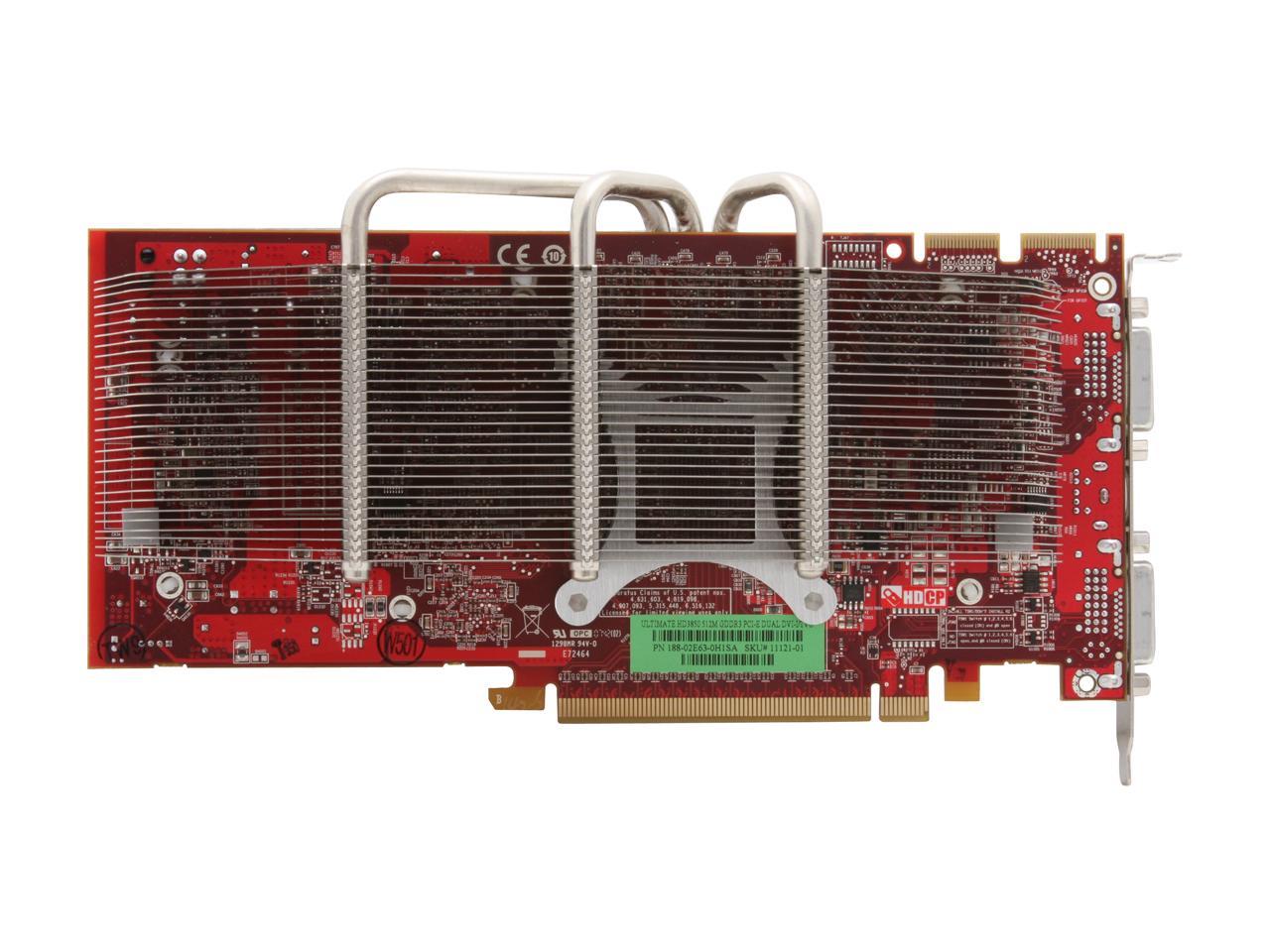 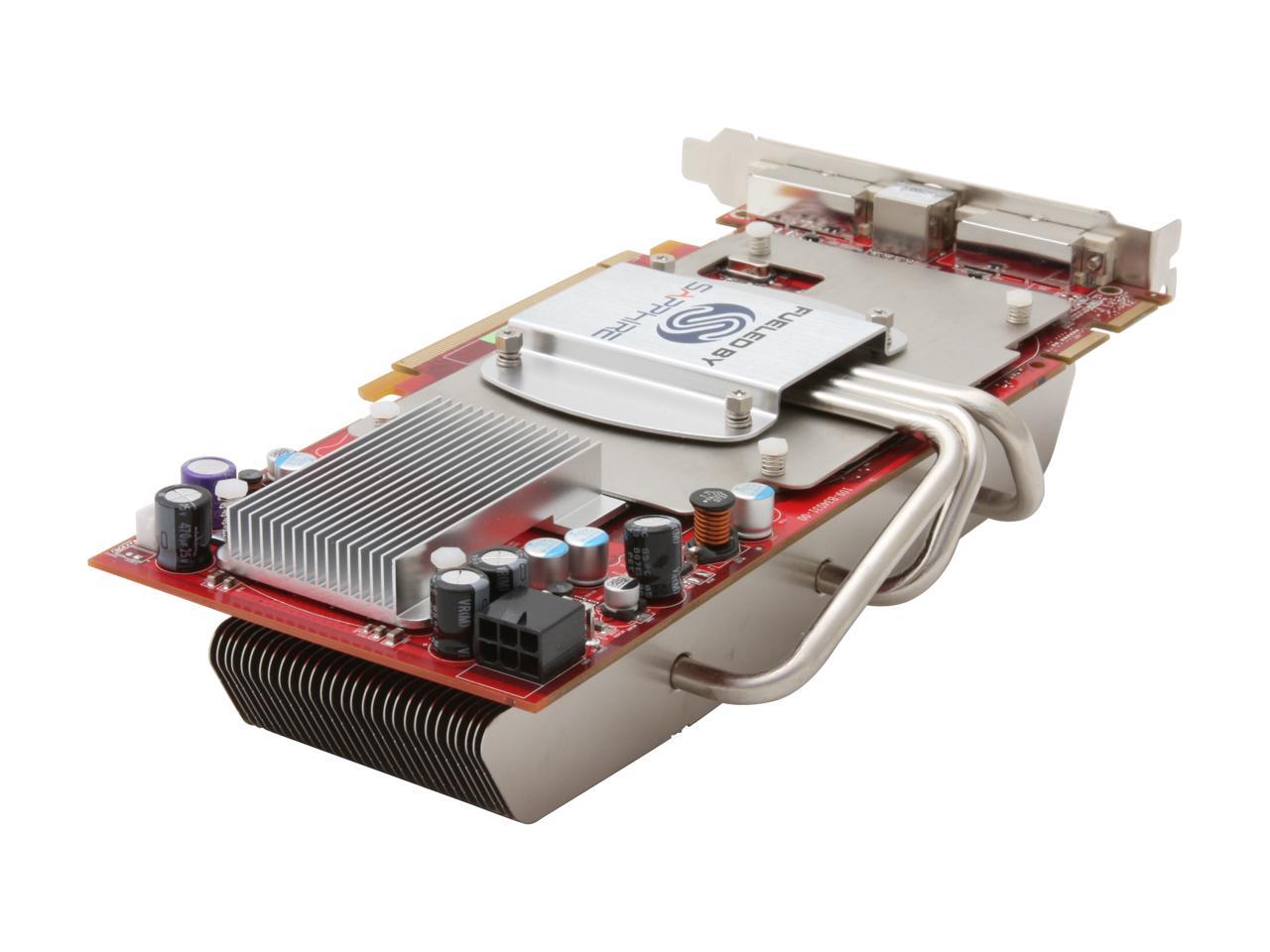 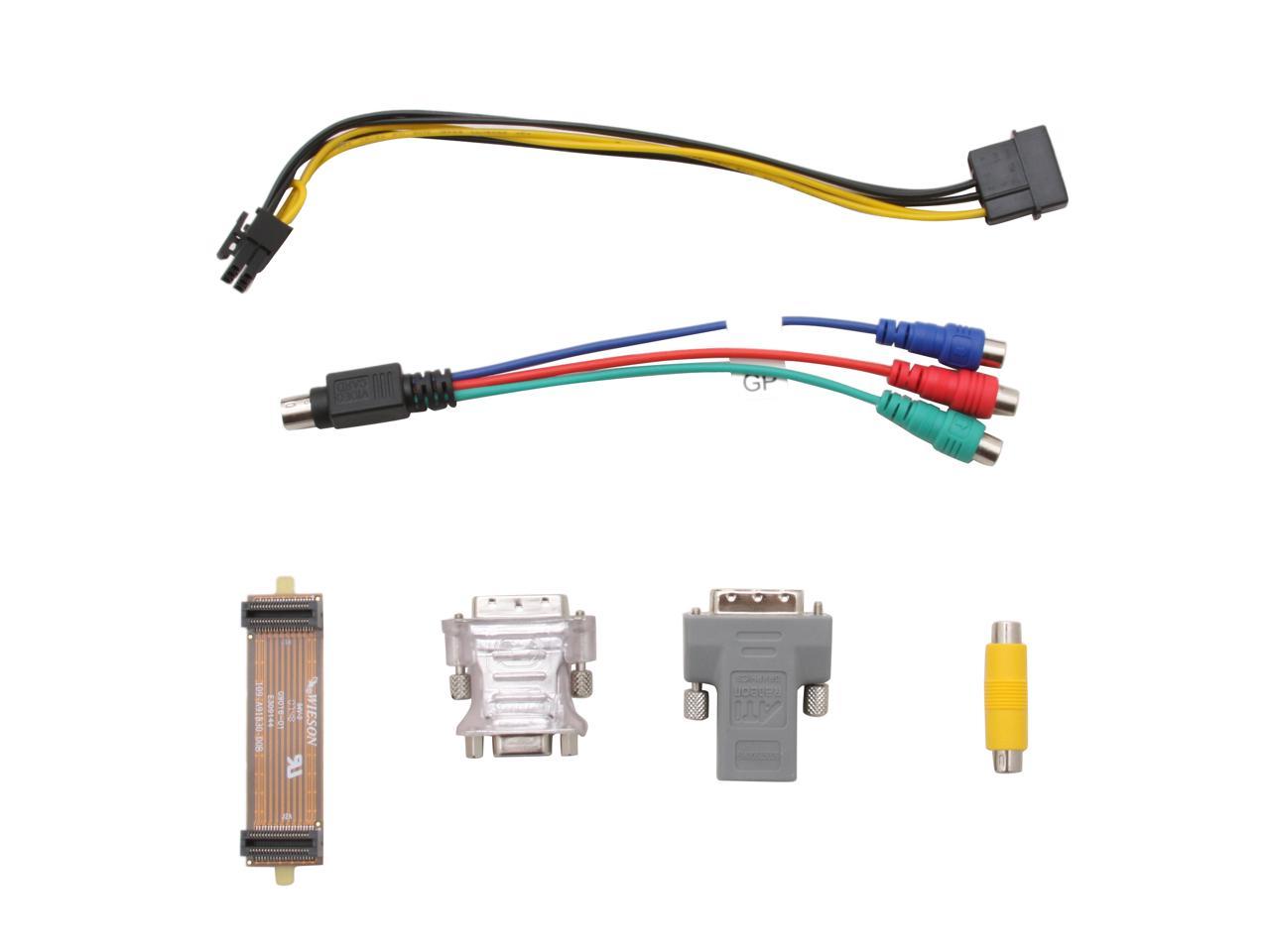 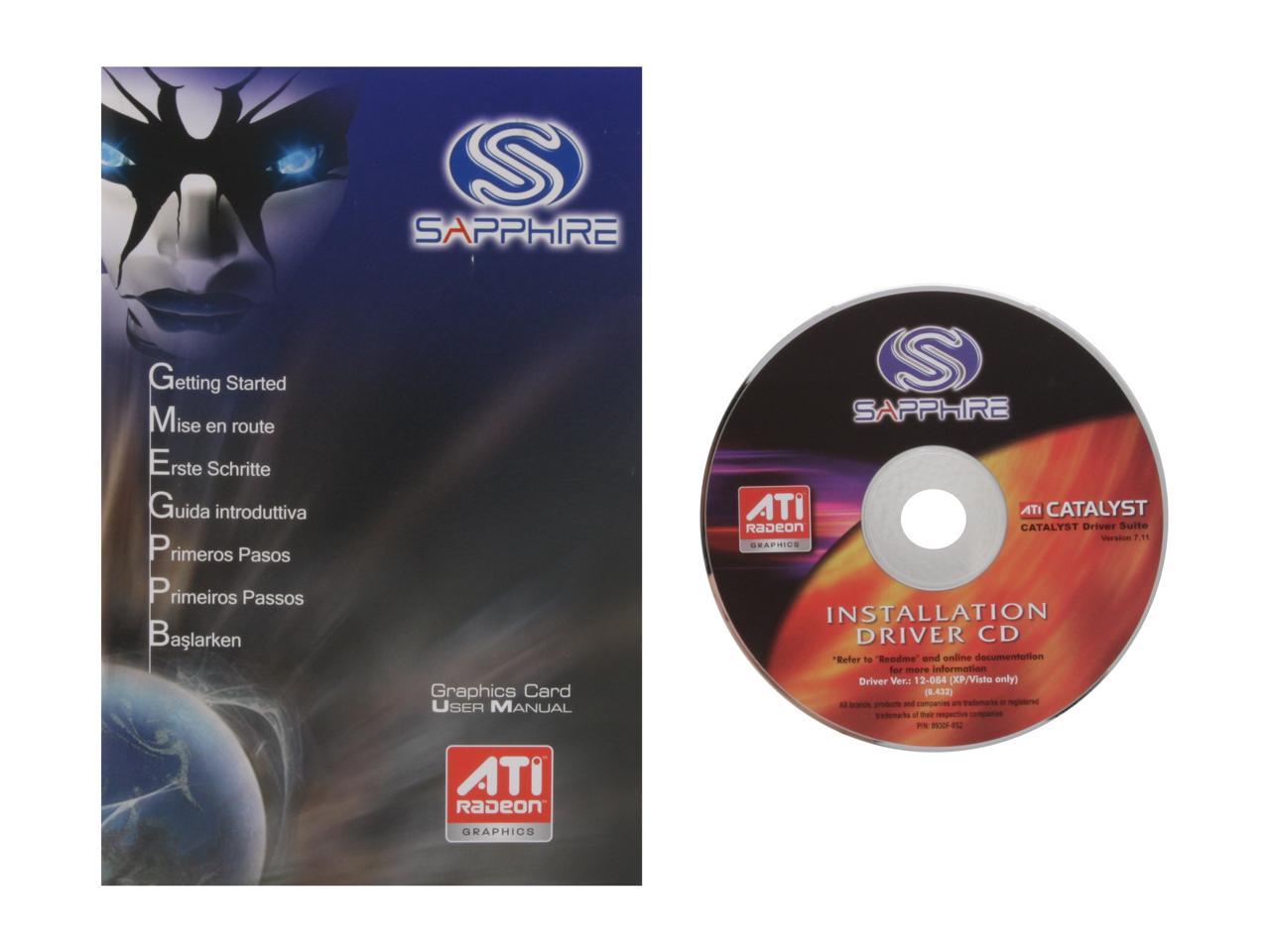 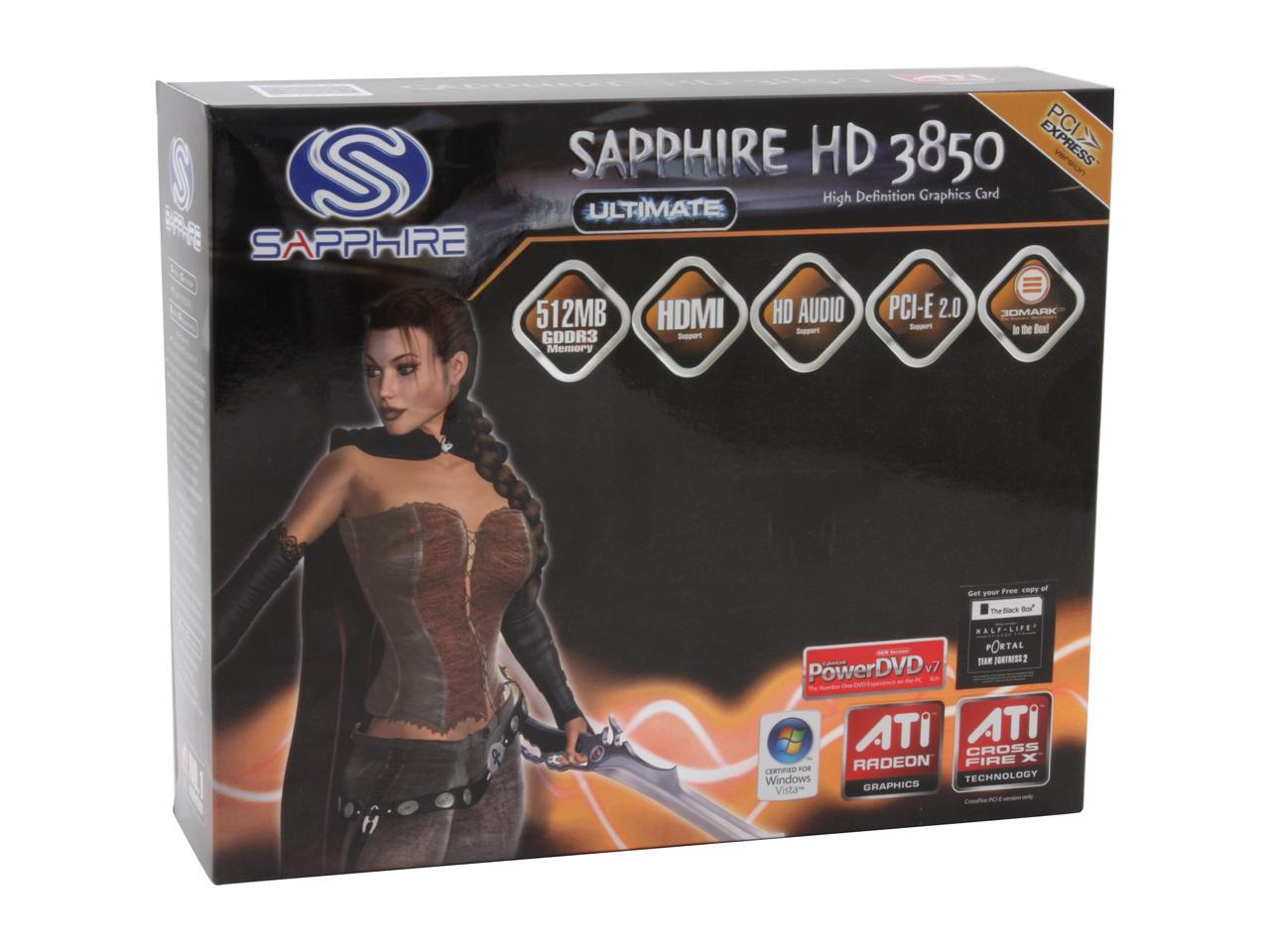 Learn more about the Sapphire Tech 100226U

Pros: This silent beastie is the perfect compliment to my HTPC. I was having trouble watching Blu-ray & HD DVD discs on my older Radeon x1300 - during high motion scenes the X1300 stuttered quite a bit. The 3850 plays smooth as silk, and the image quality seems a bit cleaner as well. It should have plenty of horsepower to play games, but I haven't tried any yet. No heat or performance issues to speak of. The 3850 Ultimate appears to be an excellent silent video card by Sapphire.

Cons: It's a miracle I got this beastie to fit - I thought I was going to return it. It is very long, and was blocked by a drive cage in my case. I had to unscrew the cage and turn it sideways to make room, and the cage is still sitting in there loose (haven't had time to come up with a proper fix). The Sapphire 3850 Ultimate is also wide, so wide the heatsink blocks almost two slots. My motherboard has two PCIe slots above the 16x slot (towards the CPU), and I was using one for a RAID card. The cooler completely blocks the first slot, and actually touches part of the RAID card in the second slot over. The two cards are making enough contact that they are actually pushing each other apart a little bit. Luckily the cooler is just touching plastic connectors on the RAID card, or I would be dealing with an electrical short. It took me 10 minutes to get both card to fit at the same time - two slots apart!

Overall Review: This card is so great that I'm willing to deal with the size issues, though I did rate it down to 4 stars due to the overall size. If you have a motherboard with slots on the CPU side of the graphics slot, you might want to rethink this card if you plan on using those slots.

Pros: The card runs relatively cool with minimum cooling. (I have two 1200 and one 500 RPM Scythe Kaze Jyu-Ni 12cm fans in my case) After a couple hours of gaming, with the card overclocked, and the game's graphics settings up all the way, the card almost reaches 50c and my rig hardly makes any noise. I was able to run CoD4, and the contents of the Valve Orange Box with the graphics all the way up with no problems. (At 1280x1024/75hz) Great bundle!

Cons: While it doesn't necessarily take up 'two slots', it is BIG. And LONG. If you just put it in the topmost slot, it doesn't block any slots...but put it in any other, and the radiator might block the slot above it. (On the M3A32-MVP Deluxe, you can put two in and crossfire them, and only lose a PCI slot.)

Overall Review: With my latest build, I made the move back from nVidia to ATI. For little reason other than the fact that my motherboard, the ASUS M3A32-MVP Deluxe is a quad-crossfire board. It seems to me it was a good decision. The new version of ATI/AMD Crossfire looks to be a better solution than nVidia's SLI, and this is a very solid card for the money. I'm running mine at 708/936mhz, and the default clocks are 669/829mhz (Core/Memory) and that's just the OC I was able to attain using the automatic tuning tools. The bundle includes full versions of 3DMark06, PowerDVD, an activation key for Valve's 'The Black Box' (HL2:EP2, TF2, Portal), and a suite of other DVD software from Cyberlink. I only got one, but I'm getting another for sure!

Pros: This is a very nice card... It is fast and powerful. A world of difference compared to the HIS 3650 silent card that I have. Vista x64 SP1 rates this card at 5.9 (highest) on both counts. Photoshop is snappier, as well as general desktop performance. And, it is completely silent :) which we love. The passive cooler on this card seems to work really well, tho of course airflow inside your case is very helpful. Finally got a Sapphire!

Cons: You look at the pictures and think "Nah, this card isn't that big", and then you open the box and grab it and find... it is HUGE! But even tho it is big, it didn't hit my memory slots (barely) on my new Biostar T-Power i45 board. The card is actually 9.5 inches (24.1 centimeters) long; then, you have to plug the pci-e power plug in the back, making it stick out a little further there.

Overall Review: Seemed my previous card, the HIS 3650, was bottlenecking my desktop performance in my new system (I only had it in there for a day while waiting on this card), and it also would never be recognized at pci-e 16x mode, and instead was always at 8x mode (I don't think this makes a difference tho). By the way, there is also a Sapphire 3870 Silent being made available right now (check Sapphire site), tho atm Newegg doesn't have it yet. I looked over the specs but they're almost the same; only gamers may tell the difference in performance there maybe. --Biostar TPower i45, Intel E8500, 8gb ddr2 G.Skill RAM, WD 640gb SataII HDD, Sapphire Radeon 3850 Silent, etc.

Pros: I use my computer to record music and do some video editing so it has to be quiet. I also like to play the latest games. This card is perfect for me. Silent and it has no problem with high graphics games.

Cons: It's big, but I didn't have a problem. Asus P5B Deluxe in a Antec Sonata case.

Pros: I purchased this video card for my home PC with the goal of video editing and internet surfing. It's obviously quiet due to the heatsink. The heatsink functions fine and doesn't really get hot at all at idle. The card also throttles down when at idle which is a major reason I bought it.

Cons: The heatsink takes up one PCIE slot as well as a slot above and below it. I had to put it in the second PCIEx16 slot on my ASUS Rampage, otherwise it would interfere with the audio riser card. In this configuration I basically have one PCI and PCIEx16 slot open.

Overall Review: Drives for the card from ATI's website work fine under XP x64. No complaints.

Pros: Good performance for what you pay. Heatsink is a nice feature to add if you either: 1. want a silent case 2. dont want to add to your case noise

Cons: The heatsink BARELY fit over my northbridge on my DFI DK x48 Motherboard. This might be a hazard if your NB is already running hot and without a 40mm highspeed fan. Fortunately, mine has a fan.

Overall Review: I am using this in CrossfireX with a 3870x2 but since I did not want a spend the $ nor waist the extra space, I chose this card and I would cannot say that a better decision could have been made (accept with a 3870) CFX rocks! high 14k 3DMark 06 score.

Pros: If you don't have a specific need for an Nvidia card, and you want no fan, this is about as good as it gets. Excellent performance, no noise, and limited power draw. I'm very pleased with the card and would definitely suggest it if you're looking for quiet and solid. It doesn't get that hot even without lots of case cooling, and no fan means no fan to break and burn out your card.

Overall Review: It is a long card, and blocks your memory slots on most boards, but it fits in a lianli mid tower with standard height memory.

Pros: This card is great with my asus mb, can connect dvi to hdmi to plasma and get audio(pretty sure just stereo) through hdmi

Cons: its big and takes up an extra pci slot with the heat sink, make sure you have room