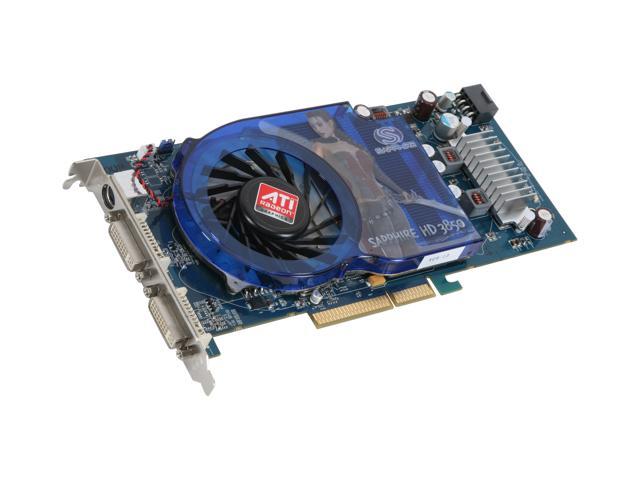 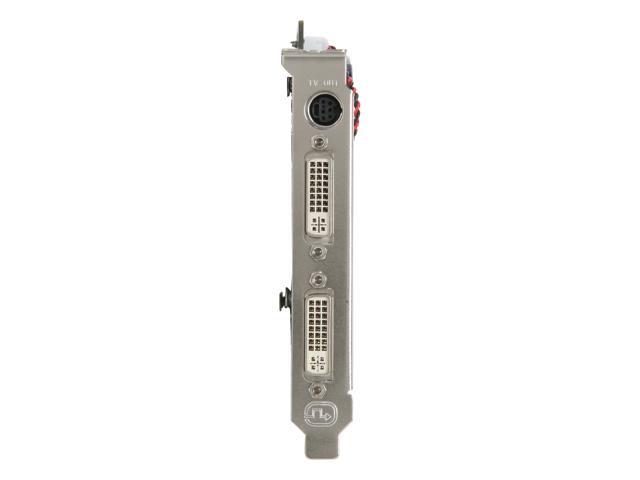 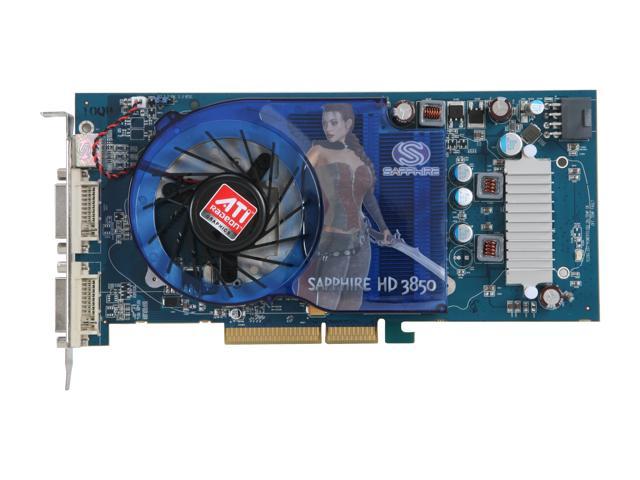 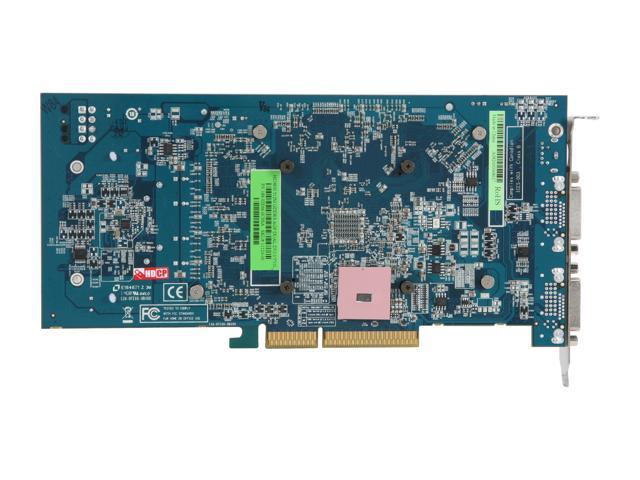 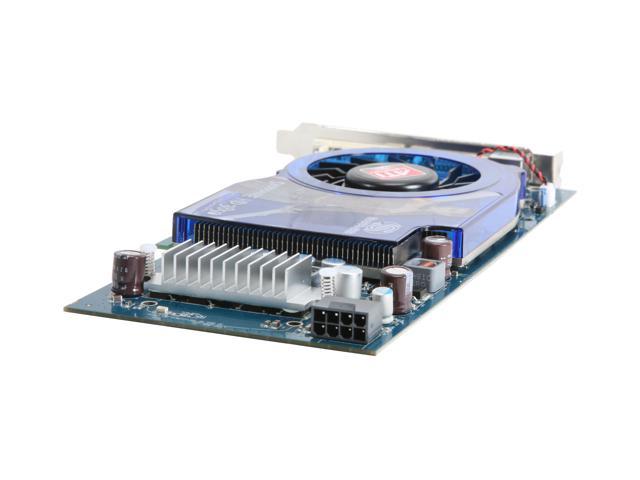 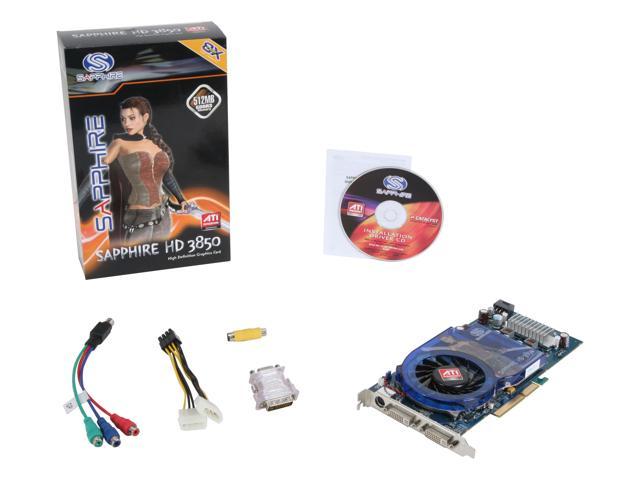 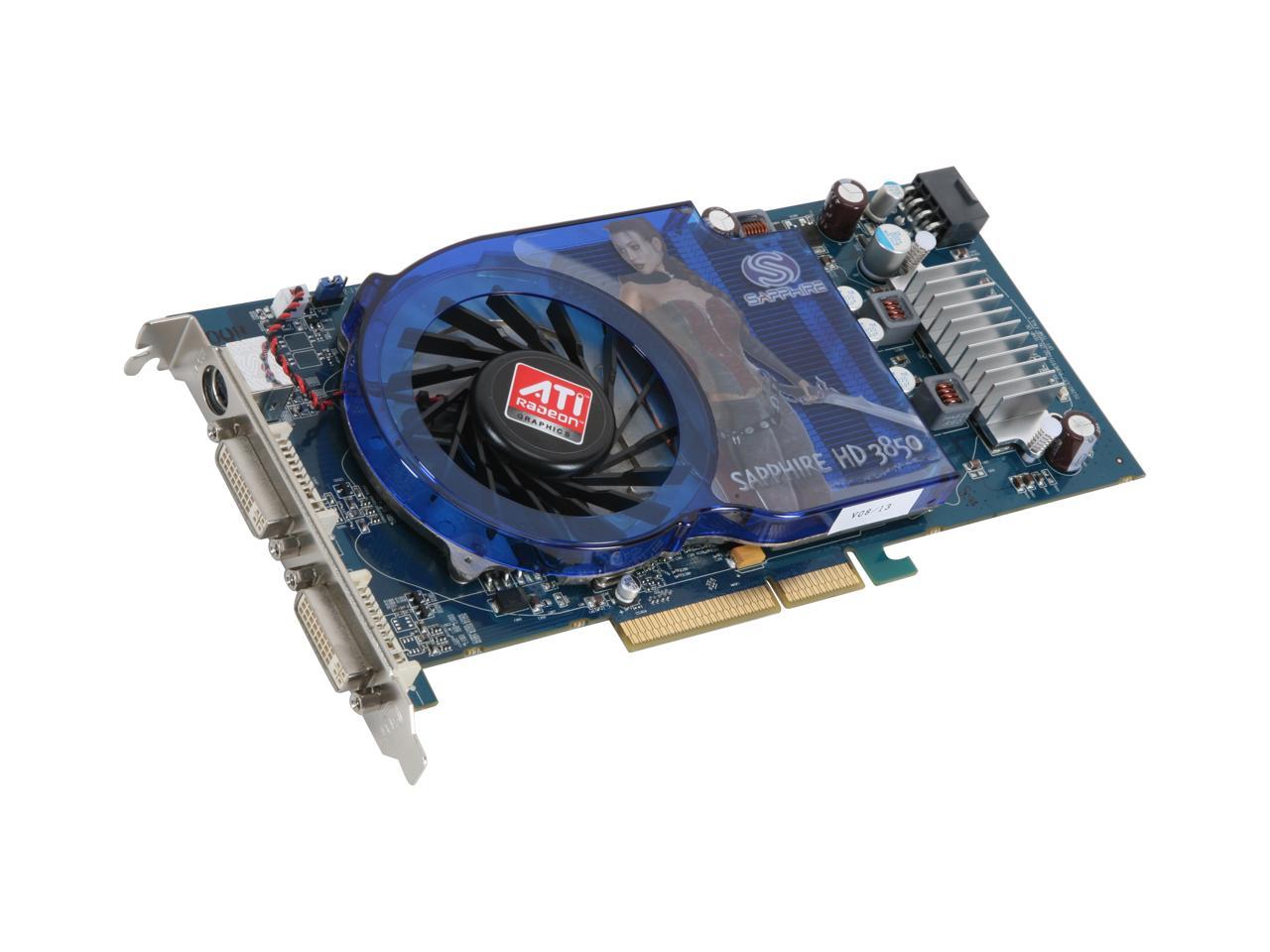 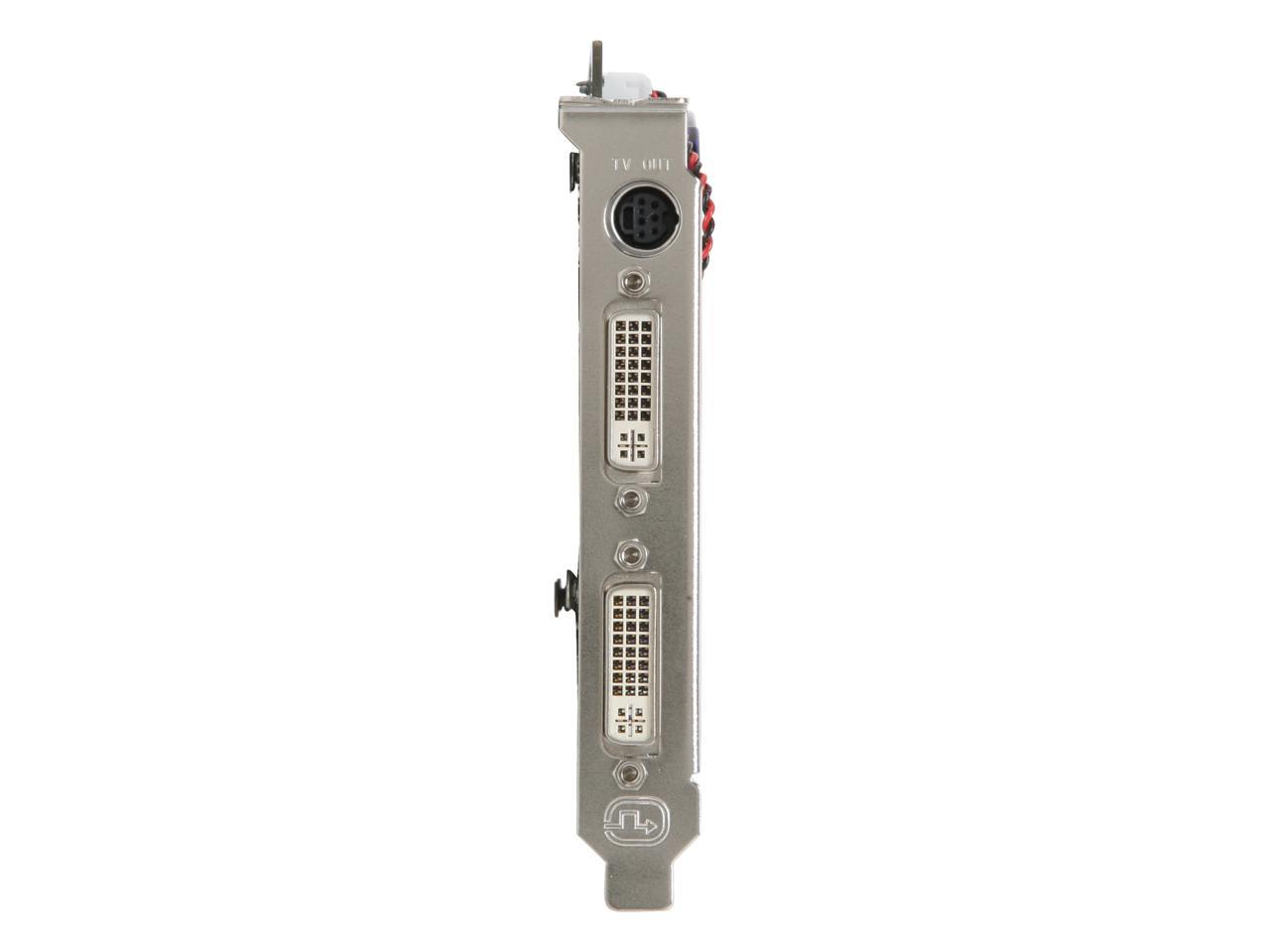 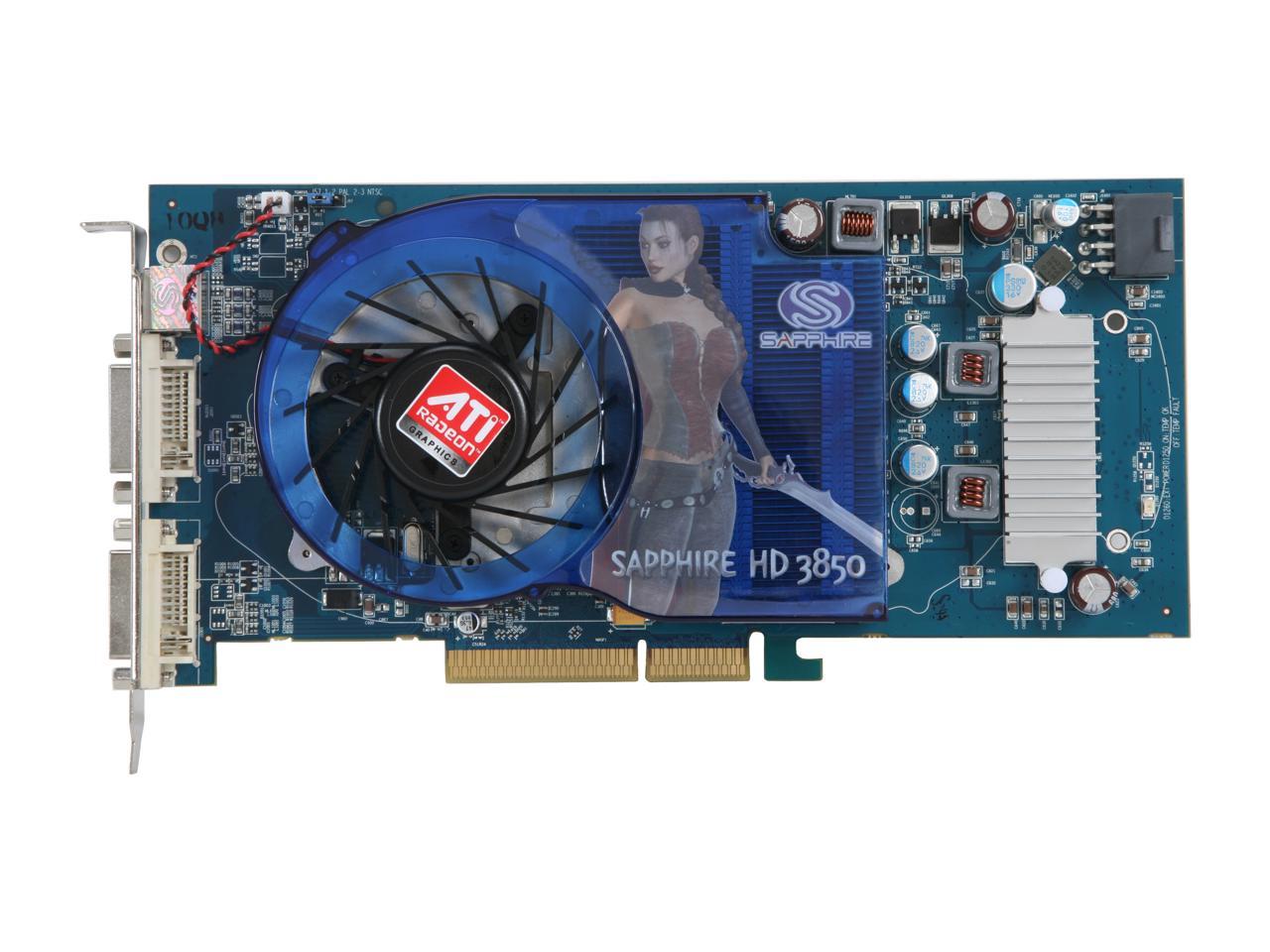 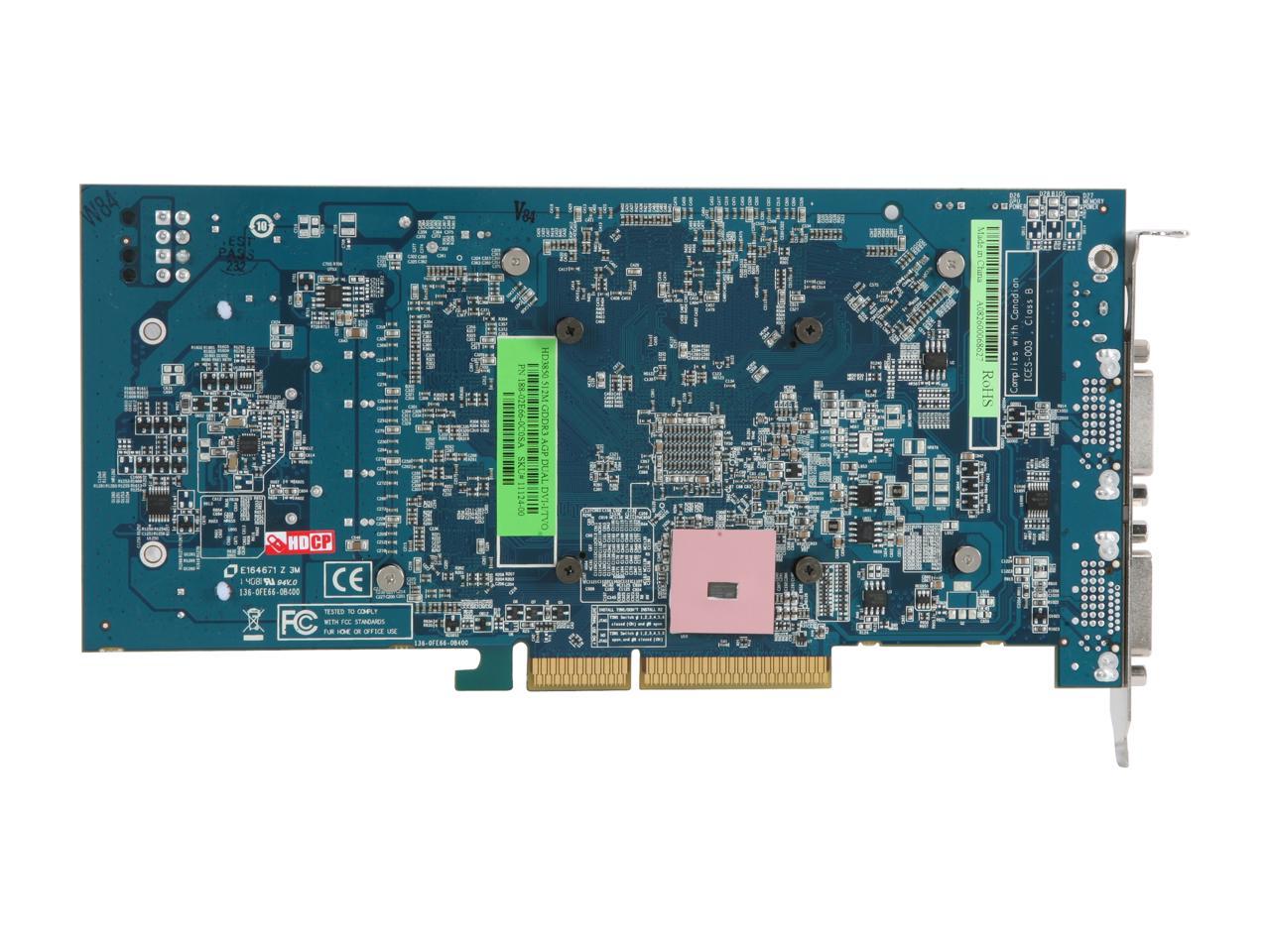 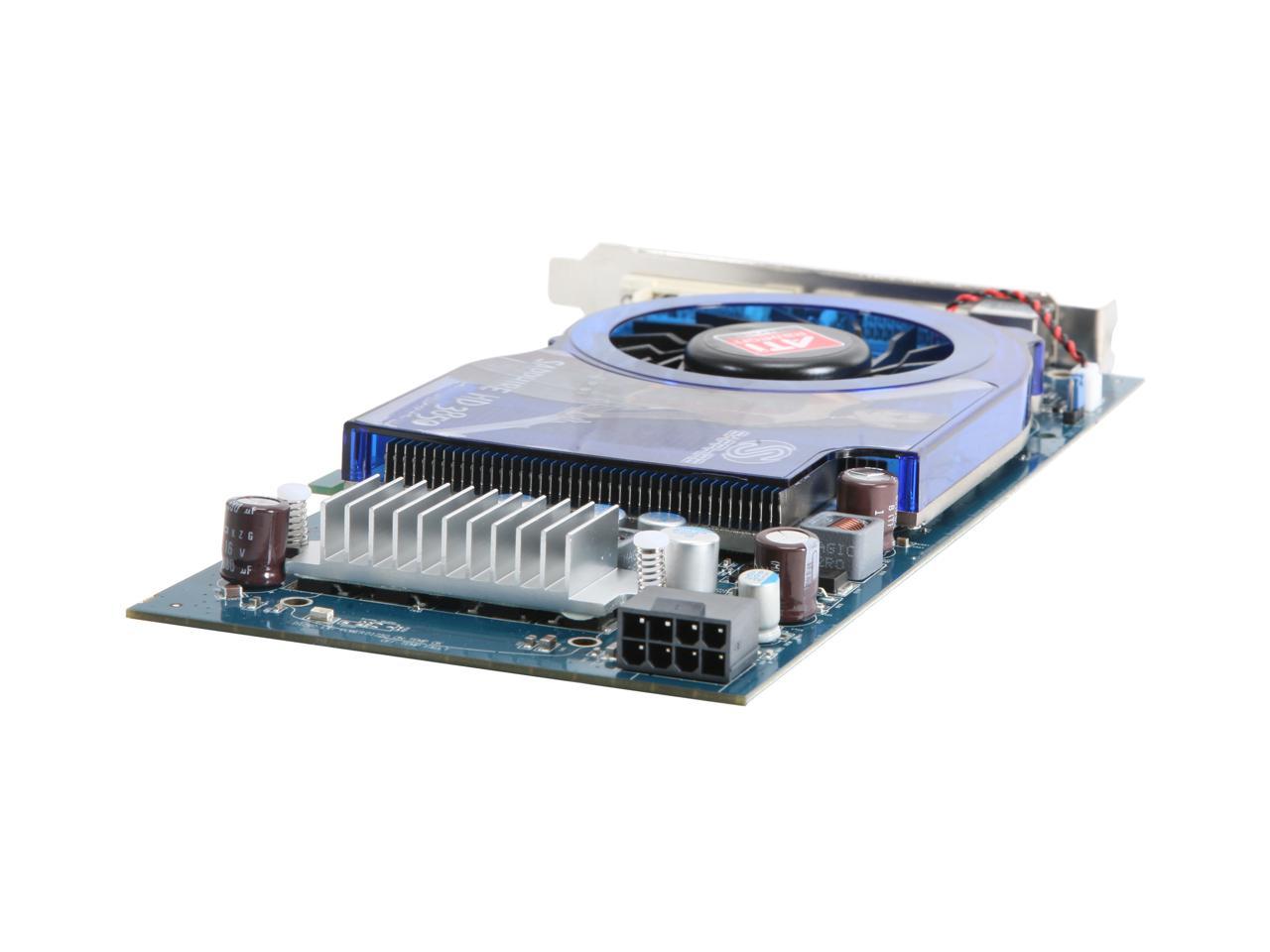 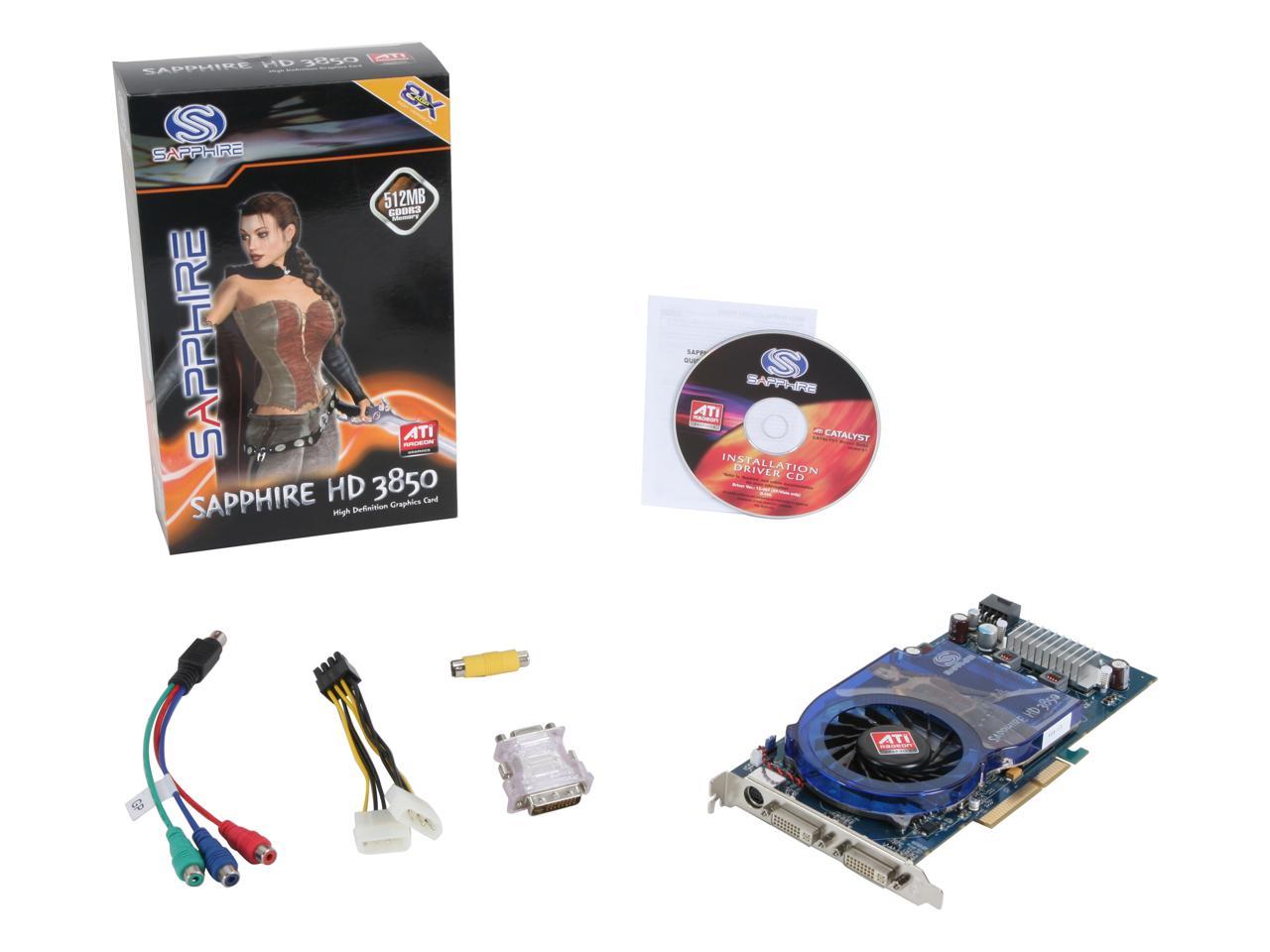 (779) Write a Review
OUT OF STOCK.
Specs
Reviews

Pros: This card was a huge upgrade from my X800 Pro. Increased 3DMark06 scores from 1500's up to 7271. Runs all source games at 1680x1050 and max settings with HDR flawlessly. It also does the same for COD4 and UT3, and the Sims 2, very playable framerates. I have yet to try Hellgate London. Excellent service from Newegg. The Powerplay feature helps keep temps low when not gaming by lowering the core to 300MHz. Overclocked to 720/950(1900ddr) with Overdrive, card ran stable! It was very nice that they included the power adapter, my Antec NeoHE 550W works fine with it.

Cons: Only a few minor things here: price dropped by 10 the day after I got it, drivers work fine, but are not yet optimal, single-slot fan lets it get just a tad hot, and it was noisey but as soon as the drivers were installed the noise went away, its not a feature-full package(a game and a few more adapters and more software would have been nice) Overall, not enough to take away from the excellent performance you get.

Overall Review: If you still have an AGP system, this is a very worthy investment to get another year or two out of your gaming machine. Make sure you have enough room, you may need to move a few HDDs forward. If you have an X2 or a dual-core opty at 2.5GHz or higher, you should have no problem running this card. My 4200 Toledo is at 2.7 and 2GB of RAM make a perfect match for this card. Hope to see what DX10 is like after 8.3 is released.

Pros: Pretty much the fastest AGP card you can buy. I crammed this into a Shuttle SN41G2 to make a toaster sized mediacenter. Yes I had to chuck the original power supply, and put in a 350 watt server supply. It runs great and allowed me to put some old hardware to good use. ATI drivers installed with no issues.

Cons: Other bad reviews. By bad, I mean provide you the purchaser with no real info

Overall Review: To the people who complained about drivers, read the warning that says "no user serviceable parts inside". These means you aren't qualified to write a review as a "high understanding" because you can't read. AGP 101 says install the motherboard GART driver first! Then to the people with VISTA who say I can't install bc it says it's not signed, turn off the setting for device manager warning about unsigned drivers!!! I am just amazed that people want to share their ultimate failures and then de-rate the card. The issue is with AGP and your quality chipset. This card is light years ahead of the junk hardware you are trying to upgrade. I'm also willing to bet the junk powersupply you have (it said 400 watt) has more ripple than the AC out of the wall.

Pros: Playing all my Older games Maxed Out. Playing newer games at 1650X1050 on Medium to High Quality Settings. Very pleased! has revived pc gaming for me. Was able to power this card with an older 500w power supply using 2x4pin cables on two separate PSU rails; connected into the supplied PCI-E adapter. I was worried about power, because my PSU has 28A on 12V spec. Sapphire website tells you you need 30A on 12V. I read a post here were the gentleman used a 350W power supply and two empty rails to power this card. I included all my hardware below; I do not think I am maxing out my PSU because my 600W UPS shows a load level of 30-32% idle and 35-40% when gaming. Just remember to make share you have 2 PSU rails you can dedicate to this card with an older pre PCI-E PSU, and you should be ok I think :)

Cons: Card is huge spans to reach within 1/2" to 1" of the end of my atx mobo. I had to get creative with re-routing power to my SATA HDs, and other devices. Ended up with 2 or 3 cables laying on top of this card.

Pros: Best AGP board you can get for your aging setup. Runs WoW much faster than my old 7600GS. My proc is the bottleneck tho, its a Barton 3200+ with 2GB. The thing runs WoW at 1920X1080 at about 30-45fps in most cases. Very little noticeable lag in heavy raids and quality settings tuned to about half.

Cons: Needs lots of power. 22a single rail PSU is really at the limit, causing random reboots. Highly suggest a PSU with at least 30-40amps on the 12v rail or dedicate a separate rail to this card. Comes with a 2-Molex to card connector.

Pros: I had no problems installing this card, or it's drivers. I used the drivers on the disk. The PC was an old Dell XPS with a P4 processor and 1GB of RAM. It replaced an old ATI 9850. CoD4 runs perfectly with all high settings.

Cons: None so far, but the card has not been tested under too many different situations yet.

Overall Review: Price is a little high for an AGP card, but this is the best card to drag a few mores years out of an old PC.

Pros: This card improves the visual quality of the games I currently have enabling higher in-game settings and producing better frame-rates than the 1950 it replaced (e.g., Far Cry, HL2, Titan Quest, Fear) – and runs cooler. And it will allow you to run other games that were released 6 months to a year ago that would choke a lesser card, particularly those that are GPU-intensive.

Cons: This isn’t such much a con as a realization of limitations - I have a P4 3.2 Northwood, and yes to some extent, it does bottleneck this card. I won’t be playing Crysis or future CPU-intensive games with this combination, but there are still many games it can accommodate.

Overall Review: IMHO, it is a worthy successor to the 1950 Pro which is no longer produced and which is only available used, or new at prices only slightly less or higher than the 3850. The card is roughly the same size as the 1950 Pro at nine inches in length, and requires a quality PS of greater than 450 watts with a 12v rail of at least 30 amps – the more “headroom” the better. Any motherboard with less than an 8X AGP slot will not do this card justice. And finally, while the drivers and CCC software Sapphire provides do work, they are not WHQL certified. Supposedly, the 8.3 Cats to be released in Mid-March will provide WHQL certification for this card.

Cons: 3DM CPU Score went down? 987 to 977. Does that mean the CPU is now my bottle neck? If so, that's not really a con of the card, but a limitaion of my system, so that may be a problem for systems with less CPU - but still not a fault of the card. For me at least as long as this thing runs my racing sims without problems there will be no cons.

Overall Review: Dell 4600C w/P4 3.4g swapped into Gigabyte Poisidon Case. Thermaltake toughpower 750w PS; 4gig Kingston Hyper PC3200. Dell 2407 monitor. Just finished installing and running benchmarks. Score may still not be earth shattering, but my gaming is limited to racing sims and an occasional RTS title and the 1950 already allowed me to run all my sim titles on high or max settings at 1950x1200 with only occasional fps issues. If this card plays half as good as it tests it will far exceed my expectations. My system should now be able to do everything I ask of it and more until Vista is sorted out and newer games come out to take advantage of DX10. Until then I have no reason to upgrade. Thank you ATI, Saphire, and especially Newegg for delivering this thing within 24 hours!

Pros: Add Excellent Graphics performance to an AGP board. Quiet. Fan speed can be controlled with RIVA tuner. Comes with adapters. Probably THE BEST AGP card on the market today. Decent Support from Sapphire.com My 3DMark03 score MORE than 2X (previous card was Nvidia 7600GT)

Cons: HUGE VERY difficult to set up (Drivers are Nightmare!!) Documentation is horrible. Very little support on Website (ATI) Will Require Large Power Supply. I took away 2 stars because installing a GPU should be somewhat simple. The incompatible drivers on ATI site; the default PAL with no mention of a jumper setting; the lack of description of the settings in the Control panel and the effects on the system; These things wasted my time when they should not have! I never encountered problems like this with Nvidia cards. But ATI seems to have the AGP market cornered...

Overall Review: This card ALMOST got sent back! The documentation is horrible. Here (as of 2009-03) is how to set up the card: 1. Make sure you PSU is at least 500W WITH 30+A on the 12V rail. 2. Remove all drivers/ software pertaining to old card. Then install and run Drive Sweeper (free DL); get rid of all remnants of old card. 3. CHECK Jumpers on New Card (default is PAL) this is mentioned NO WHERE!!! (it took me 1+ day to find this!) 4. Remove old card; Install new Card (carefully its huge) 5. Go to Sapphire and download driver (toss out CD ); install. 6. open driver control panel; let Smartgart run. 7. DISABLE FastWrites ; if not makes moving windows choppy. (this took a while to figure too.... errrrr!!!) 8. Then setup displays as normal. I hope this saves some time and aggrivation.