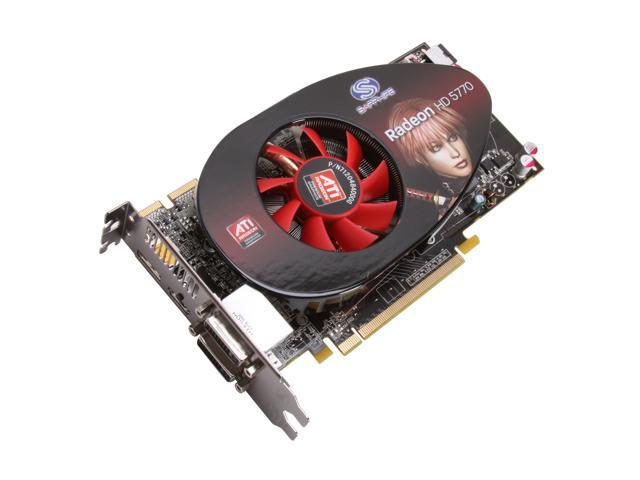 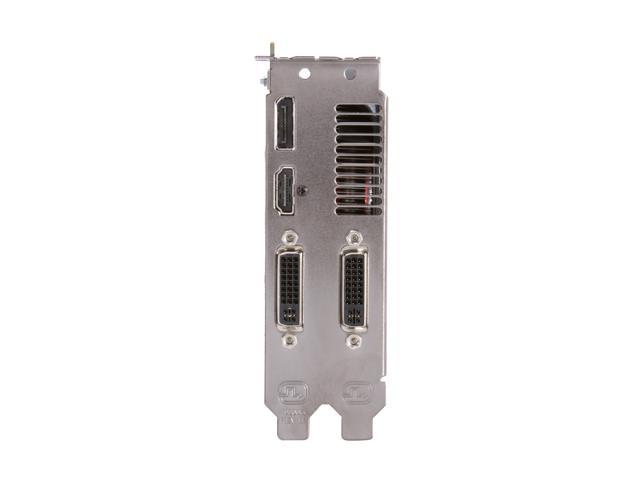 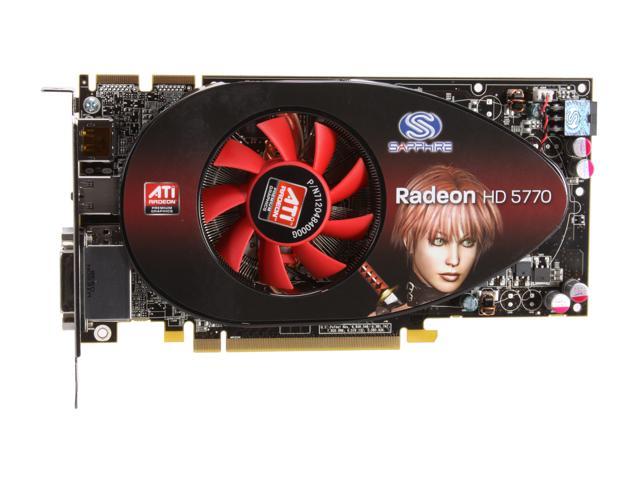 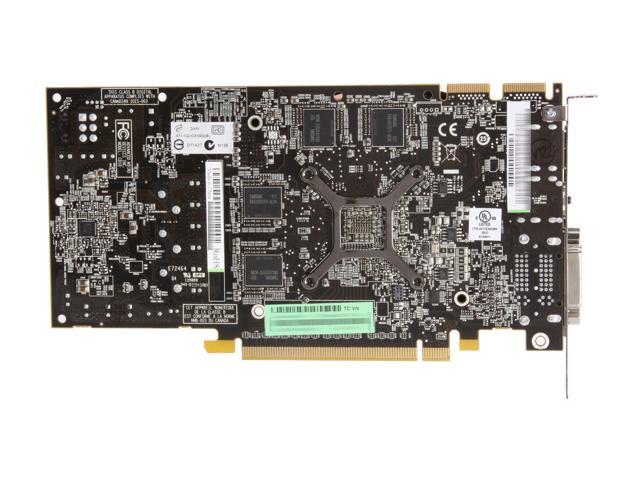 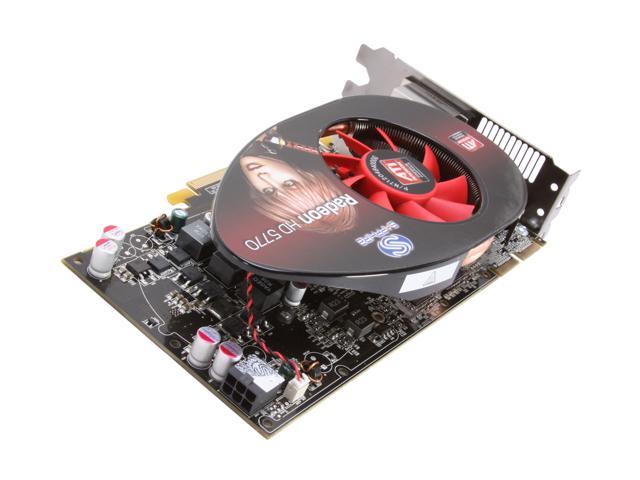 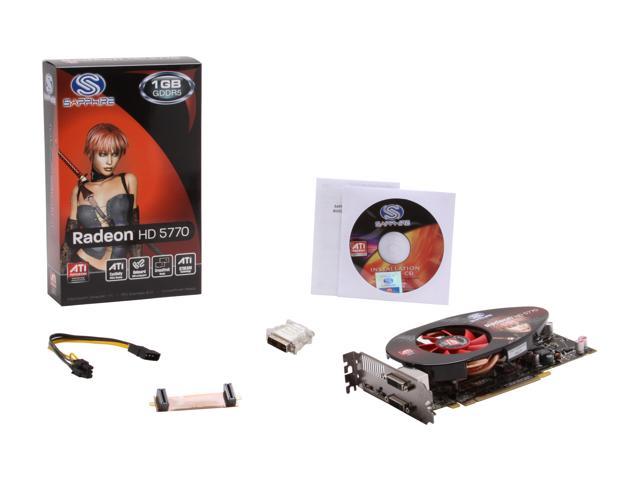 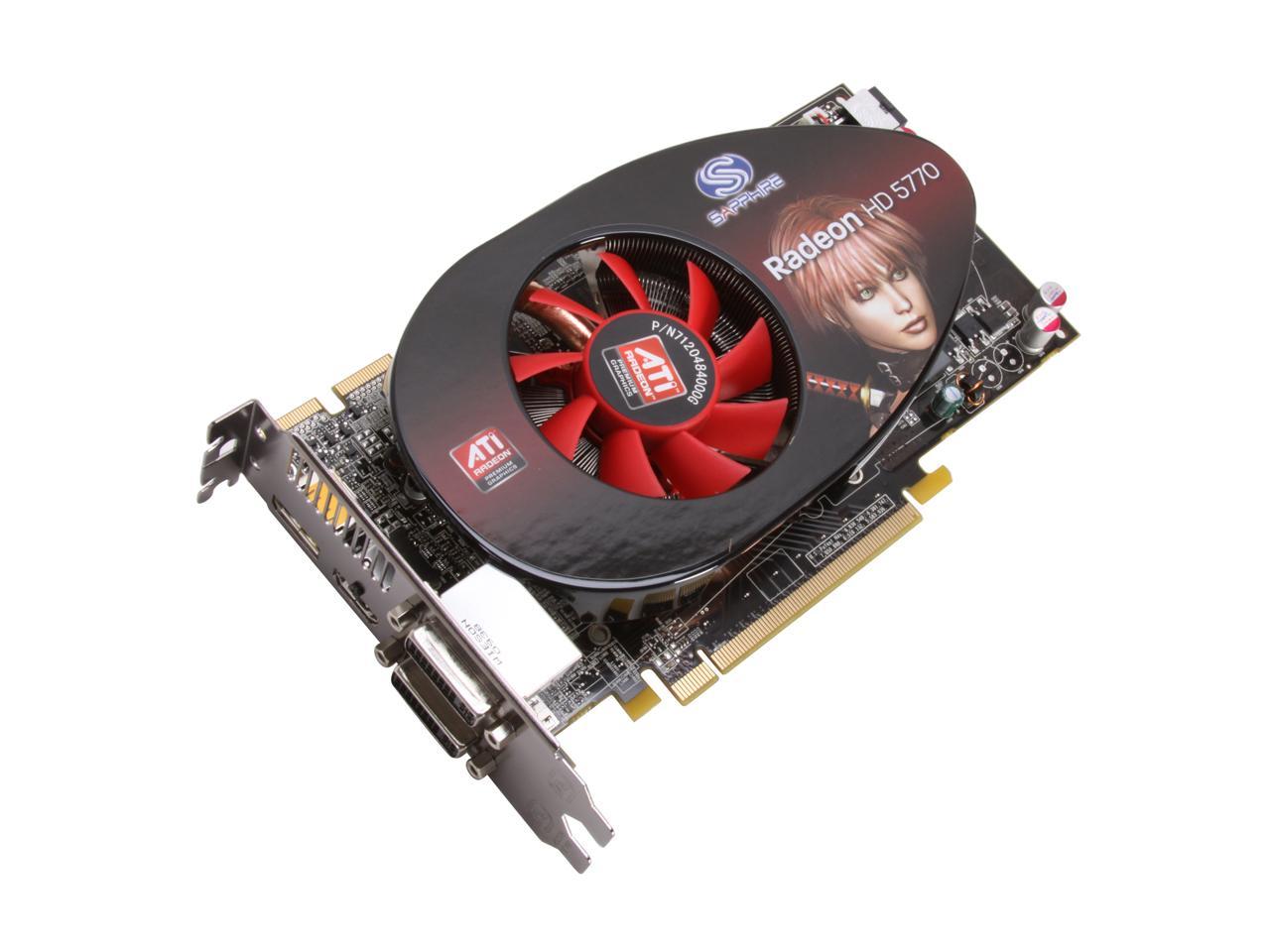 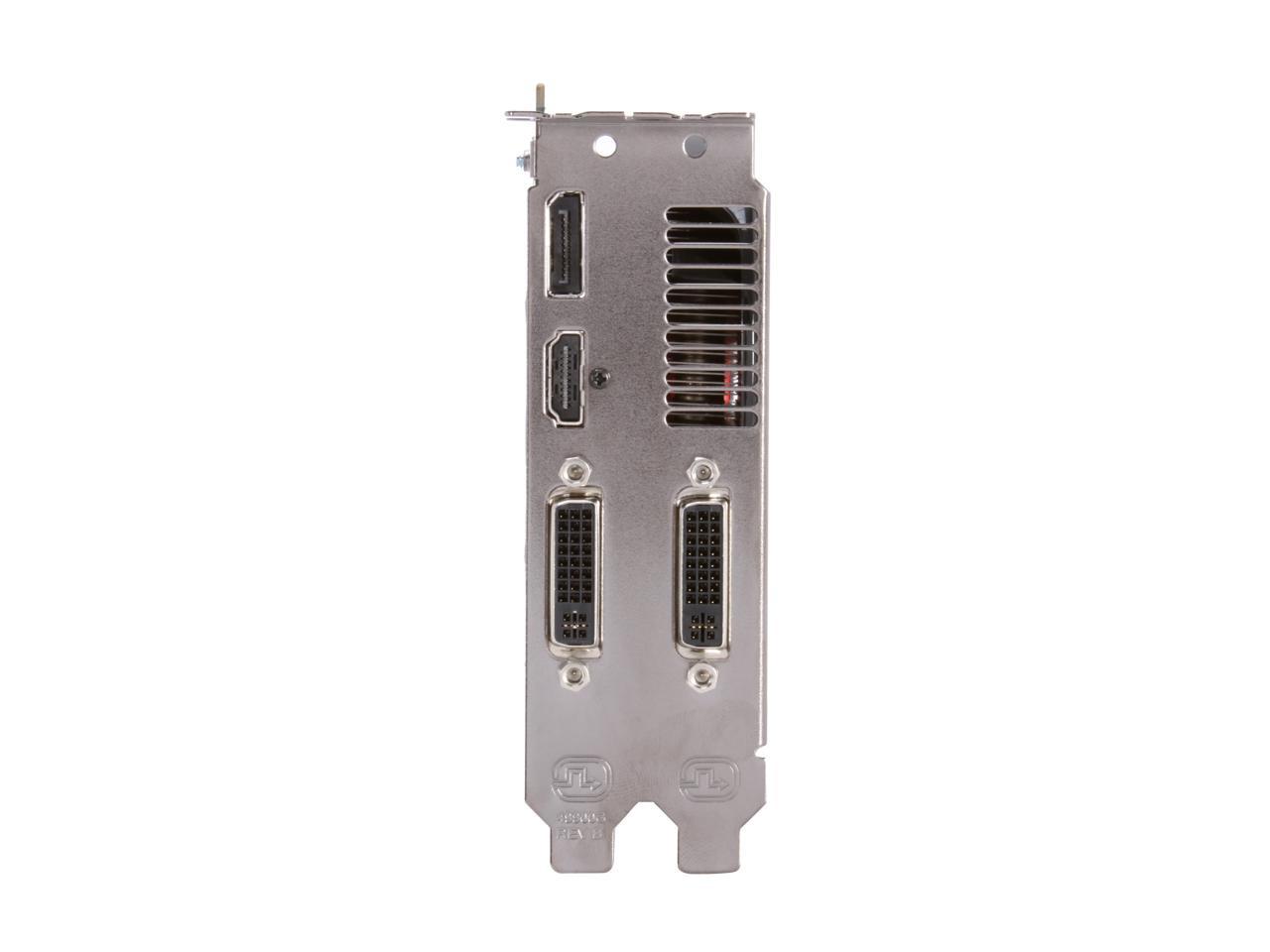 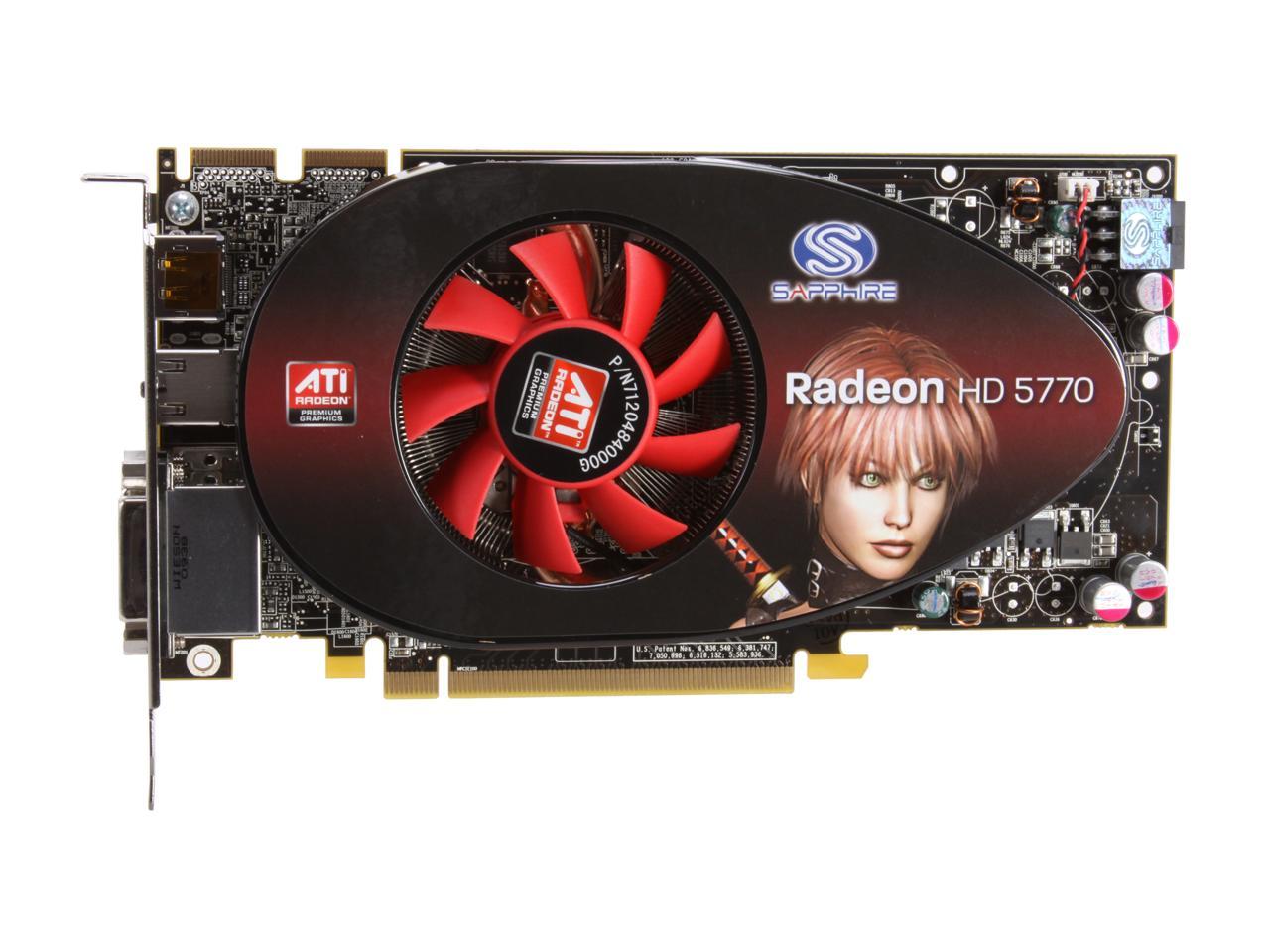 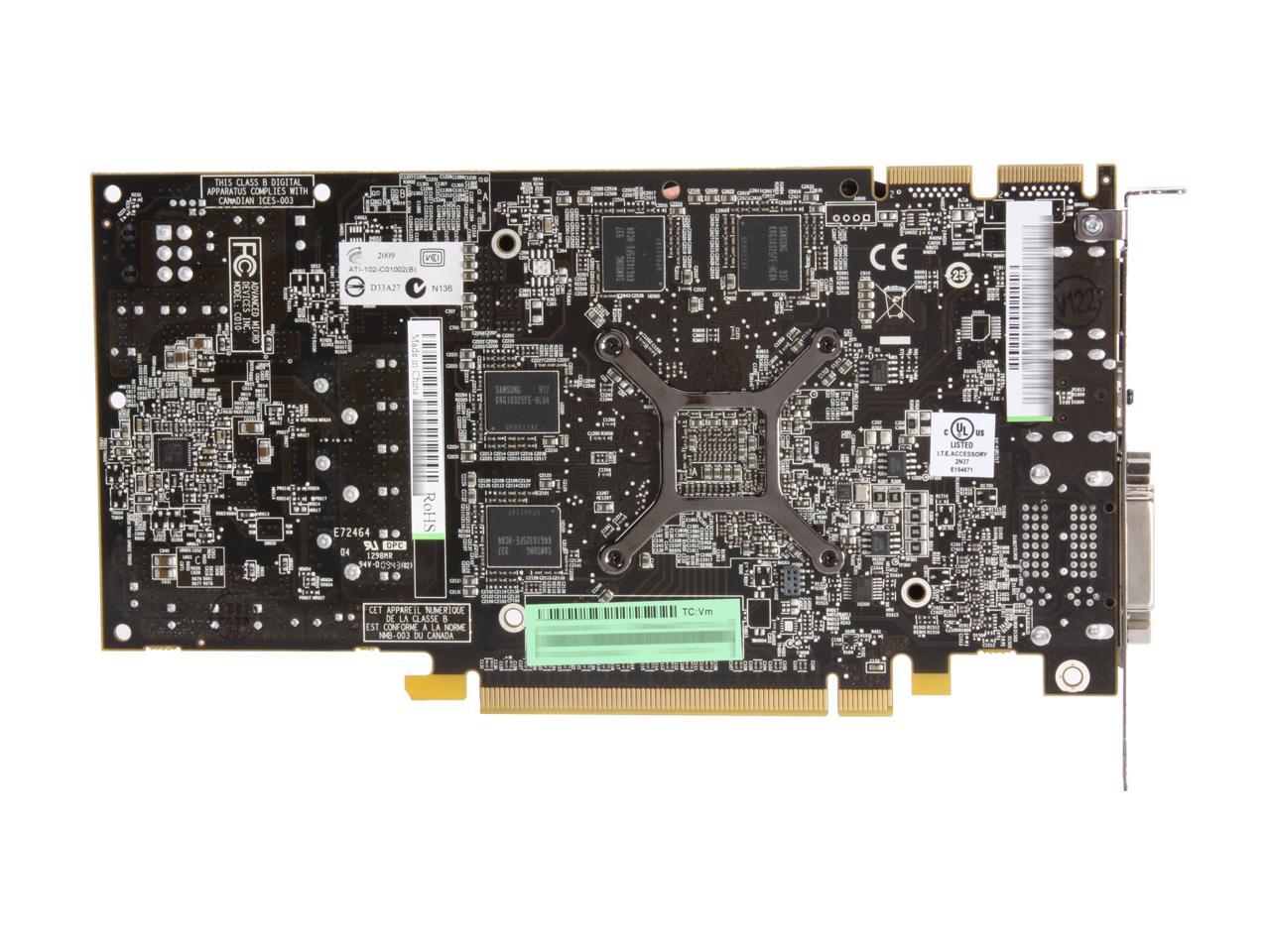 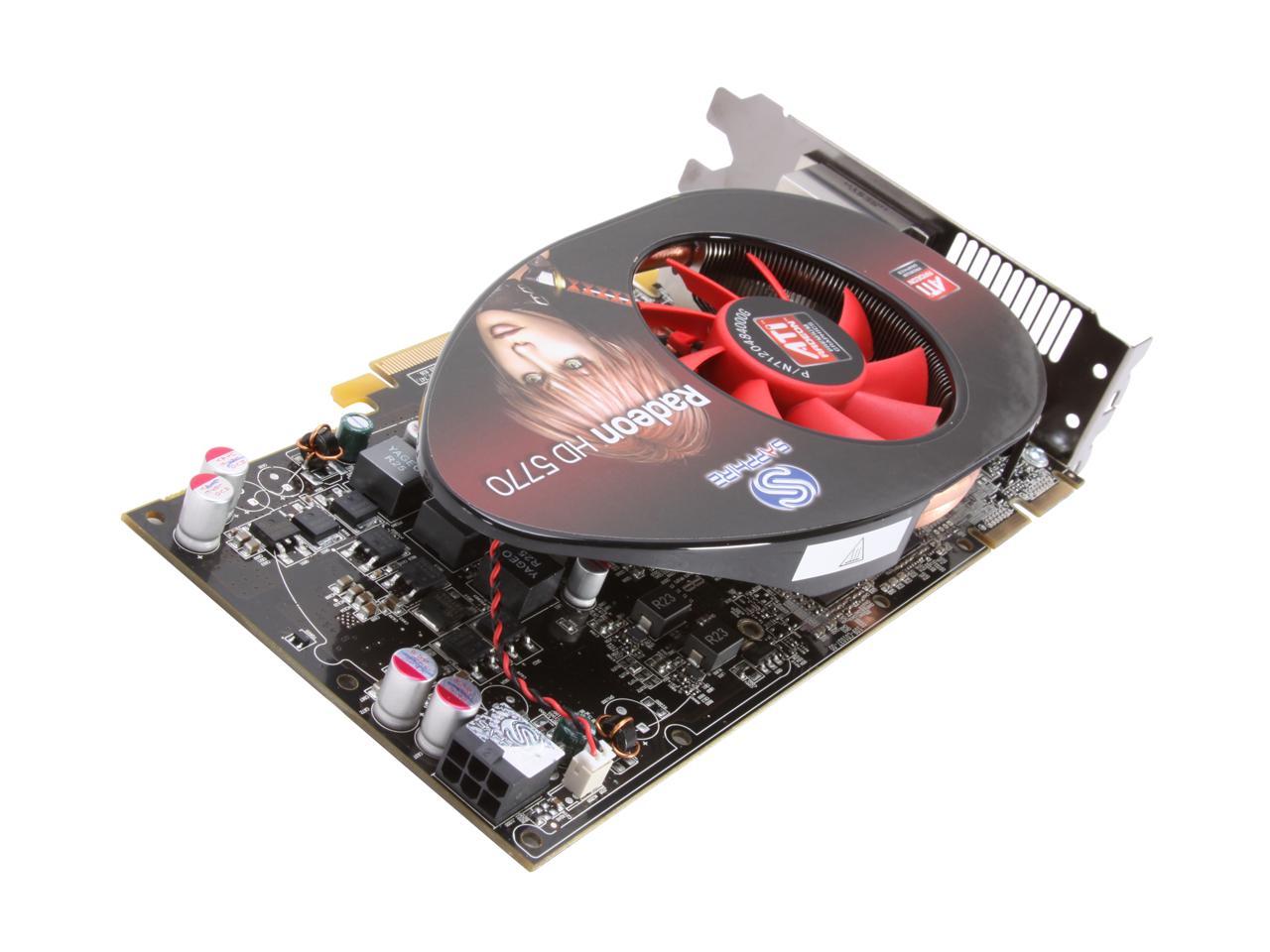 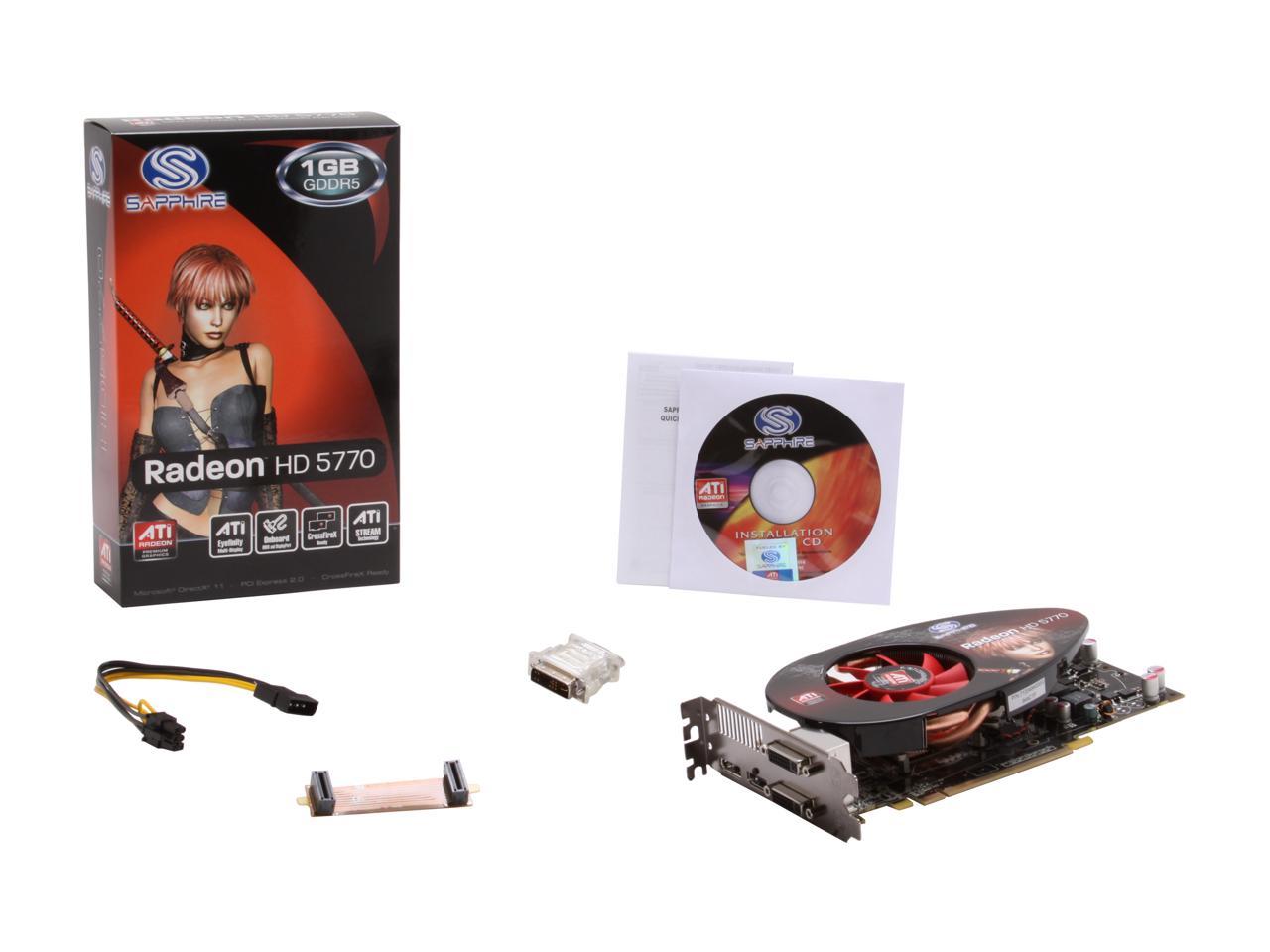 (204) Write a Review
OUT OF STOCK.
Specs
Reviews

Cons: None what so ever!

Pros: Runs Left4Dead2 1600x1200 to DA MAX! Just like WOAH! Counter-Strike Source 2048X1536 Resolution 8X Anti-Aliasing 16X Anisotropic Filtering MAX EVERYTHING.. Online 24 Man Server on de_inferno 150FPS SOLID! This guy is a little performer.. I love it so far! This is an upgrade from a Visiontek 3870 512Mb card.. I almost started convulsing at the FRAME RATE DIFFERENCE! OH MY! SAVE 150 Dollars off of a 5850... Save that up and buy ANOTHER ONE! Cross-Fire will Be just utter goodness with this card!

Cons: The body and plastic is a little flimsy. The box it came in was bleh cheap with only a cross-fire bridge, DVI-VGA converter and the Driver CD/Manual. No extras or anything fancy about it. Not really much of a con..

Overall Review: I only kind of put cons because I first got the XFX version which came in an ultra sexy box with tons of extra candy in the box..*20 dollars cheaper for this Sapphire, so no biggy* The XFX version I got had to be RMA'd because the fan was busted upon receipt.. Unfortunately the company I bought it from ran out of the card and just gave me a refund but still made me pay for RMA shipping back to them.. So they basically took 20 dollars from me and gave me nothing in return.. This is why I will always shop at NEWEGG and not trust them other places! ZOOM!? RIG: AMD AM2 5600+ X2 Processor GIGABYTE MA 790 UD4P Motherboard 4GB G.Skill DDR2 6400 RAM 2X 250GB Seagate Barracuda 7200.10 Hard drive(Not in RAID 0 ATM) RAIDMAX 500 Case ANTEC Tru-Power 550Watt PSU ATI Sapphire Radeon 5770 1GB Video Card

Cons: Not really a con if you have some common sense and look at specs before you buy, but the card is large. Next up is the ATI drivers. Drivers, drivers, drivers! As of the latest ATI release ( 11-17-09) drivers are still not up to par for a fully released product. Artifacts in games such as the Witcher make it impossible to play. ( I have a HIS 4850 that plays it perfectly, yet I can not play it with my new Saphire 5770) Lot's of issues with full screen video playback and crashes in windows environment. After reading through the ATI forums, it seems that all of this is common with the 5000 series of cards. It will work great in some apps ( I also play LOTR online and this card kills, but I can't even run the Witcher due to artifacts) Hence, it's a driver issue! Oh yes, this is also at stock volts and speed on the card, not overclocked.

Overall Review: It will be great some day, after ATI does some fixes to their drivers, but for now....not so much. Do a google search for 5770 artifacting or issues to form your own opinion. For me, I'm putting my nice new card back in it's box and popping the 4850 back into my rig. Again, I am not overclocking the card, or processor, so power is not an issue on the 12v rail linked to the card. 5770 at stock and under load draws less power than the 4850. My Rig Asus M4A78-E 790 mobo AMD Phenom 2 920 Quad Core 4 gigs G.Skill pc ddr2 1066 Thermaltake 650 sli/crossfire cert psu HIS 4850 graphics ( cause I can't play all my games with the new 5770) WD 640gb sata hd Samsung 20x cd/dvd+rw sata Raidmax smilodon case Acer 23' lcd monitor

Pros: Dx11, fantastic value, has run quite cool so far, excellent card choice if you are strapped for cash but anticipate wanting to upgrade in a month or so... just grab another 5770 to x-fire and you're golden

Cons: 128bit, not quite as beefy as expected, runs everything on max (though only 1680x1050) without much issue... a few tiny hiccups on maxed Oblivion during rainstorms

Overall Review: Installed it on my first custom build with zero issues. I've heard many people have CCC issues; I did not. Massive upgrade from w/e onboard chip my 6 year old Dell had.

Pros: Performance, easy to overclock with Catalyst (software from ATI)

Cons: In order to have 3 monitors at the same time you need to have one monitor with a Display Port input, a new standard that is rare at the moment.

Pros: Fast. Runs cool. Smaller than the average 3D cards on the market, as of the time I'm writing this review (which means the thing isn't protruding into the 3.5" bays where you hard disk drives and case fans are generally located). I put this into a machine that had an older Socket 939 AMD Opteron 170 processor (overclocked to 3.0ghz), 4gb corsair XMS2 DDR memory, and a RAID 0 HDD setup. The FPS in Crysis, World in Conflict, Fallout 3, Empire: Total War, and all other games I own was in the 30s on benchmarks or very "busy" situations onscreen. (I used a 3rd party utility to get average FPS over 2 hours of play, in games that didn't have a built-in benchmarking utility)

Cons: ATI/Sapphire drivers for this thing are hit and miss. AMD's "unofficial" forums (that are linked directly from the AMD website) are not helpful. The moderator of the driver support forum is a complete jerk. As far as I can tell, ATI/AMD just aren't as good as Nvidia, when it comes to getting working drivers together. When installing the drivers for this thing, I ended up having to "manually" install a lot of stuff, instead of just using the install utilities provided by Sapphire or ATI.

Overall Review: As usual, make sure you have a power supply on your machine that will pump out the juice for a high-end video board.

Pros: Plug and play! Replaced P 820, WinXP and two 9800GTX in SLI with E8400, Win7 and this card. Simply amazing difference. All games run great. Crysis Warhead at 1920 x 1200, all "enthusiast" runs extremely well and is playable with 4xAA enabled. All other games I own completely fluid with 8AA and max available.

Overall Review: Package is no frills. Board, cd, psu cable converter, and crossfire bridge. I did not use packaged drivers (cd), had downloaded latest drivers from saphire website before package arrived. When considering my results, I do have sata raid 0, although I believe more and more each day that makes minor difference. Any new drive should give you same/ better results. Wish I could afford SSD!

Pros: Direct X 11 ready and decent speed for the price. Better looks than the reference cards IMO as I like the heat pipe/ Orb style cooler.

Overall Review: Those worried about the cooling need not worry. At stock speeds I'm getting ~34*c above case temp full load. Great buy if you only upgrade every 2 years or so, like me, otherwise look into a 4770 or 4790 if you upgrade more often for the price since Direct X 11 won't be mainstream for awhile.