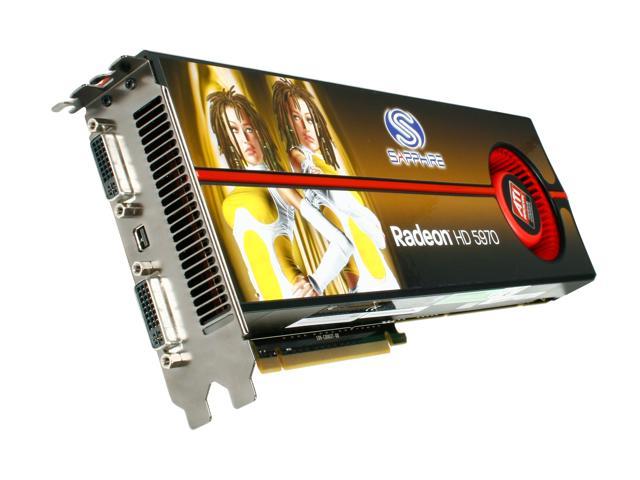 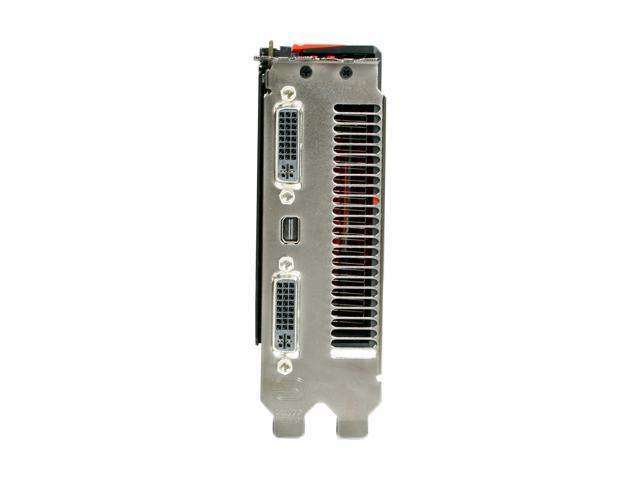 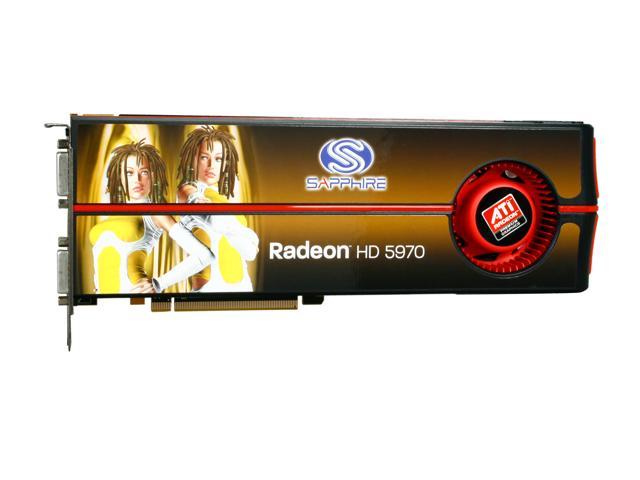 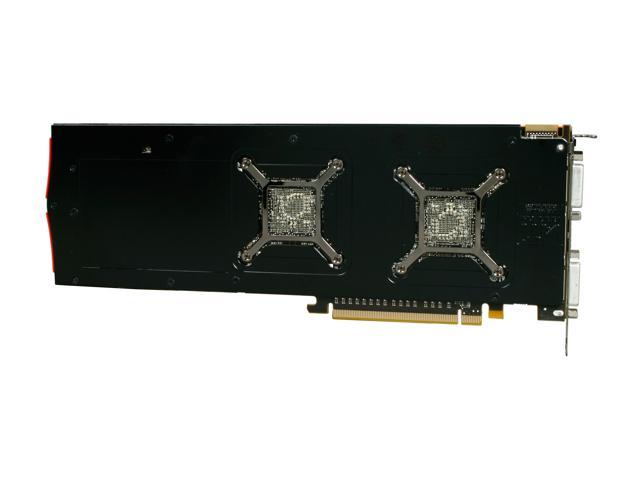 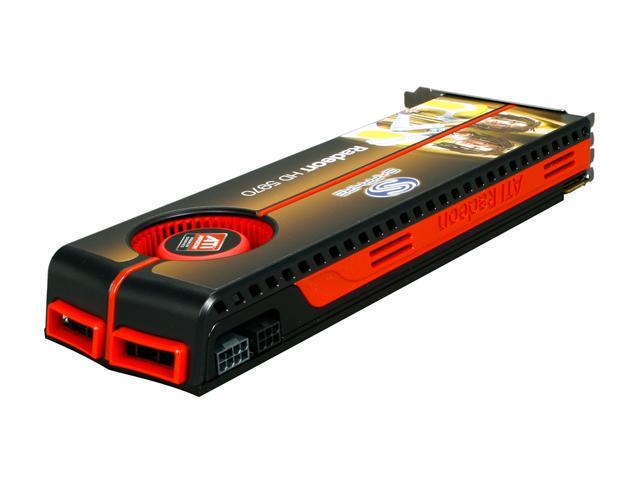 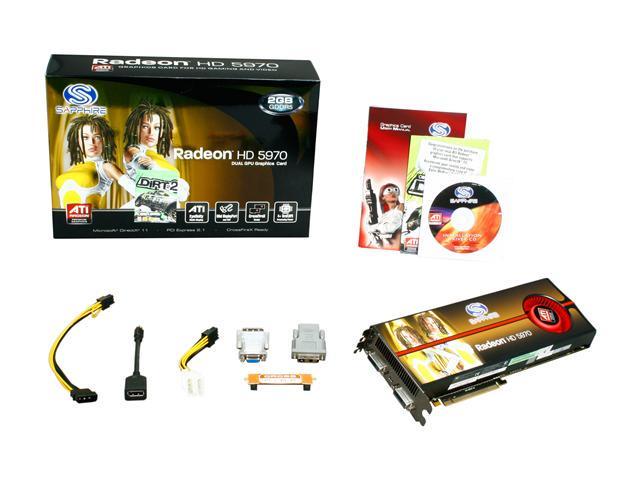 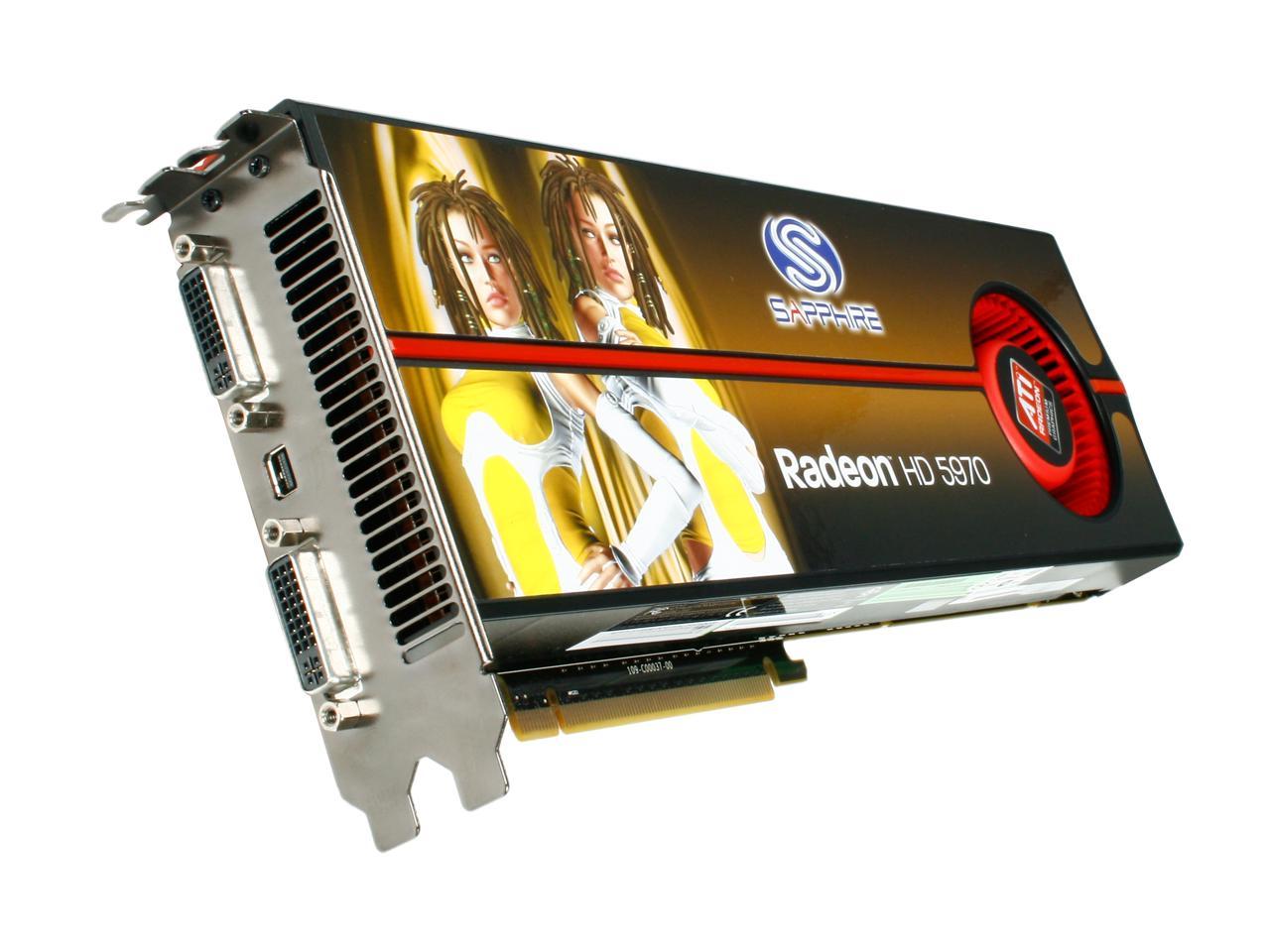 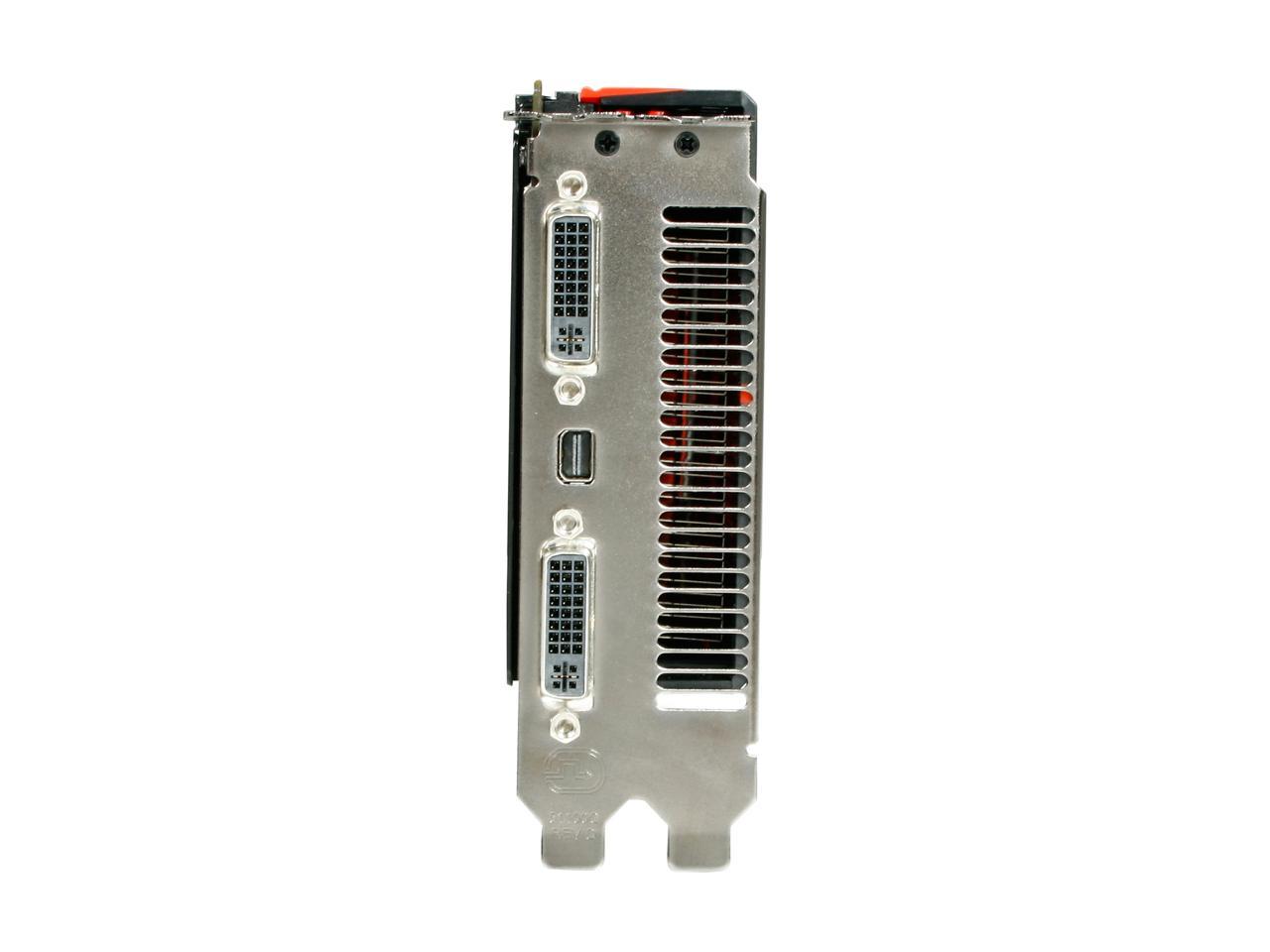 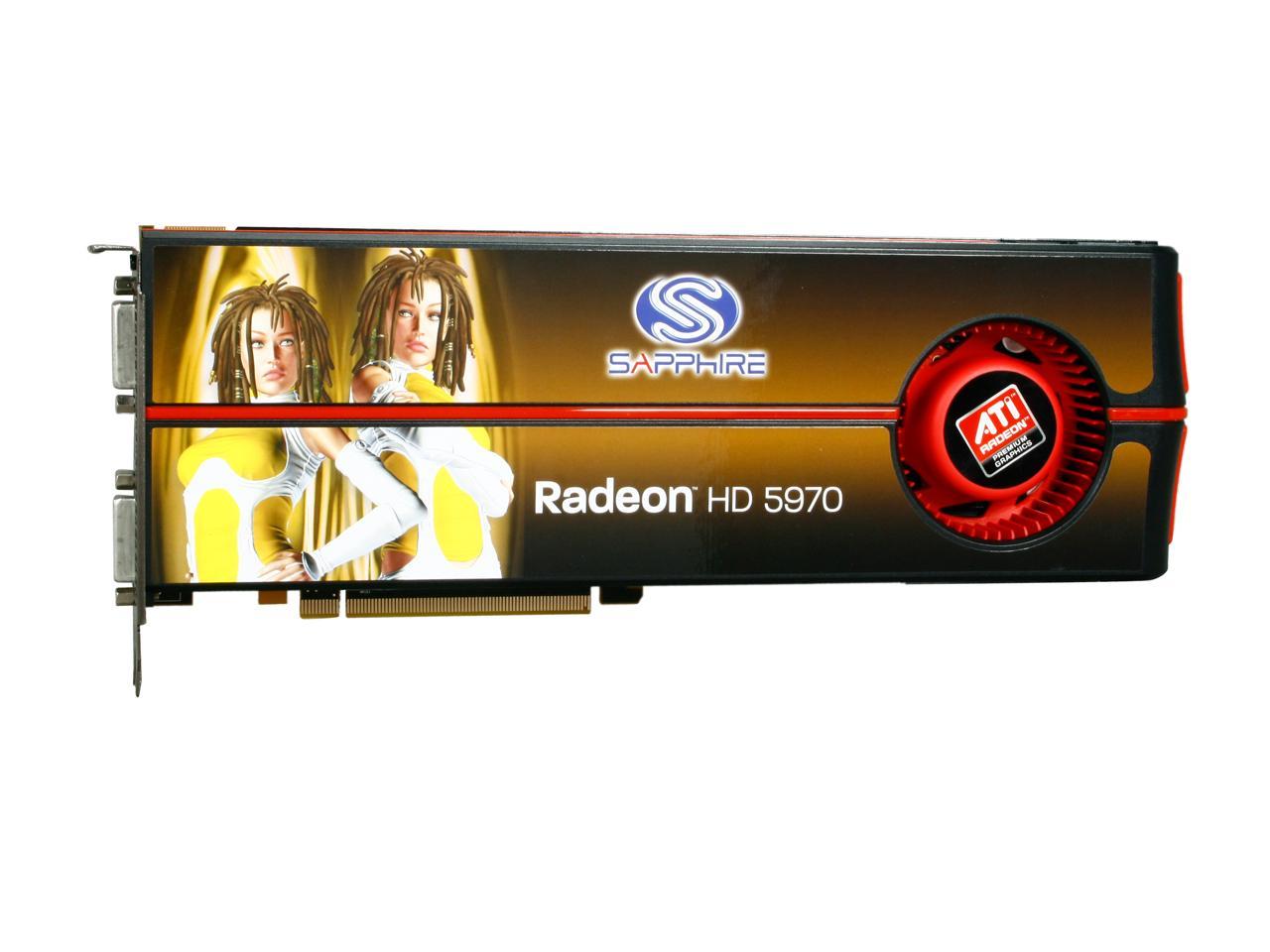 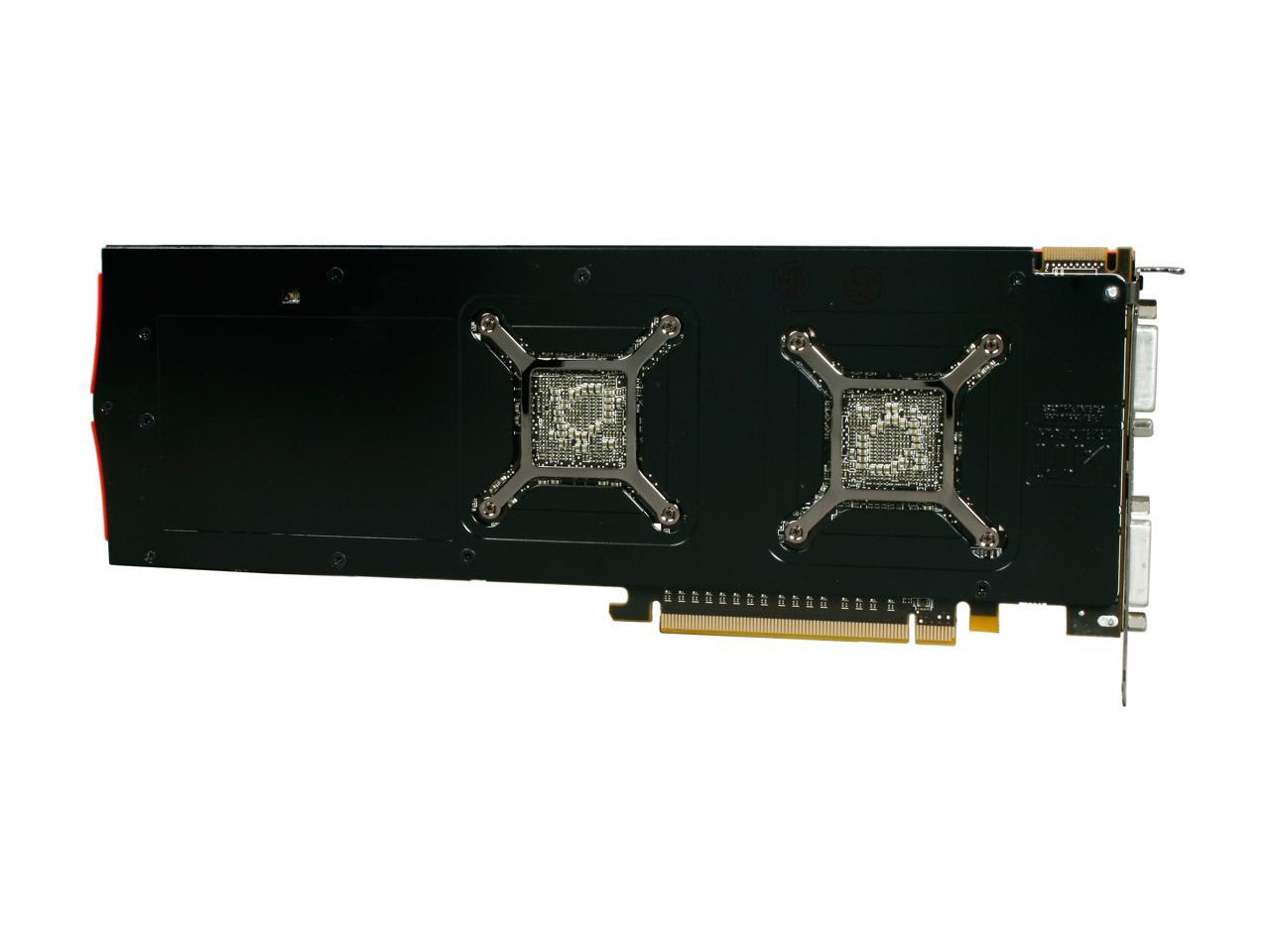 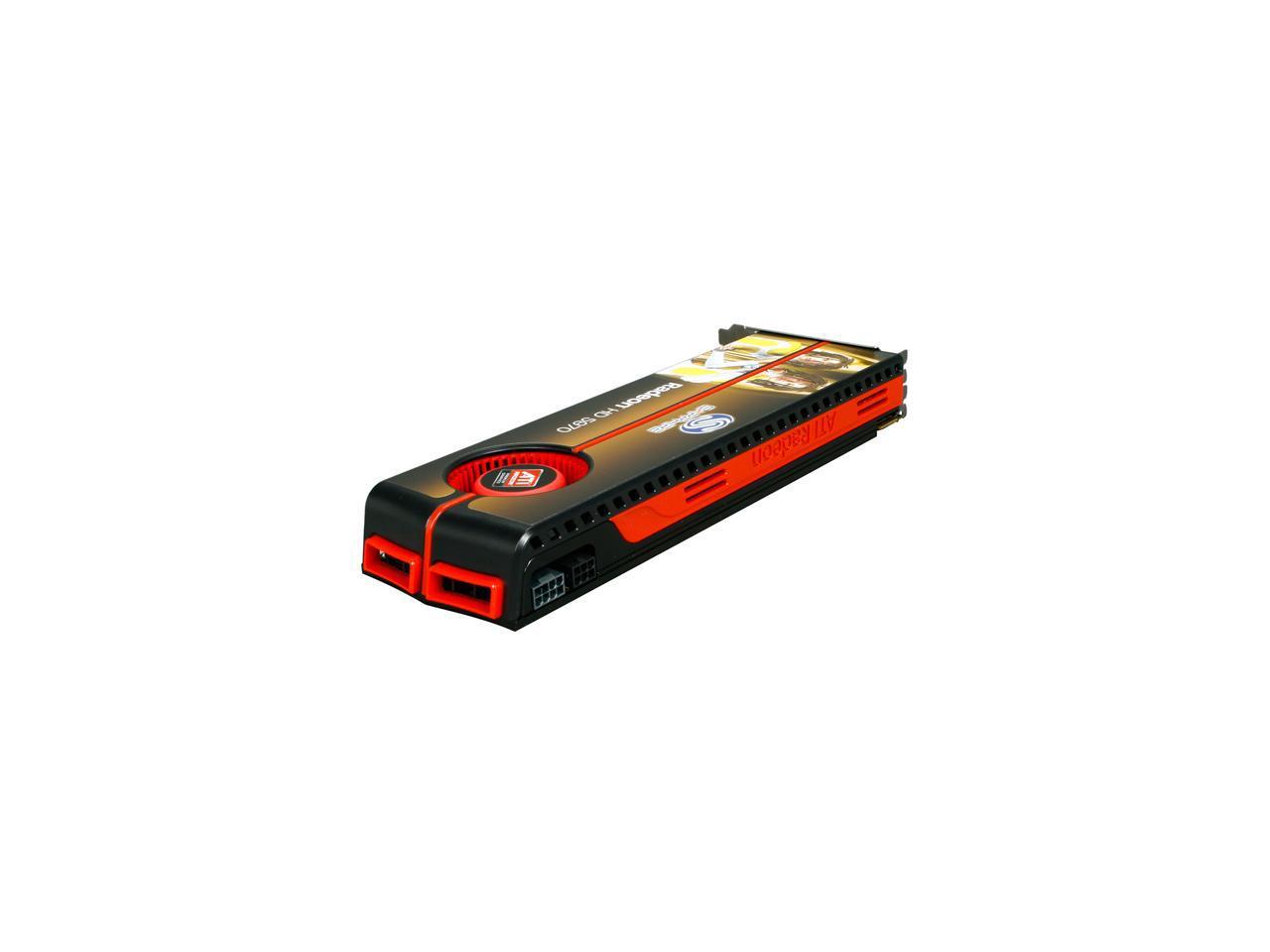 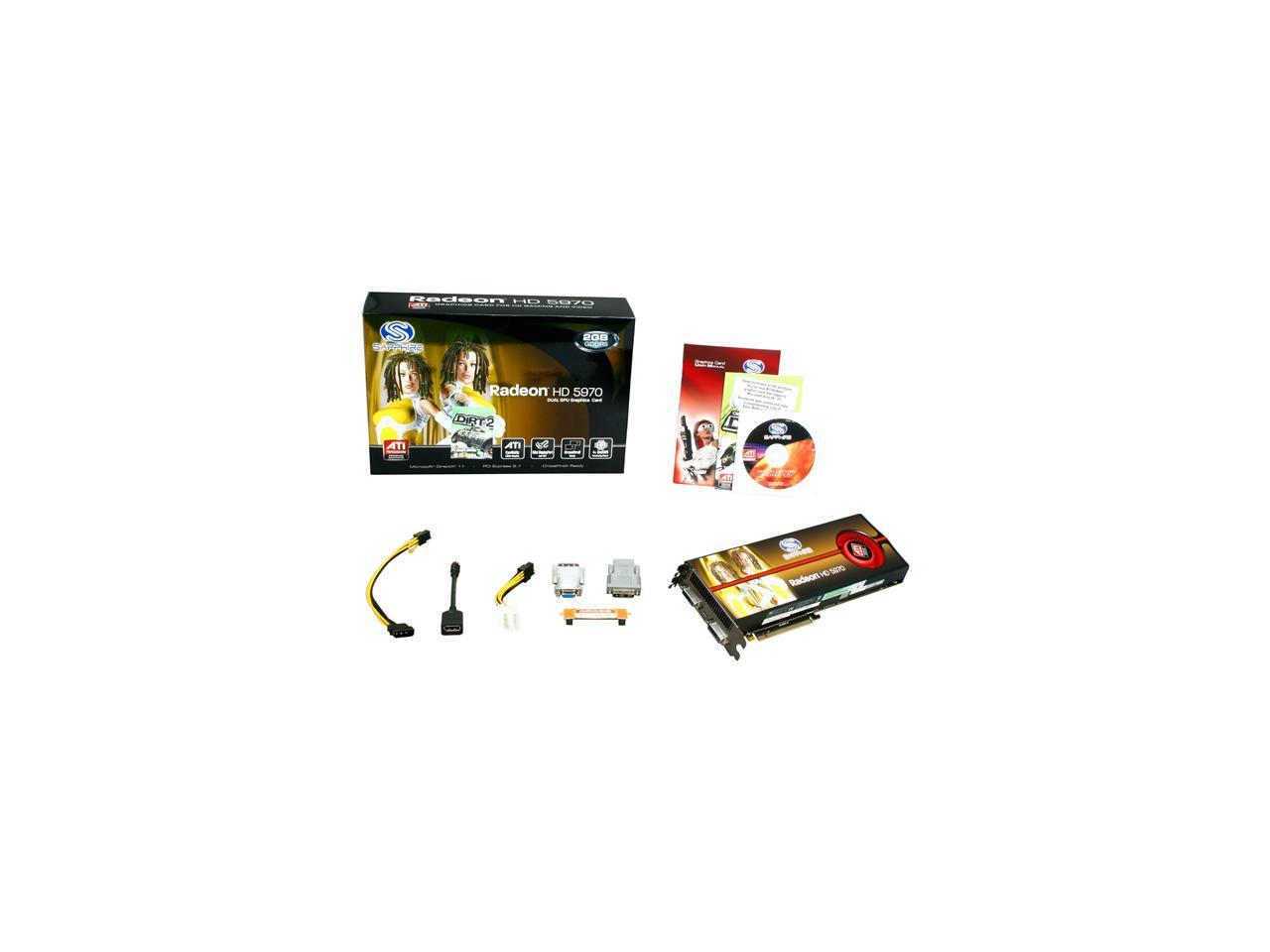 Pros: The Fastest GPU on the market!!! See benchmarks, on Tom’s Hardware Graphic Card Charts. Initially, I was a little worried about purchasing a video card for $700, but I am very happy with the results. I have been building computers for about 15 years and I started out as an ATI Fan. Then 6 years later I became an NVIDIA fan and was looking forward to purchasing the EVGA GeForce GTX 480 (Fermi), but they were to new to the market and they were always out of stock. So, I decided to try the ATI 5970 and it completely out preformed my EVGA 295. I then purchased another ATI 5970 for CrossFire and for the first time I was able to run games with all the settings maxed out. I have not had the chance to test it on video rendering yet but I expect it to do great because video rendering is graphic intensive like gaming. This is a great card!!! If you have the money you won’t be disappointed.

Cons: Price. I love this card, but I think if they would lowered the price they would make more money in volume. Also, the CrossFire Bridge that was included with the card was too short and I had to use a CrossFire Bridge from another ATI card which did work. When I called ATI they did not have a solution to send me a longer CrossFire Bridge and advised me to look for a reseller. After seaching the Web I could not find a longer Bridge that would be compatible with the 5970 and most of them were used. Like I said, the Bridge from the 5750 did work, but I feel that I should not have needed to use it. I was willing to pay for a longer Bridge but again, ATI told me they could not provid me with one. Maybe it was just the person that I was talking too (?)

Overall Review: I did have a little trouble, at first, with the graphic intense applications. They worked great with a single 5970, but in CrossFire they would crash. The problem was not the 5970’s, it was my EVGA X58 motherboard. I Preformed a BIOS update on my EVGA X58 motherboard and that resolved the problem. As I said above, these Cards are the Fastest Quad GPU setup on the market and they are working great in my CrossFire setup. As with all video cards, ATI or NVIDIA, download that latest drivers prior to receiving the video cards to avoid any problems and do your research regarding your Motherboard, Memory, and CPU.

Pros: To the guy below me. The driver not responding is because the 2d clocks are set too low(stock) just set them higher to GPU: 400 and Memory: 900. There is a helpful tutorial on how to fix this problem. It's not a big deal whatsoever. If you set your 2d clocks to that you shouldnt get that error. However your other problems I havent heard of before. But I would suggest trying what I just said before RMA'ing. I would type out where to set those at but unfortunately I dont have enough room. It's in your profiles. You have to create one in the ATI Catalyst Center then edit it so the values are 400 for the gpu and 900 for the memory clocks.

Pros: Very fast, plays every game I want it to and then some. Looks like a monster.

Cons: Its hot, loud, and doesn't make me coffee in the morning.

Overall Review: I had recently wrote a review about this card and how it was basically a piece of junk. Turns out it probably wasn't the first 5970 I bought that was defective, it was my motherboard. The PCIe slot(s) were shot. So if there is a way to remove my previous review, I will do so. And my apologies to Sapphire. On another note, don't be afraid to invest in some kind of cooling system for this bad boy. I'm personally getting an Arctic Cooling Accelero Xtreme 5970 VGA Cooler.

Cons: very loud, sounds like a jet engine when fan turned up 100% get the acclero xtreme 5970 cooler for this, you can crank the fans to 100% and the noise is less than the stock one on low.

Pros: Great card for gaming, and once the drivers work, I'm sure that gains are in order. Smart, and power efficient. It may break your bank, but it wont break your PSU...Newegg's service is the absolute best, and the most secure I've ever dealt with. I purchase from Newegg with confidence.

Cons: Size, price, and the fact that Sapphire has locked the cores to 1000mhz max, which isnt a problem if you dont benchmark or play THE most demanding games(DX11/Metro 2033/etc). Sapphire if your listening, please unlock the cores so that they can go higher than 1000mhz max. I'm not sure why there is a cap imposed on such a high-priced card, but it's there in the bios, and Sapphire put it there without informing anyone prior to buying. That being said, I am considering asking for a replacement card of another flavor.

Overall Review: A solid card, and a viable contender once the drivers improve. I cant believe the price of this card when Sapphire has gimped the core speeds. If your like me, and you liquid cool your videocards, then perhaps you should try another flavor, so that you can get the extent of what you pay alot of money for....Premium features.

Pros: Fastest single card out there. Contains 2 GPU's on the same card design. Easy install if you have the room to fit it. No issues with several driver versions thus far. I've gone from 10.3 - 10.10 with this card and it's never had trouble. Lots of aftermarket support even with its high price tag. Aftermarket air coolers are cheap, and there are several water blocks to use with the 5970 if you want to take the watercooling route. Benchmarks are fun to watch. 3DMark Vantage score of about 30,600... bring on 3DMark 11! I can FINALLY play Crysis maxed out at my native 2560x1600 resolution. @ Very High I'm averaging 52fps. Lowest I ever see framerates drop to is 34fps and when inside buildings or in the heavily forested areas I can maintain a steady 60fps. I play with VSYNC enabled so I'm not sure about max framerate. Bring on Crysis 2!!

Cons: No native HDMI port. Seriously.. why not!? I have to run audio through an optical audio cable from my sound card to get videos to play audio through my receiver. HDMI would have been way nicer. Some games benefit from Quadfire well and others seem to not work at all with it. Bad Company 2 performance is still bad and the game crashes randomly. I was really looking forward to better Gothic 4 performance with another 5970 but sadly I saw no change whatsoever in this game. Extremely loud stock HSF (Heat Sync & Fan). This thing bugged me so bad I spent $80 twice for two aftermarket coolers to replace the stock fan setup.

Cons: No documentation on Eyefinity. You MUST have an "active" display cable for the mini display port to work. And this costs about $118 and can only be found on Amuhhhzon. Also, Dirt2 at Max resolution only shows 6 FPS at stock cooling & speed. How can this be?

Overall Review: I waited for 6 months to buy this card... simply because I couldn't find one available. Finally got one in April 2010 from Newegg (Paid $799).

Pros: A very capable card for gaming and benching, and very energy efficient. Definitely brought ATi back on my list of great brands. It overclocks to a max of 1000mhz core, and is locked via bios to NOT go any higher. I can understand the reasoning, as 1000mhz is plenty high enough on air, but I'm on water...

Cons: Size, but I still have no problems with that. Price is a huge factor with Fermi being cheaper and able to handle tessellation better, albeit at the cost of higher power consumption and heat. The core is locked to a MAX of 1000mhz, so dont expect to post numbers equivalent to the Asus model. Also, having to flash your bios to a different brand to get the full functionality that you paid premium dollar for, is unacceptable.

Overall Review: Now that I've had it longer, I have found that the grey screen hasn't hit me once, though I have had hangs and crashes a few times, which could very well be driver related. Having gamed and benchmarked with this card I can say that I like it ALOT. It's a great card with excellent and intelligent power efficiency, good for any use. If I could change one thing, I would definitely went with another brand that has an unlocked core via the bios, so that I could achieve the clocks I am seeing others push with other brands on liquid cooling.