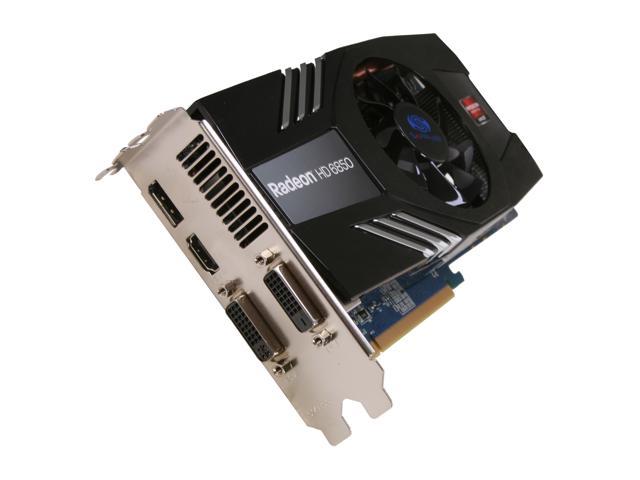 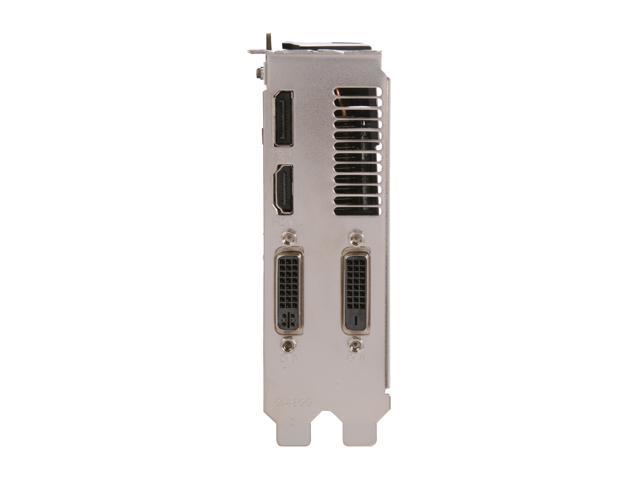 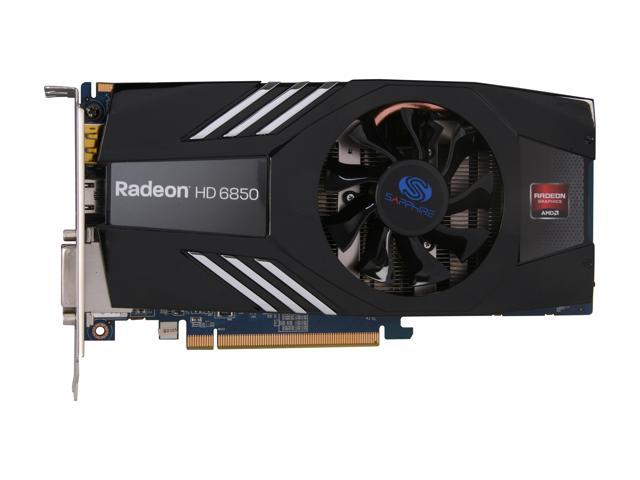 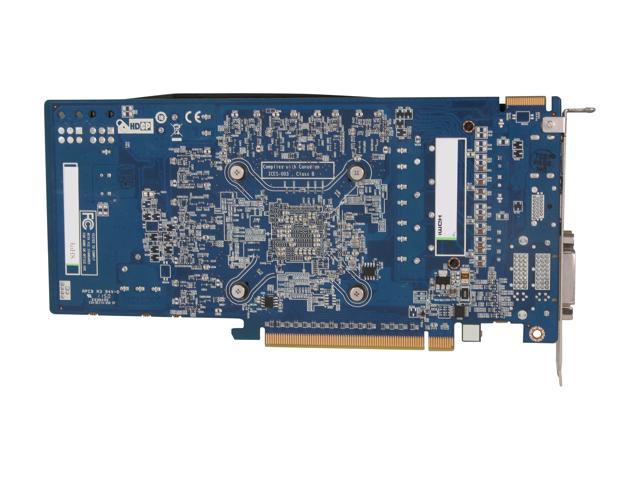 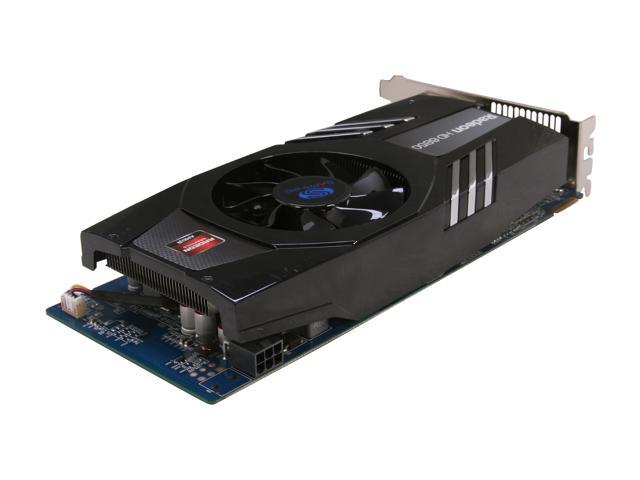 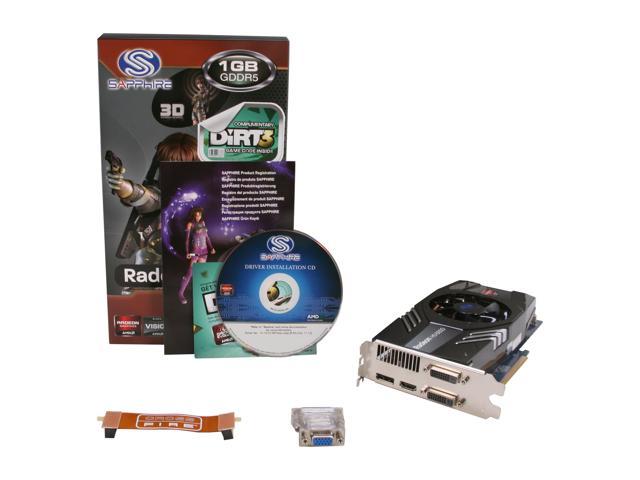 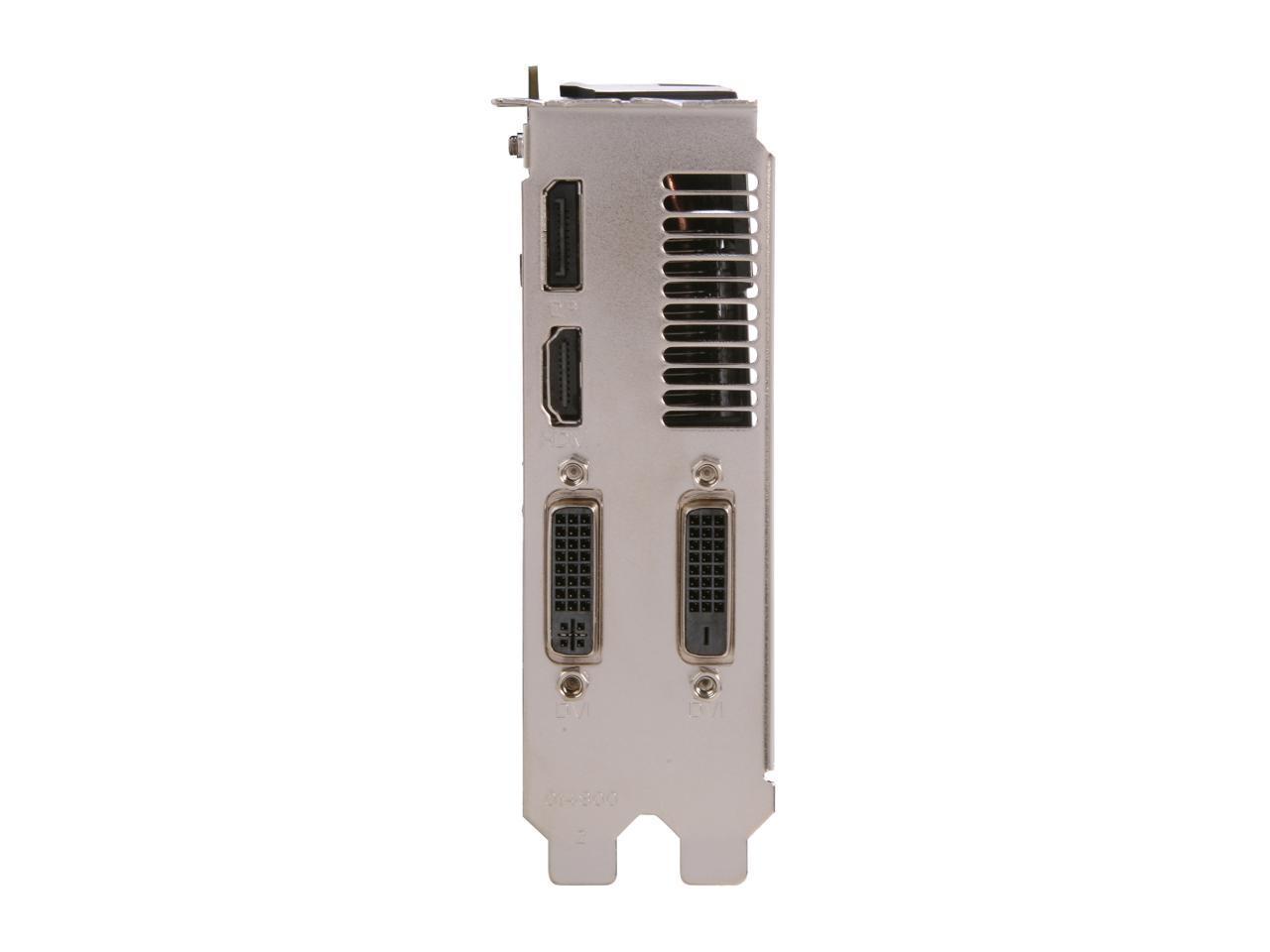 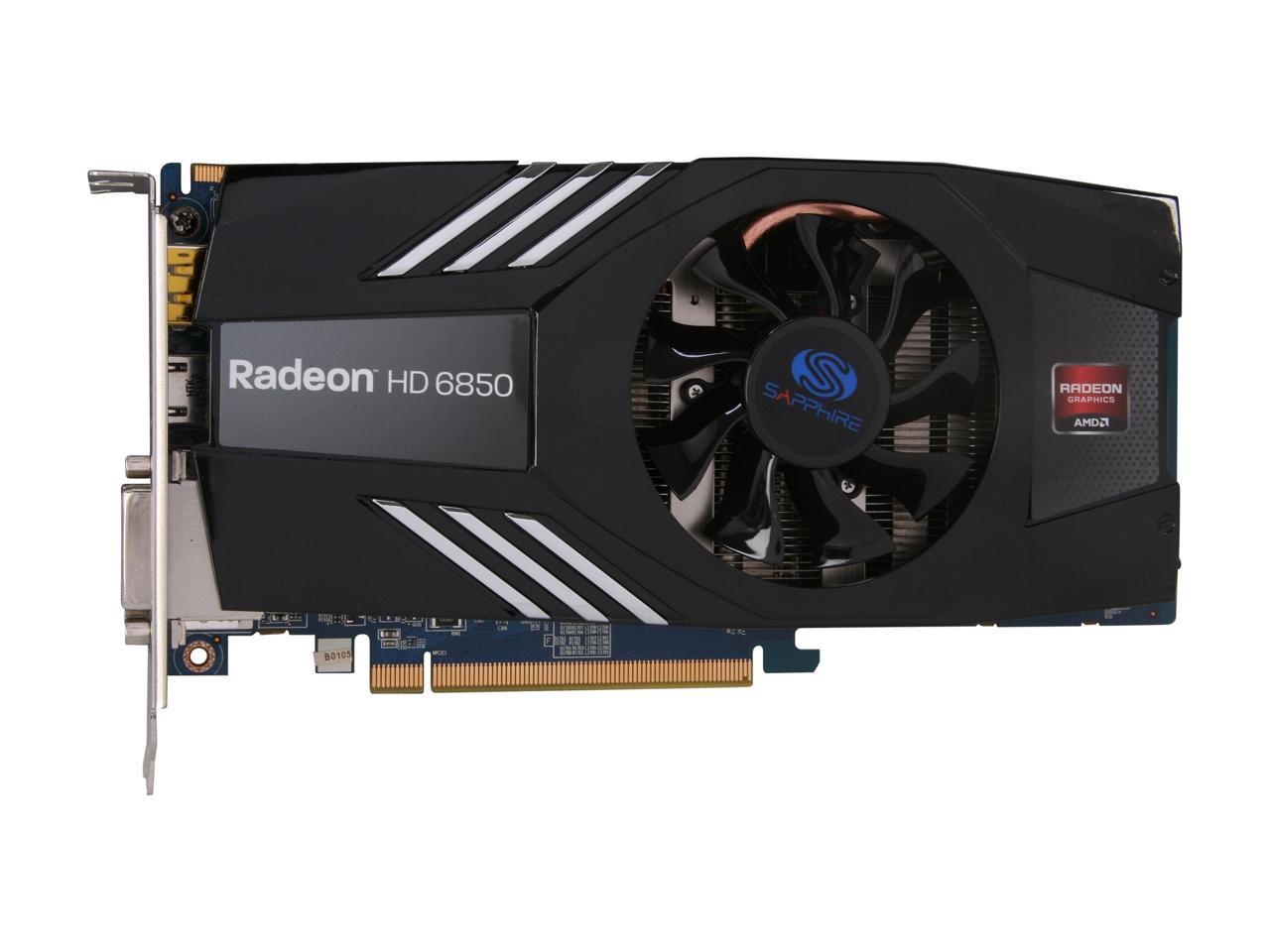 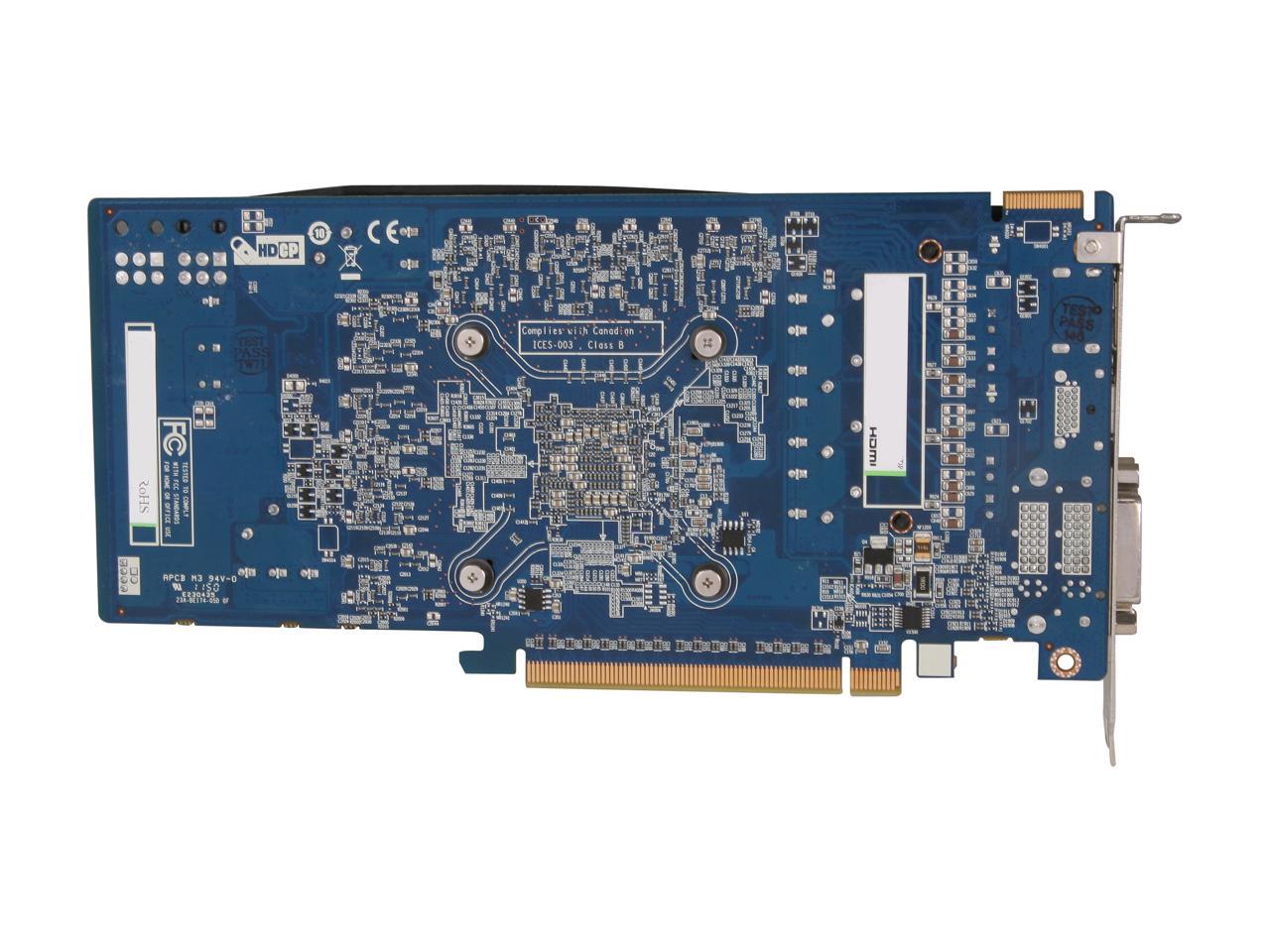 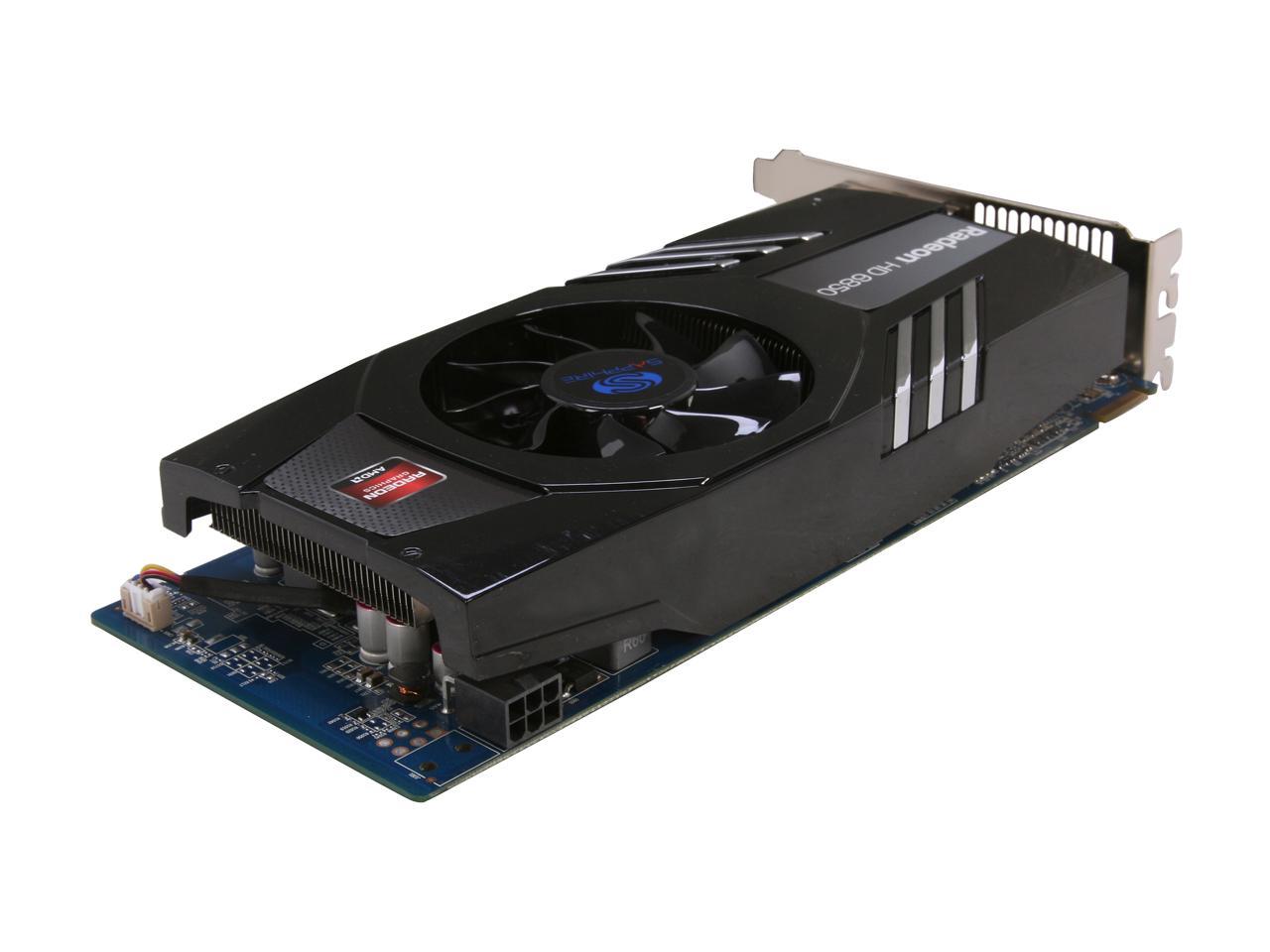 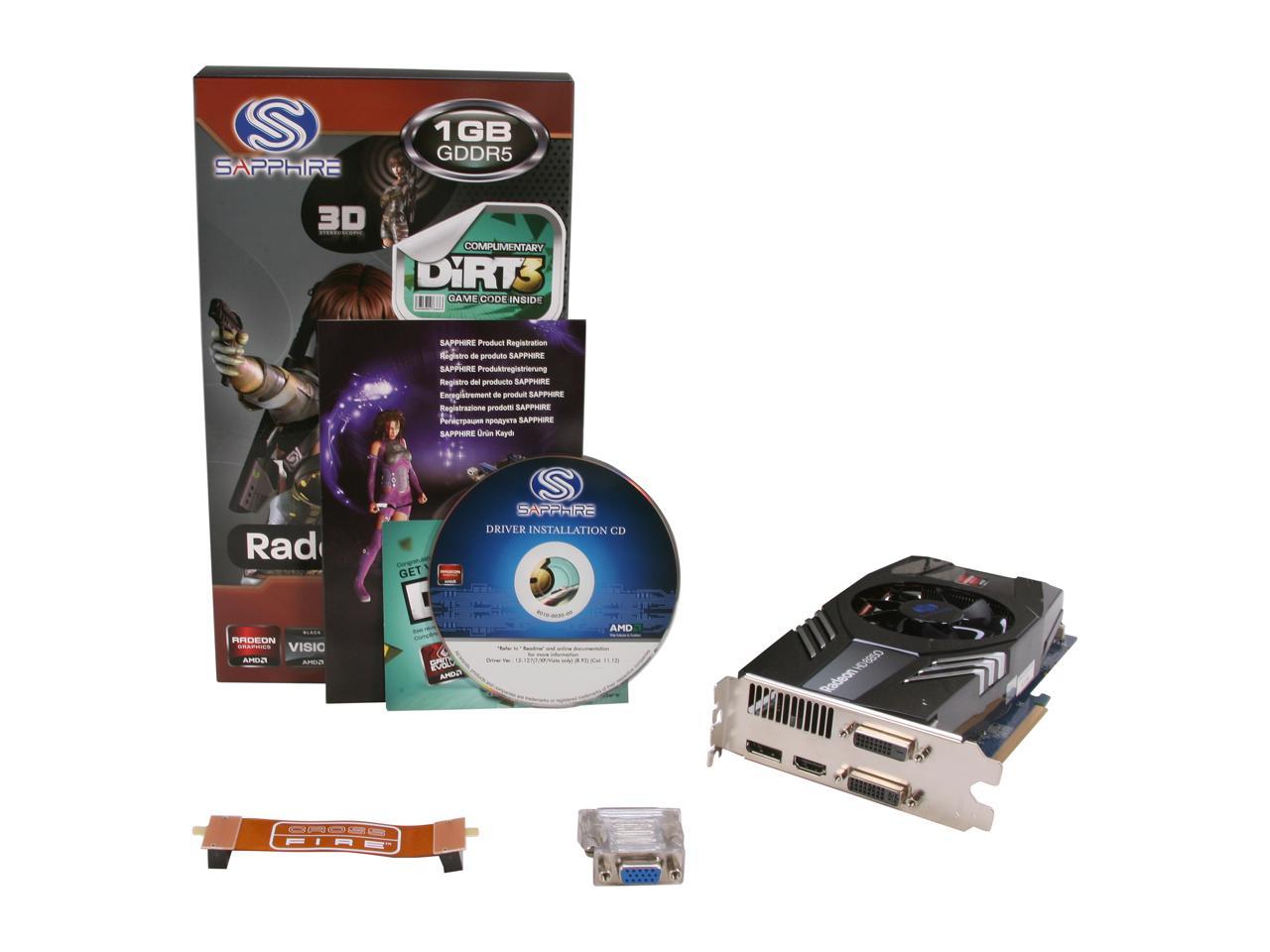 Pros: Sapphire Brand Price Quality This card was purchased for a customers mid-range gaming and general use build, that had to fit within a very specific price range, and it fills that role perfectly. It's still running flawlessly after a year of continued heavy/daily use. It can easily handle most any games you throw at it. (See Other Thoughts)

Overall Review: This card is being used in the following build: AMD Phenom II 555 OC @ 3.8GHz (CM Hyper 212 Plus) Biostar A770E3 AM3 Motherboard A-Data 4GB DDR3 1600 XPG Gaming Series RAM This Sapphire AMD Radeon HD 6850 Corsair Builder Series CX600 CM Storm Scout SGC-2000-KKN1-GP Case HP 2009M 1600x900 LCD Display To play the following games at the time of this review: (graphic settings) @ 1600x900 Battlefield 3 (medium/high custom settings), Borderlands 2 (max), Combat Arms (max), Fallout 3 (max), Counter Strike GO (max), Torchlight 2 (max), CoD Black Ops (max), CoD MW3 (max), Gotham City Imposters (max), Deus Ex HR (max), and many other games. This card does amazingly well for it's price point, coupled with the hardware environment it is in, and the customer is very happy with its performance over the past year. You're not going to max out every game, but you can get pretty close, and you can still play even the most demanding games on very respectable settings.

Pros: Maxes WoW easily. Quite a lot of performance for a good price.

Pros: Awesome graphics card for a decent price! I upgraded from a 4250 and the difference is night and day. This thing runs like a champ and can hold its own. I've been playing COD4 maxed out, and Crysis 2 maxed out on 720p. Also an excellent choice for a multiple monitor setup. I'm running dual 23" acer LED monitors.

Pros: This card is an excellent value for the money and will leave you with lots of flexibility for future upgrades. It seems like a vast improvement over the previous generations of AMD graphics cards, and I would definitely recommend to someone considering the cheaper 5770 cards. I think this card is at an excellent price point for the value, despite being a brand new product.

Cons: The whole displayport issue is a bit of a pain, especially for those who are trying to use three monitors with this card. I'm using an active displayport to vga adapter, which is considerably cheaper than the displayport to dvi active adapters. However, I'm not sure this is ideal because I'm experiencing some problems with that particular monitor. Of course, I don't think any cards have three DVI slots that work concurrently.

Overall Review: Other reviewers have covered a lot of the pros and cons about this card. It's really an excellent deal, but I wanted to focus on the Eyefinity experience in particular. With just one 6850, I'm running Starcraft 2 and WoW at the highest settings with a 4800x1200 resolution (three Dell 2007fp in portrait). That's pretty amazing for the cost. Yes, Starcraft 2 works with Eyefinity (at this resolution, fullscreen mode--others may not work). WoW is really a completely different experience with Eyefinity. I debated for a few weeks whether to go for a cheaper 5770 that I could crossfire if necessary, but I'm really glad I went for the new 6850. The prices are comparable, especially when comparing the cost/power ratio. This card will also give you much more flexibility with upgrading. If you want to crossfire, this card will scale much better than the 5000 series, and will require less power and create less heat while doing so.

Pros: This card has very good performance by far. For the price this card can play Crysis 2 a Max setting; hitting average frame-rate of 60. Borderlands had no issue at high settings either. This card does output a good amount for using only on 6-pin PCI-e connector. Windows gives it a 6.8 WEI in both the Desktop and Gaming section. Now, using a good cooling method in my PC, this will average 35C on idle. However, when playing Crysis 2 for a few hours it will reach 58C, which is not bad for a graphics card. So, ----> it doesn't use much power it has a great output for the amout of Watts it consumes Stays relatively cool ( Just don't have it to close to another card, and try to not have it really close to your CPU if you have a standard heatsink with fan, as the fan blows air toward the cpu and will escape via one of the 4 ways to the GPU, heating it up during gameplay.)

Cons: I had to type something here... so.... It doesn't burn a hole in your desk. Don't get this if you were hoping for it to burn your computer and eat 600W per hour.

Overall Review: For those looking for direct info on this card, this is what I have for it: The default clock for this is 775 MHz, and can easily be increased to 800MHz with no voltage modification. This has 32 ROP's Pixel Fillrate: 24.8 GPixel/s 960 Shaders DirectX 11.0 with shader 5.0

Overall Review: Get this over 6870 and GTX 460. I spent a long time looking at benchmarks and it is better performing than the 460 and much cheaper than the 6870

Pros: Fast card. Paired with my Core i7 and 8GB DDR 1600 ram, I hit 20,000 in 3DMark06 in XP64 Overclocks surprisingly well. I have it currently set at 840Mhz GPU and 1140Mhz memory at stock voltage. Very quite as well. I can't hear it over my case fans unless I manually push the card fan speed over 70%. While playing games, the fan never needs to go that fast. So even under load, the card stays quiet.

Cons: I got it for $162 (was $180 but got a 10% discount) right after it came out but price shot up to $210. To be honest, I love this card but I don't think I would pay $210 for it. I'm sure it won't stay at that price for long though. It runs a little hotter than I expected. ~55C at idle but that doesn't appear to affect it though. It's a double slot card but all the HD 6000s are at this point. Still, I can't crossfire 2 of them because one of the fan intakes would get completely blocked by the other card. Drivers for this card are still very new. I'm using the drivers that came with the card which is something I haven't done in years.

Overall Review: It's a powerful midrange card. I would just recommend waiting until the price goes back down a bit and for AMD to get moving on more solid driver support. Also if you want crossfire a few of these, just keep in mind the spacing of the PCI Express slots of the mother board you are using.

Pros: This card is pretty much unbeatable at its price, and the value is sweetened even more with the software Sapphire offers (if you sign up and register your product) for overclocking. The card installed perfectly, no hiccups, and is handling my games (Skyrim, BF3, Dead Space 2, Dragon Age) very well at a smooth frame rate of around 55-60 (my monitor is only 60hz, anyway) with a mix of high-ultra settings, on a 1600x900 resolution. My case isn't the best ventilated, but I still haven't seen the card reach over 50 C after multiple hours of gaming at 50% fan speed.

Cons: It is a little bulky, and I had to work with my MOBO a bit to get it to line up properly, but it booted right up with no complications.

Overall Review: I've heard a few bad things about the mail in rebate, but as I'm only about to mail it in today, I can't truly comment on it just yet. Overall, I think that this will turn out to be a great card for a good price, and I may buy another in the near future for a Crossfire configuration.