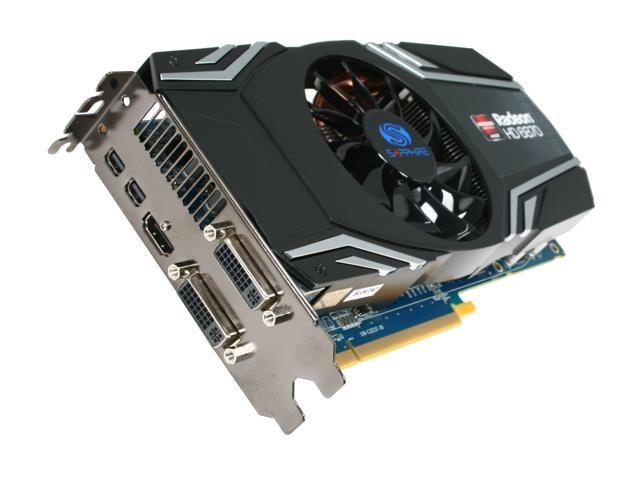 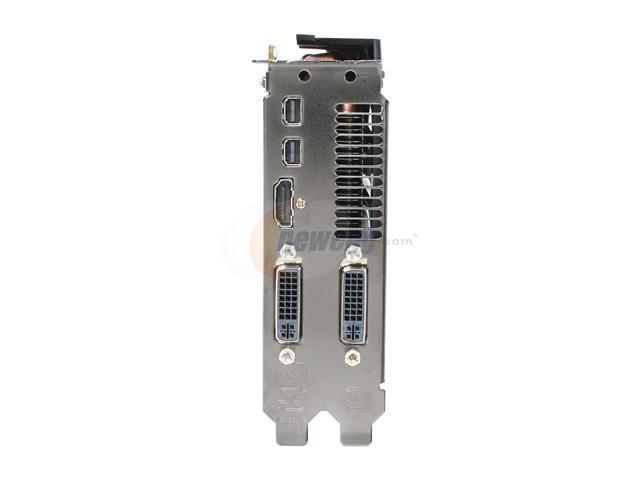 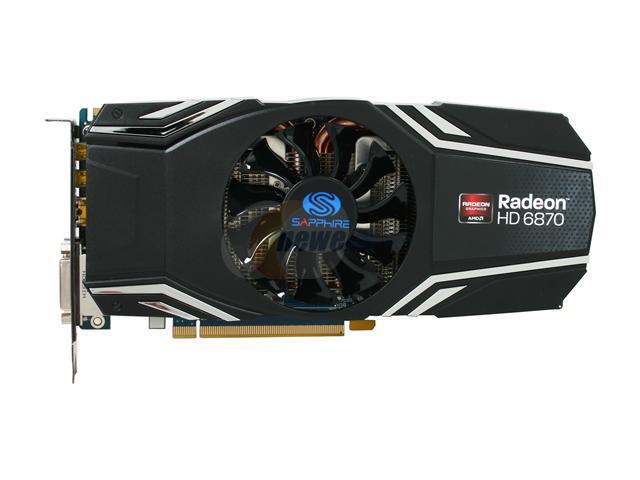 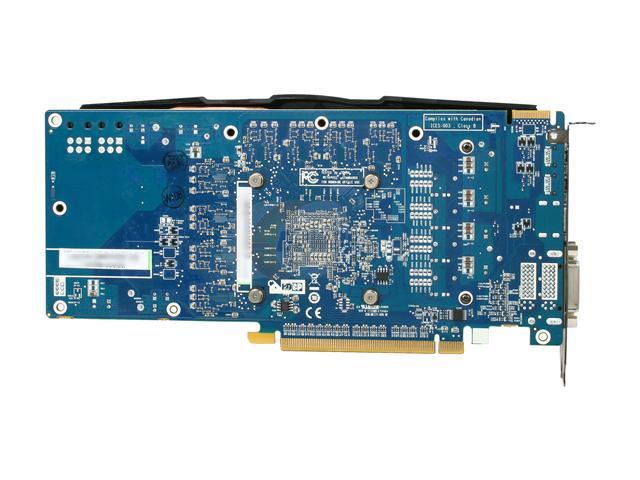 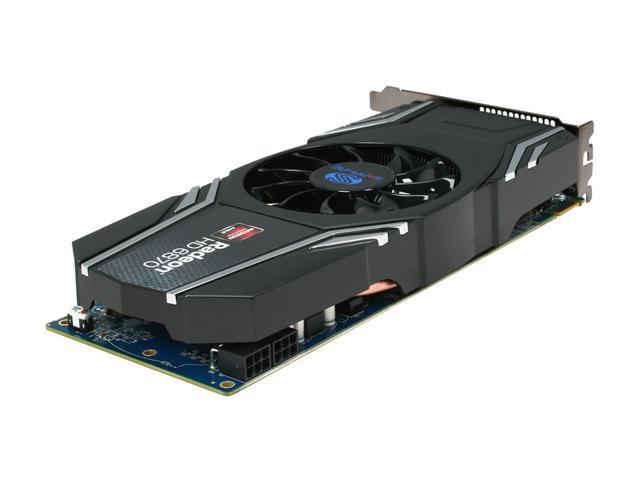 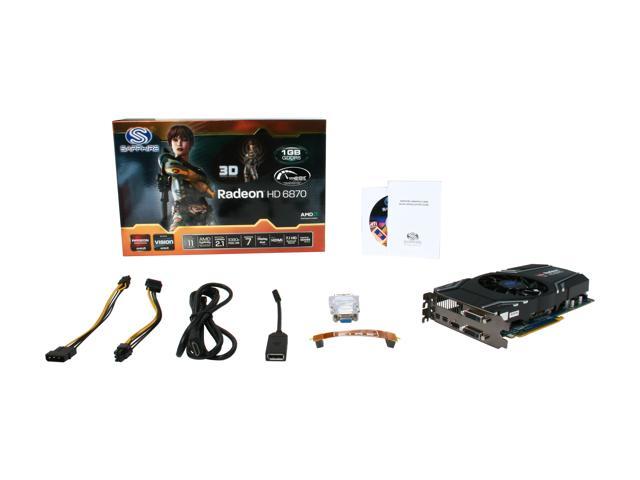 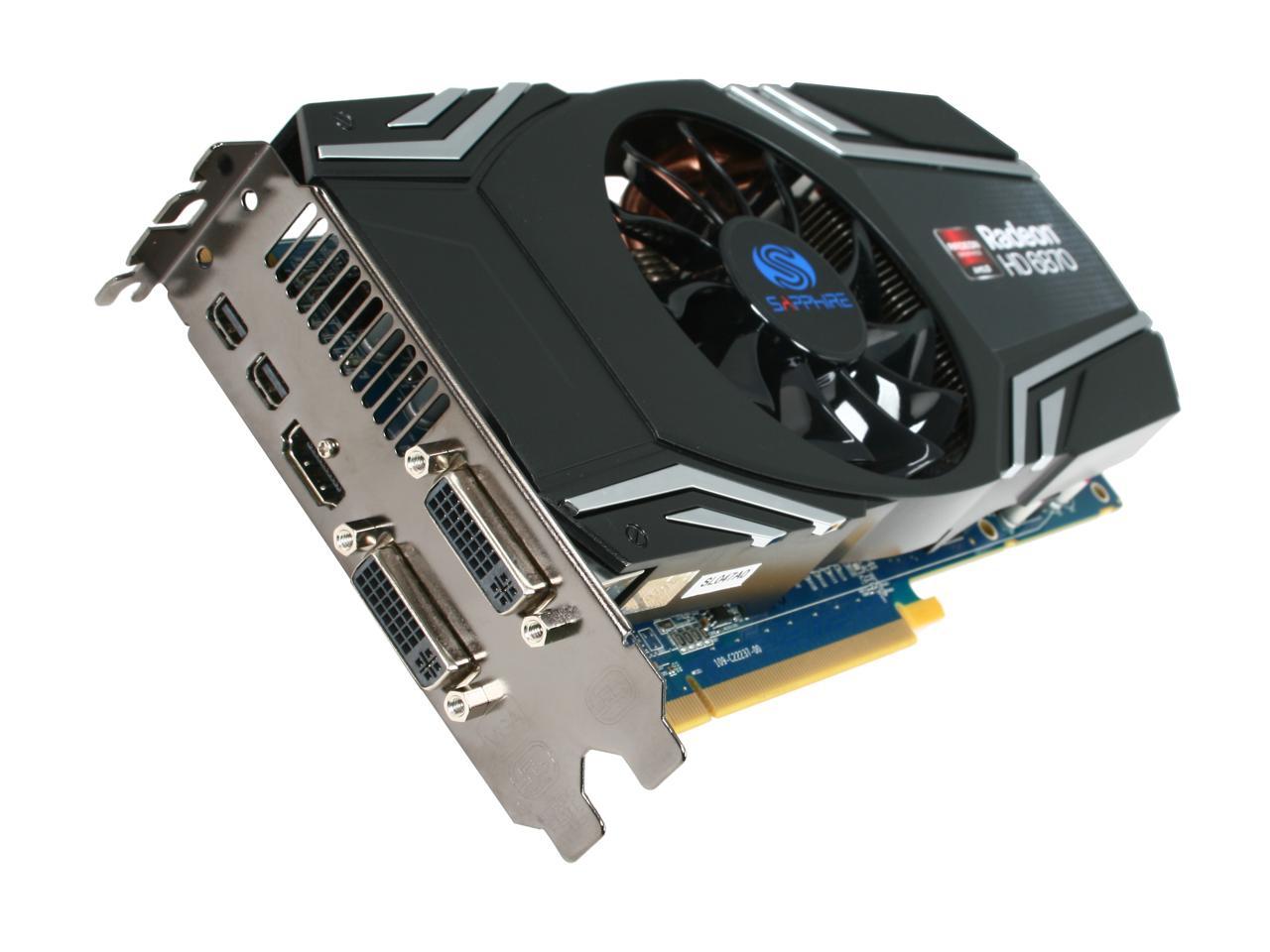 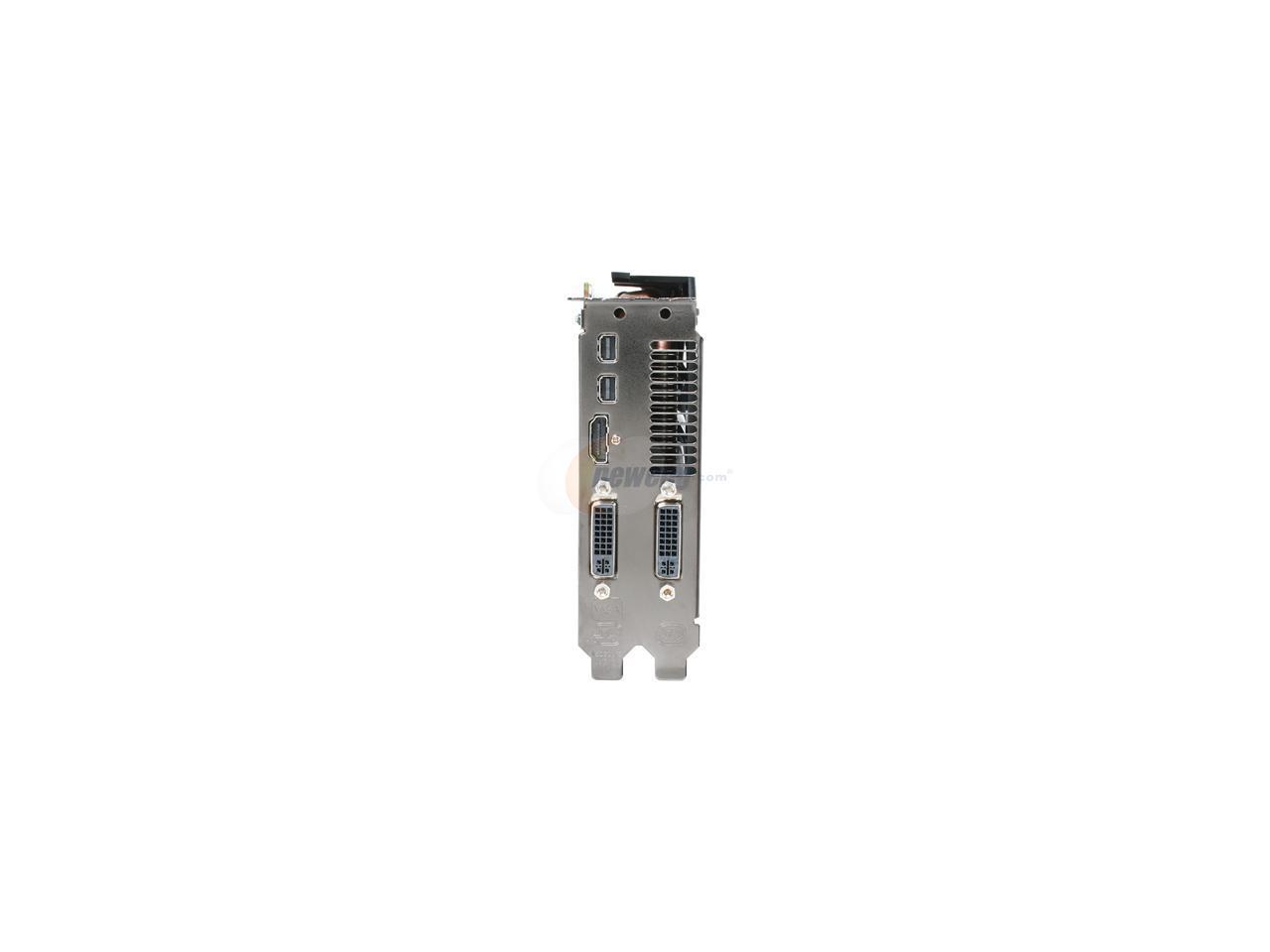 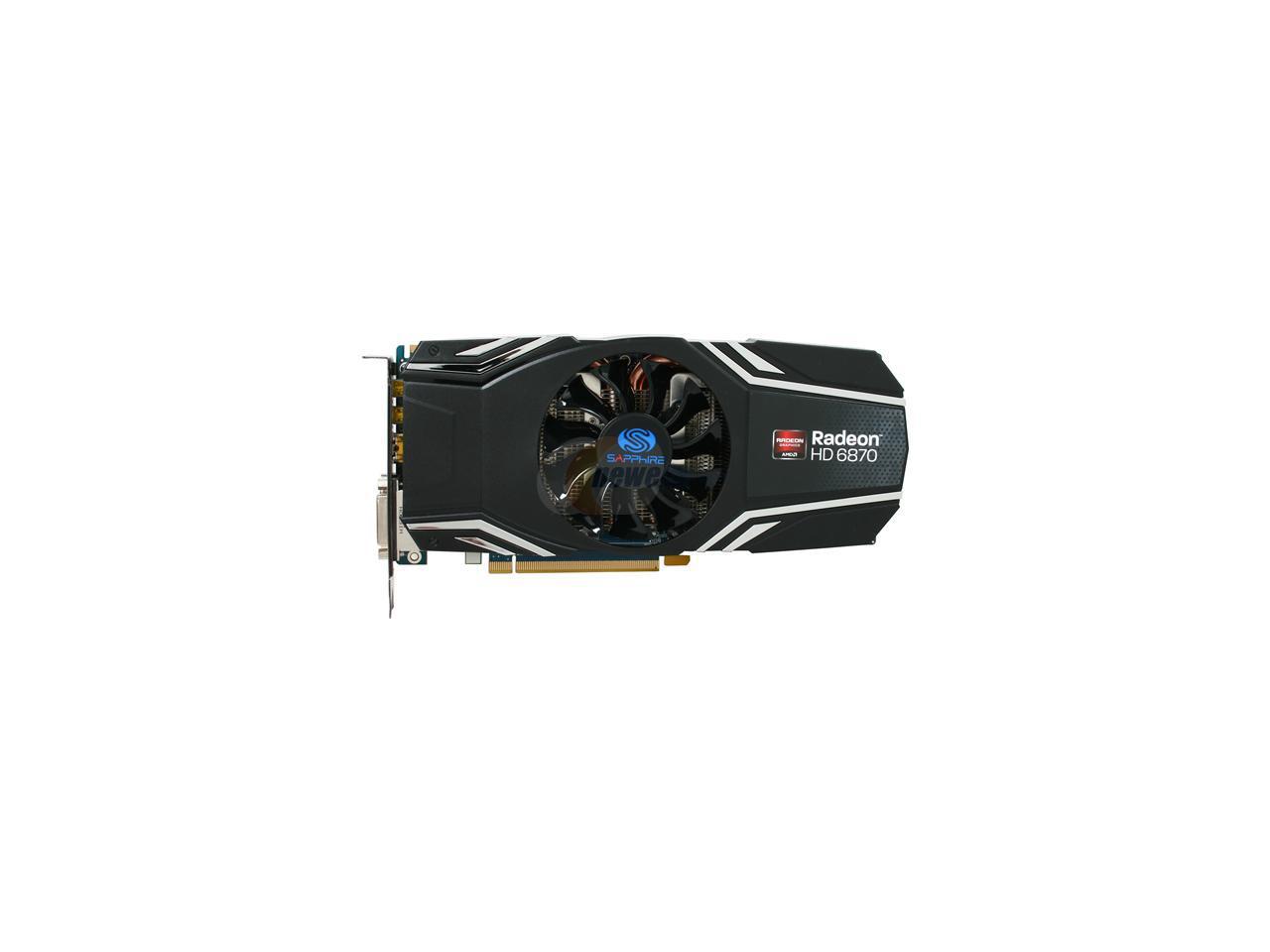 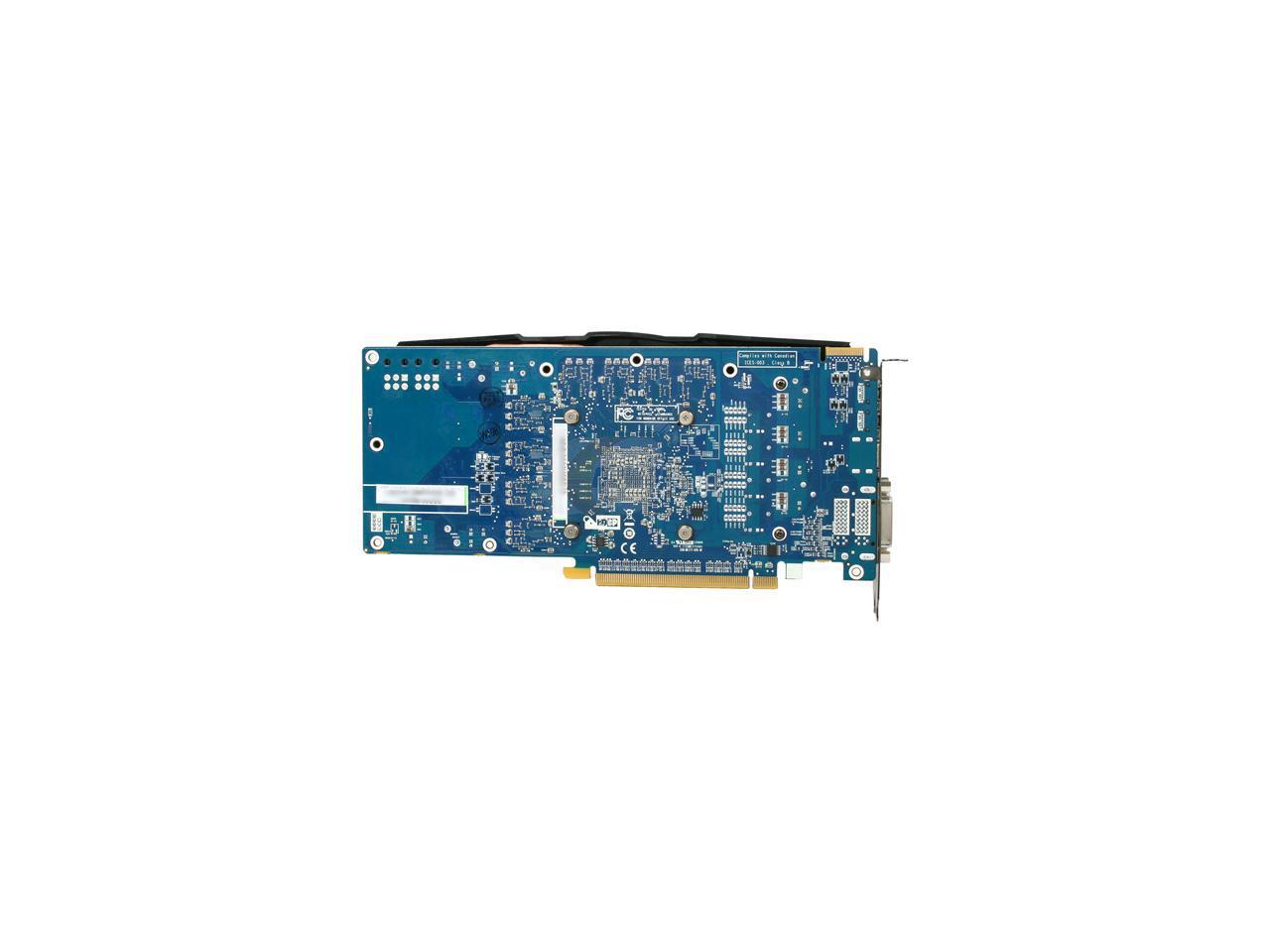 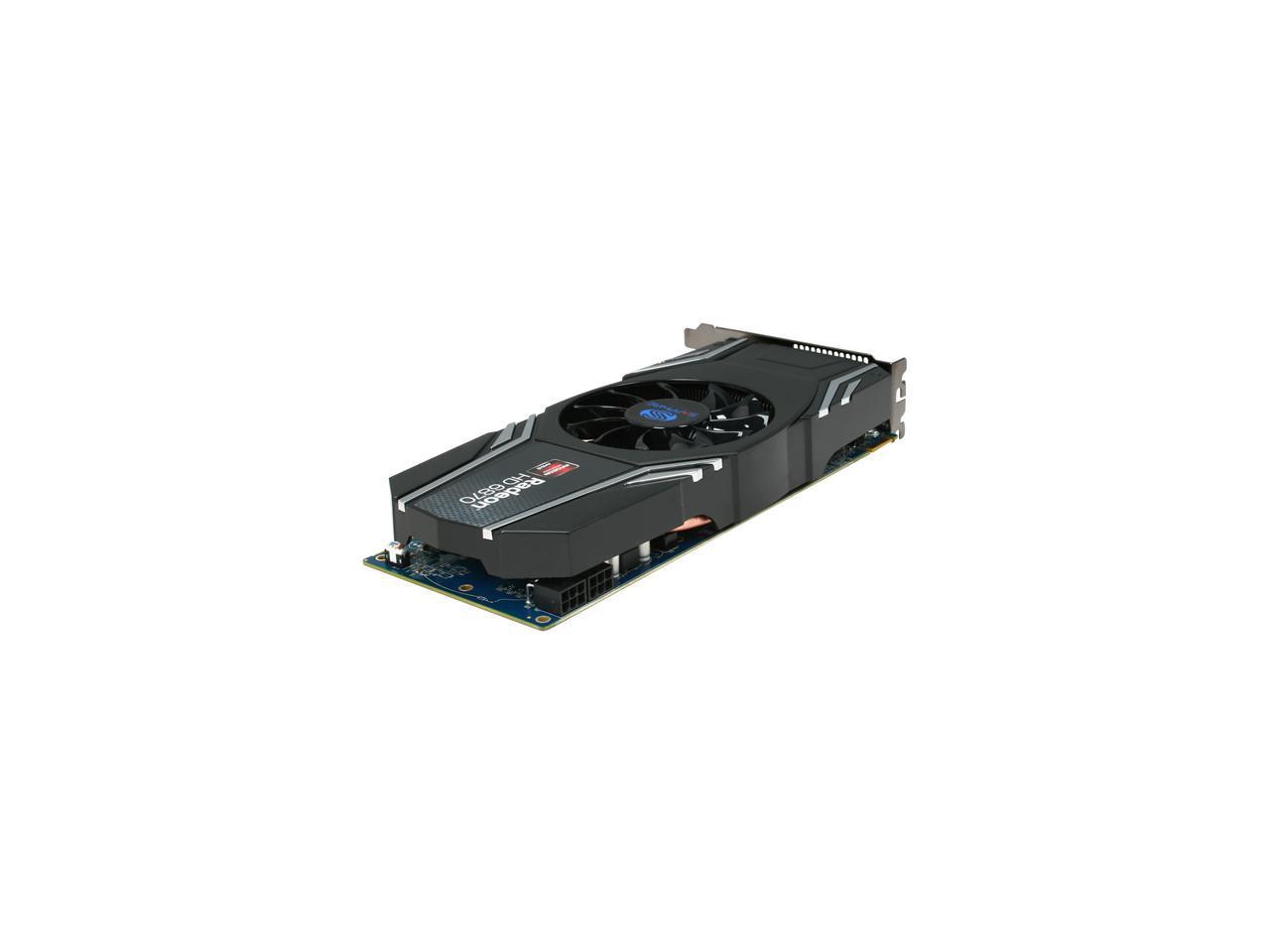 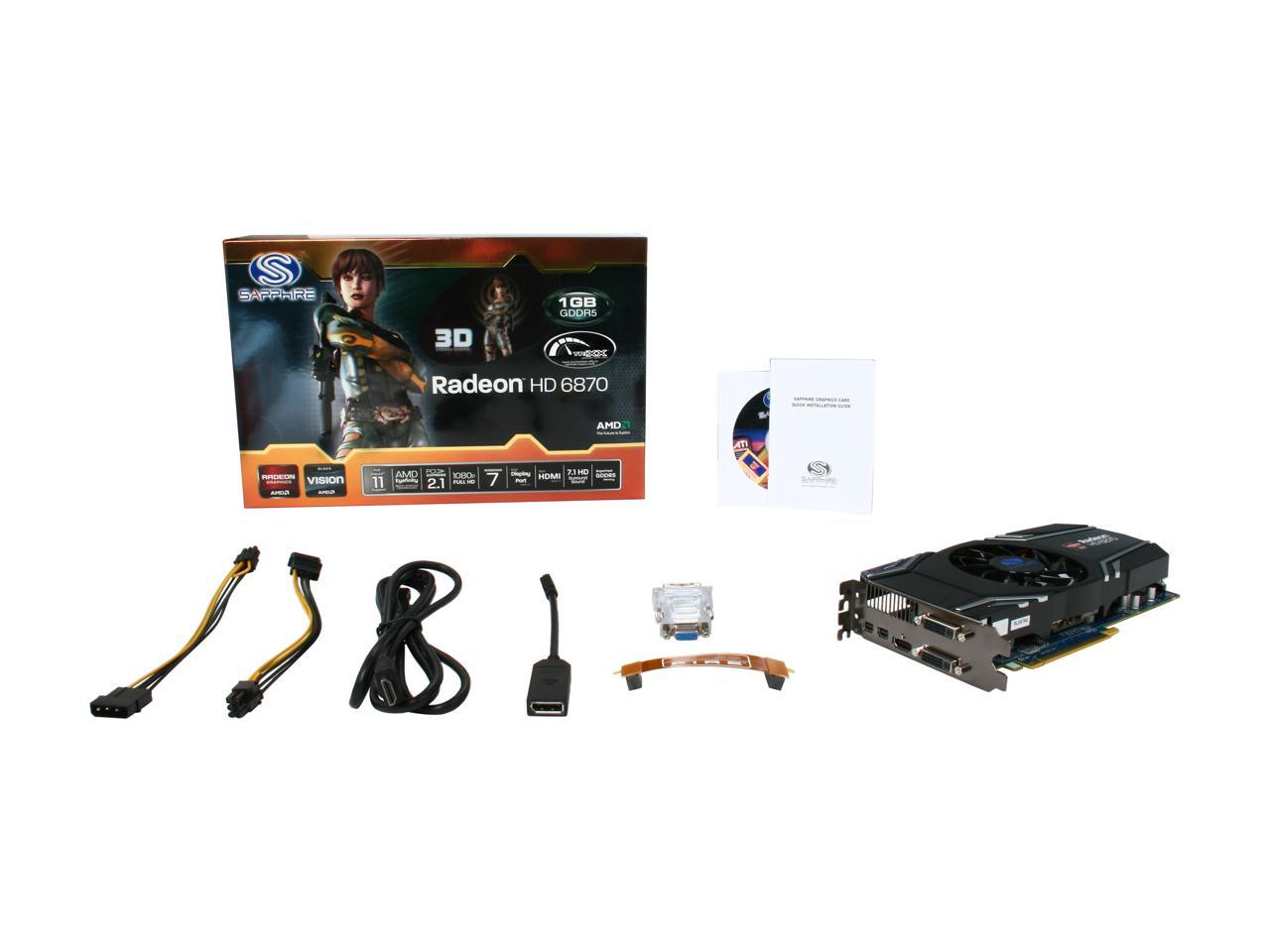 (93) Write a Review
OUT OF STOCK.
Specs
Reviews

Overall Review: Nice quality product with a lot of extras, cables, so on

Cons: none.. this is the best bang for buck since the 9800GT

Overall Review: best card under 200$.. and why? for $380 you can get a set up that will beat a GTX 580... Very smooth. virtually 100% scaling in virtually any game.. no micro stuttering.. run quiet.. and you only need a quality 750W to run these in CrossfireX. good card on it's own.. but in CrossfireX is where these will show there true power.. grab 2X and overclock to 1000MHZ and you have a very deadly combo...

Pros: Very gentle default fan curve. During l4d2 the temperature is 85C and the fan is still at 35%, which I can't really tell if it's louder than idle fan speed (24%). When running OCCT the temp got up to 94C and the fan went up to 55%, which is loud. It's not whiny loud or annoying loud, but you can definitely hear it. 45% is when the fan starts to get loud, and most games should fall under that with the default fan curve. I don't own a stock 6870 so I don't know how the noise/cooling compares under load. The fan curve is customizable using Sapphire's Trixx or MSI's Afterburner.

Cons: On an open bench at 1 meter away, it's not inaudible at the minimum fan speed, but you have to know what you're listening for. The fan produces a faint buzzing sound. Based on SPCR's review of the stock cooler the stock cooler is probably quiter than this card's cooler. If the card is placed in a case and/or you have noise source louder than an idle hard drive, I doubt you can hear it. No ram sinks, though the fan does blow downwards, so this may not be as important.

Overall Review: There are 3 heatpipes, 1 goes to the bracket-side and the other 2 goes to the power connector side. These heatpipes seem a bit thicker than normal. Most of the air is blown back into the case. There is a heatsink on the VRM, not a very large one, but it's there. The main heatsink is fairly large. It almost reaches the crossfire connector one side, and on the other side it ends between the letters 'd' and 'e' on "Radeon". The fins directly under the fan do touch the heatpipes.

Pros: The fan is quiet enough that you can run it at %50 with out really noticing an increase in noise. I ran Heaven 2.0 benchmark on Extreme at 1920*1200 everything maxed for 8 hours and highest temperature it hit was 76 degrees over clocked with 1.3 volts up from 1.167... Amazing!!! That is 10-15 degrees lower than the reference versions running stock speeds. This card overclocks fairly well with the Trixx software Sapphire provides for free with the card. I topped out at 1000MHz core clock and 1200 MHz memory on two cards in Crossfire! This is one heck of a card for the price so I bought two to run in Crossfire and it outperforms the Nvidia GTX580 and AMD 5970 with ease and costs less than both of those cards. This is a pretty good update from my 5970 and the free HDMI 1.4 cables area nice bonus!

Cons: None so far, I'm very impressed with this purchase!

Overall Review: Get two in crossfire and outperform the fastest video cards out there for little extra cost.

Pros: Operates very cool. The new fan housing keeps temps between 30-40 and is around 50 OC. Also runs quiter than the older model. Pulled in a 7.8 on the WEI

Cons: It is not completely enclosed so it does drop more heat in to the case than the older model.

Overall Review: Compared to the original Sapphire 6870, this card does run with slightly less power, a little cooler, and a little quiter, but you lose a little external exhaust. If you're deciding between the two I would go with this one.

Cons: Must be kidding...

Cons: I bought 8 of these, one arrived defective and had to be RMA'd. They're extremely loud and irritating at full fan speed. They stay cool at full speed but my word the noise is unbearable

Overall Review: 12% defect rate in the shipment I ordered... 8 6870's in 2 different machines, all 8 now running well... I had to use some foam to space the cards out to make sure the temps stay low enough. If you don't space them out the cards suffocate to 95C and I had to shut it down at that point. Also if you install them too close together, the fan on this card will actually scrape whatever is next to it

Overall Review: This card has chewed up and spit out every game I've feed it. Crysis, Dead Space and Call of Duty MW 2 Max settings. I have the card paired with an amd 965 Black Edition processor and 4 gigs of RAM. Don't waste money crossfiriing this card. You don't get much of a performance boost anyway. Finally I can play my games the way they were meant to be play. Ordered the card from NewEgg on Tuesday and received it the next day on Wednesday. Great experience overall!