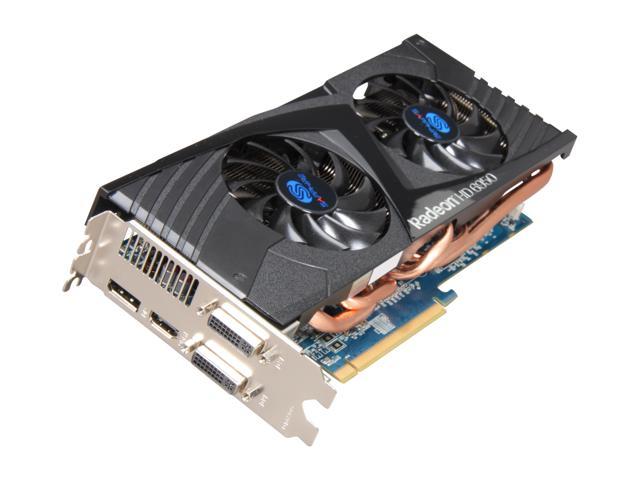 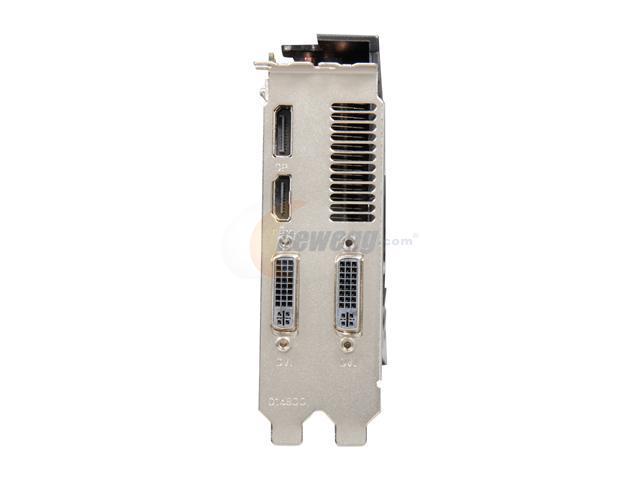 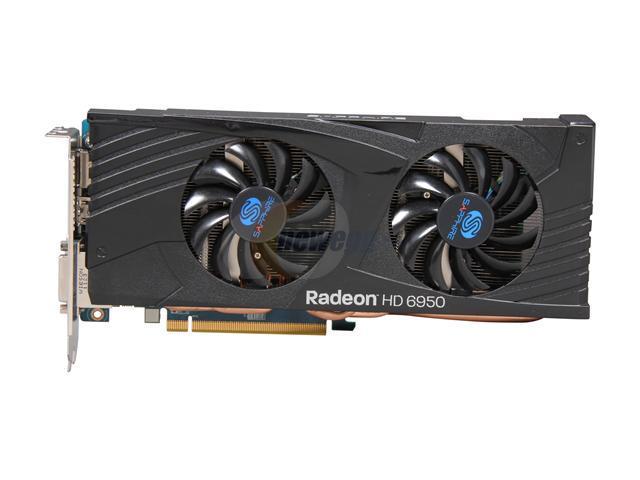 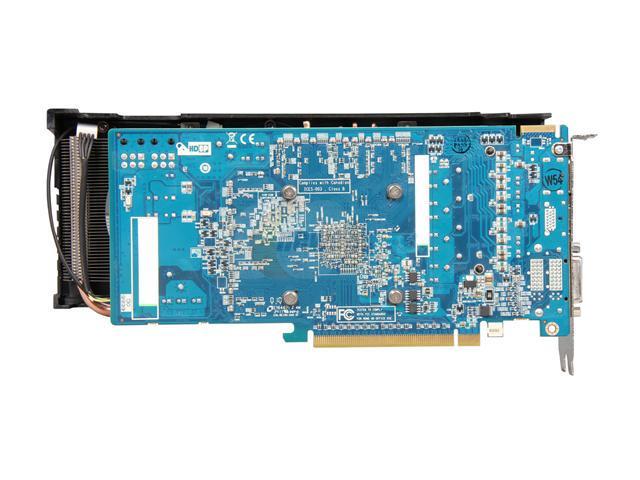 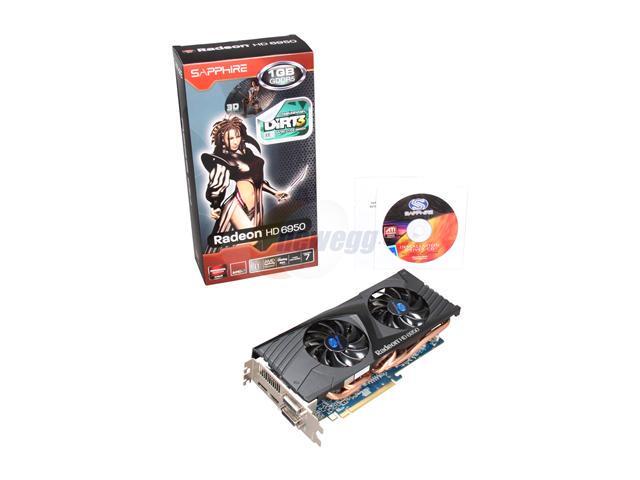 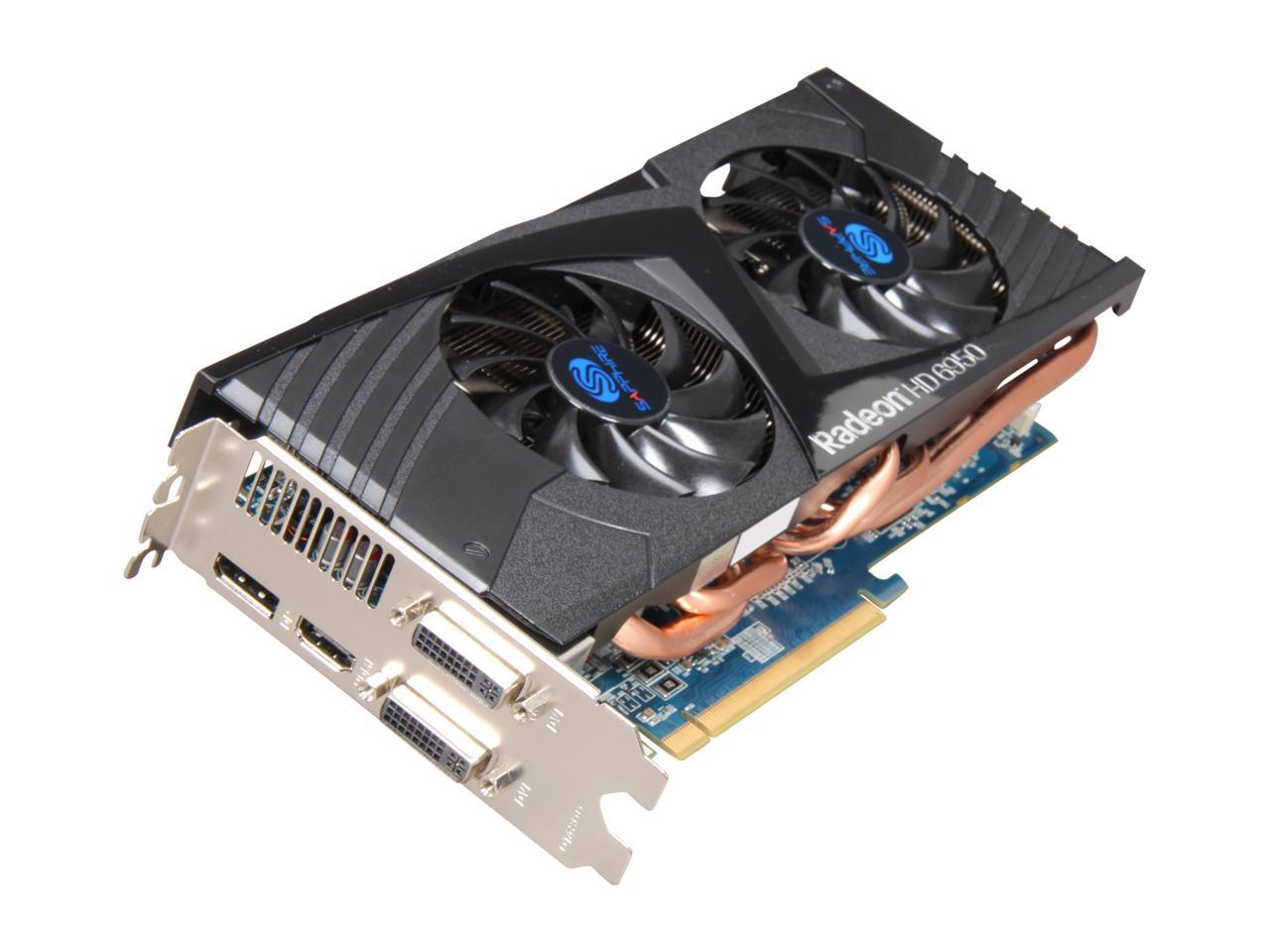 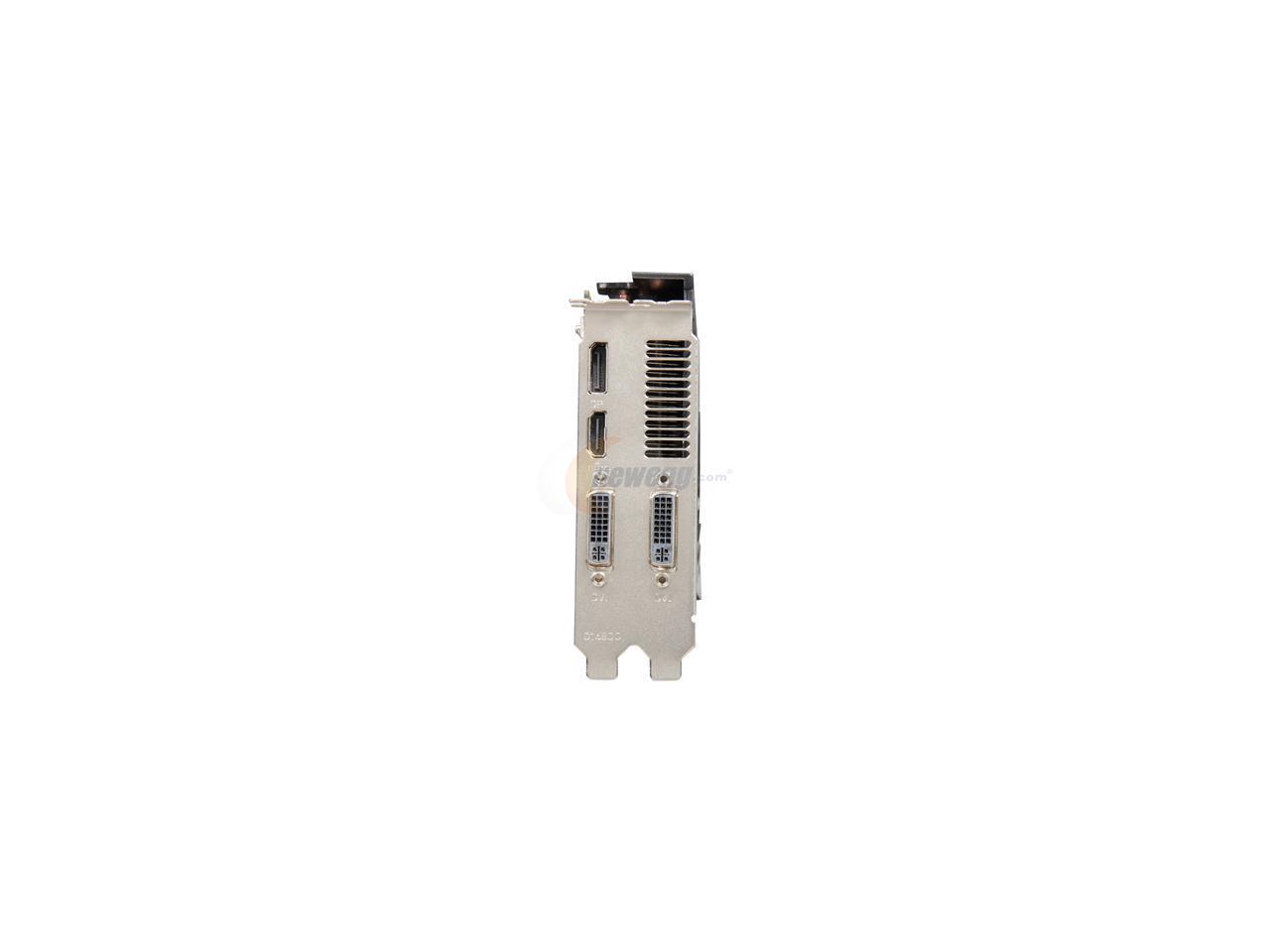 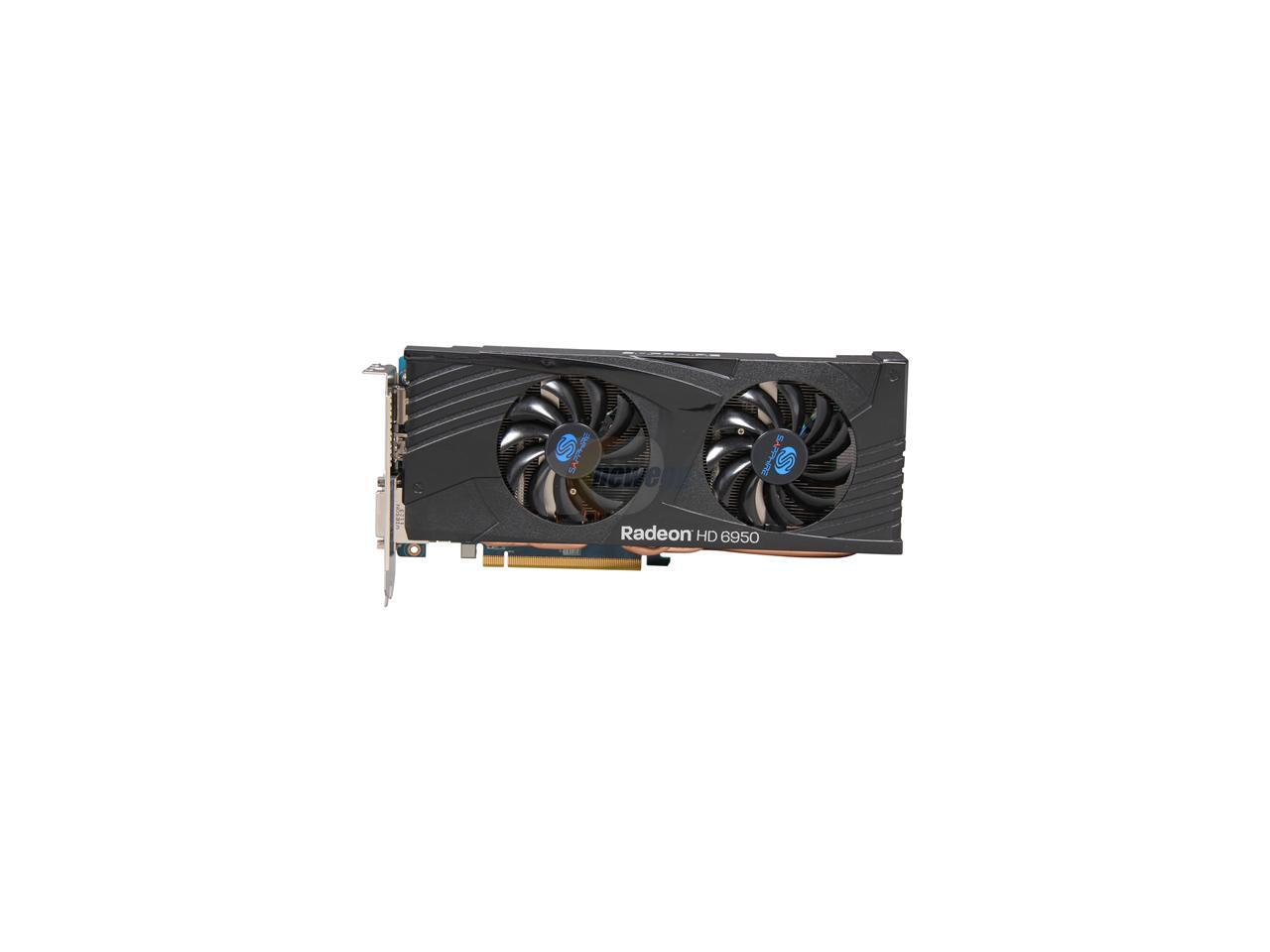 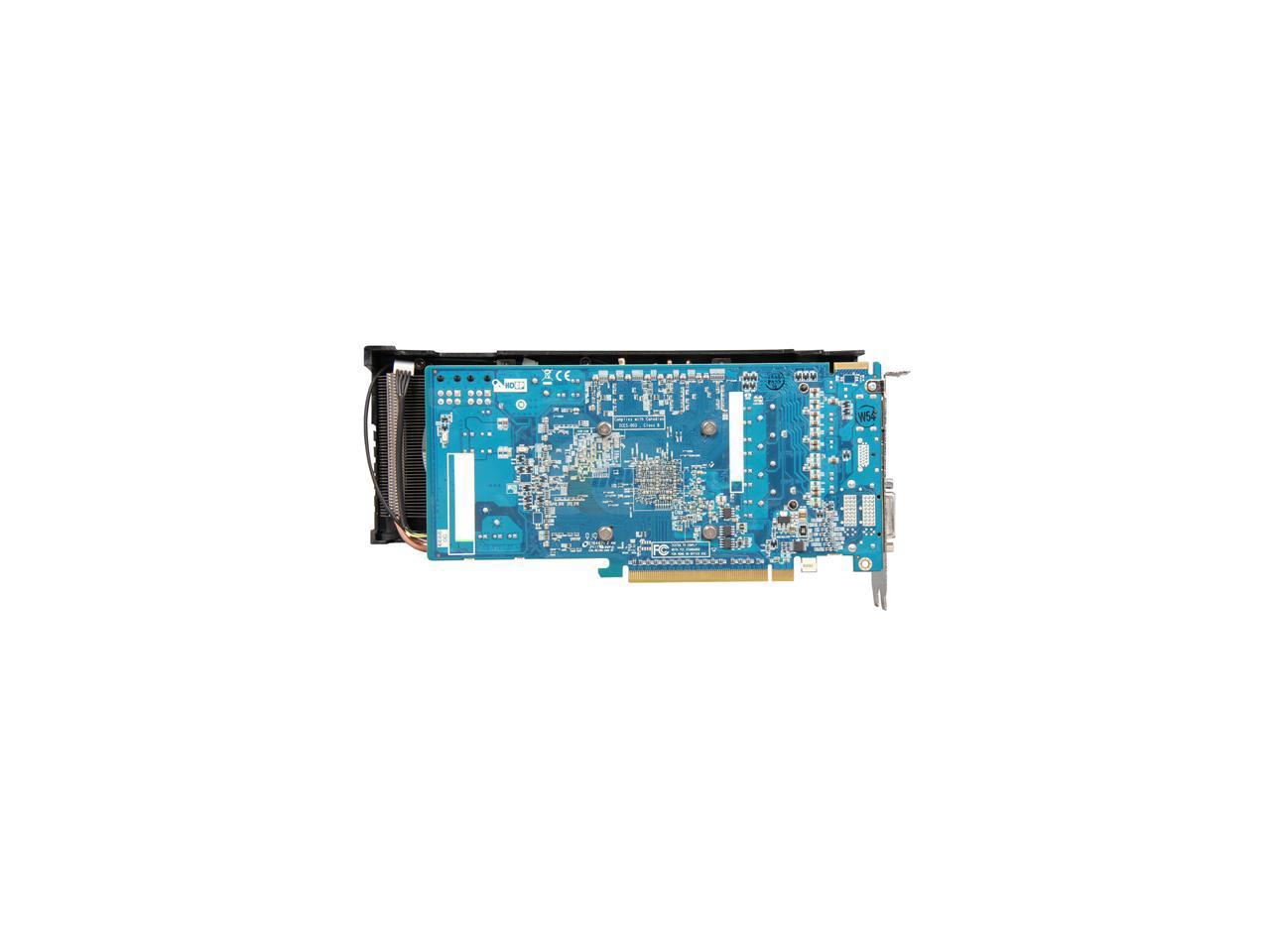 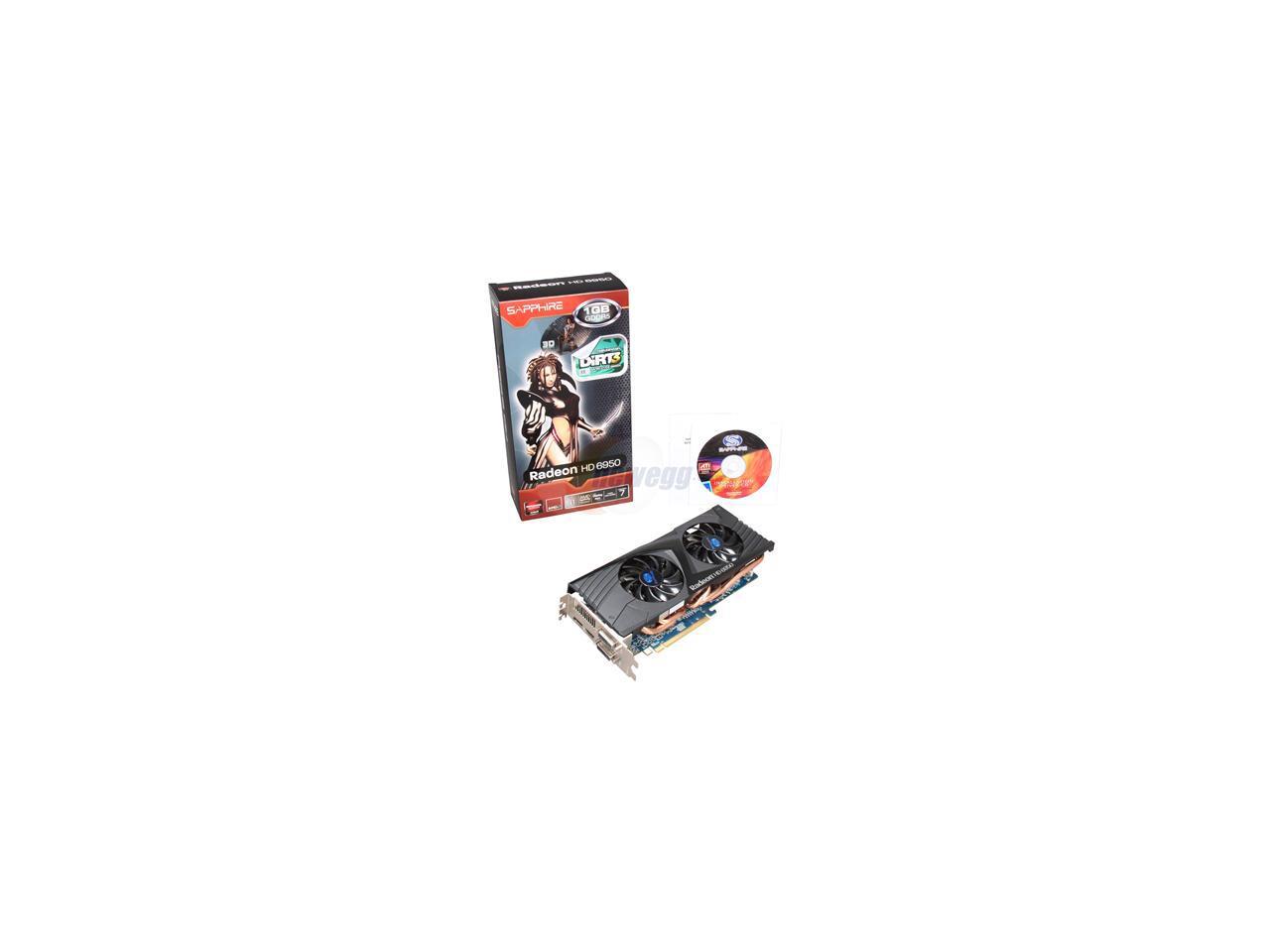 (29) Write a Review
OUT OF STOCK.
Specs
Reviews

Pros: Super fast card, great cooling, quiet even on 100% load, UNLOCKABLE to 6970 (at least both of mine were). Voltage adjustable with Sapphire TRIXX. With voltage at 1.18, overclocked to 900+ MHz. (but limited by Powertune)

Cons: I bought two of them and one of them had a problem where the fan would rattle (probably because of the somewhat flimsy shroud) so it's going to be going back soon. Only 1 crossfire connector so no more than 2 are supported in crossfire. AMD Powertune keeps you from overclocking too much if the shaders are unlocked, even with the setting at +20, which kills the point of it.

Overall Review: Great cards, Sapphire has always been my value brand of choice for AMD cards.

Cons: I dont have much that counts as a con since it has noting to do with the card

Cons: Does -not- come with a Crossfire bridge. So if you plan on setting one up be sure to purchase one with your card(s). I was very agitated to find out it didn't come with one.

Overall Review: The cards seem a little flimsy. Could have put a little more effort into a better enclosure.

Pros: The card is quiet and cool, runs games very well (the Battlefiled 3 Alpha looks very nice) and a very nice upgrade from my previous card.

Cons: The only gripe I have with this card is that Battlefield Bad Company 2 is having some issues (black bars) I am not sure if it is driver compatibility problems or what, but I am going to look into it. A possible RMA in the near future just in case.

Cons: Could have come with better instructions for a first time system builder No real cons.

Overall Review: Windows Experience Index gave this card a 7.9 on my computer at stock settings, with a 2500K, 8GB of RAM on an Asus P8Z68-V LX. I simply popped it in and installed the latest Catalyst drivers off of AMDs website and it was good to go. I have it running BF3 at 1080 on ultra settings getting around 50fps constantly, which is way more than I expected from this card. It fit perfectly in my Rosewill Challenger case. It's hard to say how loud it is since the rest of my case is a little louder than I thought it would be.

Pros: Can play BF3 at 1920x1080 with all settings on Ultra except for deferred AA, which I keep off. I don't get a solid 60 FPS, but I'll average between 40-60 and dip below 30 only on very rare occasions. It is absolutely playable, which honestly kind of surprised me. All other games (Deus Ex, Shogun 2, ect.) can be maxed out with 16xAF/8xAA with no problems whatsoever. The 560 Ti is a great card, but after the problems it and Nvidia's drivers have been having with BF3, hopefully the myth of AMD having "bad drivers" will finally be thrown out the window. I haven't had an ATI card since my lowly 9600 XT, and I've been pleasantly surprised by the stability of their current drivers and the features they offer.

Cons: My card idles fairly hot, around 50C if I don't apply a more aggressive fan profile. With a moderately aggressive fan profile that drops down to 40-45C though, and load temperatures rarely top 75C. The fans are quiet at low load, but when they whir up they tend to rattle and buzz a little. This card is definitely louder at load than my old GTX 260 C216, but not by much.

Pros: Considerable improvement over my Sapphire 5770. Maxed out HAWX 2 (I know the game kinda sucks, but I was curious) at 1600x900, the max resolution for my monitor. Last summer when I did my build I thought that the 5770 was the cat's meow, but this card is absolutely amazing! Definitely a great buy, from a great manufacturer. I'll definitely be sticking with Sapphire.

Cons: AMD's drivers apparently have a difficult time recognizing AMD's GPU's. After considerable frustration and screaming I got (almost) everything taken care of. Won't take off an egg because this is apparently a known problem with AMD drivers. Board is HUGE! Covers 2 of my front facing SATA ports. It's about a good 1-1.5" longer than the 5770. Raised the temp inside my case a few degrees C. Not dangerously high, but from like 33 to 36 at idle. Under load it's even more than it was before. Box came slightly torn on top, but was still a new card. And UPS decided 3 day shipping meant 5 days. Not Newegg's fault, at least with UPS.

Overall Review: After looking around at different cards, both AMD and Nvidia I decided to stick with another Radeon for the price and performance for said price. Went with this instead of the 2GB model because after reading some reviews on Tomsharware and Tweaktown I decided a few FPS really wouldn't matter. I normally don't bother to try with the MIR, but I think I will this time.

Pros: So the card I was given was a reference board with the bios switch (very small black switch located near the crossfire connecting pin). Had no problems with installation of drivers. Shakers unlocked and currently runs near 55c at 900 mhz core clock and 5350 effective memory clock (@ 1080p I don't see it needing to be higher at this res) with voltage set at 1150. Couldn't be happier with the performance of the card and the quiet aftermarket cooler that sapphire installed.

Cons: For the card itself I have no complaints. For the value of this bundle I've seen better. Especially the dirt 3 edition. However for the performance of the card I don't mind much at all. Another thing to consider is the fact that it only has one crossfire connection so more than a double gpu with these cards is unfeasible. For my purposes I can't imagine needing more than two of these for any currently available game.

Overall Review: I've played Skyrim for several hours and it recommended ultra high settings. Unsure of framerate but gameplay is extremely smooth. On WoW I've got it set at preset ultra. In firelands 10 I ran a steady 40+ fps. Extremely satisfied with this card.