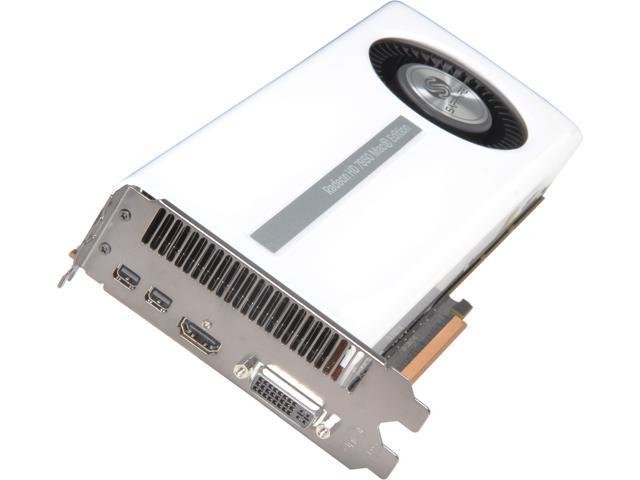 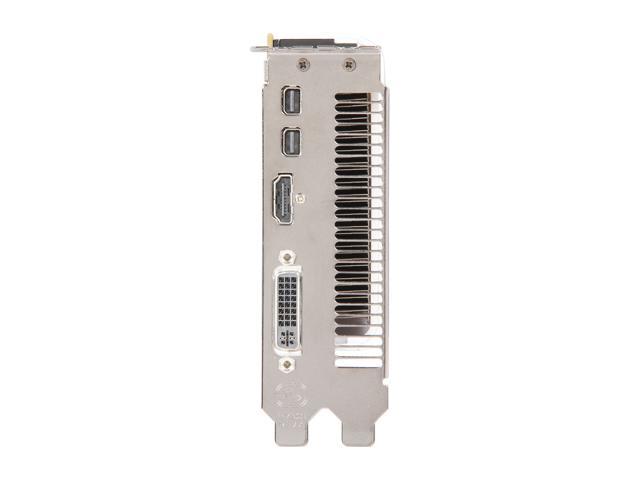 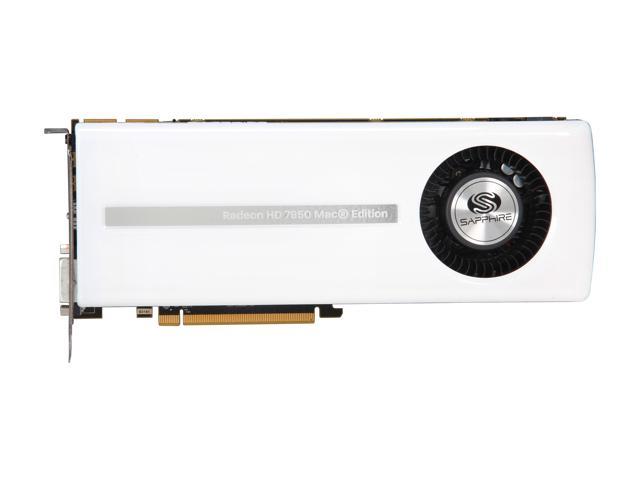 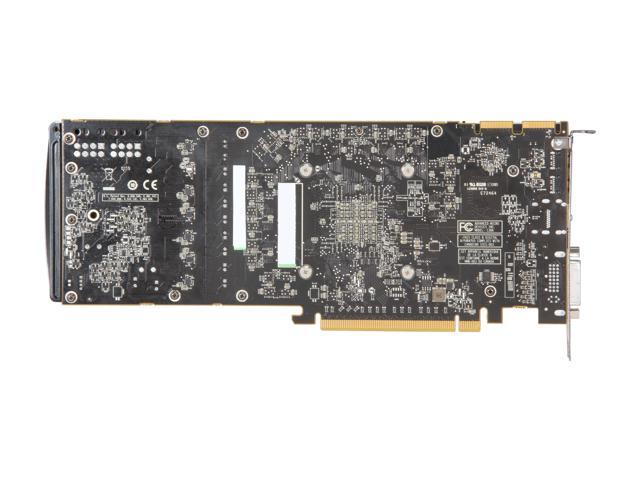 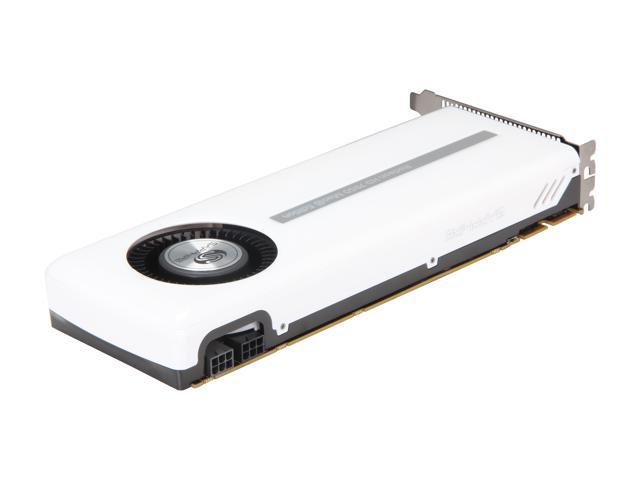 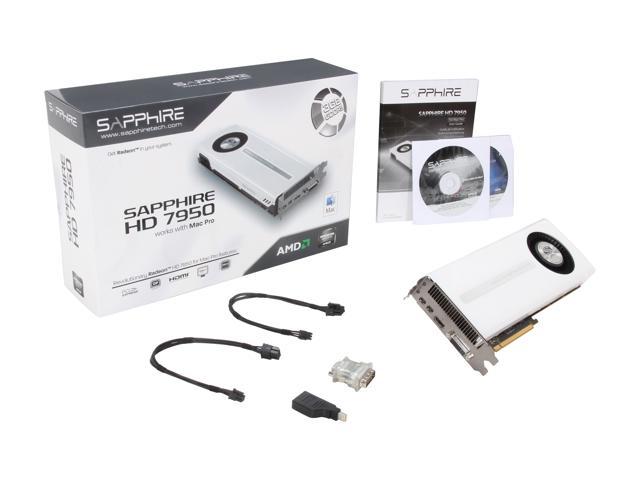 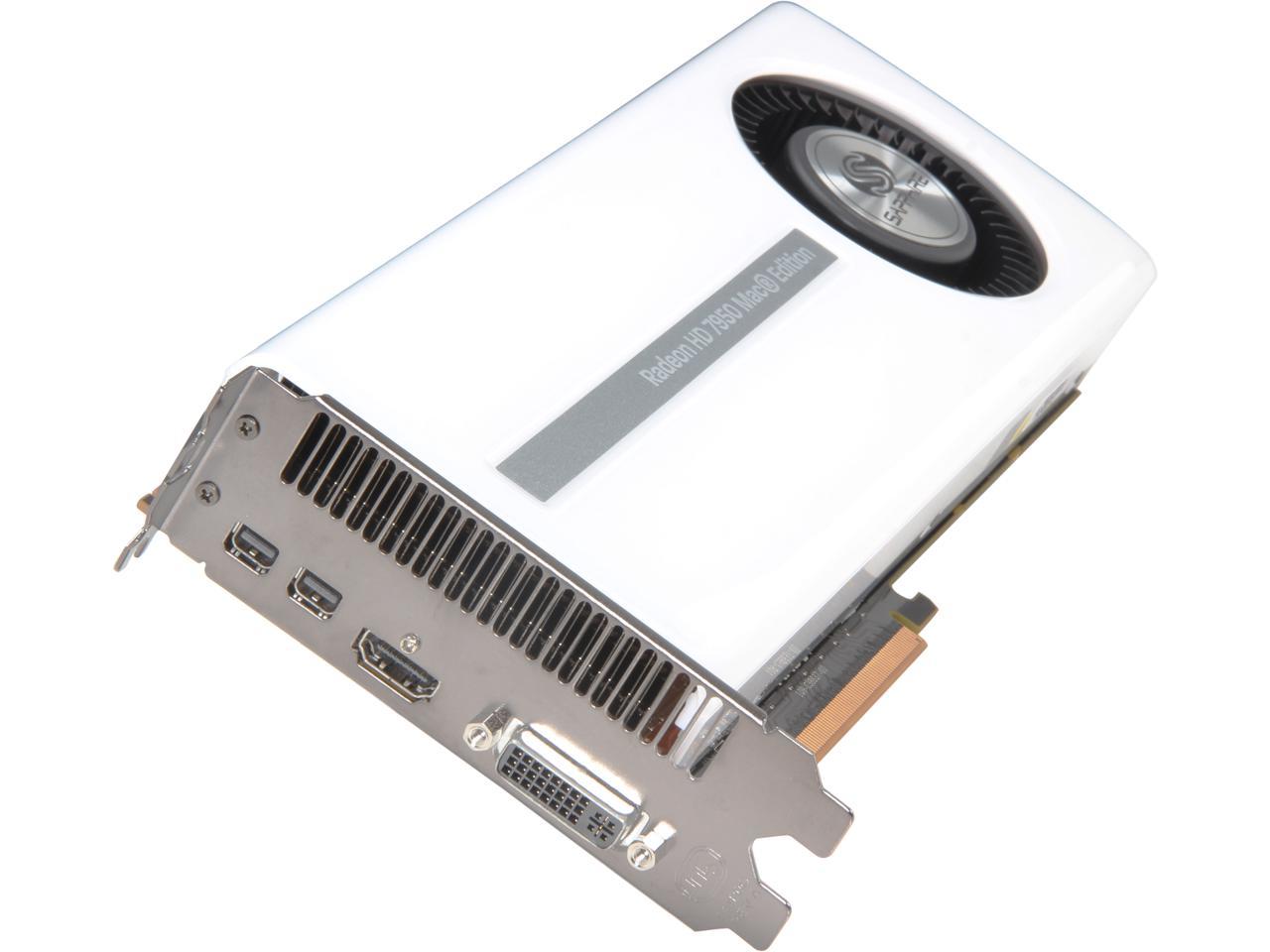 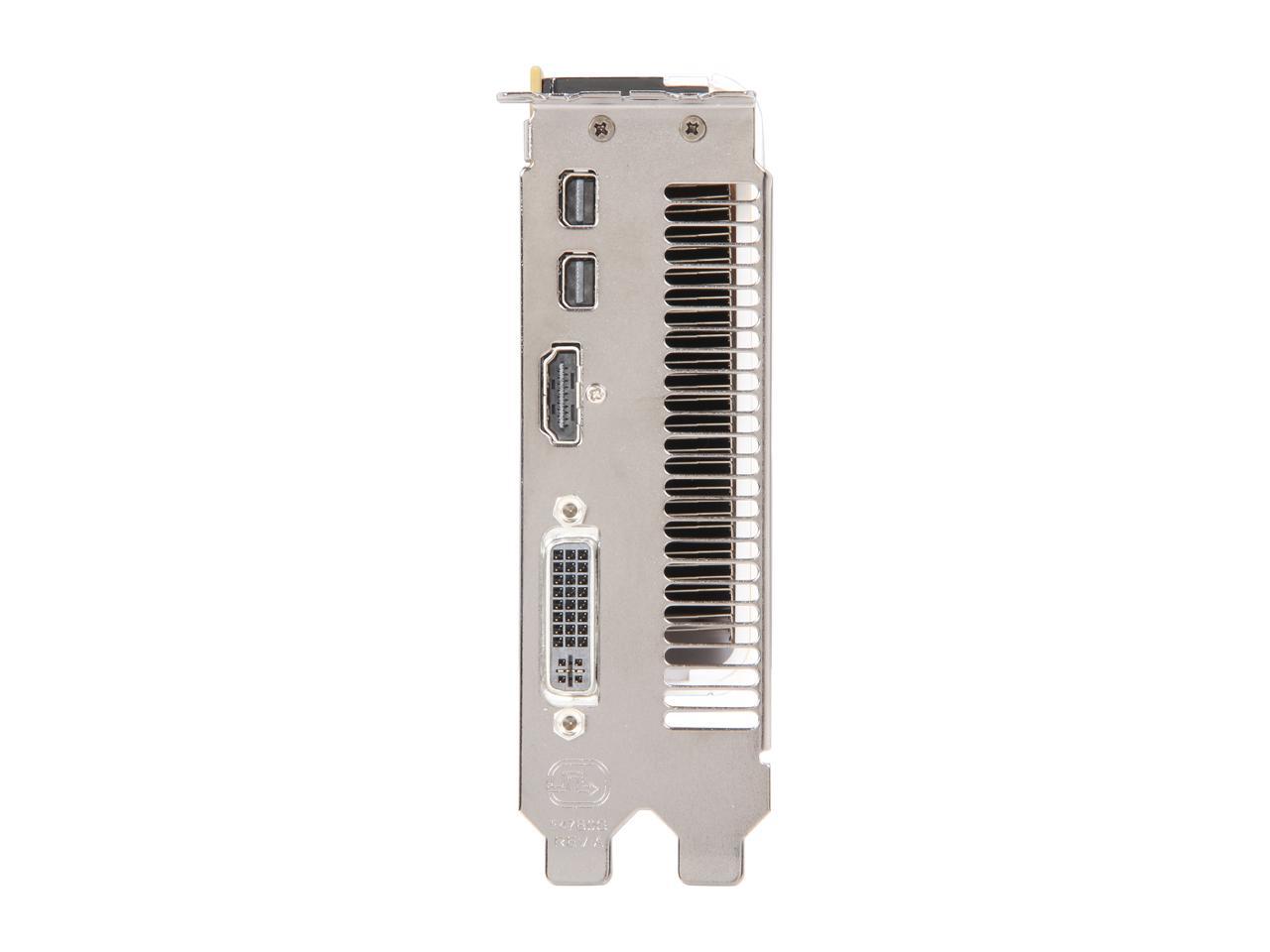 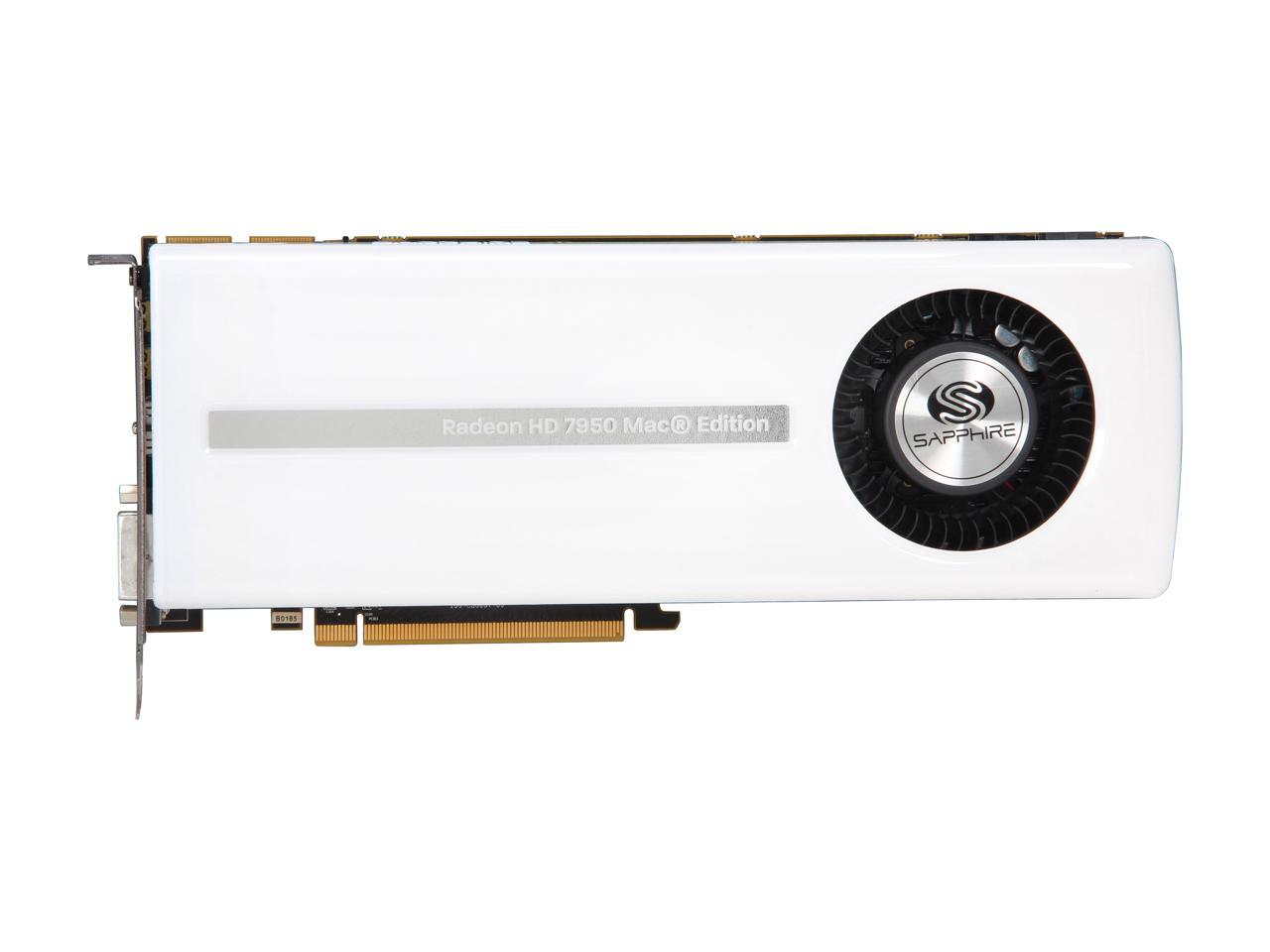 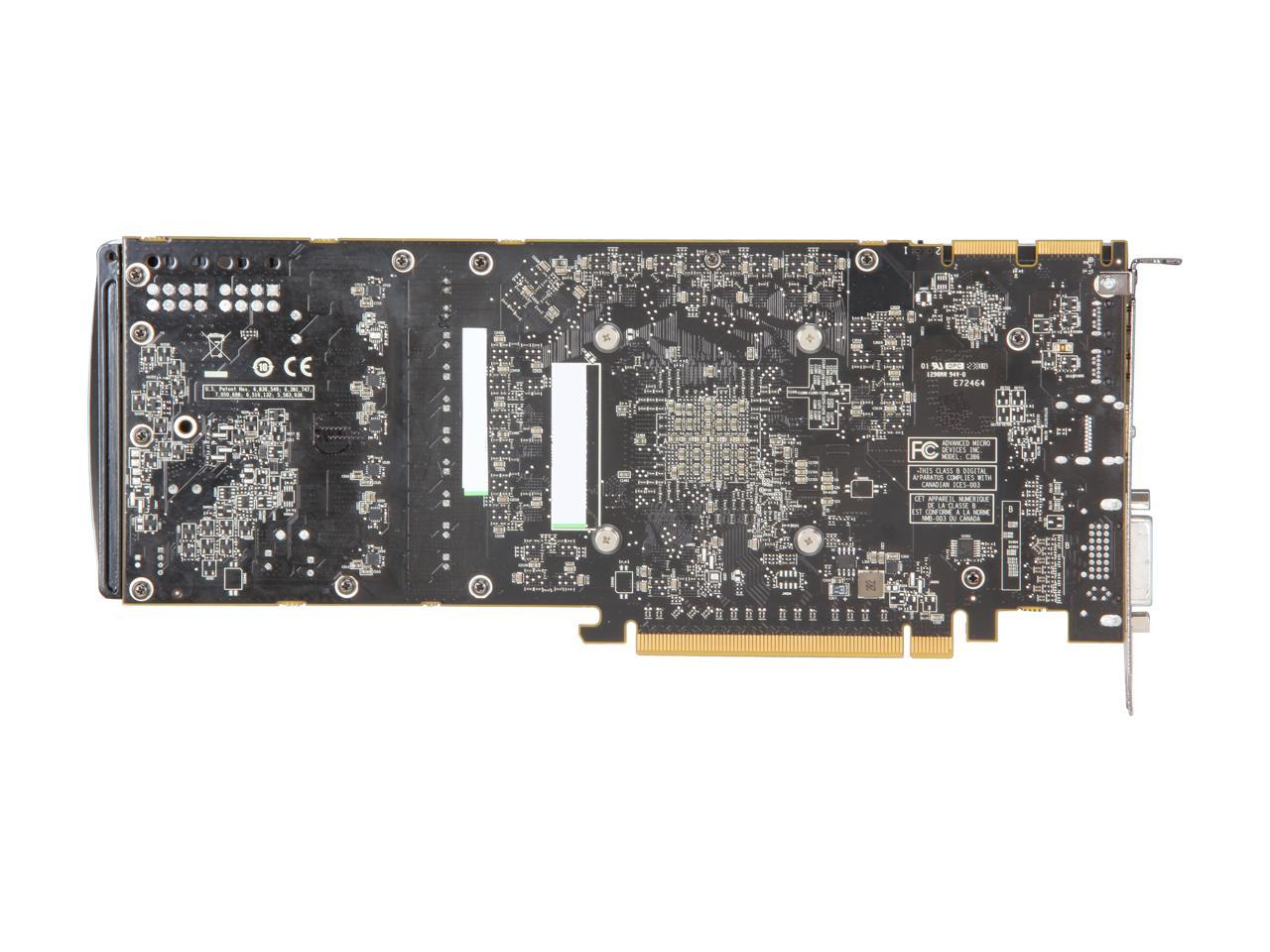 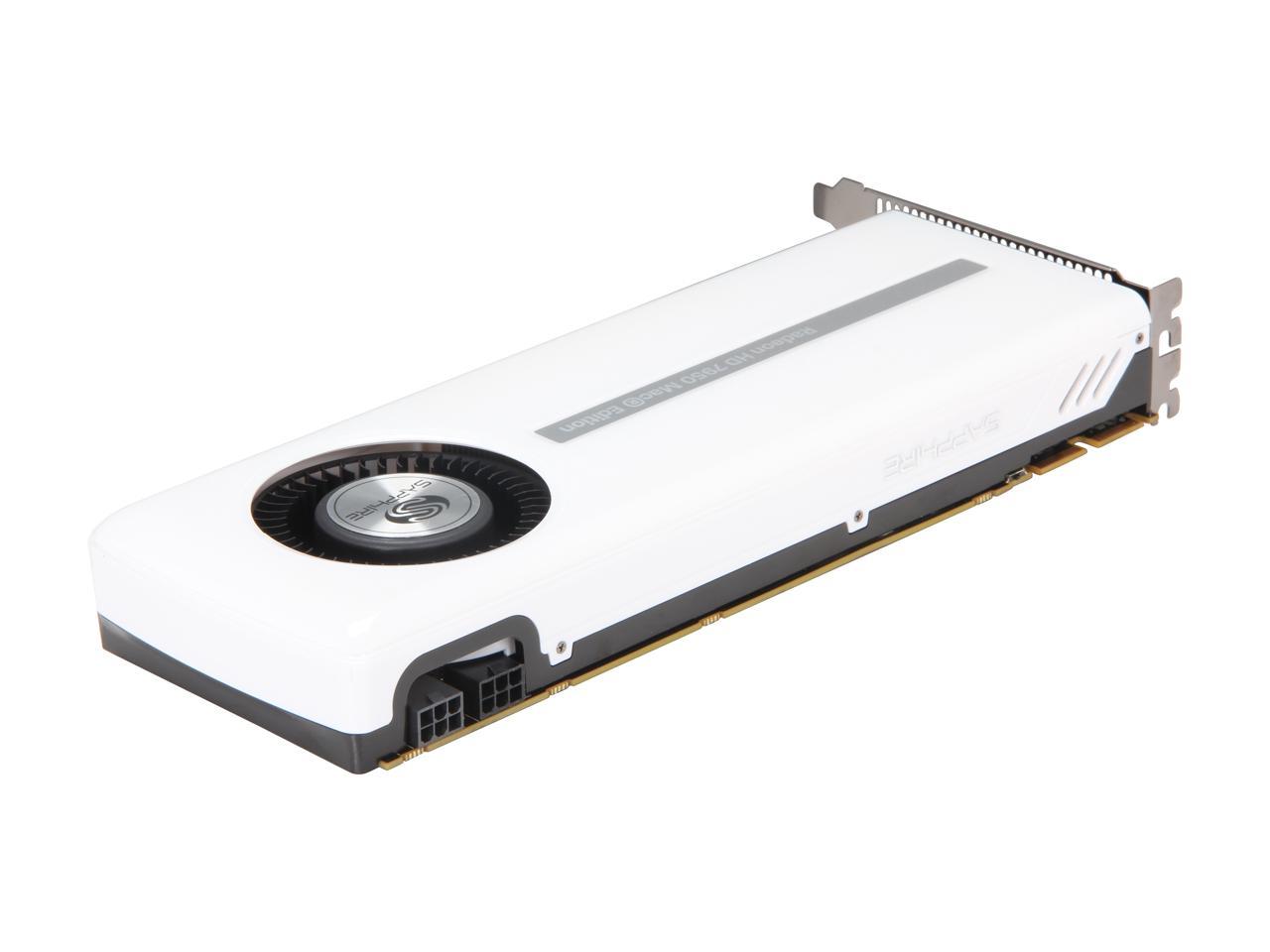 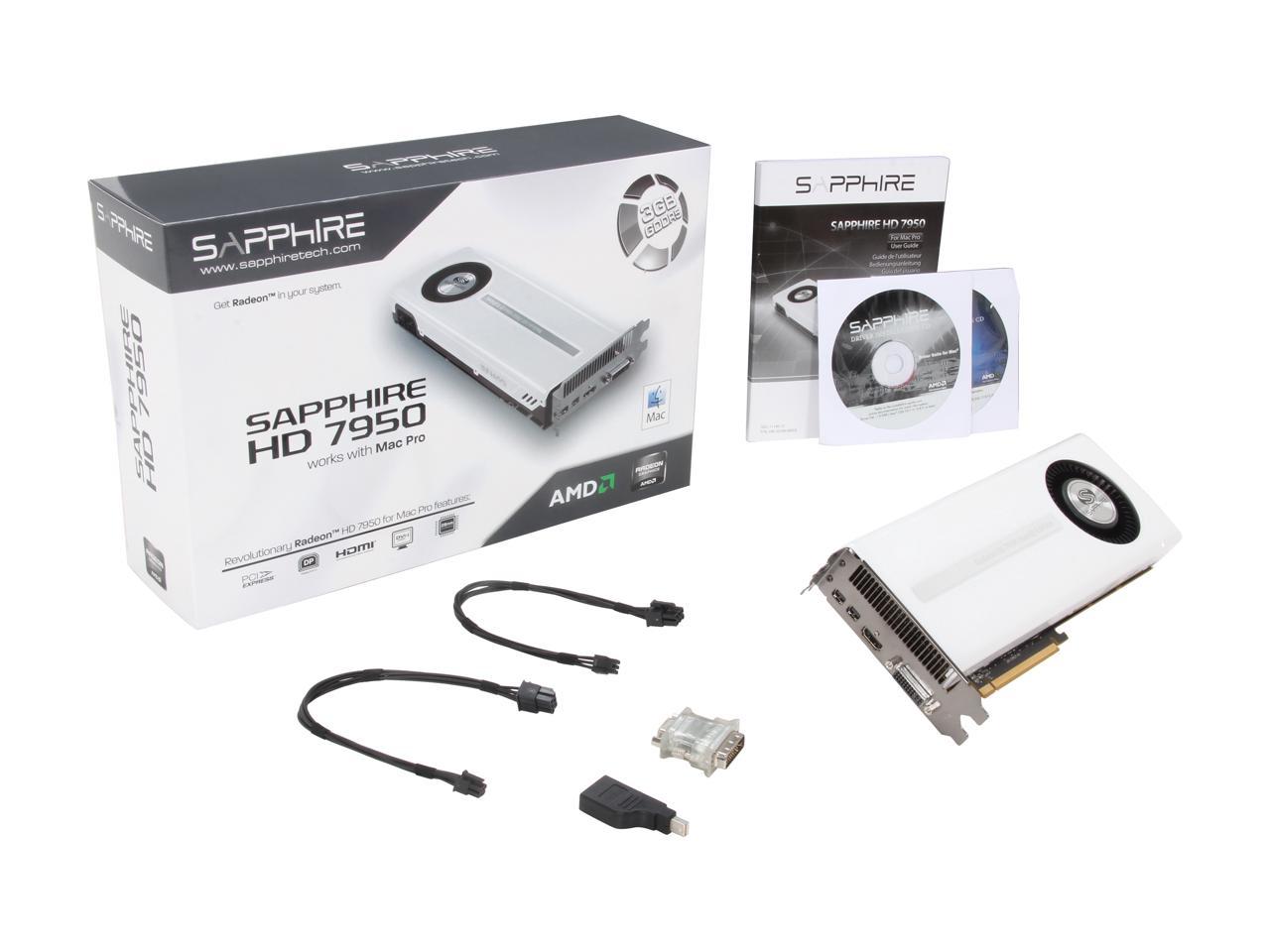 Pros: *Finally we get a working option to upgrade without firmware hacks *Takes up less space then the ATI 4870 it replaced *Quieter than the card it replaced! *Has more connection options then the card it replaced *Mac Pro booted into 10.8.4 no problem after insertion *Comes with gold membership on Sapphire support site *Comes with two special 6-pin PCI-E power cables that fit the Mac Pro (I already had these same cables from the original card and so I used the existing cables, which appeared to be exactly the same) *The card's manual claims this card supports 4K resolutions on DisplayPort and HDMI connectors! *Since it has 4K support hopefully when any new Cinema displays are released, this will work!

Cons: *It doesn't correctly have a full length bracket and so the the back of the card isn't supported inside the computer *Doesn't have a metal core to support the card *The card has four metal bolts supporting the heat sink's back at the right height to be inserted into the slot while it's laying on it's side, those bolts seem like they would scratch the inside of the case as you push in the card. *OSX 10.8.4 started the first booted with a scaled display, this was not very readable and I had to manually set the resolution back (not the biggest deal). *Has a select-able firmware mode switch, check that the switch is correct from the factory before installation.

Overall Review: I've had the original card in the machine since I purchased it in 2009. I'm not really a gamer however the original card ran extremely hot, had artifact issues with some of the display port adapters and generally had a loud fan. This may cost a little more and not be the latest tech, but I wanted to drop-in replacement that I could still boot to the Mac's PROM or option screens. This was certainly cheaper then any replacement card sold by Apple. Mac Pro Specs: 2009 Model Dual Procs (Quad Cores) 2.26Ghz 96GB RAM 10TB hard drive space 512GB OWC PCI-E SSD Sonnet tech ESata 6G External SATA Card ATI Sapphire 7950 Gfx 3GB

Cons: There is one issue with the card that has made me give a 3 instead of a 5. I have a two monitor setup one in a horizontal position (primary) one in a vertical position (secondary). When moving windows across the screen on the monitor in the vertical position I would get lines across the screen. They would stay until I forced a refresh by re-clicking clicking a window or object. Very annoying but not a show stopper. I tried all ports DVI, Mini, HDMI and still had the same issue. I rotated the screen to horizontal. Figuring it to be a problem with the firmware that was overlooked in manufacturing and contacted Sapphire. Their conclusion was, it was artifacts and I should RMA the card. On the chance they might be right I did, Newegg was wonderful about doing it and I soon got a new card back. As I suspected the new video card has the exact same issue. Not wanting to spend $100 more for the geforce card that would go in an old system, I am keeping the card and have placed my secondary monitor in a horizontal position. Hopefully a fix will come for maybe a new driver or firmware. The issue does not seem to exists when booted into Windows, but that hardly matters since the secondary monitor is not on when I game.

Cons: Price. It is pricey but cheaper then the mac 5870 considering

Overall Review: I wish it was the 7970 ghz edition but oh well.

Pros: Amazing specs compared to the 5770. Just as quiet as the 5770 when idle. In a 2008 Mac Pro, Unigine and OpenGL benchmarks put OS X graphics performance at over 2x as fast as my outgoing 5770. Under Windows 8, Resident Evil 5+6, Unigine,and 3DMark benchmarks put DX9 performance at 2x-3x better, DX10 is 1.5x-2x better, and DX11 is 2.6x better. Real world testing with programs that use OpenGL, OpenCL, DirectX, DirectCompute all show noticeable improvements. Games such as SimCity, WoW, and Diablo 3 show the most dramatic improvements while programs like Aperture, FCP X, Motion, Premiere Pro, and Photoshop CS6 show more modest, if barely noticeable (a few seconds or FPS), gains.

Cons: Expensive It does get a bit louder than idle, but not much louder than my outgoing 5770. It's limited to PCIe 2.0 until Apple can release a Mac Pro with updated PCIe slots.

Overall Review: This card has brought new life to my aged Mac Pro. $479 is a bit steep for a card that's no better than a reference model, but well worth it in extending the usefulness out of my Mac. Sure improvements vary from program to program, but overall still a worthwhile improvement for me.

Cons: well.. plugged it in, it ran 70 plus C IMMEDIATLY... graphics were beyond choppy... and when plugged into DVI... graphics were blurry.. just horrible. If the replacement I get is the same, i'll return and get my money back... and go back to my 5870 which isn't a bad card...

Overall Review: h o l y over priced!!! just cuz it's for mac they can charge over twice what it should be...

Pros: Two mini displayports so that you can use two Apple Cinema Displays. NVidia sadly doesn't have that on their Mac versions. Gaming performance was increased over the stock Radeon HD5870. (My system is a 2010 Mac Pro 3.33Ghz Intel Xeon (6 core) processor with 24 GB RAM. )

Cons: There was no noticeable difference in the 3D apps I use (Modo, Maya, Mudbox, Realflow or Houdini). Mudbox actually fared worse with this card and Modo only saw a .1% framerate increase in a few tests I did with large scenes.

Overall Review: Maybe its the drivers that need tweaked or maybe I'm expecting too much out of this card.

Pros: Super quiet when in idle. Adobe After Effects renders have sped up and saw improvements over across All Adobe CC programs. Easy to install

Cons: She's a power hog. With the new card my machine is now a power hungry animal (750w).

Pros: It is the best Mac video card out there (boot screen, etc) for Mac OS About as quiet as the 5770 at idle. Minidisplay ports, wish all cards came with them

Cons: Expensive Noticeably louder in games. Would have appreciated a custom quiet cooler for the markup in price instead of the blower.

Overall Review: Title says it all. This purchase finally convinces me that my 2009 Mac Pro is at the end of its career. The card is a decent upgrade over my 5770. It seems better than the 5870 I briefly had but returned to Apple due to heat and noise. As a 2009 owner, would I buy it again? No. If I had a 2012 model, maybe. Just know that if you do buy it here Newegg's VGA Return Policy is really a "Replacement only" policy.